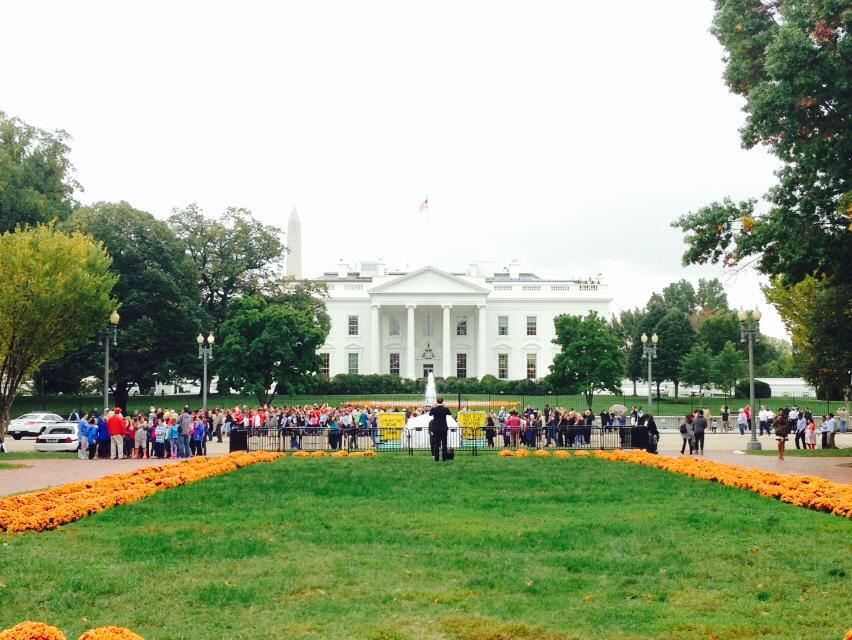 After exploring Washington DC in depth, I can now honestly say that among all of the cities that I’ve visited in the US (which is not a lot as of now), Washington DC is my favorite big city. If you’ve been reading this blog for quite sometime, you probably know that I’m not a city girl so for me to say that DC is a favorite of mine – that definitely means a lot.

It may not be as popular as Los Angeles and New York which baffles me big time since I’ve visited those two cities as well and it didn’t really impress me as much as DC did. New York was too crowded, polluted and congested whereas Los Angeles is… well, Los Angeles. DC on the other hand is marvelous!

WHY I LOVE DC?

1. I love that it is very diverse. 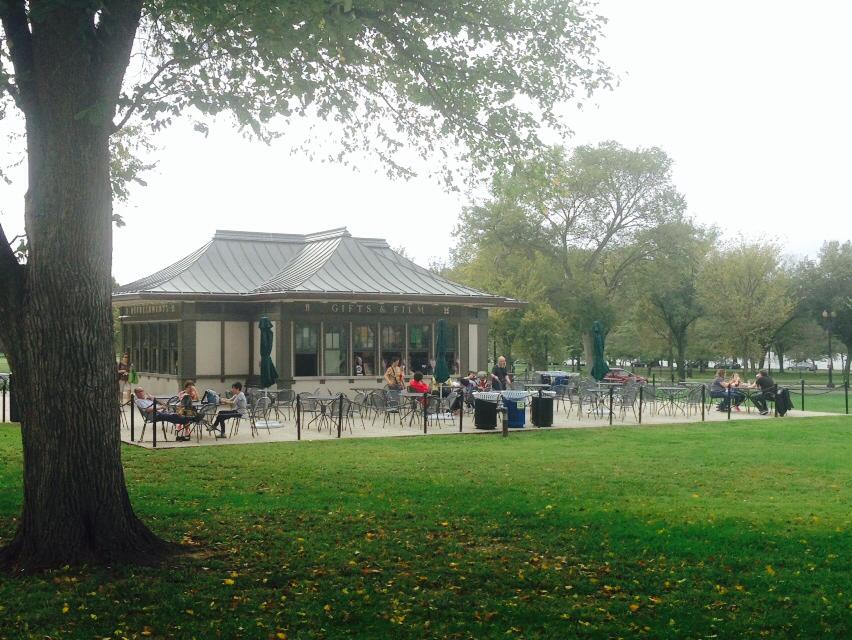 In DC, you’ll meet people from all walks of life and from different nations. It somehow reminds me of Dubai, somehow. Why is it a good thing if a city is diverse? If a city is diverse, then you’ll be sure that it will be able to cater to all kinds of traveler – from budget travelers to luxury ones and not to mention it will have restaurants offering exotic cuisines in a price range fit for you. I found a high-rated Ethiopian restaurant in the middle of Georgetown, not even Dubai has one.

2. I love that it is safe, well-planned and organized. 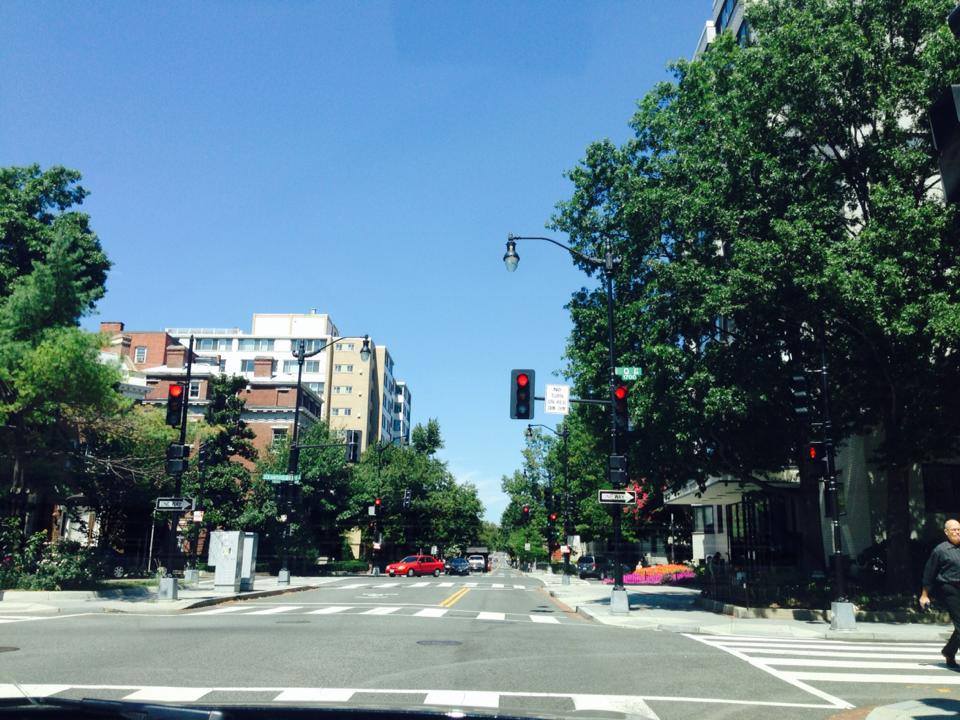 I never felt threatened in all those times that I visited DC but I must admit though that most of the time that I was frolicking around the city, it was daylight. I think there would be no problem for me though to explore it at night. In fact, I’m planning to do that one of these days as I’ve been told numerous times that the monuments are so much better to see at night. The city is also very well-planned and organized – most of the tourist attractions are concentrated in one area alone so that makes it a lot easier for tourists to go around and be able to see the major attractions of DC.

3. Most of the attractions are free of charge. 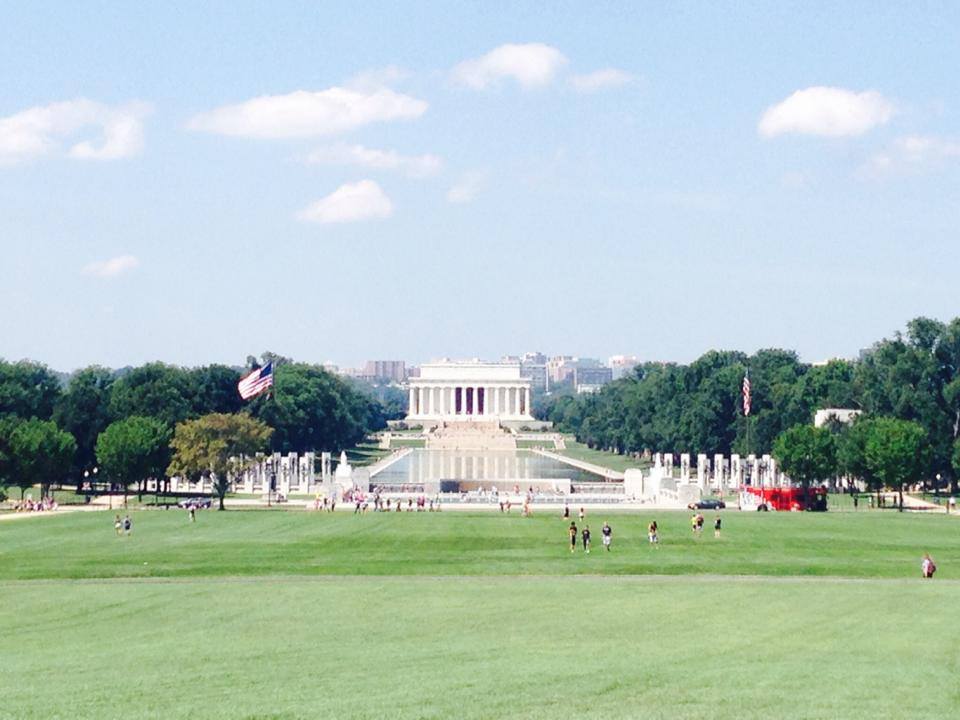 I have never paid anything to visit a place while in DC. So just imagine how cool it is to experience history in one of the Smithsonian Museums for free? That for me a great selling point for a city.

4. The whole city is pedestrian-friendly.

It’s not very hard to navigate your ways around the city on foot. When I found out how expensive taxi cabs are in DC, I have always explored it on foot. They do have a great subway system too which I am yet to try since I always preferred to walk from one place to another. You never know what you’ll miss if you take the subway. 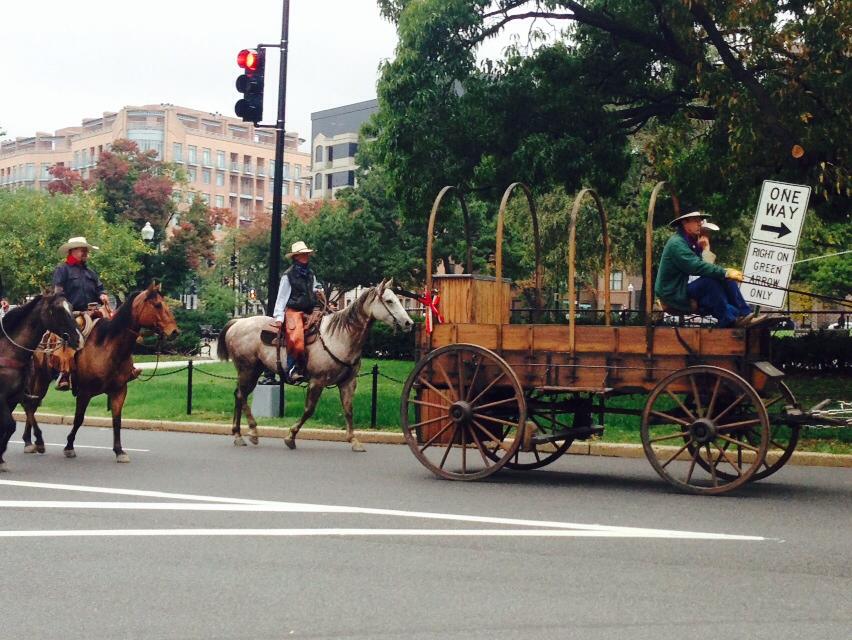 Just another day in DC… 🙂

5. I love that you can actually see the sky in DC.

Thanks to the law implemented in DC for the maximum height of a building, it doesn’t feel like the whole city is trying to succumb you.

6. It is very centrally located.

It’s very easy to explore other states from DC like Virginia (you have to see Alexandria), Maryland (Annapolis is a great destination too) and you can even take the train or the bus going to New York from here. An hour or so drive takes you to a different state and gives you a totally different scenery altogether. Most importantly, you can reach DC thru 3 major international airports – DCA, IAD and BWI. 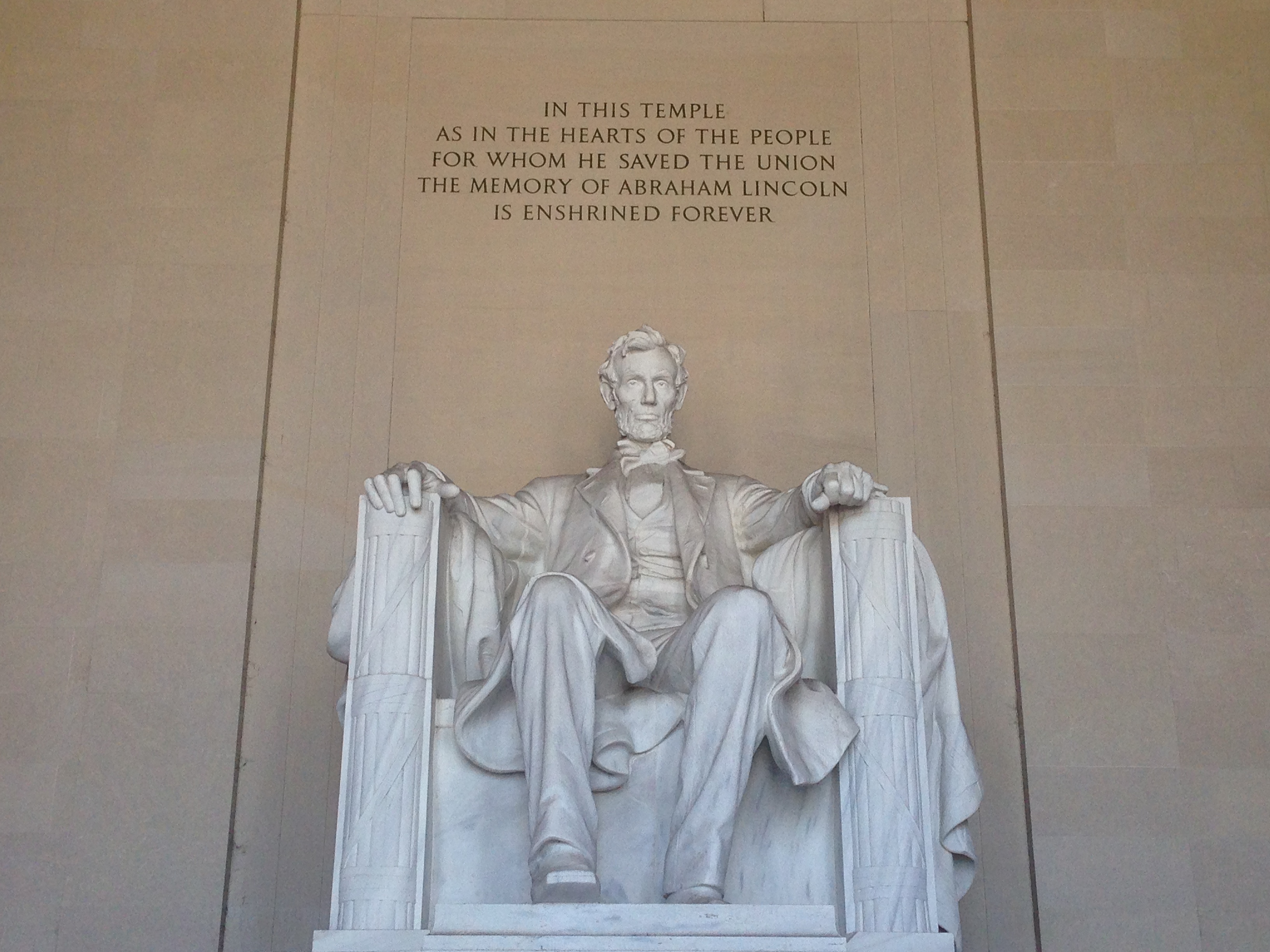 DC is the capital of the US hence has witnessed a lot of things which had an effect to shape this country. That should be enough for anyone to understand on how historic this city is. 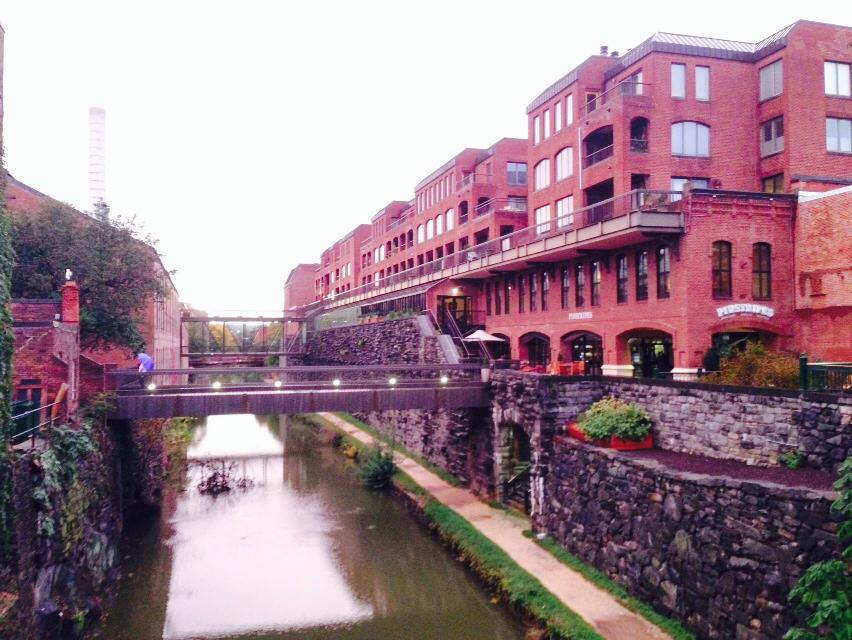 It may be a surprise for most people (including myself) but DC definitely gives out that very young and hip vibe. I thought it’s going to be mostly older people that I will see here being the center of the seat of power in the US but you cannot imagine how youthful this city is. This is a good thing because it offers a lot of activities that the crowd of “my age” would enjoy.

The combination of the modern and classical low-rise buildings with its greenery, the river and its cleanliness makes it a very photogenic city no matter which way you look at it.

I can go on and on and on but nothing that I will write on here will give justice to how amazing this city is. You should definitely go and see it yourself.

And if you are going to visit DC, one of the best ways to experience this city is to take one of the city tours offered. It won’t be hard for you to find a tour operator to help you discover DC but I do recommend taking one of the tours offered by City Wonders – a reputable tour company which operates as well in Italy, France, Spain and the UK. Big group tours are not my kind which is why I was more than happy to accept the invitation since City Wonders operates their tours in small groups. So small that during that time that I took my tour, it was only me and one Hungarian guy with our very informative guide. 🙂

I was invited to take one tour of my choice for free and was extremely happy that the White House Tour with National Mall was available during the day that I planned to take it. This tour is what I would highly recommend for anyone visiting Washington DC to take as it gives you the full coverage of the main spots that one must see in the city. Having a tour guide with you is definitely much better than exploring the city on your own as I was able to see some hidden facts that I have missed while I doing my own tour.

I met Wesley our tour guide in front of Andrew Jackson statue at 1:45pm on a Thursday, a few minutes later another guy arrived and we promptly started our tour. The White House was our first destination of course but before heading there, Wesley pointed out a very interesting “structure” right in front of the White House. I love trivial facts so having started the tour with it already became a sign for me that this is going to be a great tour. I won’t say what it is, you’ve got to take the tour to find out. :p

We then walked towards the other end of White House passing thru some other important buildings in the city. Wesley kept us on our toes with all of the information he was relaying to us. Afterwards, the World War II Memorial was our next stop. Wesley spoke about the history of this memorial as well as the Washington Monument. Here, I also found Kilroy and its symbolism. Again, this would be easily missed by anyone doing the tour on their own. I thought it was just a normal vandalism. :p 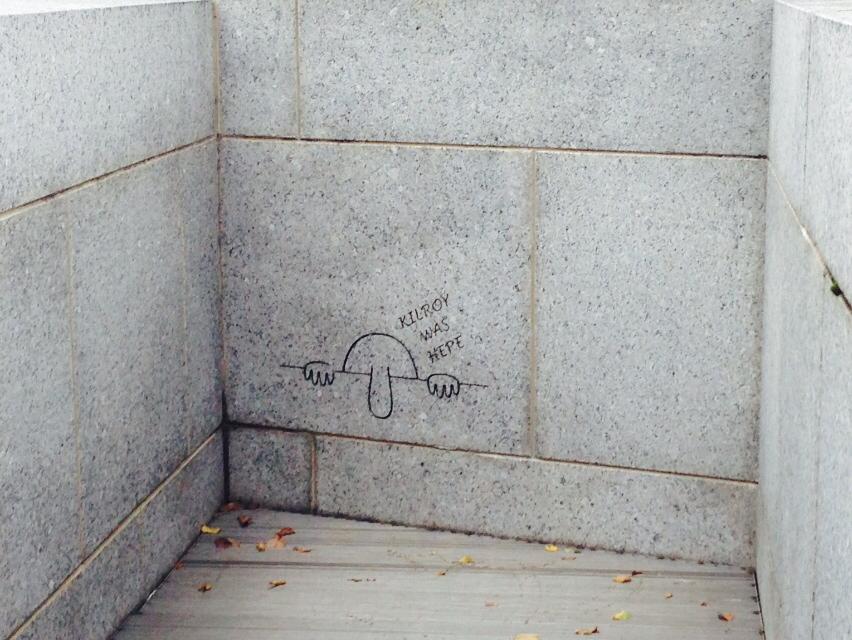 We proceeded to the reflecting pool towards the Koren War Monument. Wesley had some interesting facts about the war itself and the memorial that was done for this forgotten war. 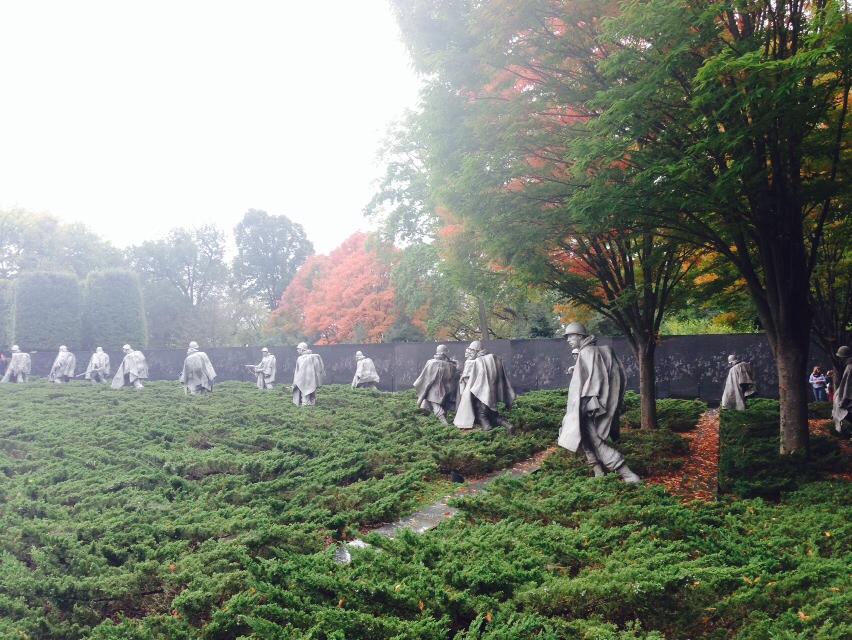 My favorite spot in DC was next – the Lincoln Memorial. Wesley pointed out a very historical slab of stone in the middle of this memorial. The inscription etched on the stone was already too faint to see which is a proof that people just walk all over it without realizing its importance. 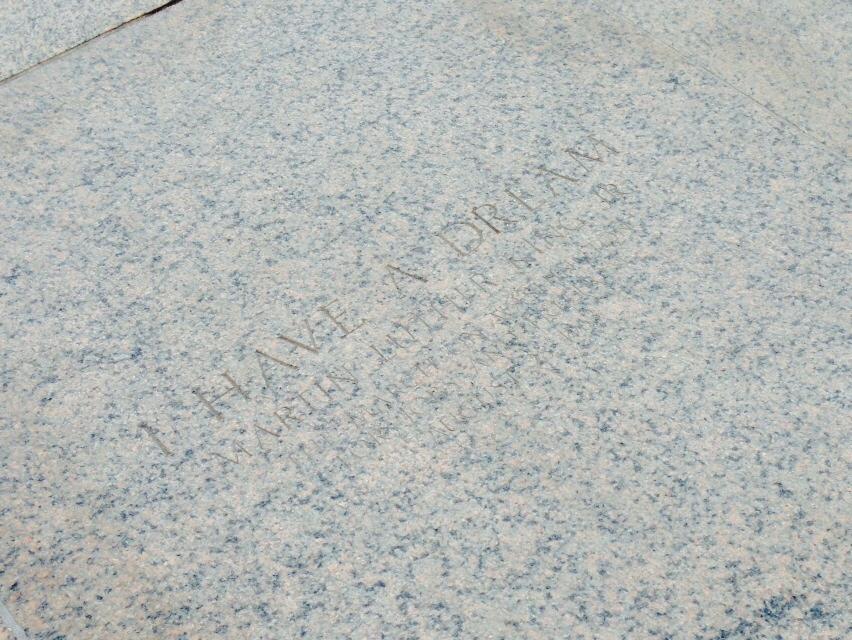 Can you see the inscription? 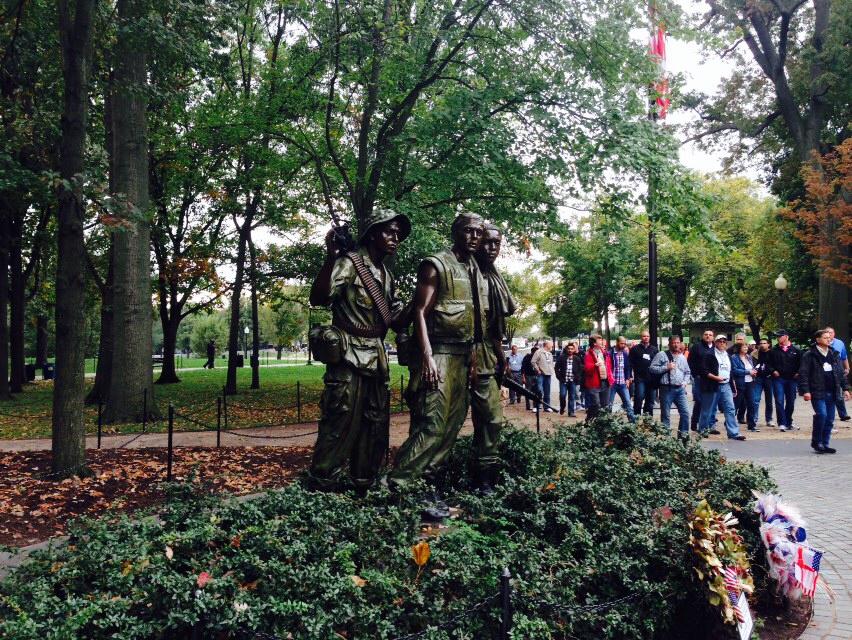 This statue of 3 men at the Vietnam War Memorial has a very moving symbolism.

Our last and final stop was the Constitution Gardens which I have passed by numerous times and never realized its importance. 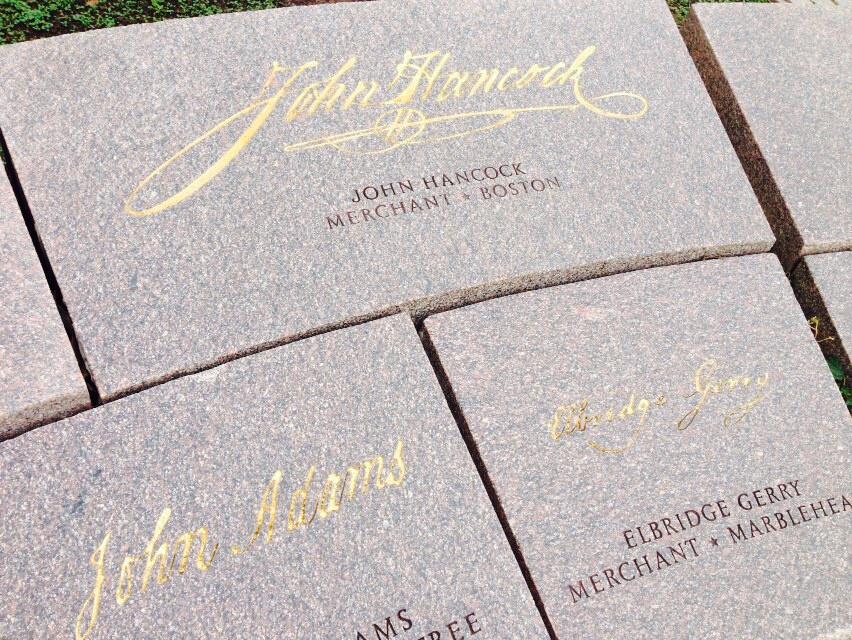 The very famous John Hancock signature at the Constitution Gardens.

The whole tour was about 2 hours which was 30mins shorter than what was indicated on their online brochure. It’s mainly because it was such a small group so it was easier for us to go around. The tour was done in a very moderate pace with Wesley our tour guide taking in all the questions that we have and giving us informative answers. We had a few stops for photos too which Wesley gladly took for us. I can only praise Wesley for his professionalism, you can definitely see in him that he loves what he’s doing.

Should you wish to take any of City Wonders tours, you have to make the reservation a few days in advance. With a strict limitation to small groups, they do get fully booked quite easily.

PrevPreviousA Day Tour To Annapolis, Maryland
NextThings To Do in New York: Have a Meal at Stone Street | New York CityNext