Where I stayed Disneyland Paris 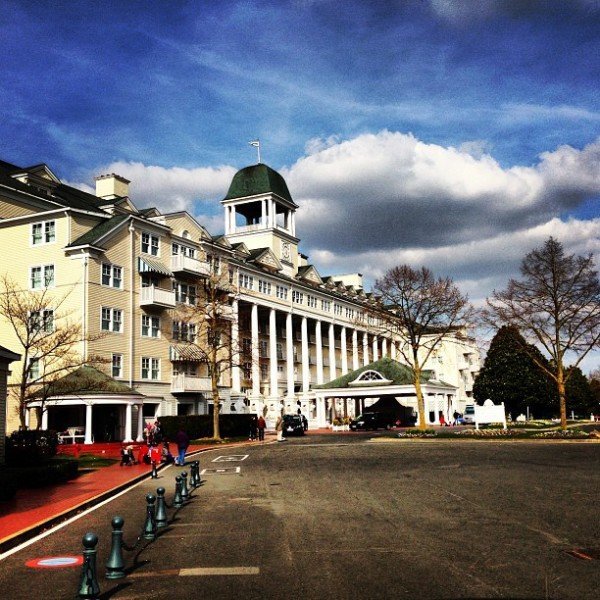 I am about to give you a very unbiased opinion specially because the hotel has gracefully accommodated us in this property with full sponsorship, meaning we didn’t pay anything. As much as I’d want to say only positive things about the property, I just couldn’t because the hotel was really a disappointment. It was a unanimous decision among all of us that it was indeed, in dire need of renovation. No wonder we have had some really serious and very angry feedback from our clients who have stayed here as per our recommendations. The hotel in case is Disney’s Newport Bayclub.

The only good thing that I can probably say about the property is its location. Its proximity to the park itself is fantastic which gave us a lot of free time to explore the park even late at night and not having to worry about going back to the hotel since it’s literally just about 10 minutes walk from the park. The location as well is the only selling point that I can think of for this property. It’s a 3 star hotel but the price for a night’s stay is not of 3-star standard, again because of the location.

The room itself is big, for Paris standard at least. It can fit 2 adults and 2 children but NOT 4 adults I suppose. The bathroom was quite small and the sink that we have in our room is clogged. The carpet needs to be changed (not washed, but changed) and don’t get me started with their 19th century television set. I’m not being a diva but merely stating the fact that for our clients who are about to pay an extortionate amount for a 3-star property in Disneyland Paris, the value that they get from it does not really meet the standards of what they have paid for – in terms of amenities.

The breakfast, oh dear Lord their breakfast, is another HUGE disappointment. First off, most of the hotels in Disneyland are only serving continental breakfast (croissant, fruits, yogurt, cereals – in short, it won’t fill you until mid-day) but the real problem here is the breakfast area itself. We were luckily seated right away when we went there at around 0730am however, when we were finished at around 8am there was a huge line of people who were just about to have their breakfast. They were literally not allowed to get inside the restaurant until someone else went out as the restaurant cannot hold the number of people all at once. Mind you, the hotel alone has about 1100 guest rooms. Imagine if each of those rooms accommodated 2 people – at least. It will be 2200 guests who would want to have a breakfast at around 8am which is still too early for holidaymakers I suppose. You go down to the breakfast area and find a huge line of hungry people who have all just woken up. We have a saying in the Philippines that you can mess around with a drunk person but never with someone who just woke up. So yes, it would probably be a nightmare for a lot of people. There was also no coffee and tea facilities inside the rooms. I’ve noticed that most of the hotels in Paris (not only in Disney) does not have it. So you won’t even have the option of having at least a coffee inside your room before you venture on falling in line to get your breakfast.

I’m not saying you shouldn’t stay here but I will definitely not recommend this property to my clients who all are spoiled by the Dubai standards of hotels. Unless they specifically ask for this property. If you will put in your mind that you are in a 3-star property then I think that would be ok specially if you are after the comfort of being in close proximity to the park. However, if you do have the money to spend you can stay in some other hotels which are a lot more nicer than Newport like Sequoia Lodge and New York hotel. Both of which are also very near the park, probably much more closer than Newport. If you want luxury and if you’ve got the money the splurge then you MUST stay in Disneyland Hotel which is probably the most amazing hotel that I’ve seen in Disney. The location is the best as well, situated right at the entrance of the park.

The rooms are all huge in Disneyland Hotel and all will have the interconnecting facility, very good if you are traveling with a big number of people.

Plus in some rooms, you’ll have a fantastic view of the park.

Personally though, if I am to go to Disneyland Paris again, I’d prefer to stay in the hotels outside of Disneyland. All of which will have the complimentary bus service to and from the park and everything will be about 10 to 15 minutes bus ride only to the park. The hotel amenities are much more nicer and the rooms are more well-maintained. Basically because these are what will sell them to the clients since they have lost against the Disney hotel chain giants with regards to the walkable distance to the park. Magic Circus, Dreamcastle and Kyriad hotels stuck to my mind as good alternatives. The Radisson Blu hotel is not really what I would consider because it feels very much like a business hotel. You don’t feel like you’re in Disneyland if you stay in the Radisson Blu.

Yes I know that if you go to Disneyland you’ll spend most of your days in the park and you’d be a fool if you are to stay inside the hotel. However for me, I’d still prefer to get the value of what I have paid for. 🙂