What and Where I Ate in Alona Beach 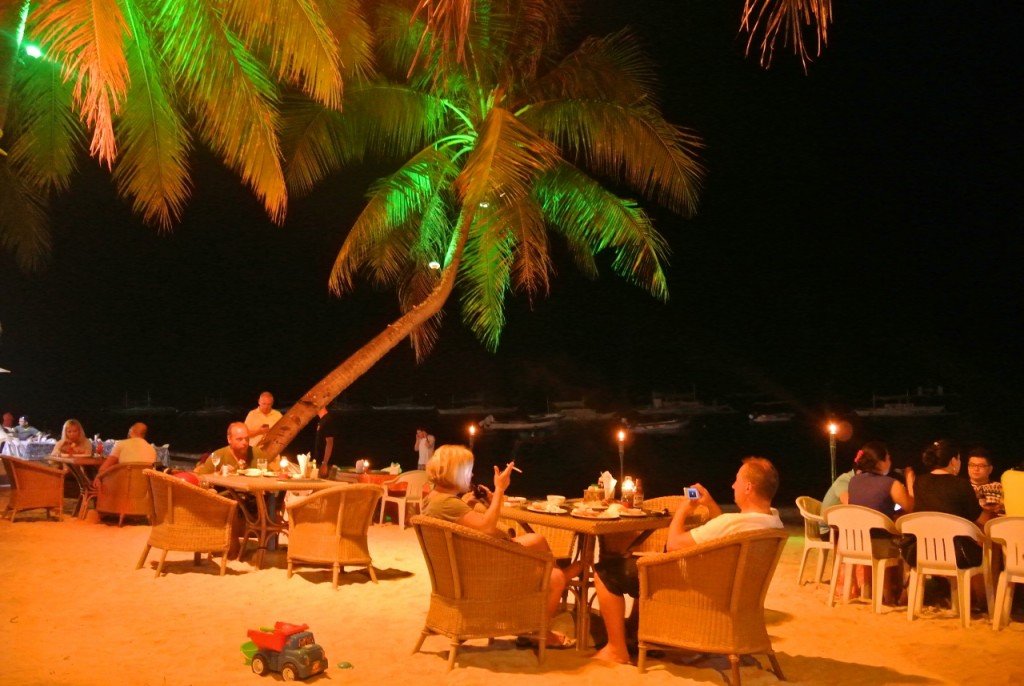 I have to admit that during our 5-day holiday in Bohol – we basically just stayed in Alona beach for the whole duration of it with only one day spent exploring the tourist destinations this island has to offer. It will then be very unfair for me to say (not to mention ignorant too) that Alona Beach is the hip and happening place in Bohol because I wouldn’t know that, I’ve never been anywhere else than Alona Beach. I do have all the rights to say though that during our 5 days stay in Bohol, Alona beach did not fail to entertain us. Not that it’s hard to entertain us even because the picturesque view it offers is already entertaining for beach bums like we are – add a plastic table, seafood to munch on and a cold beer then there’s no getting up for us anymore. 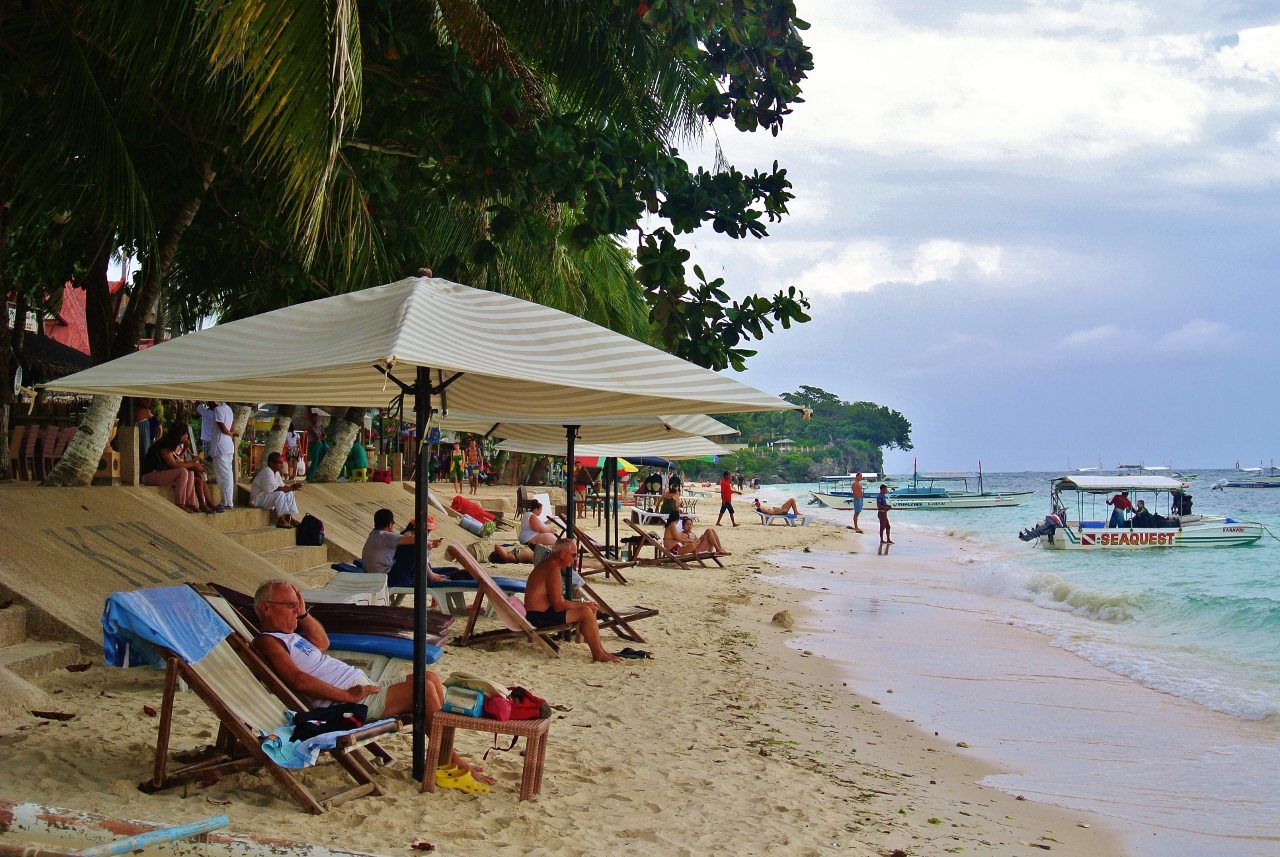 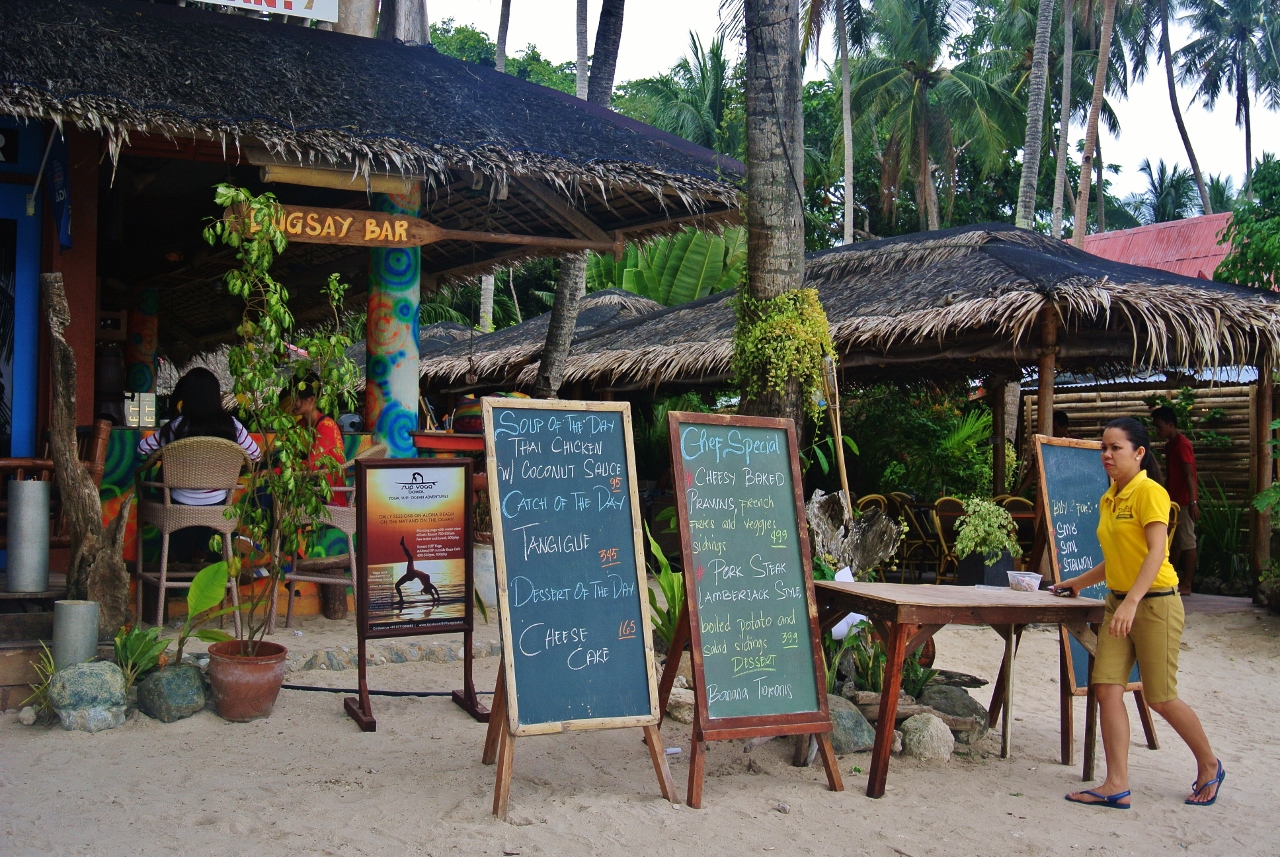 People say Alona beach is overrated, they say it’s crowded and they say it’s overpriced. Well I tell you what, all of those are true but you’ve got to embrace all of its imperfections to appreciate its beauty isn’t it? Besides, what are you complaining for? You’re on a holiday for crying out loud! Throw all cautions to the wind and try not to be a grumpy person. 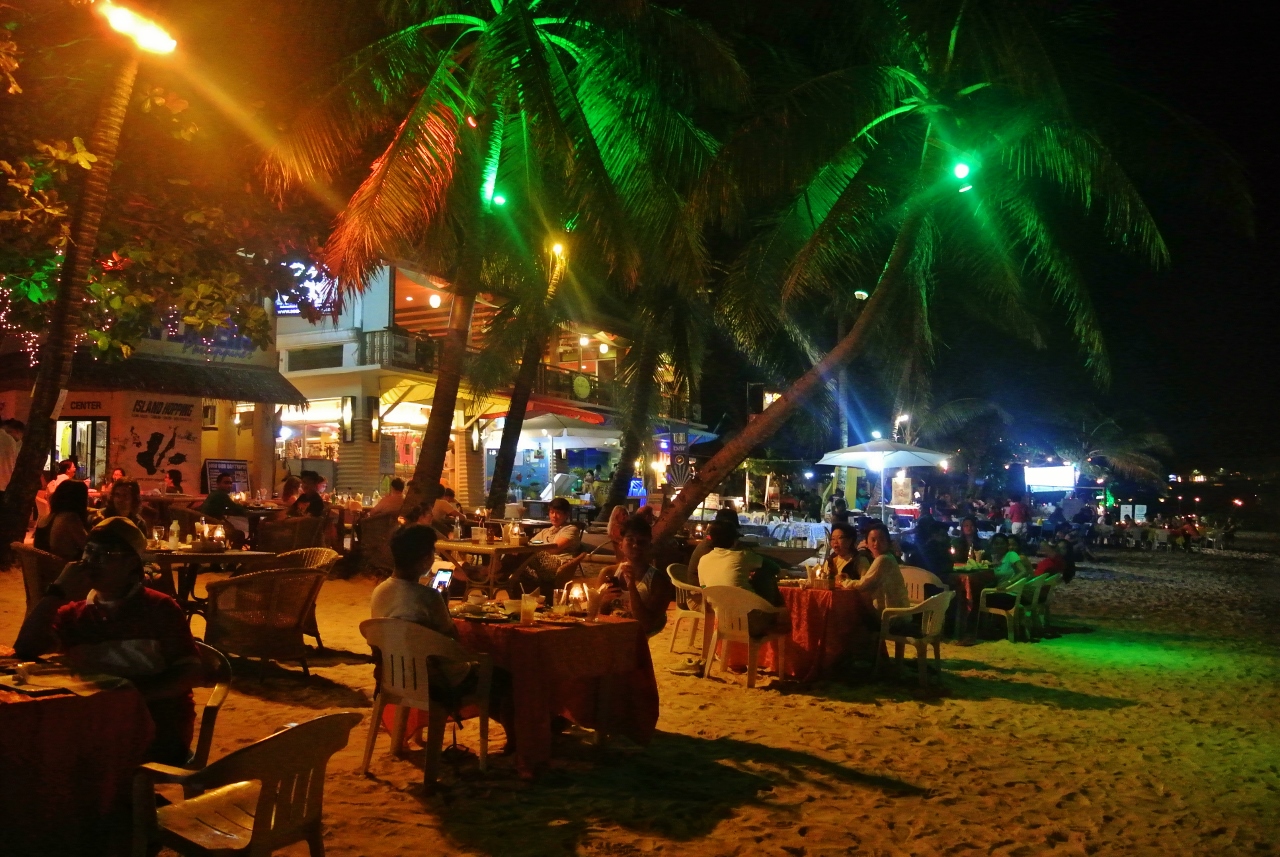 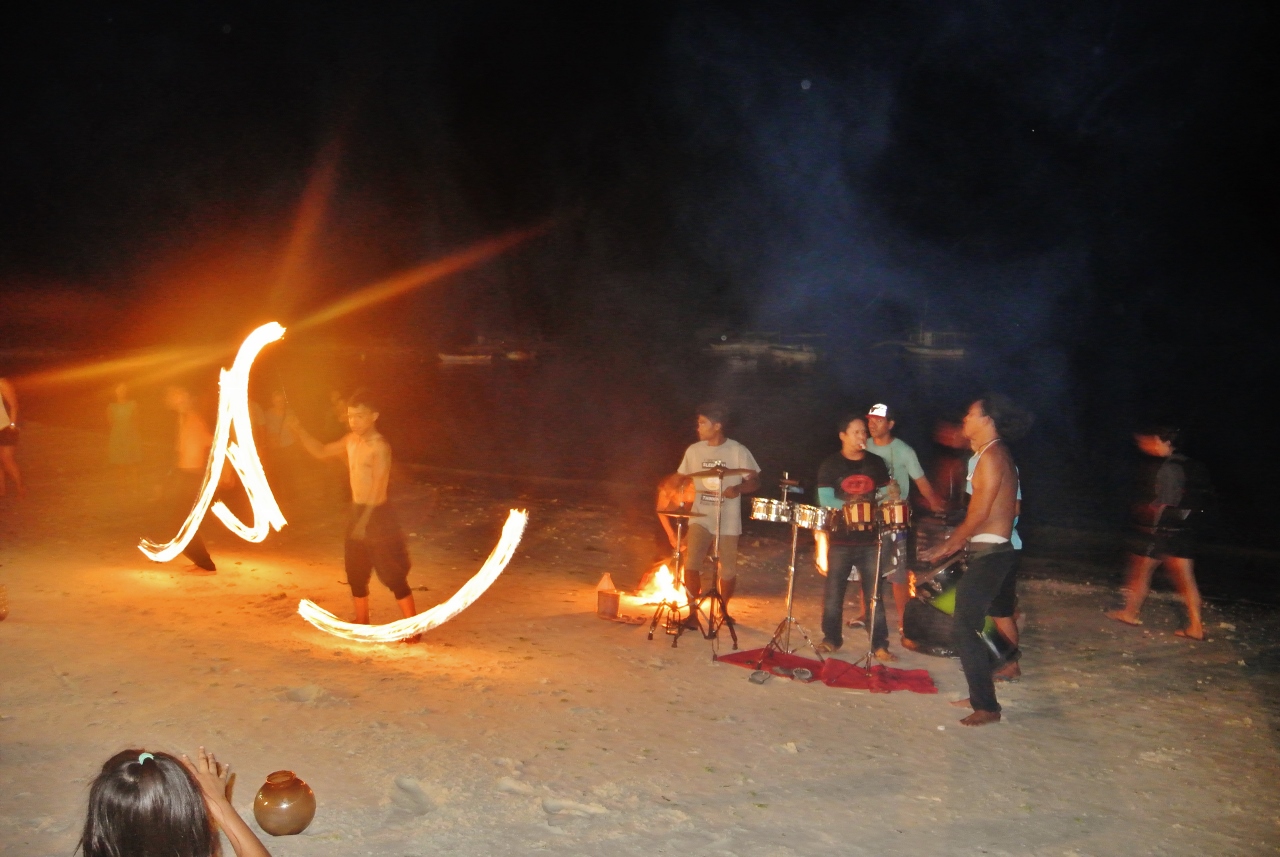 We weren’t very creative and adventurous when we were there, The Greek Mister and myself. We practically dined at 3 restaurants while there which we kept going back to in all those days. I don’t know why but those three restaurants offered what we wanted amongst all the restaurants lined up in the whole stretch of Alona beach.

We spent most of our lunch at Magileo Grande because they offer the best seat for a mid-day meal. Mid-days can be very hot in the island so the shades offered by the numerous palm trees surrounding this restaurant would be a welcome treat for anyone. Their wi-fi connection’s real good too. I probably would skip any meat dish that they have though, we didn’t like anything they offered but do try their fresh seafood. Have them grill it and you’ll be in for a treat in no time. 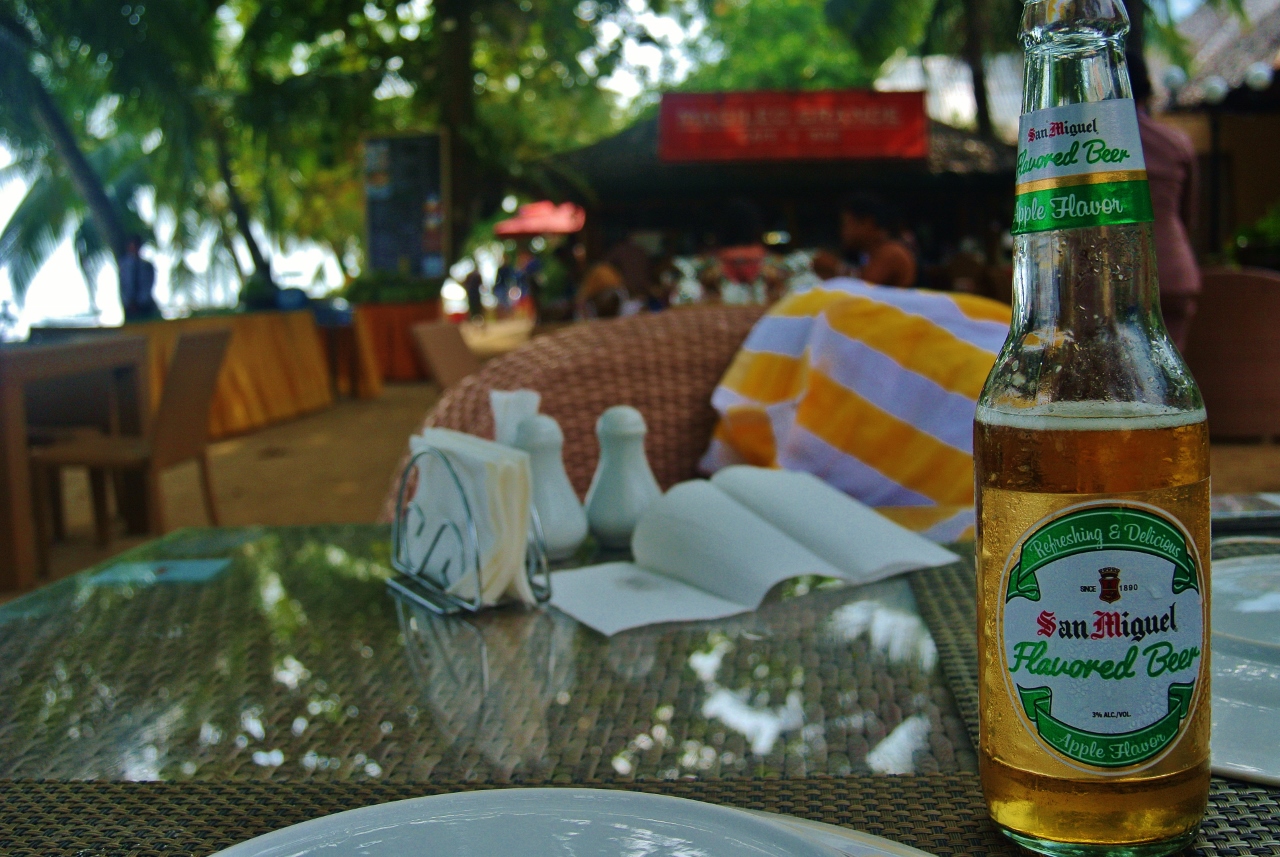 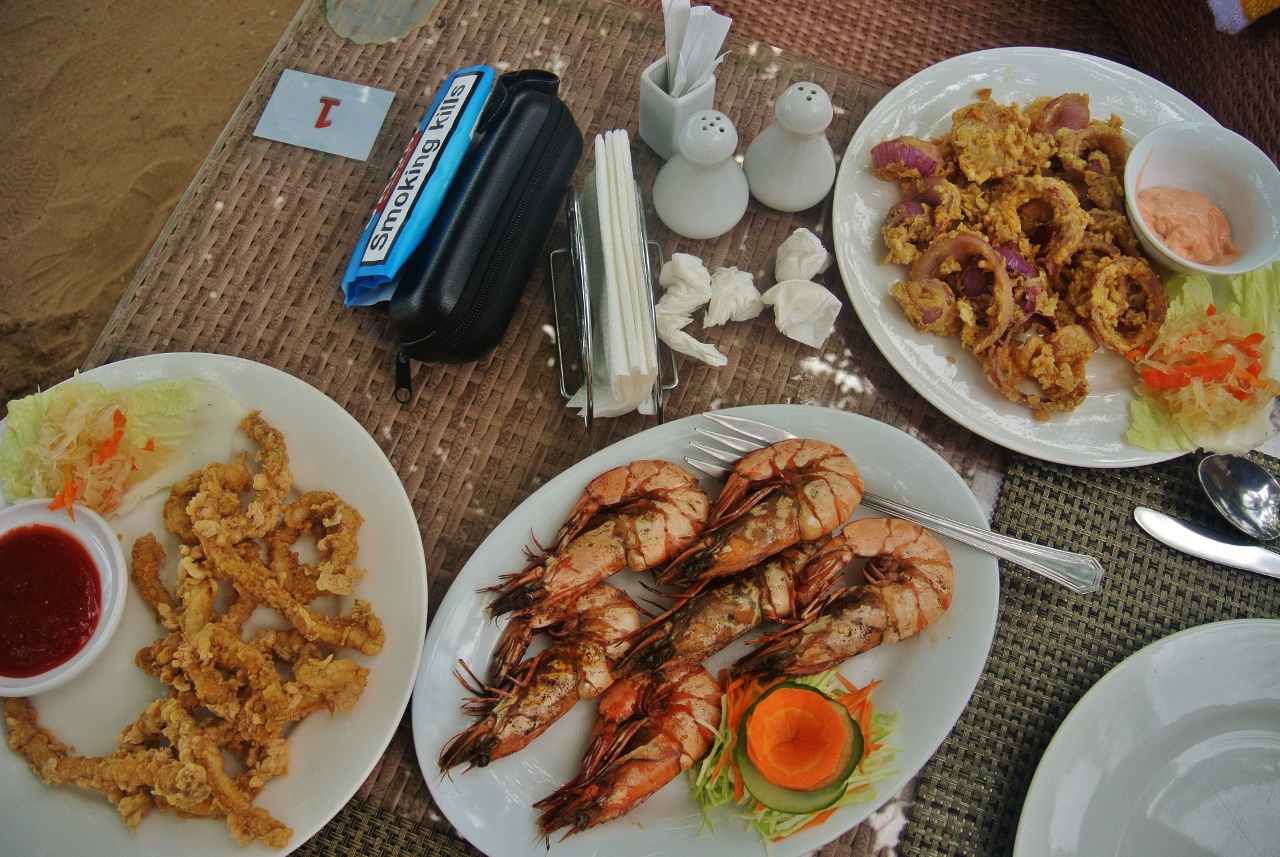 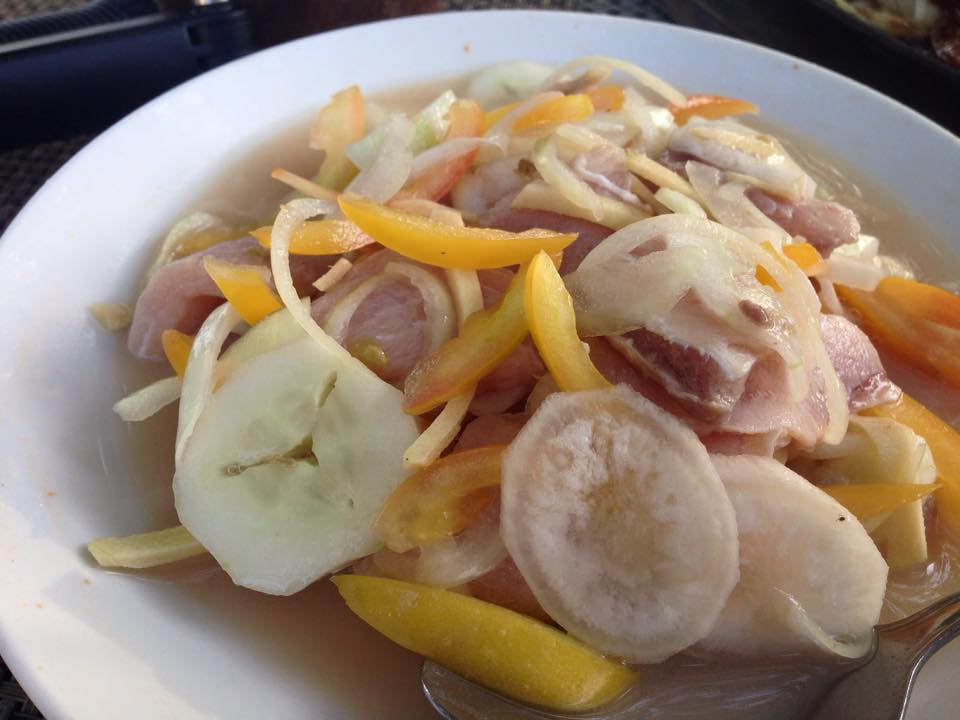 Kilawin Tanigue, a popular Bohol dish – raw seafood similar to ceviche. You can find it almost anywhere in Bohol. This one’s Magileo Grande’s version of it.

Dinners, we normally have it at Baywatch Kusina which is the first restaurant you’ll see if you’re walking from Amorita Resort. We liked it because it’s normally not very crowded and the staff are cute little kids. Well ok, they’re not kids – probably in their teens but they all seem very pleasant. They will have all their fresh catch of the day on display on their rather tiny table (compared to the other restaurants) and will cook it for you the way you like it, which is always grilled for us. They have always confused our orders though, it’s either they’ll give us another cup of rice which we didn’t ask or will fail to deliver the chicharon bulaklak that I asked for but we don’t really mind. We’re on holiday! 🙂 They don’t have wi-fi connection though so after our dinner, we’ll transfer to the nearby Coco Vida Bar and Restaurant. 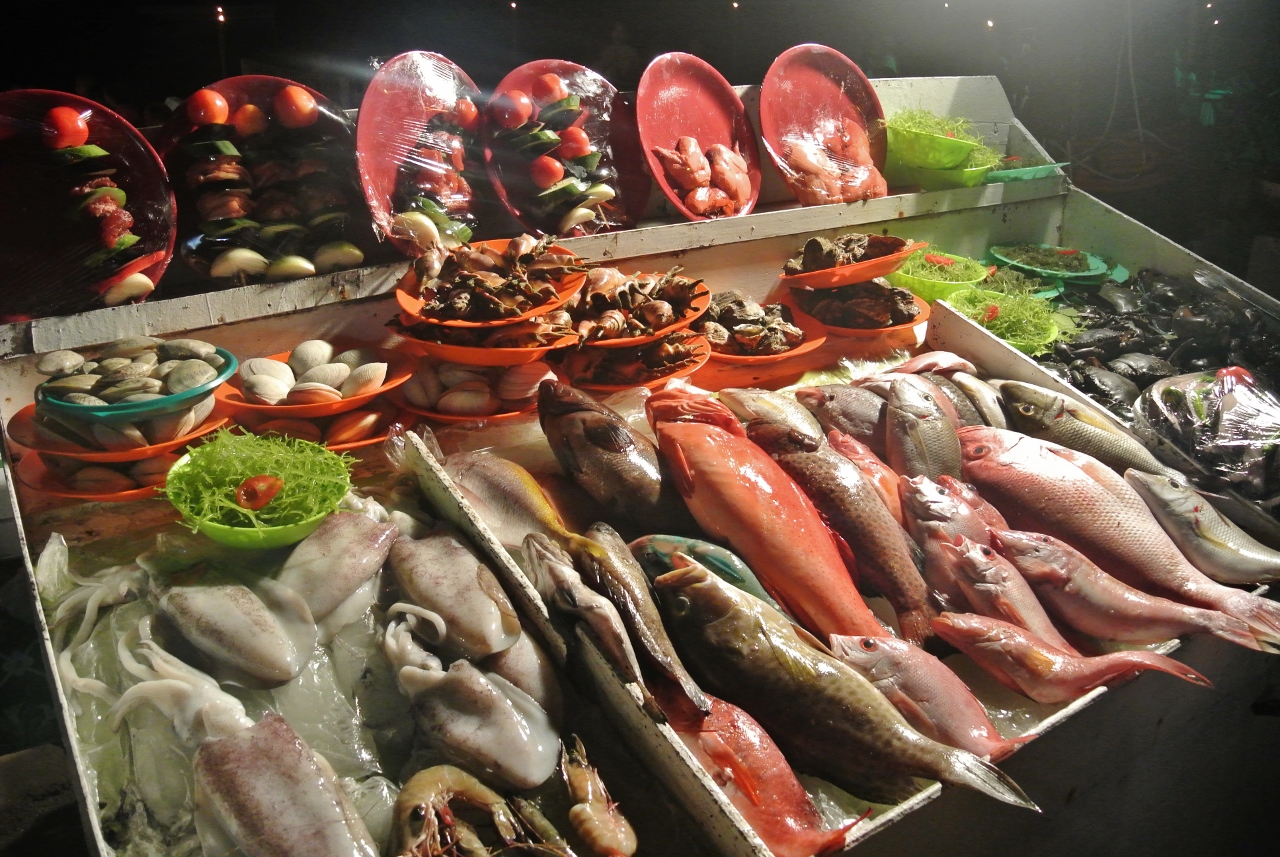 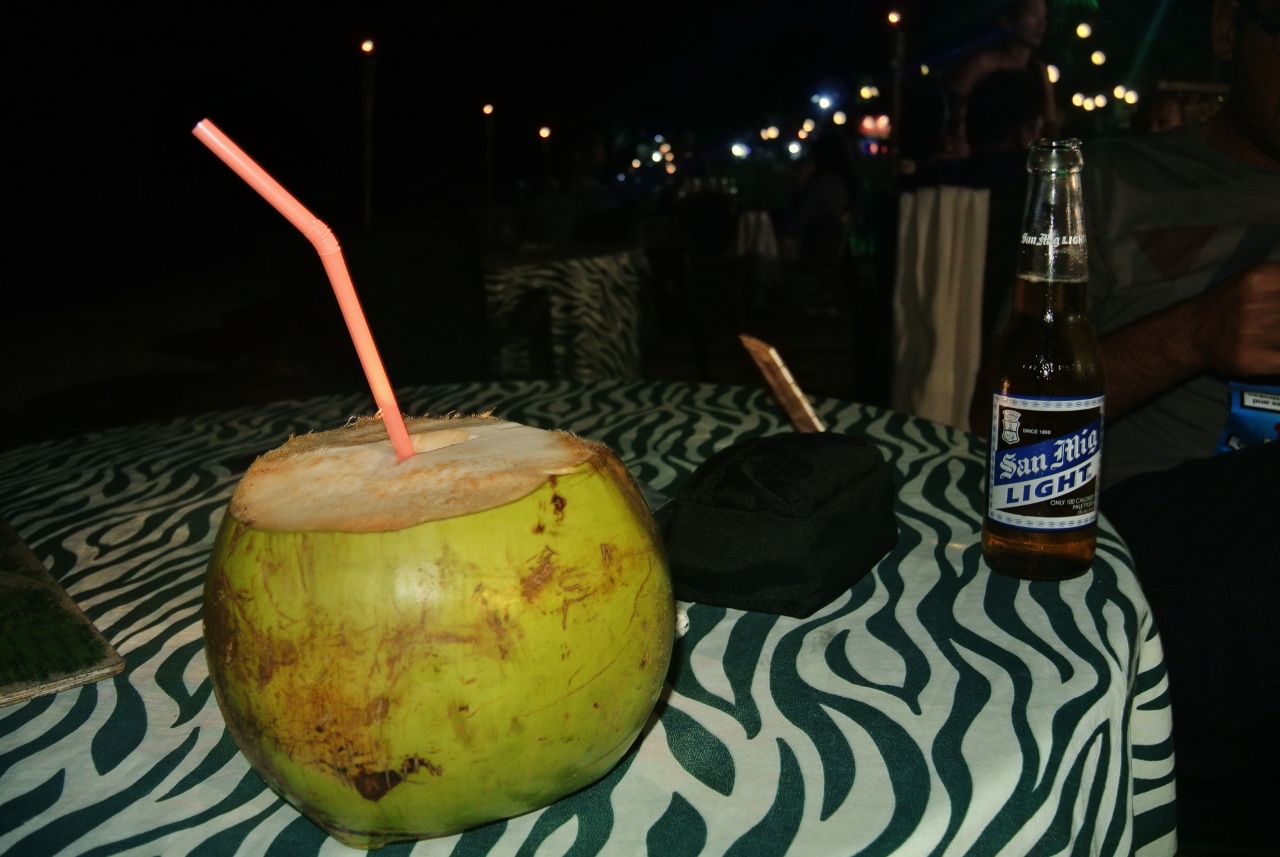 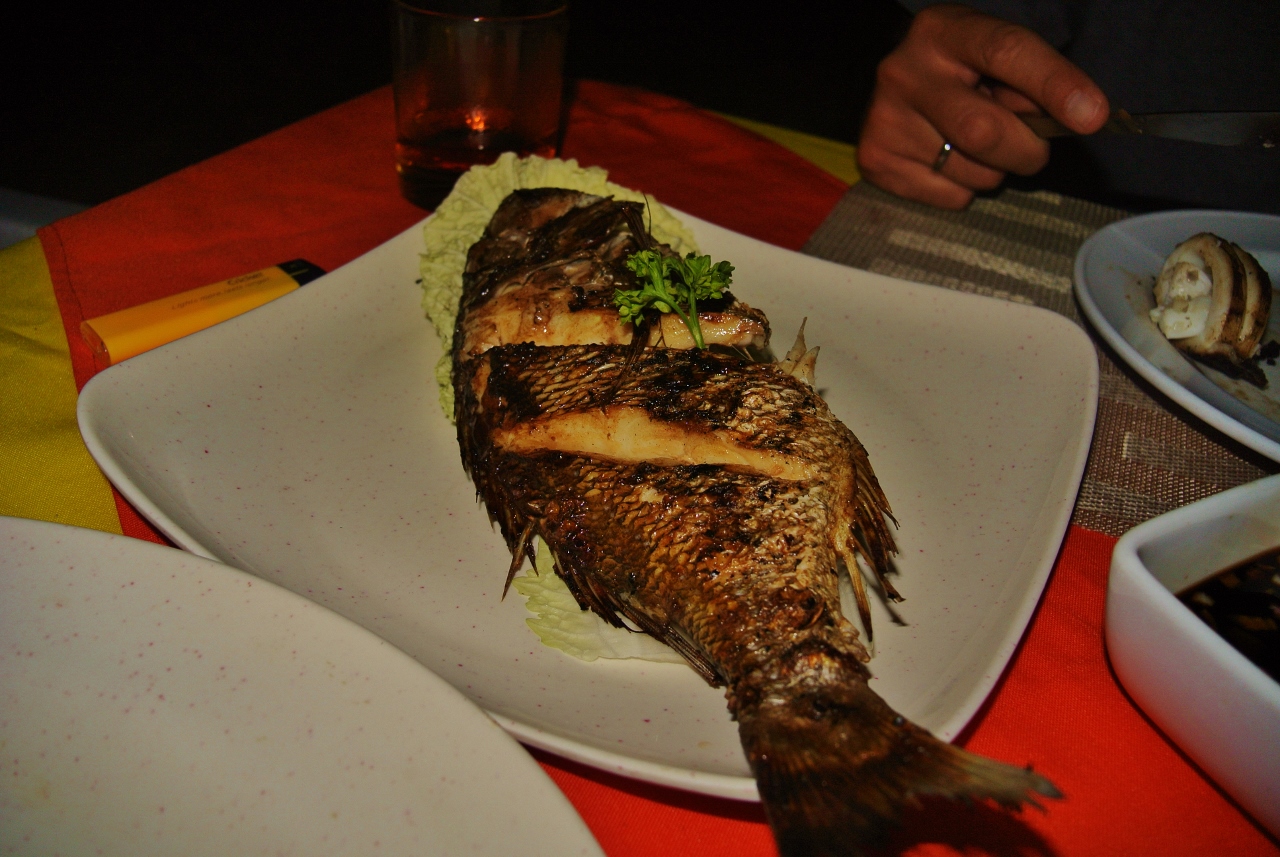 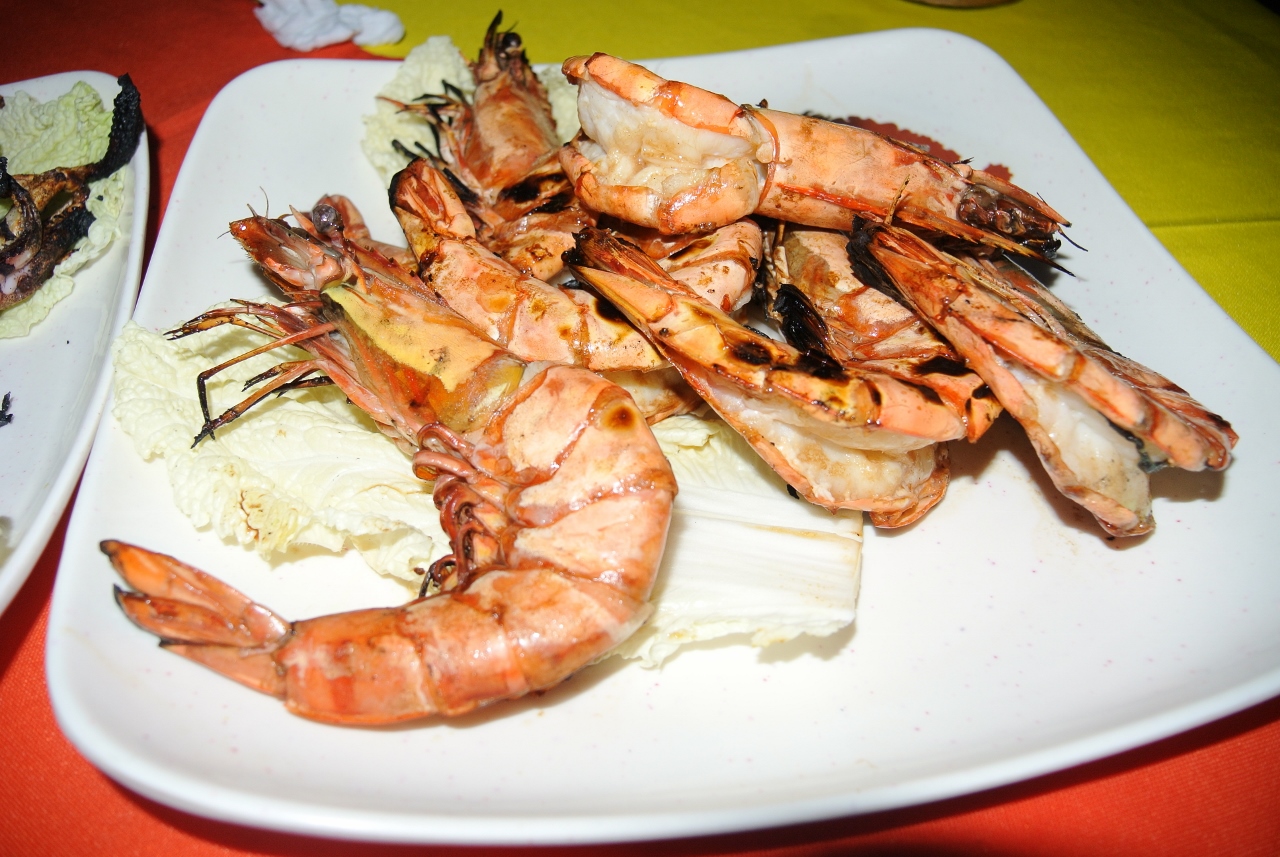 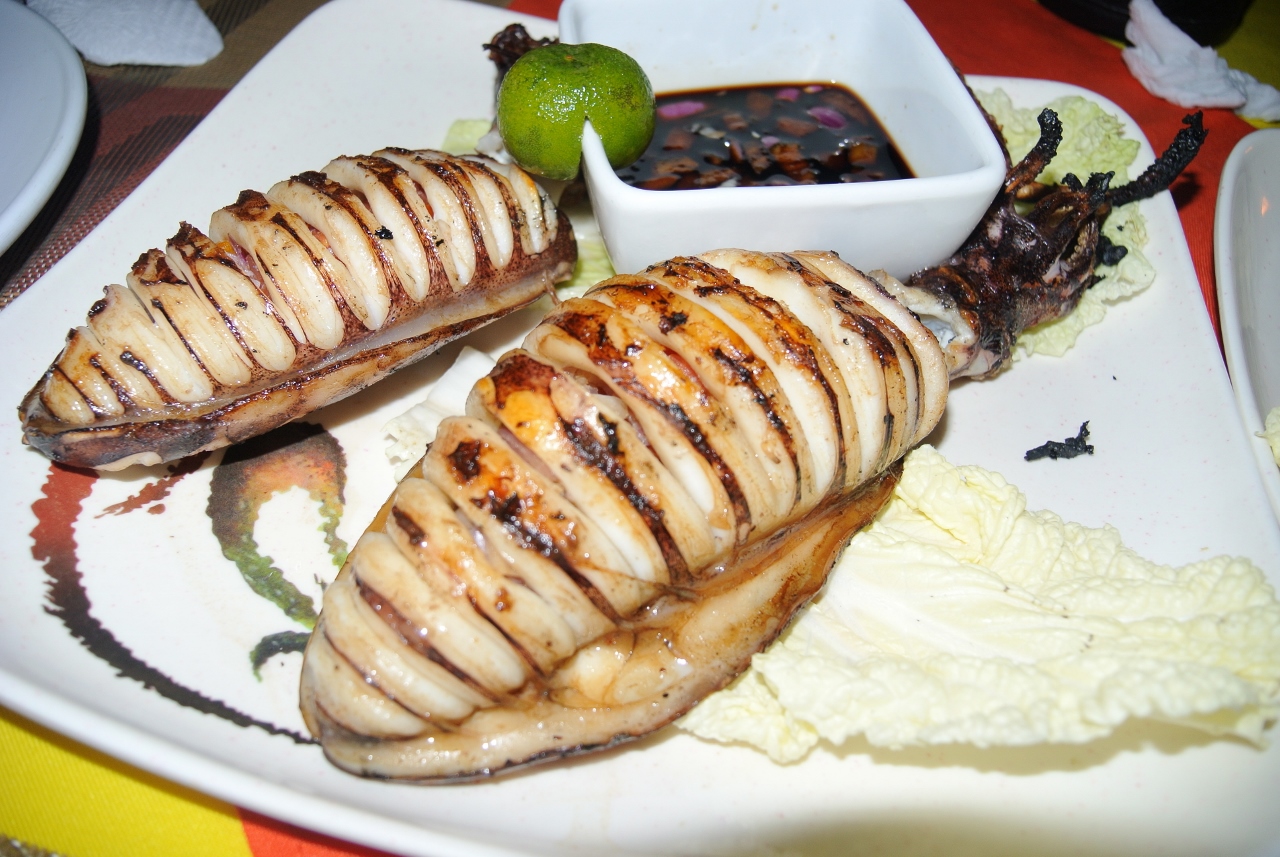 Coco Vida Bar and Restaurant is the only place which is open until late in Alona Beach, well at least amongst all the restaurants and bars around it. They do have a strong wi-fi signal too and most importantly, they have the cleanest public toilet among all of the restaurants in the area. And that’s really important for us. The live band playing is sh*t though, I hate the lead singer. I hate him when he’s singing Hotel California and will change the word California to Coco Vida which he does every single night. It’s easy to ignore him though and frankly, I wouldn’t let him ruin my evening. I’m on holiday! Lol. 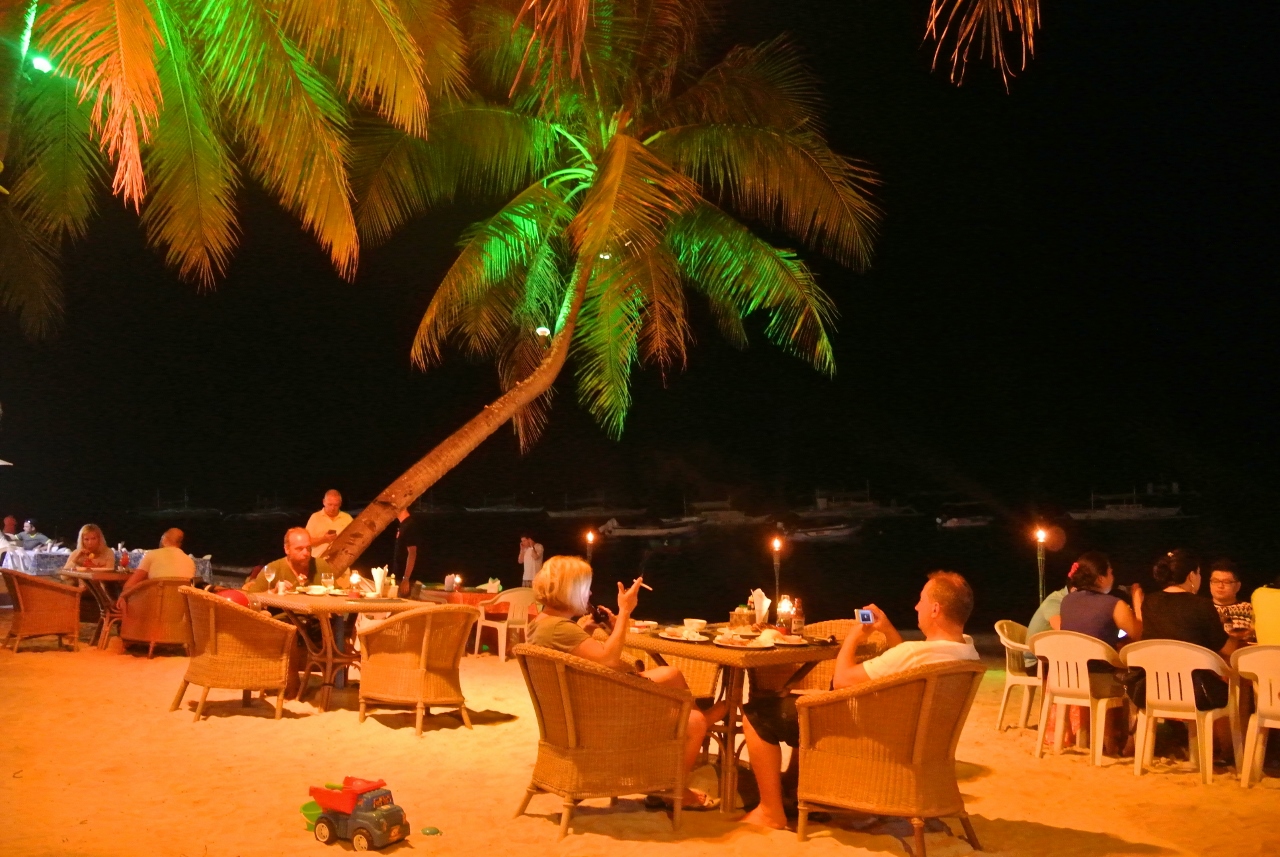 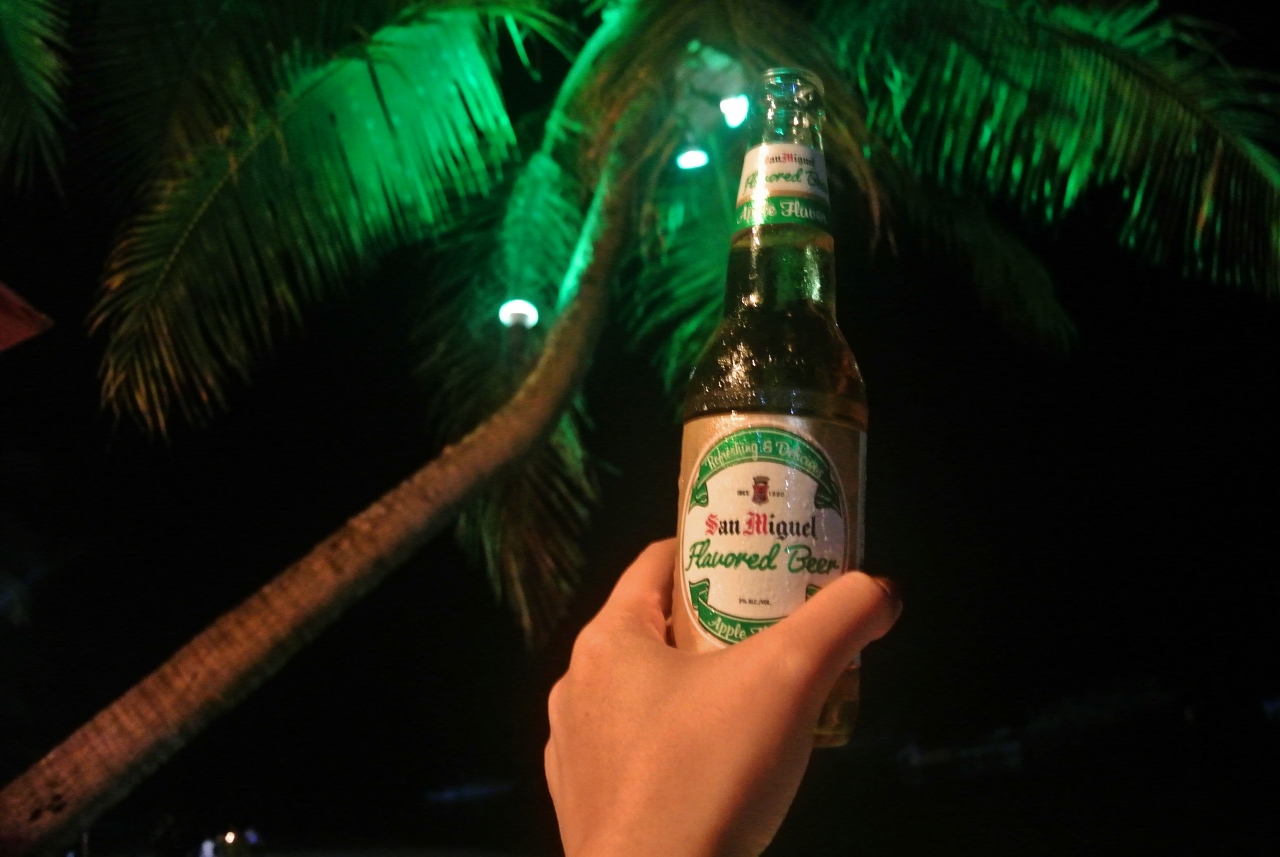 We also had our lunch once at Saffron restaurant in our hotel, Amorita Resort. As much as I’d like to say that I loved it, I didn’t. As mentioned before, I hate eating in fancy restaurants when I travel and I’d rather spend my money in a tiny mom and pop’s restaurants. Saffron I think is trying quite hard to be fancy but doesn’t deliver. The very reason why we decided to have our lunch there once was, apart from the fact that we were being lazy by the pool just in front of Saffron, the Greek Mister saw lengua estofado being offered as special of the day. Lengua estofado is braised beef tongue in tomato sauce and the Greek Mister was feeling adventurous. When he ordered it, the waitress said it’s no longer available which I found weird because I didn’t see that much people eating there for lunch so how come they ran out of it quite quickly? Anyway, the Greek Mister ended up ordering callos instead which was quite good it’s just that it’s too expensive compared to the food that we can get from all the restaurants lined up in Alona beach. 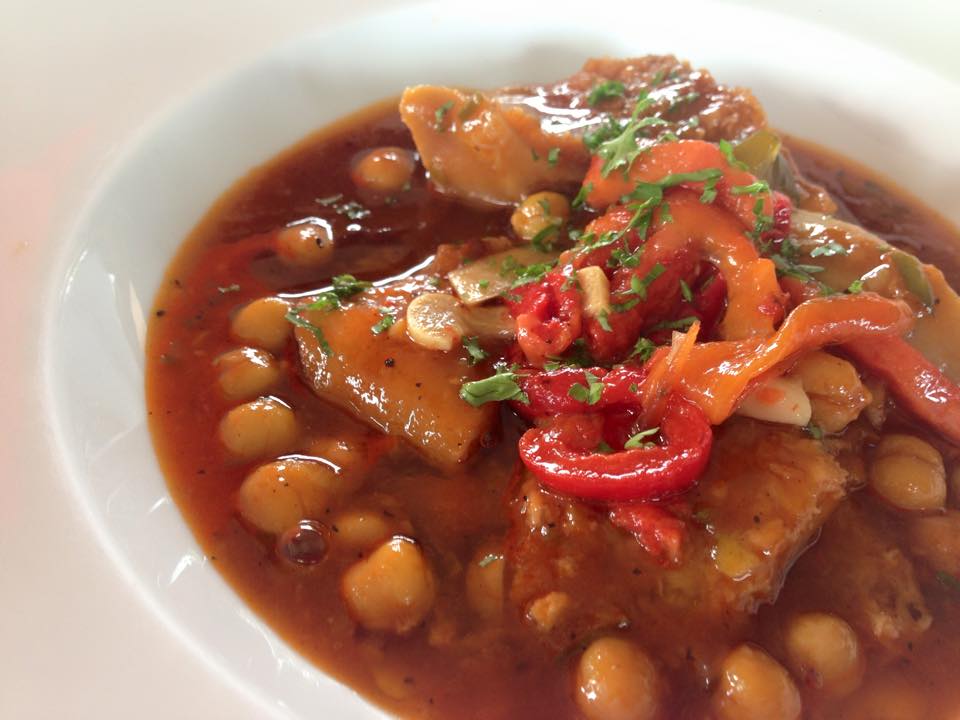 Callos from Saffron Restaurant in Amorita

I gained weight in Bohol, not that I’m complaining nor did it surprise me. Lol. It’s already expected when you’re in a paradise such as Alona Beach.

PrevPreviousWhere I Stayed in Bohol: Amorita Resort
NextThings To Do in Bohol: Visit the World Famous Chocolate HillsNext