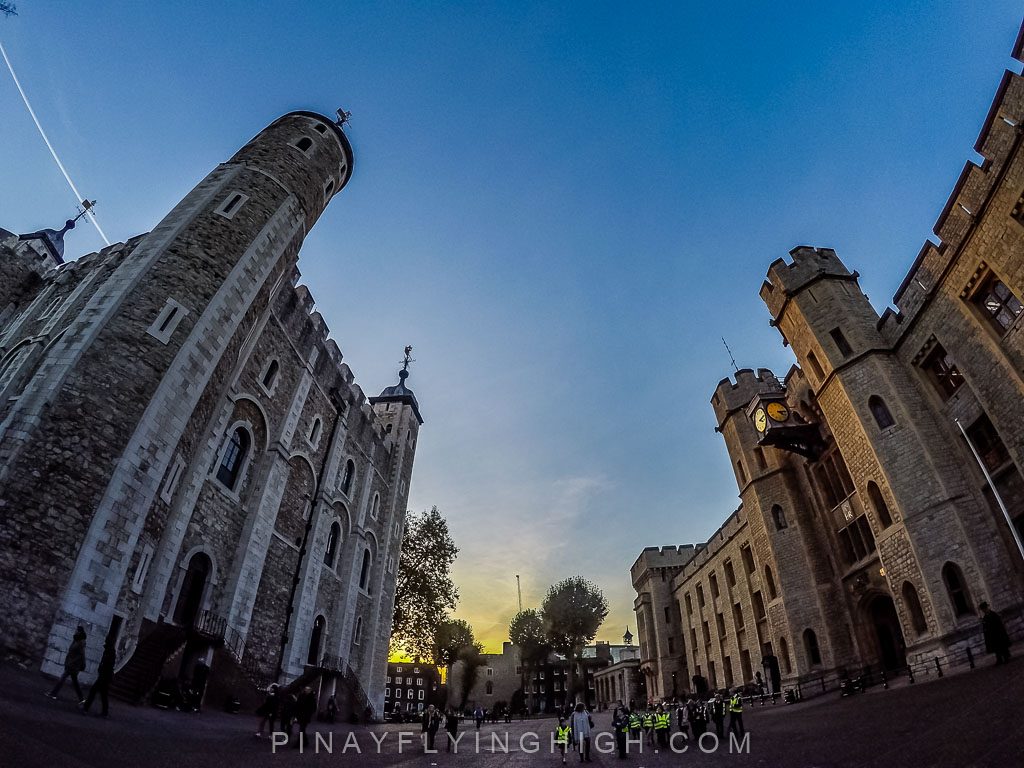 I visited the Tower of London the other day at around 3pm which I realized right away was a huge mistake. The Tower closes at 4:30PM during winter time so that only gave me an hour and a half to roam around the grounds of the Tower of London. I did the whole tour in such a hurry as I wanted to make the most out of my visit. However, no matter how hard I tried it definitely wasn’t enough. I need to go back soon. Good thing that I can access the Tower of London anytime and as much as I’d like since I’m holding an annual membership. I’m definitely going back there.

With the short amount of time that I spent there, these facts piqued my interest the most. 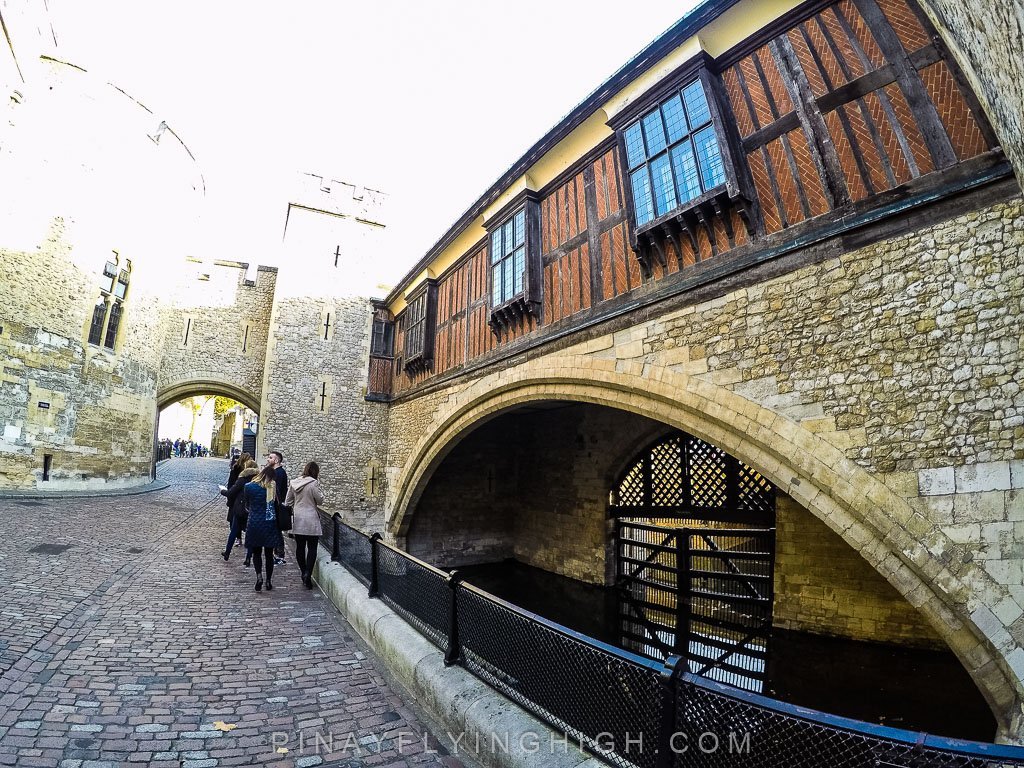 2. It was never meant to be a prison.
Tower of London was originally built to be a castle by William The Conqueror. It’s also not just one tower (as I thought it was until this tour) but instead, it’s a complex of several buildings which was used for different purposes throughout the years. At some point it was an armory, a menagerie, a public record office, a prison and finally, the home of the Crown Jewels of England.

3. The White Tower is the strongest structure in the Tower of London.
The White Tower contained lodgings for the king or his representative. The entrance to this tower is above ground and accessed by a wooden staircase which could be removed in the event of an attack. The area around the White Tower was cleared so that anyone approaching would have to cross open ground. 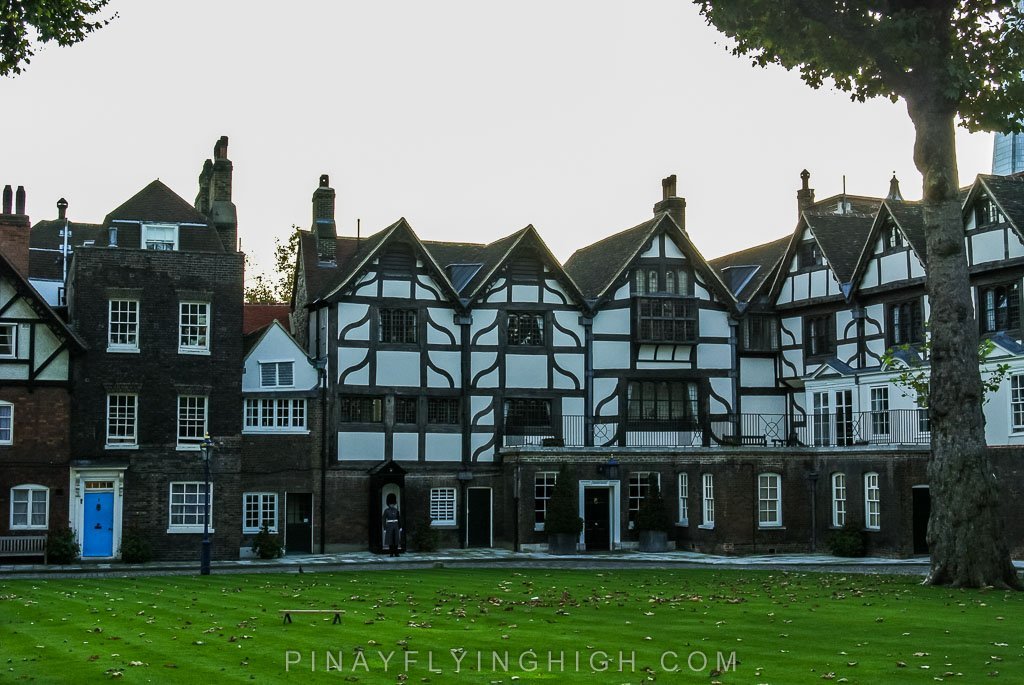 4. The Tower of London is still the official residence of Her Majesty, The Queen.
The Queen has a house inside which she could still live in if she wants to. The Queen’s house is considered a silent post, where the guard posted there is not allowed to make loud noise so as to not disturb the occupants inside. 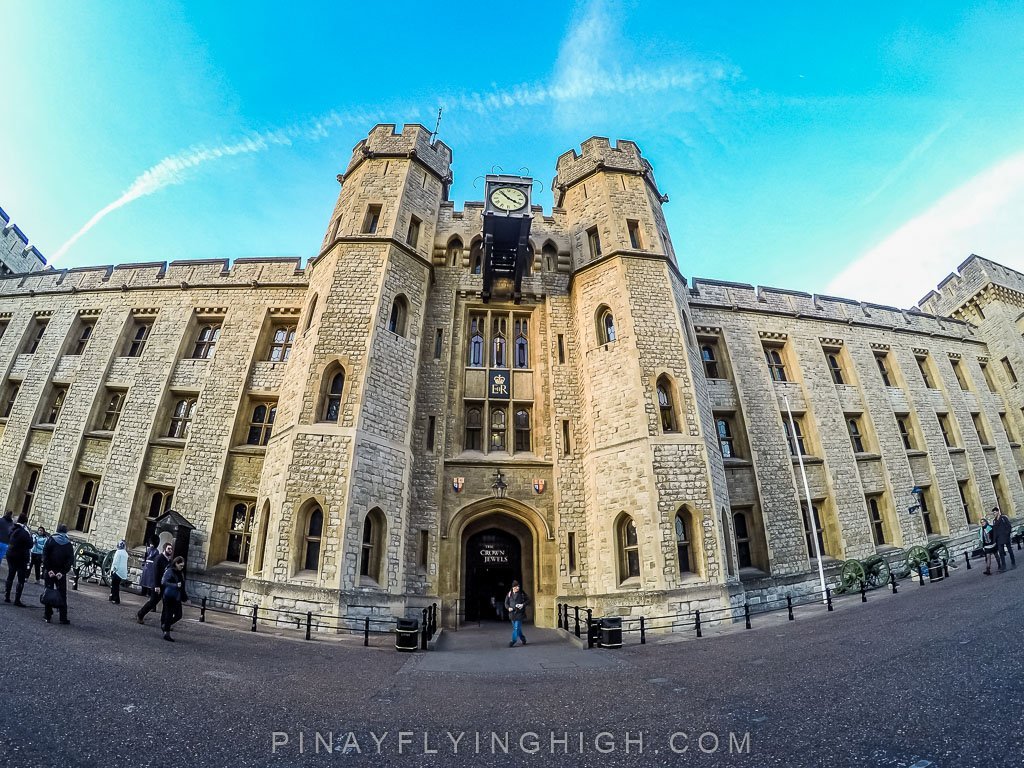 5. There’s an estimated GBP20 billion-worth of jewels inside the Tower of London.
Unfortunately, photos aren’t allowed inside where they keep the Crown Jewels but it is quite fascinating to see the crowns and jewelries worn by royalties. 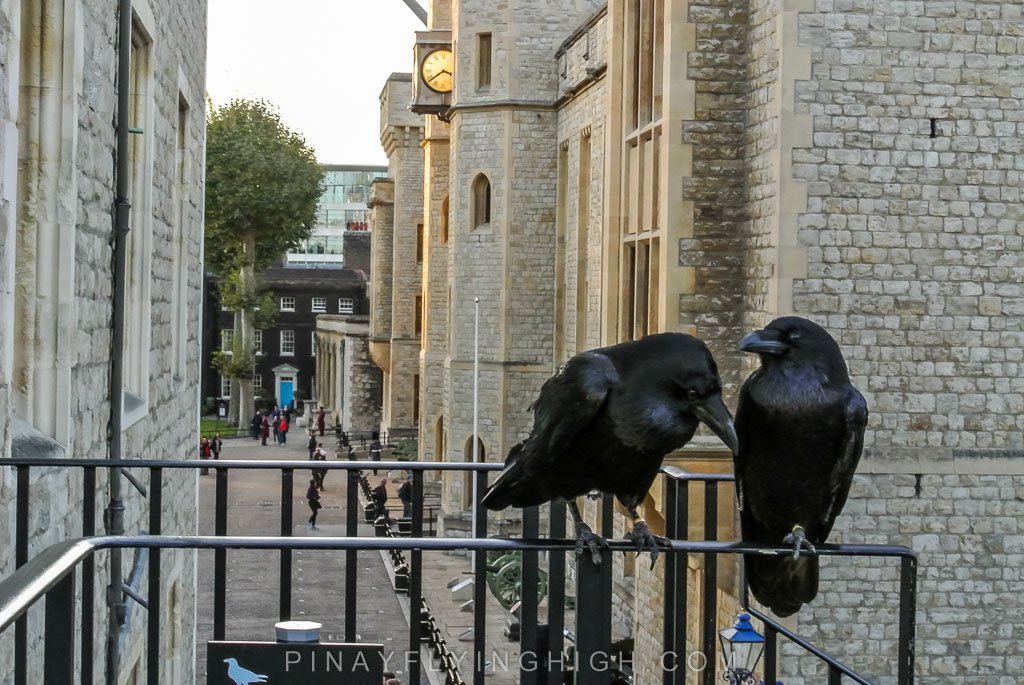 6. There must be at least 6 ravens to be kept in the Tower of London at all times.
It’s believed that the Tower would crumble and a great harm would befall the nation if the ravens are moved. Hence in this case, 6 ravens must always be inside the tower for superstitious reasons. Each raven has a wing clipped to make sure they don’t fly too far from home. 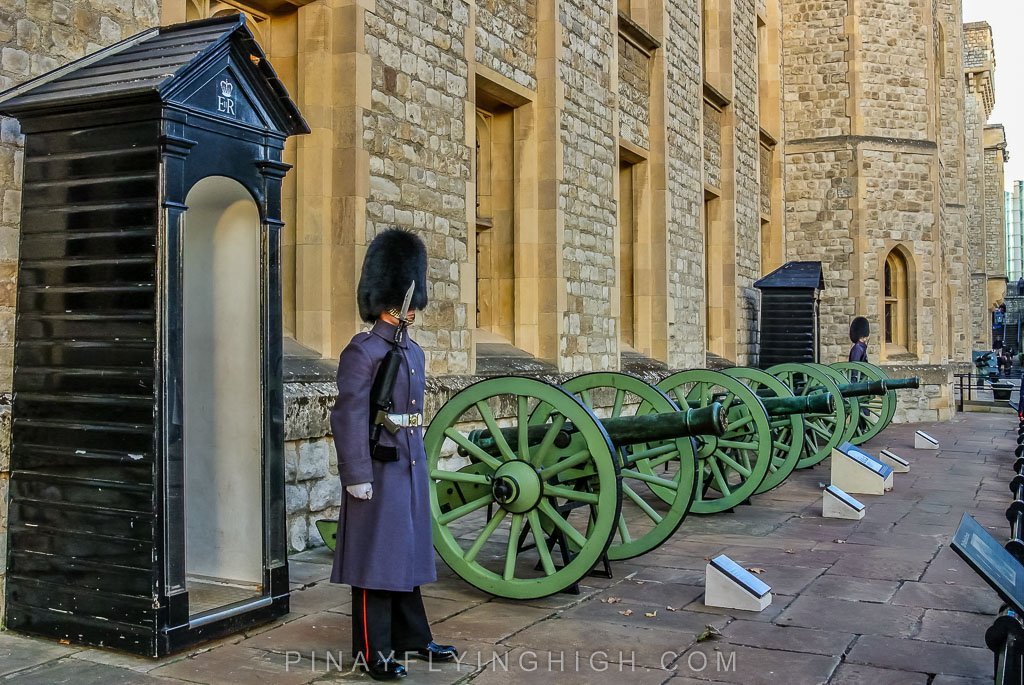 7. The oldest military ceremony in the world is performed in the Tower every night.
Every night at exactly 9:53PM, a ceremony takes place to lock the Tower of London which is called the “Ceremony of the Keys”. This ceremony has been performed every single day for hundreds of years without fail. The keys however were stolen in November 2012 after a lapse in security. Immediately, locks were changed and security was increased but it’s still pretty amazing to think that someone somewhere has the original key of the Tower of London. 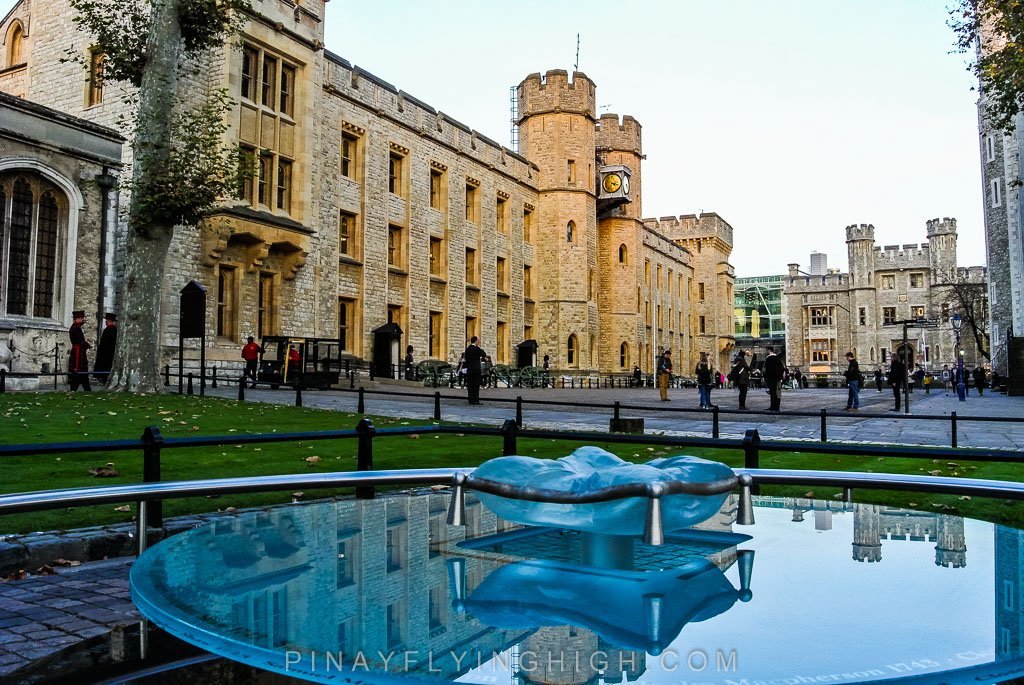 8. It’s not as bloody as it was thought to be.
There were only a total of 22 executions inside the Tower of London and most of them were high-profile prisoners including Anne Boleyn and Catherine Howard, both were Henry VIII’s wife.

9. It’s haunted.
Anne Boleyn’s ghost is believed to haunt the grounds of the Tower of London, seen walking around the White Tower with her head under her arm. A lot of other ghosts are said to haunt the place including that of a grizzly bear.

10. It used to house a zoo.
The Tower of London once housed the Royal Menagerie of exotic animals. Lions, polar bears, elephants, ostriches etc. used to be residents of the tower. 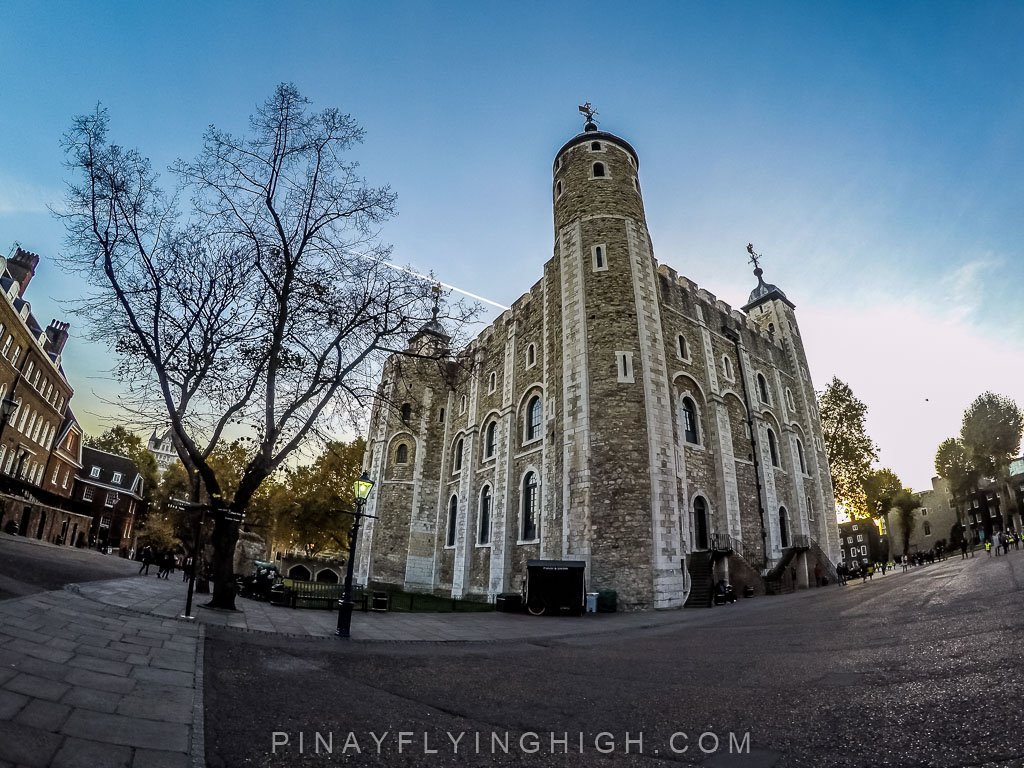 11. The Tower is a UNESCO World Heritage site.
The Tower of London served as an outstanding model of royal power throughout the kingdom from the end of the 11th century. It is also a major reference for the history of medieval military architecture.

Plan your visit to the Tower of London:

Ticket price: GBP25 per adult and GBP12 per child.
Note: Buying your tickets online is cheaper than the gate price.
I bought an annual membership with Historic Royal Palaces which is priced GBP48. With this membership, I have an unlimited access to all the 6 Historic Royal Palaces. If you plan on visiting more than one palace, the membership is absolutely worth it.
Audio guides are available for an extra fee of GBP4. This is absolutely worth it, I highly recommend that you get an audio guide during your visit.
There is a Yeoman Warder guided tours which is already included in the palace admission ticket. Unfortunately, I wasn’t able to do this but I do plan on joining one soon. The tour starts every 30 minutes and lasts for 60 minutes. Although I haven’t tried it myself, I’d definitely recommend that you do it as it for sure is going to be much more informative and interesting than an audio guide. 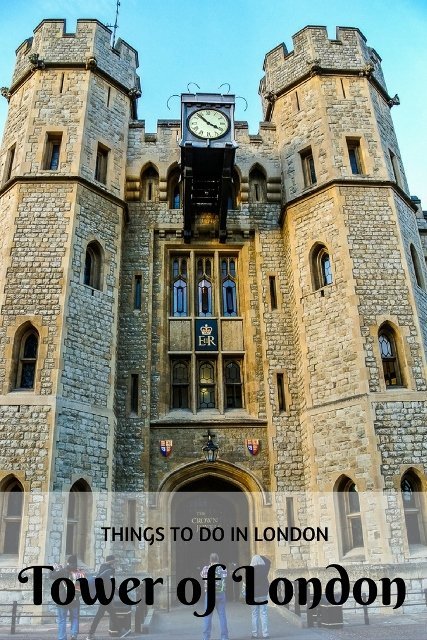