Things To Do in Paris: Take a day tour to Bruges. 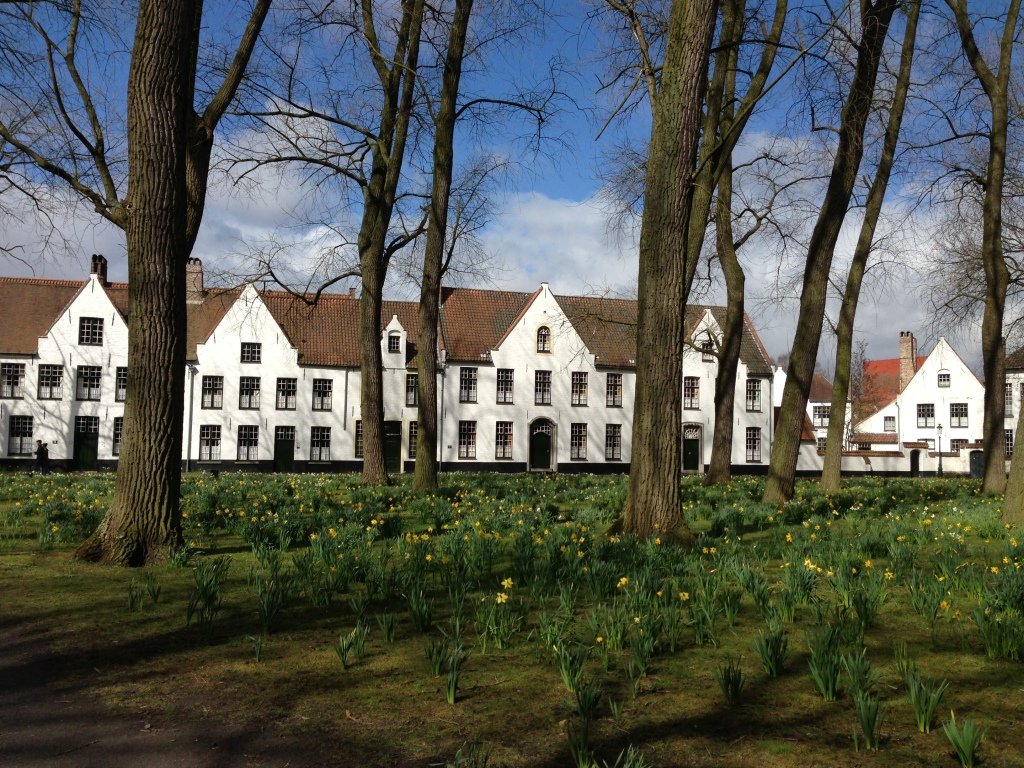 That movie right there made me ache to see Bruges. You haven’t seen it? Then you must. You would want to book a flight to Belgium right after though, don’t say I didn’t warn you.

A few minutes before 7 on a Friday morning, I arrived at the Cityrama office in Paris near the Louvre museum. It was cold and I suddenly had the itch to quickly buy a hot coffee to warm me up. Good thing I didn’t as one of the Cityrama representative came by to pick me up to go to where the coach was parked. The bus was full, which came to me as a surprise as it’s not even the peak season yet for tourists but then again I think Paris has now become an all-year round destination regardless if it’s freezing or not.

Bruges or Brugge or Brugges (I don’t really know how it’s officially spelled), is 4 hours away from Paris by driving. Since it was still too early for me, I basically spent most of the drive sleeping. It was a scenic ride though on the way however, the sleepiness was more powerful than being a good tourist for me at the time.

On the way to Brugge

We had a 30-min stop at a gas station with about 3 or 4 coffee shops to get ourselves some breakfast (own expense). We continued on our journey afterwards which didn’t take much time from the stop anymore. You will definitely know that you’ve arrived in Bruges once the scenery becomes totally different. Bruges is one of the best-preserved medieval cities in Europe which gives this quaint little city a unique charm. As soon as we’ve entered the city walls, the ambiance started to get to me and I felt like I’m actually inside a history book. It’s a perfect postcard city, I didn’t waste any more time and started taking photos.

It’s a very walkable place but if you’re too lazy to do it, you can also opt to rent a bicycle however it might be quite uncomfortable for you since almost all of the streets in Bruges are cobble stoned. Also, the weather in Bruges is a bit of a pain as the maximum temperature it can ever get is 21 degrees celsius. It’s always colder here compared to any other parts of Europe. While I was having lunch, it started raining ice. Yes, ice. A hailstorm! It lasted for about 20 minutes which kind of disappointed me a little since it stopped my adventure altogether. 🙁

Things to do in Bruges:

1. Visit one of the many museums.

Bruges has a lot of museums to offer but what piqued my interest the most are The Friet Museum and the Brewery De Halve Maan. My choice of museums clearly shows how much of a glutton I am, the first one is the fries museum and the latter is the beer museum. Beer and fries, what a very Belgian combination. I mean where else can you find a museum about fried potatoes? Can you honestly tell me that you’re not curious about the Friet Museum by now? 🙂 They also have chocolate and diamond museum apart from the Fine Arts museum called Groeninge. So they basically have a museum fit for all kinds of tourists. 🙂

2. Visit one of the many churches, each with unique religious artifacts to offer.

The Basilica of the Holy Blood houses a vial of blood which is said to belong to Jesus Christ and the Jerusalem church houses a sculpture of the dead Christ. Onze Lieve Vrouwkerk houses the sculpture of Madonna and child, one of Michelangelo’s works.

It will give you a fantastic view of the city.

4. Take the boat cruise and discover the city in a totally different perspective.

Bruges is considered as the Venice of the North as it’s surrounded by waterways/canals.

Bellevue Kriek is my favorite beer and of course I didn’t pass up the chance of being able to drink it where it’s made. It’s sweeter in Bruges. :p

Even if I’m not into sweets, I didn’t pass up the chance of going inside one of the numerous chocolate shops around the city to sample their chocolates. It comes in different sizes, shapes and flavors – one shop was even selling a chocolate shaped like a man’s you-know-what. I was tempted to buy it as I found it too clever and funny but I was afraid that I will be stopped at the airport customs in Dubai for bringing that in. LOL.

Bruges is a very photogenic place and it should be considered as a crime if you don’t take lots of photos while you’re there.

We left at around 4pm and headed back to Paris. 6 hours in Bruges is actually enough for me, as it’s a very compact city – I probably wouldn’t advise for you to stay there longer. Maybe an overnight stay is the best.

I leave you now with some of the photos I took of Bruges. You may visit my facebook page to see the rest: Pinay Flying High.

This last photo is the best summation of Bruges: cobbled stone streets, the canal, bike-friendly, charming houses and bridges.

For a more detailed guide, you can check out Wanderlustin K’s Belgium 101 post.
Pin it for later:

PrevPreviousThings To Do in Paris: Visit the most romantic spot of the city, Pont des Arts
NextWhere I Ate in Bruges: Pizzeria Da MarioNext