Things To Do In London | Learn The Stories of The Ruthless King, Beheaded Wives and Ghosts at The Hampton Court Palace 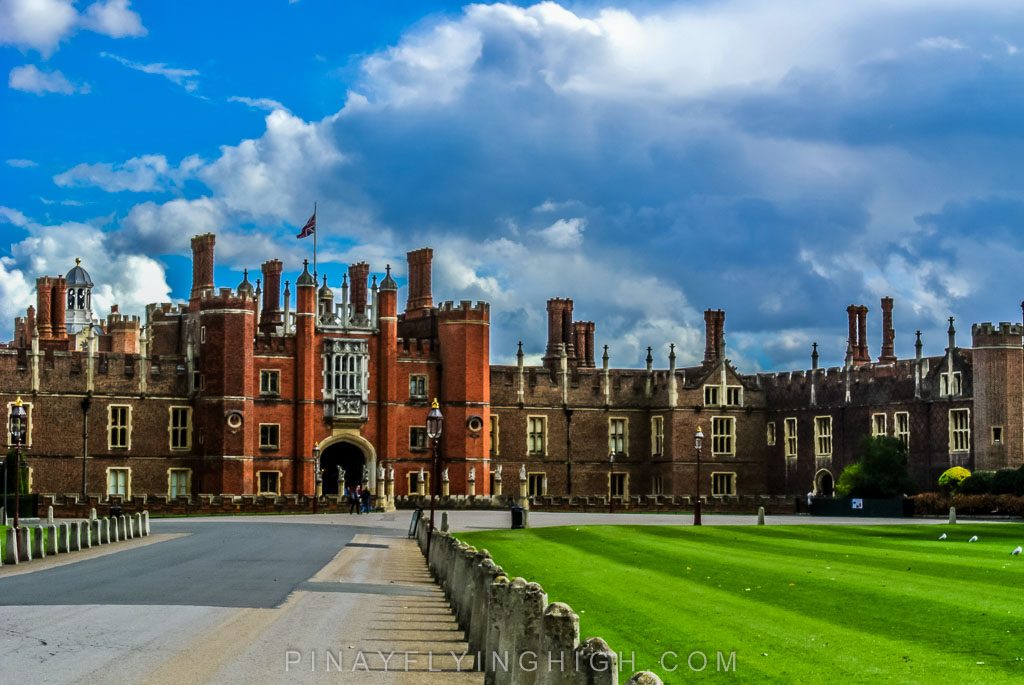 Even before we moved to London, I’ve already read so much about the Hampton Court Palace from other London-based bloggers. To be very honest, I didn’t even know about it when I first visited London in 2012 and I guess it’s not only myself who easily missed out on visiting this palace while in London as a tourist. This I tell you though, you should actually make the time to visit Hampton Court Palace. It’s absolutely worth it.

I’m not a museum geek, I’m more inclined to visit the actual historical sites rather than seeing the things found in a site in a museum. A palace is one of the places I love going to – I love walking around it, exploring the grounds and imagining myself to be in the era when it was at the height of its grandeur. I guess I’m nosy that way. 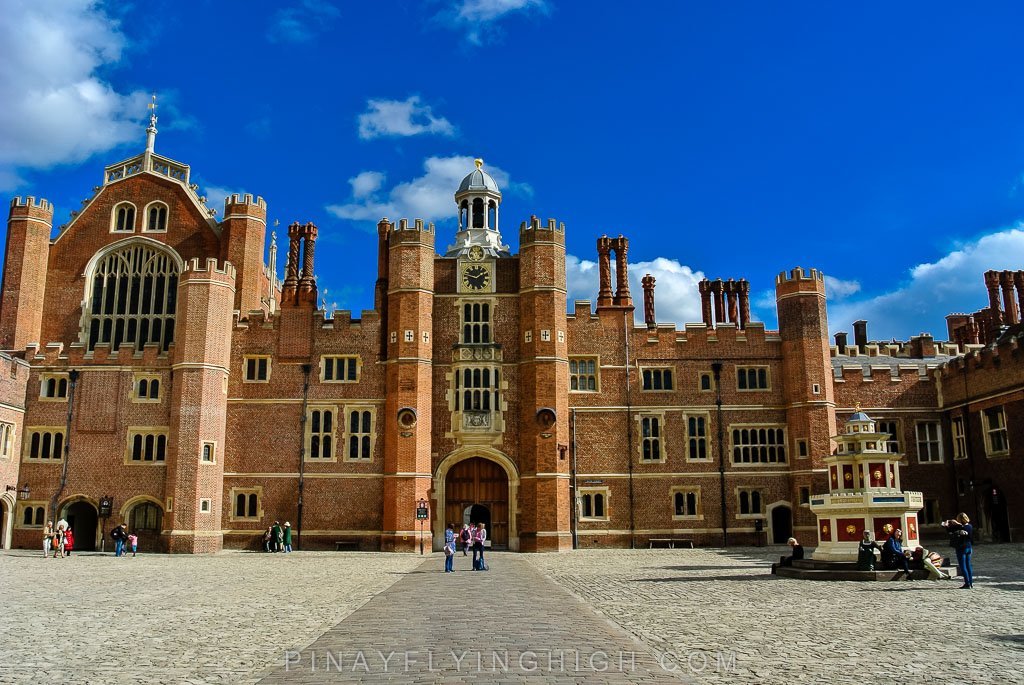 I do have to say that the Hampton Court Palace is probably one of the best palaces I’ve ever visited not only because of its grandiosity but because it was so informative. The audio guide provided will trigger your curiosity and I seriously couldn’t stop myself from exploring every single part of the palace where the audio guide is available. There were a lot of staff as well who’d be willing to answer any questions you might have.

I also love the fact that they did a very good job to make you feel like you are exploring the palace during the Tudor era. Props together with the sound effects in some of the areas make the whole experience more fun and absolutely worth your while.

A Brief History of The Hampton Court Palace 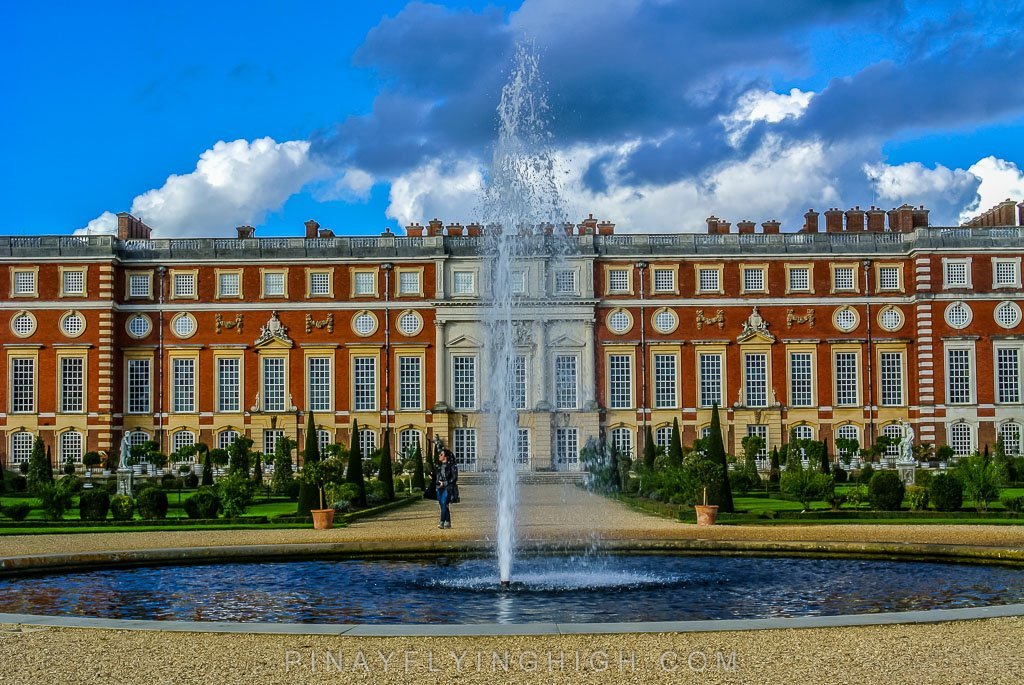 Hampton Court Palace on the River Thames in the Royal Borough of Richmond was initially intended to be the home of Cardinal Wolsey, the advisor of King Henry VIII. However when Wolsey failed to get an annulment of Henry VIII’s marriage to Catherine of Aragon, the relationship broke down and the Hampton Court Palace was then transferred to its most famous resident – Henry VIII.

Who is Henry VIII?

Henry VIII is one of the most famous kings in English history and very well-known for being ruthless and having had six wives during his reign. He was called “Defender of Faith” when he wrote a book defending the Catholic teachings however, he later established himself as the head of the Church of England and became the Catholic church’s enemy when he failed to get an annulment of his wedding. He was also known to be the bloodiest Tudor ruler ordering 72,000 executions during his reign.

My favorite area of the Hampton Court Palace was Henry VIII’s kitchen which was considered as the biggest kitchen of Tudor England. The kitchen was built to feed 600 people which of course became the central part of the palace life. The kitchen area was very interactive, the butcher shop had meat all around it and you can hear someone chopping inside (probably not a good place to be in the evening?). While in the roasting area, a staff can be seen rotating pieces of meat by the fire who can actually answer any questions you might have. 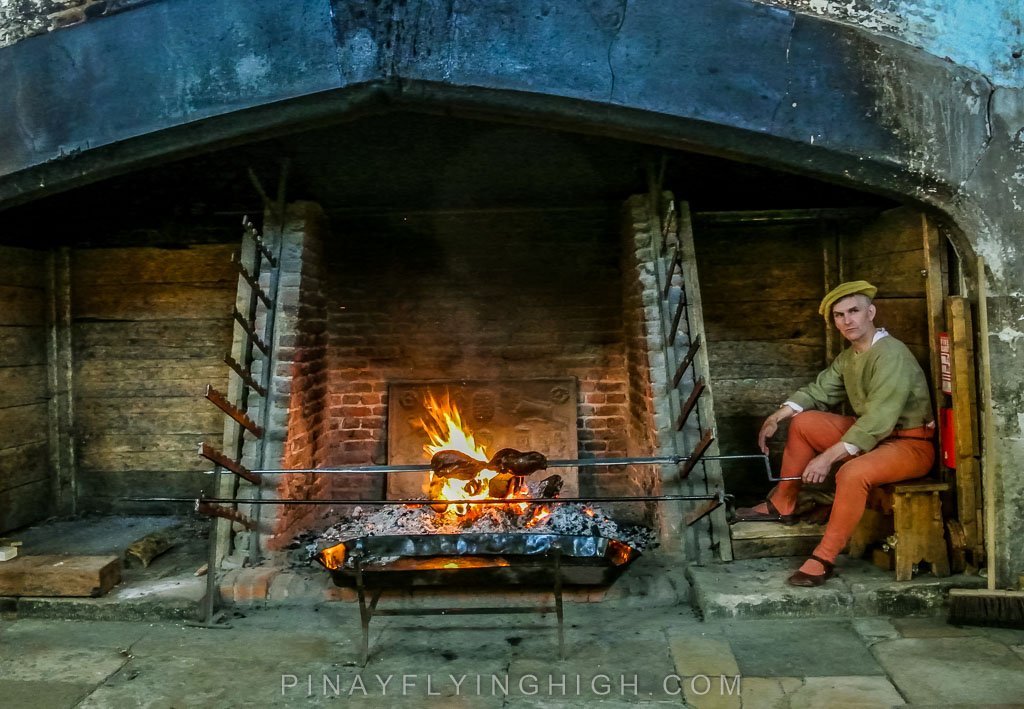 Above the kitchen is the Great Hall situated strategically so that bringing the food from the kitchen to the hall will only take half a minute. The hall of course was grand, decorated with expensive and bigger-than-life tapestries. 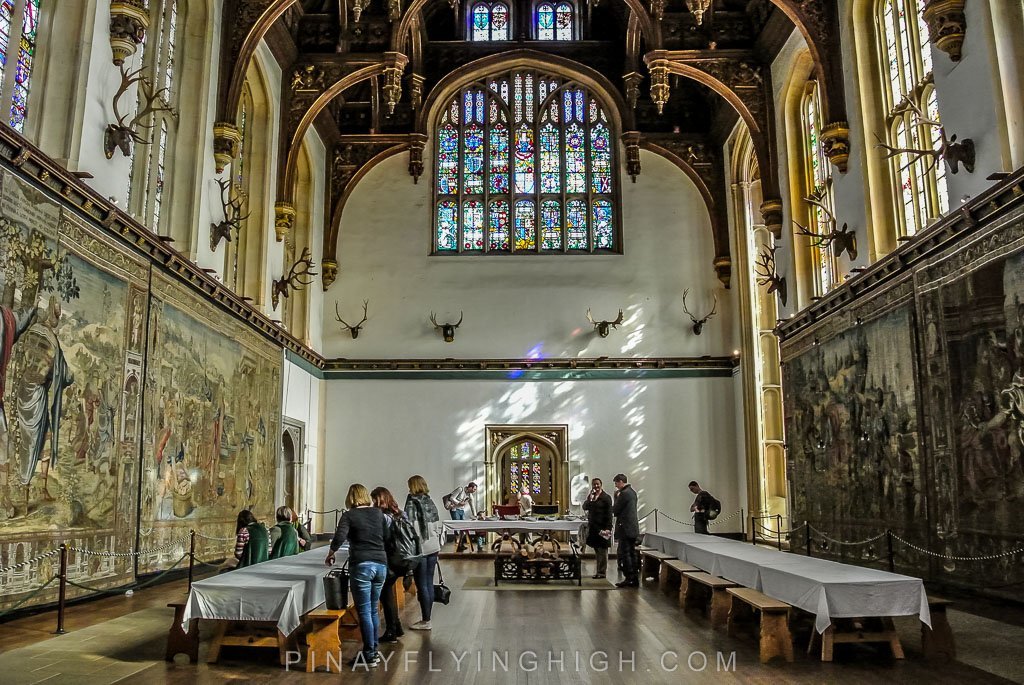 The Chapel Royal was amazing with its elaborate design which matches the palace’s opulence. A replica of the crown worn by Henry VIII is also displayed here, sadly photography isn’t allowed in this area.

While the apartments were of course just as grand, I was very much more drawn to explore the grounds of the palace most specially the Privy Gardens which was built during William III’s time. 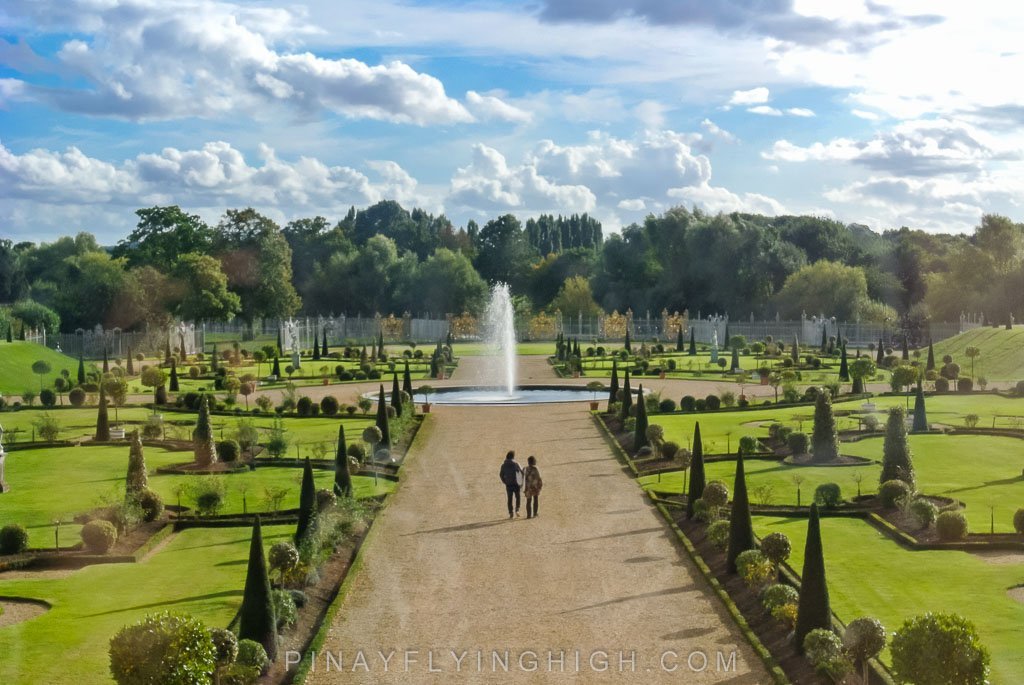 “This garden from Henry VIII’s day was always the King’s private garden, and very few people would ever have gained admittance to it up until the 18th century. Even then, it remained a private garden for the grace and favour residents of the palace right up until the early 20th century.’”
– Susanne Groom, Curator of Gardens Exhibition
Historic Royal Palaces Website 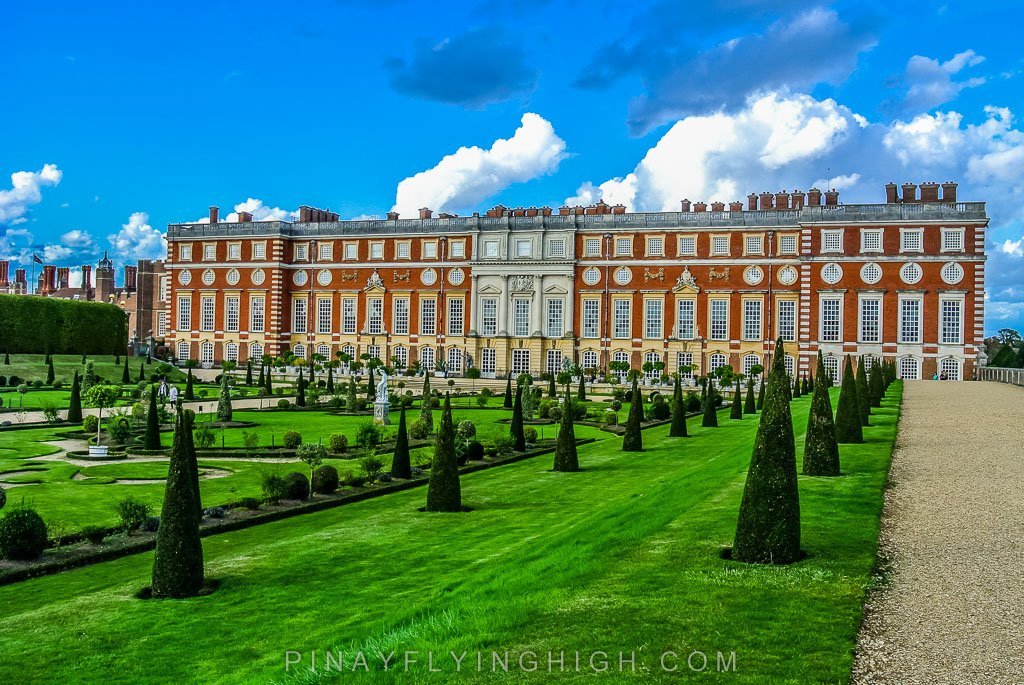 There’s also a maze in the grounds of Hampton Court Palace however, I didn’t want to explore it by myself for the fear of not being able to get out of it. I do want to go back there for the maze though but not until I have someone to go with me. Lol.

Screaming Lady at the Haunted Gallery 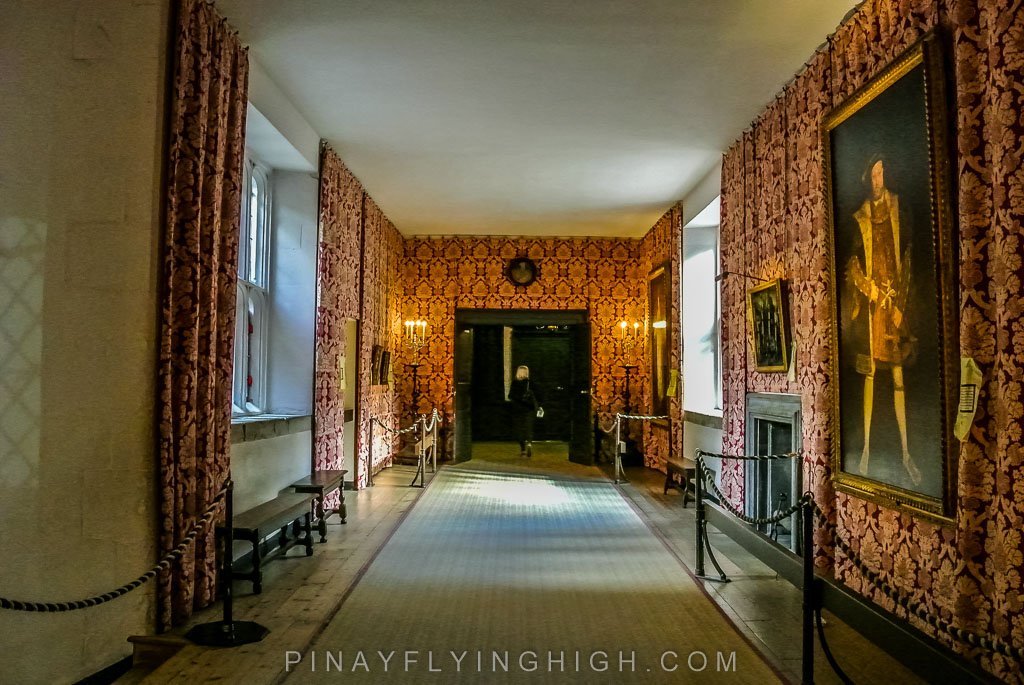 Catherine Howard was the 5th wife of Henry VIII and was put into house arrest when she was charged of committing adultery. She was able to escape somehow and went towards where Henry VIII was to beg for his forgiveness. The guards dragged her screaming back towards her room and this particular scene is believed to be being reenacted by her ghost in the gallery posted above. People claim to hear the screams of someone being dragged down that hall. Creepy.

Sybil Penn was the servant to four Tudor monarchs and her haunting of the Hampton Court Palace began when her tomb was moved.

A ghostly figure was caught on a CCTV camera in 2013 which is now named as Skeletor.

“On the first day, CCTV footage showed the doors flying wide open with great force but there was nothing to reveal why. On the second day, the same thing happened but this time a ghostly-looking figure in period dress suddenly appeared on the screen and closed the doors. The doors opened again on the third day but there was no further sign of the ghostly doorkeeper.”
– Historic Royal Palaces Website

If you want to spook yourself out some more, see the Skeletor on the CCTV still here. 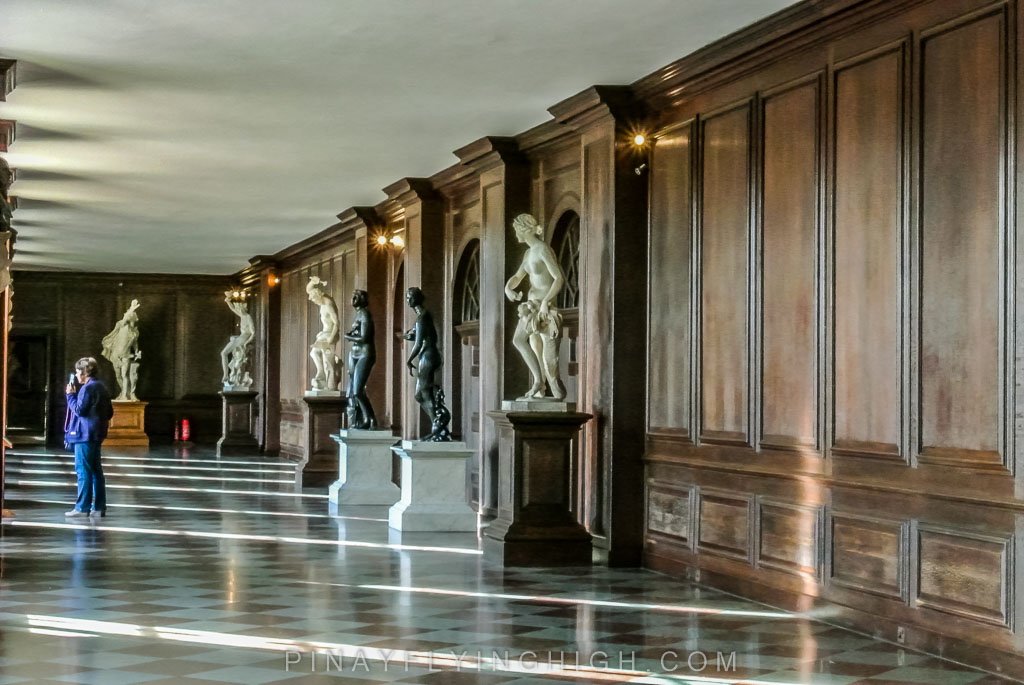 I spent 3 hours in the Hampton Court Palace alone and probably another 30 minutes in the gardens. You should definitely allocate at least half a day in this palace as it’s so informative and very interesting that you wouldn’t want to rush your visit.

To go to Hampton Court Palace, it’s a 35-mins journey via the Southwest Train from Waterloo station. Nearest train station is Hampton Court which stops near to the palace itself. Hampton Court is in Zone 6. 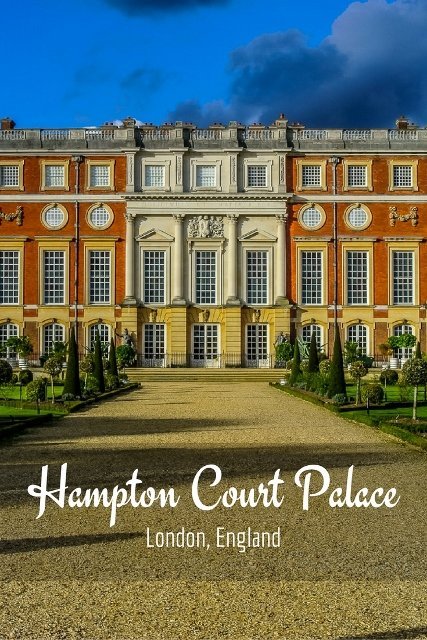