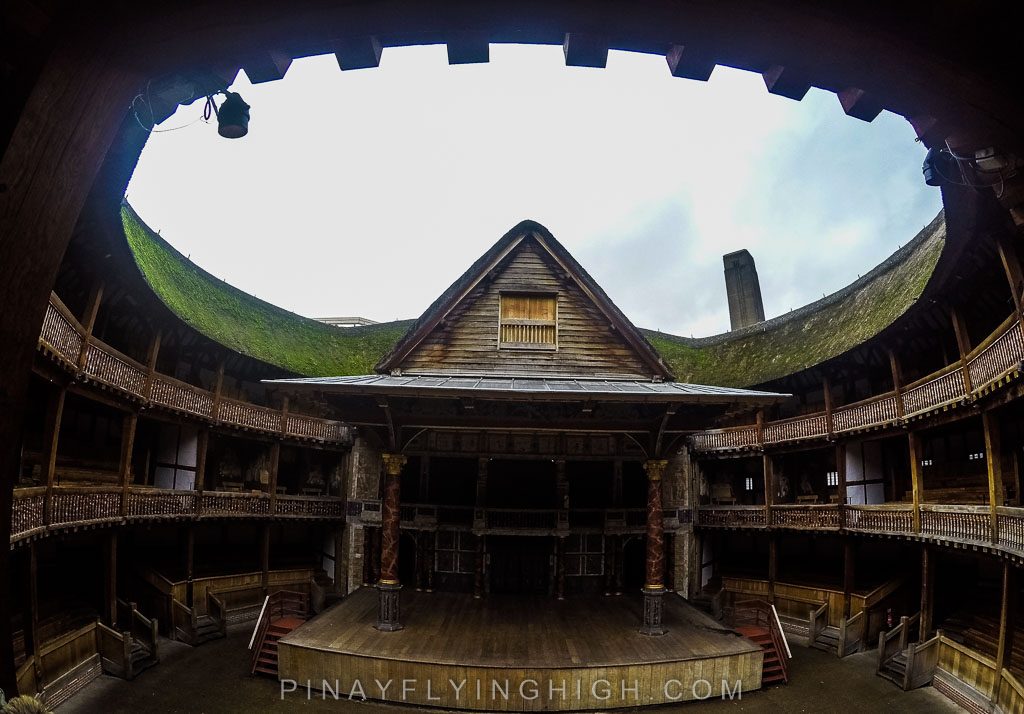 I’m on a mission this year, every week I will set aside one of my days off to play tourist in the city of London. I think it’s the only way for me to not neglect this blog and of course to not be a stranger in the city that I live in now. That might break the bank though considering how expensive it is to explore London (at least for me). Thanks to Groupon, I think I’d be successful in this mission.

I bought a Groupon deal for a tour around the Shakespeare Globe Theatre and paid £12 instead of £16. For those who’ve been following this blog, I love a bargain no matter how small the saving is. So YAY to £4! 🙂 One thing I noticed at the Shakespeare Globe Theatre though is every single person working there seem to be miserable. I arrived at around 1pm so it can’t be possible that they’re already tired for the day (or were they?).

I got lost (so did a lot of other tourists who wanted to join the tour of the theatre) and couldn’t find where the tour will start. Every staff I asked for directions from were all grumpy. I was obviously a nuisance to them for asking for directions. If it was only me asking for directions then I’m probably just not paying attention but there were a lot of us running around asking staff where the tour will start, probably a visible and very obvious signage is needed so we won’t be bothering the staff. 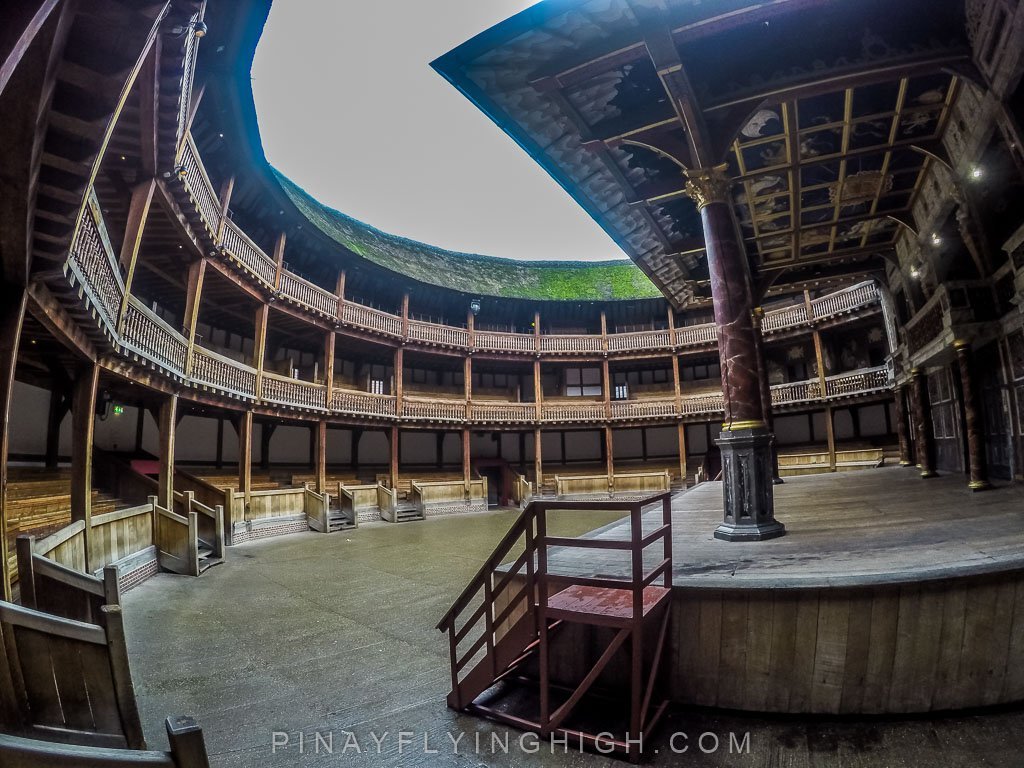 For everyone who’s planning to do the Shakespeare Globe Theatre tour, the entrance is the same entrance as the exhibition area. It’s a glass door facing the Thames River.

I wanted to explore the exhibition but then a group of school girls were doing the same and I just can’t handle the huge crowd of girls around me. I went straight where the tour will start and just waited for our guide. As soon as the tour started, everything which happened earlier that day was forgotten. Our tour guide was amazing and gave such an in depth history and a lot of information about the Shakespeare Globe Theatre.

Some of my favorite facts which I learned from the tour are:

The Shakespeare Globe Theatre that we now have today is just a recreation of the original theatre. It was the idea of an American actor, Sam Wanamaker who visited London and was surprised that there’s no tribute to Shakespeare in the city. The reconstruction took 20 years, Sam died before it was finished. 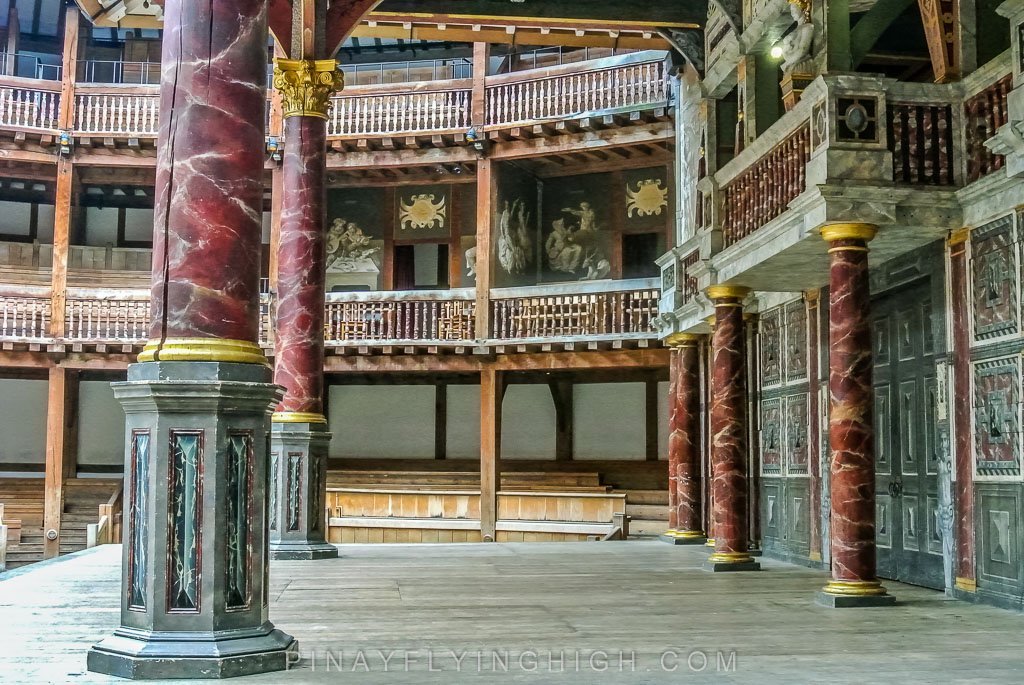 The original Shakespeare Globe Theatre is located not far away from the site of the current theatre. During those times, many Londoners were strict Protestants and banned the public presentation of plays and all theatres within the city limits of London as theatre plays and actors are considered to be immoral. All theatres located within London were forced to move to the south side of the River Thames.

The original theatre burned down during a presentation of Henry VIII play. As a special effects, the production used a cannon and the thatched roof caught some of the sparks which started the fire. Some people say that the whole theatre burnt down within an hour while some people say that it was within 2 hours. A second theatre was built on the same site of the original one but it was closed down by the Puritans with an order of suppressing all stage plays. 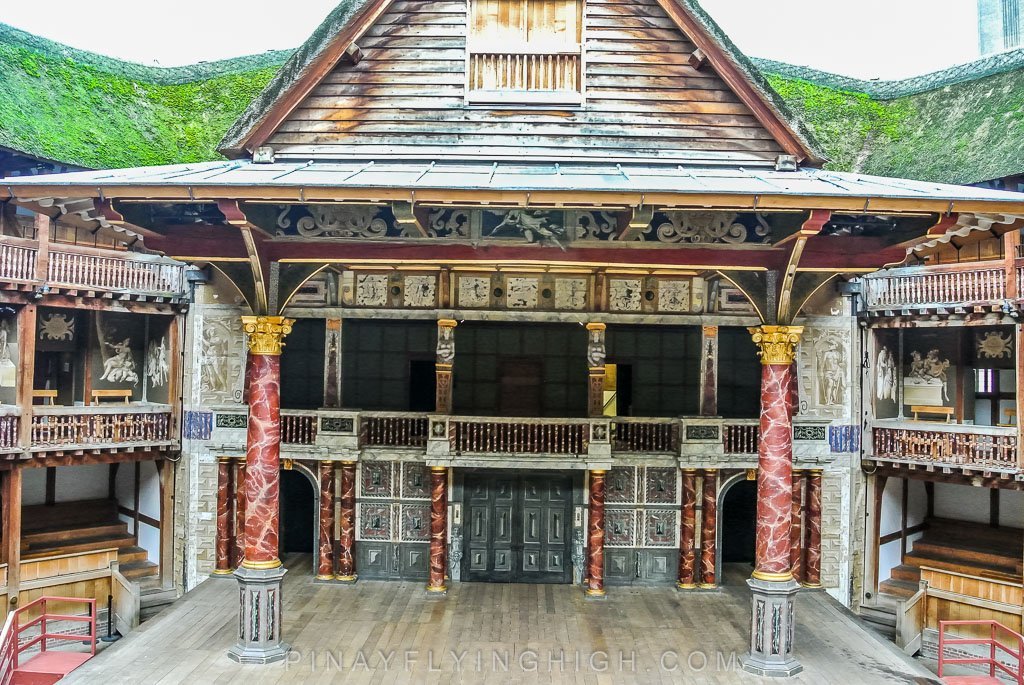 The Shakespeare Globe Theatre or The Globe as what it’s now called normally is one of the cheapest theatres that you can go to in London these days. The most expensive ticket is priced at £45 while the cheapest is the standing area in front of the stage which is priced at £5. It is also an open theatre (I did not know this and wasn’t expecting this at all) so performances are only held between April to October. During winter, plays a performed in the indoor theatre.

It’s the only thatched roof building in London now as there’s been a ban of such roof after the Great Fire. There’s also no microphones and speakers in this theatre and the music is played in period instruments.

The recreation of the theatre was truly impressive. While nobody knows exactly how accurate it is, I do think that they did a really good job. Materials used are oak and pine trees which would’ve been the same materials used during Shakespeare’s time. The seating area is probably the most uncomfortable seating area I’ve ever seen in a theatre but that’s how it would’ve been during Shakespeare’s time.

I enjoyed the tour itself and though I’m not a HUGE Shakespeare fan, I probably would want to witness a play in the Shakespeare Globe Theatre just to have an experience of it. I’m definitely not going to be in the standing area though. 🙂 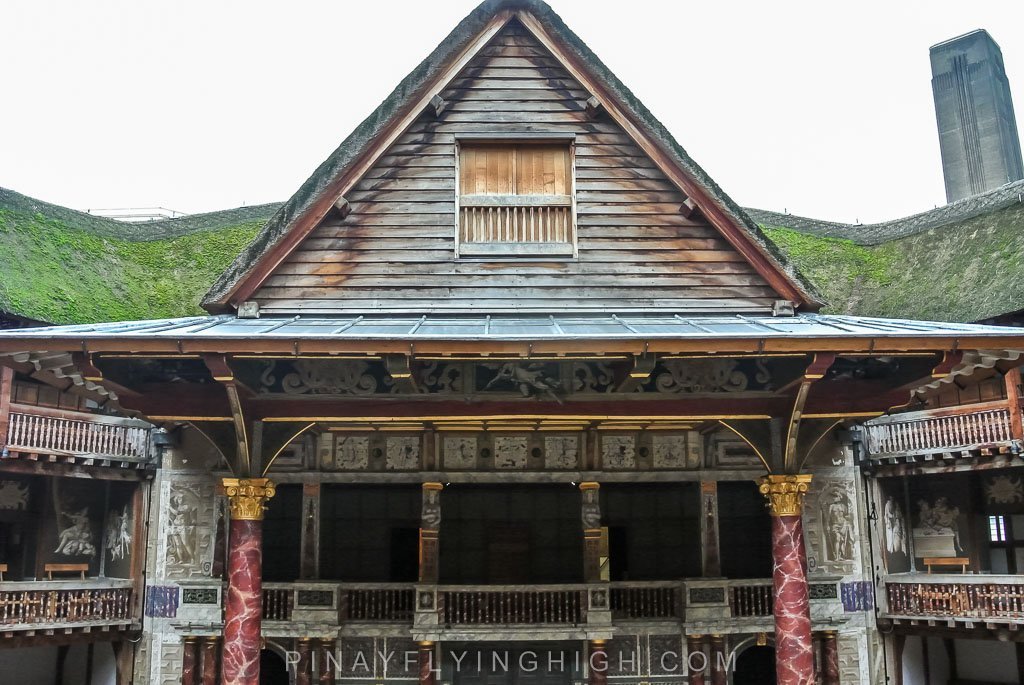 Plan Your Visit To The Globe Theatre:

Opening hours: 9:30am to 5:00pm everyday.
Nearest underground station: Blackfriars
There’s no need to book your tickets in advance. Tickets can be bought on the admissions desk on the day, every day.
Guided tours depart every 30 minutes.
Adult ticket costs £16.00
Children ticket costs (5-15) £9.00
Children under 5 are free of charge
Tours may not be available if there’s a performance going on, do check their calendar before going.