Things I Learned After Living In London For A Year 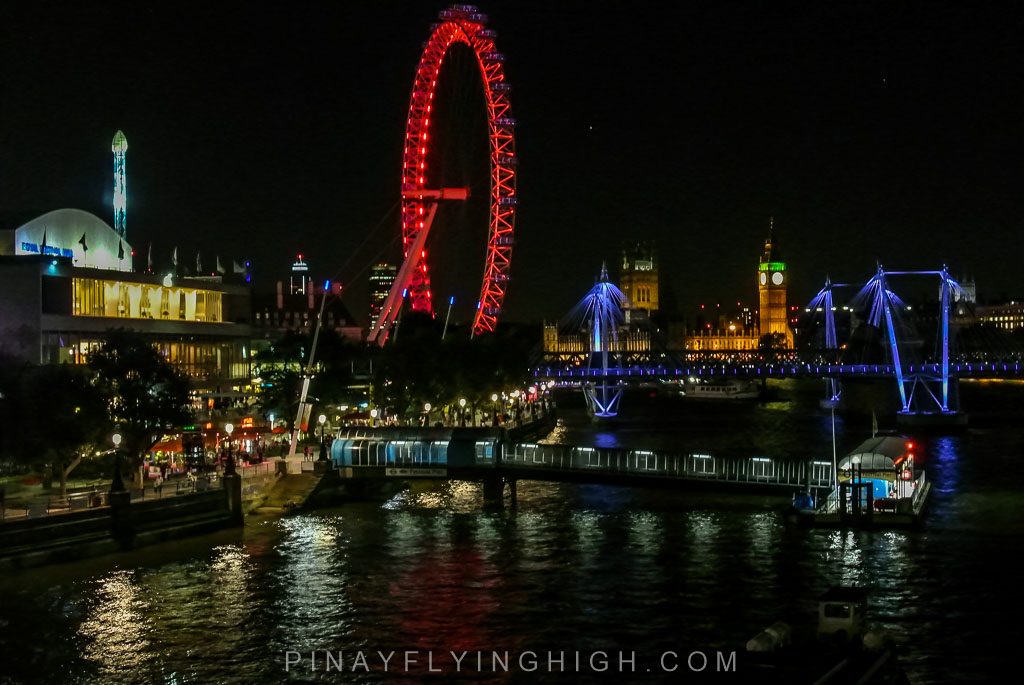 Exactly one year ago today, The Greek Mister and myself took a flight out of the Middle East which was our home for 9 years to go to the greener pastures of London (quite literally). Whenever we’re reminded about it, we’ll both agree that it was the best decision we’ve ever made. Don’t get me wrong, we did enjoy our 9-year stint in the Middle East but the reality is, it’s not a forever home. At least not for us. Making the move to London was a big risk as we had to give up all the luxury that we enjoyed for being an expat in the Middle East but right now, I just wish we’ve done the move sooner.

So it’s been a year after the big move, clearly there are no regrets but did it meet my expectations? Did I have to go through a huge adjustment with my life here? Was there a culture shock at all? Let’s see..

1. I realized I didn’t know how to speak English.

The pronunciations, spellings and word usage are very different here in England than what I learned from an American English teachings. Center is centre, chips is fries and of course, pants aren’t trousers.

When someone asked me for the first time if I was alright, my initial reaction was immediately a defensive “Yes, why?Don’t I look alright? Do I look like shit? Is there something on my face? What? Tell me! Tell me now!” I didn’t know that “Are you alright?” or “Are you ok?” are another version of “how are you?”.

They also have a very confusing slang of words – bril for brilliant, ridic for ridiculous, idiot box for a television set, knees up to describe the energy of the place (this party is knees up!), cock up is a mistake of epic proportions. It’s all too conf (for confusing, made that slang up! lol) for me, mate. But my favorite is innit which I’m starting to use now myself. :p 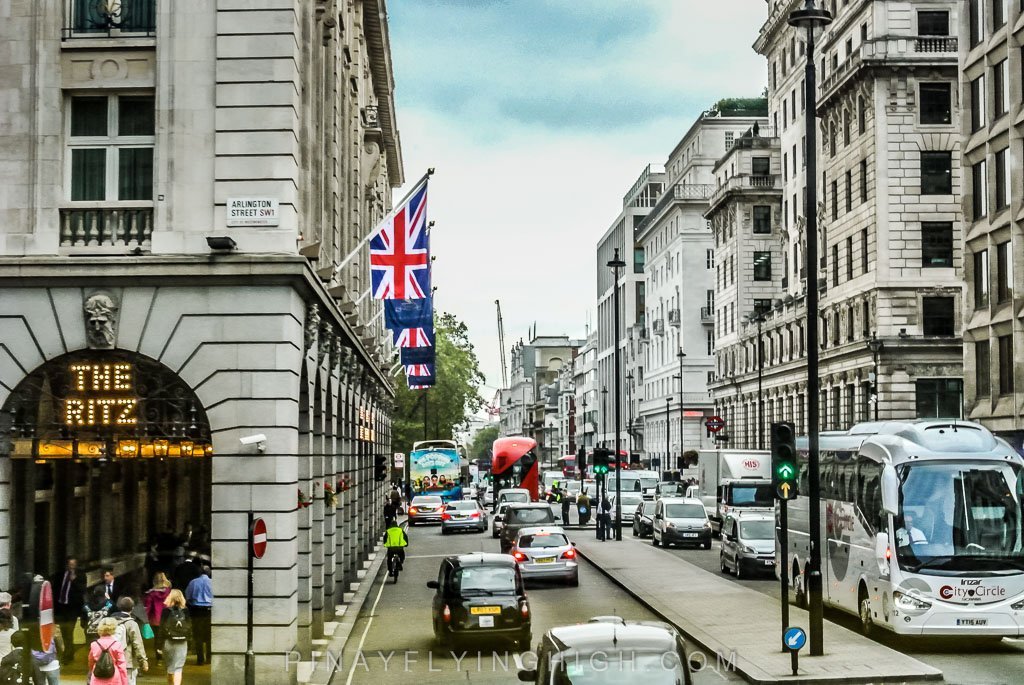 2. I realized that I don’t really like pork that much.

When I was living in the Middle East where pork is banned (in Qatar) or expensive (Dubai), I’d always go crazy when I’m on a holiday in a place where pork is freely served and would order any dish with that meat in it. After a year of moving to London, I can count the times when I actually ate pork. It’s nice to know though that I do have that option in supermarkets and restaurants.

I feel the same way about alcohol by the way. :p

When we moved to London, everyone would tell me to wait for winter to come whenever I tell them that the weather isn’t as bad as everyone thought it is. Well guess what? Winter has come and gone and I’m still not moaning about the weather here. Ok, I’m lying. I did moan, I moaned about how hot the summer is here. Yes, hot. Not cold.

The thing is, I’m done with the heat. I lived all my life in the tropical country of the Philippines and just like the heat there isn’t enough, I moved to the desert. I welcome the cold weather, I love the rain. I love being bundled up in layers of clothing while walking around. I definitely prefer that than sweating my ass off even with the thinnest layer of clothing. So yes, bring on the cold weather! 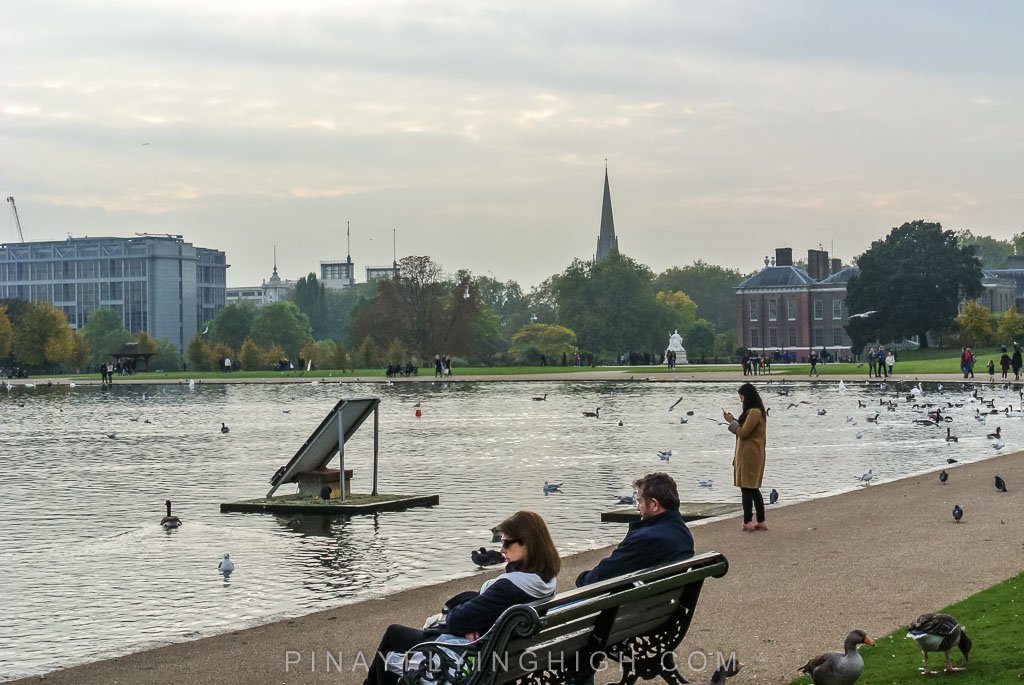 5. But standing on the right side when you’re on an escalator is a law that you must abide by if you don’t want to be shouted at by people who are trying to catch the train.

6. British people are not as polite as everyone say they are.

I might get a lot of British haters by saying that but here’s the thing, I work in the travel industry with a heavy focus on customer service and believe you me, I’ve handled some really rude and sarcastic clients since I’ve started. But then again, rude and sarcastic people are everywhere so it’s not unique to Britain.

You don’t have to be working here to know that though, just trying walking slowly in tube stations or just about anywhere in the city during the rush hour and you’ll see what I mean. 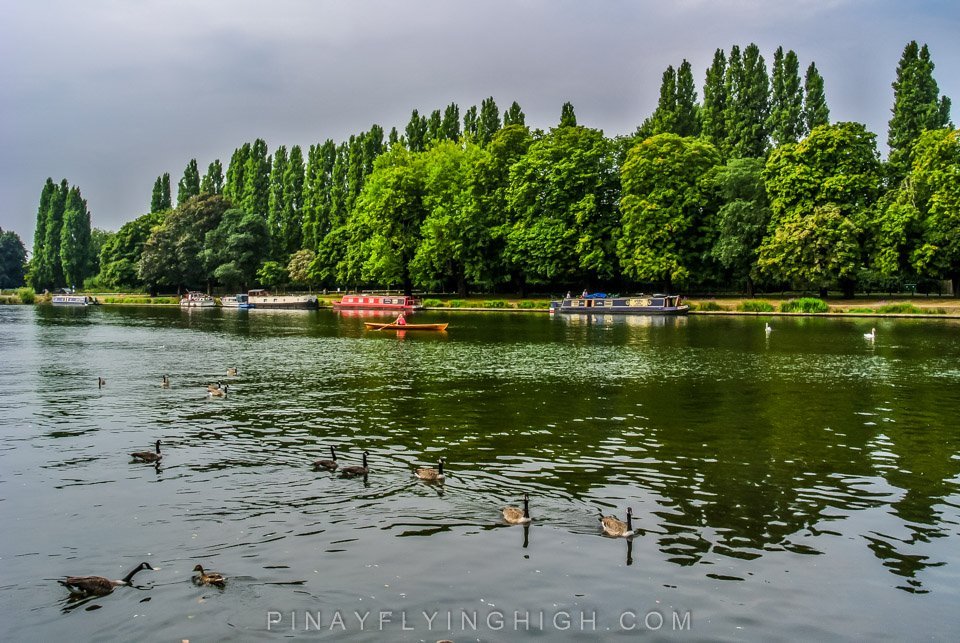 7. Tea with milk is amazing!

8. But afternoon tea is NOT.

It’s expensive and just not worth it. It’s not about me being cheap because I’d spend the same amount of money or probably even more by dining in restaurants which will serve me proper food and not just scones and tiny cupcakes.

9. If you get bored of London, you should definitely have yourself checked because there’s something absolutely and horrifyingly wrong with you.

There are not enough weekends in your lifetime to see the whole of the city and do all of the activities it offers. There’s just so many things to do and so many things to see in the city (and beyond). Everytime I cross out something from my London bucket list, I’ll just have to add 5 more into it. It’s never ending. 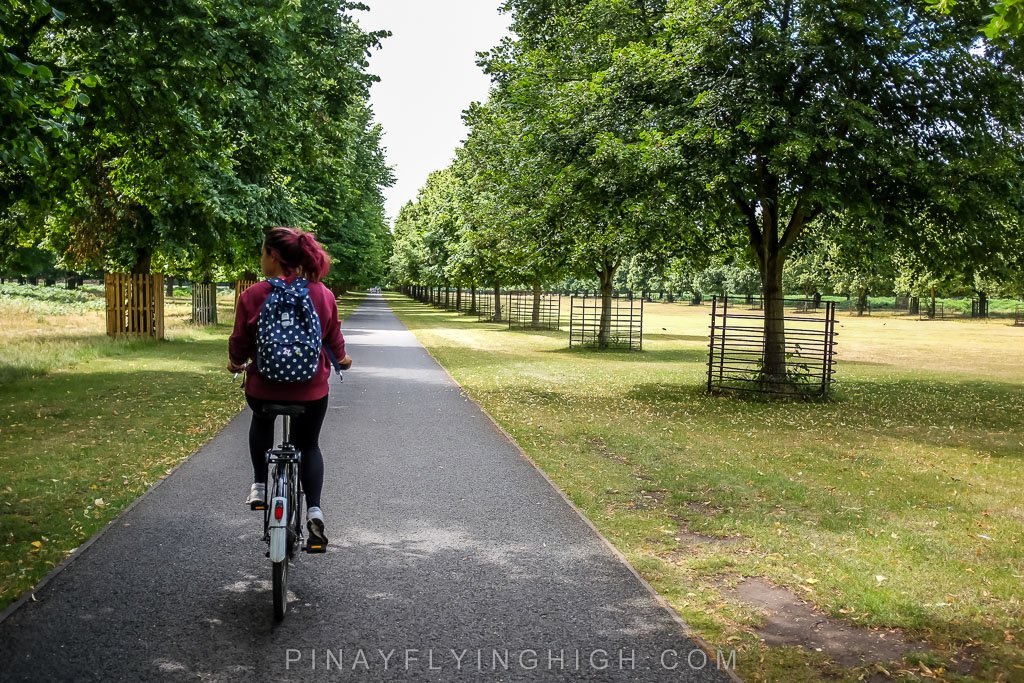 10. Wherever you may be, there’s always a park nearby.

I’m lucky because I have both Bushy Park and Richmond Park near where I live. It’s one of the reasons why I love it here in London. The downside is, you don’t have any excuse now for not being active outdoors.

11. Speaking of outdoors, you’ll walk a lot in London.

The distance I walked on my first whole year in London is equivalent to the distance I’ve walked when I was living in the Middle East for the whole 9 years. Moving here made me realize how very unfit I actually am.

13. Grocery is cheap (at least compared to the Middle East).

14. Eating out is expensive.

15. The whole city goes all out for Christmas and it’s my favorite time of the year! 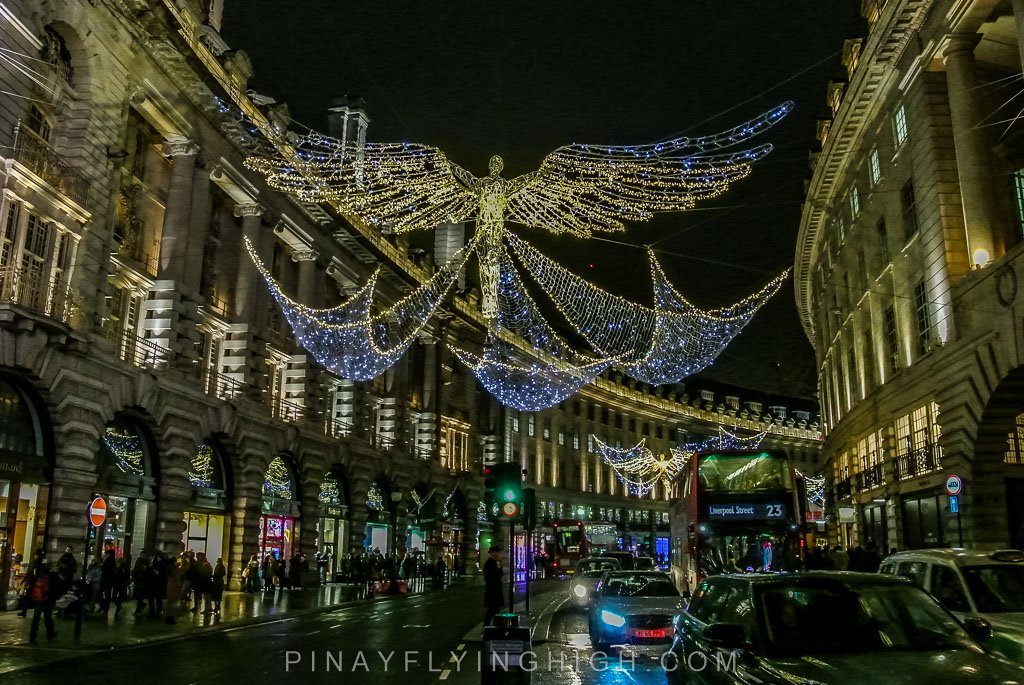 16. Going to the theater expensive.

I thought that since there are a lot of theater in the city, the cost of seeing one would be reasonable. No, it’s not at all. You’ll have to book your seats at least a month in advance to get a good deal for the tickets.

17. Everyone would want to visit you.

We’ve hosted three friends and a family member for the first two months after moving to London. That’s already four times more than when we were living in Doha for the whole two years where only my mother-in-law dared to visit us. In total, we’ve had 11 visitors for the entire year that we were here. Everyone wants to see London and everyone will end up being in London, be it for work or tourism, at some point. So you don’t really have to worry about missing your friends and family a lot when you move here because sooner or later, they’ll have to come and visit you. 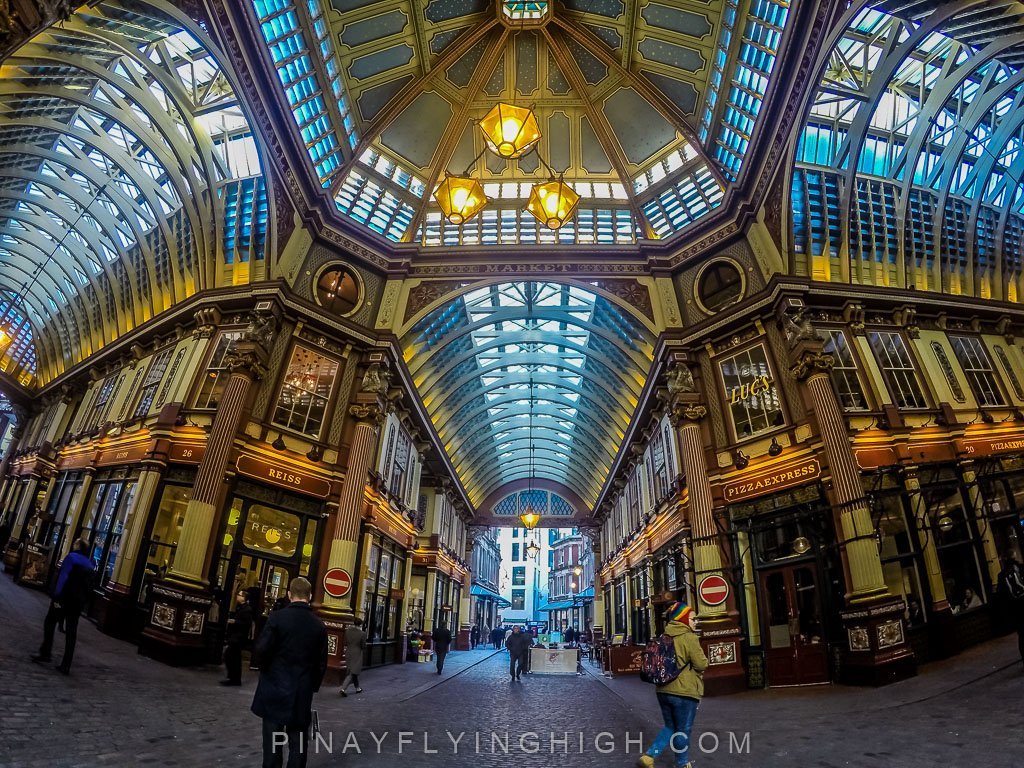 And you’ll be lucky if you find an apartment with a lot of storage space.

19. You’re mad if you decide to go to the city center during the weekend.

When we moved here last year, I thought that I’ll always be in central London every weekend to explore it. I realized far too quickly though that only the insane would enjoy being squished inside a very packed, smelly and sweaty tube stations and only the suicidal would want to navigate around a huge crowd of people in every inch of London center. I don’t have that much patience so I steered myself away from central London during the weekend, no matter how much I love the city. 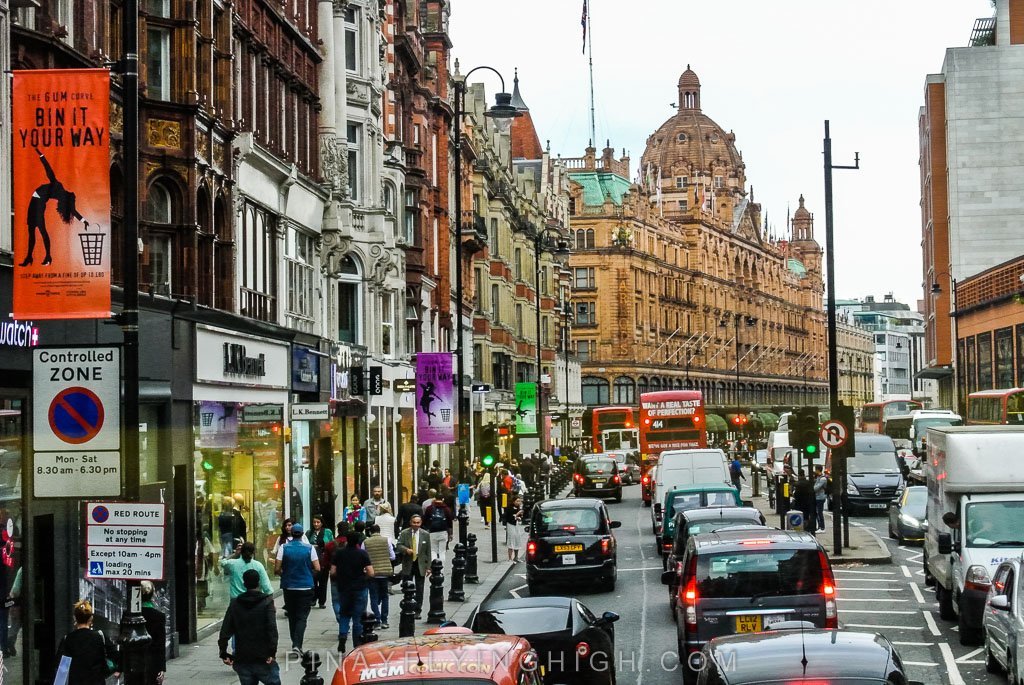 20. Public transportation is amazing and citymapper is the best app ever created by mankind.

That’s coming from someone who lived far too long in a place where the only option is to take a cab whose drivers will loot you. Trains may oftentimes, be late and tube strikes may happen without any warning. But the fact of the matter is, London is very well connected by public transportation so you can get anywhere at any time. Your citymapper app is your lifeline while navigating the public transportation of the city. Now reaching your destination in time is a totally different topic.

21. After spending a holiday outside of London, you’ll be excited to get back to the city which you now consider as your forever home after only living here for a year.

At least that’s the case for me.