Things To Do in Dubai: Get On That BBQ Donut 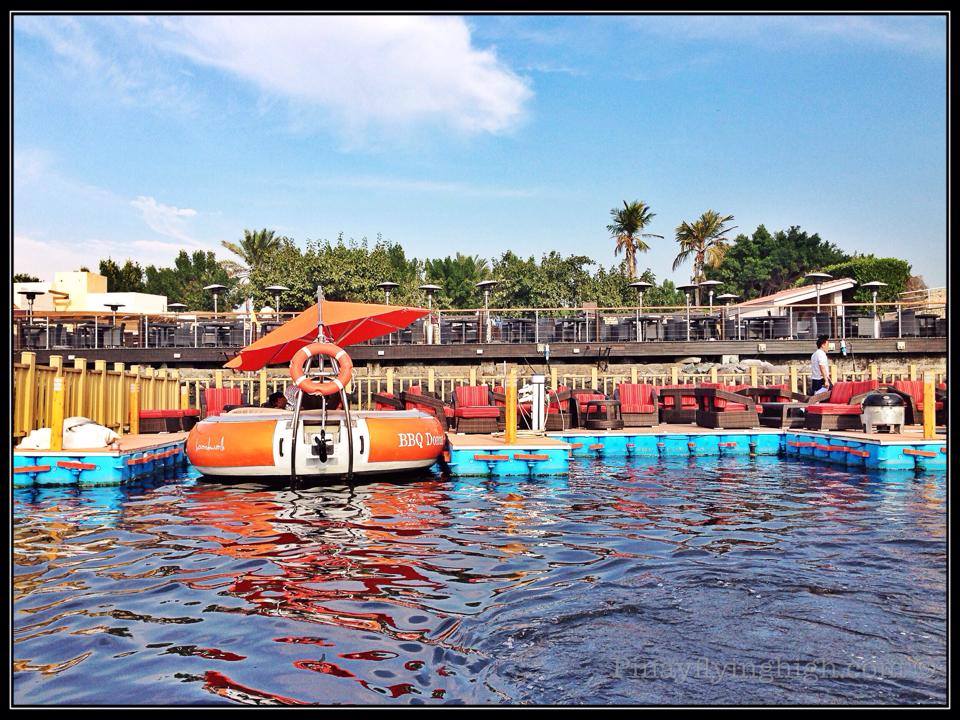 All photos are taken by yours truly with an iphone5.

Have you ever dined in a donut? Yes, I meant IN a donut. Not yet? I thought so because I haven’t too until a few weeks ago. You might be thinking right now, WTF am I talking about right? Because that’s exactly what was in my mind when I received an invite for a Bbq Donut dining. I researched about it and I was surprised that it has been in Dubai for quite sometime now. As per my not-so-extensive research, the BBQ Donut originated in Germany. The Germans will take one of these donuts and have a picnic in the middle of one of its numerous lakes. BBQ Donut is set in Dubai creek at the Boardwalk. It may sound weird for some but I was extremely interested and curious about it. So off we went on one a few weeks ago, still with the boyfriend’s mother and aunt who were visiting Dubai. 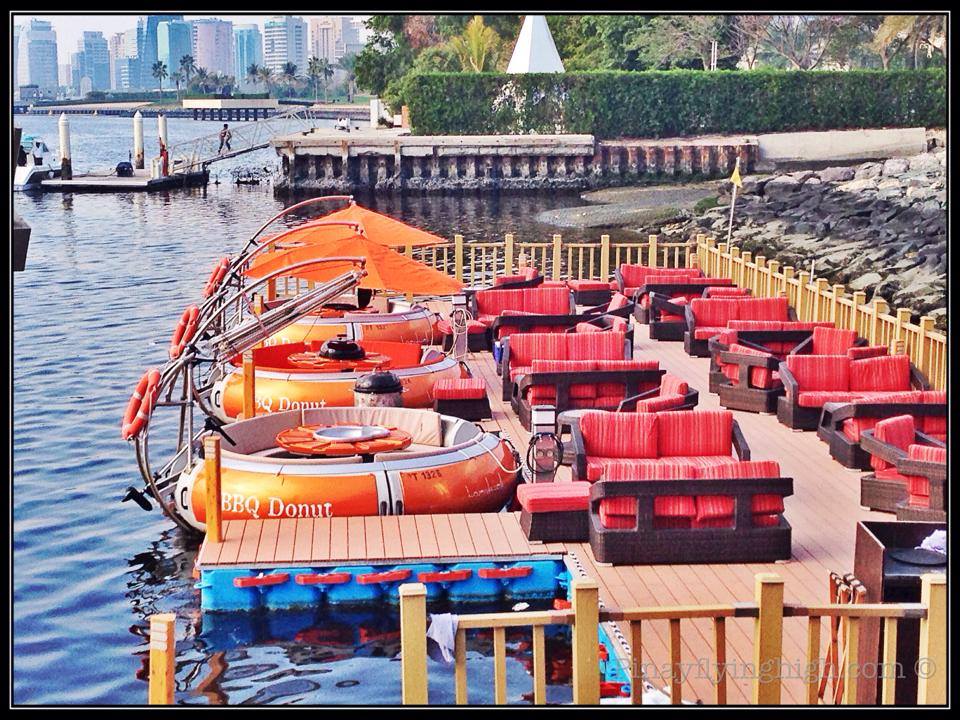 I called up BBQ Donut a day before and I was surprised when the restaurant reservation agent told me that we were booked for 7:30pm as I was informed that it was supposed to be at 3:30pm which is what we actually prefer. There was quite a confusion at first but then it was easily sorted. We arrived at the Boardwalk the next day and was assisted towards the BBQ Donut area, again there was a bit of a misunderstanding. It was sorted after a few minutes though so the original plan went ahead. It kind of affected my mood though, all these unnecessary confusions BUT I forgot all about it once we started the cruise. 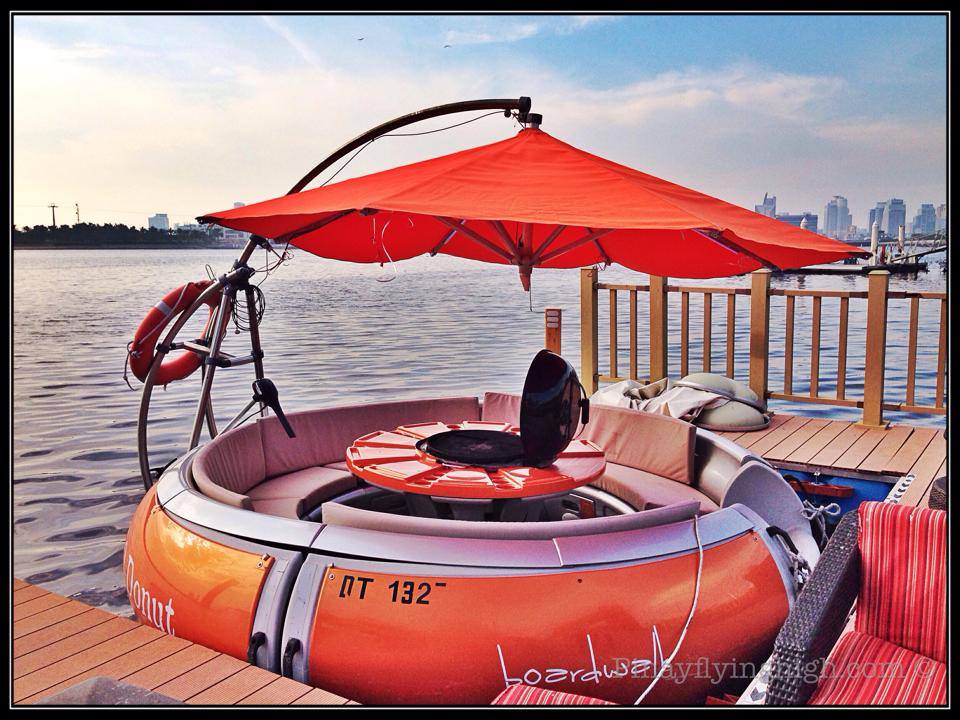 As soon as everything was settled – we went on the dock and the BBQ Donut staff explained how to operate the grill and the donut itself. The donut is actually a motor-powered, giant inflatable tube with a proper circular table and a grill in the middle. It can accommodate upto 8 passengers. As soon as the boyfriend understood how it works and all the food were put on board, we started our journey into the Dubai creek. I was expecting to be seasick but surprisingly, you won’t feel anything. The donut moves slowly and the creek was very calm with no waves whatsoever. It was literally like a floating raft but much more sturdy.

I admit that the first few minutes as we set off was quite stressful. We were all figuring out how to maneuver the donut and didn’t notice that some of the bread that we’ve put on the grill were already burning. Lol. It was extremely chaotic, in a fun way. 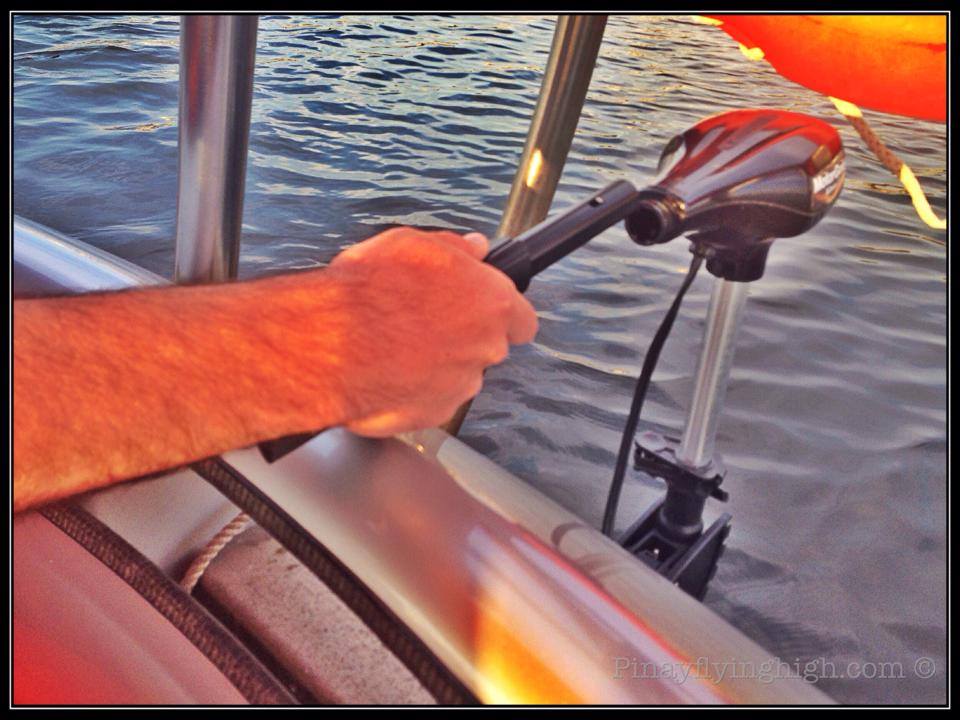 I pulled the handle of the motor out of its socket and it almost fell in the water, Lol.

As soon as you’ve figured out how it works including the grill, the experience is really enjoyable. Sitting in a donut as you cruise the Dubai creek with fantastic views while enjoying a great meal, is there anything more unique than that? 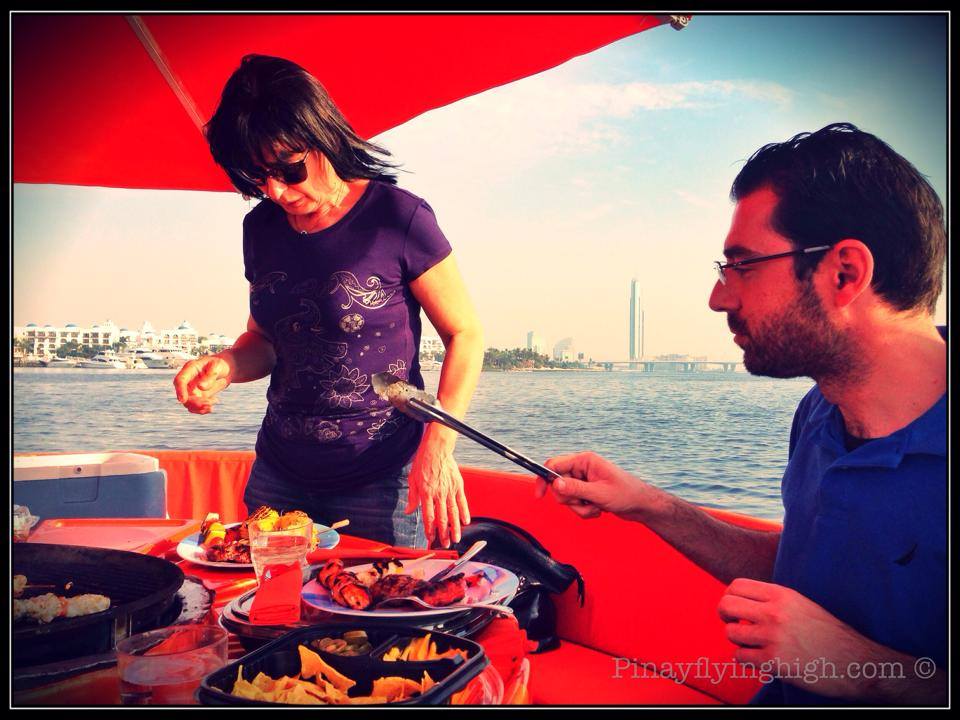 They will provide all the food for the grill, we were offered the Tasty Mix which included the following: 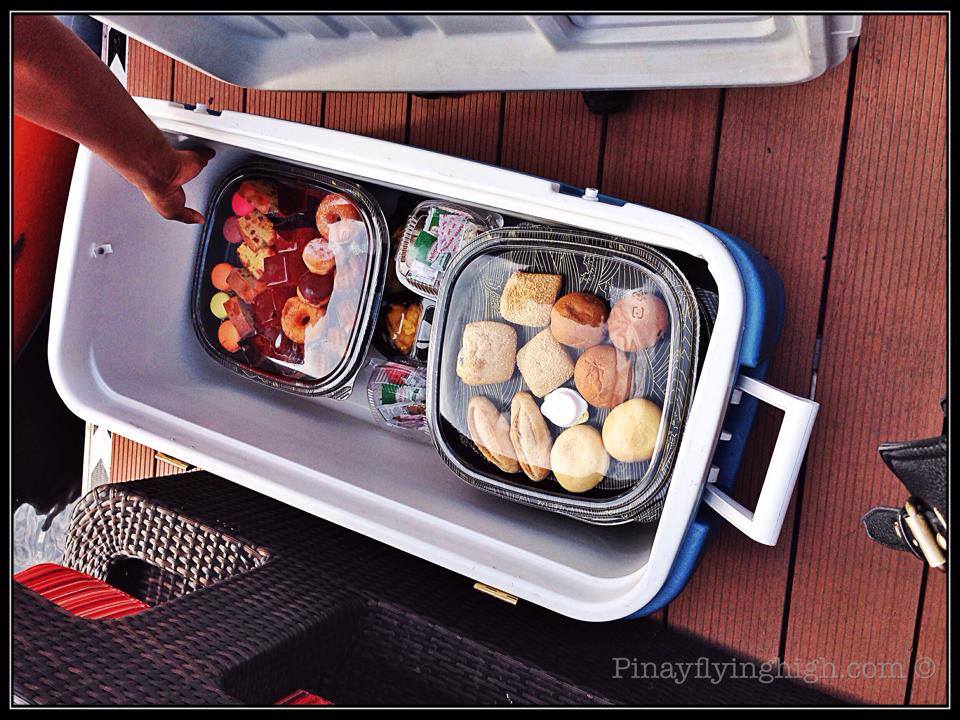 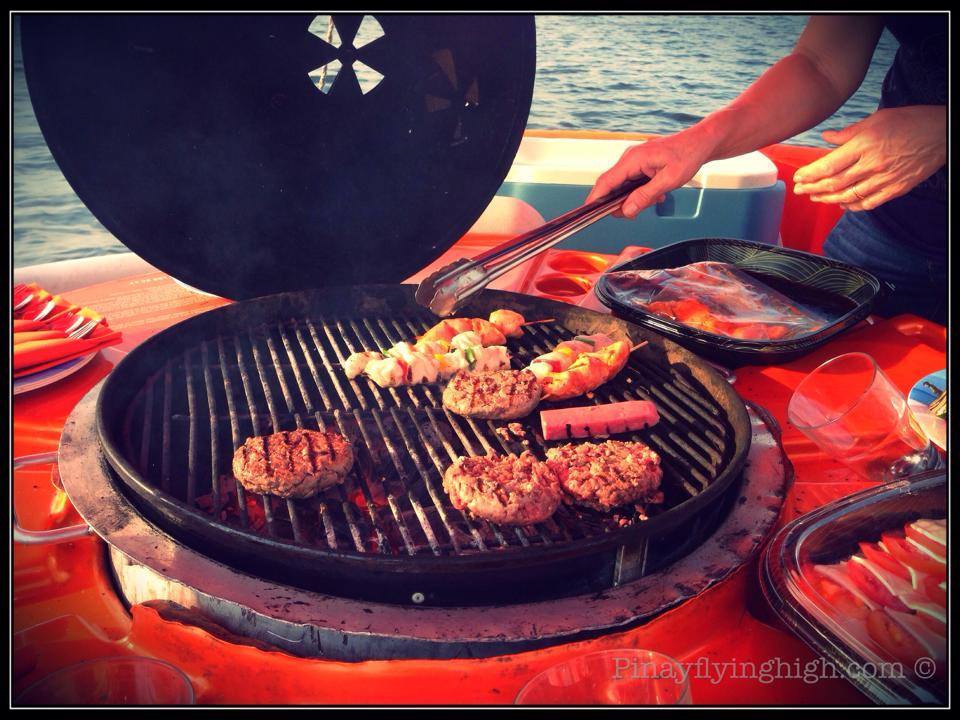 I wasn’t really crazy about the food as I was crazy about the experience of it all. After the meal, it was great to just sit there, relax while enjoying the views surrounding me and the privacy on an outdoor setting. It’s a very relaxing dining option. It would’ve been the best experience if they also served alcohol onboard. Lol. 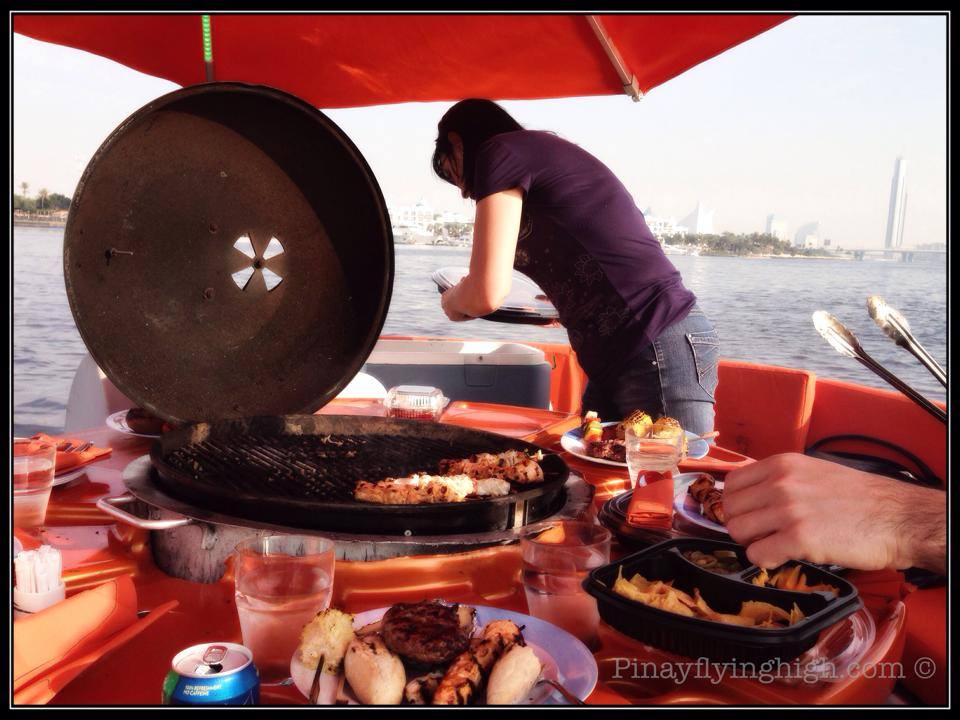 We stayed on the donut for 2 hours which is probably an ideal amount of time to stay afloat the creek. Bear in mind that there is no toilet onboard so yes, I guess 2-3 hours would be the ideal time until your bladder requires a toilet. :p 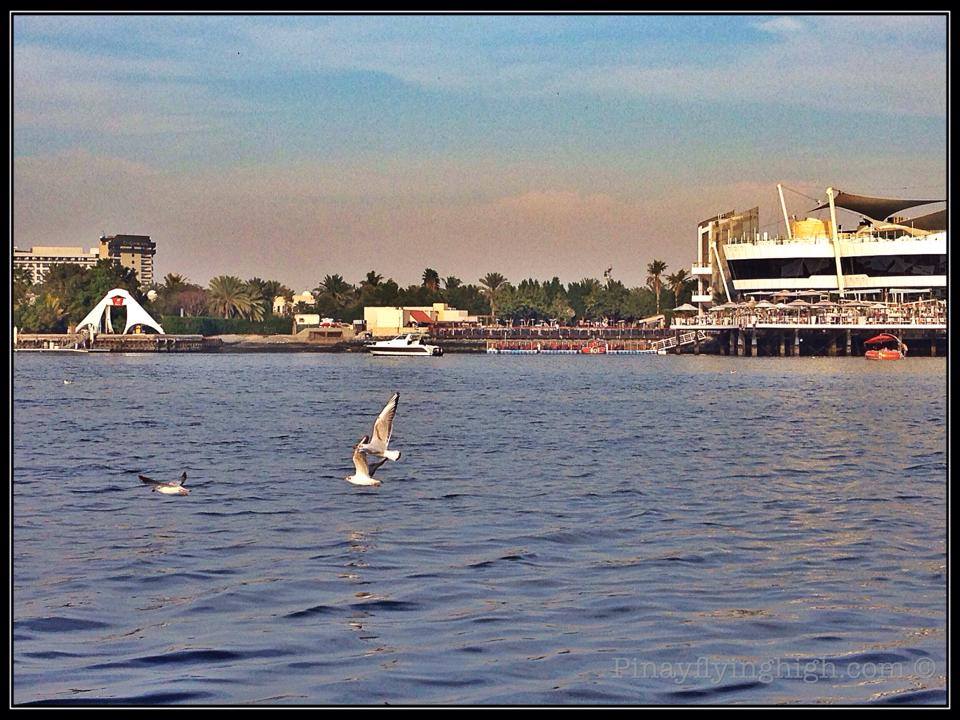 Will I ever do it again? Yes but only with people who have not done it yet. It’s kind of a try-it-at-least-once kind of activity. You wouldn’t do it with friends every weekend if you know what I mean but yes, it’s something that you MUST try while the weather is perfect for an outdoor activity. 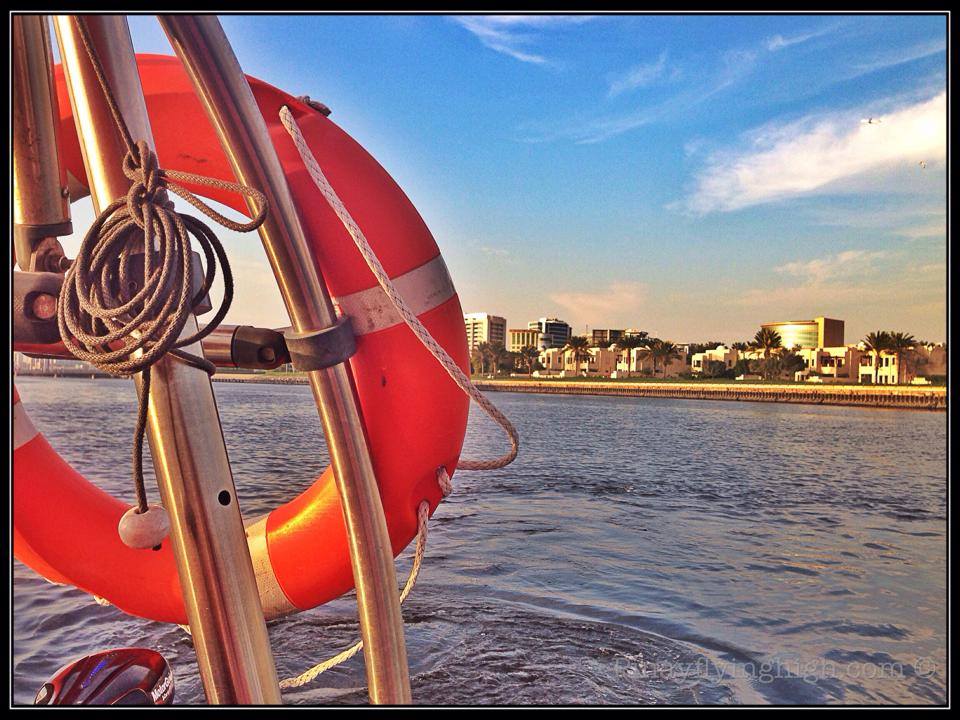 BBQ Donut
Operates daily from 12noon to 9pm.
Reservation required. Call 04 295 6000 for reservations.
Entrance is the same entrance as QD’s. 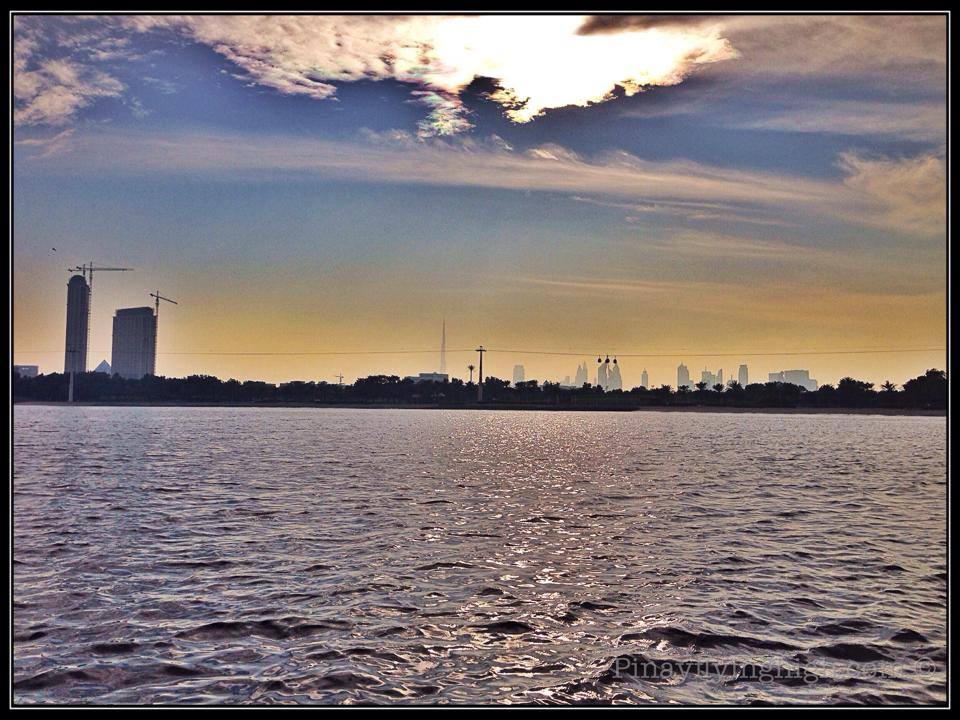 Donut Rental Price (maximum capacity of 8 people): Depends on how long you’d like to use the donut.
AED 180 for 30 minutes
AED 300 for one hour
AED 500 for two hours
AED 180 for every additional 30 minutes

Food Package Price:
Depending on the package you’d like to take with you onboard the donut. The price ranges from AED90 to AED160 per person which will be paid on top of the donut rental price. To see their menu, click here. 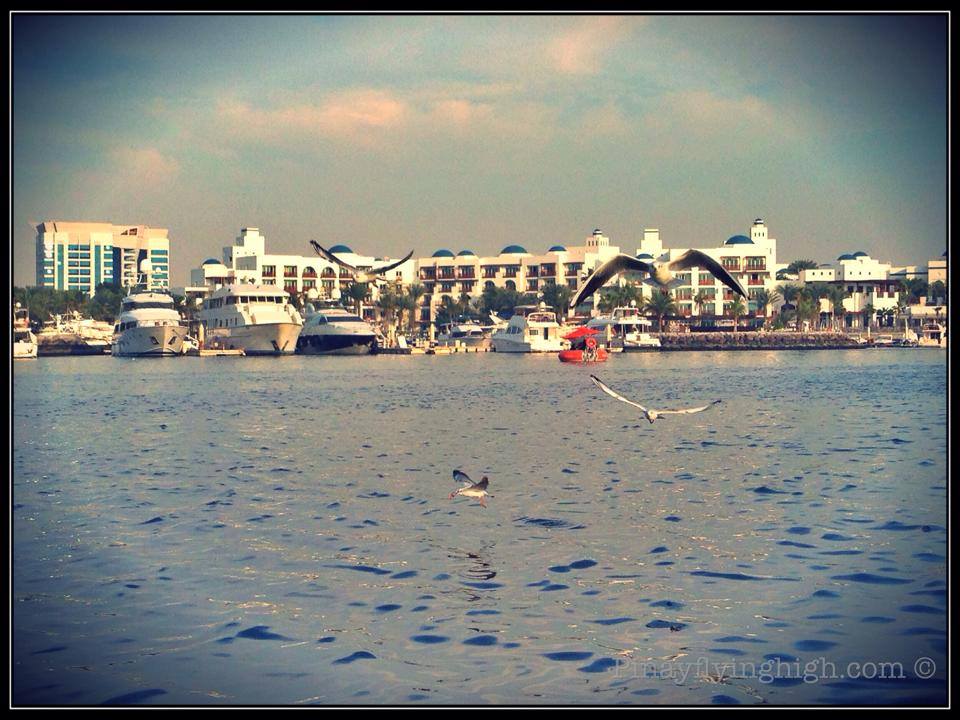 They do have the option to have a captain on board for AED200 per trip. I wouldn’t do it though as the experience of driving it yourself is hilarious! Well at least for us. 🙂

You also have an option to have your meal on the BBQ Donut dock and only take the donut out on the creek after you’ve finished your main course. Again, I wouldn’t do it as the whole experience of having a barbecue grill in the donut itself is what makes this whole thing unique.

Some tips from me to you:

If you’re wearing contact lenses, you may want to skip it when you do the donut cruise. You will be seated so close to the grill that it may irritate your eyes which might be more dangerous if you’re wearing a contact lens. I know that the story of contact lens melting if you stare at a barbecue grill is an urban legend but it still scared the sh*t out of me. 🙂

You may want to bring a light jacket with you as it gets a bit chilly while you’re cruising in the middle of the creek.

The more, the merrier. It’s a must that you have to have at least 4 people onboard – at the very least. Someone to steer the donut and someone to grill the food. The captain and the cook needs assistance so yes, 4 people at least.

The BBQ Donut is very sturdy and the creek water is very calm. You won’t get seasick, trust me.

It’s a really great and unique experience, you should be dialing their number now to book a trip for you and your friends/family. 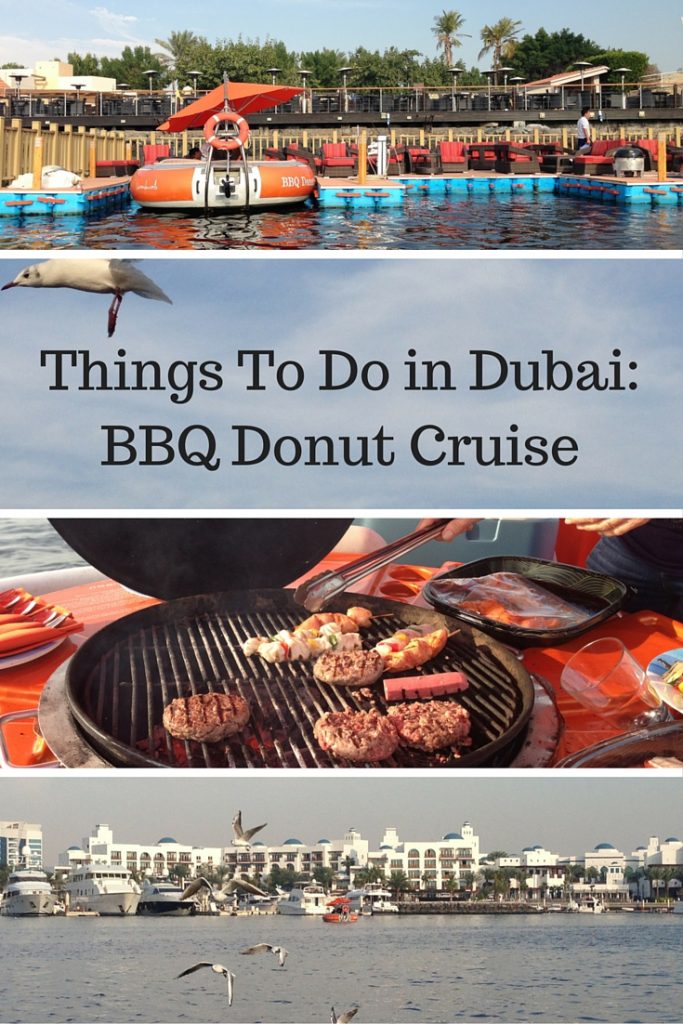