The One About Yosemite National Park 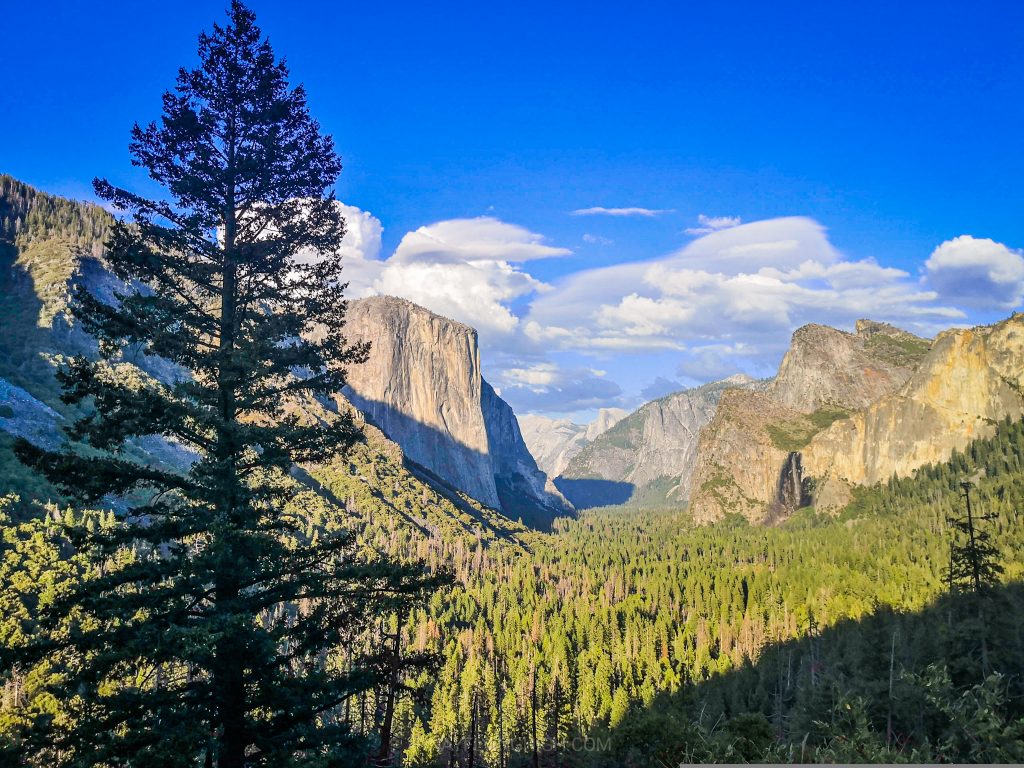 Yosemite National Park is one of the most beautiful places I've ever been to. The sceneries all look like a Bob Ross painting - definitely the highlight of our California trip.

We checked out of our hotel early to start our drive immediately towards Yosemite National Park. The drive from San Francisco to Yosemite will take us roughly around 4 hours via Highway 140. The 4 hours passed by quickly as the way there became more and more scenic as we approached Yosemite.

We stopped by Mariposa for brunch, a town very near to Yosemite and looks like a setting of many Western/cowboy films. I was waiting for two cowboys to do a fast draw in the middle of the road but was disappointed when I didn’t see any.

So instead, we went to a restaurant and brewery called 1850 for a meal. We were enveloped by humidity and heat as soon as we got out of the car so our hope of dining outdoors was immediately ignored. Greek Mister had a burger while I had chicken wings, this was the time when I realized that I may have overdone it with chicken wings during this trip because I can no longer find satisfaction in it. The ones served at 1850 were good though, it’s just that I’m already winged out.

We continued our drive towards Yosemite and from there, the scenery was just breathtaking! We reached the entrance of the park and paid USD35 as a fee that we can use for 7 days. The annual fee is USD70 which, quite frankly, if I live nearby I would’ve purchased right away. There are so many things to do and jaw dropping sceneries to see here that I probably would go back over and over again if only I live close by. We passed by the Arch Rock Entrance and our quest for astounding views began.

The majestic El Capitan greeted us right away and it immediately took our breathe away but I had to refrain myself from telling the Greek Mister to stop for a photo because I’ve done an itinerary of the destinations that we’re supposed to take in chronological order to maximize our time.

Our first stop was the Bridalveil Falls, as it was the summer period when we went there – the water wasn’t very strong but still a very worthy stop. I have seen photos of it with strong current flowing through and it’s just gorgeous!

And then we went to the meadow where you’ll have a beautiful view of the majestic El Capitan. I have to point out that although I’ve been wanting to go to Yosemite National Park for the longest time, my longing for it was intensified by the Netflix documentary called “The Dawn Wall”. It’s about rock climbers who attempted to climb the smoothest and steepest part of this massive rock called the Dawn Wall and as I gazed upon it, I just can’t help myself but wonder how in the world were they able to do it (and why?).

There’s another documentary called Free Solo which again is about a rock climber who attempted to climb El Capitan with no harness whatsoever. I haven’t seen it yet but the Greek Mister watched it in the plane on our way back to London. While both feats were impressive, I just can’t imagine what was going through in both climbers’ minds – specially the Free Solo guy. Like how did he come to a point in his life and decided “I’m going to climb that wall without any harness” and thought that it was a good idea?

Anyway, so back to El Capitan – the documentaries both featured this amazing mammoth of a rock which is one of the most iconic rock formation in the world. Everytime they showed it in the film, it made me want to go there more and more.

You might think “it’s just a rock, what’s so special about it?” but I tell you, it is more than that. Now I wouldn’t say that I’m the outdoorsy type of person but I do love natural sceneries. I won’t go hiking or climbing like those two climbers in the documentaries (with or without harness) but I would enjoy just sitting somewhere with a drink in hand admiring beautiful sceneries like this one. I’ve taken so many photos of it from different angles but wasn’t able to capture it in its entirety nor its true beauty. I swear if I live nearby, I’d go every weekend and just sit in front of it admiring it (with a cooler filled with beer beside me).

It was hot that day and we saw a lot of people camping by the river so we stopped in one of the river access points and dipped our feet in the cold waters. It was refreshing but I don’t think I could have swam in it even though it was a hot day because the water was freezing for me. The scenery from the river looked like a Bob Ross painting.

We made a wrong turn at some point (my phone signal was intermittent inside the park so google maps wasn’t working properly) and because of Yosemite’s one way driving direction, going back would take us another 40mins. We were contemplating if we should go back or if we should start our drive to our hotel for the night because we’ve read in some forums that driving at night in this area isn’t very advisable. Reluctantly, we decided to go to our hotel but not without stopping at the Tunnel View for our last dose of Yosemite for the day. The world we live in is incredibly gorgeous, that’s what was in my mind when I was looking out the Tunnel View.

We headed to our lovely hotel, Tenaya Lodge at Yosemite. After checking-in, we had dinner at their beautiful restaurant and we were lucky enough to get a table right beside the bonfire. The meals were wonderful and the ambiance was great. The Greek Mister asked me why we didn’t stay there for 2 or 3 nights? So I said, “because it’s USD400 per night” and that shut him up. Lol. It’s really gorgeous though and I wouldn’t hesitate going back there if (we have the money for it) we’re lucky enough to be in Yosemite National Park again.  We retreated back to our rooms and I was already feeling sad that we’re checking out tomorrow.