The One About Mariposa Grove 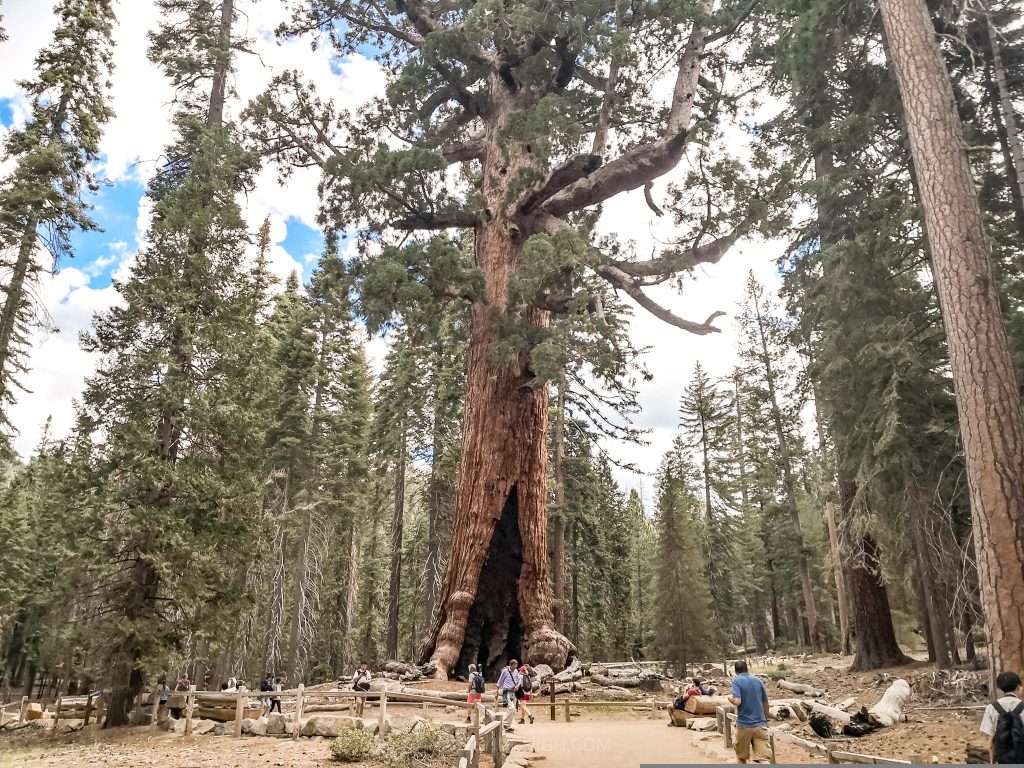 Forest bathing is a cornerstone of Japanese healthcare which urges you to spend time in the forest as it's believed to reduce stress and feel a sense of wellbeing. We did just that in #MariposaGrove and I'll have to say that the Japanese knows what they're talking about.

We started our day early, it’s not been hard for us to do this during this holiday as we’ve been waking up at 6am the latest anyway since we arrived in the US. Jetlag has worked well for us as we’re able to do so many things during the day. I can only imagine how hard it would be to get back to the UK timing once our holiday’s over.

After coffee, we proceeded to Mariposa Grove which was a mere 15-min drive away from Tenaya Lodge. We parked our car in the main public car park and was forced to take the complimentary bus to Mariposa Grove as the road was closed to private vehicles. I preferred to drive there but seeing how narrow the roads were where huge buses pass by, I was glad we took the bus.  As soon as we got off the bus, the air smelled fresh and woody – not in a bad way.

The US National Park idea started at Mariposa Grove, it was the very first site to be protected by the federal government for the benefit of future generations. Seeing it in person you’ll understand why, it’s breath-taking and will leave you speechless. Here, you’re surrounded with huge sequoias which are thousands of years old and with barks so big that you’ll need more than 5 people to surround some of it – I’ve never been anywhere like it before so I was just awe-struck by its sheer beauty.

There’s a sense of calmness here, as you explore Mariposa Grove surrounded by these gigantic trees. I’ve only recently learned about the cornerstone of Japanese healthcare called “forest bathing” which encourages people to spend time in the forest as it’s believed to reduce stress and give a sense of well-being. It’s true, it did have that effect on me. I think more than taking photos of the lovely surroundings that I was in, it was the moments when I acknowledged that I was physically present at that given time which I enjoyed more – silently admiring the beauty around me. I love seeing natural beauty more than man-made ones but I have to admit that while I enjoy looking at them, I’m not one to enjoy doing any strenuous activities in them so we did the shorter hike called the Grizzly Giant Loop Trail. Lol.

We passed by The Fallen Monarch, a tree that fell more than three hundred years ago. The trunk seems undisturbed and from the information plaque on the site, I found out that sequoias are resistant to decay and disease so its trunks can last for a long period of time. From here, there’s a short uphill hike towards the “Grizzly Giant” which is the 25th largest sequoia living today. It is massive, I can’t even capture its entirety in one photo without having to kneel, lay down or angle my phone camera on the ground.

Fun fact: Sequoias rely on fire to reproduce as the heat opens up their cones and releases seeds. Fire is also important for these giant trees to basically survive as it reduces competing species for water and nutrients that they get from the ground. Time and time again, rangers will intentionally set controlled fire to simulate this process much needed by the sequoias.

Then there’s the California Tunnel Tree, which obviously had a tunnel cut through its base where people can pass by. There was another tree with a similar tunnel called Wawona, its tunnel is much bigger than this one that a car can actually pass through it. Unfortunately, it was toppled down during a snow storm in 1969. It is now known as the Fallen Tunnel Tree.

From the California Tunnel Tree, we decided to take a left to go through a different path other than the one that we took on our way here. We thought maybe it would be nice to see a different scene so we embarked on this adventure eagerly without water and me wearing flip flops. It was a stupid decision because the route was a bit longer specially for unphysically fit people like we were. Lol. It was nice to walk around it though, I would’ve done it again but I’ll wear proper shoes and bring water next time. Lol.

We took the bus back to the car park and started our drive to Sacramento to meet my cousins. Mariposa Grove was one of the highlights of this trip for me, I realized now that both The Greek Mister and I are more drawn to natural beauty more than anything else. I guess that gives me an idea of what to do next on our next holiday. Lol.

PrevPreviousThe One About Yosemite National Park
NextSan Jose, We Should Have Given You A ChanceNext