The Entertainer Qatar: A Chinese Feast at Tse Yang, The Pearl Qatar. 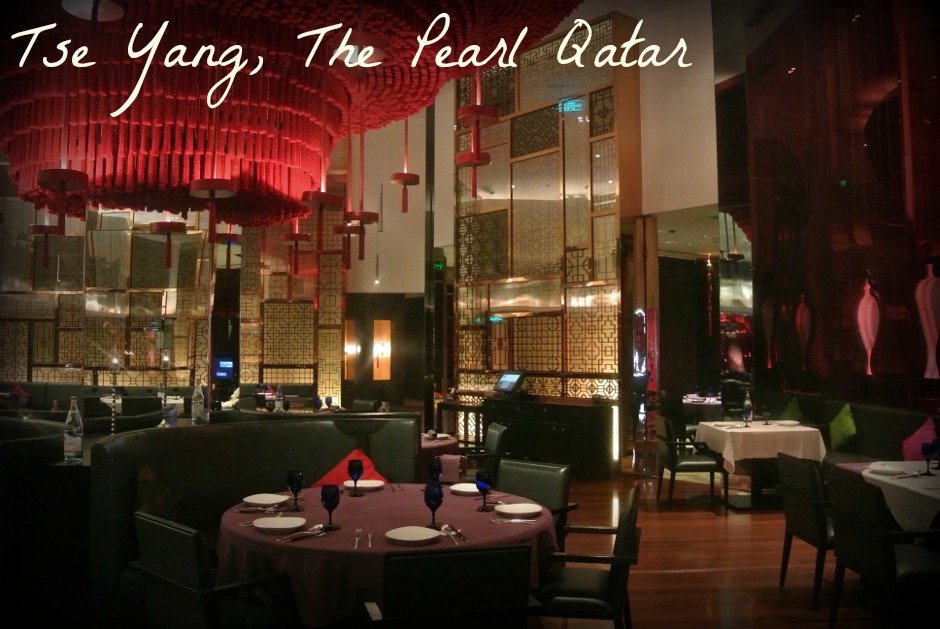 I was taken aback by the lavish interior decor of Tse Yang as soon as I walked in their dining area. A huge Chinese lantern adorns the middle of the room with the color of red dominating the whole place. It looks too fancy to be a non-alcoholic restaurant! I told the very friendly staff named Reese to which she can only reply to with a giggle. :p 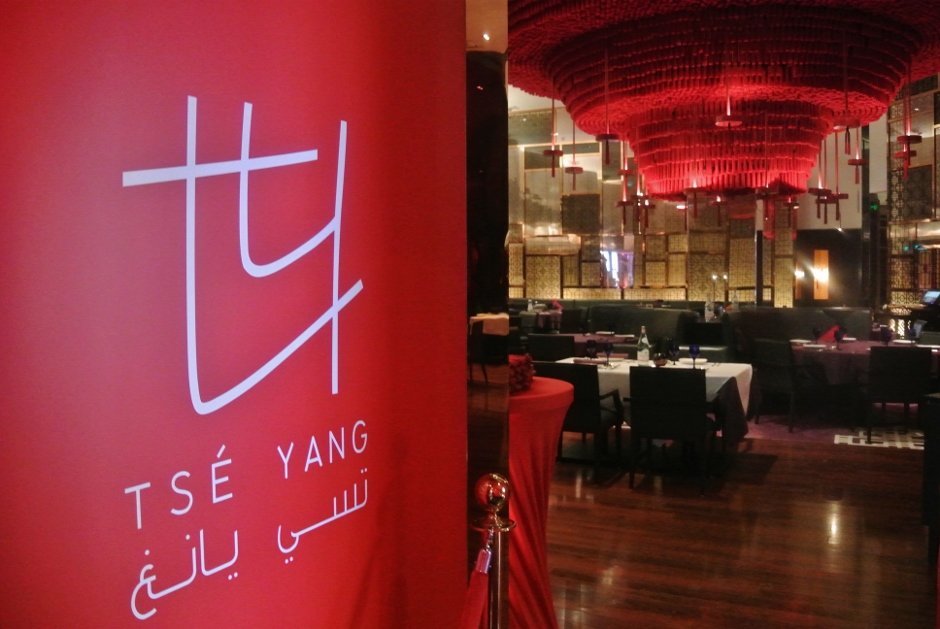 Tse Yang is one of those restaurants which I’ve always told myself that I’d try but never had the chance to. After visiting it for the first time, I am now mentally kicking myself for not visiting it earlier and making the most out of the Entertainer vouchers that I have for the restaurant. It’s probably pretty obvious by now that I loved our experience in Tse Yang.

Noticing our confusion on the menu, Reese came to our rescue and personally recommended a few dishes. We were very hungry when we arrived and everything on their menu sounds appetizing. As they say, never order a dish or do your groceries when you’re hungry. Thankfully, she brought back some sense in us from ordering more than what we could handle. 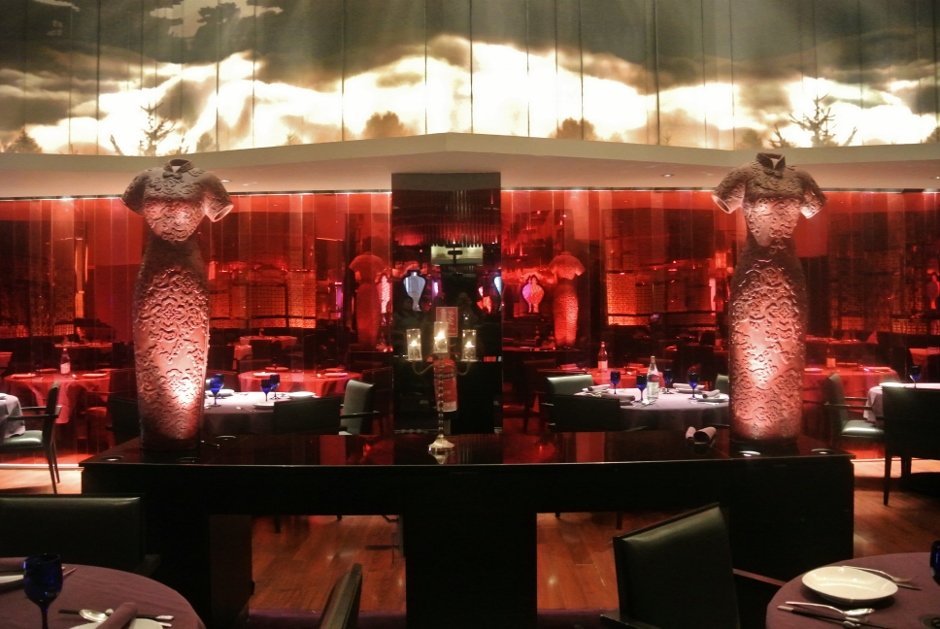 Highly recommended was the wasabi prawns and OMG that was really incredible! I couldn’t thank our waitress enough for recommending that dish to us. Four pieces of prawns covered in wasabi sauce were served and I had to stop myself from eating my lunch date’s portion of it. It was absolutely tasty! This dish combines two of my favorite things to eat – prawns and wasabi. Yep, I’m addicted to wasabi. I can eat it with everything or even on its own. This dish doesn’t give you that burning sensation though in your nasal passages which wasabis are famous for. The wasabi flavor was toned down by some sort of a creamy sauce with it. This would be a staple appetizer dish for me in Tse Yang. We also had four varieties of dim sum combination as part of our appetizer but  I was not a big fan of it. I thought it was too dry. 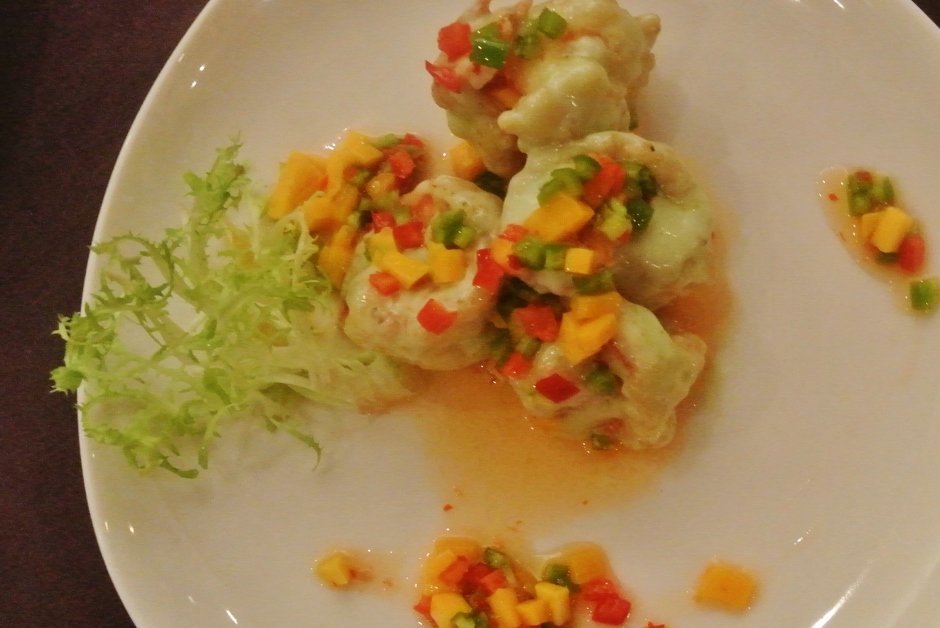 We ordered two kinds of main dishes to share with our vegetarian fried rice, my lunch date’s choice was wok-fried jumbo scallops with dried shrimps and chilli sauce which was a bit disappointing for both of us for different reasons. I thought it was too bland while my lunch date thought it was too spicy, I didn’t taste any spice at all though but then again – I love spicy food. 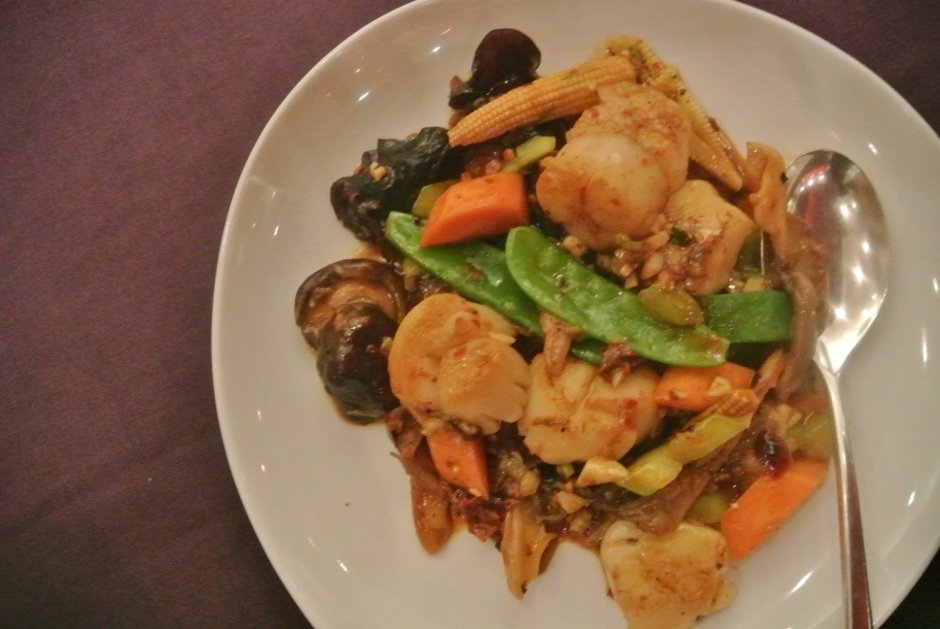 I chose crispy fried free-range chicken in spring onion sauce which ultimately became the highlight of our meal. I loved it! The chicken skin was too crispy that it tasted like chicharron for me. I’m fully aware that this was chicken and not pork (which is what a chicharron is) but the crispiness of the chicken skin on this dish definitely reminded me of the crispy chicharron I used to snack on when I was younger. I can only imagine how good their peking duck is if their crispy chicken is already done so perfectly. 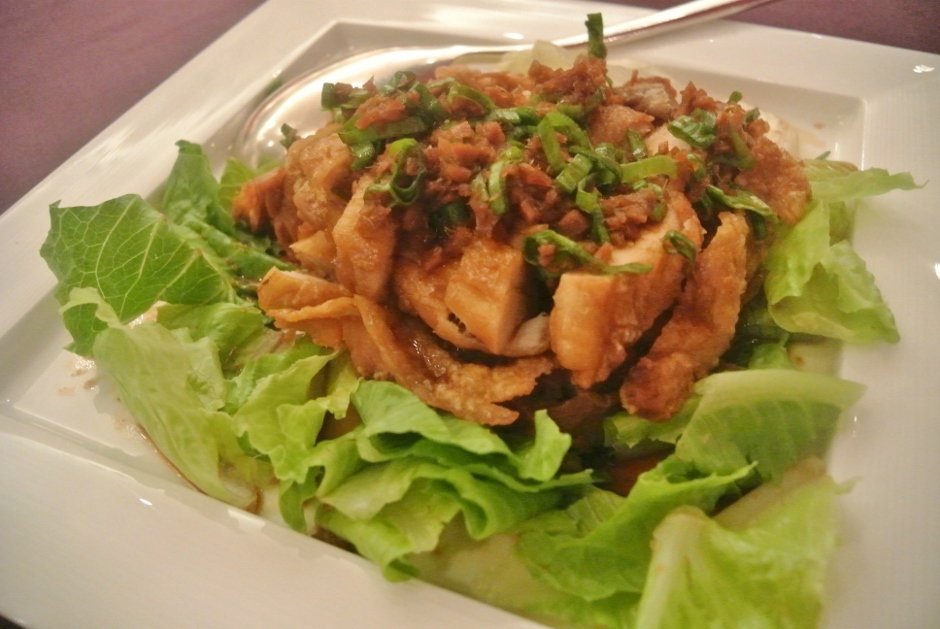 We initially wanted to order a peking duck but they only have a full portion on their menu. When we asked for the bill, it was only then were we informed that they do offer a half portion of the duck. Not their fault as we didn’t ask anyway. 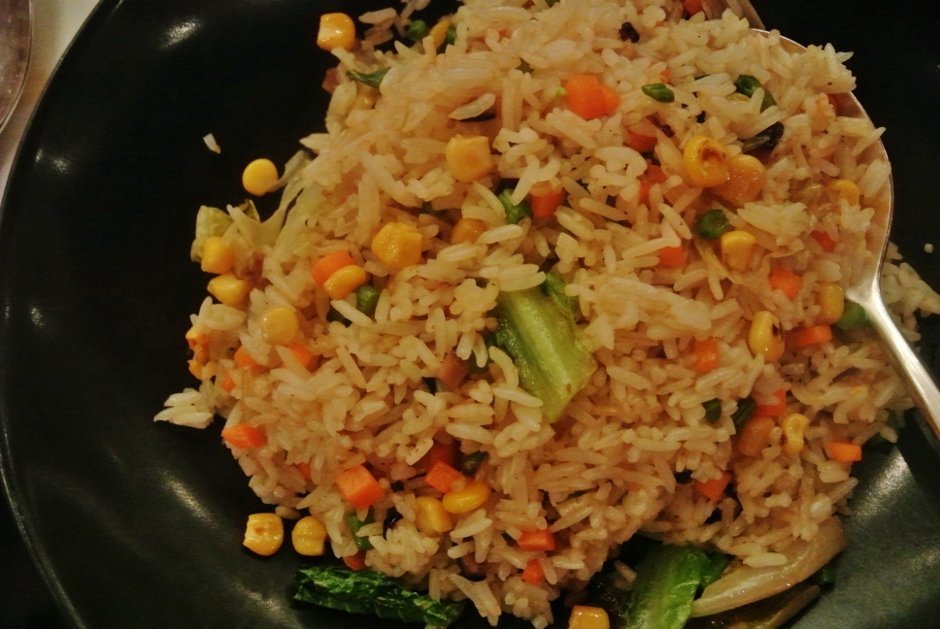 I have to say though that Tse Yang’s prices are quite expensive. In fact, the prices that they have are probably the same as all the other licensed restaurants in 5 star hotels. However, we were able to lower down the cost with our Entertainer voucher but even then – I thought it was still pricey. We were informed though that there is a plan of redesigning the restaurant including their menu which will have lower prices. I hope the quality of the food will not be sacrificed when the repricing occurs. However, I would definitely pay the same amount to have their wasabi prawns and crispy chicken again. 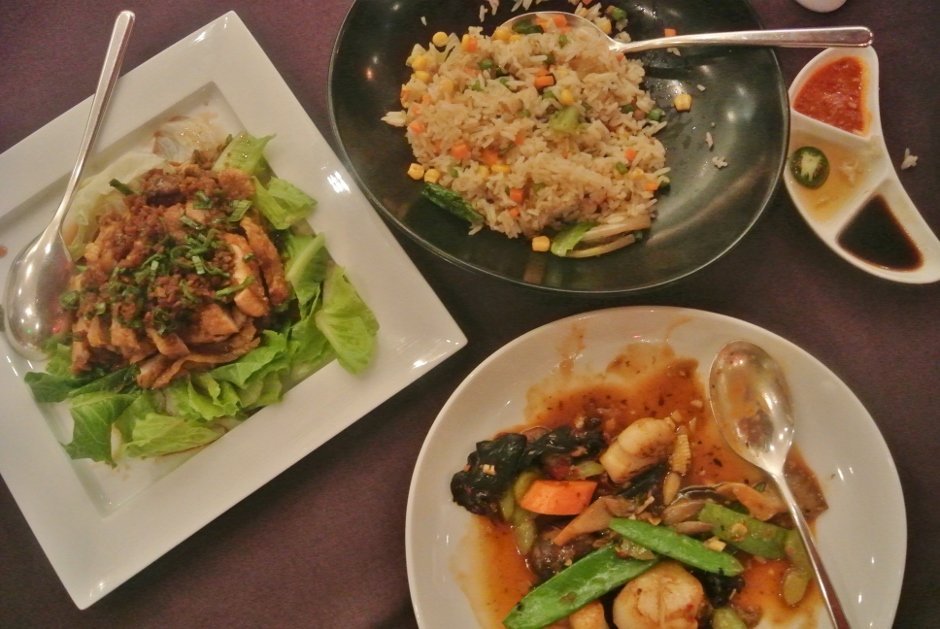 Chicken in spring onion sauce priced at QR80 is free of charge after using The Entertainer Qatar voucher. Approximate total savings thru The Entertainer App as of date is QAR2859/-.

PrevPreviousGreece | A Photo-Walk Around The Old Town of Nafplio at Night.
NextGreece | Where To Eat and Drink in Thessaloniki.Next