Social Sushi Nights at Strata Will Impress You In More Ways Than One. 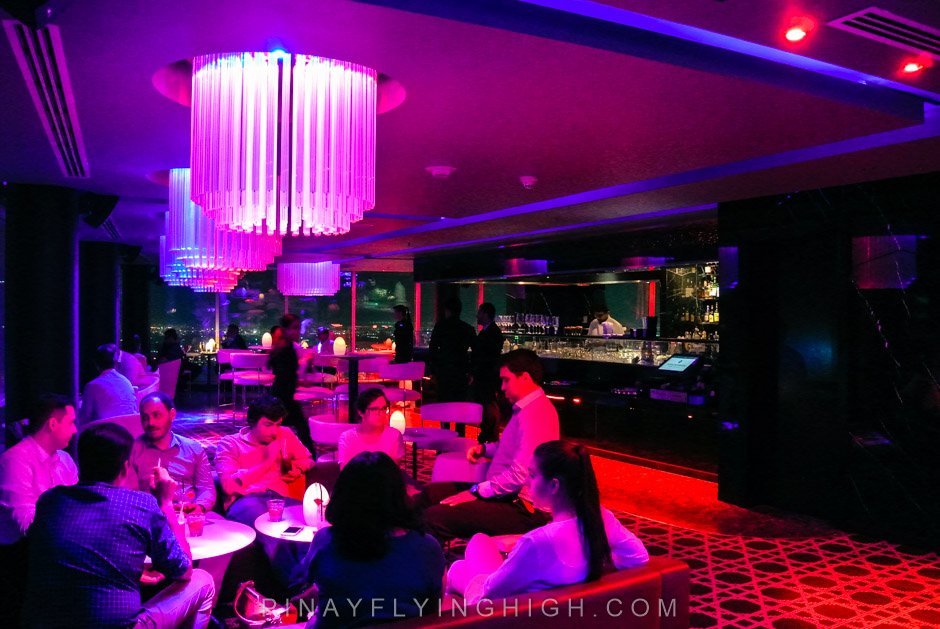 Note: I was a guest of Intercontinental Doha The City during this meal however as always, photos are my own and opinions stated are genuine and in no way influenced.

To be honest, I wasn’t excited to try the sushi at Strata Restaurant and Lounge when I received the invite for their Social Sushi nights which happens every Tuesday. I was more excited to see the view this lounge offers from the 55th floor of Intercontinental Doha The City more than the food. Let’s face it, nobody really ever talks about sushi in Strata (or at least none of the people I know talks about it). I have always thought of it as a destination to go to for party people who wants to get drunk, down and dirty on a Thursday night which I no longer am.

After trying it out though, I am wondering now as to why nobody is talking about it? WHY??? I hope to change that and will write about it now until you have no other choice but to book a table and try it yourself. But first, let me talk about the view. How amazing is this? 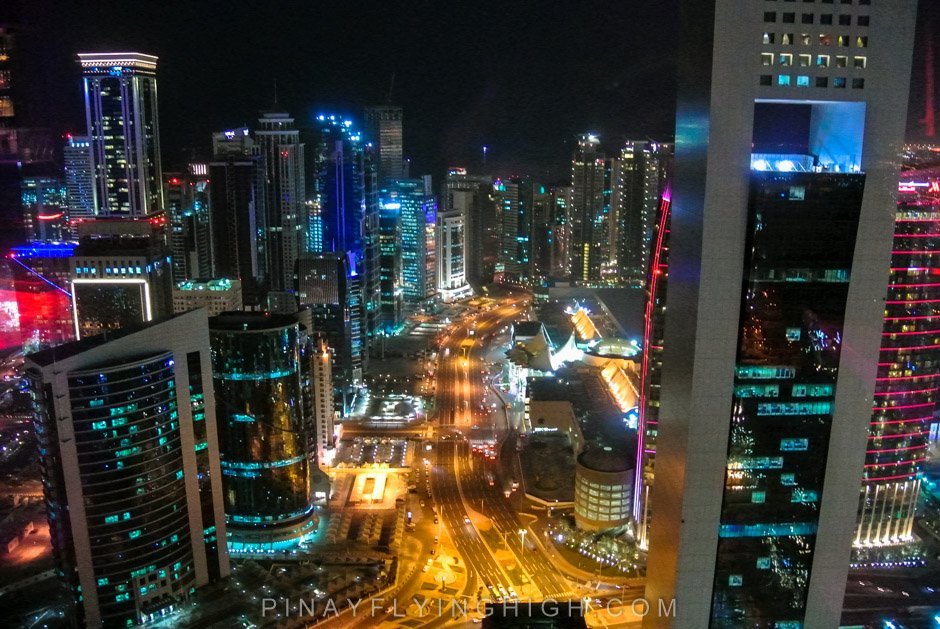 As we sat on our table with this view right in front of us, The Greek Mister asked me “how come we haven’t been here?” Like me, he’s also a big fan of great views while dining. The only answer I could give him was because I thought Strata is a club which will play their music so loud that your heart beats in time with the music and you’d have to scream to be heard. I’m already tired just by thinking about it.

Apparently, Strata on a Tuesday night doesn’t really give you that stressful club feeling. It was very relaxed and chilled, it’s the kind of place The Greek Mister and I’d prefer to go to. Great view, chilled ambiance and a lively music with its volume properly set as to not ruin their customer’s eardrums. 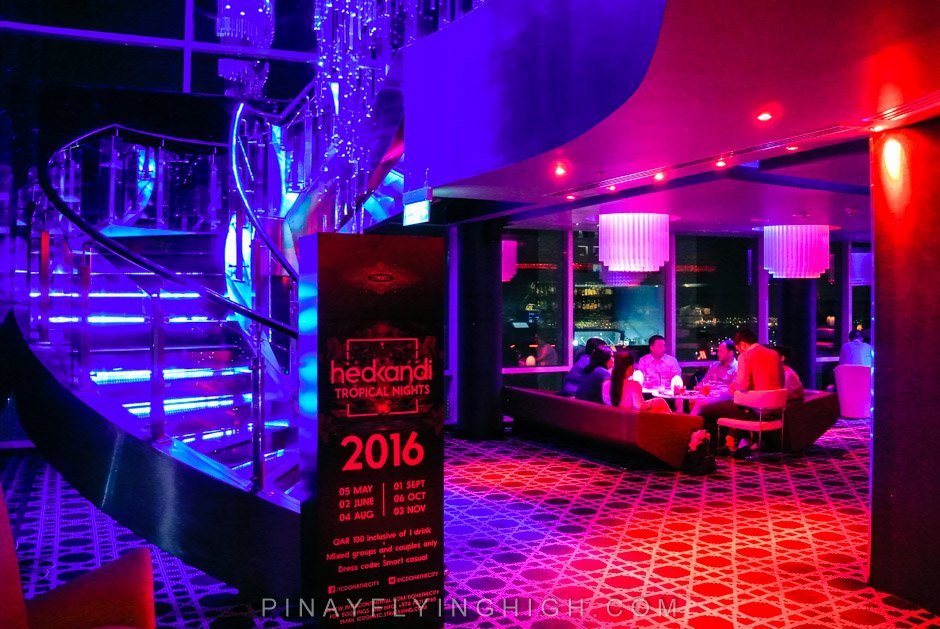 The food, oh my goodness the food. We started with a bowl of sashimi creatively prepared in a bowl with dry ice smoke coming out of it. Clearly, I wasn’t ready for a theatrical food experience in Strata so that dish alone WOW-ed me.

The bowl contained three kinds of sashimi and I of course loved the salmon which was so tender that it melts in your mouth. I’m generally not a big fan of tuna but the ones served in this bowl had subtle flavors which worked well for my taste buds. I do love the salad underneath the sashimi as well tossed in wasabi sauce. The Greek Mister isn’t a big fan of wasabi so I ate it all. YAY! 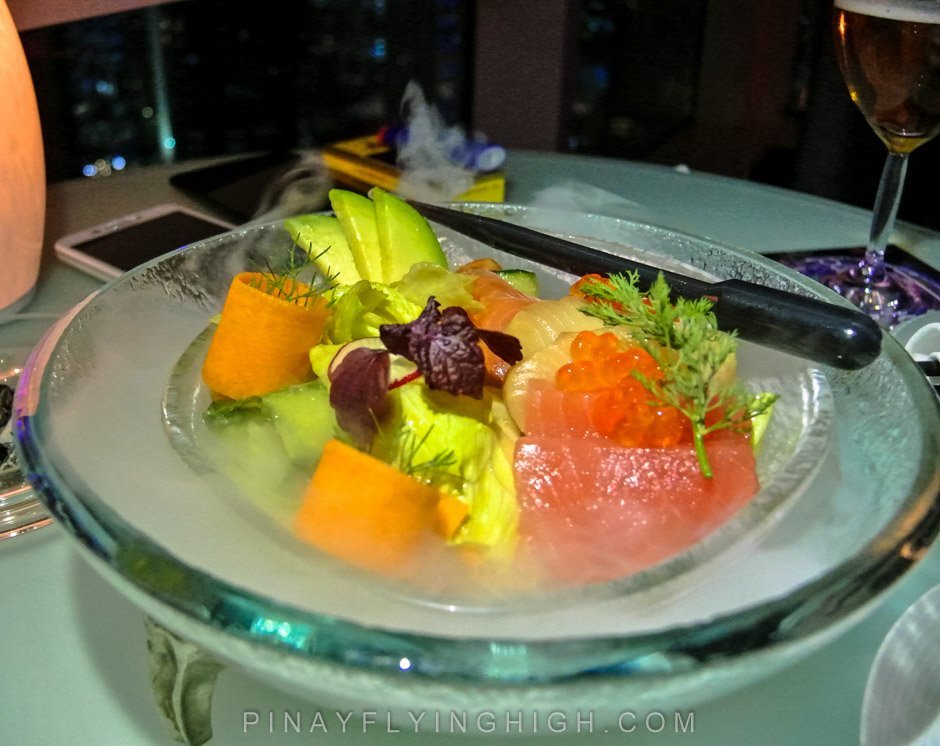 Next dish was the sushi platter which was what we came for, it had 24pcs of sushi including 2 types of fruit sushi and 2 types of sashimi. Everything was remarkable except for one, I didn’t really like the tuna sashimi on this platter as the flavor was too intense. It probably was from a different part of tuna which explains the difference of its taste to the first serving that we had. As previously mentioned though, I’m not really a big fan of tuna sashimi in general. 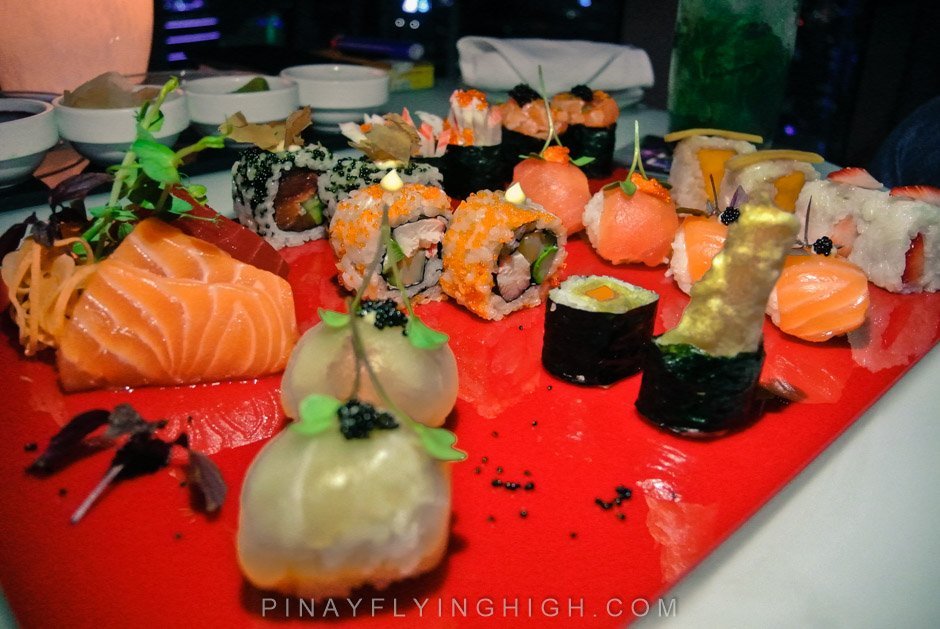 All the rest tasted so good that I didn’t feel the need to dip any of it in soy sauce. Everything tasted excellent on its own. I was already full when I had my 8th sushi but I know that if I don’t finish my portion, I’d regret it. So I’ve put my brave face on and finished it all.

Service was superb. The staff who was assigned in the area we were in was extremely professional. She was very attentive without being intrusive or annoying. At some point during the dinner, I dropped my chopsticks and not even 5 seconds after that, a new set of chopsticks was delivered to me. I didn’t even know where she came from or how she saw me being my clumsy self. 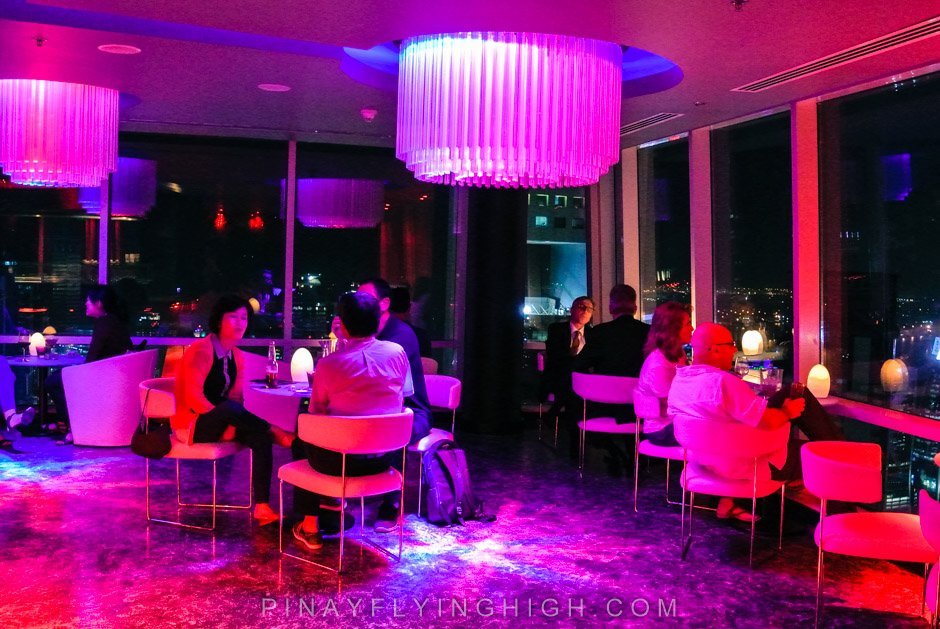 It was a fabulous dining experience and I’m going back to Strata for another platter of their sushi that’s for sure.

Note: I was a guest of Intercontinental Doha The City during this meal however as always, photos are my own and opinions stated are genuine and in no way influenced. 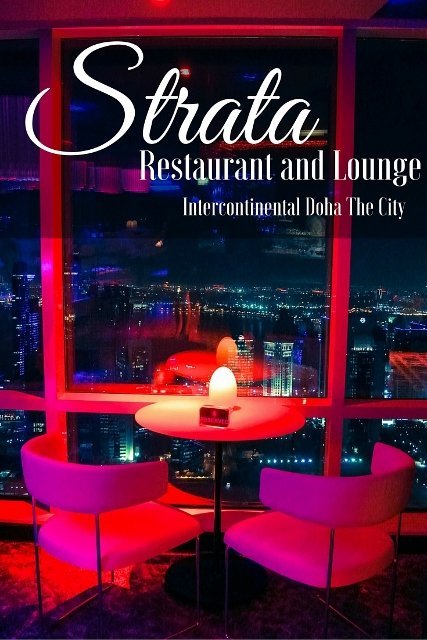 Social Sushi at Strata
Intercontinental Doha The City
QR99 for 1 platter of 24 pcs of sushi
Happening every Tuesday.
Tel No. 7021 8765