The One About The Greek Mister’s Surprise Birthday Party 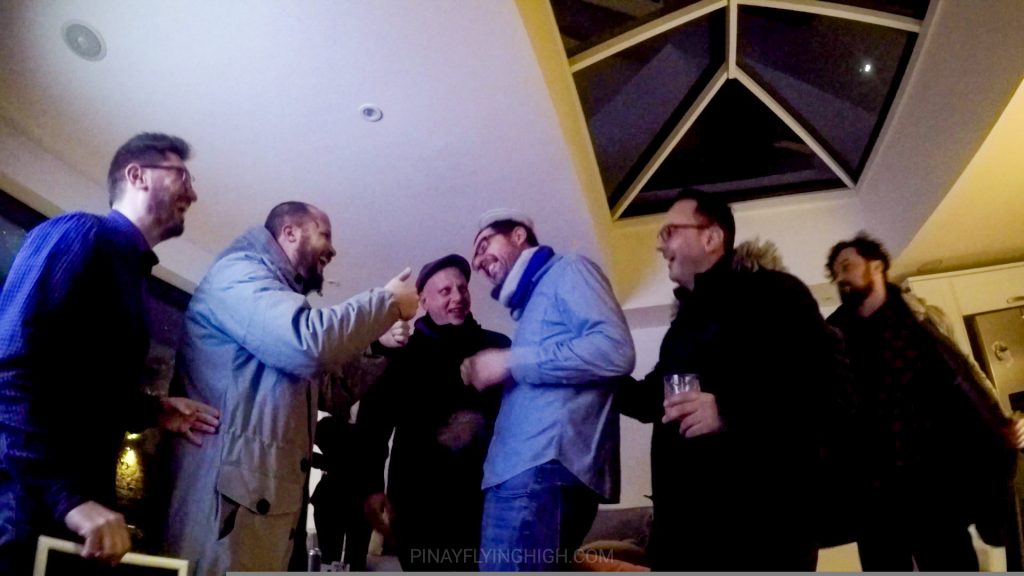 Life begins at 40 they say so for The Greek Mister's 40th, I arranged a surprise birthday party for him with the help of his friends.

First of all, Happy New Year everyone! I know it’s already February and we’re technically not allowed to greet happy new year anymore to anyone after the second week of January but I just realized that this is my first post for 2020 and I’ve never greeted my readers (all 5 of you) for the new year. So yeah, I hope you had a great first month of the year just like I had. 🙂

It was The Greek Mister’s 40th birthday weekend last week and I’ve been wondering what gift should I give him for this very special birthday celebration. As they say, life begins at 40 so it better be the best gift ever.

Now he’s actually the hardest person to find a gift for, he’s not into gadgets; not into clothes/watch and he’s not even into game consoles (thank goodness!). I’ve been giving him a bottle of whisky as a gift everytime there’s a special occassion and I thought I can’t give that to him this time around since it’s supposed to be a momentous occasion for reaching 40.

The only thing that I can think of that he actually enjoys the most is going to Greece and seeing his friends, friends that he’s known since they were kids. We can’t really go to Greece for that weekend unfortunately so out of curiousity, I checked for flights from Greece to London instead and saw that there are return flight fares for less than GBP50 per person which is an absolute steal as you can imagine. I sent a message to his friends to see if they’d be willing to come over to London to surprise the husband.

I wasn’t expecting much, I thought they won’t be able to come. I didn’t even think that it will even be considered but in a span of 2 hours – their tickets were booked for a 3-day weekend in London! 5 out of his 7 friends that I’ve invited are coming, the other two had very valid reasons as to why they couldn’t come. It was so much easier planning this London weekend than meeting for coffee in Thessaloniki, they said. Lol.

I told them that they don’t have to worry about the accommodation because I’ll be paying for it. Since they’re basically my gift to The Greek Mister, it’s just right that I pay for their accommodation whilst they’re here and I think it’s also a nice gesture of “thanks for coming” from me.

It’s a good thing my friend who owns an amazing house nearby rents some of their rooms out as an airbnb, she booked it for us for that weekend and gave me a huge discount for it (thanks R and D! x). My friend also told me that she wouldn’t mind doing the surprise there so the party’s all set in a matter of a day! Tickets are booked as well as the accommodation and the venue of the surprise, the only thing that I’ll have to worry then is to not slip and accidentally tell the husband of what the surprise would be which was the hardest!!!

It was an extremely long month for me to wait for that weekend, it’s a good thing that my entire January was extremely busy with work and personal events so it kind of flew by so quickly but even then – the excitement was too much for me to bear.

Fast forward to the day of the party, I’ve given The Greek Mister’s friends specific instructions hoping against hope that they will somehow remember what to do. To my surprise, they did every single thing I asked them. “We’re Noemi’s Greek puppets”, one of them said.

When they arrived, they immediately planned the specifics of how they’ll surprise the husband. I wasn’t even joining the conversation because it seemed like they’re handling it well by themselves. They have agreed that only one of them will surprise him first when he arrives while the rest waits outside at the garden. I think it’s better to just show you the visuals of their very well-planned surprise tactic:

As you can see, husband was speechless when he saw all of them there. I asked him a few weeks before his birthday if there will ever be a time that all of his friends will visit us in London together and he confidently said that it’s not possible at all and yet, here they are, altogether celebrating his 40th birthday with him.

One week after the party, The Greek Mister is still feeling nostalgic about everything that transpired. He did say that it was the best gift he’s ever received. Suffice to say, the surprise was a success!