St Regis Grand Brunch, Is It Just Hype? Or Totally Worth It? 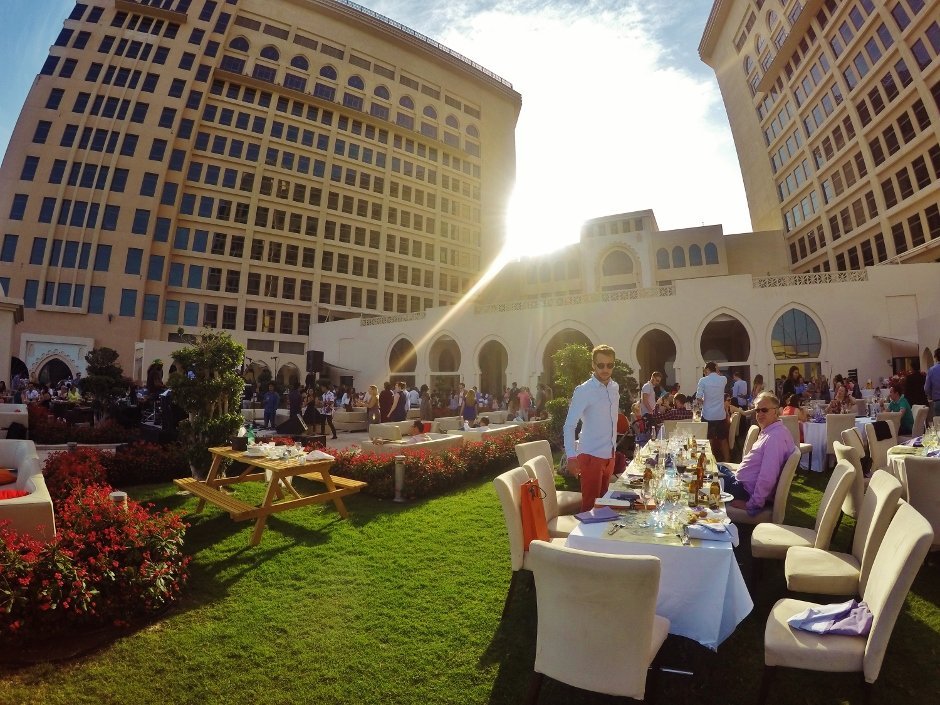 I have changed my decision about St Regis Grand Brunch so much that up until now, as I write this entry, I’m still unsure if I like it or not. I guess we’ll know my decision by the end of this entry, hopefully. I was actually invited to try out this highly publicized brunch last week however, I already had a blogger event to attend to that day so I asked them if it’s possible to reschedule it for the next Friday instead (which was last Friday).

They agreed. I found out however that it’s going to be a media table event – I’m not really a big fan of media-tabled events unless I’ll be with people who I’d love to spend time with or at least people who I know. Apparently, I’d be the odd one out amongst all the invited guests for that day, I know none of them personally and their blog isn’t really within my niche. I’m not saying that I don’t want to be with this group (because they’re actually very nice) it’s just that – I don’t have anything in common with them. I’m not even sure why I was grouped with them (lol) so I decided to cancel it instead. I know, I know – it’s a bit diva-ish what I did. Cancelling at the last minute isn’t really my style (unless absolutely necessary) but the thing is, the company you’re with can highly affect your overall experience of anything really. You have to be with a group who’s your own clique to enjoy your time so I canceled it and made a note to book a brunch for ourselves there some other time.

But then when I told The Greek Mister about the cancellation, he was very disappointed as he was also looking forward to it. So he told me to book a table for the same brunch on the same day instead and we’ll pay for it ourselves. Weeeeehooooo! St Regis Grand Brunch here we come!

The St Regis Grand Brunch was massive! The whole area of the Vine Restaurant upto the other side of Opal by Gordon Ramsay was lined up with different stalls offering different kinds of dishes! All of the restaurants in the St Regis are taking part in this brunch so you get to try almost all kinds of cuisines! From seafood to sushi, barbecue to fish and chips, dimsum to hotdogs, tapas to oyster station – it’s definitely a one stop shop for all kinds of deliciousness. Apart from the food stalls, they’ve also got 4 kinds of bars which offers different cocktail drinks. It’s so big that they have a map for it. 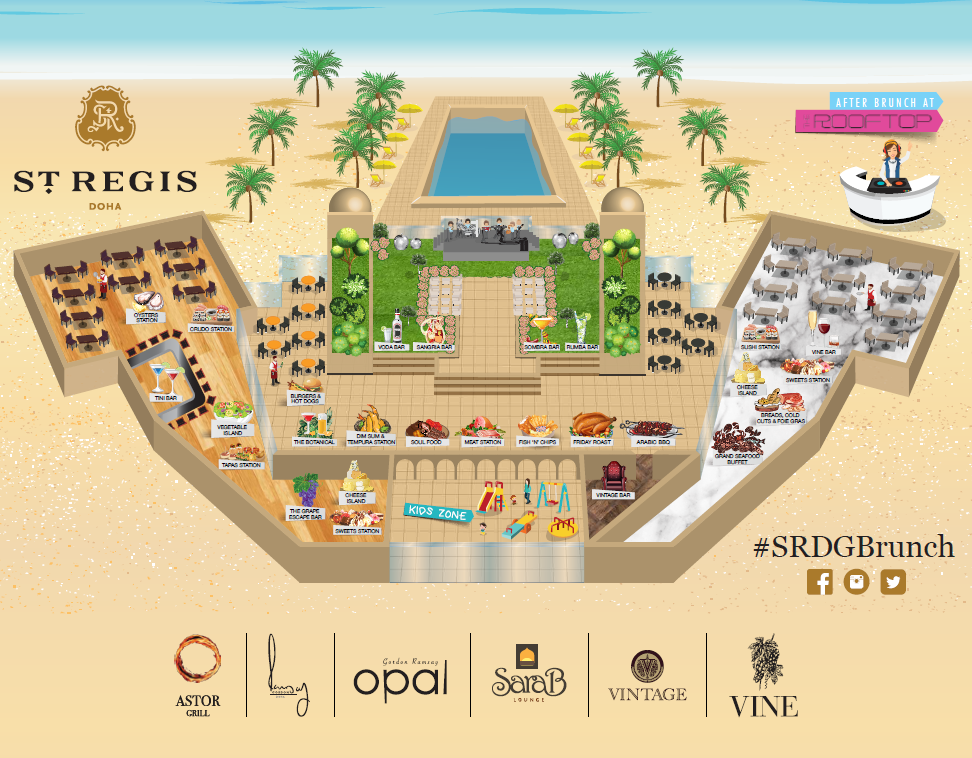 Service from the very beginning wasn’t very good. As we sat on our table inside Vine Restaurant (all the outdoor tables were taken), we were practically at the mercy of our waiters when it comes to getting drinks. You’ll get it if they’re around or if they remember that you’ve ordered something. I opted to have the non-alcoholic package and my virgin mojito came after 30 minutes and that too was after I followed it up with the man-in-charge (I’m guessing he was because he was wearing a suit) who was the one who took my order. The virgin mojito was probably just sprite, bits and pieces of mint and sad little limes bobbing up and down at the top of my drink. I can do a better virgin mojito than that. Also, let it be known that it was my first and last drink for the whole duration of the brunch as my second order of a mocktail never came. 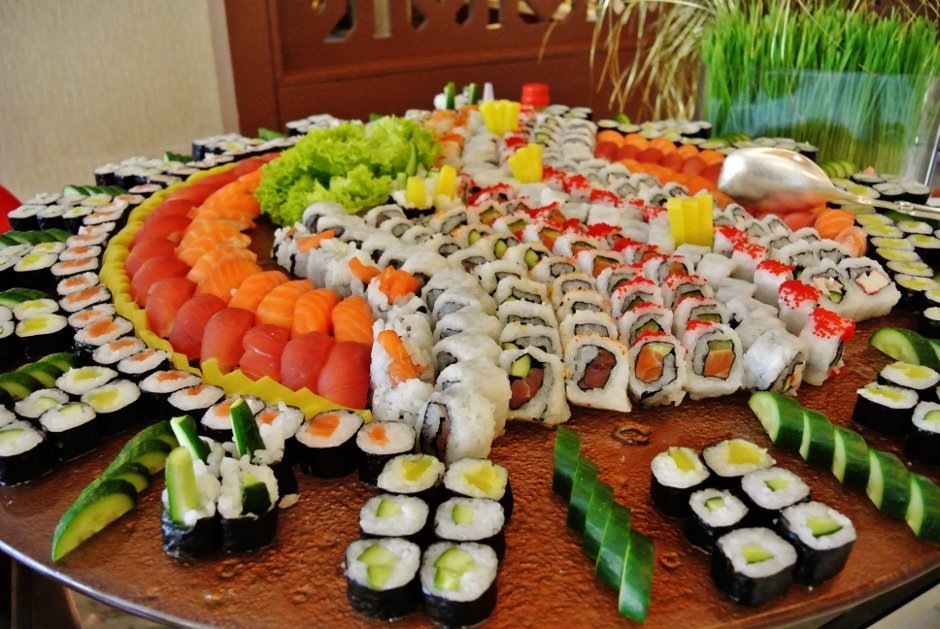 It was also very crowded in almost all of the food stalls for the first 2 hours of the brunch. It wasn’t really a long wait though but I’m not really a big fan of large crowds in general. So I preferred to just go to the stalls where there weren’t any lines. At around 2pm, the stalls weren’t that crowded anymore though so it was a little bit better.

I wasn’t able to try everything but the ones I’ve tried were good specially the dimsums and the hotdogs. Of course the seafood section wasn’t skipped by yours truly. The Greek Mister on the other hand enjoyed the roast station so much that he had 2 plates of it. There were so many things that I wasn’t able to try out, now that I’m thinking about it I feel like I wasn’t able to maximize the time and money spent there. I should go back and do better I guess? :p 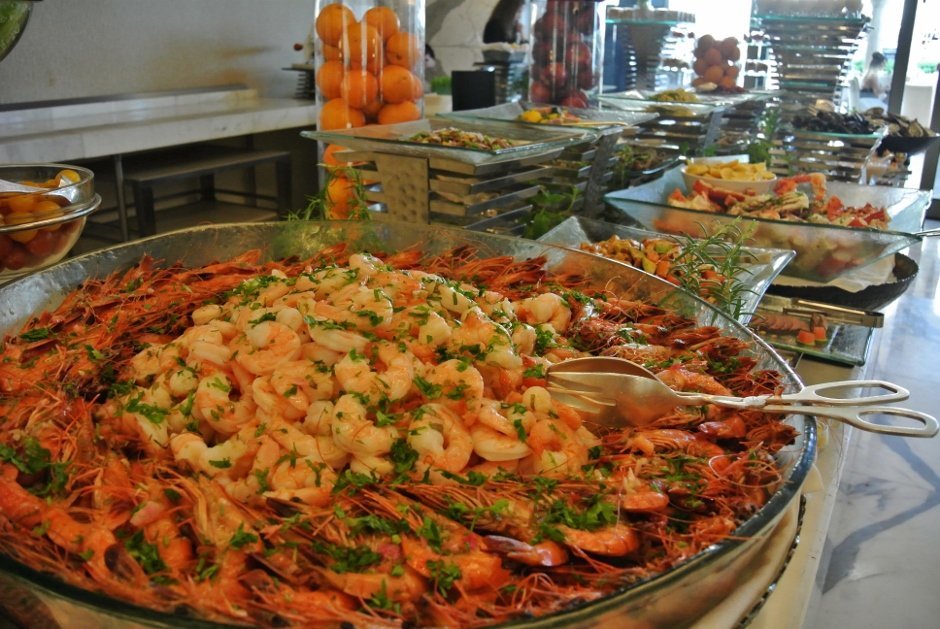 We found some lounge chairs at the outdoor seating area just in front of the live band, we figured that it would be nice to spend the rest of the afternoon there since we’ve already finished eating anyway. Before going though, we asked for the bill so we won’t have to go back inside the restaurant just to pay for it. Unfortunately, we had to ask the man-in-charge as he was the only one around and who I think is the most confused of them all. Handing us the bill took about 10 minutes. I’m not sure if they had to print out the bill from a different place but that’s a long wait considering that we’re just going to pay.

Finally when the bill arrived, we paid half by cash and half by card. The card was an easy transaction, they brought the card machine and charged the card for us. The cash however was another difficult feat for them – it took them another 10 minutes to bring us the change. And on top of that, they didn’t give us the receipt when they brought the change. I wanted to ask for it but then I didn’t want to wait for another 10 minutes for them to print it again. I’m not really sure what’s causing the delay in service as it’s not crowded at all inside the restaurant. It is perhaps very busy outside but not in the restaurant. They might be understaffed? If that’s the case I think they should’ve thought it through since it’s a huge brunch they’re doing.

To be honest, we loved it and we’re definitely going back!

As soon as the confusion of paying the bill was done, we sat outside and enjoyed the beautiful outdoor terrace of St Regis. The band playing was extremely good and knows how to work up the crowd. Weather was fantastic – not hot and a bit breezy. It’s a relaxing and fun place to spend your weekend in to be very honest. We’re both suckers for great outdoor seating areas and I do believe they have the most hip and fun outdoor atmosphere to spend your Fridays in here in Doha and that alone is worth going back for. 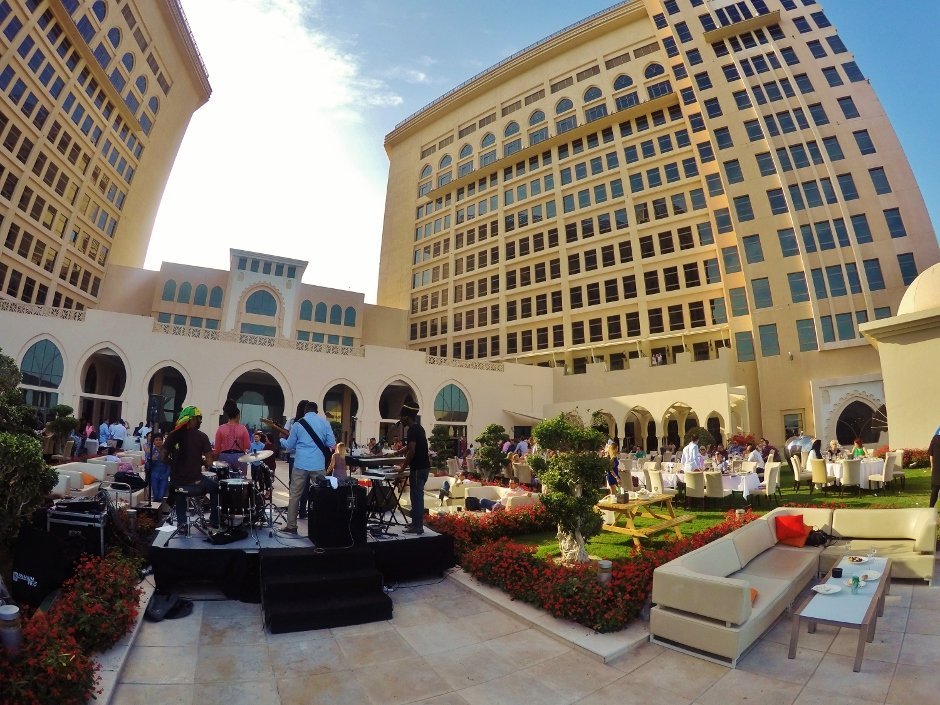 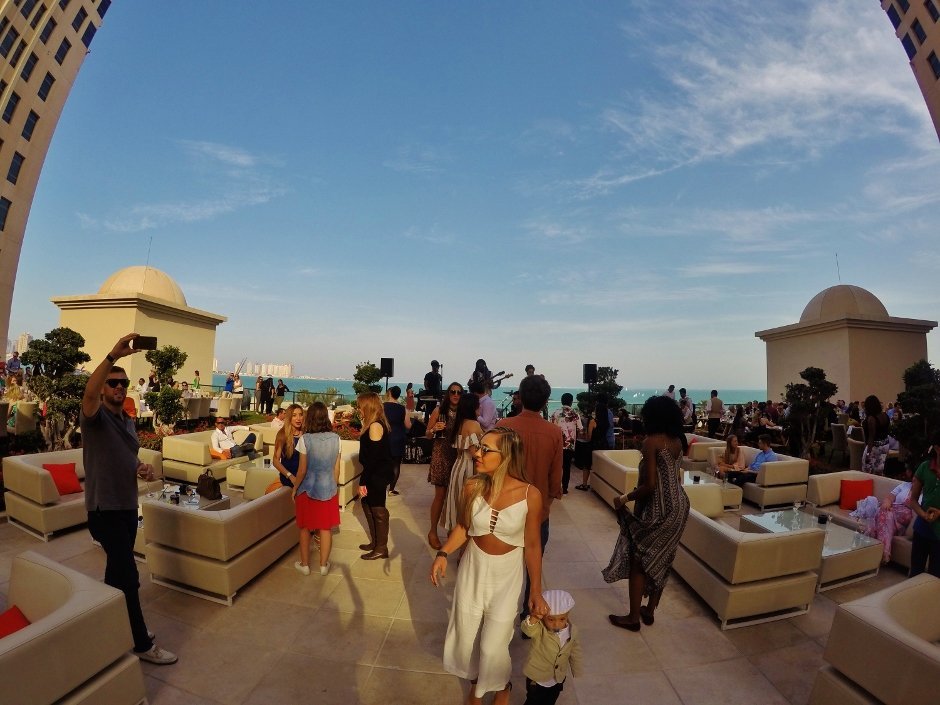 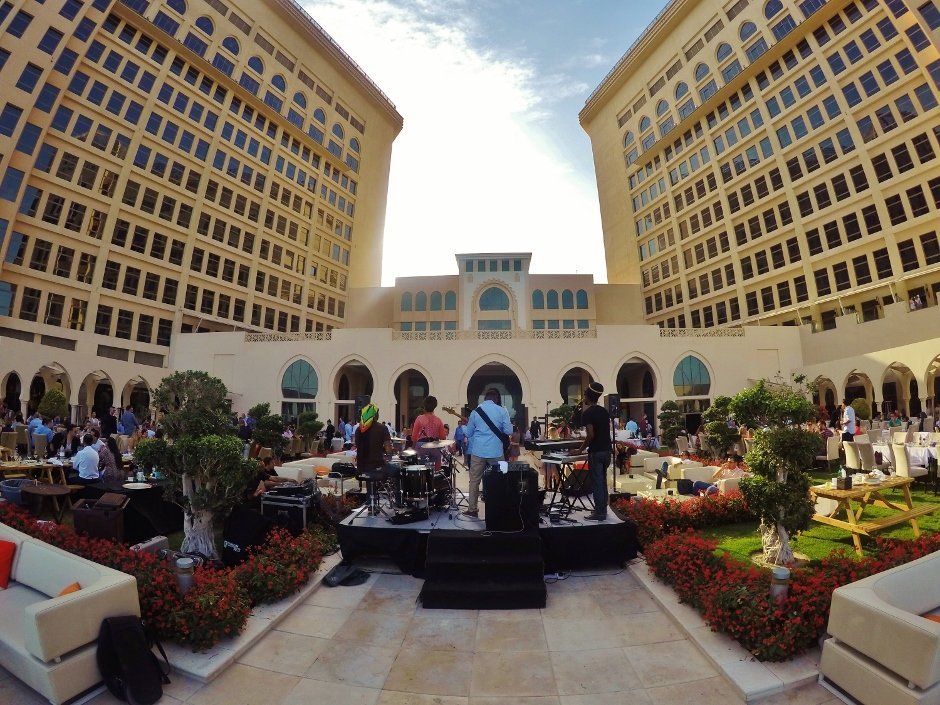