Spending The Day With S in San Francisco 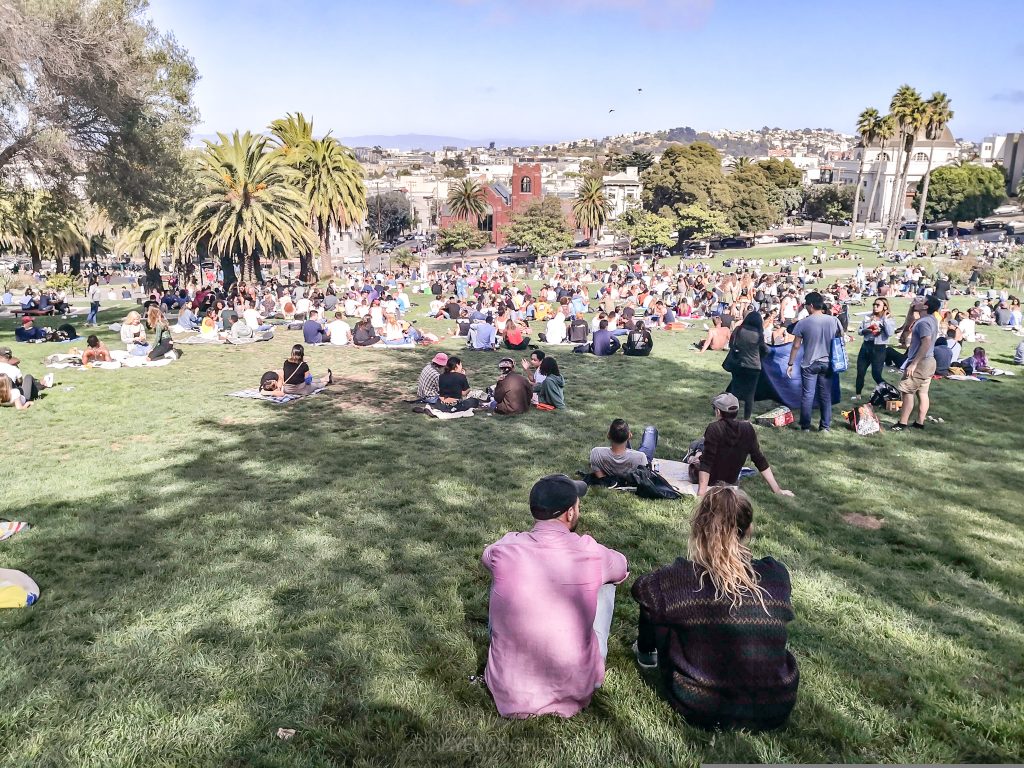 Another day in San Francisco which started with me taking an Uber to a restaurant where I’ll be meeting a friend. Uber driver asked where I’m from, I said I live in London but I’m originally from the Philippines. I sensed that he’s also a Filipino and he confirmed it by asking “Do you still speak Tagalog?”

I answered “of course! How can I not?

“You have no idea how many Filipinos I’ve met here who claims to not know how to speak Tagalog anymore after moving and living here for a few years”.

“Call them out on their bullsh*t next time!”

Then he started discussing Philippines’ politics with me which is always a risk, Filipinos can be quite hardcore when it comes to politics. Discussions, specially if you have differing opinions, can lead to a heated debate or maybe even homicide. Ok, I’m exaggerating but you get the gist. Luckily, Mr Uber Driver and I share the same sentiments so it’s all good.

We arrived at my destination just as he finished his monologue about the sad state of our beloved country. I met my friend S at Surisan – a brunch spot serving American and Korean dishes. Loved the industrial vibe of the interior as well as the outdoor seating area. I know that I won’t be able to dine al fresco that much when we go back to London so I was definitely making the most of our time in the US to dine outdoors whenever I can. My friend S was a former dorm mate, we used to live in the same dormitory (read: glorified jailhouse) ran by nuns. We had a fun time reminiscing the days we spent together while serving our sentence in the dormitory.

To give you a bit of a background story, the dormitory in question was a resident for students going to the University just across it. Both S and I attended said university and the dormitory was one of the most convenient places to live around the area. It was a LADIES ONLY dormitory owned and ran by nuns. Curfew was at 10pm and if you’re not in by then, you have no choice but to seek temporary accommodation elsewhere and wait for the gates (yes, there’s a gate) to open at 5 the next morning. You share a room with someone, depending on the size of the room you could be sharing it with one other person or maybe even 4. You will have your own bed, your own wardrobe and there’s a jailhouse-style bathroom where toilet and shower cubicles (with doors, thank God for that) are parallel to each other. Privacy when you’re using the toilet isn’t a thing. Your rent comes with full board meal, but the meals are rationed out individually. You can’t have seconds, not that you’d want seconds because the food is crap! Food was so bad that the highlight of our meal was a paper-thin ham served during breakfast, we’ll all get excited when it’s served and will come running down to the dining hall like proper savages.

As it’s ran and owned by nuns, there’s a prayer time every 6 in the evening – everyone’s supposed to go to the prayer/study room but I don’t think any of us ever went. We’ll all wait for the bell to ring which indicates that prayer time has ended and dinner is served. At some point, I remember one of the nuns going around each floor while praying the rosary because I think she got sick and tired of empty prayer rooms. I believe she was trying to catch any of us out to be dragged down to the prayer room to save our soul but the thing is, we were already warned by a fellow dorm mate (read: inmate) that she’s about to come around so we all hauled up our asses inside our rooms, turned the lights off and pretended nobody’s inside. I don’t know why we did that really but I think that’s the most daring thing I’ve ever done in my life. So yeah, it was fun to reminisce about those times with S over great Korean food! I had a feeling that we spent such a long time together in that dormitory but apparently, it was only for a year because she then moved to the US right after. I guess that’s one of the good things about that dormitory, they bind people together – you kinda have to if you want to survive in it. Lol.

S is now a big shot working for a company that has something to do with George Lucas, the Star Wars dude. I’m actually very happy and proud of her, I just wish I had the same inclination as her to climb up the corporate ladder as she did. Job title isn’t my thing, as long as I’m happy with where I am and what I do – I’m fine. Of course it would be nice to have a huge salary but as they say, great salary comes with greater responsibility – so no, but thank you. Lol.

On the flip side – her fancy and well-deserved job title is causing her troubles in the relationship department. I think men are intimidated by her, I guess it takes a real man to swallow their pride and ego and accept the fact that she is an incredibly successful woman who will probably be more successful than they will ever be. She’s a very down-to-earth person though from the get-go so I guess it’s just her fancy job title that’s stopping people from getting to know her better. In reality, no matter how fancy her job title is, she’s just a normal geek who finds immense pleasure in surrounding herself with stuffed toys, geeking out on Harry Potter and collecting cute pens with a queen’s crown on top of it which she asked from me to buy in Harrod’s in London. So really, she’s just your normal girl-next-door geek.

After brunch, we hung out in Dolores Park to get some sun and breathe some fresh, weed-infused air with the view of San Francisco right in front of us. I’m not sure how long we stayed there but it was enough for us to discuss politics, economics and cure for cancer. Just kidding, we were just gossiping. We went to Kitchen Story afterwards, another fabulous restaurant that S recommended – you should definitely have Holy Crabs from this restaurant! You’ll thank me later. I was still quite full from the brunch we had so we didn’t finish the dishes we shared – S took it for lunch to work the next day.

After that hearty and fabulous dinner, we bid farewell to each other. It was an amazing day with S, it’s always great to catch up with her wherever we may be.