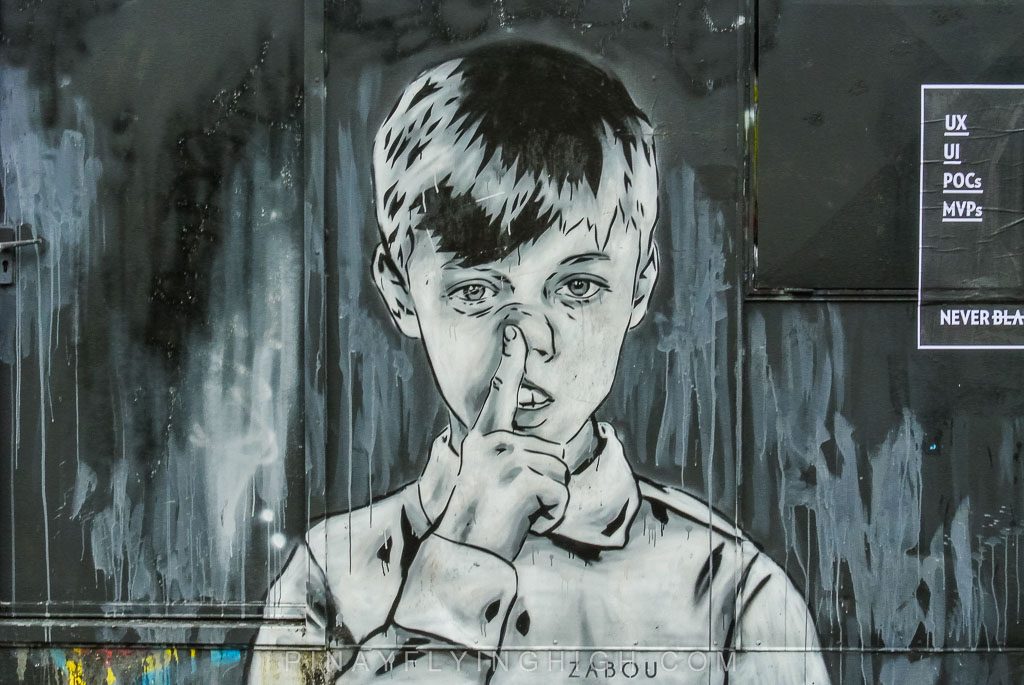 Street art, what do I know about it? It’s nothing but the works of people who are bored and have no other outlet of their boredom but to make confusing, indecipherable, random letters and drawings on empty walls. The result of which is the whole area being downgraded as a place one should dare not go. 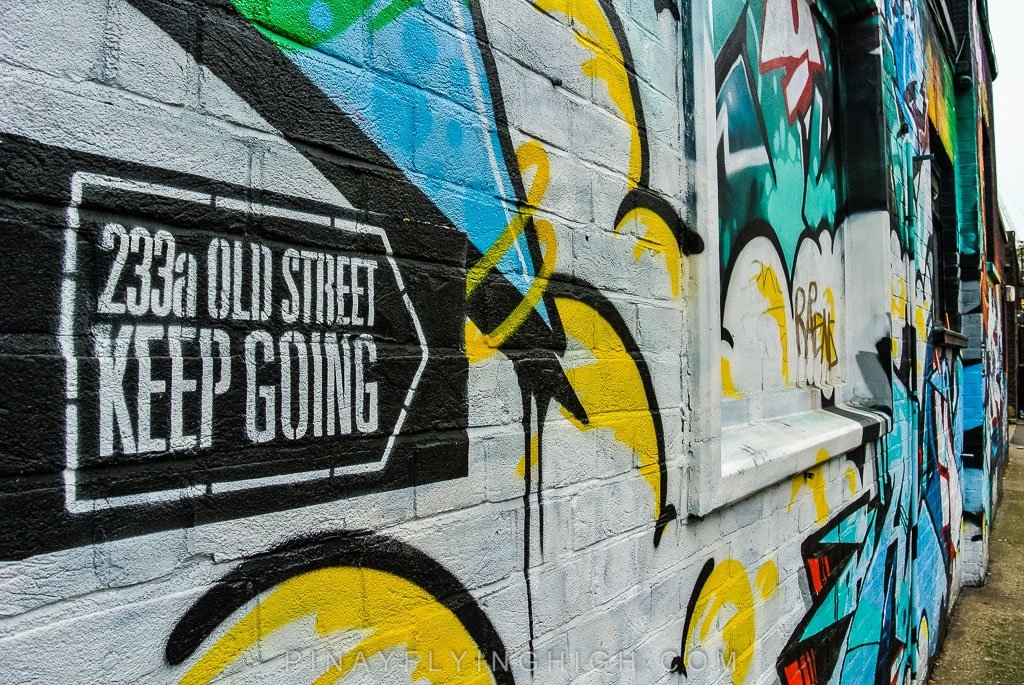 So I ask again. What do I know about street art? After taking this tour, apparently I know nothing about it. Having an opinion as I stated above about street art without really knowing what it is makes me a judgmental idiot. That’s probably the most important lesson I’ve learned after taking this tour, I was quick to judge something when there is so much more into it than what my eyes can see. 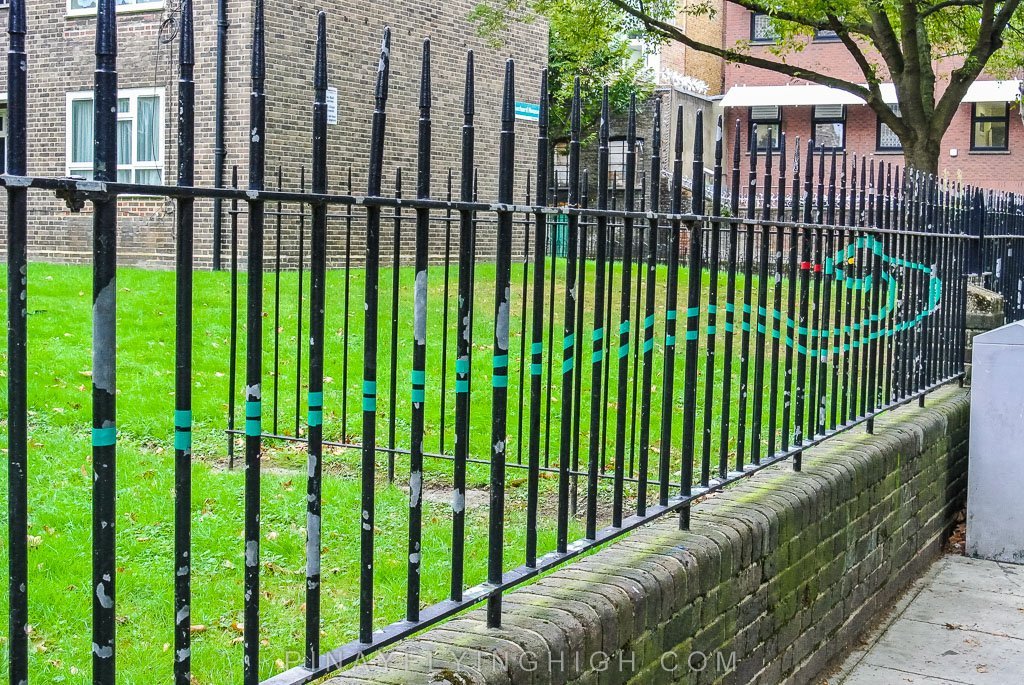 I took the Shoreditch Street Art Tour because of Katy of Untold Morsels who, being a Melbournian, is into streetart. When she told me about the tour, I hesitated and thought that it’s probably just going to be a waste of my time and money. However, since it meant that I get to explore this city which I’m just getting know – I agreed without any intention of liking nor enjoying it. 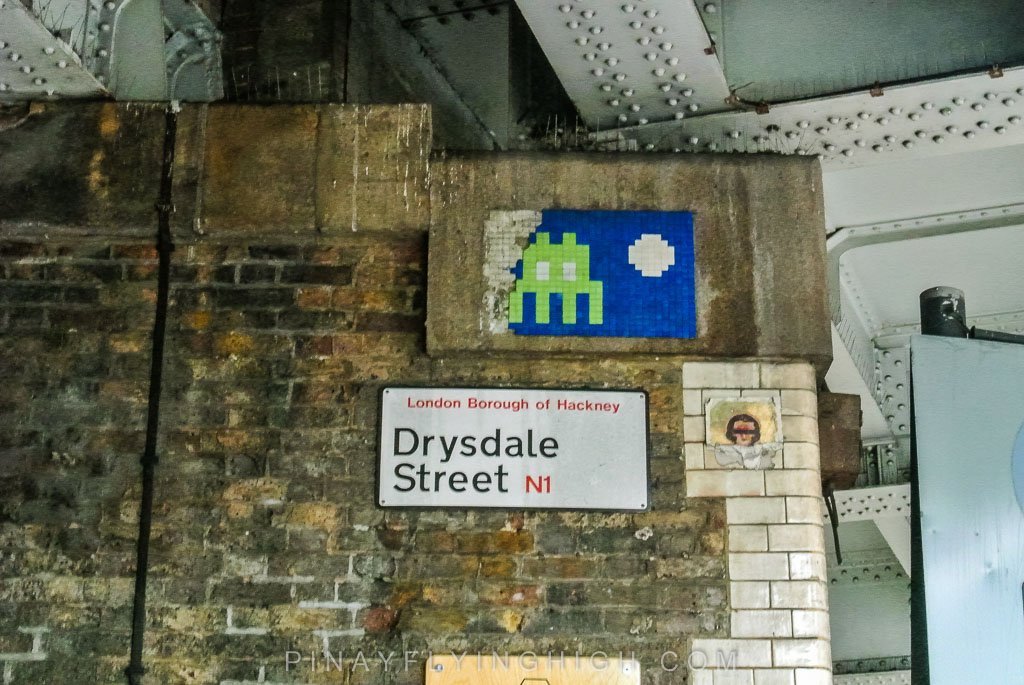 We were met by our guide at 10am in Old Street Underground Station. We were 6 people in total joining the tour, a small group which is what I like. I was surprised that our group consisted of people from mixed generations, I thought only the millennials would enjoy this kind of tour. (As I said, I know nothing about street art.) 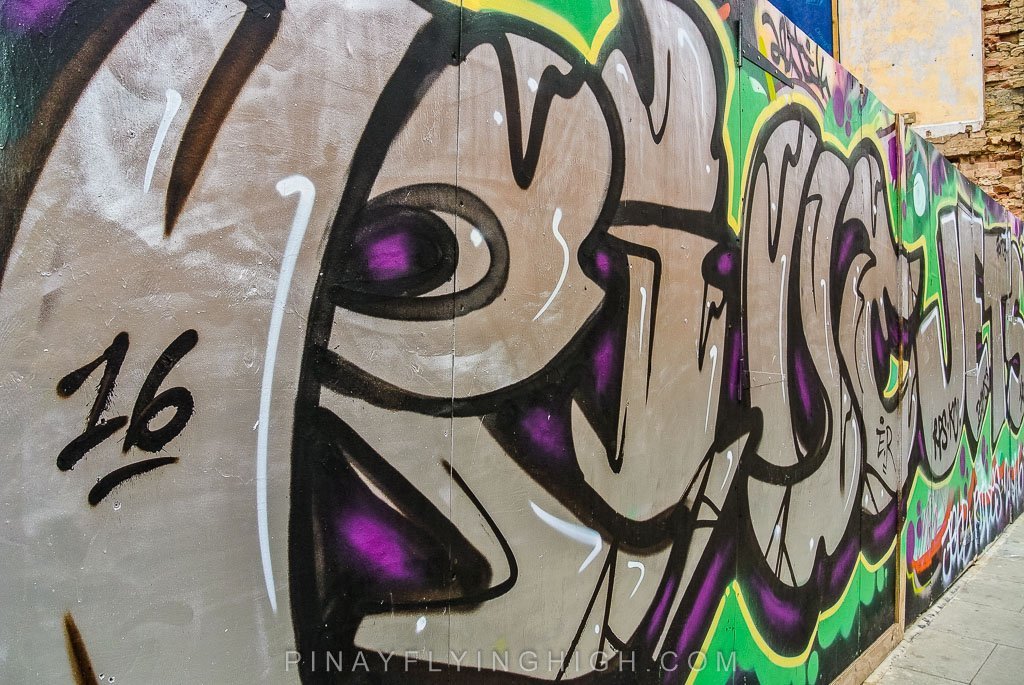 The first street art that was showed to us was nothing like what I expected a street art should be. It’s a green yarn tied on a fence to form letters which only our tour guide can understand easily. “It’s called yarn bomb.” our tour guide said, which apparently is just one of the many mediums street artists use these days. Call it a cliche but I seriously was hooked from that first piece that he showed us. 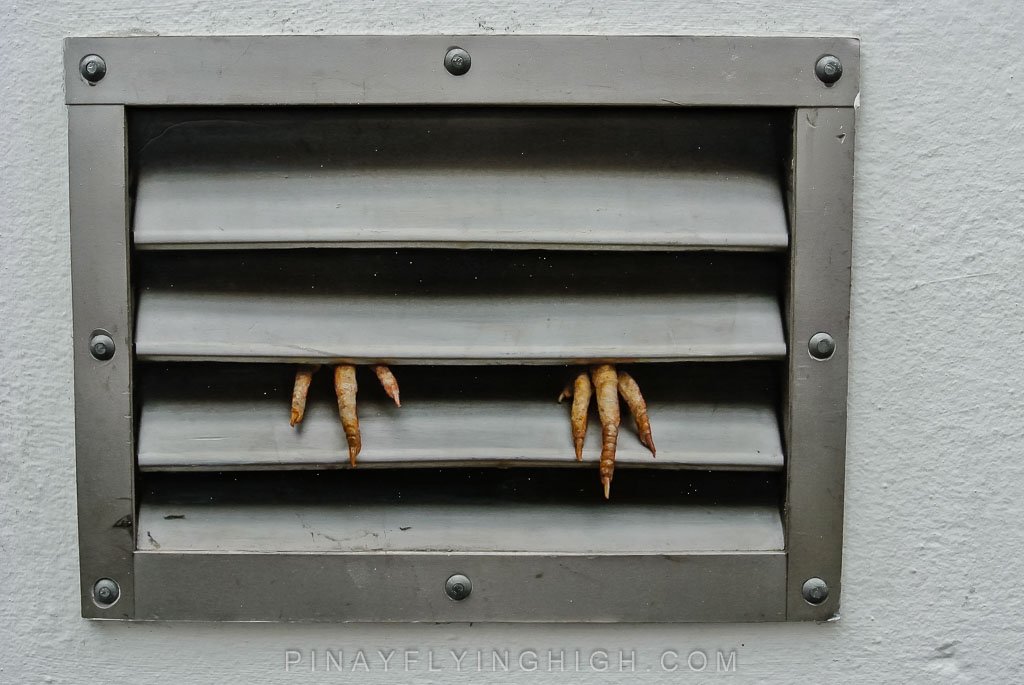 I found it interesting right from the start. I thought that all I will ever see from this tour would be graffiti that I won’t be able to read or huge cartoon-like paintings on the wall. I was not expecting to see street arts in the form of tiles, mushrooms made from polyurethane and specially paintings on a gum. Yes, a chewing gum. 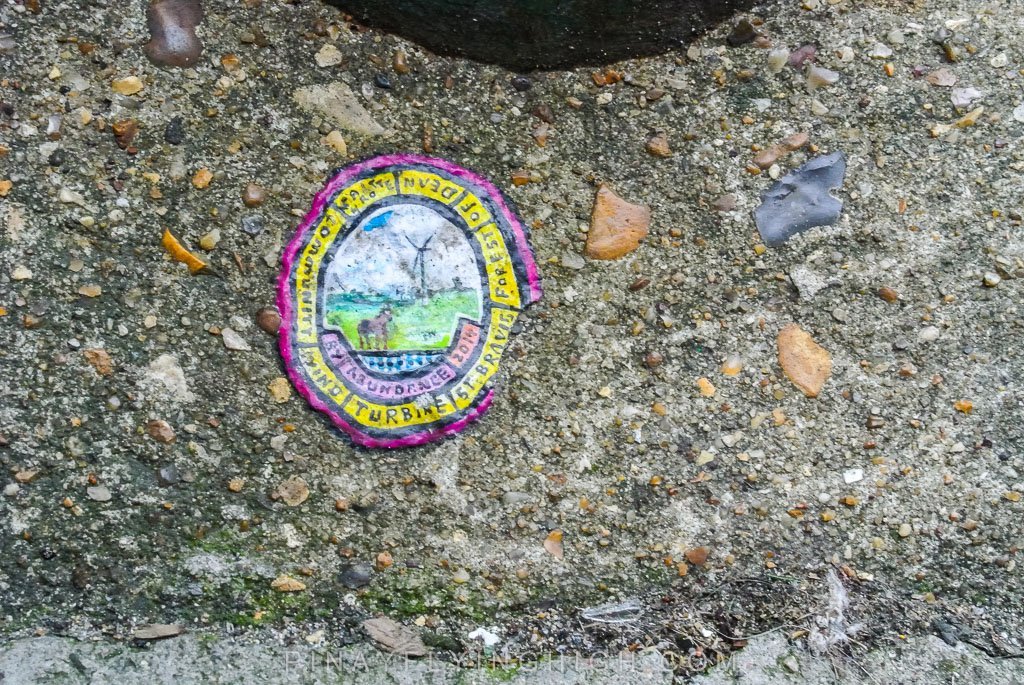 Everytime our tour guide would stop, all of us would instantly look for some sort of art around us and just when we thought that we found what he’s going to show us, he would turn the other way and show us something else. It was really quite interesting as you never really know what you will see next which I think is the very essence of street art. 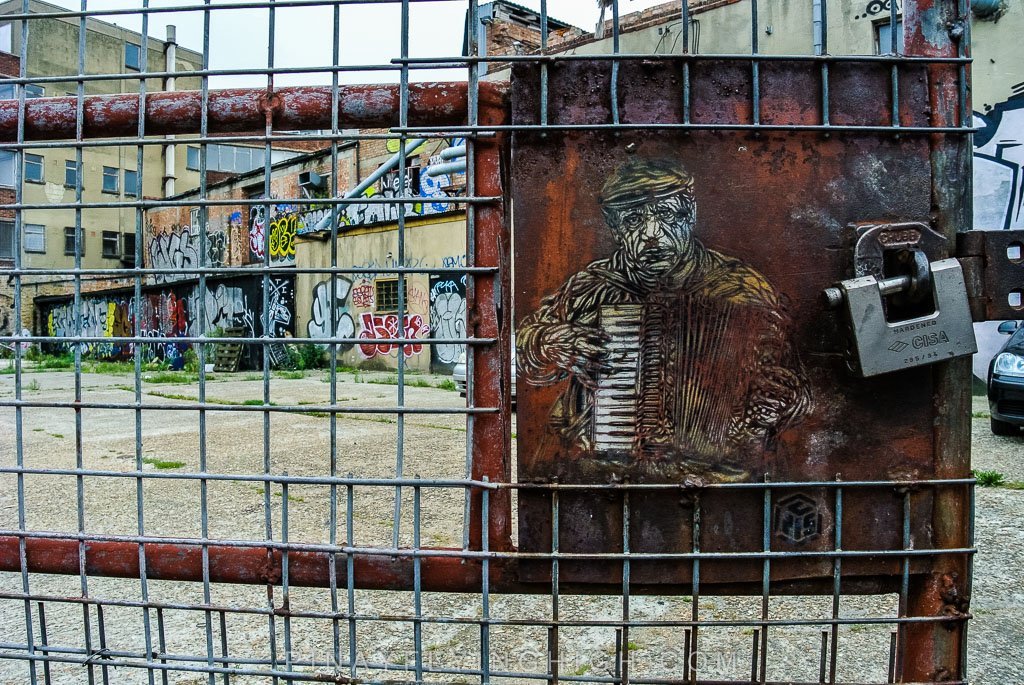 Street artists are not doing what they’re doing to change the meaning of what art is like. They’re not rebels as what I thought they were. They simply are challenging art itself through radical forms and putting it in places which aren’t deemed fit to be a space for art. The pieces they create are most of the time socially relevant which is what they aspire to communicate. 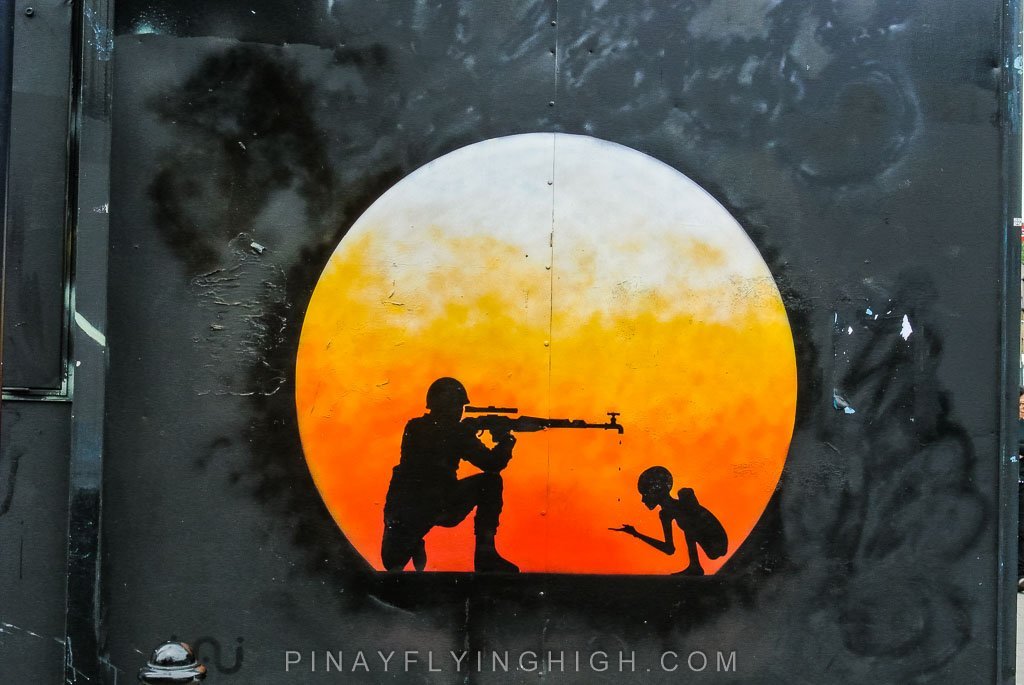 The social activism is quite strong in the street art culture and they deliver their message through subtle forms of art. Most of the time, I’d look at a piece thinking that it’s just something random however when I try to really look into it, I’d see some sort of political or social expression through it. 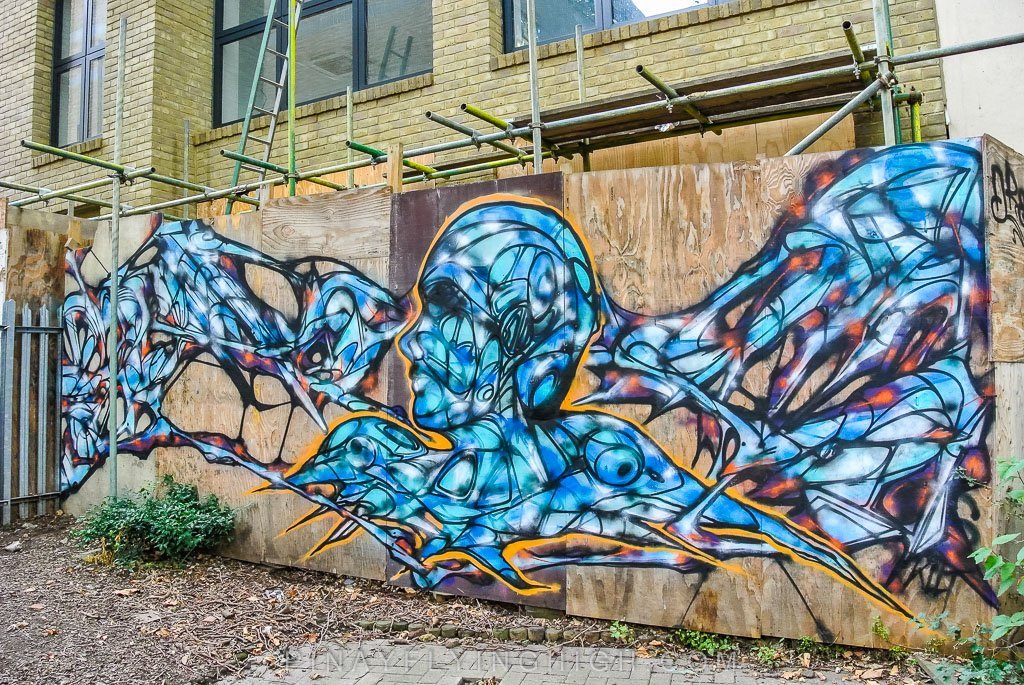 The Shoreditch Street Art tour was really an eye opener for me. After this tour, I won’t be looking at street art in the same way again. I guess I was reformed by it and I can now see the importance of this underground culture now more than ever.

There are so many other street art tours that you can take here in London. Another example is this tour which starts from Liverpool St and ends in Rivington Street. 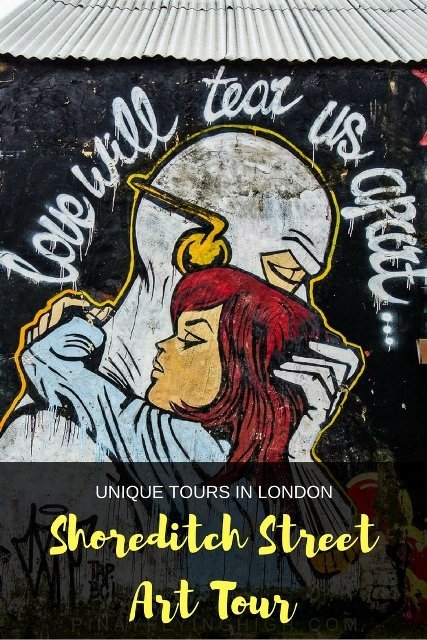 PrevPreviousFree Things To Do in London: Stroll Around The Beautiful Holland Park.
NextScenes From A Moving London Bus (Bus 14)Next