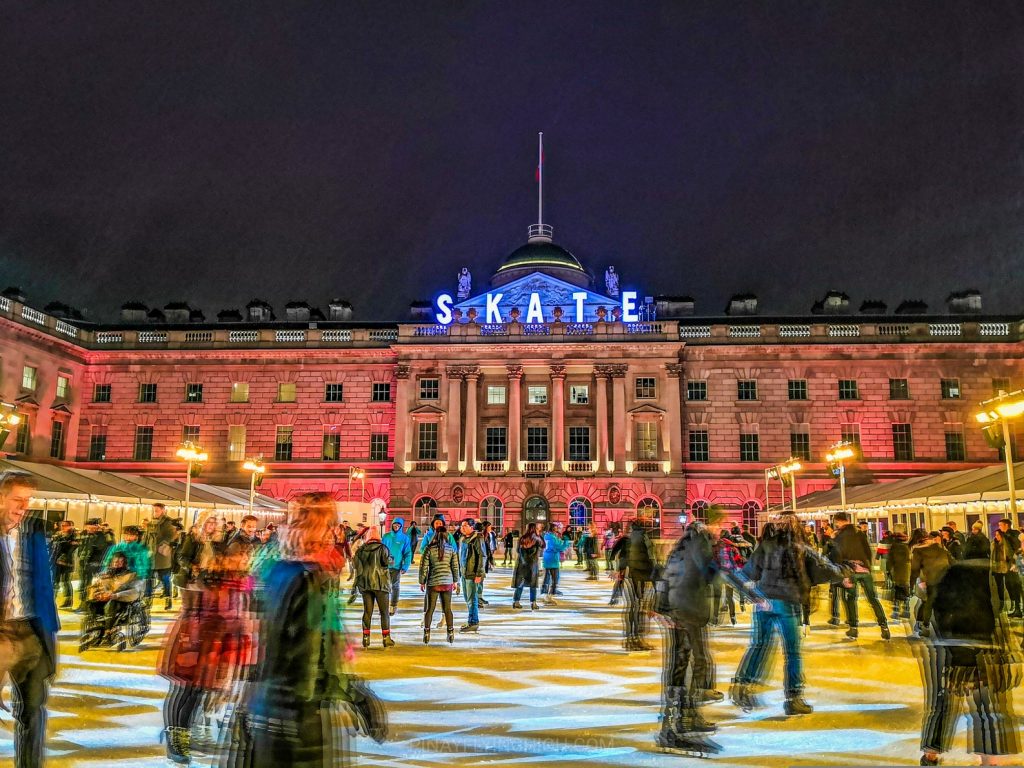 It's the most wonderful time of the year! In this post, I'm taking you on a Self-Guided Christmas Walking Tour Around London. Enjoy! #ldnchristmas19 #london #christmasinlondon

It’s that time of the year again! It’s my fourth Christmas in London and I still look forward to the whole city being dressed up for the festive season. London go all out during this period, the entire city is lit with Christmas decorations, ice rinks and Christmas markets not to mention all the other festive activities you can do such as Christmas concerts, festive meals etc. It’s hard not to fall in love with London during Christmastime unless you’re a grinch – if you are, I suggest you look away now because everything about this post is all about the most wonderful time of the year.

Today, I’m going to take you on a Christmas walking tour around London. I do this every year and I’m quite pleased that some of the decorations this year are very different from the previous ones. It’s not at all possible to see every festive decorations around London in one go unless you’re gonna do it the entire day which isn’t the case for me as I can only do it after work. So I’m doing this entries in parts and here, I present Part 1 of this series.

My first stop was The Ship Tavern, I love how even the pubs around the city are not to be left out when it comes to festive decorations. The decor inside will also put you on a festive mood unfortunately, there were too many people inside as it was a Friday night so I wasn’t able to take a decent photo of it. Still, the exterior was pretty enough for me.

Then I went to Sicilian Avenue, although not really decorated I just had to take a photo of it as I’ve been passing by it every single day on my way to work since it’s in my bus route. I’ve always thought I should one day take a photo of it and never had the chance until that night. It’s so pretty isn’t it?

Off to Seven Dials I went next, it’s one of my favourite areas in London because of its history and its overall prettiness. Even if the decoration hasn’t changed since my first Christmas here, it’s something that I’ve always wanted to see every year. There’s something about this stunning roundabout that I absolutely love.

Then there’s Neal’s Yard which always looks festive even during the normal season but of course, I had to include it as one of the stops because it’s such a pretty courtyard. I just have to see it again and again whenever I find myself in the area.

Covent Garden is one of London’s premier Christmas destinations, their Christmas tree is my favourite in the entire city and never fails to amaze me. There’s a huge crowd everywhere though (as always) so it was quite hard to take photos of the other decorations around the area because of all the people trying to take selfies around. Nevertheless, it’s still one of my favourite stops during Christmastime.

My last stop was the beautiful Skate at Somerset House. Next to Natural History Museum Ice Rink, this comes to a close second as my favourite ice rink in London. The facade of Somerset House as the backdrop of the rink is quite spectacular and add to it the changing colours of the lights which makes it even more festive as well as the giant tree in front of it. How I wish I could skate but seeing people gliding across this beauty was enough for me to enjoy it myself.

I went to Fortnum & Mason of course to buy some Christmas cookies before heading to Waterloo for my train back home. If you enjoyed this post, I’ve done a more comprehensive guide last 2016 which you might want to check out specially if you’re headed to London this time of the year: