Buffet Lunch at Seasonal Tastes in The Westin Doha Hotel and Spa. 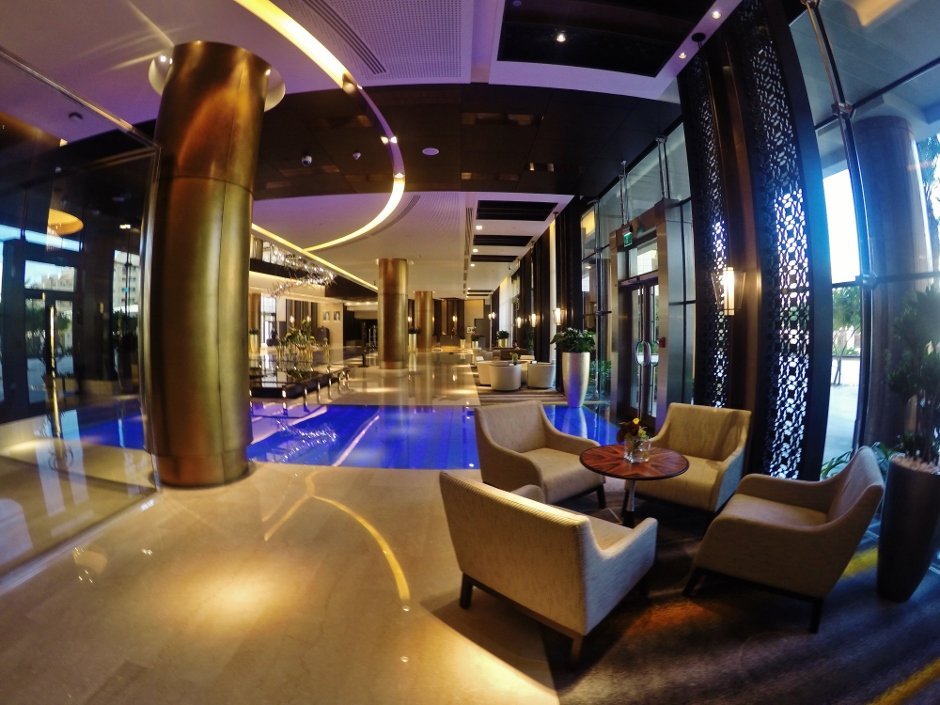 Westin Doha, one of the most anticipated hotels in Doha finally opened its doors last week. Although they’re just on their soft-opening phase, I couldn’t resist the temptation of checking out this new property on the second day that it opened as it’s literally just minutes away from our house – 8 minutes to be exact, including the minutes the driver got lost as it’s so new nobody knows where the entrance is.

Currently, only 3 food and beverage outlets are operating out of 5. I was intending to visit their Thai restaurant called Sabai Thai however, I was advised that they may not open until March or even April – no definite dates yet. Their all-day dining restaurant, Seasonal Tastes is fully operational though serving breakfast, lunch and dinner.

I think everyone was surprised to see me walk in their impressive lobby, I guess nobody’s expecting an outsider to check it out this early specially since they’ve just been opened for 2 days. The friendly receptionist guided me towards Seasonal Tastes, he wasn’t very sure if we were in the right direction though as he himself just arrived in the hotel that morning. I loved the honesty and thankfully, we were in the right direction.

I was seated immediately after the restaurant receptionist explained their lunch concept – it’s a buffet-style lunch priced at QR99 per person including soft beverages. Dishes include Asian, Arabic and they also have live pasta and grill station. The choices are focused more on Asian cuisine which works really well for me as I was craving for some Asian flavors that day.

Food was good, at least the ones that I’ve tried. My favorite dish would be the stir-fried beef – done to perfection with the right kind of flavors in each bite. Beef rendang comes second but I probably would like it better if there was a lot more coconutty flavor in it. I wasn’t able to try the Arabic grills and the pasta although the chef prepared a small taster of steak for me which was cooked perfectly.

The restaurant is huge and beautifully designed. They do have an outdoor seating area which looked inviting, I would’ve sat there if only it wasn’t too cold earlier.

The restaurant suffers a lot of opening teething problems in general though however, I can easily brush it off as I visited them only on its second day. I think it would be unfair to make a general conclusion about this restaurant based on this visit alone but I thought it would be good to list down everything here so I’d see if improvements have been made when I visit it again.

Having said all that, I would like to also acknowledge the fact that all of the staff were trying their best the day I visited it. One of them even gave me a little tour of the restaurant and the pool outside. The things listed above are just small hiccups that I’m sure they’d be able to overcome in the coming days ahead. I’ll have to visit it again soon to see the improvements as I’m quite positive that this is going to be added as one of the dining must-visits in the city in no time.