The One About Our Drive from San Diego to Monterey 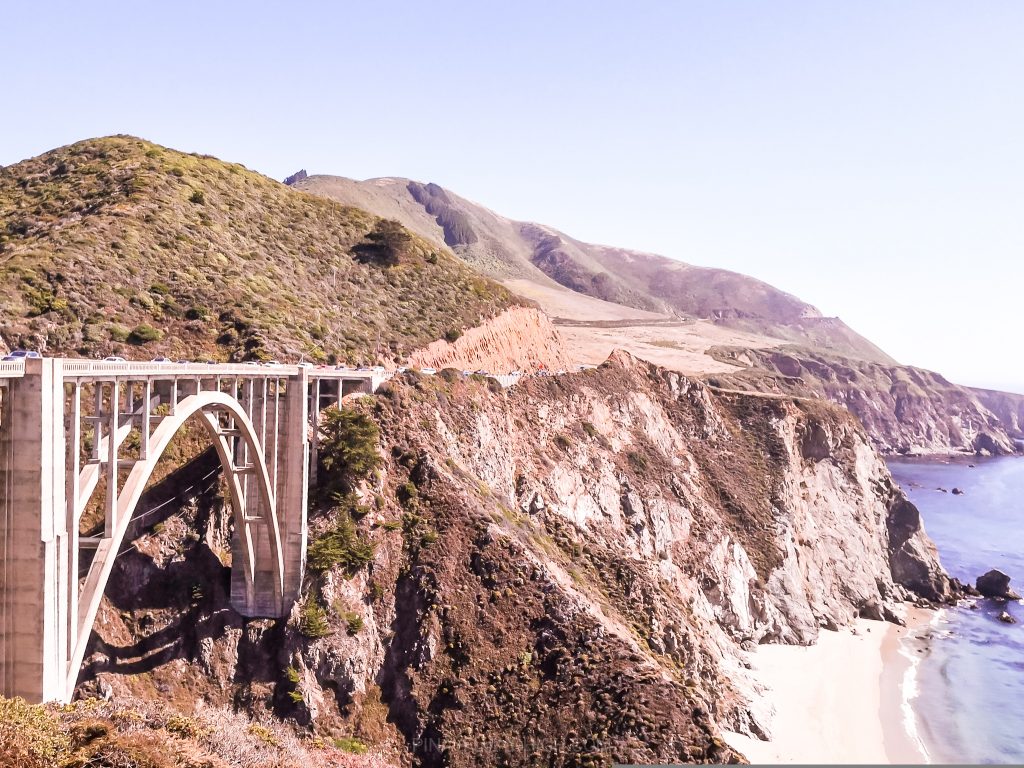 Driving from San Diego straight to Monterey was a decision I wasn't very proud of. There are so many beautiful places to stop along the way which I think deserves to be explored for a day or two. Next time maybe? :)

After our fabulous stay in Park Hyatt Aviara, we dropped off my sister and nephew at San Diego Airport and proceeded with our drive to Monterey. This drive is definitely not advisable specially if you’re anywhere near our age group. To say that it was tiring is an understatement, I don’t even know what I was thinking when I planned our itinerary this way. It’s a 7-hr drive if you’re going to do it direct without any stops, longer if you’re going to take the scenic route with stops along the way (for restroom break, photography break and just to stretch our legs). The only reason why I did it this way was because I remember driving straight to Monterey when we did the same coastal drive a few years ago but then we started from Los Angeles then, not San Diego. Mistake #1 during this trip.

Anyway, we had to go through the horrible traffic of LA again which, by itself, was tiring enough. Seriously, I don’t know how residents of LA can live and deal with this traffic every single day without losing their wits. By the time we arrived in Santa Barbara which was our first stop, I was already drained. I wish we stopped in Santa Barbara for the night just to break the journey.

Santa Barbara was one of the stops that I loved when we did the same drive a few years ago and I made a mental note that I will go back there with The Greek Mister someday – and so we did. Dubbed as the ‘American Riviera’ due to its Mediterranean climate, the Spanish colonial heritage of this coastal town is evident in its architecture, white buildings with red-tile roofs – it gives you that feeling of being on a holiday immediately.

Lots of activities to do around the area too be it hiking, visiting art galleries, enjoying the beach, exploring historical buildings and dining at one of their many restaurants. Since we didn’t have time to explore much of this beautiful coastal town, we ended up eating in one of the restaurants on Stearn’s Wharf and went on the road immediately as soon as we’re done. I’m doing a mental note again to stay in Santa Barbara for at least 2 nights next time.

From Santa Barbara, we planned to stop at Morro Bay however there was a thick blanket of fog covering the entire town so we skipped it and stopped at Cambria instead.

Cambria is a seaside village in San Luis Obispo, California. The main street is lined up with pretty houses, cute shops and boutique hotels. That area alone made me wish that we’ve stayed there for at least a night but there’s another thing that caught my eye when I did a bit of research about the place – Nitt Witt Ridge. It’s a house built entirely out of garbage collected from around the area by its owner who was, you guessed it, a garbage collector. He also used some things he collected in time from Hearst Castle where he reportedly worked previously.

Again we didn’t have much time to explore Cambria, so after walking around the Main Street, we used their public restroom before continuing on with our journey. Mental note, stay in Cambria for at least a night next time.

From here, it’ll only take 2 hours to reach the start of our Big Sur drive. Big Sur is known for its stunning coastal drive, there are numerous stops with breathtaking and dramatic sceneries along the way. We’ve done a couple of stops along the way until the views became too repetitive so we skipped most of it. Two stops that I would absolutely advise you not to miss are the Mcway Falls at Julia Pfeiffer Burns State Park and of course, the famous Bixby Bridge (which we visited the next day). These two stops have the most unique views that you’ll see during this drive and will probably be the ones that you’ll remember well.

It was already dark when we passed by Bixby Bridge so we skipped it and drove back there the next day only to be stuck in an hour-long traffic. Traffic was LA-like to and from Bixby Bridge but as soon as you passed it, all’s well again. The viewpoint was also filled with people, you really have to wait to get that perfect shot. It was worth it though, Big Little Lies TV series made me want to see it again even if I’ve already seen it before.

We arrived at Hyatt Regency Monterey, a very disappointing property. I was actually looking forward to our stay here but it turned out to be the worst property we’ve booked during this holiday. There’s a whoosh of unpleasant odor as soon as we opened the door of the hallway towards our room, it literally smelled like we were walking into a barn instead of a hotel room. Had to stop myself from neighing like a horse as we walked its damp and smelly carpeted hallway.

We got an upgrade to a golf course view but that didn’t make any difference to the experience we had. Because of the horrible smell, it felt to me like the whole hotel was dirty. I had to walk carefully around our room so my feet wouldn’t accidentally touch the carpet floors – God knows what germs are lurking in it.

Anyway, after dropping off our suitcases – we met the Greek Mister’s brother for dinner and called the night off afterwards. I couldn’t wait for it to be the morning so we can get out of this smelly room and explore Monterey!