Doha, Qatar | Sabai Thai Is The Thai Restaurant Doha Is Waiting For. 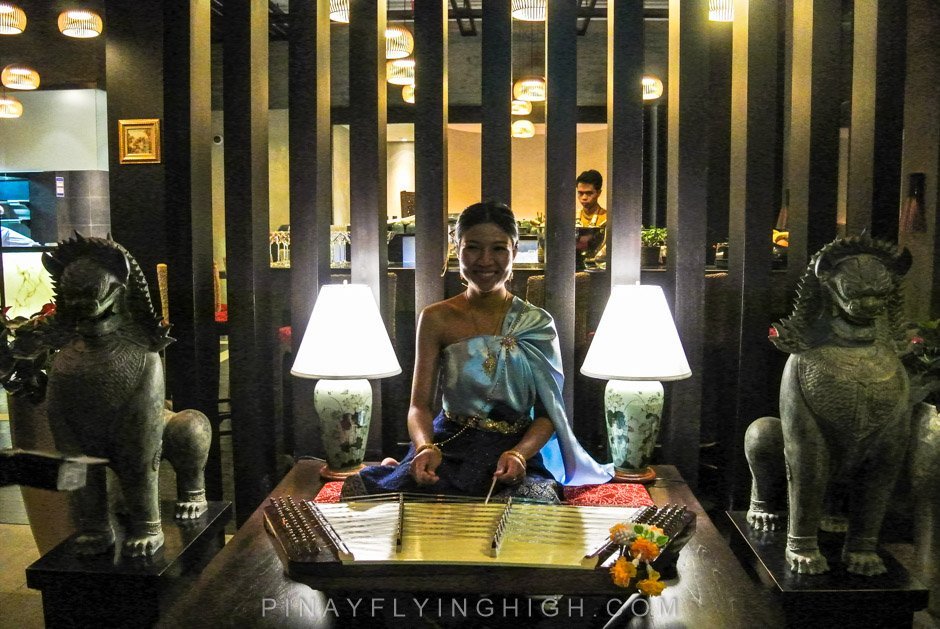 We do have quite a few Thai restaurants in the city but a new addition is always welcome, specially if it serves great food and if it’s closer to your house. Before Sabai Thai, there is only one licensed (read: alcohol served) Thai restaurant in Doha – Isaan at Grand Hyatt Doha which I haven’t really visited that much because of the travel time it’ll take me to go there.

Westin Doha on the other hand is just 15 minutes from my house (including the 10-min traffic that you’ll get stuck in on your way there). Suffice to say, it would require something extravagant and incredible to make me go all the way to other side of the city these days if I want to satisfy a Thai food craving. 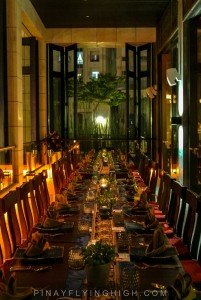 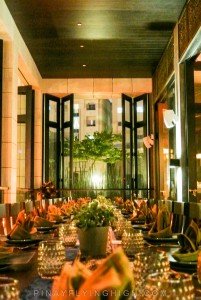 Sabai Thai is gorgeous with a small open-air dining patio to enjoy the resort ground views. During the media dinner I attended, the table setting was so beautiful it took my breathe away.

A 9-dish dinner with a sharing concept was served along with Thai-themed beverages. I probably consumed 2 liters of cha dum yen which is a house special of Thai iced tea with milk. So good! Some of the dishes served during the media dinner were the following:

Larb Gai, minced chicken salad with shallot, mint leaves, chee frand, chili powder and grounded sticky rice was a fragrant dish with a light kick of spice. Flavors were strong which made my Asian tastebuds happy. The mint leaves gave it a refreshing taste. 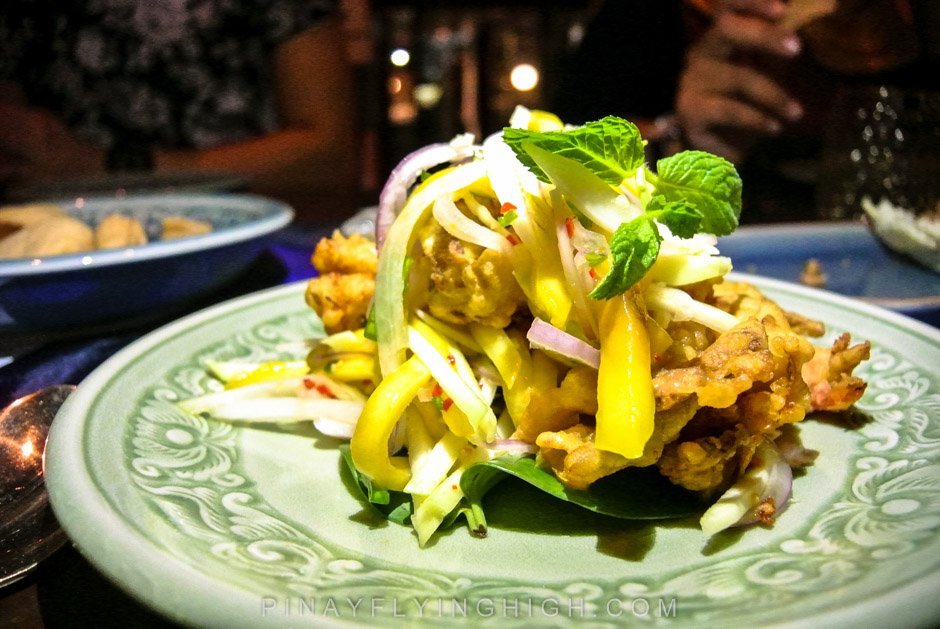 Yaam Mamuang Poo Nim, spiced mango salad with fried soft shell crab was extremely spicy for me. The roof of my mouth was on fire even after drinking 2 glasses of water afterwards. Being the masochist that I am, I took two more bites of it. I realized then how much I love mangoes and soft shell crabs. No amount of spice can stop me from eating it. 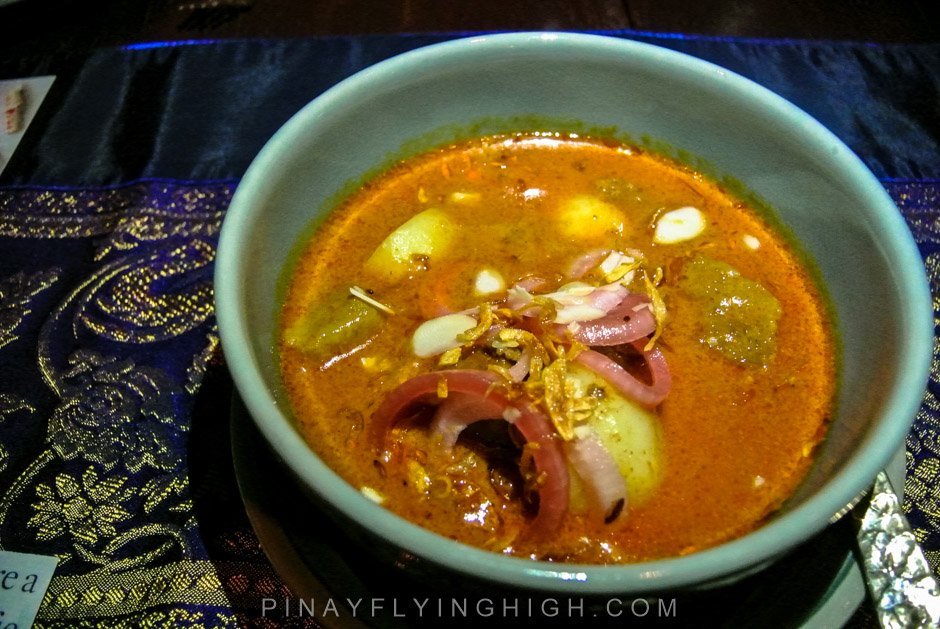 Gaeng Mussaman Nuea, braised beef curry with new potatoes, shallots and peanuts was too sweet for my taste. I haven’t had this dish before so I can’t really tell if it’s how it’s supposed to be. Either ways, I’m not a big fan of this one. 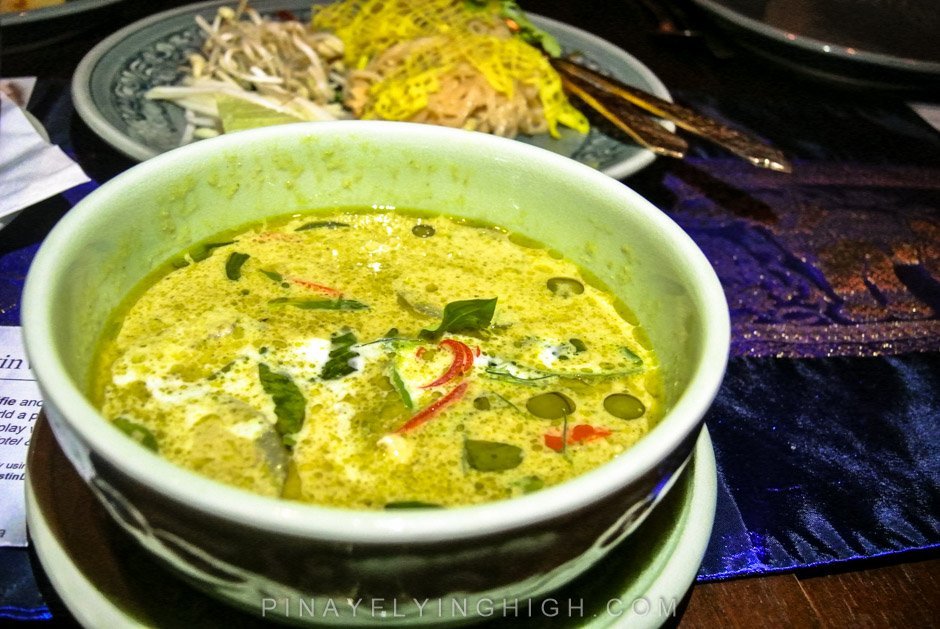 Gaeng Khiew Waan Gai, green curry with chicken, thai eggplant and sweet basil was my favorite main dish during this meal. There’s a divided opinion about it though, some liked it, some didn’t. For me, the soup might be a little too watered down but it had the right amount of coconut milk flavor to get my Southeast Asian tastebuds go wild! I had to stop myself from eating the whole portion as I was sharing it with 3 other people.

Phad Thai Goong Sood, traditional Thai style stir-fried rice noodles with fresh prawns, bean sprout, tofu and peanut was fantastic! I had this dish before during the grand opening of Westin Doha and I thought then that it’s probably the best phad thai I’ve ever had here in Doha so far. I haven’t eaten in a lot of Thai restaurants here though so don’t take my word for it. 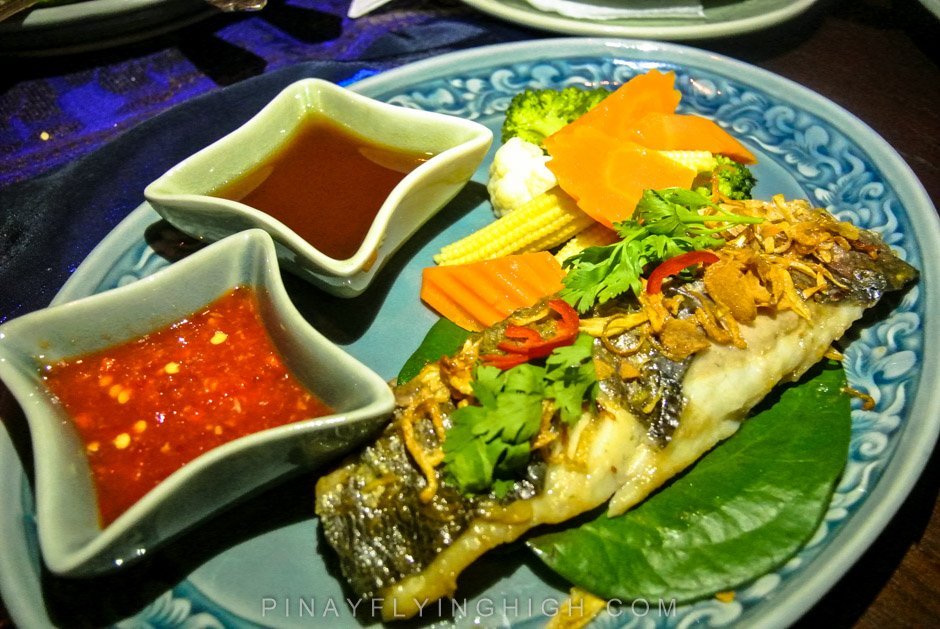 Pla Grapong Ob Smoonprai, baked marinated sea bass and Thai herbs served with steamed vegetables was a favorite of many. I think I was too focused on eating the phad thai and green curry that I didn’t really pay much attention on this dish. 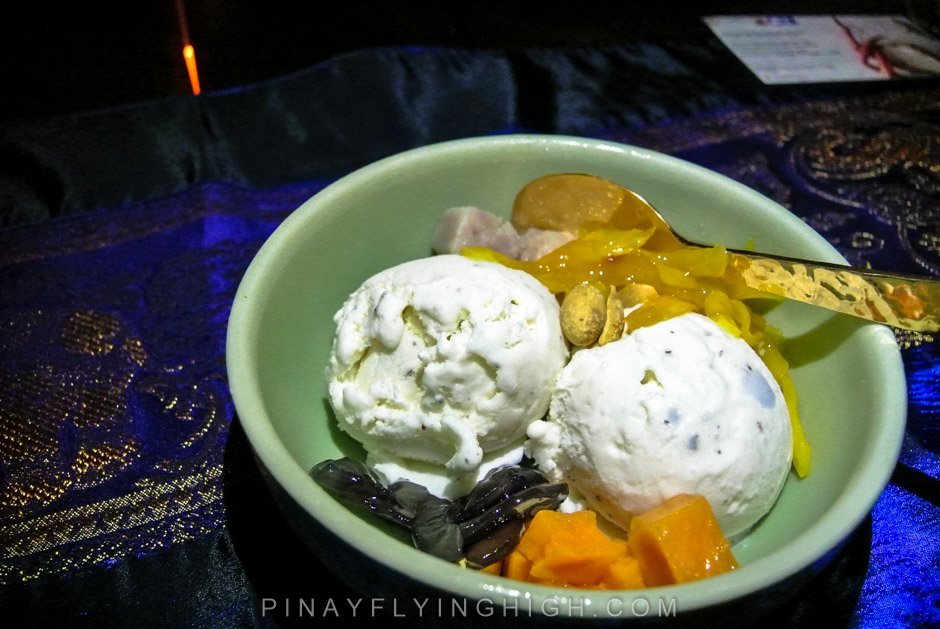 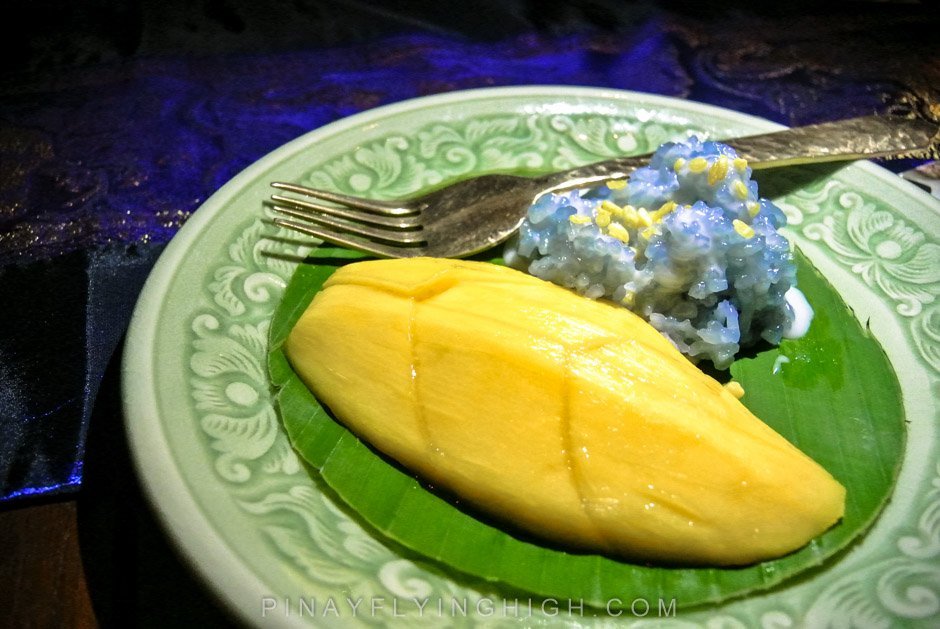 Khow Niew Mamaung, coconut sticky rice with mango is not to be missed. I was never a big fan of desserts but this, I could eat any time of the day.

I can see myself frequenting Sabai Thai specially since it’s so close to where I live. Their dishes were superb and the ambiance was fantastic, great for one of your romantic dinner meals. My only advice to anyone who’s planning to try out this place is to ask how spicy a dish would be before ordering.

Note: I was a guest of Westin Doha during this Sabai Thai media dinner however as always, all photos are my own and opinions stated are genuine and in no way influenced.

PrevPreviousHow To Survive The Songkran Festival At Grand Hyatt Doha
NextDoha, Qatar | Tofu House Doha, All It Takes Is A Photo To Make Me Hungry.Next