Intercontinental Doha The City | Roast Nights at Prime, Specially Made For Meat Lovers. 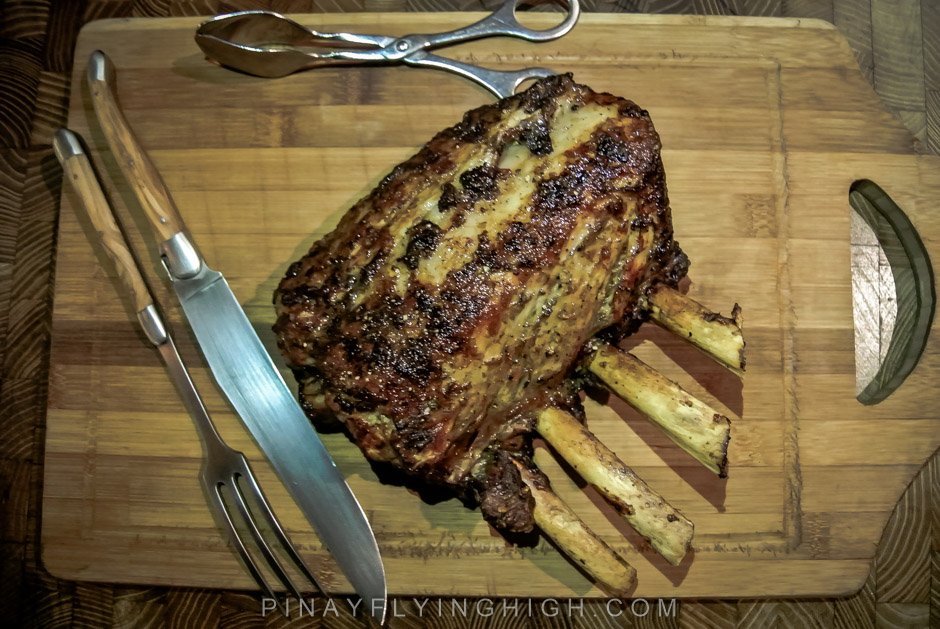 I was a guest of Prime to try out their Roast Nights however as always, photos are my own and opinions stated are genuine and in no way influenced.

It wasn’t my first time to go to Prime at Intercontinental Doha The City but I have to admit that I can’t really remember when was the last time I was there as it seems to be such a long time ago.  That’s what happens when you live in a city where there’s always a new restaurant opening. No matter how much you loved a restaurant from your previous visit, it’s quite hard to have it always in your mind when you’re distracted with the new joiners. Sometimes, we need a little nudge to remember the wonderful foodventures we’ve had in their restaurant and I have to say Intercontinental Doha The City’s been nudging me quite a lot lately to remind me of the many awesome restaurants they have. 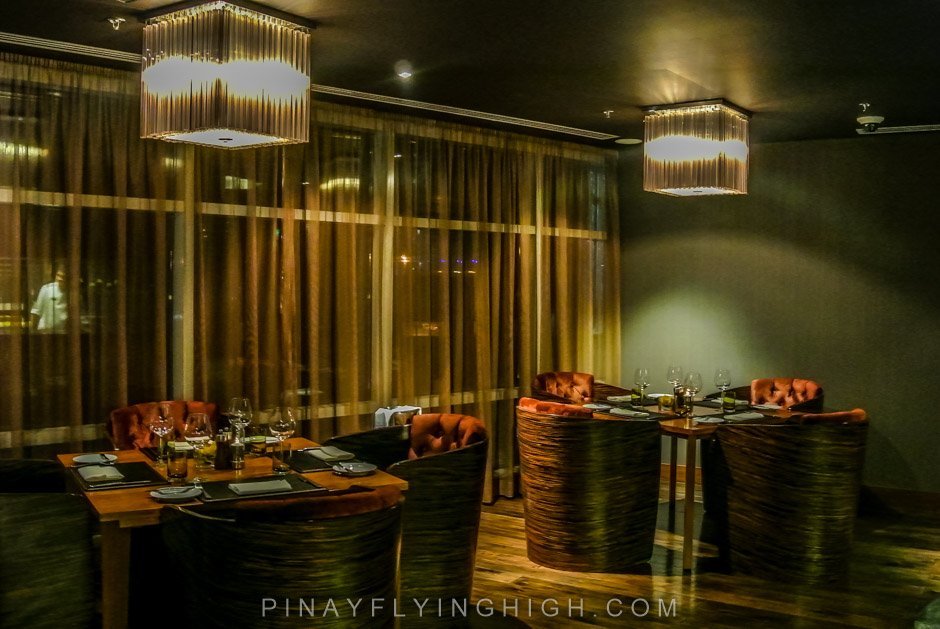 Case in point, Prime. The steakhouse which apparently is one of the most popular in the city as everyone seems to love it. I have to admit though that Prime is easy to forget not because of their forgettable dishes but because their prices are also on the prime end. A meal for two here can cut you back around QR700 including drinks depending of course on what you’re going to order. 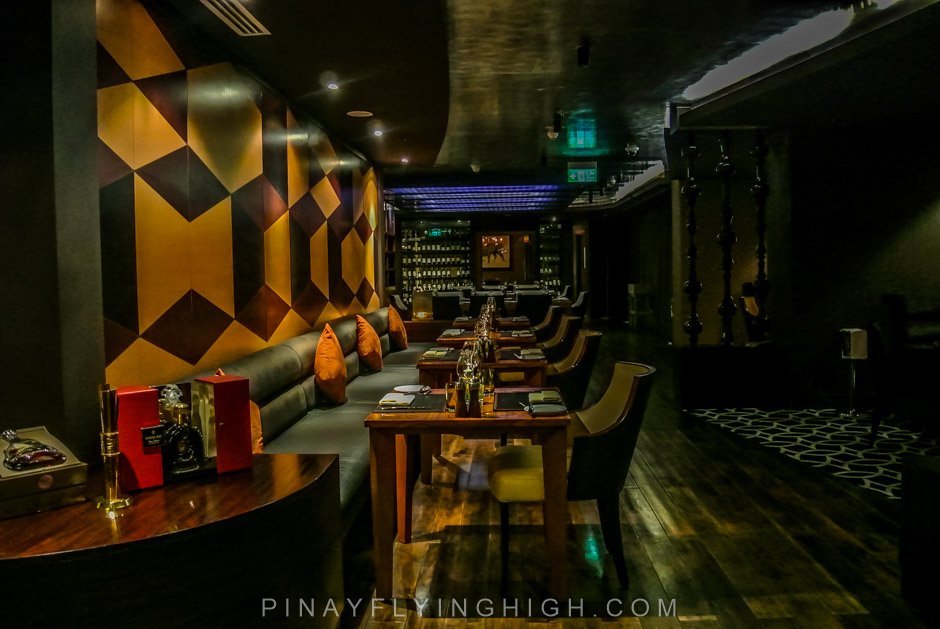 Having said that, I’ve always looked at Prime as the restaurant you go to for special occasions only and not for a regular night to satisfy your steak cravings. With all the other dining deals around the city, you’d have to think twice if you really want to spend that much for a steak or get a 3-course meal priced 3 times less somewhere else? Yes, you might not get the best cut of steak in the 3-course meal but with the economic setbacks that we’re having these days, people are now thinking twice about where to spend their hard-earned money. At least that is the case for The Greek Mister and myself. 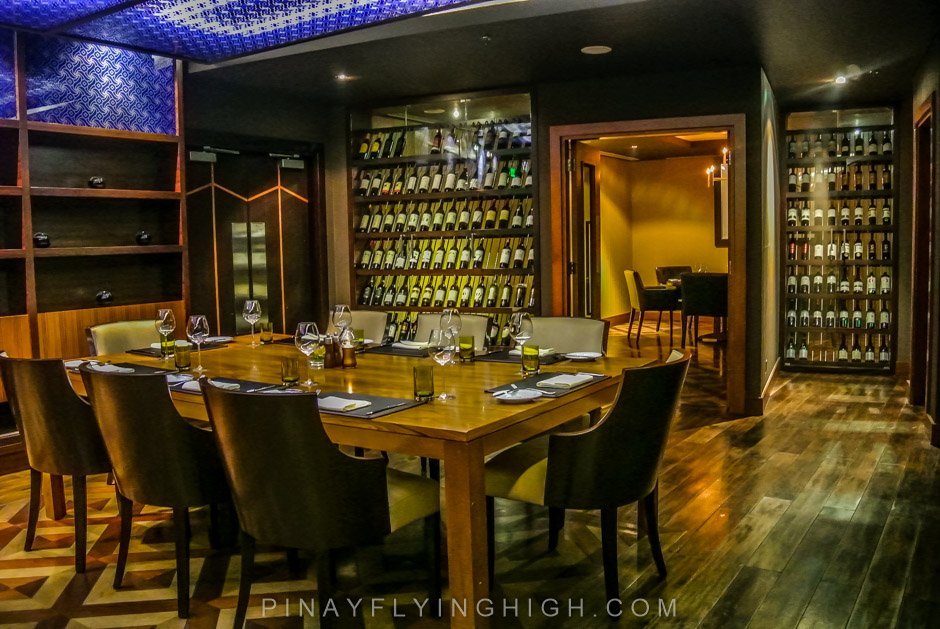 Enter Roast Nights, priced at QR350 per person you get a 3-course meal with a twist – it offers an unlimited carving of mouthwatering meat. If you see this in Prime’s perspective, this is such a great deal since you’d be able to try 4 kinds of meat in one dinner. It happens every third Monday of the month but I was told that they’re planning to have it on a weekly basis. 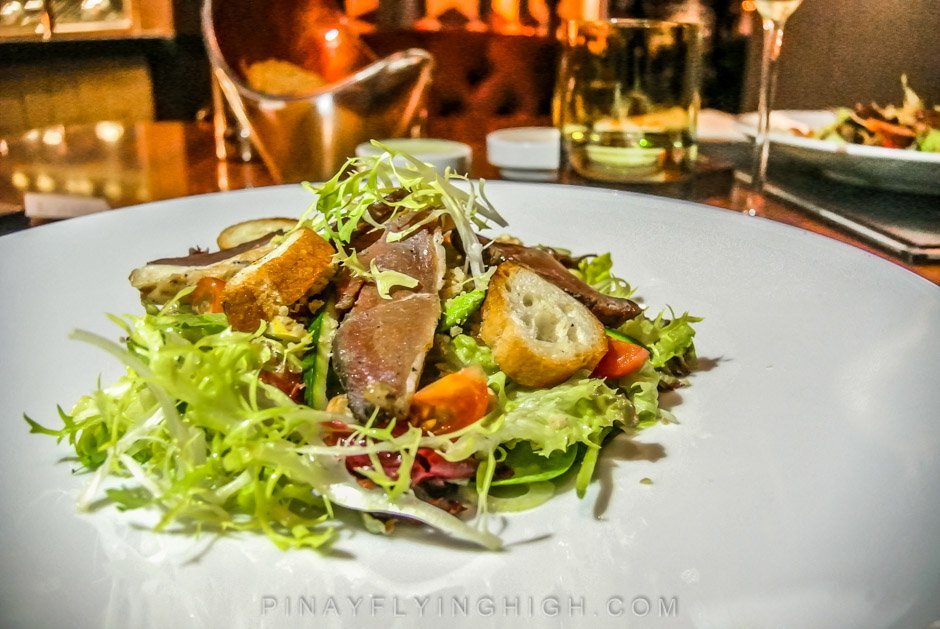 You start with a perigord salad with smoked duck, duck liver, walnut, tomatoes and garlic croutons. As per The Greek Mister’s words “I’ve never liked a salad as much as I love this.” It’s a meal on its own really. I couldn’t get enough of the smoked duck meat.

A raspberry sorbet was offered to cleanse our palate before the many cuts of meat started arriving on your table. The side dishes were delivered first – roast vegetables, shitake mushrooms, garlic mashed potatoes and truffle and parmesan fries. First cut was the beef wellington which was so juicy and tender. A generous portion was given to us and I had to eat only half of it to make room for the rest. I was determined to try all of the meat served on Roast Nights. 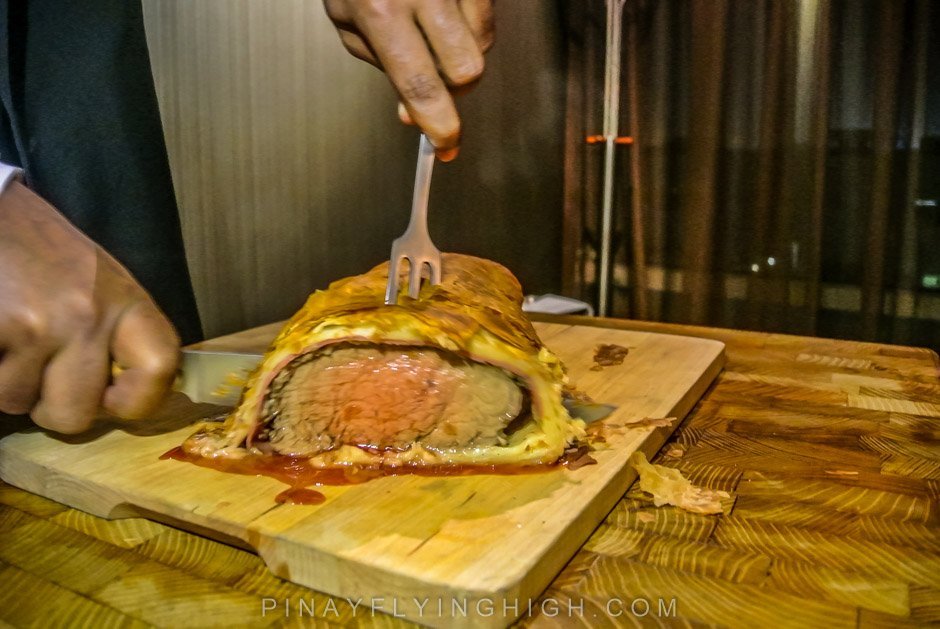 Second cut was the lamb shoulder which looked like the word perfection itself. Good news is, it tasted as good as it looks. Sexy, meaty and just bursting with flavors. The meat was so tender that you don’t need much effort to cut a piece of it. So good! 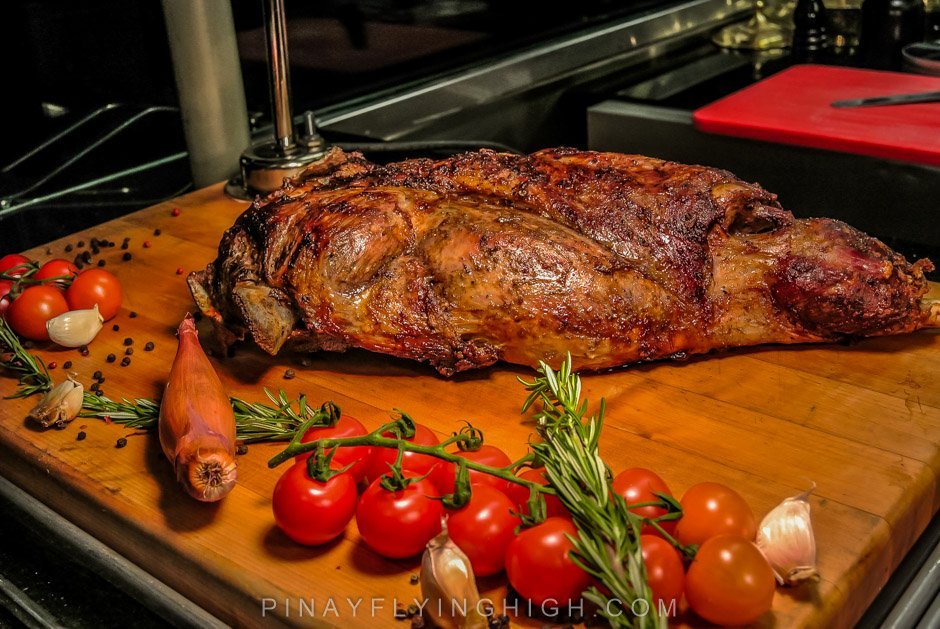 Then came the veal rack, a simple yet elegant roast. We had to ask the staff to cut a smaller portion of it for us since we were already quite full from the first two. The veal rack was pink along the bones and cooked well in the middle but not overly done that it dries out the meat. Yummy!

Last cut was the beef cube roll, The Greek Mister and myself shared one cut as we’re definitely full and we’re just eating this now out of greed. You can’t possibly pass up on this beauty. I felt like we’re doing a crime for sharing a portion of it. We’ll be back for you beef cube roll.

By the end of the meal, a tray-full of desserts was delivered to our table. I just had a bite or two from it and let The Greek Mister’s sweet tooth devour the rest. 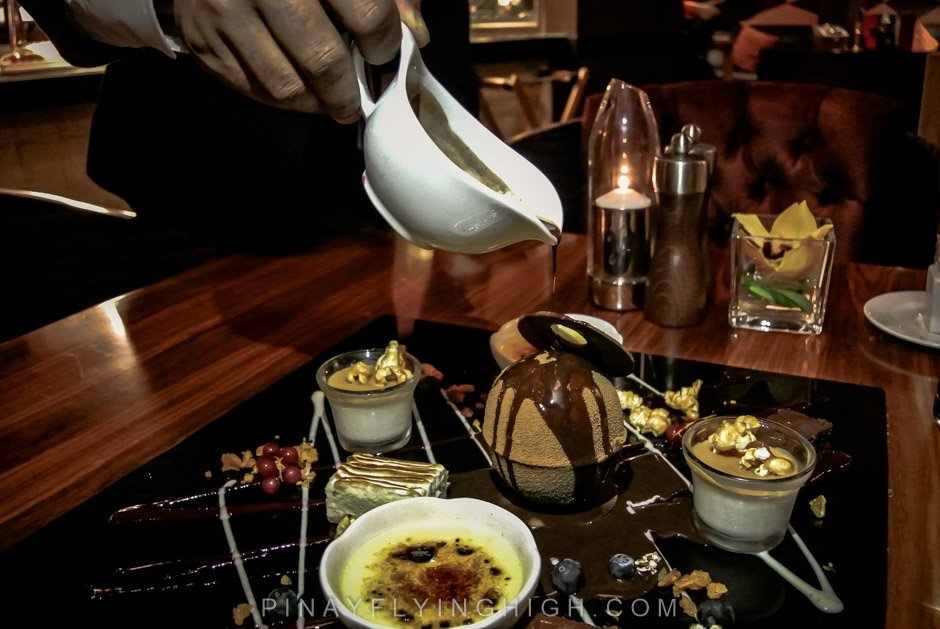 We left Prime with a huge smile plastered on our face – hunger satisfied and taste palate’s very happy too. If you ask me which cut was my favorite, I wouldn’t be able to choose. It would be like asking a parent to choose a favorite child. All of the cuts had its unique flavors that cannot be compared to the others, all I know is everything was done to perfection.

Personally though, I don’t think I will ever go back for Roast Nights at Prime. It was a great meal however, it was just too much meat for me specially for dinner. I definitely and highly recommend Roast Nights to any meat lovers out there though but maybe you should refrain from eating too much before this meat feast which I actually did but still didn’t work. Don’t get me wrong, I will definitely go back to Prime for their single cut portions specially since it’s included in The Entertainer. Thanks for the nudge Intercon! 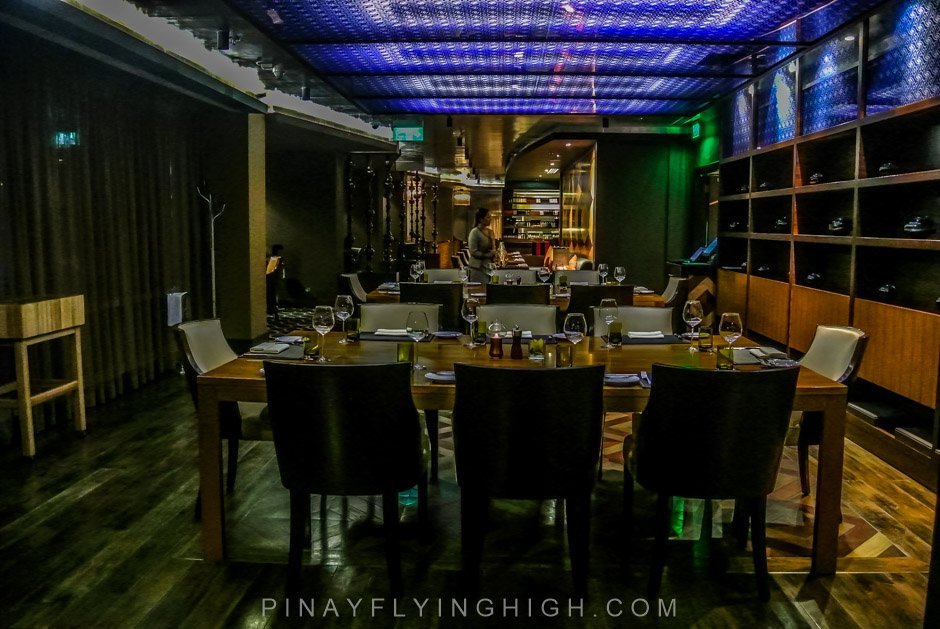 Roast Nights at Prime, Intercontinental Doha The City is happening every third Monday of the month (subject to change). Priced at QR350 per person, you get a 3-course meal with unlimited cuts of meat. Drinks are not included.

I was a guest of Prime to try out their Roast Nights however as always, photos are my own and opinions stated are genuine and in no way influenced. 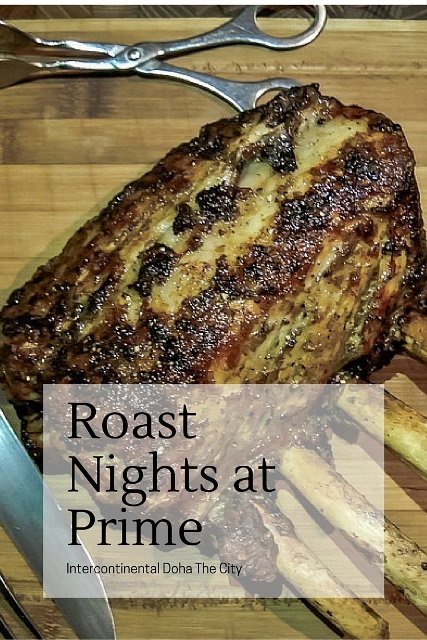 PrevPreviousPool and Beach Access at The St Regis Doha
NextThe Hairdressers From Hell.Next