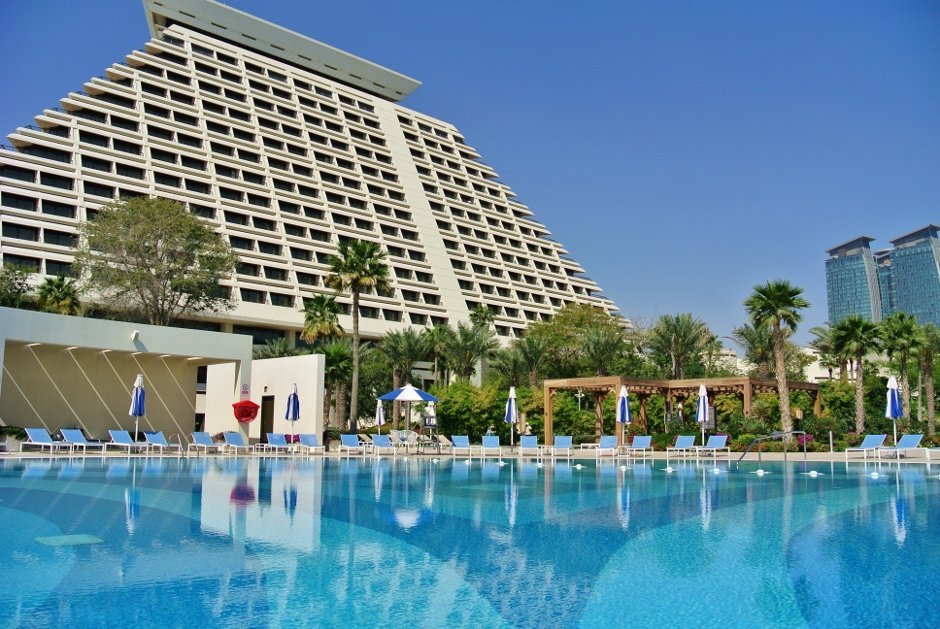 In a few months (maybe even days) summer will be upon us and if you’re living in the Middle East, it’s not really a good news. We only have a few months left to enjoy the perfect weather that we now have so better to make the most out of it. One way to do so is to avail one of the day passes offered by the numerous hotels and resorts in the city, lucky for you that I’m willing to be your guinea pig and try out as much resort access as I can and give you my insight for each property – not that it’s so hard for me to do so.

First resort in the list is the pioneer in Doha, Sheraton Grand Doha. I have to admit that although we’ve been in this property one too many times (mainly to have a meal at La Veranda), I haven’t really seen their pool and beach until yesterday. From the photos that I’ve seen, the pool area at Sheraton Grand Doha looked rather small but photos, in this case can be deceiving as it was a decent size for a pool. It might because we practically had the pool to ourselves up until around 1pm since we visited on a Monday, either ways – I don’t think the photos I’ve seen gave justice to what it actually looks like. And frankly, the photos I have won’t give justice to it either. 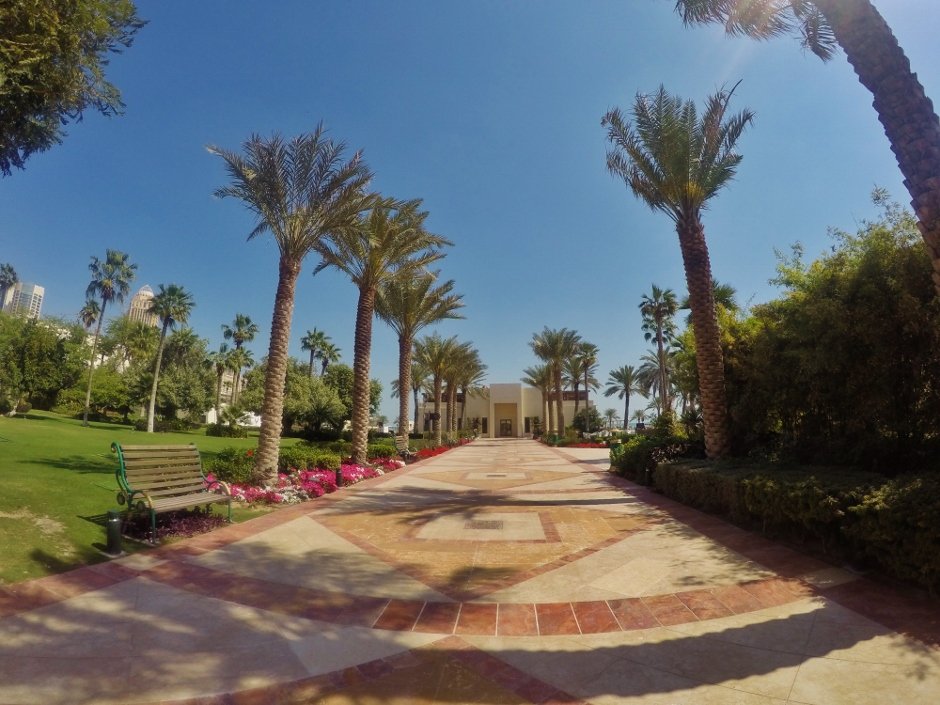 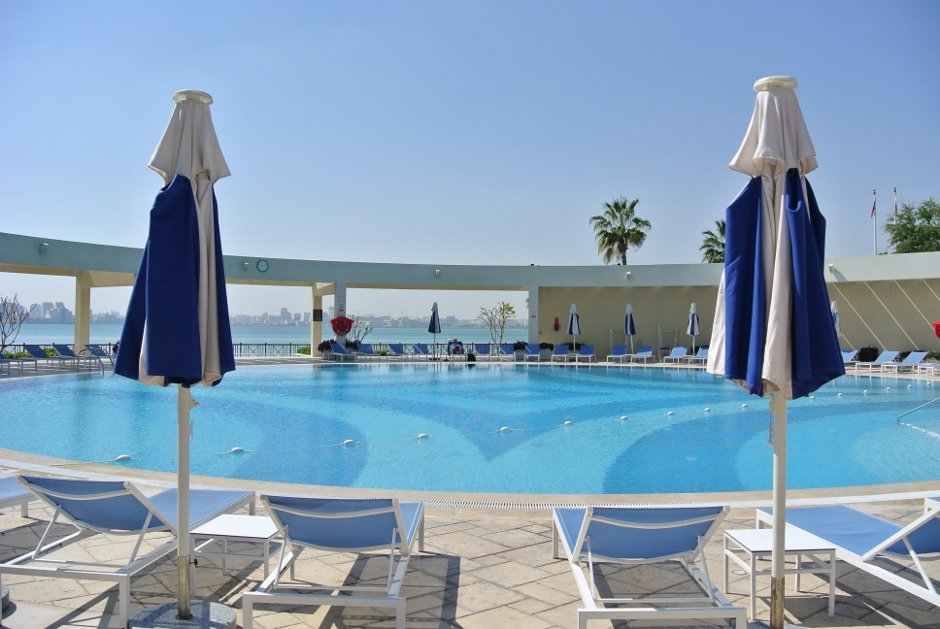 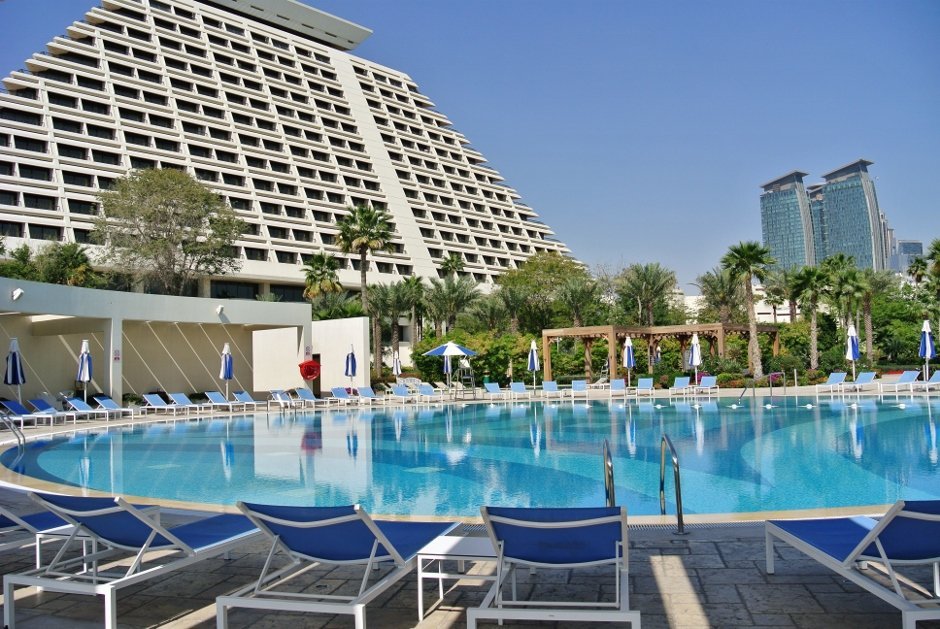 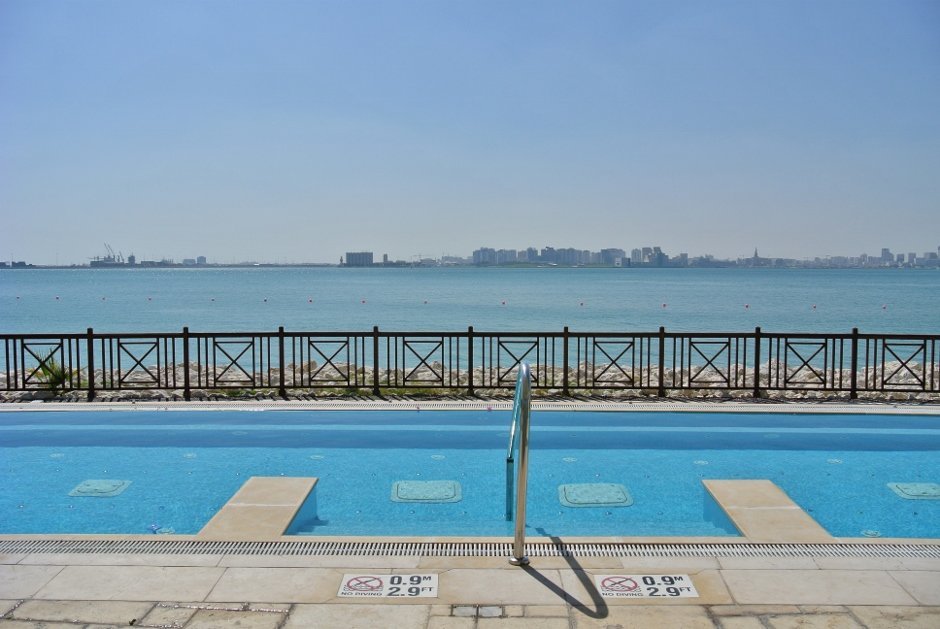 The water was of the right temperature, not hot and not cold. It was a bit windy when we visited and the slightly warm temperature of the water was definitely something we needed that day. I also love the view from their outdoor jacuzzi, the sea and the city skyline of old Doha is mesmerizing. They have two sides for the beach – one small cove and another bigger cove. Both had stunning views and a breakwater surrounding it so the water on each side was very calm. Unfortunately, it was too cold to swim in the sea so we stayed in the pool area. 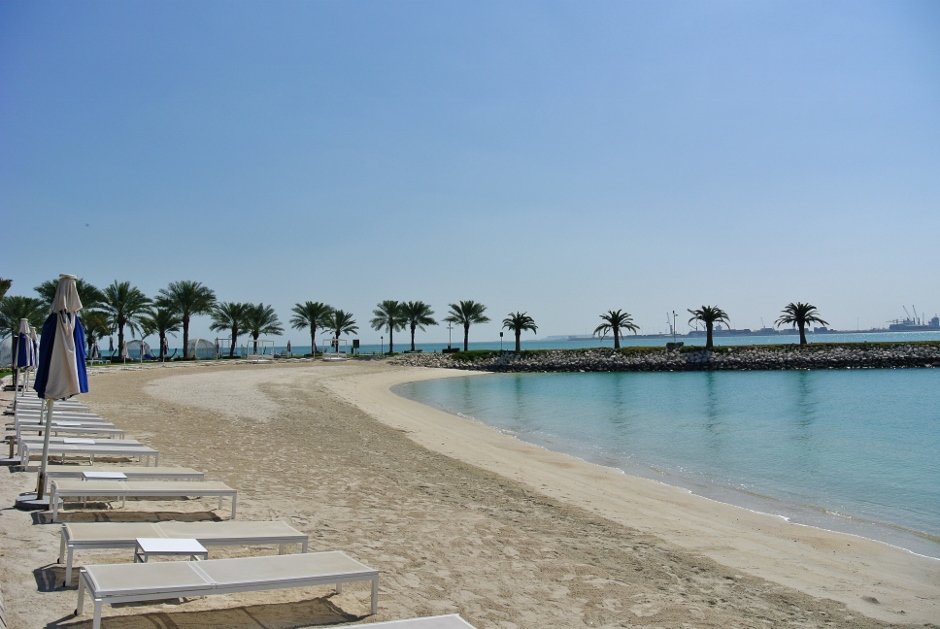 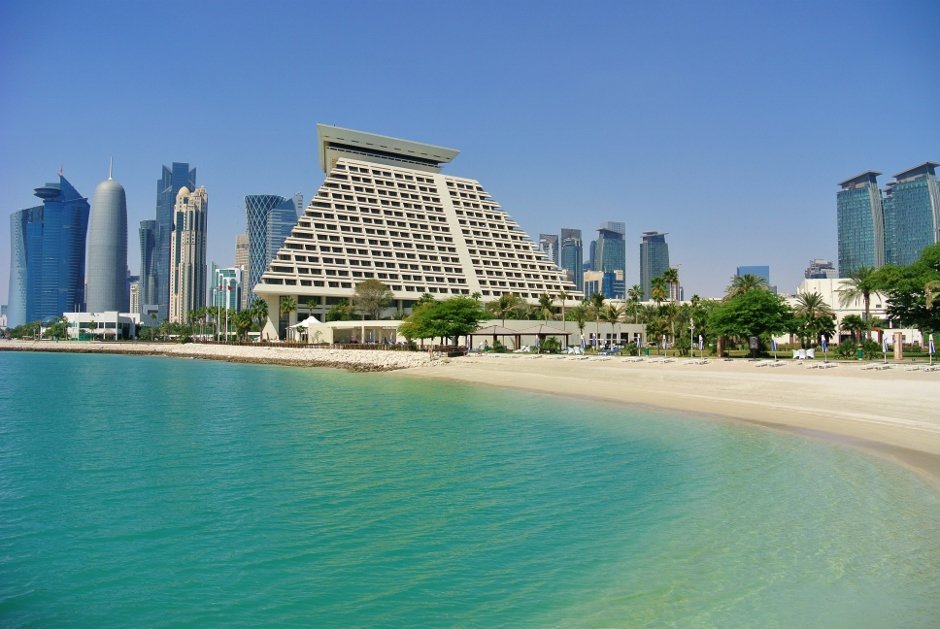 We had our lunch at the Pool Cafe and sat at one of their outdoor dining tables. I wasn’t really expecting good food from it because it’s a pool restaurant after all, they’re supposed to serve stale and forgettable dishes. Imagine our surprise when the club sandwich arrived with heaps of fillings – cooked and prepared close to perfection. It had grilled chicken, turkey bacon, omelet, tomato and cheese. We had a special request to add some lettuce in it which wasn’t a problem for them. Both my friend and I agreed that it was probably the best club sandwich we’ve ever had. 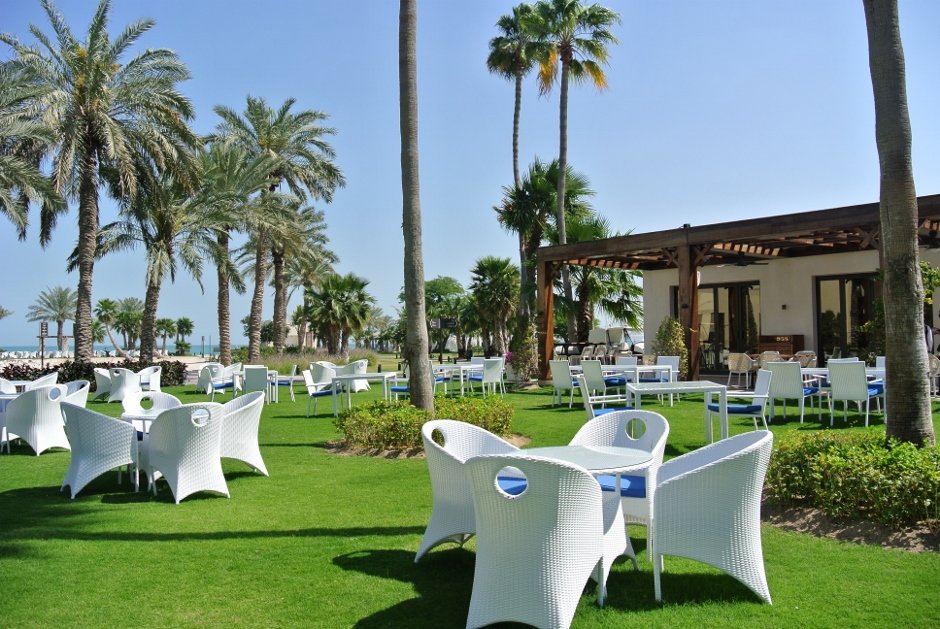 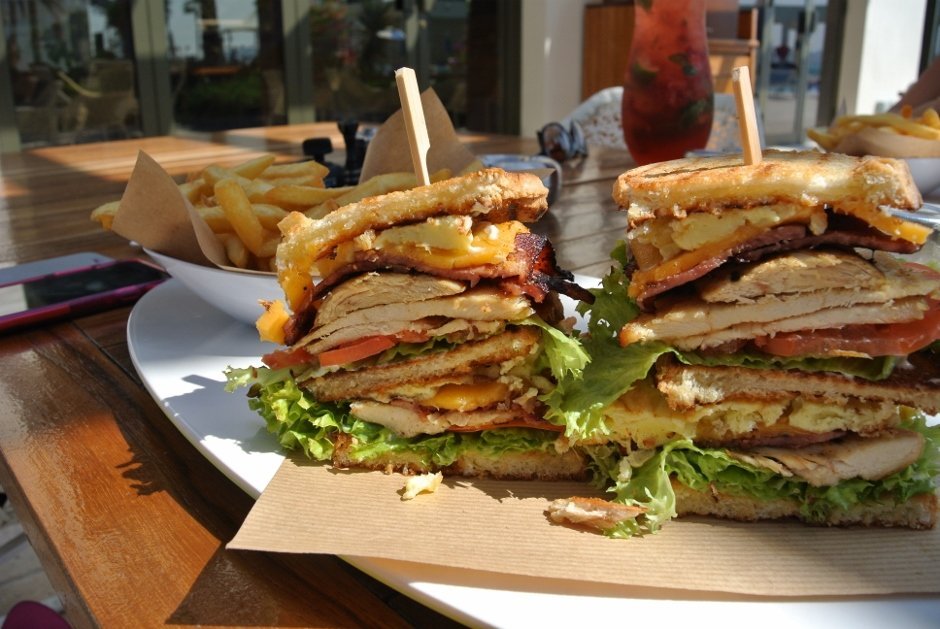 Rate: Outside guests are welcome to use the resort facilities on a weekday. The pool and beach are reserved for Sheraton Grand Doha’s in-house guests during the weekends. Ladies and children (between 5-12 years) can access the resort for QR100 per day while male guests will have to pay QR250 per day. Rate includes complimentary bottles of water.

Food and beverage: Pool Cafe serves light snacks and lunch for the guests by the pool or in one of their outdoor/indoor tables. Club sandwich price was QR75 while the mocktails were priced at QR30 per drink. Alcohol is served. Smoking area available.

My friend and I were guests at Sheraton Grand Doha during this visit however as always, photos are my own and opinions stated are genuine and in no way influenced. Lunch at Pool Cafe was paid for by ourselves. 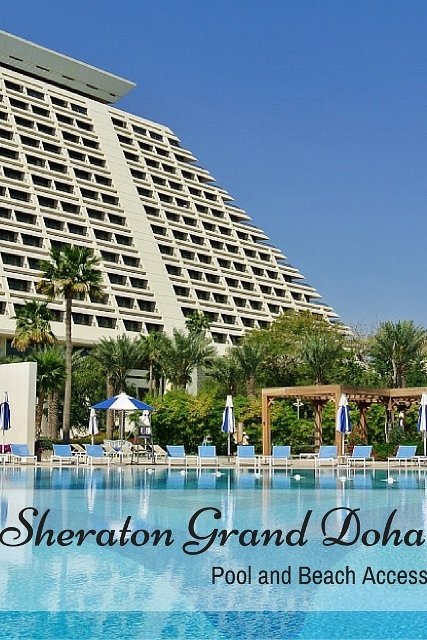 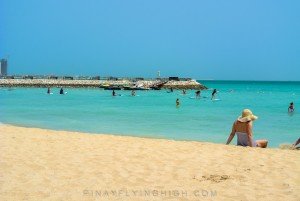 Resorts Offering Pool And Beach Access For A Day in Doha, Qatar. 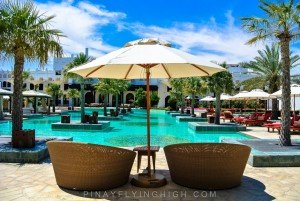 Pool And Beach Access at Sharq Village and Spa 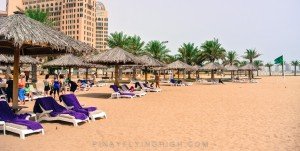 Pool and Beach Access PLUS Stand Up Paddleboarding at Intercontinental Doha 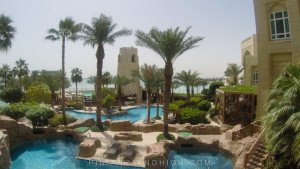 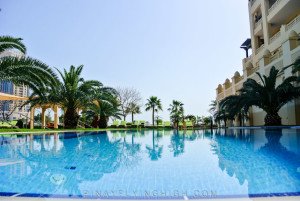 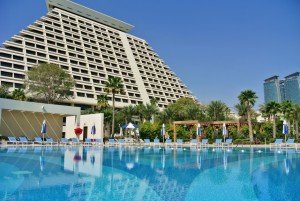 PrevPreviousSeaside Express Lunch at Sawa And A Surprise Birthday Cake Which Never Came.
NextSt Regis Grand Brunch, Is It Just Hype? Or Totally Worth It?Next