Though there has been  a lot of negative reviews about Philippine Airlines in the past, I have always been a huge fan of it and would normally take their flights over all the low-cost carriers operating in the Philippines. However, with our recent experience, I think I will start having second thoughts about it now. But the question now is, if not Philippine Airlines then what? I guess I’ll just have to deal with it on my next holiday to the Philippines but for now, I’ll tell you my story.

Last 10th of March, we were bound to Tagbilaran from Manila via PR2777. The plane departed on time and once we’ve arrived in Bohol, we were informed by the pilot that there’s a plane at TAG airport tarmac facing some technical issues. Due to TAG airport’s extremely small size, it can only allow one aircraft to land at a time so we’ve been going round and round the area of Bohol with the Chocolate Hills below us. I don’t really mind the delay as long as we’ll get to our destination somehow besides, I was enjoying taking aerial photos of the Chocolate Hills from my seat which of course I have failed miserably. 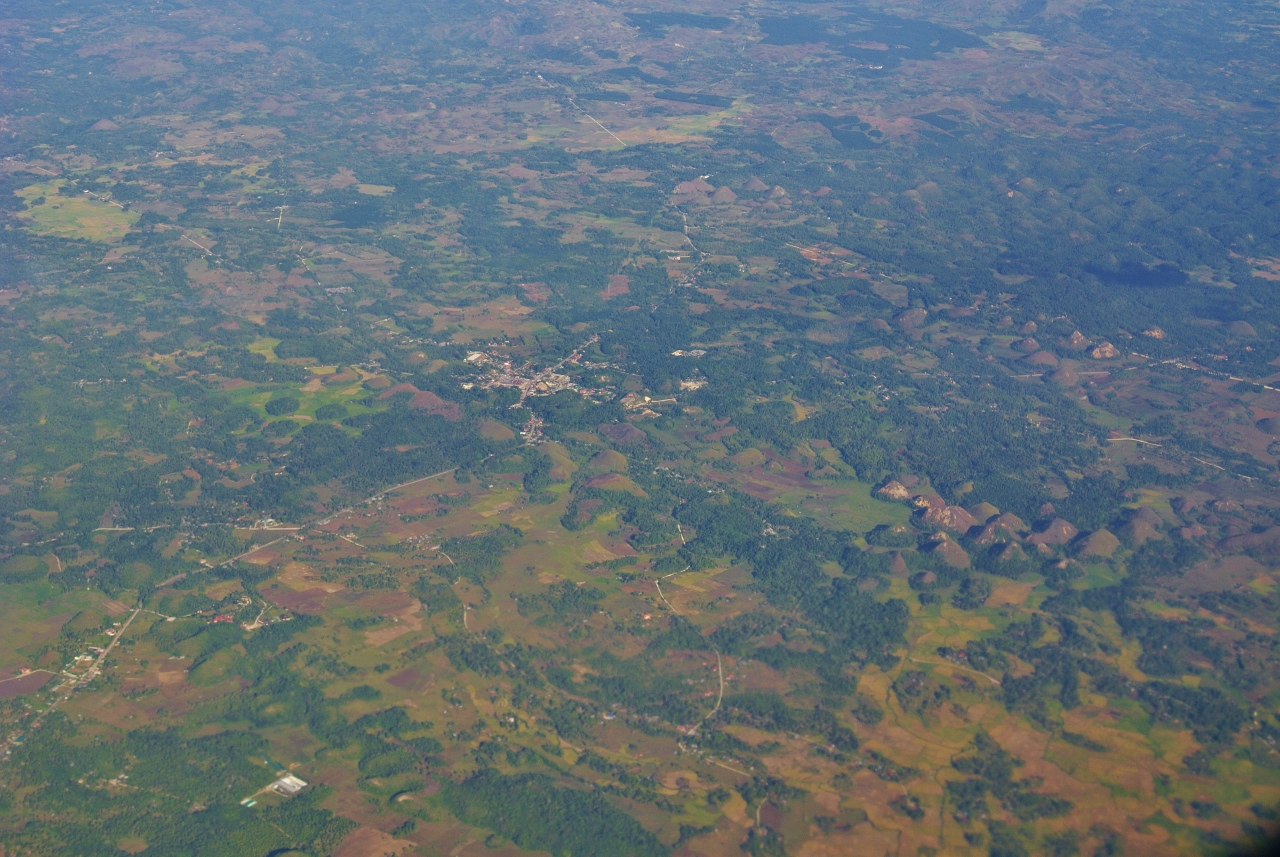 Can you see the series of hills?

After about 45 minutes or so of going around, the pilot announced that as the plane was running out of fuel and since TAG airport also does not have the facility for a night landing, we needed to go back to Manila. When I heard that announcement, I swear I thought he was kidding and that he will go on the intercom again to say the same.

This is your captain speaking, I’m just kidding. We’ll be landing to Tagbilaran shortly. Cabin crew, prepare for landing.

No such announcement happened and my heart broke when I felt the plane making a U-Turn of some sort. But still, I was hopeful and thought that we will be taken cared of by the airline. All I needed to do was to wait for the announcement of options that we have for this mishap which neither the airline nor the passengers are at fault. Clearly, the nation’s flag carrier will do something to take care of their paying customers.

Once we’ve landed in Manila, the announcement was loud and clear: passengers will be offered a free change of ticket to any destination where PAL flies to within the day or to change the ticket for tomorrow’s flight to Tagbilaran however, IT WILL BE ON A FIRST-COME FIRST-SERVE BASIS. With those last words, you can probably expect the chaos it brought inside the plane with everyone trying to get out of the aircraft as fast as we all can to get those seats. Seats which technically we all have paid for but for circumstances which weren’t entirely our fault, we are now going to beg for.

I didn’t like the fact that Philippine Airlines offered these choices in a take-it or leave-it manner. The mishap wasn’t their fault and this is the best they can do and we, the passengers should be grateful that they were even going to offer this to us. There was no offer of a hotel stay, a transfer, a meal nor an option to take other airlines which is actually the standard operating procedure of an airline when faced with these kinds of things.

As there were no options as such, our plan was to take a flight to Cebu that night and we’ll just take a ferry to Tagbilaran the next day. The queue was long and while we were waiting, I noticed that the foreigners were being lead to a different counter. I ignored it and thought that maybe, most of them wants to do something which may be too complicated for the staff at the counter. As we were nearing our turn, I was hearing the staff rejecting some of the passengers for the next day’s flight to Tagbilaran advising them that it’s already full. It made me a bit nervous because that means that a lot of other people might think of doing the same plan that we have and we’ll then lose seats.

Finally, our turn came after an hour of waiting. We requested for our flights to be changed to Cebu for that night and the staff, proudly told us that WE HAVE BEEN PRE-BOOKED FOR THE NEXT DAY’S FLIGHT TO TAGBILARAN. He was so happy to say it to us thinking that we’d thank him for it but I think it was completely unethical and totally uncalled for. My theory that they were treating foreign passengers a lot differently than the Filipinos was right. I can only assume that it’s all because of the Greek Mister’s nationality that we have been pre-booked for the same flight that they were denying passengers who were in line before us as it was already fully booked. What happened to the first-come first-serve basis statement that they mentioned? I was not happy at all because of all the things that I hate, it’s racism which I detest the most. We are in the Philippines for crying out loud, if Filipinos can’t be treated fairly in their own country then there’s really no hope for us. What if my husband wasn’t Greek? I bet I will be subjected too to this racial profiling in effect that day. It wasn’t a pretty scene at the airport that night, they really did piss me off. The racism they showed was more upsetting for me more than the rerouting of the flight and the lack of options offered by Philippine Airlines to their passengers for this mishap. I felt sorry for the old man who was begging the staff at the counter to give him a seat for the flight that we were pre-booked in.

Still in a bad mood, we finally took a flight to Cebu which resulted for us to spend more than what we have already planned for for our holiday. We had to pay an additional one night stay in Mandarin Plaza Hotel Cebu (PHP2142.86), our CEBTAG Ocean Jet Ferry the next day (PHP500 per person) and we lost the one night stay that we have booked in advance at Amorita Resort in Bohol which was already non-refundable (PHP7189.43 per night). I don’t know about you but it is a lot of money for me which I’m pretty sure Philippine Airlines will never cover.

I sent them an email a week ago and I still haven’t received a reply. I doubt they ever will or if they will, they’ll probably just give out some lame excuse to what happened so I’m not really keeping my hopes up on that. Their email address was wecare@pal.com.ph – I had to laugh at the irony of it all because clearly, they don’t care.