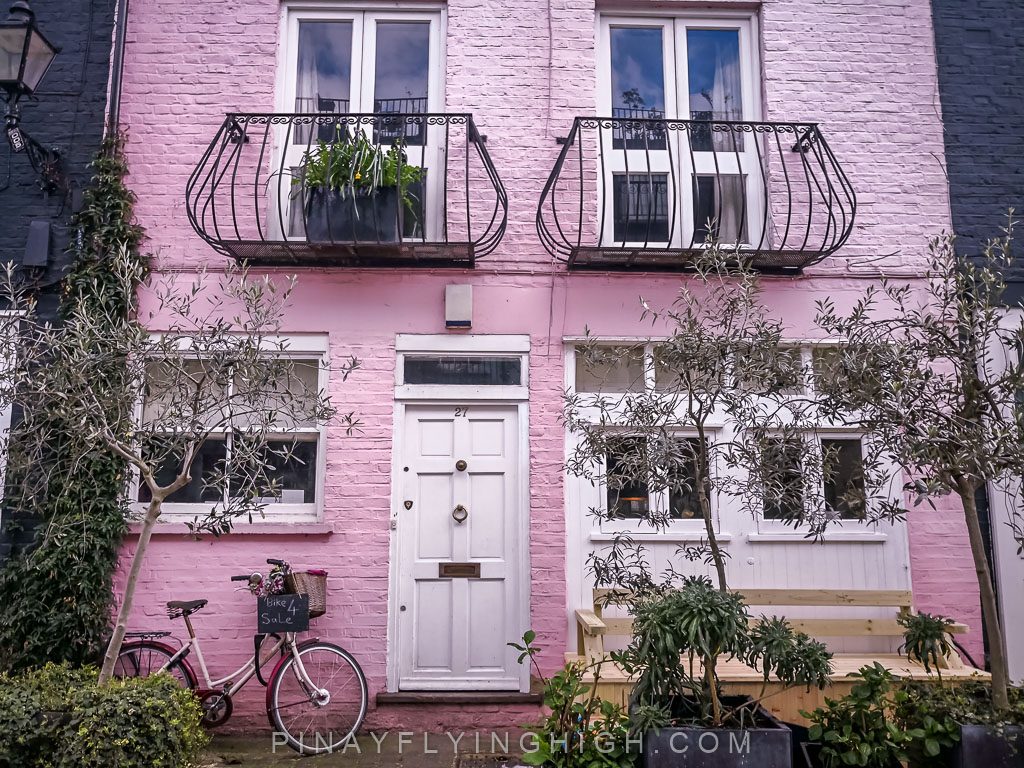 One of the many things I love about being a blogger is becoming a part of a community which shares the same obsession of our chosen topic, in my case it’s travel. I have become friends with some awesome people that I wouldn’t have known if not for the travel blogging community that I’m a part of. The friendly relationship will normally start online as you get to know them through their blogs or Instagram posts and when you finally meet each other, it’ll feel like you’ve known each other for so long.

I’ve met so many travel bloggers during my trips and the latest I’ve met is Toni of Enchanted Serendipity, better known as the film location guru of the travel blogging community. I first met her during our recent trip to Melbourne and when she decided to spend her (Australian) summer holidays here in the UK, we immediately set a date to meet each other in the pretty neighbourhood of Notting Hill where she’s booked her hotel accommodation. Of course, a film location walking tour led by her is imperative with two of the most popular London-based rom-com films shot here – the movie Notting Hill (obviously) and Love Actually. 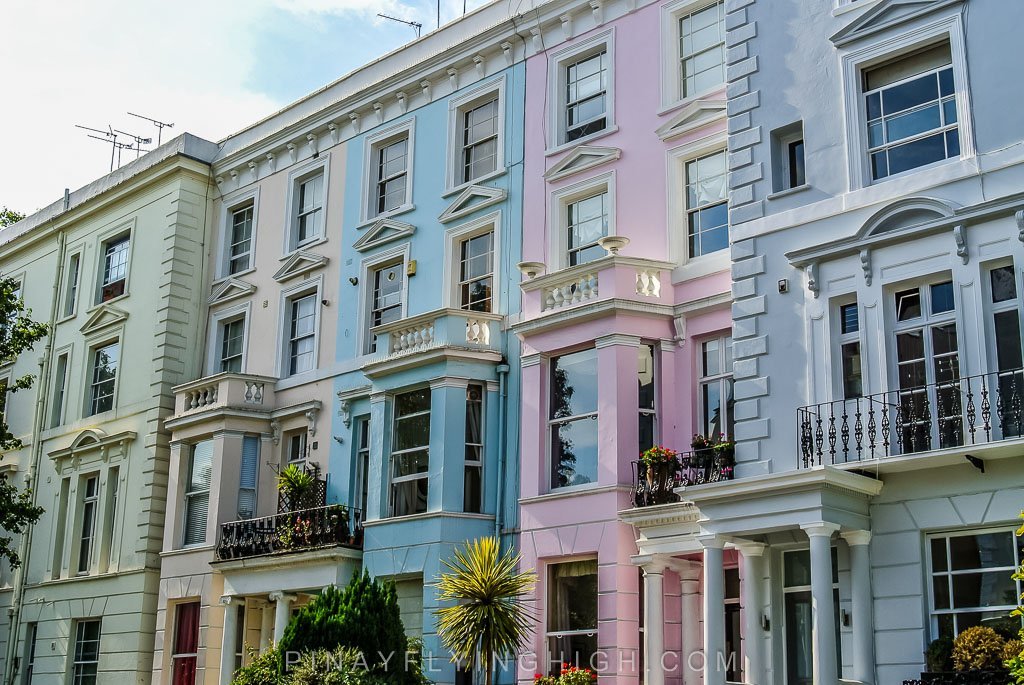 Notting Hill’s quintessential British quaintness and appeal is undeniable. I remember seeing it for the first time when I visited London as a tourist in 2012, I was blown away simply because it’s more attractive than I expected it to be. When I moved to London, it is still one of my favorite places to go to – to show around visiting friends and family or have a meal. I always try to avoid the busy weekends when it’s crowded with tourists because I love walking around and exploring its many mews without having to deal with a huge crowd. 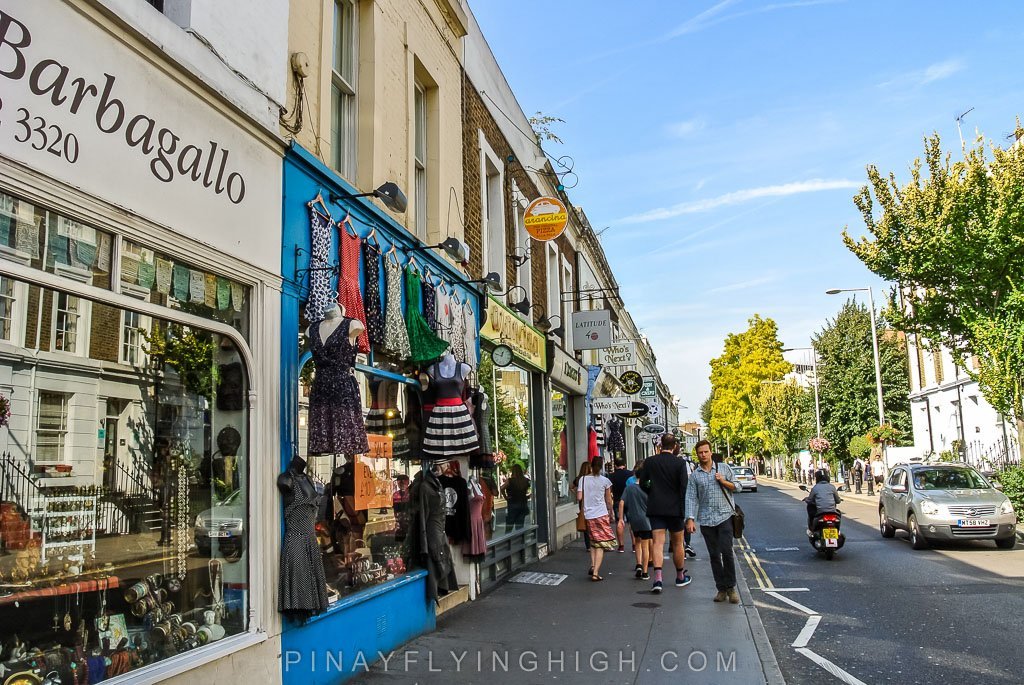 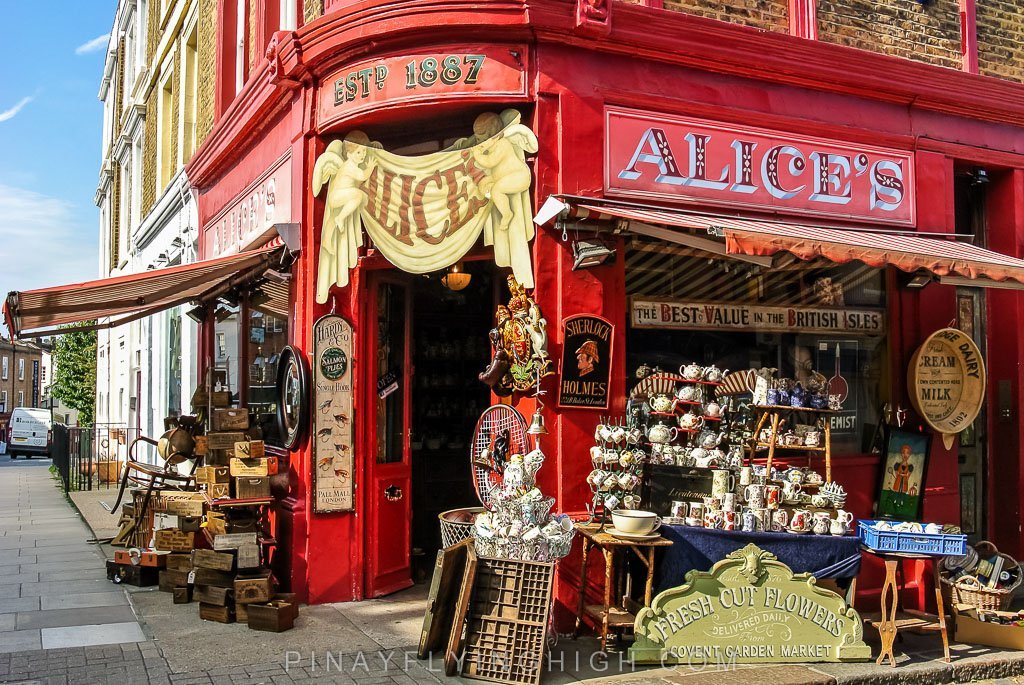 Our first stop in this Notting Hill film location tour was the Portobello Road, famous for its weekend market which is also featured in a lot of the scenes of the movie Notting Hill. In the opening scene of the movie, William Thacker (Hugh Grant’s character) walks along the buzzing Portobello Road Market on his way to the bookshop. It was empty when we went there on a Monday afternoon but if you visit it during the weekend with its numerous outdoor stalls, it’s vibrant, crowded and lively. 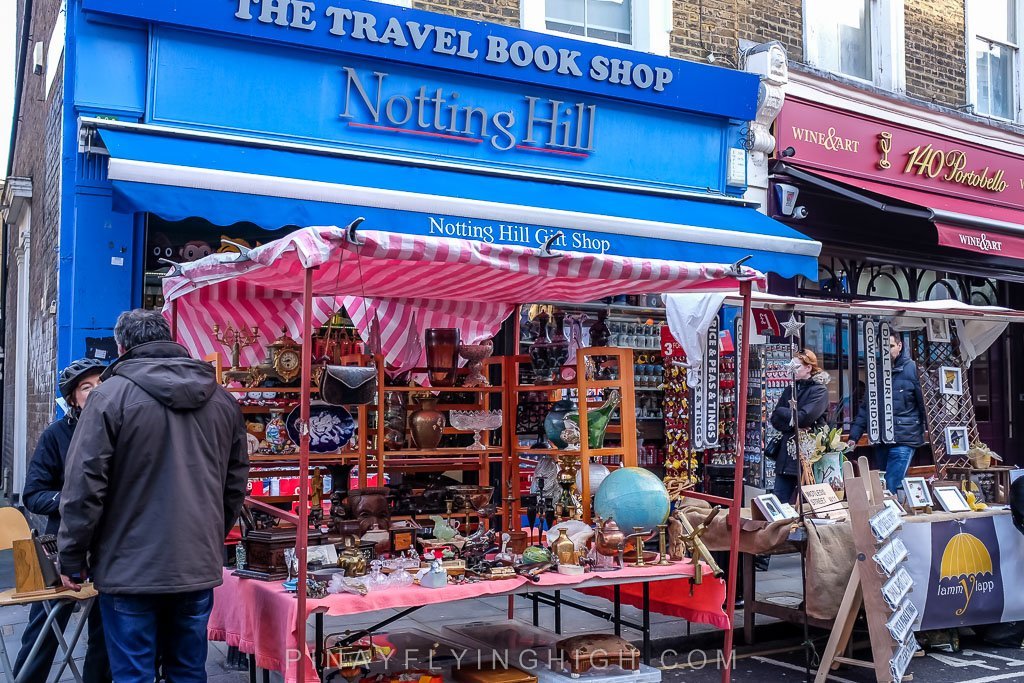 Our next stop was Thacker’s Travel Book Co. which is located in 142 Portobello Road. There was never a book shop here as it used to be antique store then a furniture store. Nowadays it’s a gift shop and the owner banked on the movie itself and called it The Travel Book Shop Notting Hill. 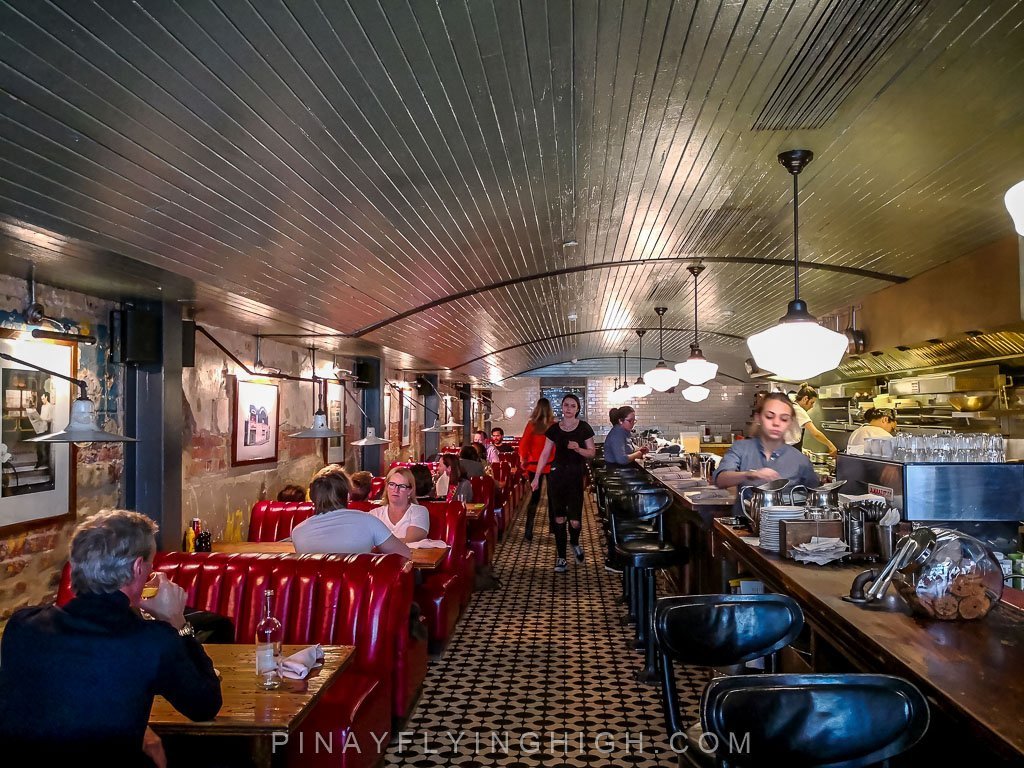 We had a break from the walk and had our lunch at Electric Cinema Diner. It’s mostly for us to have a proper catch up instead of walking and taking photos all the time. It’s a cute diner and the whiff of the smoke coming from the food that’s being cooked in their open stove made me hungry immediately. 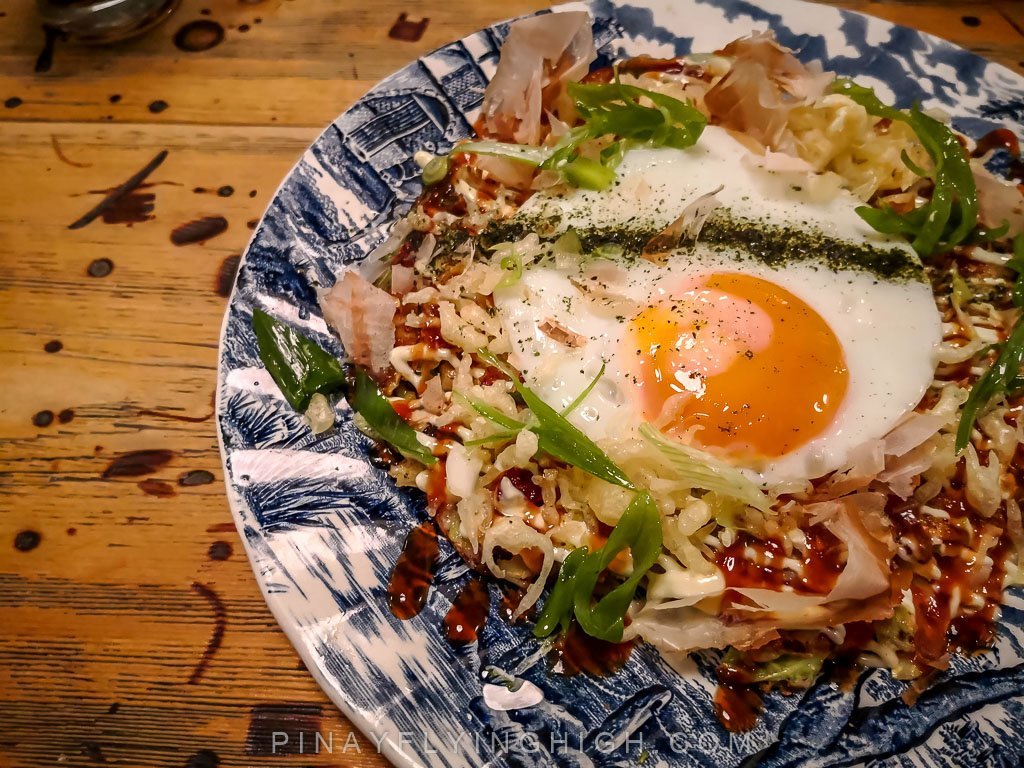 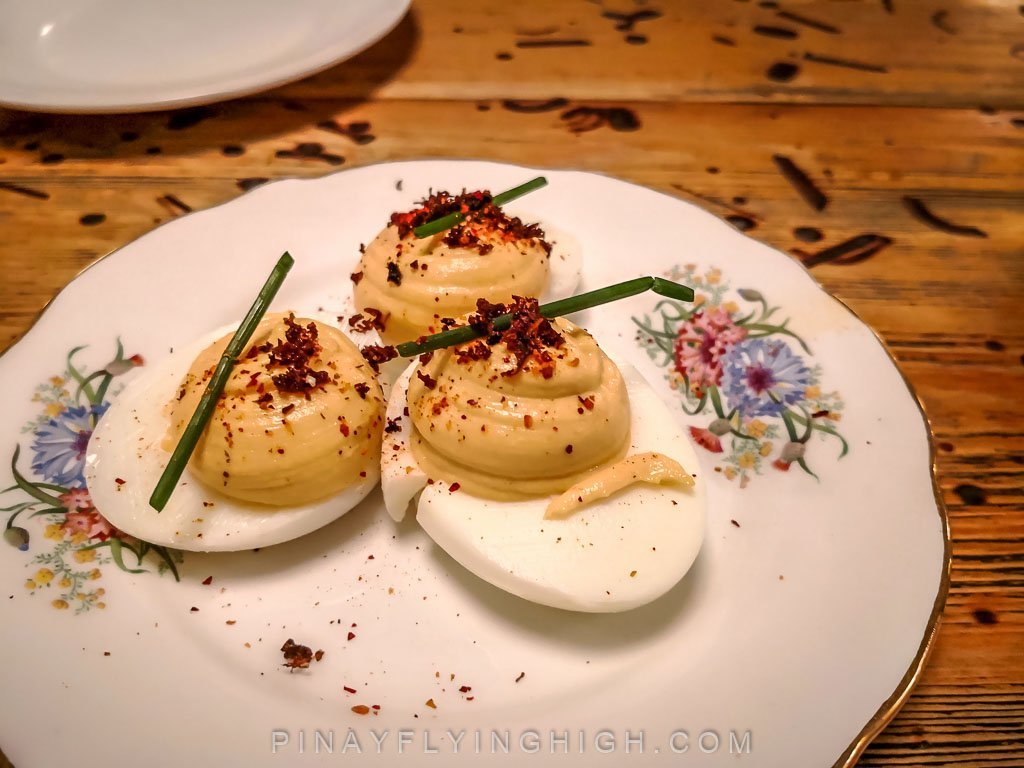 After lunch and lots of catching up, we went to the famous blue door which ultimately became a Notting Hill stamp. When I think of the movie or the place itself, it’s always the blue door that pops in my head. The door is located at 280 Westbourne Park Road which would be quite confusing for some people because it’s literally just a door. The house was owned by the movie’s screenplay writer and the original door was sold at an auction when the movie became popular and fans would write their names on it. When the new owner installed a new door, they initially painted it black to not attract so much attention but then at some point it became repainted to the blue that we all love and expect it to be. Unfortunately though, neither Hugh Grant nor Julia Roberts used that door because it’s not the original anymore. :p 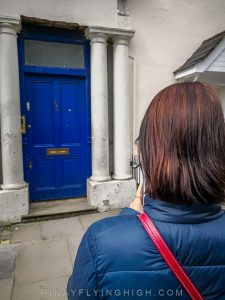 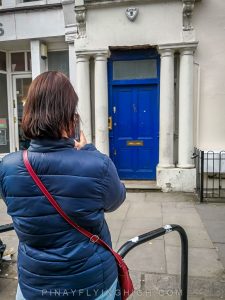 We then visited 27 St Luke’s Mews which I think is the prettiest building façade I’ve ever seen. It is here where “to me you are perfect” scene was shot from Love Actually. It was so pretty that I think I’ve taken more than a dozen photos of this door from every angle. 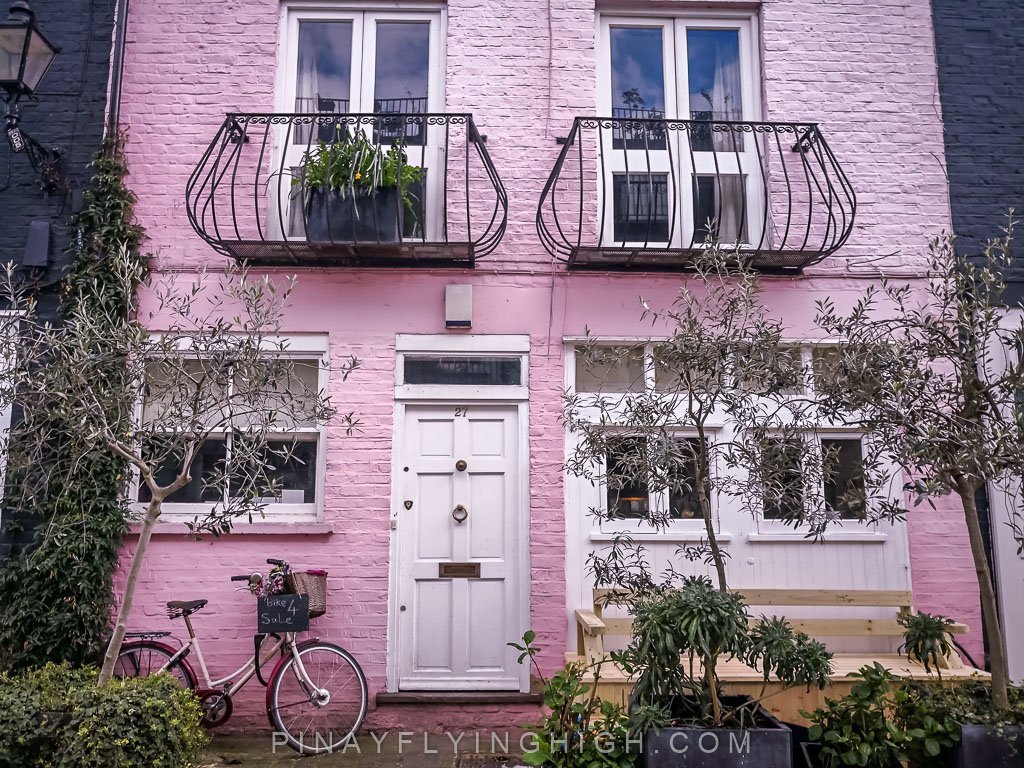 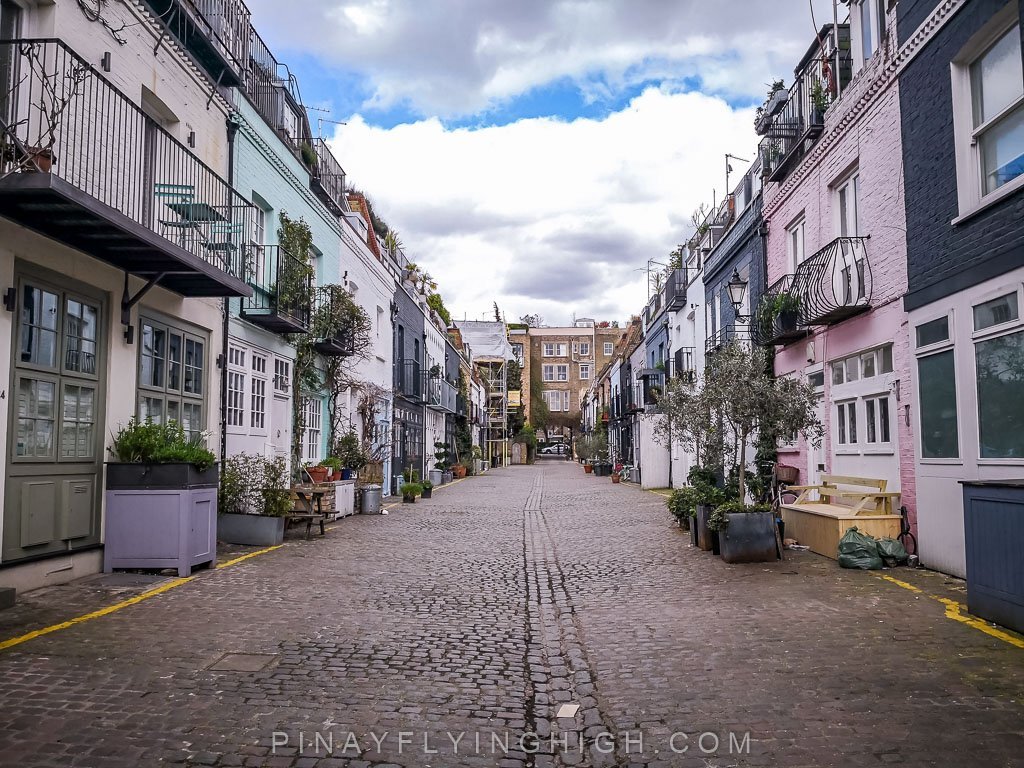 Rosmead Gardens was our next stop, WHOOPSIE DAISY came to my mind as it’s from the scene shot here where I learned that expression. Rosmead Gardens is the garden that Anna Scott (Julia Roberts’ character) and William Thacker broke into after drinking a little too much at a dinner party. The hedges were cut so it was completely bare when we went there, quite disappointing as I still had that famous scene clear in my head when it was all covered in thick bush. 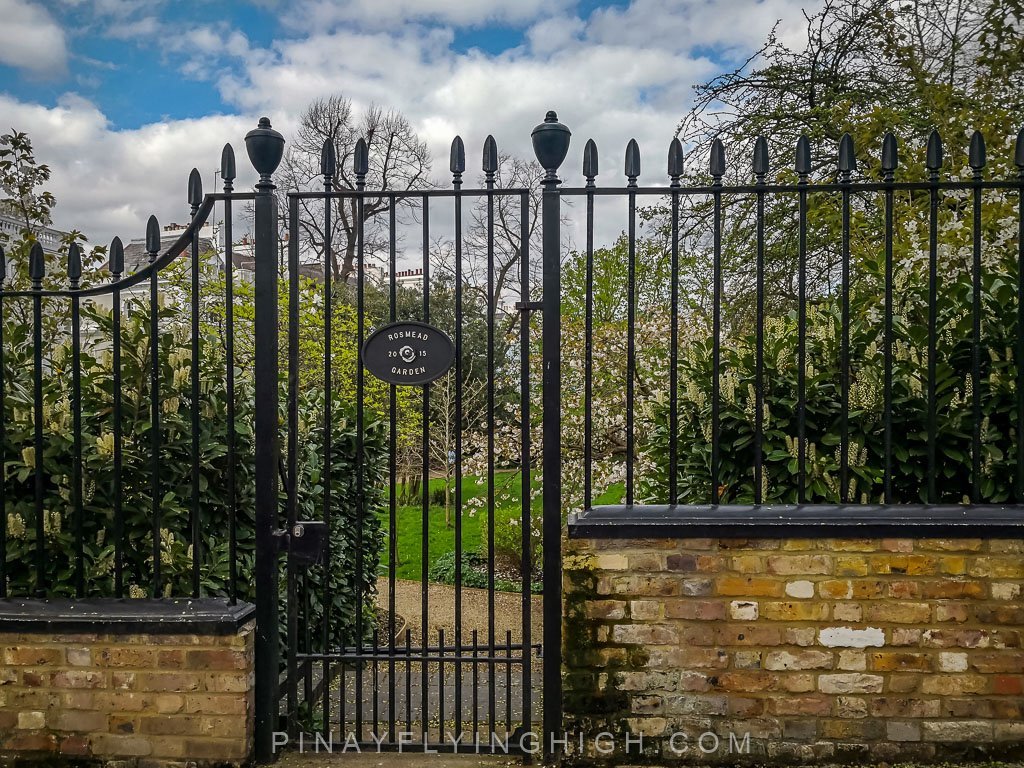 Our last stop was 91 Landsdowne Road where Bella and Max’s house is located, this is where William Thacker brought the famous actress as a date in his sister’s birthday party. 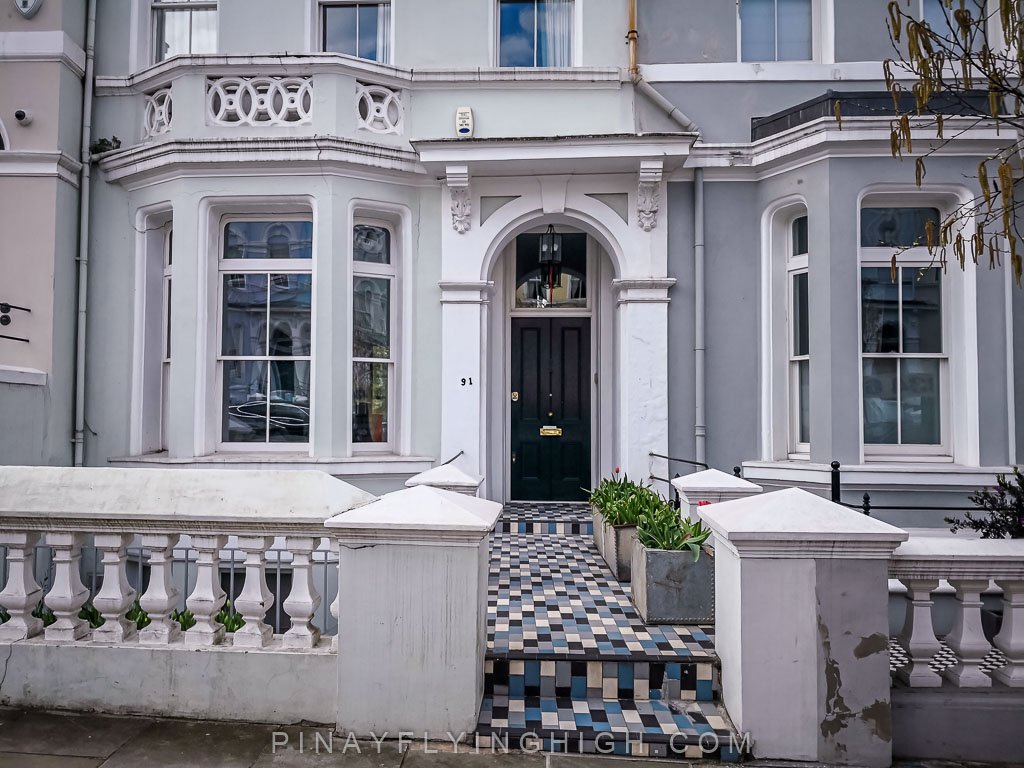 After this walking tour, I actually found it quite interesting to hunt down the film locations of my favorite movies. There’s a sense of thrill and familiarity when you see a place that you’ve seen in a movie. For someone who grew up in the Philippines, the thrill of seeing a Hollywood movie locations set in London is much more exciting!

Toni and I parted ways after the last stop, it was a quick meeting but highly enjoyable. I had a glimpse on how she does her research for film locations when she travels and it’s always good to catch up with her. 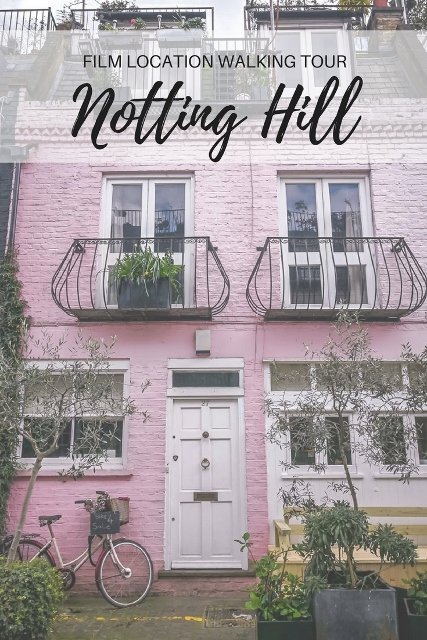