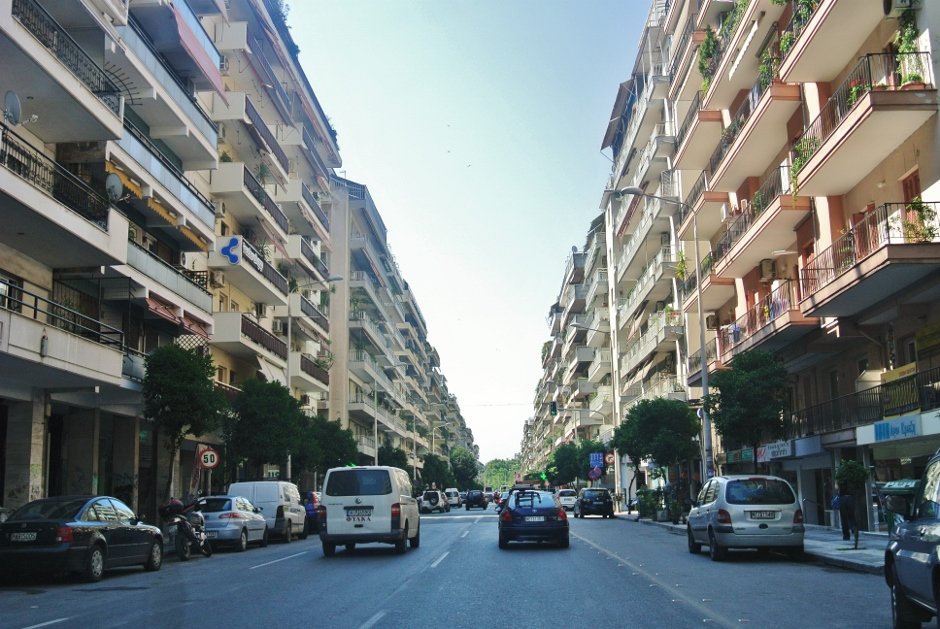 During this trip, I have seen some remarkable sceneries, fantastic beaches and wonderful places in some of the Greek islands that we’ve visited but it was meeting the boyfriend’s family which I consider as the highlight of my trip.

I have been with the The Greek Boyfriend for almost 5 years now and this trip was our second time to go to Greece. I have met his parents during the first time that we were there but it was a very quick and random meeting. So for this holiday we’ve decided to spend a night at their house to formally be introduced to each other. I must say that I wasn’t very psyched with the arrangement, in fact I was terrified. I have never met a boyfriend’s mother and frankly, I’m not even sure what to be like when meeting one. Is there a code of conduct that I must follow? Should I be bringing gifts? What gifts are considered imposing and the ones that are not? What gift says “I come in peace”?

I ended up bringing a Patchi chocolate for his mother from Dubai which turned out to be a very good decision as she loves chocolates. I thought to myself that a chocolate doesn’t say anything really but just that I remembered to bring her something. It’s also not very imposing because trust me, showing her that I am trying to win her over is not really my cup of tea.

Never have I imagined that meeting the Greek boyfriend’s family for a night will be the highlight of this trip for me.

We arrived in Thessaloniki at around 6 in the evening and by the time I got out of the car, I could feel my heart beating so fast and so strong that I suddenly had the urge to throw up. I was so nervous more on because I’ve no idea what to expect or what to say when I finally meet his parents. The Boyfriend was totally oblivious of what I was feeling as I did a good job hiding my nervousness. I walked in the elevator still feeling jittery and when the doors opened to their apartment, I heard myself whisper “here goes….”

I extended my arm for a handshake to greet his mother which went unnoticed and ignored. Instead, a warm big hug and a kiss in both cheeks welcomed me. I managed to say kalimera but the sound of my voice was drowned from all the imaginable Greek greetings that somehow got me lost in translation.

I do know the responses to those greetings but I felt like I swallowed my tongue as I wasn’t expecting such welcome. At that point, I somehow already knew that I was in for a treat. The warmth, love and the hospitality emanated in their house. The atmosphere was very vibrant even if it was just the 4 of us at the time. His mother was an epitome of a Greek goddess – dark black hair, deep-set eyes, fair smooth skin and a very lean built. After all the greetings she asked the inevitable: eh Noemi, do you want coffee? The Greeks love their coffee as I have already mentioned on my previous posts, I politely declined the offer because at that point in time I only wanted to do one thing – to take a shower since we’ve been traveling the whole day.

All fresh and showered, I went out to their balcony to join the boyfriend and his mother having a frappe. His mother then brought the family photos out which made me excited! I thought that these kinds of things happen only in movies – there I was, sitting beside The Boyfriend’s mother as she flips through the photos of the boyfriend when he was still but a child. She can speak English yes, enough for me to understand what she’s trying to say and somehow we managed to have a conversation of our own without the boyfriend’s translations which I think was crap anyway. The Boyfriend will translate 5 whole sentences down to two words, it’s not really rocket science to understand that he’s not very good at it, yes?

At some point, it was The Boyfriend’s turn to take a shower so it was just me and his mother at the balcony for quite some time. I was no longer feeling nervous nor jittery in fact, I was enjoying her company. She showed me some more photos and asked me about my family. I was surprised that she knows a lot about my family, it’s a nice feeling that she took time to know me more. All these small talks transpired while the sun sets in front of us from their balcony. I was enjoying our conversation and didn’t even realize that the boyfriend was back from his shower.

The seaview from their balcony.

They called The Boyfriend’s grandparents who live in the same building to join us afterwards. I was very excited to meet them as The Boyfriend couldn’t stop talking about them. A few moments later, the doors swung open and a lively Greek chatter filled the room. All the words were directed towards me which I unfortunately could not understand but I do know that they were happy to see me. The kisses, the hugs, the smile and the radiance in their eyes all say one thing – they were looking forward to this meeting as much as I was. I was overwhelmed.

I thought that the Greek hospitality was just a cliché made famous by Hollywood. In reality though, Hollywood cannot even show the reality of this genuine warmth and hospitality of the Greeks. Not even close. The grandmother insisted that I call her yaiya which is Greek for grandmother and the grandfather insisted that I call him papou, Greek for grandfather. Yaiya had a bouquet of flowers for me and I was feeling so bad that I had nothing for her. I am not a fan of flowers but these flowers that I’ve received from yaiya are now dried up, kept in a frame and displayed in our living room.

The whole night was filled with laughter, fun and just pure love. I didn’t feel like I was an outcast nor did it make me feel awkward as they all were making sure that I was alright. Before this trip, I never bothered to learn more Greek words but while I was spending the night with The Boyfriend’s family I had this inclination to learn Greek as fast as I can for me to be able to converse with them more and listen to their fascinating stories and not just get the shortcut version from The Boyfriend’s lose translations. At the end of the night, yaiya gave me the biggest hug I have ever received and told me with much gusto: Noemi, s’agapo poli poli! (Noemi, I love you very very much!) I said the same thing to her and it delighted her, but not as much as it delighted me. Greeks are famous for being very demonstrative and affectionate but you really have to witness it because they show these to you in a very genuine way, they truly mean it.

Meeting The Boyfriend’s family really was the highlight of this trip for me. I felt so grateful that his family did not only accept me in their home but they have welcomed me like I was a part of theirs. Like a long lost family member who went on a big trip and have just recently returned home. The graciousness, the hospitality and the genuine love they showed me was remarkable. I have never felt so accepted by a family other than my own until I met them. Truly, the Greeks are beautiful people with warm hearts which will definitely make you fall in love with Greece even more.

Yaiya’s bouquet of flowers and myself. 🙂

P.S. I’m very happy to announce that The Boyfriend is now The Husband. We got married in 2014, a year after this wonderful meeting with his family. 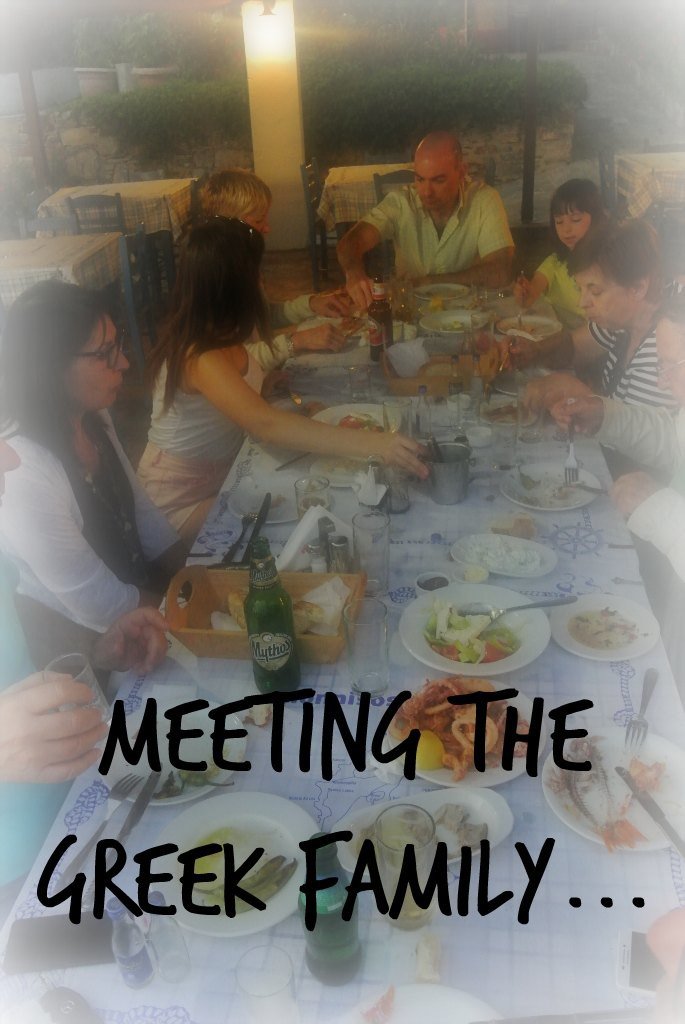