Athens, Greece | A Taste of Greece in Mana’s Kouzina-Kouzina 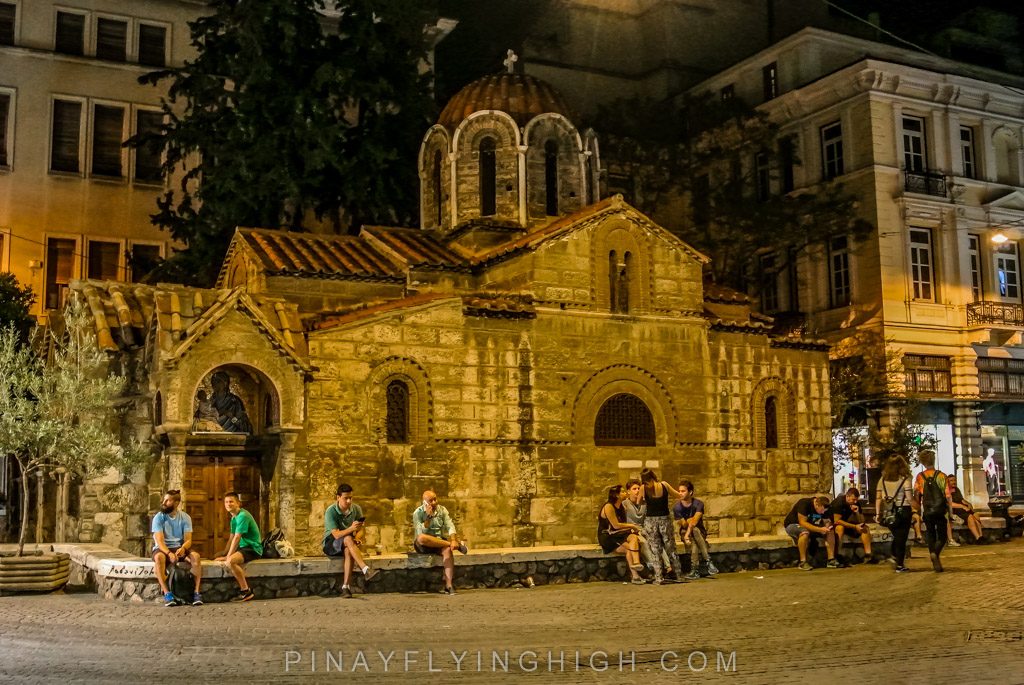 I’m a huge supporter of small and family-owned businesses. Whenever I travel, I always try to find local establishments be it a hotel, restaurant or anything else that I might need. I stir myself away from huge corporations or brands because I believe that by doing so, I’m able to make a difference in my own little ways – support those who really need it and not the huge brands.

Thankfully, Greece in general has a lot of these scattered around the country. Athens in particular has hundreds or maybe even thousands of small shops that are trying hard to survive the crisis that they’re in. One of which is Manna’s Kouzina-Kouzina, located in the hip and vibrant St Irene Square at the very heart of the city.

I was invited to try it out and having read their philosophy of only using and selling Greek products and ingredients there was no saying no to it. However as we all know, it’s one thing to support local restaurants but it’s another thing if that restaurant delivers great food and satisfy your taste palate. I’m very happy to say that Mana’s Kouzina-Kouzina exceeded my expectations.

It’s not your ordinary Greek restaurant which serves a typical taverna-style dishes. Mana’s Kouzina-Kouzina transports you to different places in Greece without leaving Athens through the traditional dishes they serve acquired from each Greek isles and places. Mediterranean flavors from Northern to Southern Greece. from the Ionian to Aegean sea, from the islands to the mountain villages – you are given a first-hand experience of home-cooked dishes with original recipes.

Chef Dimitris’ passion for food is evident on the flavorful dishes served to us. Their menu keeps changing based on the availability of the local products per season. During daytime, from 12-7pm Mana’s Kouzina-Kouzina serves a cafeteria-style lunch with 10-12 dishes that you can choose from. At night, a menu is available but you should definitely ask for the specials of the day as they might have something for you which you won’t see in the menu.

Marinated Anchovies
Originating from ancient Greece, this dish was called afyi. Perfectly matched with the Greek sprits ouzo or tsipouro.

The restaurant also boasts of having the largest selection of craft beers in Athens, 20 kinds to be exact. They also only sell Greek wine, beers, liquors and even soft drinks. You can’t find coke and pepsi here, not even Mythos beer – a Greek brand since it was bought by Carlsberg.

Mussels with Leeks and Karditsa Sausage, recipe is inspired from Spanish paella.

The vibrant area of St Irene Square definitely adds up to the amazing atmosphere at Mana’s Kouzina-Kouzina. Great food, great atmosphere and a restaurant which supports the local Greek community. Truly, this restaurant should be a MUST in everyone’s Athens itinerary.

I was a guest of Mana’s Kouzina-Kouzina during this meal however as always, photos are my own and opinions stated are genuine and in no way influenced.