The One About Our Drive From Los Angeles To Carlsbad 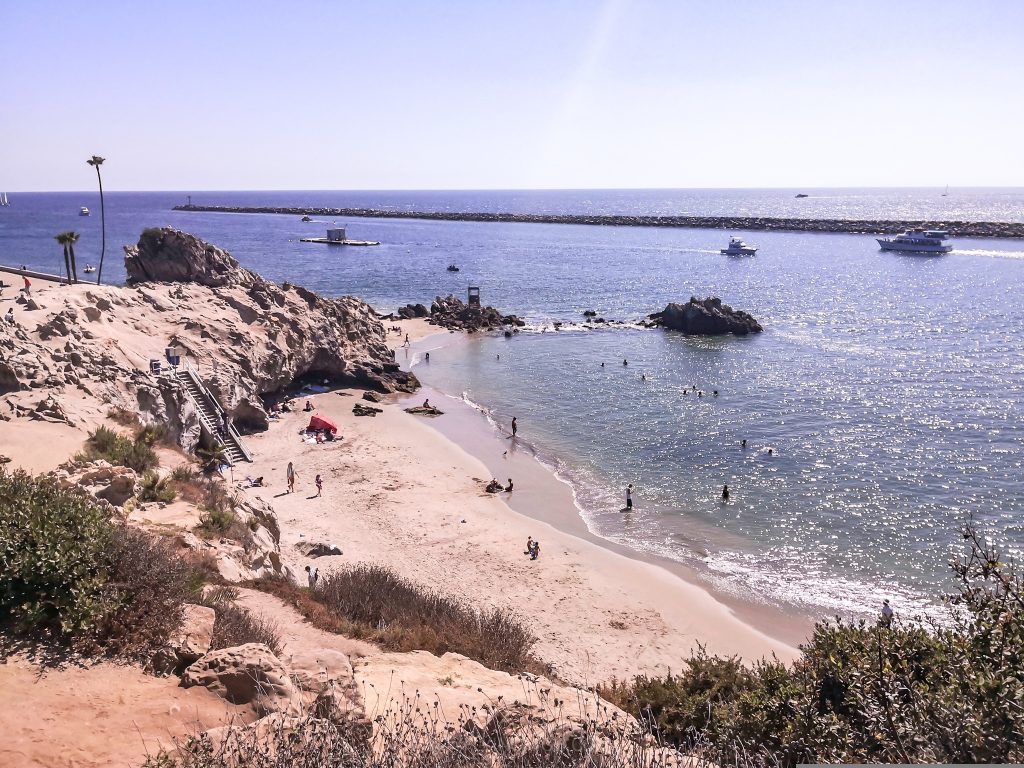 We took the longer and more scenic route from Los Angeles to Carlsbad along the coast. Stopped and passed by some beautiful places along the way, I love this side of California so much better than the cities. :)

I was more than happy to leave the chaotic city of Los Angeles after four days. We were headed to Carlsbad to stay for two nights. Originally, the plan was to go to Legoland after Los Angeles but my nephew scrapped that plan off after my sister told him that we can only go to two theme parks during our California holiday because she’s not made of money (she’s paying for everyone’s theme park tickets including ours). My nephew then decided on Disneyland and Universal Studios leaving Legoland off. To be honest, I was glad my nephew decided against Legoland because at that point in time, I don’t think I could handle spending one more day in a theme park.

We didn’t change our itinerary though because their flights were already booked to depart from San Diego. Luckily, a fabulous resort gave me a huge discount to stay at their property. That’s one of the perks I get from work which I truly and absolutely love. I get to stay in these amazing properties with a huge discount or sometimes even complimentary in exchange of 30 – 40 mins of my time to meet our point of contact so he/she could show off their hotel/resort to me. I’m then expected to report back to my superiors and colleagues, tell them what I think of the property – the good, the bad and the ugly. This will help our sales team to sell these hotels to our clients. Sounds fun, yeah?

So with our bags packed, we headed towards Carlsbad and braved the chaotic roads of Los Angeles. There was, of course, a huge traffic until we reached the coast. The Greek Mister and I decided to take the longer more scenic route, even if it meant it will add an hour or two into our drive. There’s something about the water which makes any scenery more beautiful, as we drove past wide and open public beaches of the California Coast – we all couldn’t control our oooh’s and aaah’s.

We stopped at Balboa Island to stretch our legs and walk a little. It’s a well-known harborside community but only came into my radar because of the Netflix series Dirty John. We walked along the promenade and enjoyed looking at all these beautiful waterfront houses we know we couldn’t afford. We also saw some very loud seals (or were they sea lions? I can never tell the difference) fighting for space on the boardwalk much to my nephew’s delight.

We then continued on our drive towards Laguna Beach with a quick stopover at a viewpoint which I randomly saw on my google maps. My dutiful husband immediately did a quick turn to satisfy his photo-addicted wife, not for selfies but I just really love taking photos of amazing sceneries like this:

Then we had icecream at Laguna Beach where my nephew also had a quick walk on the sand which he’s been asking for since we were in Balboa Island.

From Laguna Beach, it was only an hour’s drive to our fabulous resort – Park Hyatt Aviara. I was a bit confused though when I walked in the lobby, it doesn’t look like any of the Park Hyatt’s I’ve seen. Then I found out that it used to be Four Seasons which made sense, it had that Four Seasons look. I guess after working in the travel industry for over a decade, my eyes can now decipher which lobby belonged to which hotel. Lol.

We had a Park Suite, a spacious suite with a separate bedroom and living room area. It also boasts of two balconies overlooking the pool and one and a half bath. The suite and the hallway looked dated though but I was advised that they’re doing a full renovation of the hotel including all the public areas and it’s expected to be finished later next year. I was lucky enough to see some of the model rooms which looks amazing! It looks brighter and more modern than the one we stayed at. I guess I had to go back there to experience it again when it’s renovated right?

After a bit of rest, we went to the game room where my nephew beat my husband repeatedly on a game of air hockey. The sad part about that was, The Greek Mister wasn’t even pretending to be bad at it. Lol.

Then it was time for dinner. Now, I’ve said so many things before that have angered quite a few fanatics (of Disney and LA) and I might do that again here with the fanatics of In-N-Out burger because I seriously do not get the hype. It’s just a burger, there was nothing special about it which disappointed me so much because I walked in there expecting to be absolutely wowed by it. Just like what Five Guys’ burger did to me. It was good for a burger but I don’t think it deserves all the hype it’s getting. To be quite honest, if I wasn’t so hyped up to try it – I probably would have liked it better as I won’t be expecting too much from it. They were, however, extremely accommodating to my nephew’s allergies and for that reason alone, I will support this chain.

On a side note: I was surprised that when I posted this review on my instagram account, lots of people agreed with me. I thought it was only myself who had that unpopular opinion. :p

After being disappointed, we all retired to bed. It was a long day of driving for us that we were knocked down as soon as we laid to bed.

PrevPreviousDisney: The Happiest Place On Earth (???)
NextThe One About Our Drive from San Diego to MontereyNext