Doha | When A Highly Recommended Restaurant Fails To Satisfy Your Taste Buds, Dinner At Lo Spaghetto. 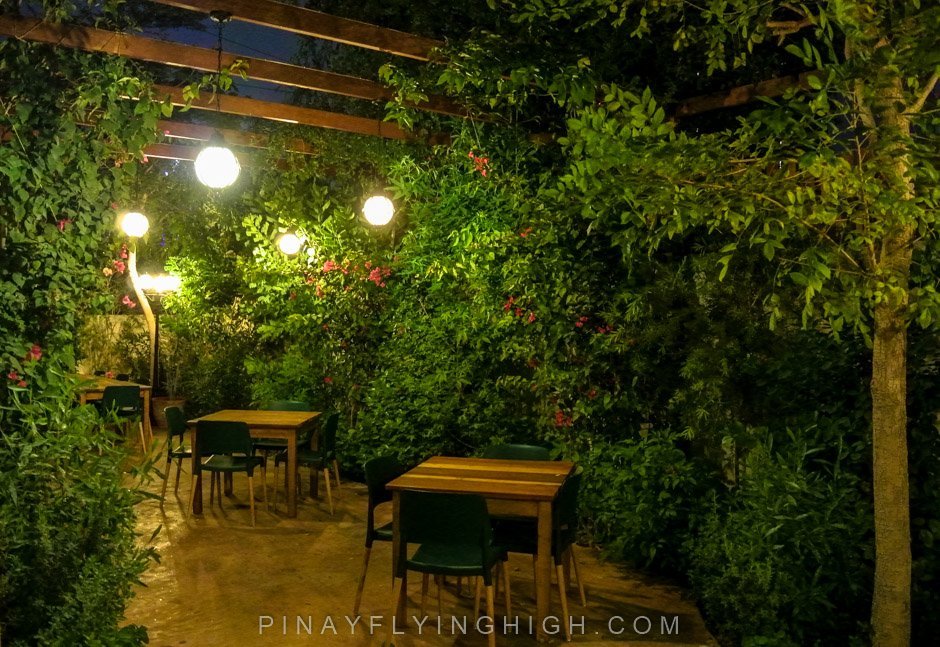 I’ve been hearing  a lot about this Italian restaurant which serves the most authentic Italian cuisine here in Doha (as per some Italian friends). Lo Spaghetto’s been constantly receiving good reviews from anyone who has tried it unfortunately, it didn’t really satisfy my taste buds. Possibly because I’ve ordered the wrong dish? Or maybe, just maybe, my taste is yet to be introduced to the authentic Italian taste. My travels in Italy might not have been enough, a good excuse to go back there I guess? 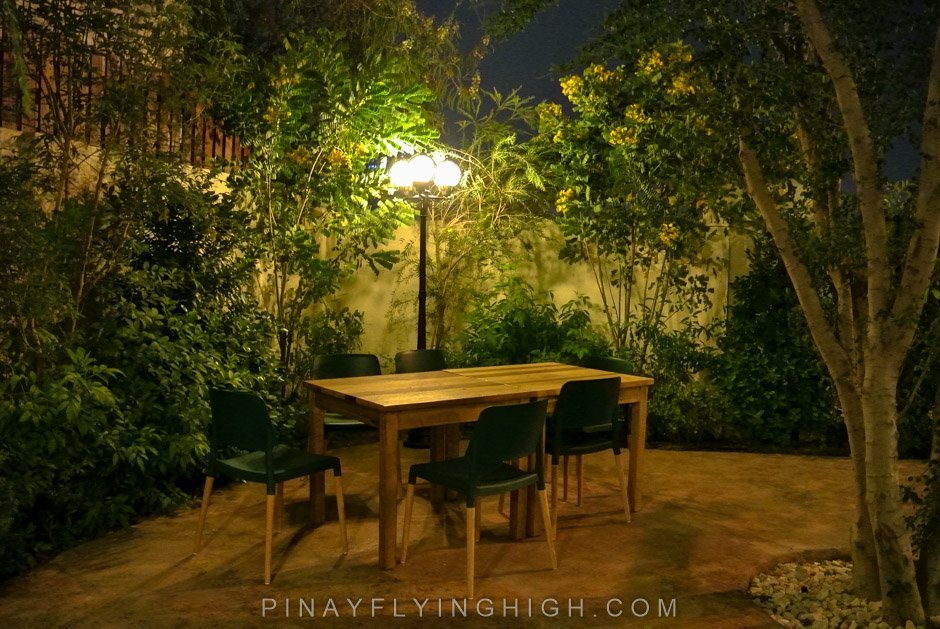 It was cold, windy and raining the day we decided to visit Lo Spaghetto’s new branch which was a shame because I was looking forward to dining in their beautiful outdoor seating. It’s only a matter of time now when all of the outdoor seating areas anywhere in Doha would be closed until further notice, nobody would dare sit outside when the dreaded heat of summer is upon us. So with a heavy heart, we settled to be seated in the restaurant. The restaurant was packed until we left! Good business they’re having I suppose, goes to show how many people love their food.

We sat by the open kitchen where the chef prepares all the mouthwatering dishes for their diners. The smell from the kitchen made my already grumbling stomach grumble even louder! I need to feed the monster in me so we quickly browsed through their menu and advised our friendly waitress of our orders. 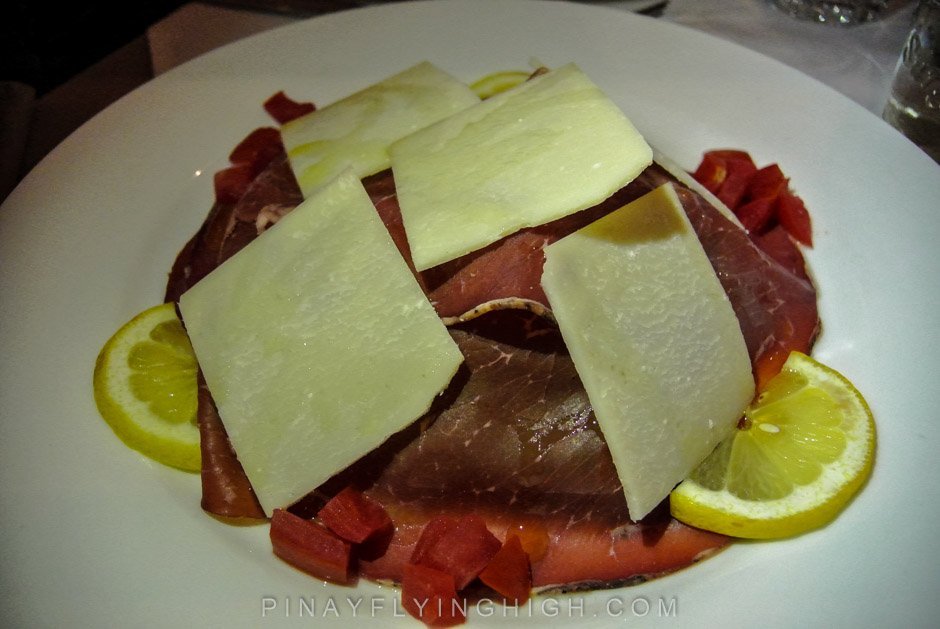 The Greek Mister and I shared a bresaola della valtellina con rucola e grana which came in a huge plate with a generos serving of beef bresaola and huge parmesan cheese flakes. It was wonderful, that was a good start for me. The Dutch friends on the other hand had tortino di verdure grigliate con mozzarella, as soon as their order was laid on our table – I immediately got jealous of it! The mozzarella cheese was perfectly melted on the grilled vegetables. It looks and smelled delicious! The Dutch friends confirmed the same on its taste. 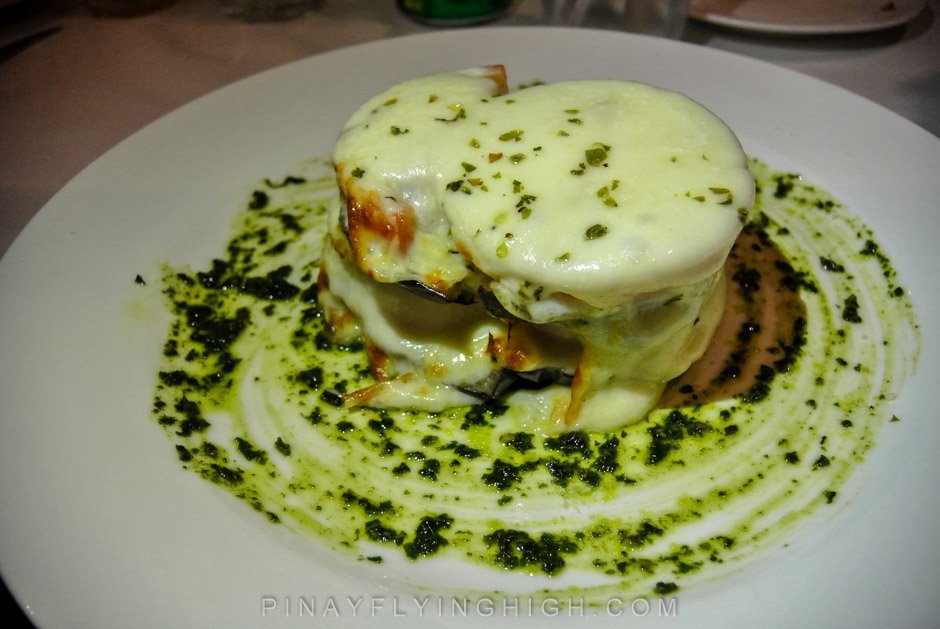 Now here comes the disappointment for me, I ordered cannelloni di manzo stuffed with ground beef and bechamel sauce. What arrived on our table was not the canneloni I’m used to seeing. I was expecting the normal canneloni, huge cylindrical pasta filled with ground beef topped with bechamel sauce. My dish however came in a round serving dish, I had to double check with our waitress if it indeed was a canneloni and not lasagna, she confirmed that it was. I’m probably being ignorant here but I think not seeing the regular canneloni already affected my dining experience. I’m pretty sure I’m not being reasonable at all because there are several ways to serve this dish but I don’t know, I was just really disappointed when I saw it. I’m pretty weird, I know.

It tasted ok, nothing really special about it except that I found the dish a bit greasy. I ate only half of it, The Greek Mister finished the rest. He loved it by the way. To each his own taste, isn’t it? :p 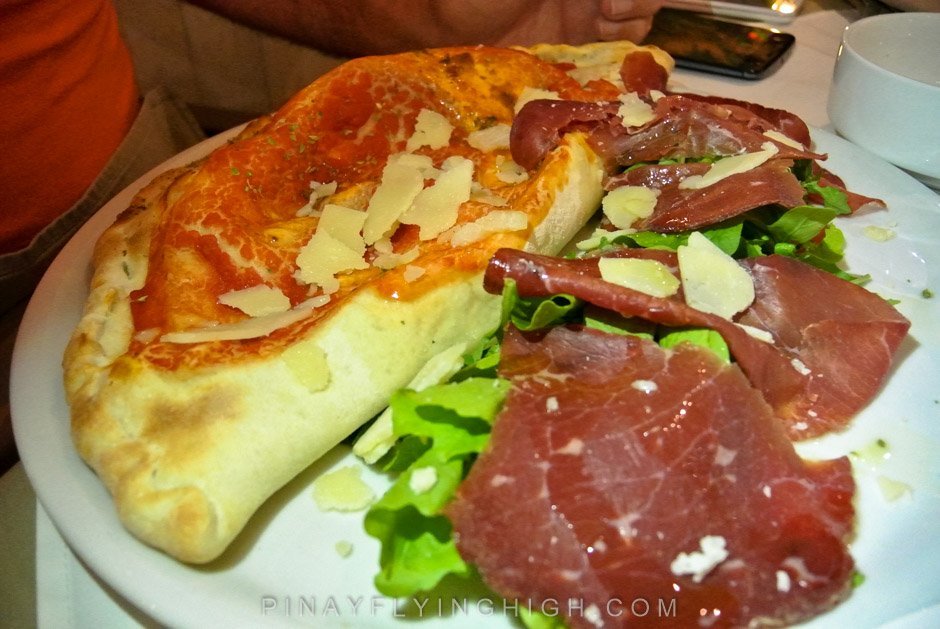 The Greek Mister had pizza alla valtellinese cooked as calzone, he has this weird obsession on calzone for reasons I don’t really understand. I tried out this dish and it was superb! It was actually the exact same salad that we had as an appetizer as a filling for the pizza with lots and lots of mozzarella cheese. I should’ve ordered that instead. 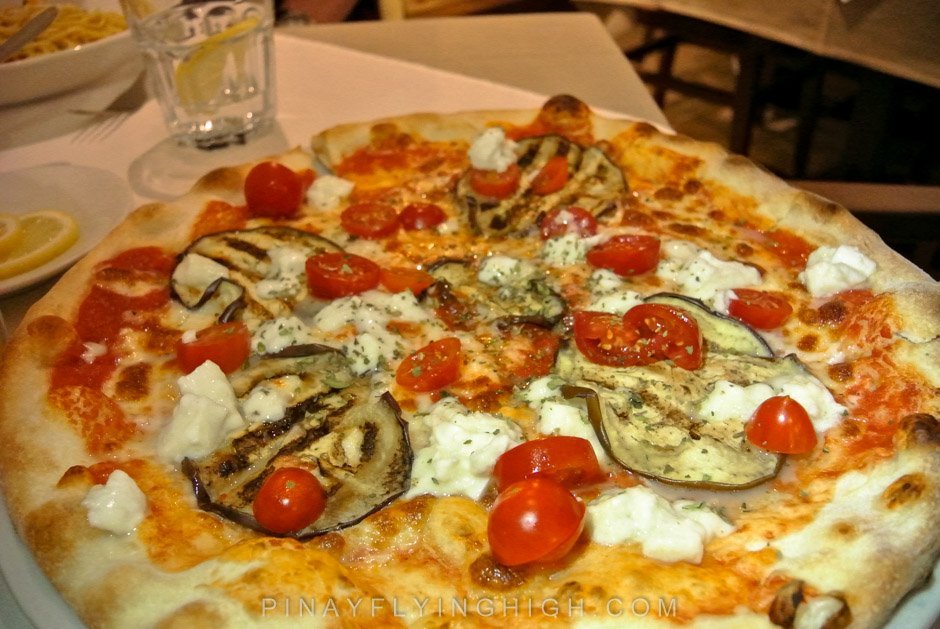 The Dutch friends had pizza alla romana which looked and smelled so darn good. They both confirmed that it’s as good as it looks. They also had spaghetti aglio, olio e peperoncino which looked plain but the empty dish afterwards wiped clean with some bread proved otherwise. 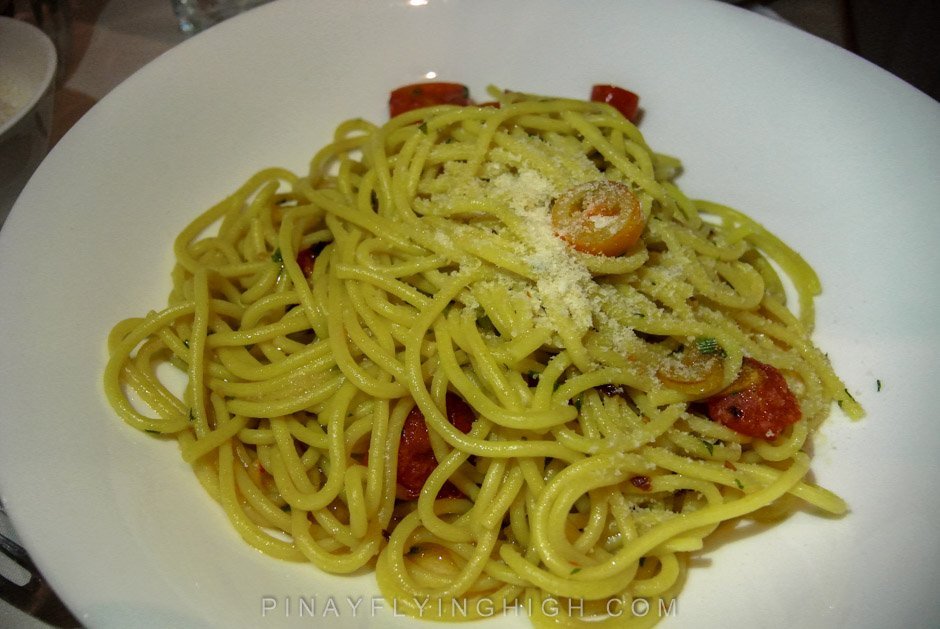 We normally skip desserts but plates of flan al cioccolato con gelato kept passing by in front of us since we sat and we somehow got curious of it so we ordered two plates to share. It was a good decision as it was extremely good! The chocolate syrup inside made a sweet and yummy texture for the cake and the vanilla icecream made such a delightful contrast to it. It was a great way to end our dinner. 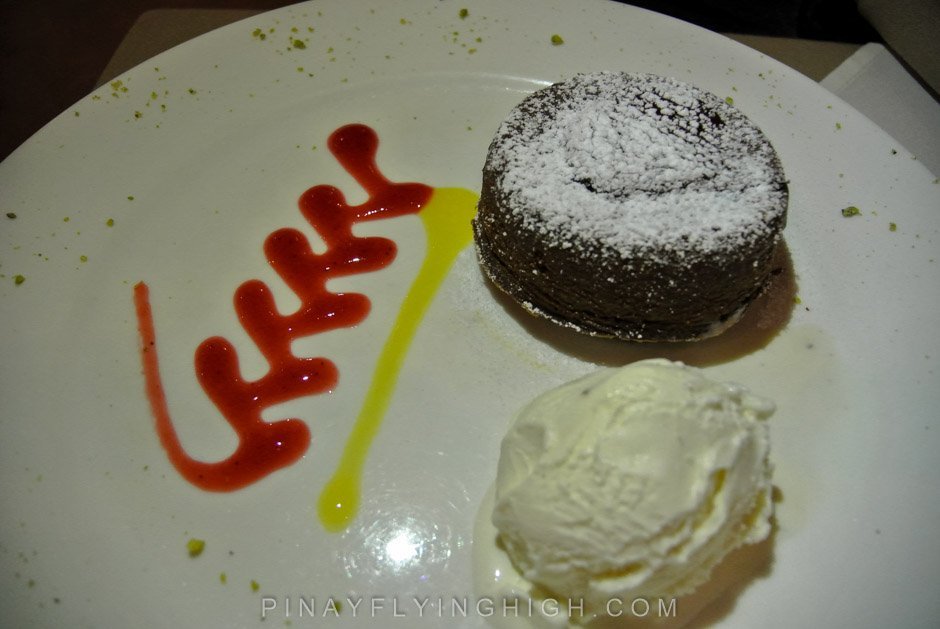 I was the only one who wasn’t very satisfied in our group so I guess, I did order the wrong dish. I’m definitely going back to Lo Spaghetto soon to try it again and sit in their fabulous garden area. Next time, I’ll order a pizza. 🙂