Reasons You Should Be At The Kingston Carnival 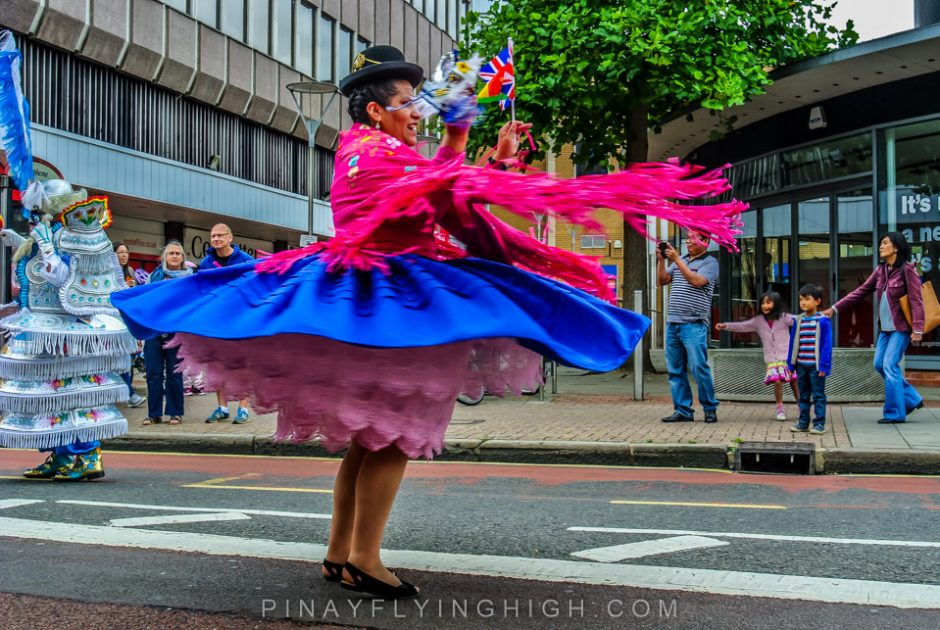 I planned to go to Notting Hill Carnival this year however as it was the happening on the same weekend that we moved into our Kingston apartment, I wasn’t able to find the time to do so. Little did I know that Kingston has its own Kingston Carnival which happens one week after Notting Hill’s, every first Sunday of September and so I geared up and was determined not to miss it.

As a London and Kingston newbie, it was quite hard for me to search for detailed information about the carnival as it seems like it’s not very well-covered on the internet. There were no articles about the previous carnivals (although based on my research the carnival last year was cancelled) so I had to rely mostly on conflicting information I found on different websites (what time is the parade really going to start?!?). 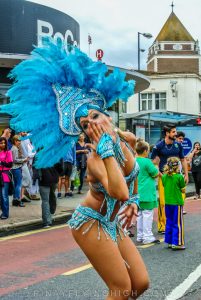 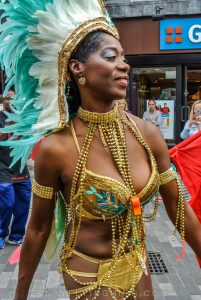 Anyway, this blog post will hopefully help me be reminded next year of what to expect from Kingston Carnival as I do plan on attending it again. This also might help other people out there who plan on doing so.

This year saw Kingston’s Carnival’s 15th celebration which focuses on the cultural diversity of the borough. Local groups and local communities are encouraged to represent their nation through this carnival. Attending this event made me realize that Kingston is also a melting pot of all nations, just like Dubai and Doha where I lived. Colorful costumes, native dance and sounds from across the world were showcased during the parade. On top of that, everyone’s welcome to join so at some point, I found myself in the middle of the whole procession taking close-up photos of the participants who were all more than happy to smile for the camera. 3. It’s a taste of Notting Hill Carnival but a more family-oriented one.

I had no idea how chaotic the Notting Hill Carnival actually is. I only knew about it after seeing so many articles written about what went on during this year’s carnival. Kingston Carnival on the other hand focused more on family-oriented festivity which made it all the more enjoyable as you don’t have to worry about drunk people stumbling all over. 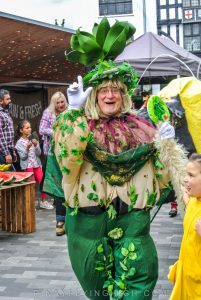 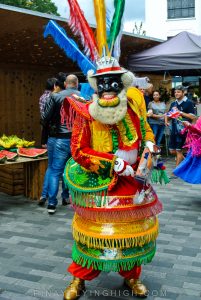 My second favorite part of the Kingston Carnival was the numerous food stalls scattered around the area. True to its mission, the food stalls was also as diverse as the carnival itself with cuisines from all around the world. Walking around the market place made me hungry even if I’ve just eaten breakfast when I arrived and I simply can’t pass up the chance on trying out one of the stalls. Too bad the stall owner gave me GBP5 less as a change so I basically ate a GBP10-worth of bratwurst, which I think was waaaaay too expensive. 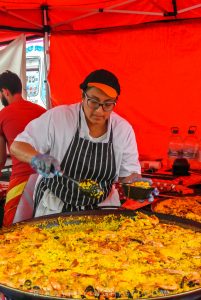 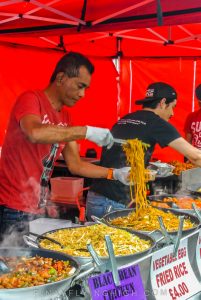 Music, colors, extravaganza and lots of food in a family-friendly and festive atmosphere – that’s what Kingston Carnival promised and delivered it spectacularly! Can’t wait for the next year’s event. Day Trips From London: The Lovely Walled City of Chester

Come Hungry For A Tomahawk Steak in JW Steakhouse

Ladies’ Night At The Giggling Squid in Kingston

Things To Do in London: Visit The Highgate Cemetery

Things To Do in Kingston: Feel The Community Spirit in Cleave’s Almshouse.