Doha, Qatar | Italian Nights at The Square, Intercontinental Doha The City is Delizioso! 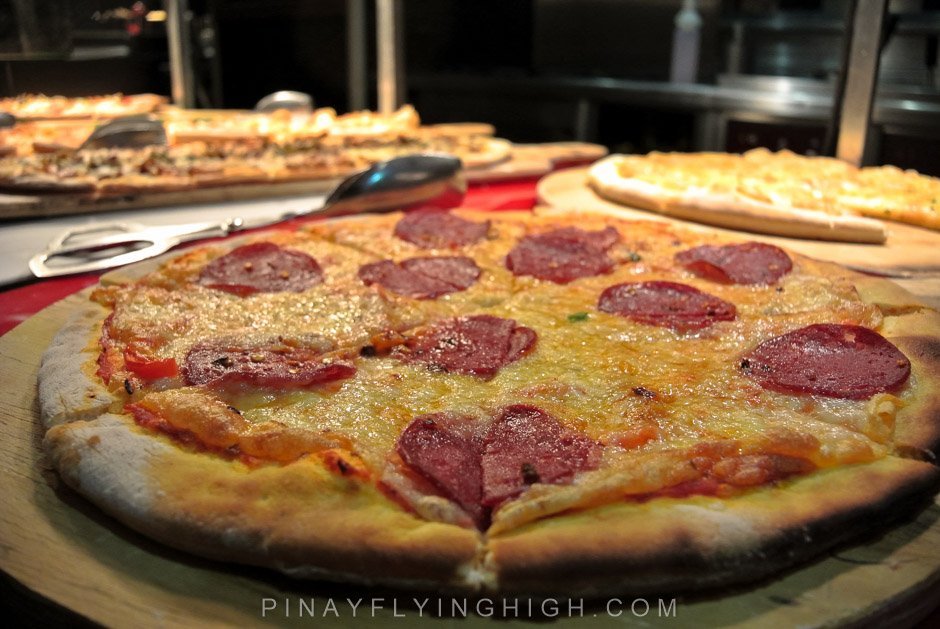 The Italian Nights at The Square in Intercontinental Doha The City ruined my good track record of keeping to my promise of eating everything in moderate proportions. As soon as I saw the beautiful spread of Italian dishes starting from appetizers to the main courses, I knew there’s no getting out of there without my muffin top bursting out of my trousers. How can I resist the temptation of eating all the beautiful dishes served when my eyes are telling me “Food!!! Give me!” I’m only human, with no self-control whatsoever when it comes to food. 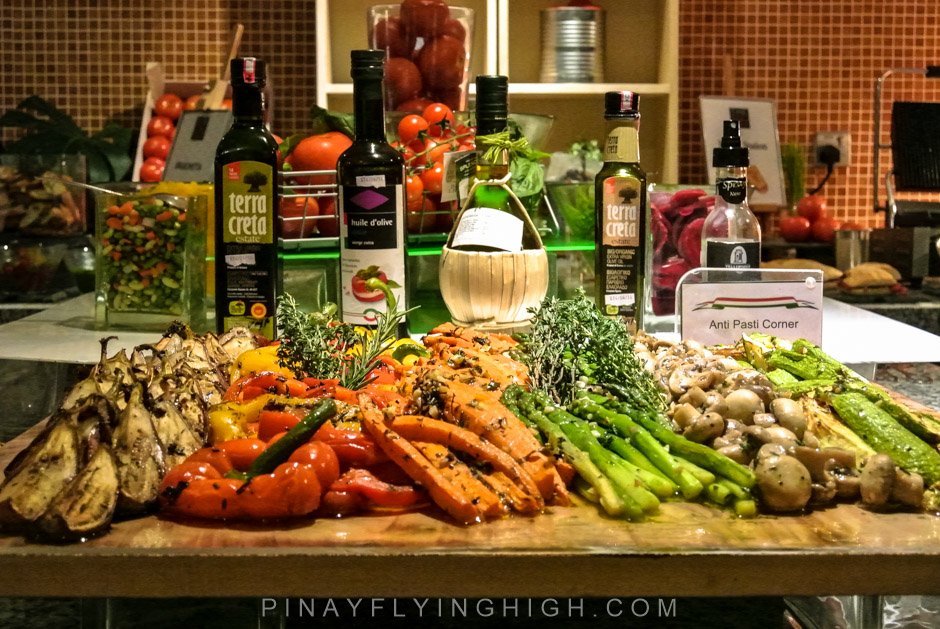 The starters alone could satisfy anyone’s craving for good food. Bruschetta station, cold cuts, all kinds of cheese and seafood dishes swimming in generous amount of olive oil were all laid down in a way which will make you feel hungry even if you’re not. I can seriously spend my whole night just eating all of what they have to offer as appetizers.

A beautifully decorated bread station caught my eye after filling my plate of almost every single thing I could find in their starters section. I’m not a big fan of bread but there were baguette crostinis with different selection of toppings in this section calling my name. I had to answer to this call to check it out, next thing I know – I was filling my plate with portions of each bread. 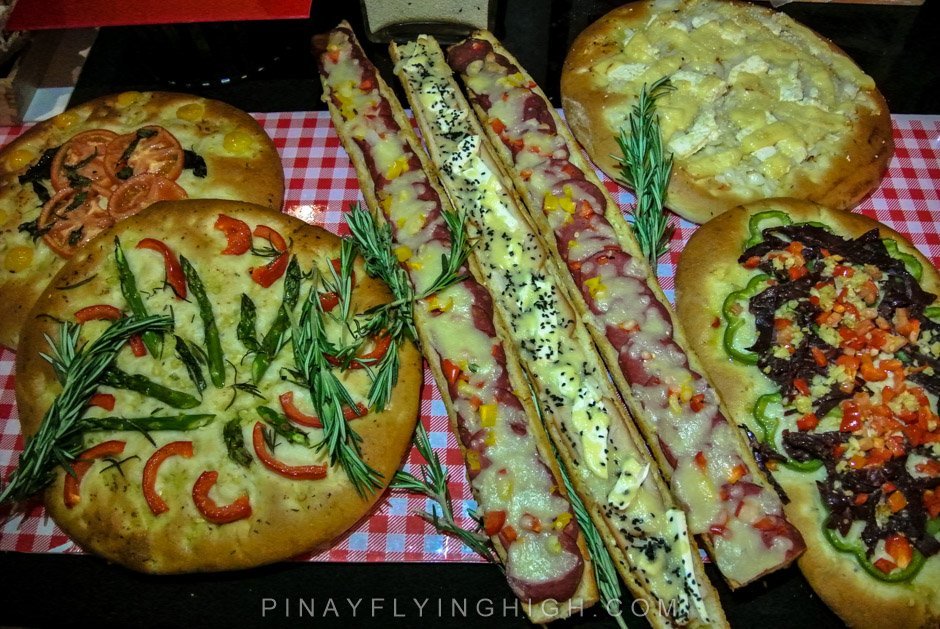 After the starters, I pushed my way out of our table and went straight to the live pasta station. I asked the chef to surprise me with a tagliatelle pasta dish in red sauce. As he prepared the “surprise” dish for me, I went over to the hot dishes section and filled my plate with all sorts of meat. I have to say that while most of the dishes were good, the ossobuco deserves to be put on a pedestal. In fact, I suggest that they create a special area for ossobuco alone with a spotlight on it and a choir with heavenly voices who will sing Hallelujah! everytime someone takes a serving of it. It’s that good. 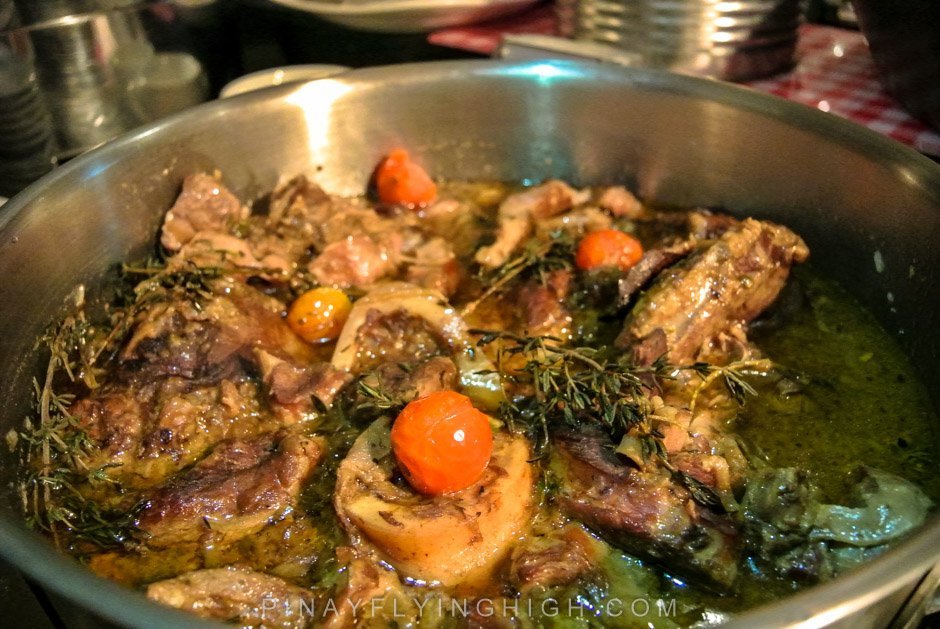 We ordered a whole pizza with mushrooms afterwards which I thought was missing the oooompf! factor of a pizza. I thought it was a little bit dry and the pizza crust although very thin, was not as crunchy as I hoped for it to be. I wasn’t able to try any of the ready-made pizzas though. Maybe next time, I should just go for the ones that are already prepared.

My pasta dish came which also wasn’t up to my liking, it was too sour for my Asian taste buds which I think is how a real Italian pasta sauce is supposed to be anyway. I didn’t like it plainly because of my preference to have a sweet-ish sauce for my pasta. I’m sure other people would disagree with me and they would be right to do so. 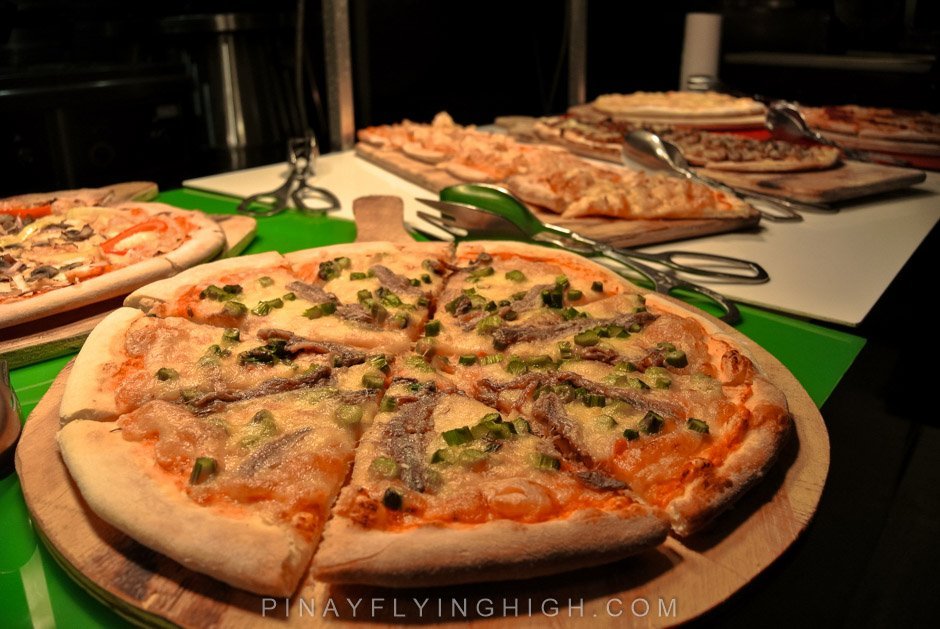 The only downside of their buffet spread was dessert options was lacking. I don’t really mind this because I’m not really into desserts but The Greek Mister voiced out his concern when he came back from the dessert station with an empty plate.

Overall, it was a good dining experience even if the ambiance was a bit cold with only the dimmed lights to set the mood. Service as well was a bit odd, I say odd because the person who welcomed us when we arrived led us to a table beside a couple who was already dining when we have just literally passed by rows and rows of empty tables. I’m not sure if it’s a procedure that they have, to put all their guests in one area alone probably to make it easier for them to clean up afterwards? (Lol) Whatever it is, I think it was a little bit off since most people would want to have a bit of privacy and personal space whenever possible. 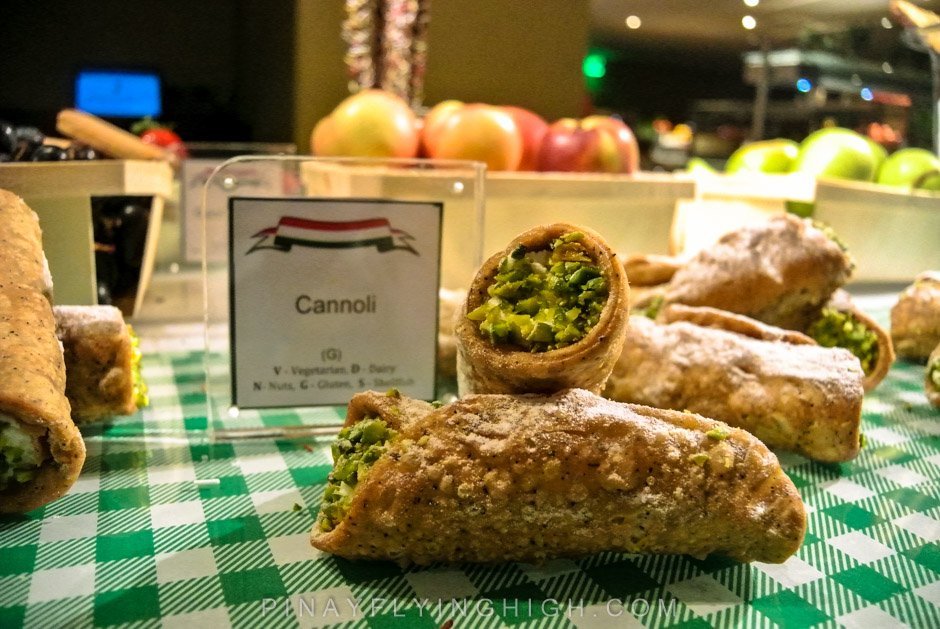 What they lacked in ambiance and the odd customer service, they certainly made up for it with the food they served and I’m absolutely willing to overlook these shortcomings to get a taste once again of these dishes which was molto delizioso!

I was a guest of Intercontinental Doha The City during this meal however as always, photos are my own and opinions stated are genuine and in no way influenced. 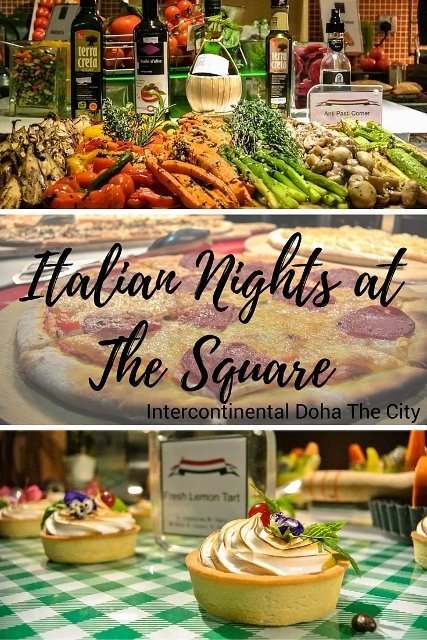 PrevPreviousResorts Offering Pool And Beach Access For A Day in Doha, Qatar.
NextDoha, Qatar | I Am A Nobu Virgin No More.Next