Hoi An, Not For The Claustrophobic 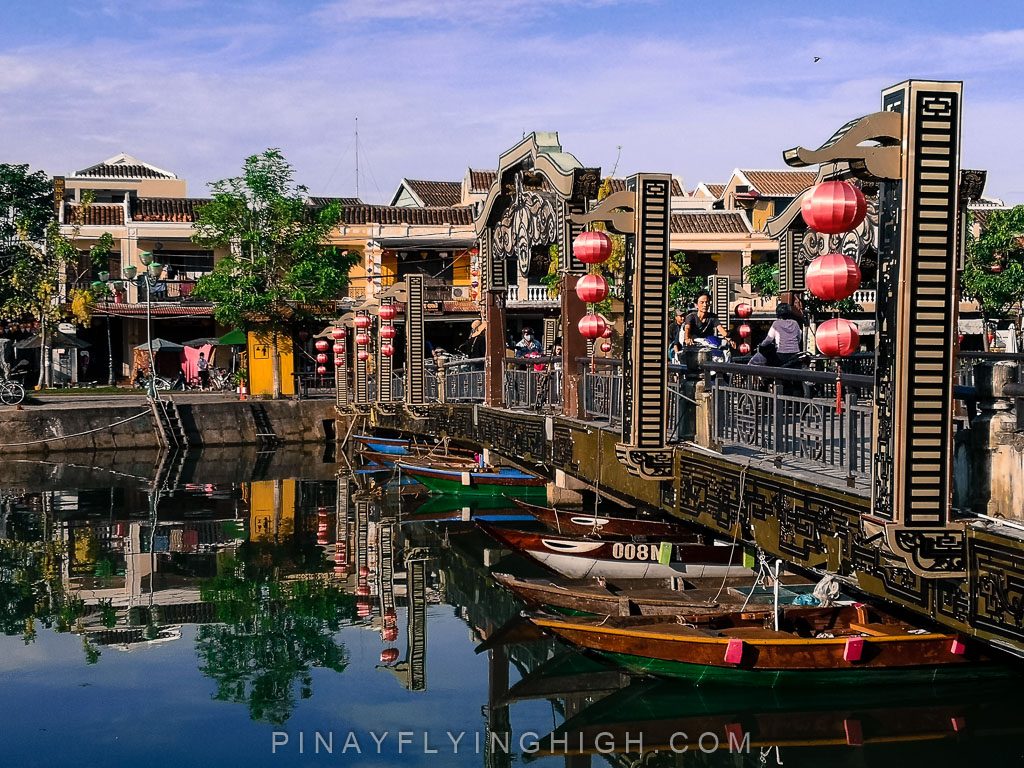 With a heavy heart, we left Ninh Van Bay to go to the third destination of our business trip – Hoi An. Anyone who’s ever been to Vietnam would say that Hoi An holds a special place in their hearts. Everyone would describe it as the most charming place they’ve ever seen, needless to say this hyped it up for me and I couldn’t wait to see it for myself and get mesmerized by it as well.

We flew from Nha Trang to Danang and upon arrival, we immediately started a couple of hotel inspections before checking in at Anantara Hoi An which will be our home for the night. I’ll have to say that Anantara has the best location for a hotel in Hoi An, it’s only 15-min walk away from the Ancient Town so it’s close enough to where the action is but far enough so you’re far away from the hustle and bustle of tourists. 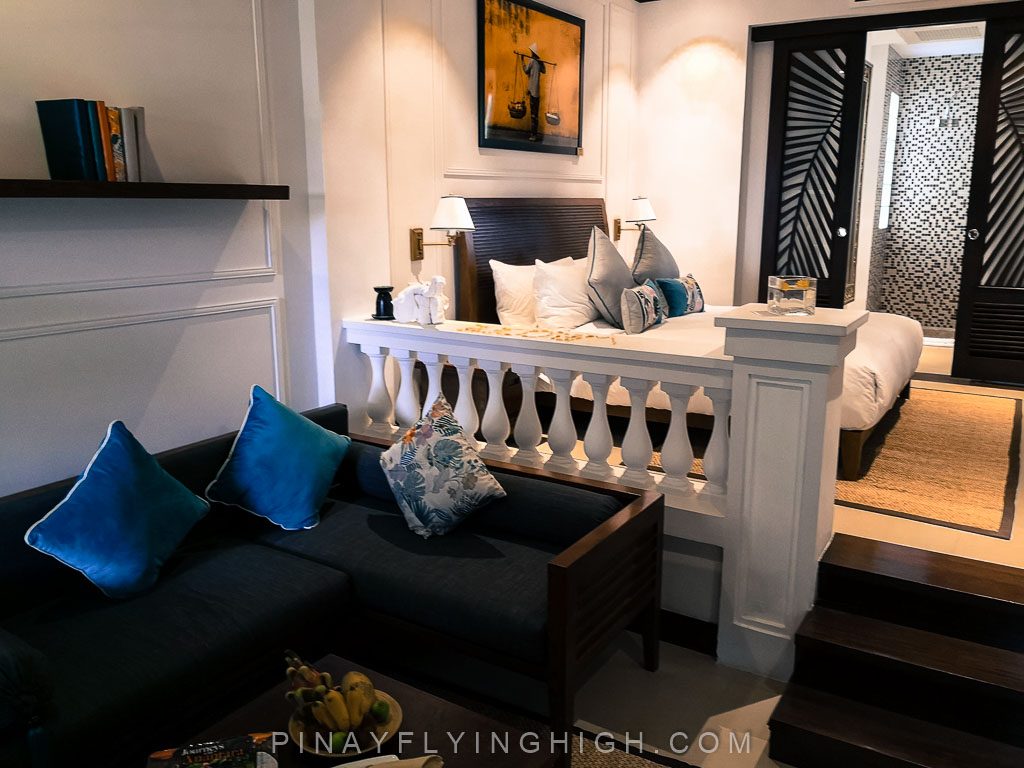 My hotel room in Anantara Hoi An. 🙂

Our local guide met us in front of our hotel, we walked towards the Ancient Town where we’re about to explore the culinary delights of Hoi An on an evening streetfood tour. Our first stop was to try banh mi in Banh Mi Phuong which is the exact same place where Anthony Bourdain himself had this French-influenced Vietnamese delicacy.

Side note: Do you know who Anthony Bourdain is? I am extremely gutted that most of my colleagues in London don’t know him, the very person who inspired millions of people all over the world to travel differently. He showed everyone that trying out local cuisine while traveling is an important factor to opening your eyes to different cultures. His shows taught me that meeting people from all walks of life while traveling should be embraced because it’s the only way that you’ll get a personal attachment to a place you’re visiting. Before our Vietnam trip, the news of his demise was all over social media. I’ve never cried over a celebrities’ death until Bourdain’s and so this Vietnam trip is to somehow pay my respects to him as Vietnam holds a special place in his heart as well. 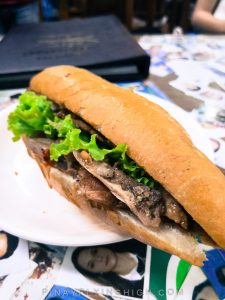 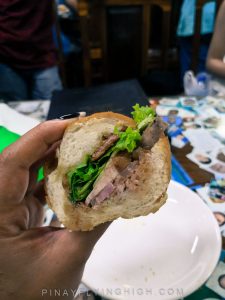 The banh mi at Banh Mi Phuong was incredibly good, the crispy baguette on the outside and the savory flavours of the fillings inside is quite orgasmic. I haven’t tried any other banh mi in Hoi An so I couldn’t say it’s the best but I had Bourdain in my mind in each and every bite that I had of it. I could’ve eaten another portion but it’s only the start of our street food tour and I don’t want to be full right away as I intend to try out everything.

We had a quick stop at a side street vendor selling pork barbecue. It reminded me of all the side street vendors in the Philippines which is actually my favorite kind of dining. :p We then walked through a series of alleyways to dine in a hidden restaurant specializing in banh xeo – a Vietnamese savory fried pancake made of rice flour filled with your choice of meat and vegetables. Best downed with a local Vietnamese beer. 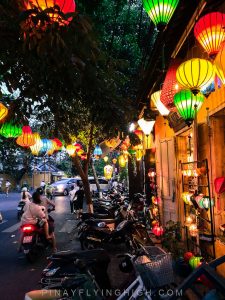 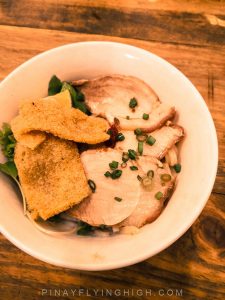 Our next stop was to try the regional dish of Hoi An – cao lau, a pork broth with fat yellow noodles, sliced pork meat and some herbs. Cao lau is specific to Hoi An as a dish can only be called that if the water used is from the ancient Cham wells found in Hoi An and if the ashes used to soak the noodles is from Cham Island. Basically, it is Hoi An in a bowl which you must try. 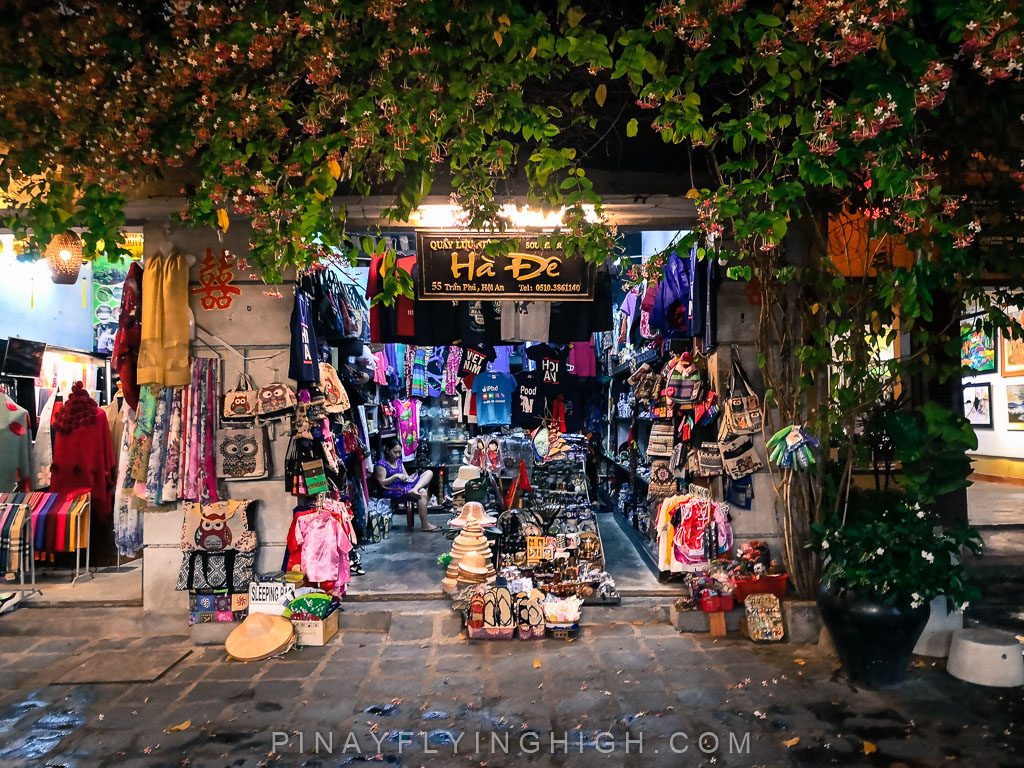 We skipped desserts as we were already too full so we had a walk around the Ancient Town which I was looking forward to do. Was I mesmerized by the enchanting Ancient Town? NOT EVEN A BIT!!!! It was too crowded, it’s like walking through South Bank in London during the New Year’s Eve! I wanted to pull my hair out and scream at the top of lungs, I don’t function well in crowded places as I get very claustrophobic. Besides, what is there to enjoy when you can’t even walk 5 steps without getting bombarded by selfie f*cking sticks sticking out to your face? How can you be enchanted in a place when you can’t even stop and admire its beauty for the fear of being pushed around by the hoards of people around you? I retreated to a corner in my hotel room, sat and hugged my knees and rocked back and forth to try to forget all that I’ve witnessed in the Ancient Town that evening. That is an exaggeration but you get my point.

However, I’m a big girl (literally and figuratively) and I’m not the kind of person who’d let the hoards of tourist defeat me so I woke up at 0630 the next day and walked towards the Ancient Town to see it before all the annoying tourists come. It was beautiful! The charm of it is evident, it’s like a place stuck back in time with the beautiful architecture around you. It’s mesmerizing to witness the town slowly waking up from its slumber, time moves slowly and it didn’t feel too rushed. I sat in front the river for some time and just watched the world go by at a much slower pace compared to what I’ve witnessed in the same spot the previous night. I’d let the photos speak for itself. 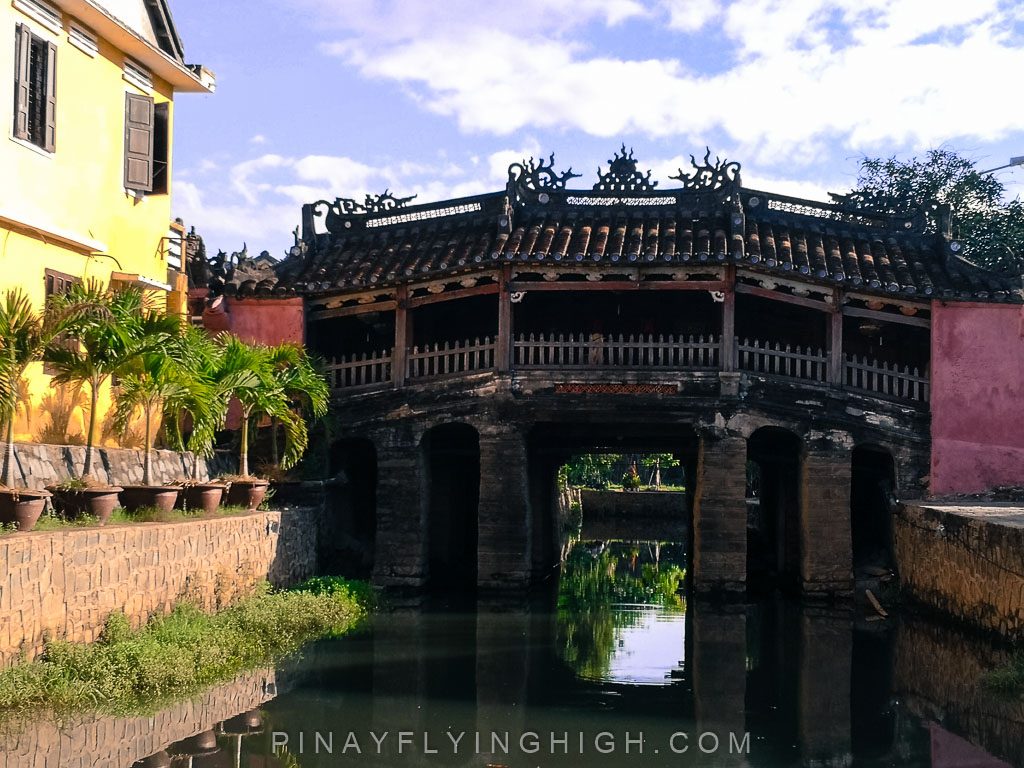 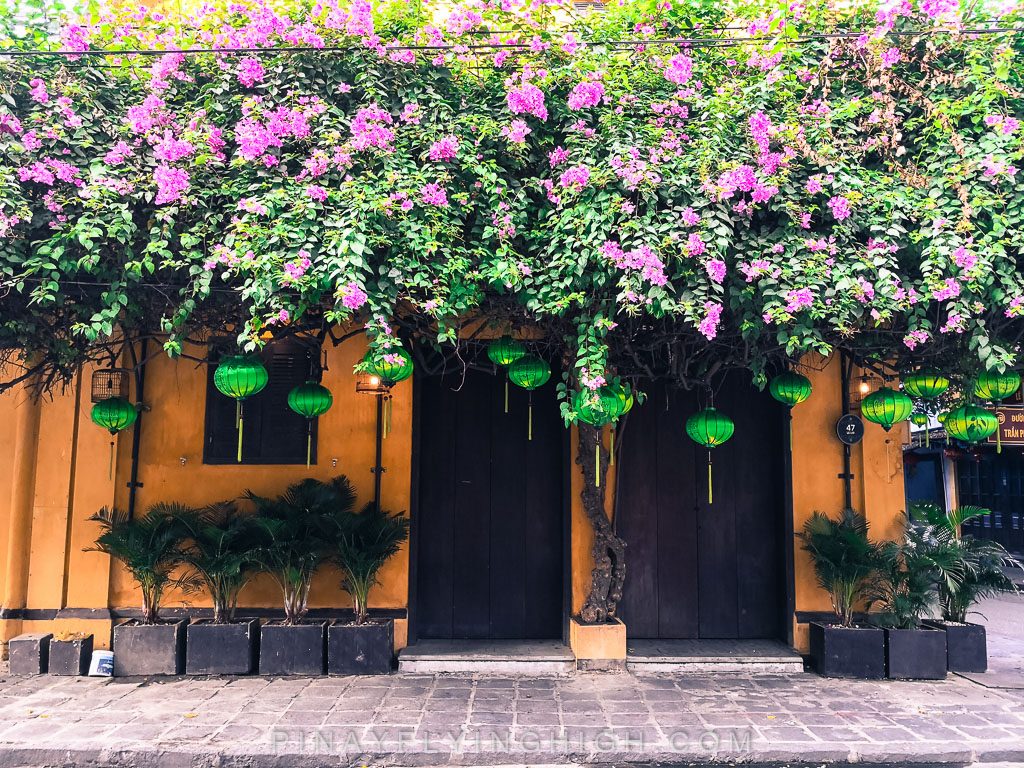 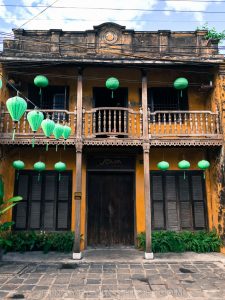 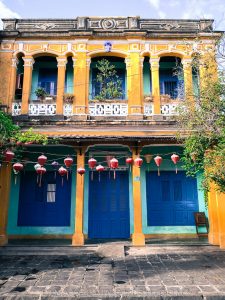 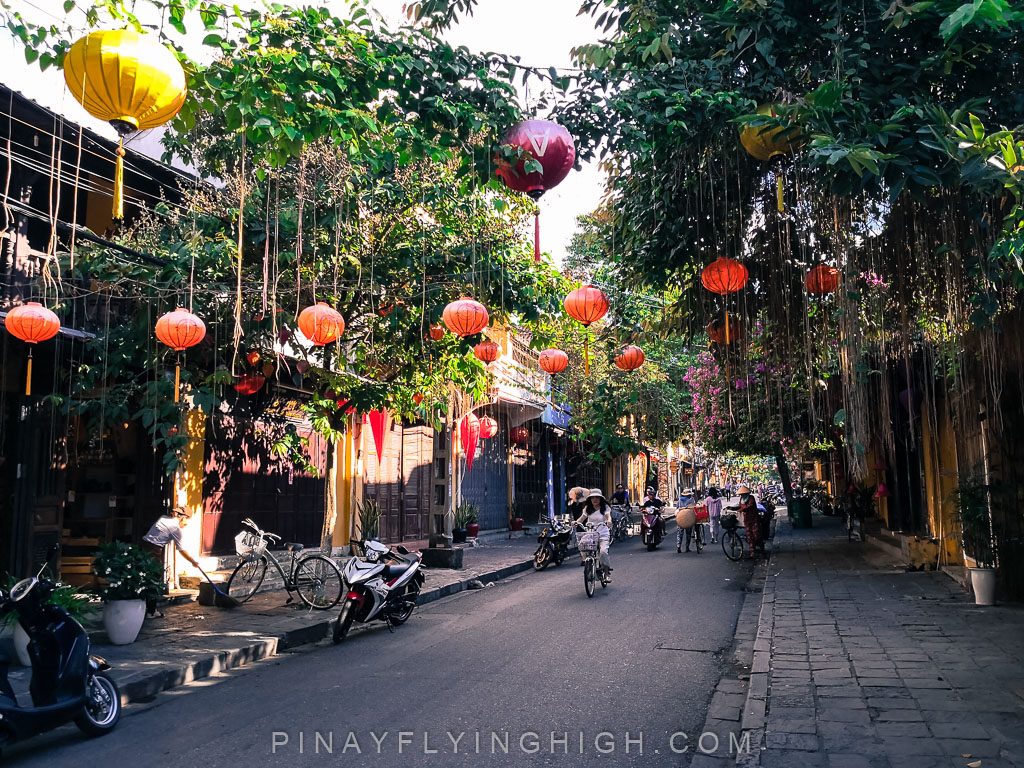 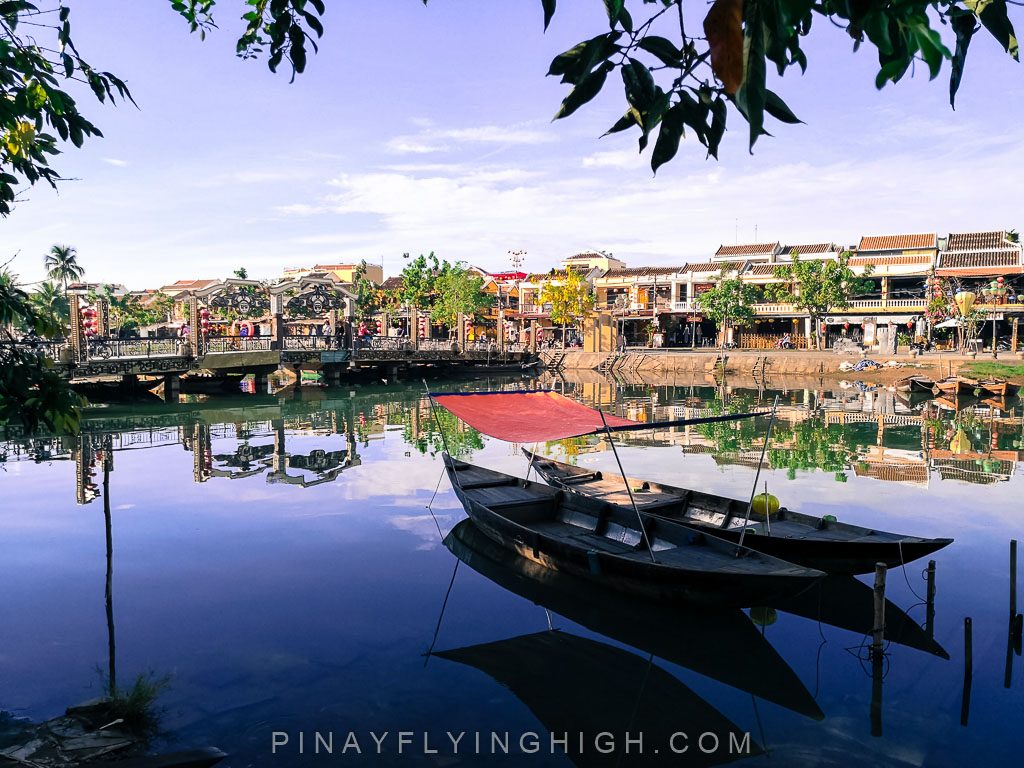 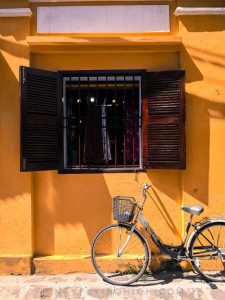 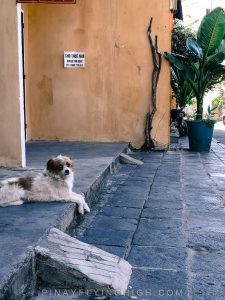 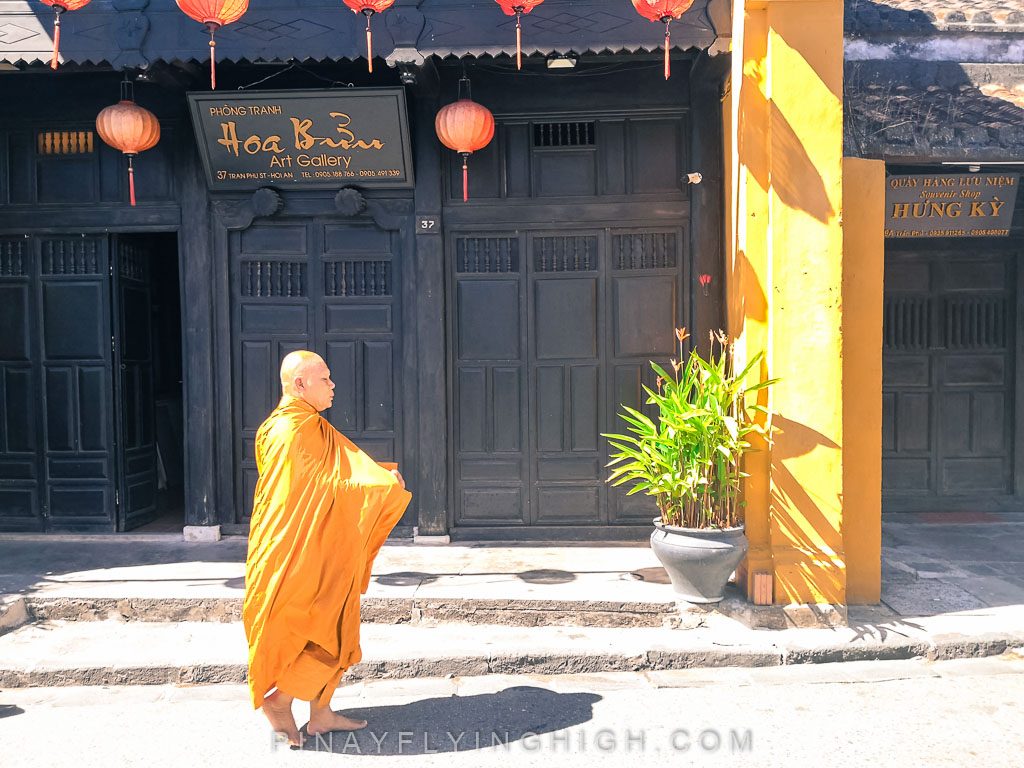 We had a quick walking tour around the Ancient Town after our breakfast and our local guide brought to life the things that I’ve seen earlier that morning. It was already quite busy at 10am so I walked back to our hotel after the tour while my colleagues stayed for some shopping.

I’d end my blog post here because all we did for the rest of the day was hotel inspections but I can’t not tell the world that the Four Seasons Nam Hai is the best resort I’ve seen during this Vietnam business trip, I mean look at this: 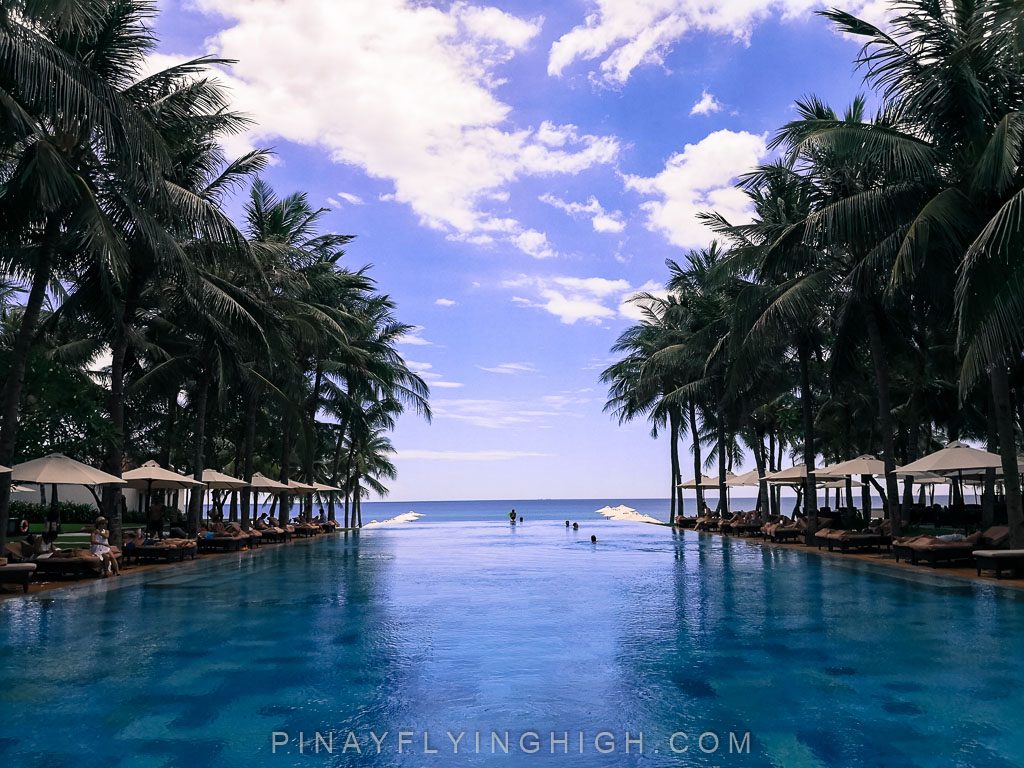 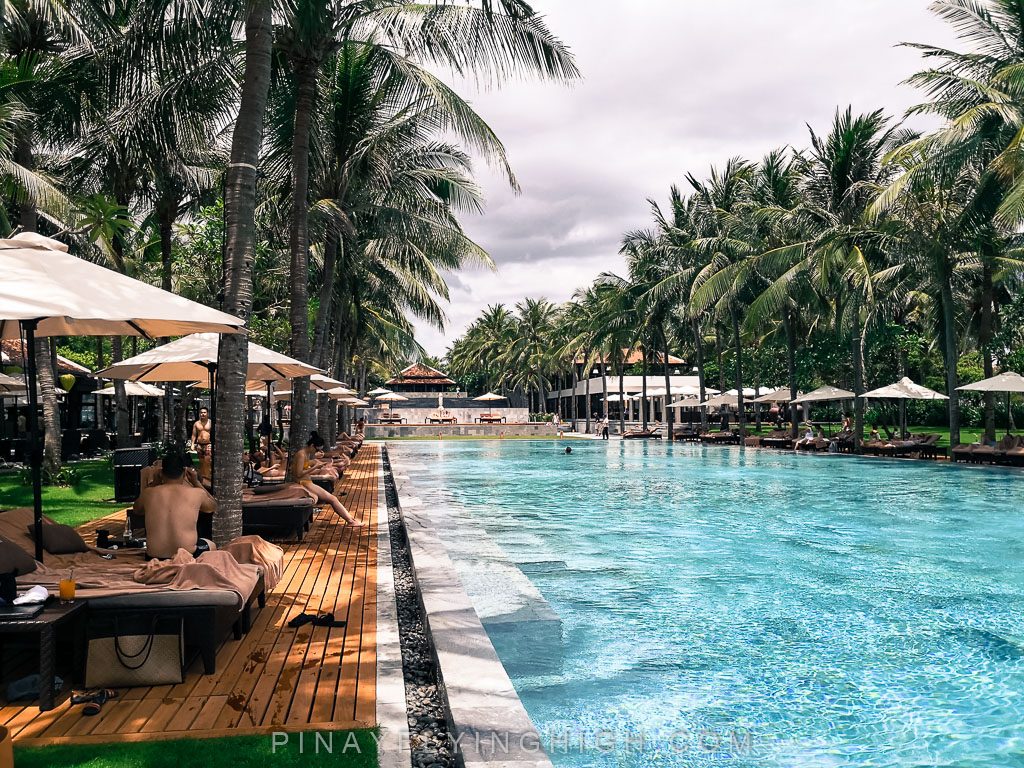 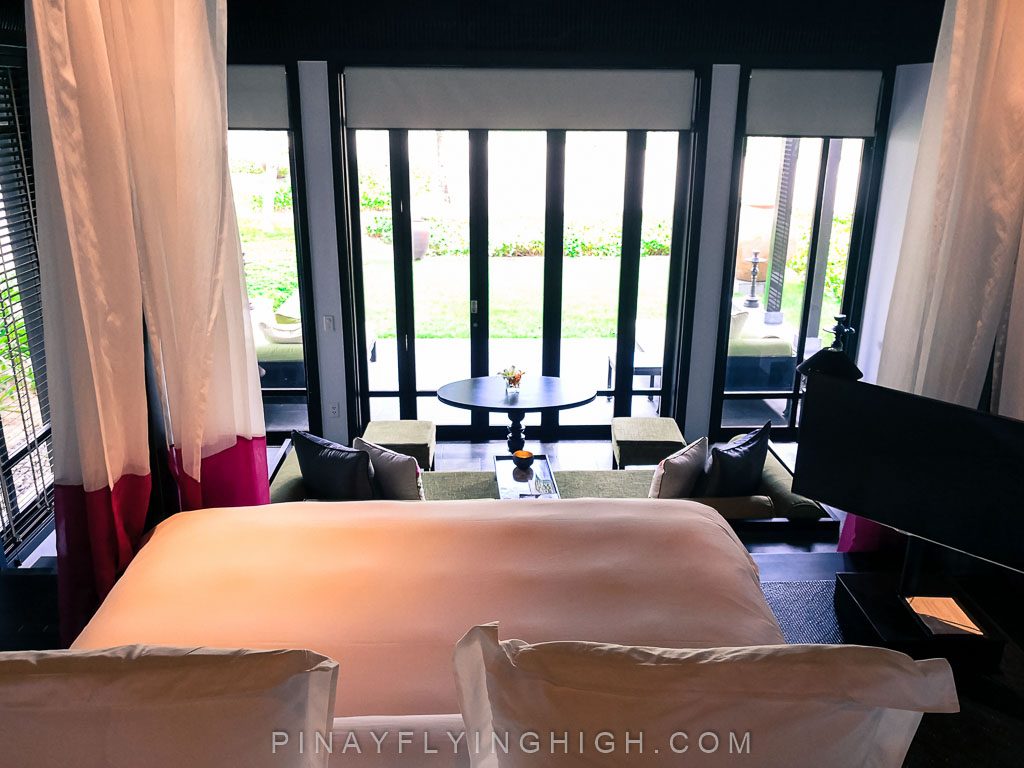 The bedroom area of their one bedroom villa is bigger than my apartment in London! :p

That sums up my Hoi An experience but I guess this video will bring it to life even more:

Hoi An, Vietnam from Pinay Flying High on Vimeo. 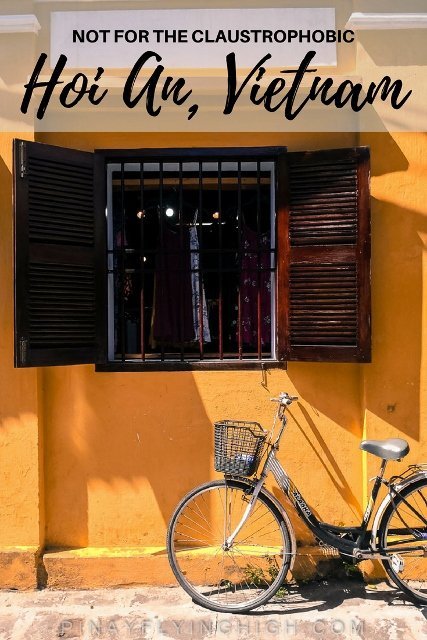