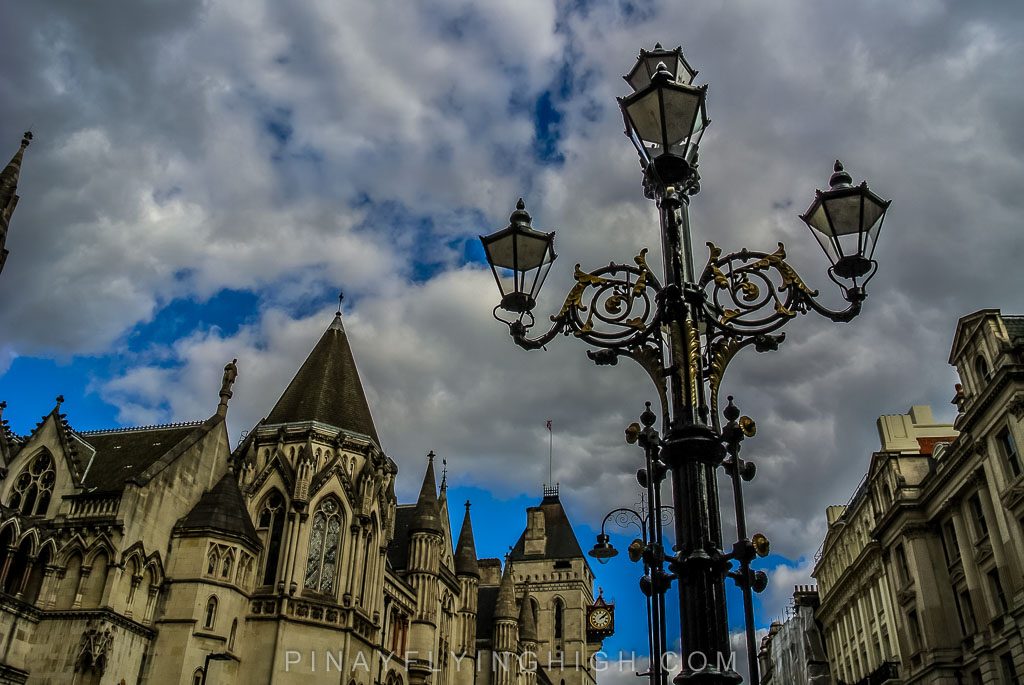 London is one of the most historical cities you will ever visit and being the history buff that I am, I need to know the stories behind each buildings, alleyways and all the other iconic places around the city. The more obscure it is, the better. I guess I’m nosy like that.

I came across Hidden London Tour while I was looking for unique tours in London which promised a journey into the depths of the old City to discover the more extraordinary stories and locations which are often overlooked. I was hooked right away, I always love exploring off-the-tourist tracks and the best way to do it is to have a knowledgeable guide with you.

On the day of the tour, I met our tour guide Matt at 1:30pm in front of Temple Street tube station. We were a total of 10 in the group including two other bloggers who I dragged along with me (Hello Katy and Angela). The size wasn’t that big and also not that small, an ideal group tour size so it won’t feel too crowded and also not boring. 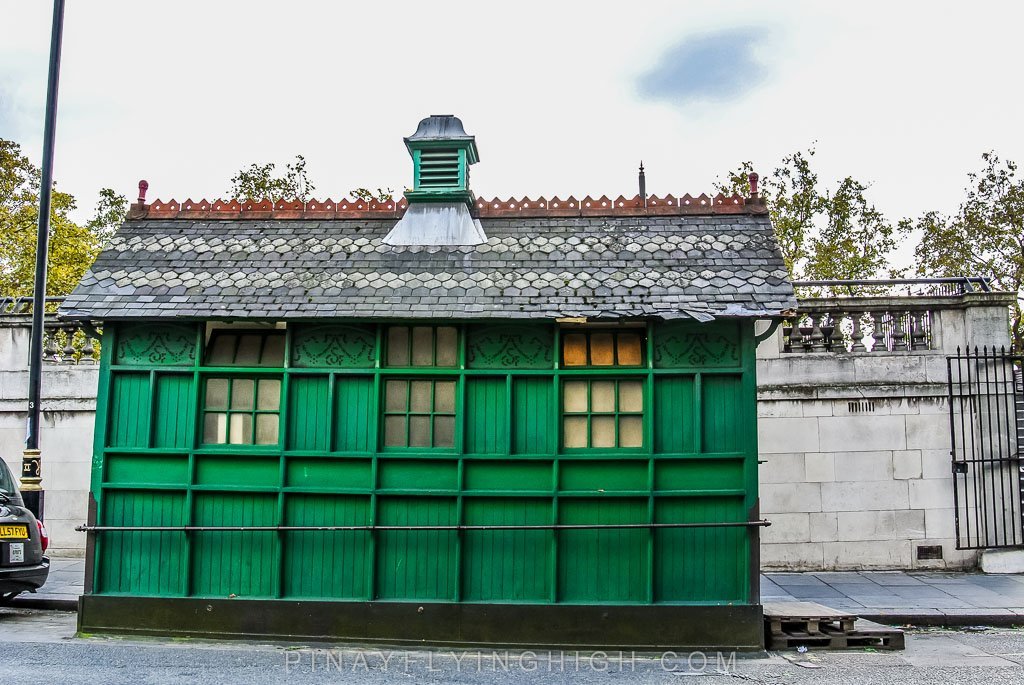 During the tour, we discovered an authentic hansom cab shelter which offered cheap refreshments and a place to take a break for hansom cab drivers during the 18th century. When I passed by it on my way to the Temple Tube station, I thought it was a garden shed. Makes sense really because there was a garden nearby but this is the reason why I love taking tours like this, you discover the real purpose of things around you. 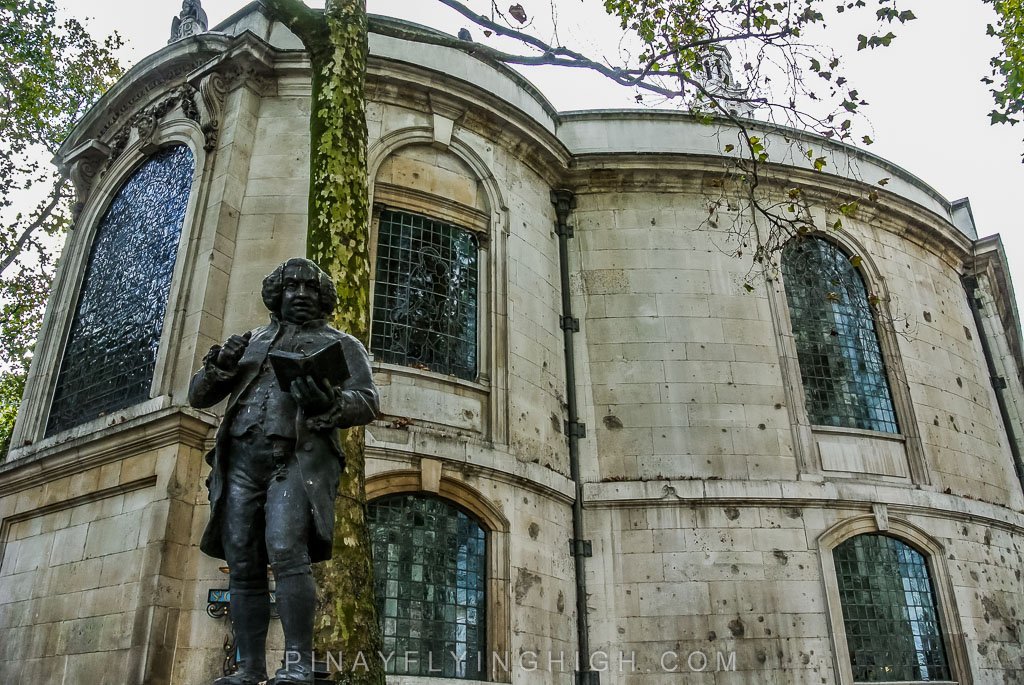 We also discovered a closed underground station which served as a bomb shelter during WWII for civilians and also to protect some of British Museum artifacts including the Elgin marbles. “Don’t tell the Greeks!” said one of the men in our group, good thing The Greek Mister wasn’t with me during this tour. Lol. 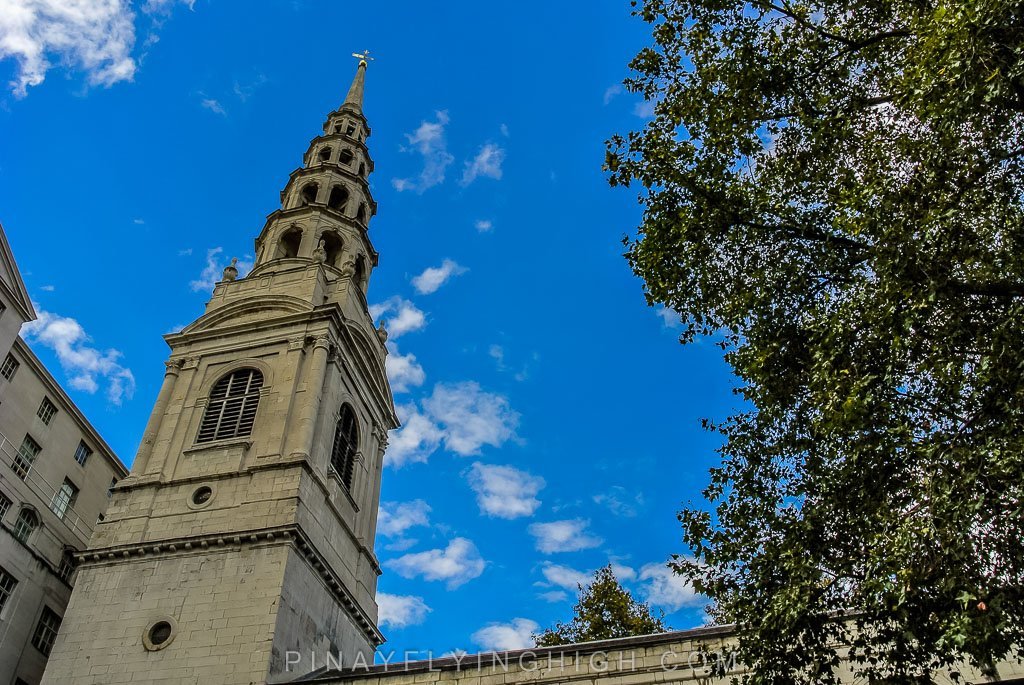 We also saw a Roman bath in the middle of the city which turned out to be NOT a Roman bath, we passed by beautiful courtyards which I wouldn’t have known to be accessible to the public if not for this tour, we saw the church which inspired the wedding cake, we saw one of the remaining buildings which endured the bombings of the war and shows its painful past through its cracked and uneven walls and from the same building, I learned how gruesome children’s songs really are. 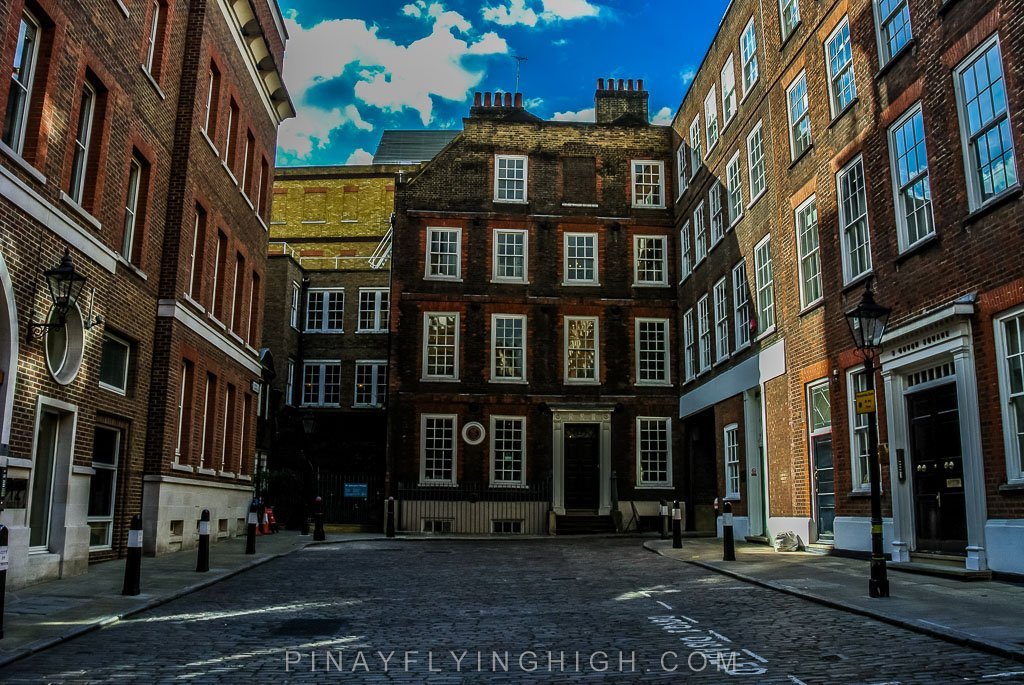 My favorite discovery of all is Sweeney Todd’s barbershop. It wasn’t the barbershop itself which is my favorite, it was how our tour guide delivered the story – giving us a chance to decide whether or not Sweeney Todd is real or a fictional character. Having said that, our tour guide Matt was absolutely wonderful. I love how he shared his own personal opinion about each places we visited apart from his knowledge of it. He was very informative and kept the group interested throughout the tour. 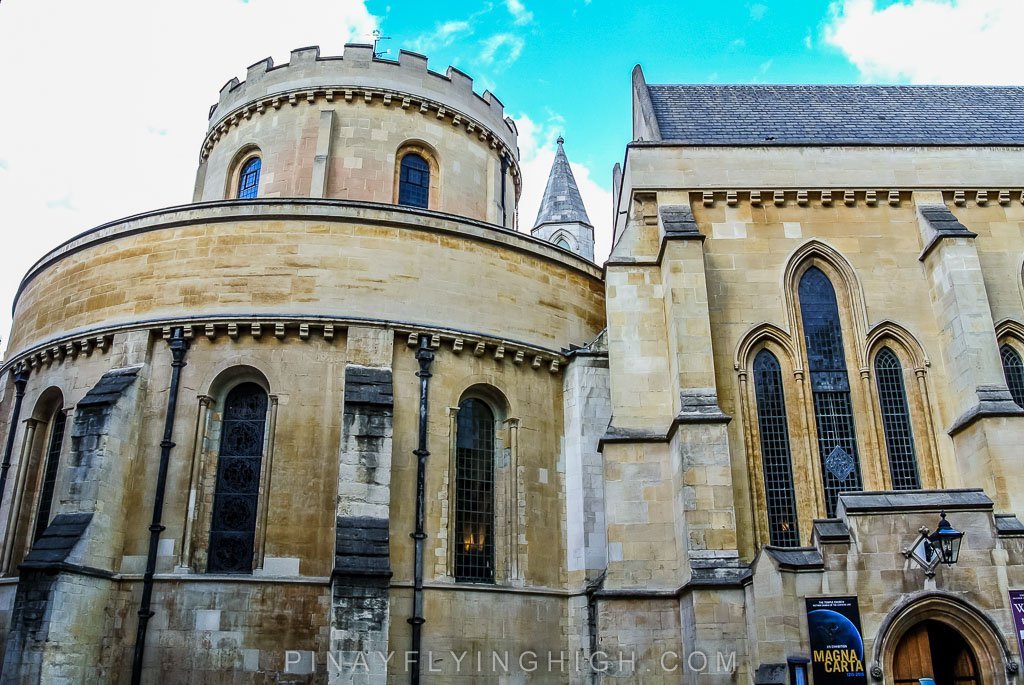 If you’re not into history or not really interested in discovering off-the-tourist tracks of London, this tour isn’t for you but if you’re like me who’d like to learn stories which makes London more interesting than it already is, it’s a highly recommended tour. Hidden London Tour does deliver to its promise and probably even more.

I am on a hunt for other interesting and unique London tours, the Churchill War Rooms might be the next place I’d explore.

I received a complimentary Hidden London Tour from Fun London Tours however as always, photos are my own and opinions stated are in no way influenced. I do plan to take all of their other tours in the future in fact, I’ve already booked and paid for another one this coming Saturday. 🙂 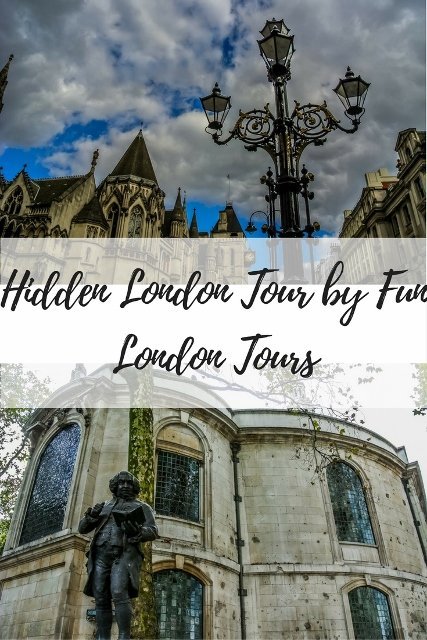 PrevPreviousThings To Do In London | Learn The Stories of The Ruthless King, Beheaded Wives and Ghosts at The Hampton Court Palace
NextUnique London Tours | Liar Liar Tour With Fun London ToursNext