Hakkatini Nights at Hakkasan Doha, A Fad or Here To Stay? 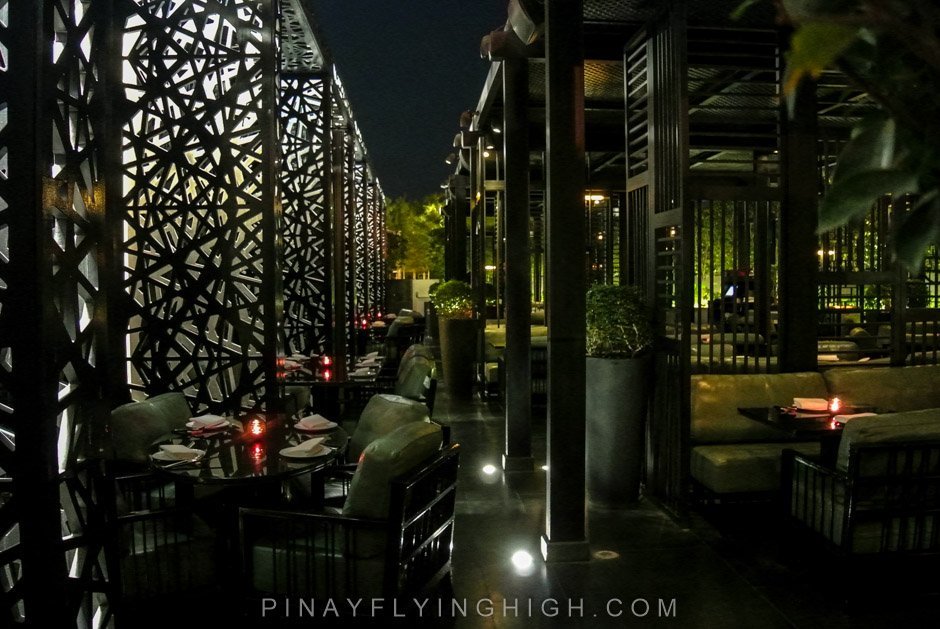 I hate going to upscale and (international) branded fancy restaurants, there I said it. I’ve always thought and believed that people who go to these places are there to be seen because it’s an international brand after all (anyone, anywhere will know it’s fab!) and not to enjoy the food which is exorbitantly priced. I always become a cynic or a critic whenever I go to such places and will always try to find something off in the restaurant – be it the food, the service or the ambiance just to prove my point that you’re paying for the branded name and not for the experience itself.

With the influx of such upscale and branded fancy restaurants in Doha, I’ve only been to one and that too was for a business lunch and a Christmas meal (it’s Christmas, that one time of the year when it’s acceptable to splurge a little). I’ve never been to any of such places and ordered from their regular menu, I’d never do that! Never!

Enter Hakkasan Doha, a restaurant which has been making the “it crowd” of the city rave with amazing reviews which was easy for me to shrug off plainly because of its name. Hakkasan boasts 11 outlets worldwide and all of these outlets have all been getting positive reviews consistently. I’m standing my ground because I have principles and will never ever visit it just to be in.

But then an email pinged in my mailbox with the information of a new concept called Hakkatini Nights and an invitation for me to try it. I was hungry, it was cheap, I said yes. All the principles gone. I’m a food whore, I know. Priced at QR98 with 2 cocktail drinks and small bites and an invitation to try it for free, who in their right mind can say no to that?

We arrived at Hakkasan Doha at exactly 7pm, greeted by a friendly hostess and were sat by the bar to enjoy a  pre-dinner drink. Aren’t we here for drinks and small bites? That thought was quickly answered by another staff of the restaurant who asked us to join them at their newly opened outdoor lounge where the bar manager was waiting for us. 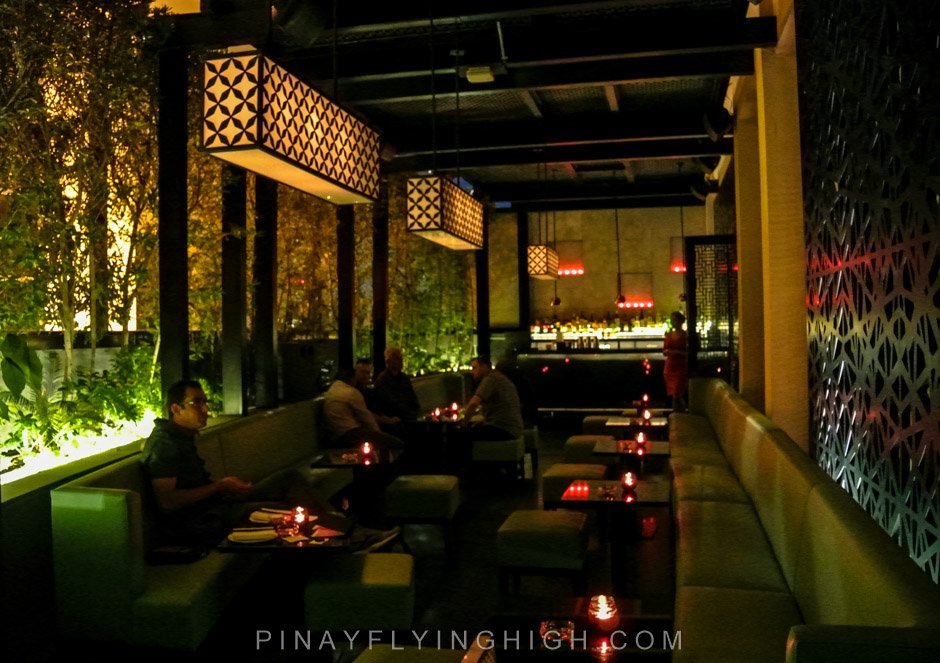 The outdoor lounge was beautiful and had an intimate setting – low lights, white leather couches and a deep house beats which was of perfect volume, not too low that you could hear the conversation of the people on the next table and also not too loud that you’d have to shout into the ears of your company. We were told that we’re the first ones to use it, if I had known that I’d be inaugurating this section I would’ve requested for a ribbon to cut before we entered.

A staff handed us the menu and explained the concept to us, you get to choose 2 cocktail drinks from a list of 5 and 1 small bite from a list of 3. It was a pretty straightforward deal and for the uninitiated like me, it will give you a preview of what a Hakkasan dish is all about. I wish I listened to the advice and reviews of the others as I was caught totally off guard. 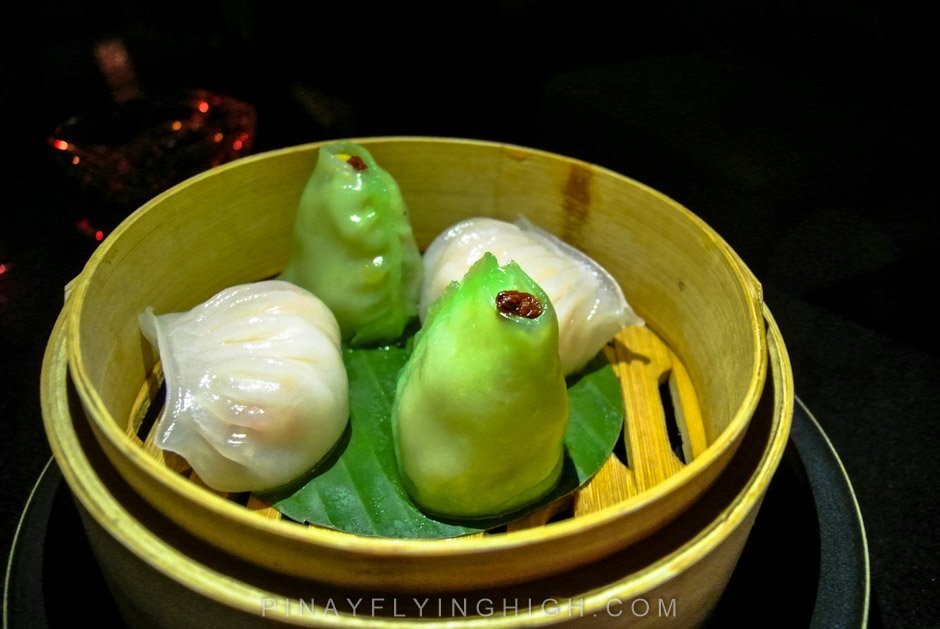 The crystal skin of har gau beamed with so much promise after I finished the first dumpling. Again, after one bite – I had to stop myself from giving a standing ovation to an invisible chef in front of me. Hakkasan is definitely not skimping on quality (and quantity). The dumplings alone are the reason to go to Hakkasan. Even my non-dumpling eating husband had an immediate conversion.

We devoured the hakka fried dim sums next, the roasted duck pumpkin puff looked like a tiny pumpkin. A sweet duck meat oozes out of it, be careful as it might create a mess on your table – like I did. Wagyu beef and mushroom puff was orgasmic. The beef was so tender while the mushroom created the beautiful contrast to its taste. Why have I been so stubborn and tried Hakkasan just now? 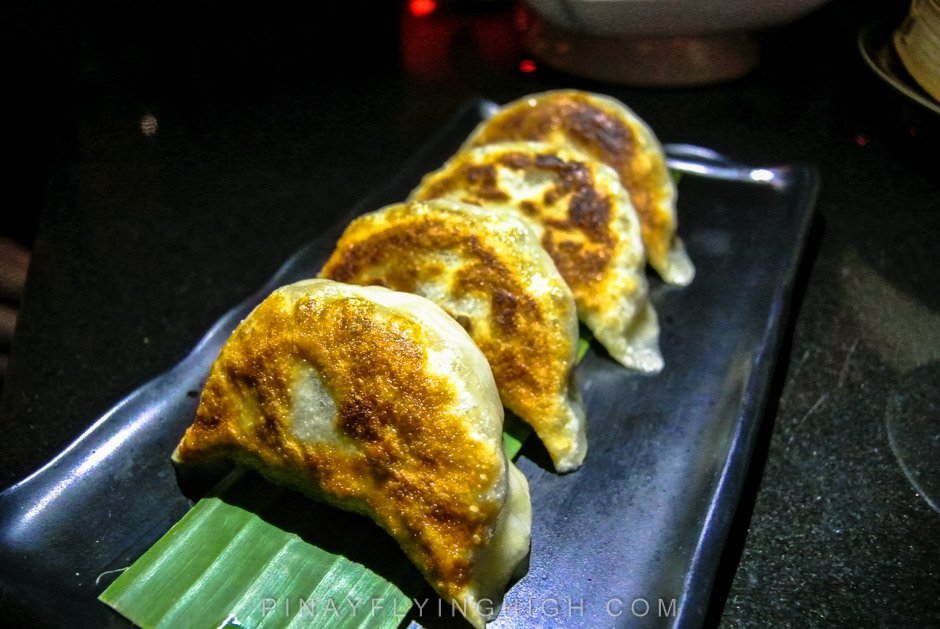 We were also treated to a plate of grilled vegetarian Shanghai dumplings, at this point I was already quite full because their small bites isn’t at all small. I of course finished my portion of this dumpling which was grilled on the outside to give a bit of a crunch on each bite.

That was all the small bites they had on their Hakkatini Nights menu however, having had nothing but expertly done dishes I wanted to try the famous crispy duck roll too that I’ve been hearing so much about. We’re already there anyway so we ordered it as an extra. 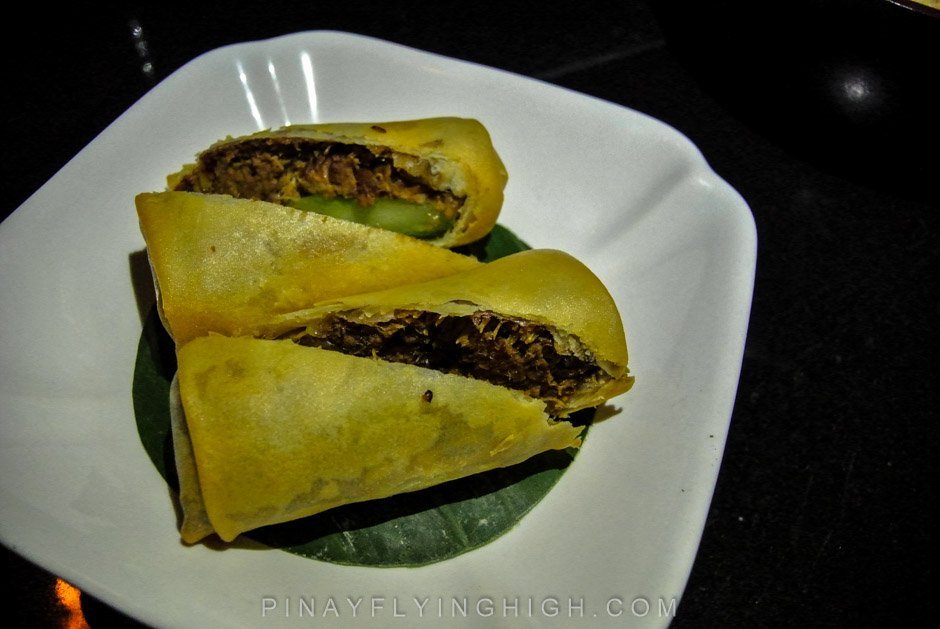 The crispy duck roll arrived steaming hot. The outer layer was so crispy that the “crunch” could be heard by the people on the table opposite ours. Filled with tasty and perfectly done duck meat with the hoi sin sauce served on the side. It’s as good as I expected it to be.

I have to admit that this dining experience made me swallow my pride together with all the delicious dishes served to us. Hakkasan proved me wrong, yes it’s a name but it’s not JUST a name. It’s a standard of food which reached new heights of excellence. Although I still believe that Hakkasan’s prices are not at all cheap, the quality of their food isn’t either. As they say, you get what you pay for and they certainly made sure that you’re only served the best.

I was a guest of Hakkasan Doha during this meal however as always, photos are my own and opinions stated are genuine and in no way influenced. 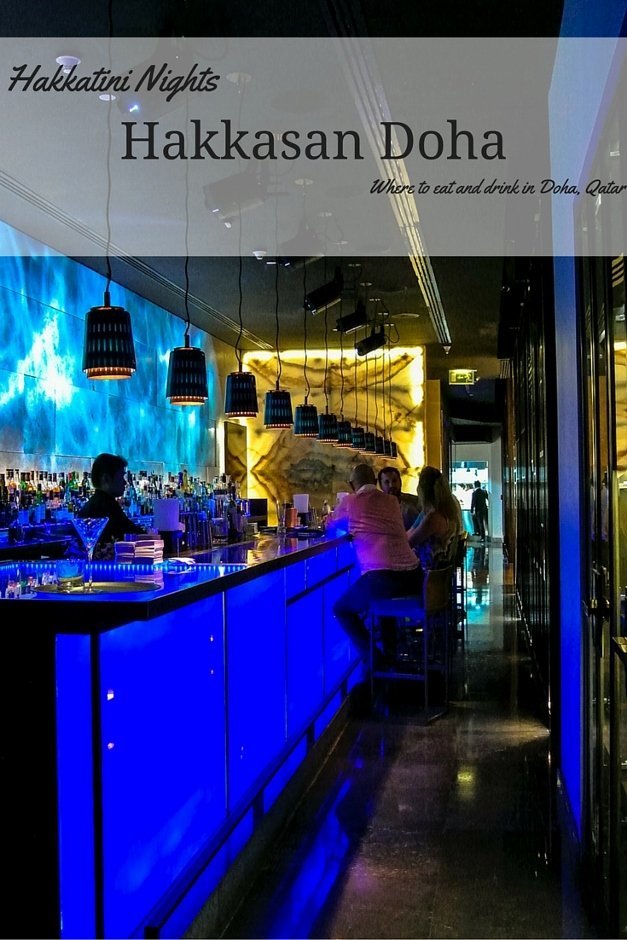 PrevPreviousDoha | When A Highly Recommended Restaurant Fails To Satisfy Your Taste Buds, Dinner At Lo Spaghetto.
NextHow To Survive The Songkran Festival At Grand Hyatt DohaNext