Guide to London for a Solo (Woman) Traveler 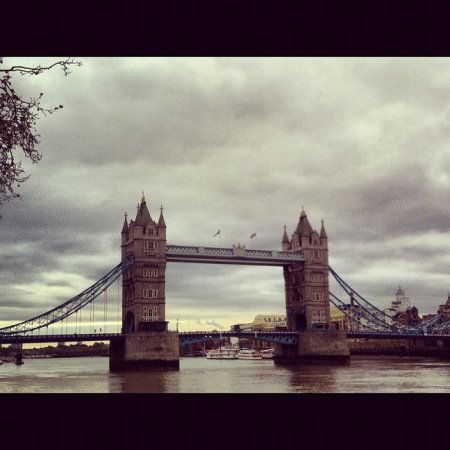 So as the last part of this 2-week celebration of my birthday, I gave myself a little treat – I went to London. All by my sorry self. Well, it’s not like I haven’t traveled alone before but I really wish I had with this trip. Why? Well, I didn’t feel like it’s a safe place to travel by yourself specially for a woman. First off, I witnessed someone getting beaten up by 2 huge guys in front of Marylebone station and after I saw that, I think I ran the fastest I’ve ever ran in my entire existence. Second, there were a lot of parts in London which isn’t very well-lit and with the gloomy weather that they have, it really gets dark in those areas. The city itself is full of beggars as well asking for spare change and when you pass by them, they’d give you a hoot or a cat call telling you how sexy your ass is. Coming from Dubai which has a relatively low crime rate compared to the rest of the world, that’s quite scary for me. But hey, I’m not saying London is totally unsafe. I mean you’d probably see this scene in any other city and being very vigilant is a MUST when you travel alone in just about anywhere. But I do hope I had traveled with someone during this trip to enjoy it more.

So how was London?

That was the inevitable question my colleagues and friends asked me when I got back. The first time someone asked me that question (by a British colleague nonetheless), I was hesitating to tell her the truth but because I’m a bit of an ass myself who doesn’t really know how to say little white lies to be polite I shyly answered back with a: “I didn’t like it”. She then responded to me that she, who is British, doesn’t like London either. My manager who’s also European told me the same thing and most of my travel blogger friends told me to avoid London too and go to some other place like Bath or York when I told them that I’m planning to go to the UK and asked them for travel tips. I don’t really know why, it just lacks character and charm that the other European cities that I’ve been to have. Even the countryside which I was really looking forward to see didn’t live up to my expectations except of course the Stratford-upon-Avon (on that later).

To tell you all honestly, I thought something is incredibly wrong with me when I was there and I kept on telling myself that it’s freaking London! You’ve got to like it! But even with herculian efforts that only I can manage, I still couldn’t pull myself to liking it until I saw Notting Hill which is probably the best place I’ve ever been to in London. It was a very short vacation too so I probably didn’t go to the right places. I think I will have to try it again and give it another chance. Anyhow, here are some of the tips I can probably give you if you’ve got 3 days in London.

1. From the airport, be it Heathrow or Gatwick, do take the express train. Do not, for the love of God, take the coach which was what I did when I arrived. It was a stupid decision as I lost a good 2 hours because the coach arrived late and there was a bumper-to-bumper traffic going into London (I arrived Friday so that probably explains everything). If you’re arriving in Heathrow, the express train drops you to Paddington station and if you’re arriving from Gatwick, the express train drops you off to Victoria station. I took the bus because I wanted to see some sights of London on the way to it, little did I know that the only sight I’d be able to see were some factories and by the time I arrived in Victoria Coach Station it was already too dark to go around. The express train cost about GBP24 for a one way ticket. No need to buy a first class ticket (like what I stupidly did) because there will be lots of places to sit on the normal class anyway).

2. Stay in centrally located hotel or anywhere which is near an underground station. I stayed at Best Western Victoria Palace which is located 5 minutes away from Victoria station. It’s also very near to Buckingham Palace, Westminster Abbey, Houses of Parliament, Big Ben and London Eye. There were a lot of pubs, restaurants, cafes and Mc Donald’s nearby (although I didn’t eat Mc Donalds even if I was dying to have one of them hash browns for breakfast). The hotel isn’t that bad either, the rooms however were very small and I was upgraded to a double room which was still too small for one Asian girl. The important thing though for me is the price, cleanliness of the room and the bathroom and of course the location of the hotel whenever I travel and this hotel definitely fits the description to a tee.

3. Do make use of the underground tube, it’s very easy to use. It’s not really rocket science to figure out where you should be going for as long as you know how to read and you’ve got a great deal of common sense. If everything else fails, you have the option of asking a local which platform you should take to go wherever you want to go. They are very helpful by the way, unlike the French who usually ignores you or pretends to not be able to speak English when you approach them for help. The only times that I’ve had a bit of a dilemma by using it is whenever I have to change platforms but someone is always there for me who I can ask for directions. I didn’t take the Big Bus Tour which probably would’ve been a very good idea because I had only 4 hours left to roam around London when I did my city tour, tourist style. I bought a 1-day valid train ticket for zones 1 and 2 (the zones for all the tourist attractions) which cost me GBP7. This was my itinerary:

I installed an iphone app called TubeMap and it helped me a great deal to go around the city. You can even access it offline, so yay for me!

It just looks complicated but it wasn’t, really.
4. Start your tour at 7am on a Sunday to avoid the crowd. Seriously, I couldn’t be much happier when I was able to take a photo of the Buckingham Palace with no tourists surrounding the gates. I did my whole tour on foot and underground station with my weekender bag slugged on my shoulders (you’ve got the option of depositing your bag in major stations like Victoria or Paddington while you roam around London) and it was such a relief that I didn’t have to squeeze my way in a bunch of tourists with that bag. I was all alone in most of the attractions that I went to and it was also very funny because I was taking a photo of the Houses of the Parliament in the middle of the road to get a better view because there were no cars as well at the time.

5. Meet a new friend during a countryside tour. I’m always lucky whenever I travel because I keep on meeting new people who are willing to show me around the city that I’m visiting. This time, I met a Chinese lady who was with the tour to the Cotswolds and Stratford-upon-Avon which I also took. Meet Yingtao.

She’s taking up an MBA degree in London. After the countryside tour, she showed me around a bit of London and we went to a pub to drink beer and eat Thai food. Haha! That was a bit weird for a pub to serve Thai food but we managed to find one. She also invited me to a Halloween party which is actually a great deal of an event for the Londoners. I saw a lot of people in costume that night inside the train.

6. Go to the countryside of England (optional). I said optional because I didn’t like it that much either. I was hoping the medieval villages of England would be as pretty as the ones that I saw in the South of France, well it wasn’t. It is good though to get out of the hustle and bustle of the city and I’d trade the city at any given time to go to the countryside where trees, rivers, streams, little houses, hills and sheeps are abundant. I would not recommend taking Premium Tours though (the one which I took). The tourist guide was a good man but he doesn’t know what he’s saying half the time. It was very unorganized (several times the guide and the driver were arguing about how many hours should we stay in one place because the guide didn’t have the programme with him) and very quick. I felt like we were in the Amazing Race or something. The worst part was, one of the passengers was left in Stratford-upon-Avon which was clearly a fault of the guide because he didn’t announce the meeting time and place before we entered Shakespeare’s daughter’s house. So the poor guy was left by himself in Stratford-upon-Avon probably because he was not there when the guide “remembered” to tell us the meeting time and place as some of the people in the group were already inside the house having tea or touring around. Stratford-upon-Avon is 2 hours away from London. I’ve no idea what happened to the guy who was left there but it was such a bad call for the tour company to come up with that decision. So yeah, don’t take any tours from Premium Tours.

So that sums up my short London tour, I will definitely go back there to give it another chance. I promise. 🙂

I leave you now with some photos, the rest of the photos are not yet edited (read: instagrammed) and I’ll probably post all of it on my Facebook page once edited.

Houses of Parliament, one of the sights I liked in London.

The road to Buckingham Palace

And now the countryside:

After that photo dump, I still have a lot of photos to upload. Hehehe. 🙂