Which restaurant served me the best steak? Without even thinking twice, I’d say Ristorante I Tre Pini in Florence, Italy. 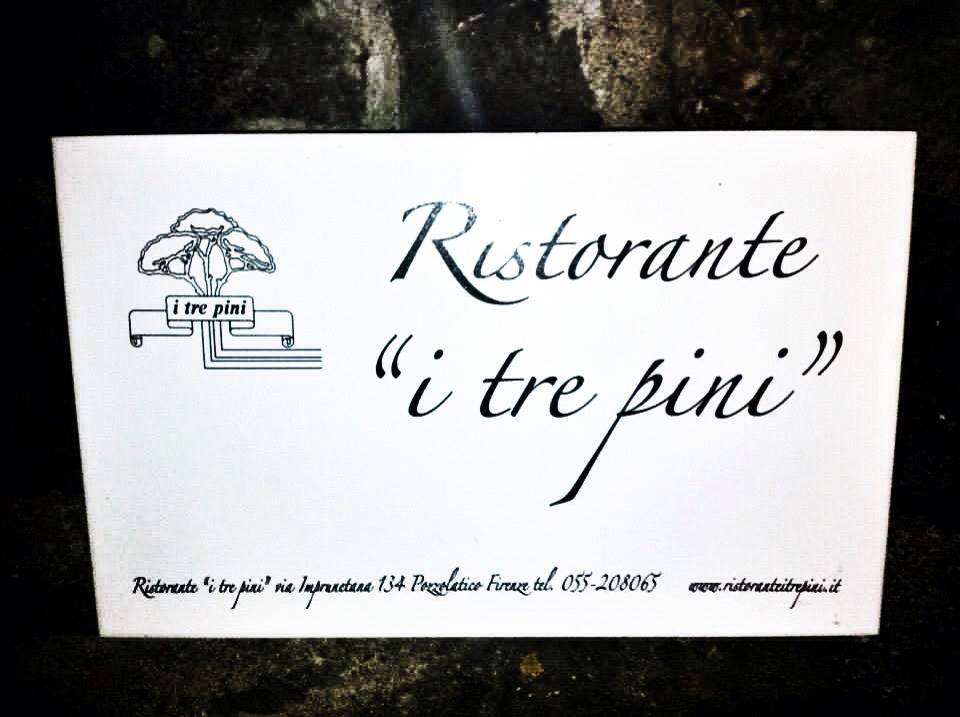 As part of our Trafalgar tour, we had the option to dine in Ristorante I Tre Pini located in the enchanting hills of Chianti. A life-altering advice that I can give you is this: if you ever had the opportunity to visit this place, never EVER and I mean EVER miss it. You shouldn’t even be thinking twice about it, whatever the cost may be. It wasn’t that much specially with the food and experience it offers. Ristorante I Tre Pini prepares traditional Tuscan recipes handed down through generations which then results to a night to remember.

We were picked up from our hotel to be driven towards Chianti. The only downside of our tour was, it was a dinner meal and was freezing cold. I was unable to see the views and to explore the restaurant grounds as it was dark and freezing, it was November when I went. We arrived at the restaurant and were immediately greeted by Libero, the owner and his staff. A glass of wine was handed over to us before we were lead to our private room for dinner. In the center of the private room was a long table where all of the antipasti were served such as olives, prosciutto, salami, mushrooms, steamed vegetables and a whole lot more. 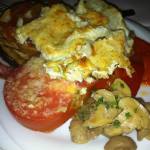 My plate of antipasti. :p 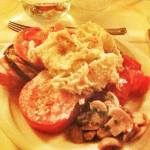 My plate of antipasti 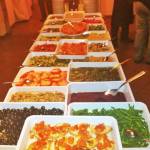 They served two pasta dishes – ravioli and rigatoni with meat sauce. Both were super yummy! 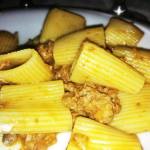 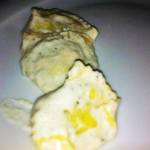 As you may have noticed, my plate had a small serving of both pasta dishes. The next meal explains why – they served the most delicious and biggest steak I’ve ever had in my 30 years of existence in this world. 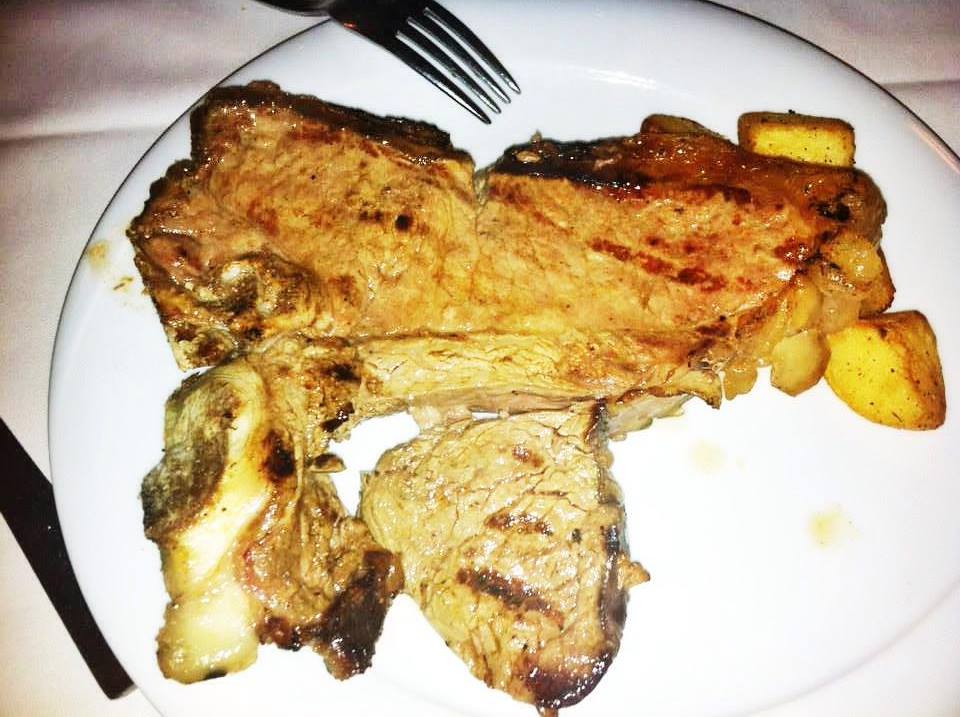 The above photo doesn’t really show how big the steak was so I’ll give you the photo below, as you can see – it’s as big as my face lengthwise. LOL

I learned how to eat a medium-rare steak in this restaurant, as how it’s supposed to be cooked. It was juicy, tasty and just really awesome! 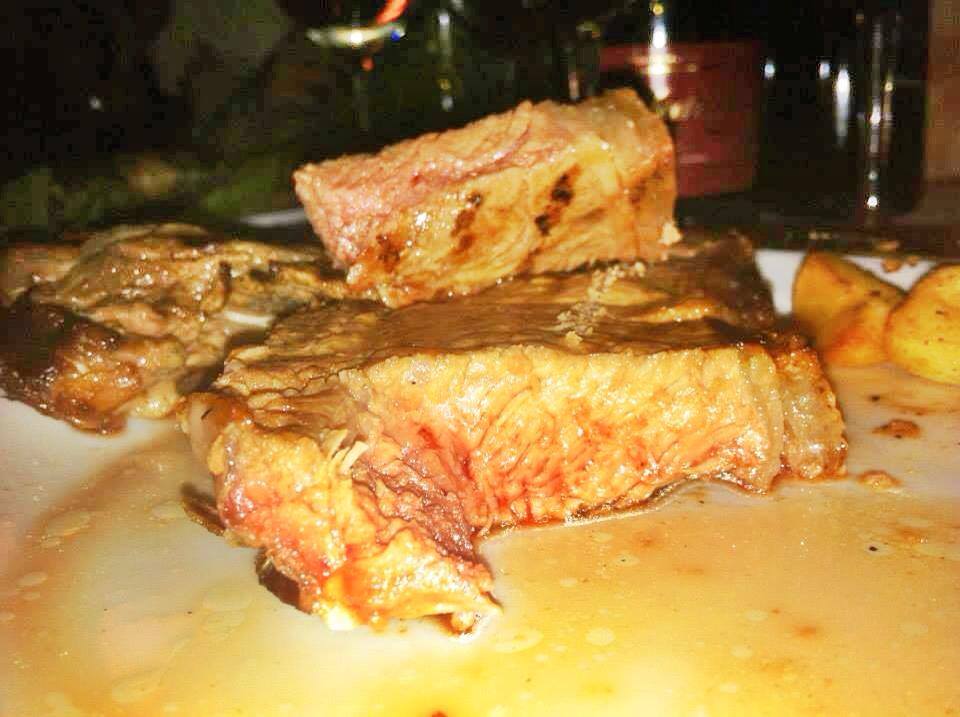 They then served tiramisu for dessert: 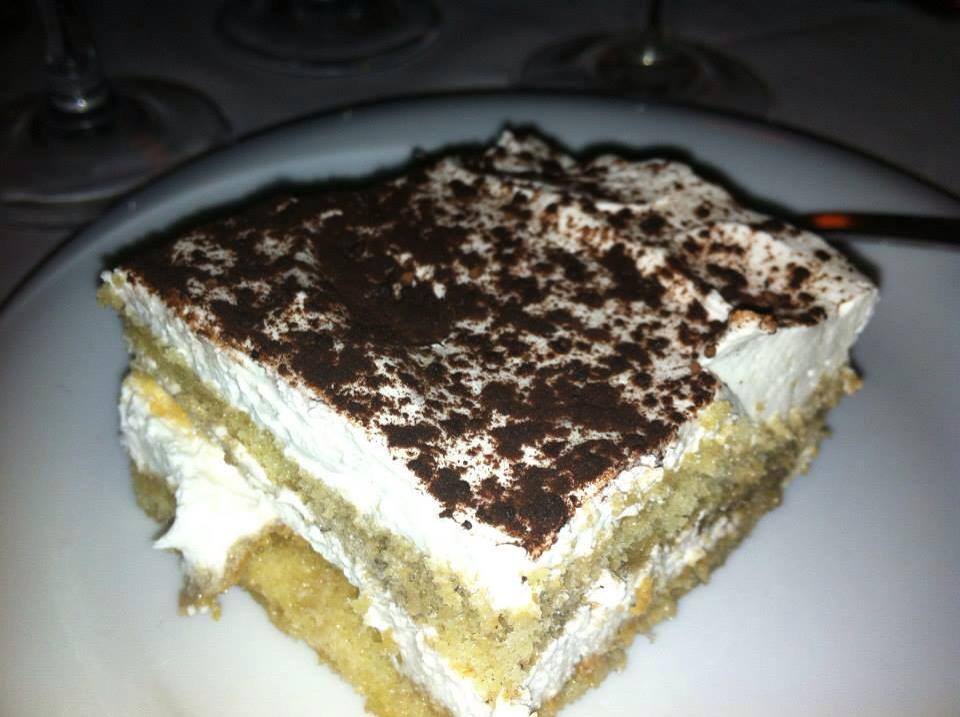 After the hearty dinner, with all our stomach full – there were a lot more of dancing, laughter and alcohol. It was a really fun night for all of us. 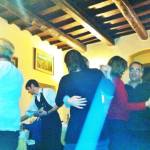 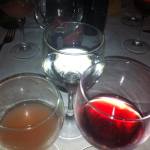 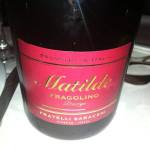 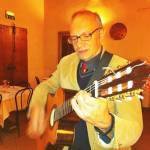 At some point, I was personally serenaded by our singer who had this Pavarotti-like voice. I, of course, being my awkward self acted silly during the whole song. 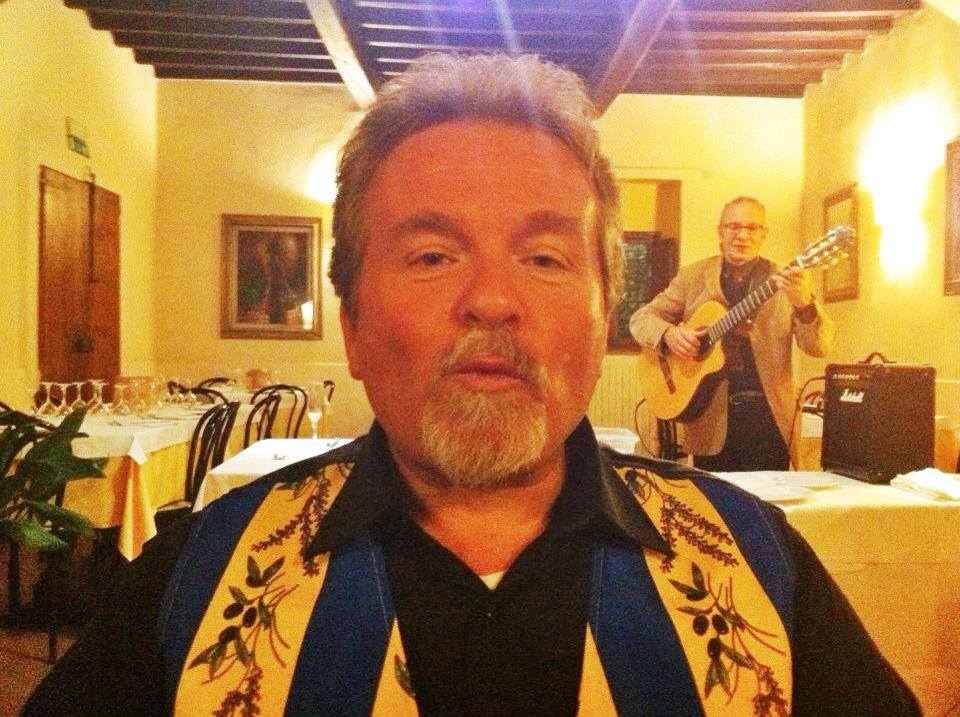 Just before the night ended, Ristorante I Tre Pini gave a cake to our tour guide who was celebrating his birthday that day. 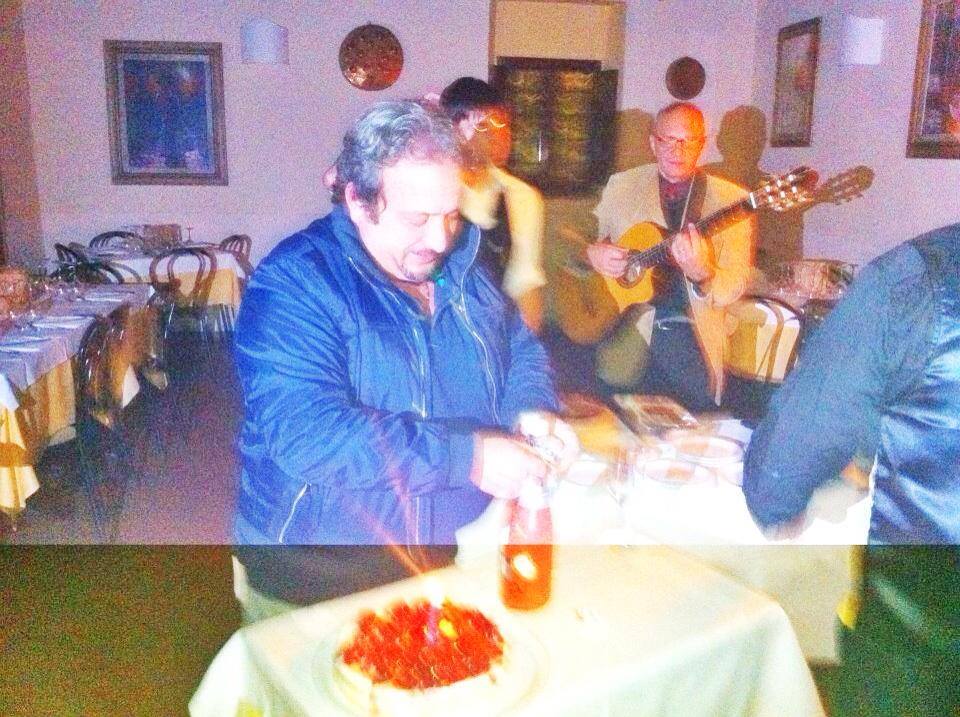 It really was a night to remember with all the Tuscan food, Italian hospitality and company of great people from the Trafalgar tour. As I’ve said, never miss an opportunity to visit Ristorante I Tre Pini.

PrevPreviousThings To Do in Venice: Feel the love in this romantic city.
NextThings To Do in Rome: Visit the Holiest Catholic Site – St Peter’s BasilicaNext