The One About Exploring Monterey and Beyond 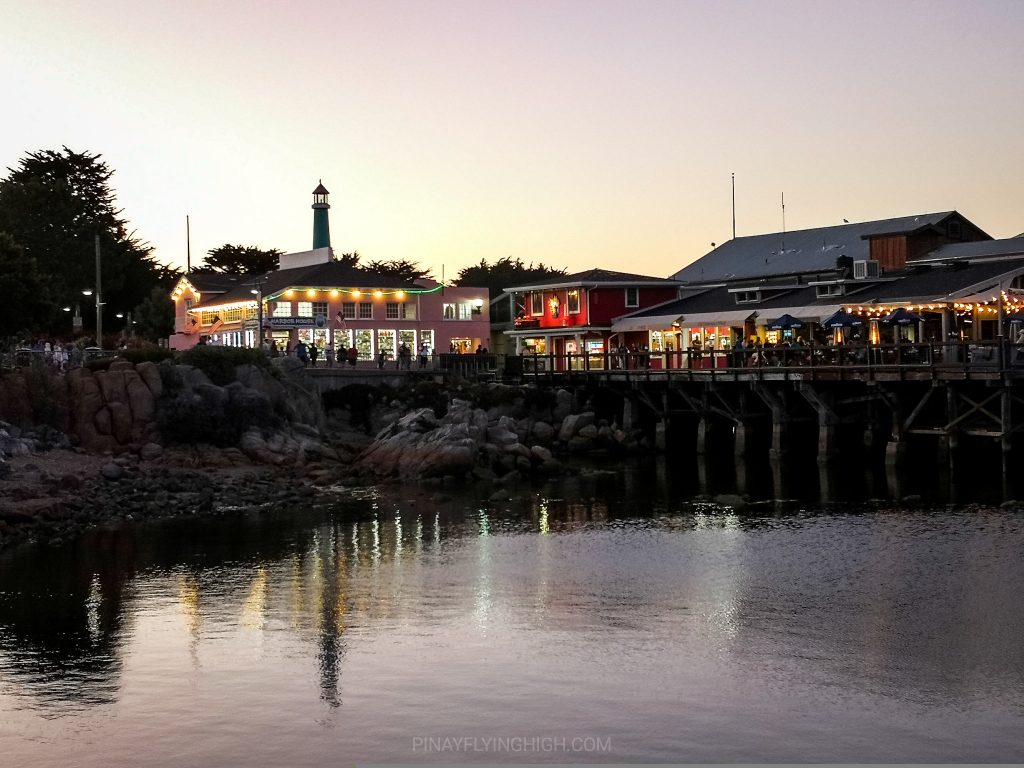 I love this area of California, Monterey is a great base for you to explore so many beautiful places within an hour's drive. I can stay there for a week and not run out of things to do and places to see.

We woke up in our smelly room early in the morning, I’ve been waking up between 5am and 7am no matter what time we slept the previous night. Jetlag is a b*tch and I can’t easily shake it off. We went to Denny’s for breakfast and had the experience we expected we’ll have – bad coffee, greasy food, the waitress mixing up all the orders of the tables she’s attending to and hair in my hash brown. I loved it and it’s not sarcasm. I probably would have been disappointed if I received a different experience, I mean if you expect to have a 5-star quality food and service from Denny’s then you may have to question your life choices.

After breakfast, we walked around Monterey and found out that they’re having a Greek Festival – much to the Greek Mister’s delight. He is so obsessed with anything Greek and I don’t think it’s normal. He’s extremely proud to be Greek that his head pops out like a meerkat if anything related to Greece is ever mentioned in a movie or TV series that we’re watching. I mean I too am proud to be a Filipino but not to his extent.  There were food and drink stalls and even a live band playing Greek music at the festival. I walked around Monterey and left the Greek Mister gleefully listening and singing along with the Greek band. Against his will, he joined me after his beer and explored Monterey with me.

The Old Fisherman’s Wharf is a place in Monterey that I didn’t get to explore the first time I was here because we stayed only for a night then and our hotel was in Cannery Row. There are lots of dining and shopping options at the wharf and we were surprised that the prices were normal, not overpriced like LA’s. Whale watching, fishing and sailing tours also board from here and there are lots of companies that you can book these water activities here.

I saw Paluca Trattoria’s now famous seafront seating area. If you’ve watched Big Little Lies, you’ll recognize this as the café where Madeline, Celeste and Jane constantly meet up for coffee to gossip.

The Old Fisherman’s Wharf, I later found out, was the harbour where the goods from the Philippines were dropped by the Spanish empire which occupied the land until the early 1800’s. Monterey was the capital of California during the time when Mexico was still a part of it.

We walked by the seaside promenade to go to Cannery Row, which I would say is a bit more upscale with its historic and picturesque charm. In the late 1800’s Monterey’s fishing industry was established and this area would later become the hub of sardines canneries. It is now a major tourist destination in Central California with its lavish seafront hotels and restaurants as well as many shopping options.

Afterwards, we went back to our car and drove towards Bixby Bridge. The Greek Mister, sensing my disappointment over the fact that we didn’t see Bixby Bridge the previous day as it was already too dark when we passed by it, promised me that we’ll go back there the next day to satisfy his photo-addict wife. Isn’t he the bestest?

We got stuck in an hour-long traffic though on our way there, every single tourists decided to see the bridge at the same time as we did. Cars were lined up miles away to park near the viewpoint to take a photo of this stunning scenery. Not to mention that the entire viewpoint is also filled with people with their long ass selfie sticks. It didn’t look as chaotic as this when we went here the last time, if I had known that this is what we’ll face, I wouldn’t have bothered. It was still worth it though but maybe try to go there earlier in the morning. 🙂

We then drove towards Rocky Point Restaurant which is in my California bucket list. It’s one of the very few places that I’ve marked as “must stop at” in my list (I literally do have a list, it’s not imaginary). I constantly search for restaurants or bars with a view or outdoor seating when we travel and this comes way up the top of my search results and eventually to my list. The view from this restaurant is so stunning that I told myself I need to go there. Sadly, we weren’t hungry yet and The Greek Mister can’t really drink as well because he already had his one glass of beer driver limit in Monterey.

We headed to Carmel-by-the-Sea afterwards, again very high up on my list as I didn’t see it the first time I was in Monterey. Carmel is a fairy-tale village, almost too perfect as per the Greek Mister and that’s why he didn’t like it as much as I did. It’s known for its rich artistic history, the beautiful architecture, the meandering alleyways and its beautiful natural scenery. An afternoon is not enough to explore the area, I needed at the very least a whole day to see it but I made do of what I can discover and immediately set on foot and explored it.

The last one is my favourite but quite frankly, I wouldn’t want to wear heels while walking in its steep and uneven streets.

Nowadays, Carmel is a haven for artists with so many art galleries dotted around the village. There are also a huge number of restaurants, cafes as well as wine cellars and tasting rooms if you fancy some wine tasting. And just like these aren’t enough, they also have a massive beach at their doorstep. Seriously, if the Greek Mister’s going to tell me that we’re moving to Carmel tomorrow – my bags are already packed!

We went back to Monterey’s Old Fisherman’s Wharf for dinner at Domenico’s On The Wharf which again was high up in my list of places to eat. We had a reservation and were lucky enough to be seated by the window with the view of the pier. We had an amazing seafood dinner but I’ll have to say that the best dish that we’ve ordered was the sardines. It was so good that my mouth’s watering just writing about it.

It was a great day in Monterey, until we needed to go back to our smelly hotel room.

PrevPreviousThe One About Our Drive from San Diego to Monterey
NextWhat Happened San Francisco?Next