Save The Best For Last, A Night at The Emperor Cruises, Halong Bay 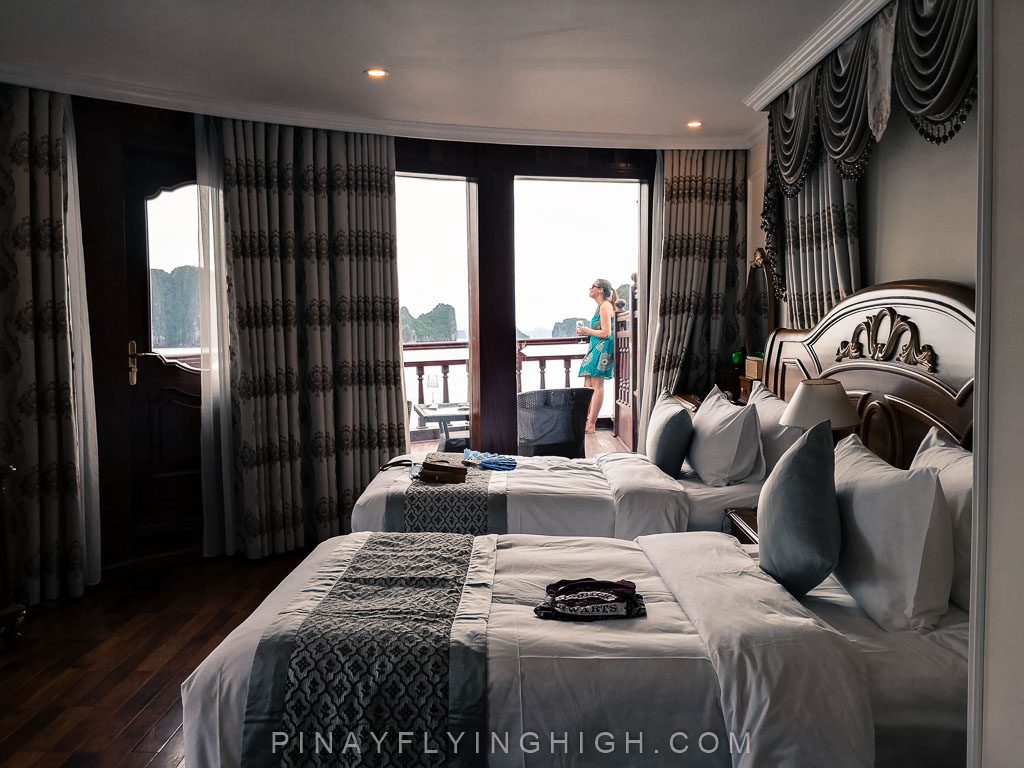 As a travel agent, I’ve always arranged a Vietnam holiday itinerary from South to North because I’ve always thought that ending your tour in a Halong Bay cruise will be the highlight of the trip. I wasn’t wrong at all, all throughout our journey in the beautiful country of Vietnam – our experiences were getting better and better as we visited different cities along the way. Thankfully, our Halong Bay cruise didn’t disappoint as it definitely surpassed all of the great experiences we’ve had in our trip. 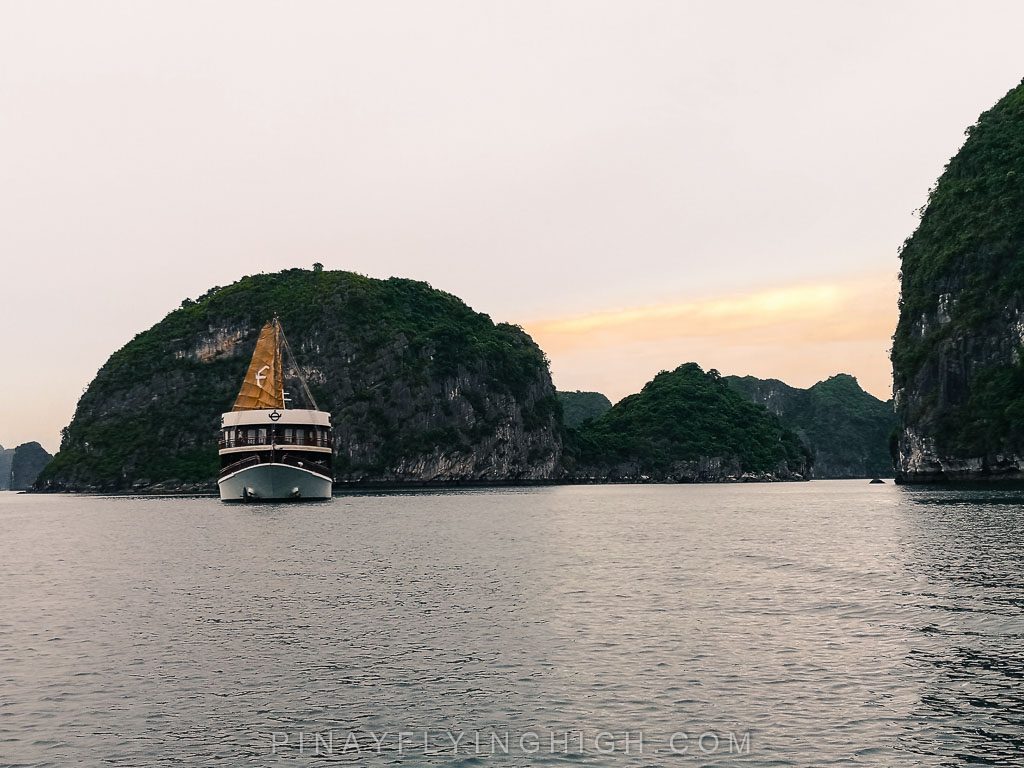 Halong Bay is famous for its scenic beauty and is often listed as one of the natural wonders of the world. The bay is surrounded by over a thousand limestone rocks arising from the sea covered in thick foliage and some with caves. It is a UNESCO World Heritage Site and a large part of it is officially protected from any developments. 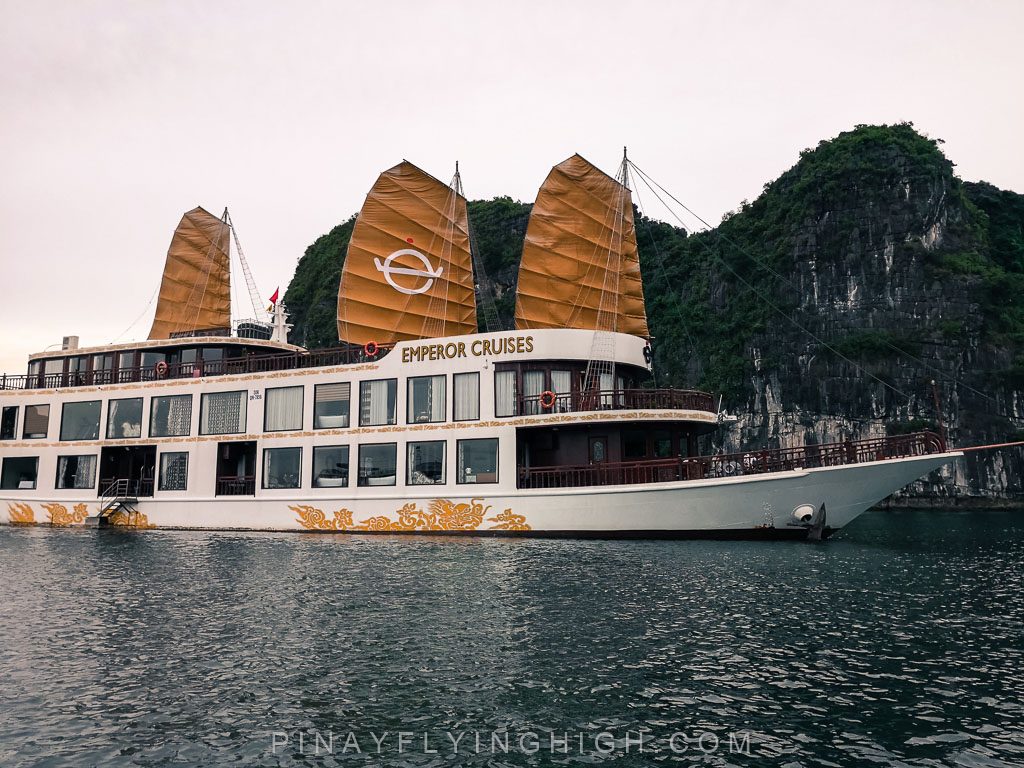 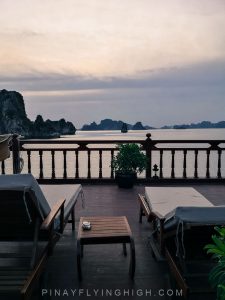 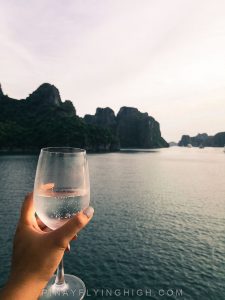 A lot of people who’ve been to Halong Bay have mentioned that it’s not worth visiting anymore as it’s congested with too many cruise ships all around you however, this is one of the things why you’re paying a premium price with Emperor Cruises as they cruise through Bai Tu Long Bay away from where the other cruise ships go. There were still some other ships around us but I didn’t even notice them that much since we still had amazing, uninterrupted views from our ship. 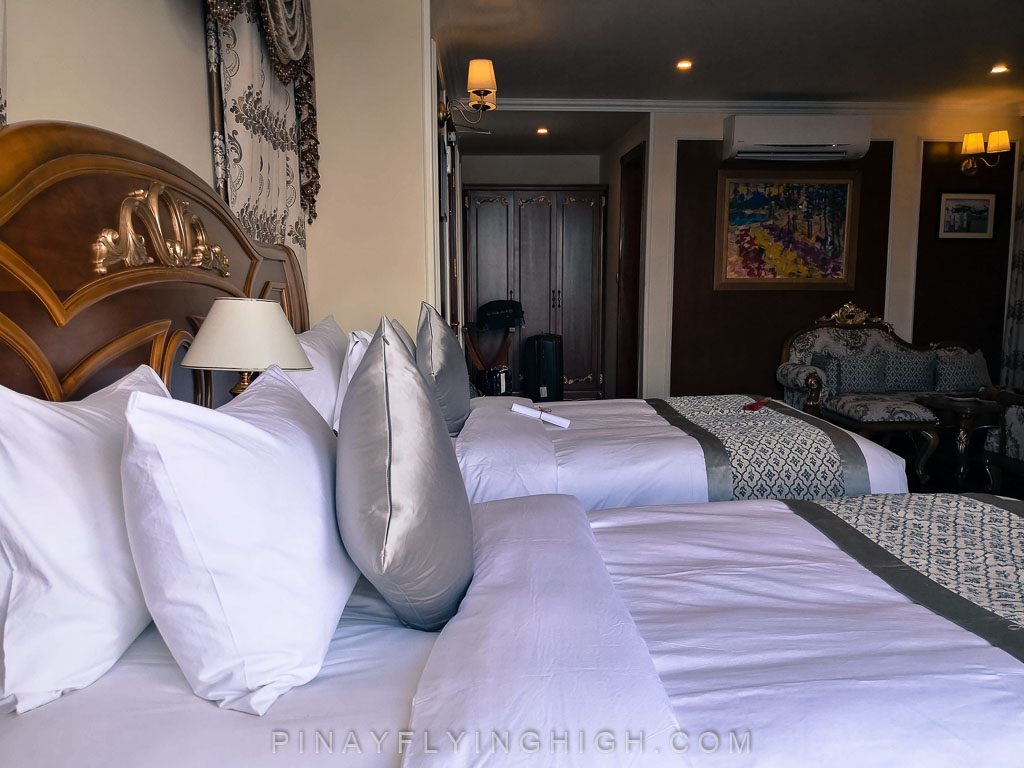 We boarded the magnificent Emperor Cruises at around 12:30 noon, the staff onboard were all waving to welcome us as our small boat approached the ship. We were immediately checked-in to our suite which surprised me as I wasn’t expecting such a spacious room aboard a cruise ship.

Emperor Cruises only have 8 suites onboard so the service is very personal. It’s the only all-inclusive cruise in Halong Bay but because of its exclusivity, it is not crowded at all. The cruise started with a set menu lunch, dishes served were very delectable. Ingredients were so fresh and cooked to perfection, the highlight for me of course was the whole lobster for main course. 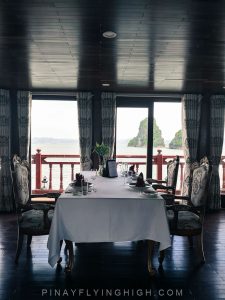 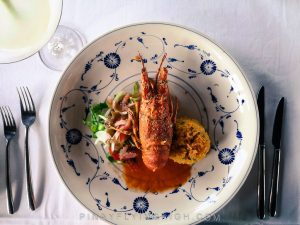 We were given our itinerary for the day after lunch, all of the activities are already included in the price that you’ve paid but you don’t have to do any of it if you don’t feel like it. It was hard for us to leave the comforts and the luxury of our suite but I thought to myself that I should definitely make the most out of this experience and join as much activities as I can. 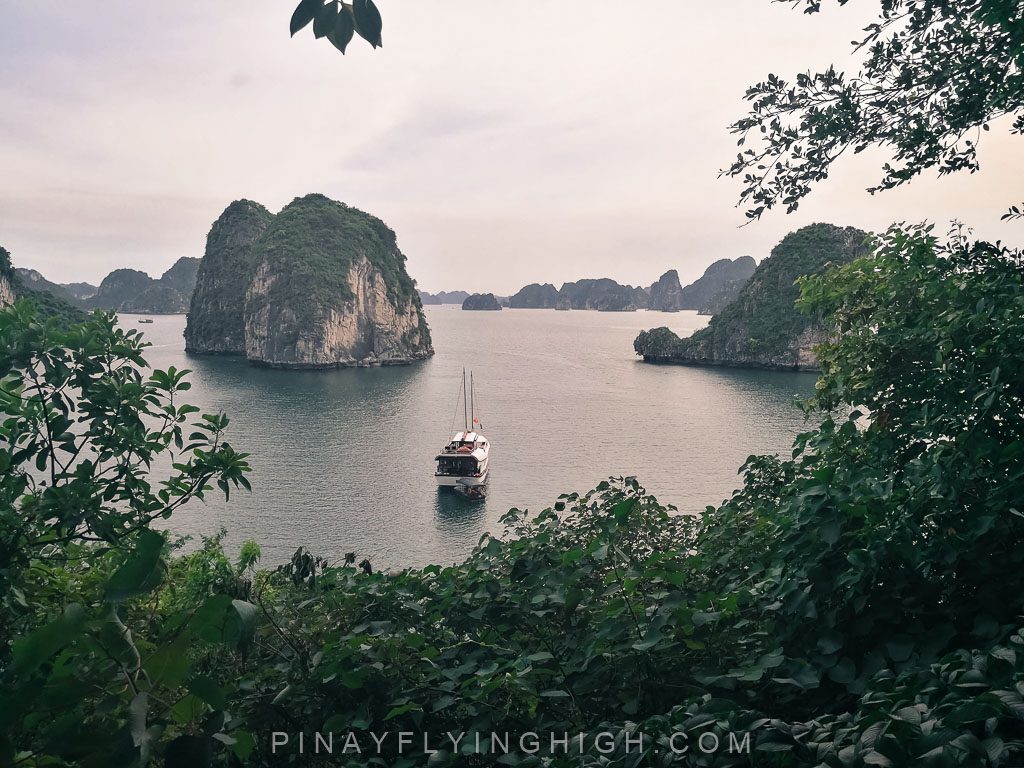 The first activity was to explore Hon Co Island and the Grass Cave. We were warned that there will be 80 steep steps to reach the cave but there’s a promise of a fantastic view from up there so I braved it, obviously. I am the most inactive person in the world but I can climb mountains if there’s a promise of a good view. Seeing Halong Bay from a different perspective was totally worth the climb. 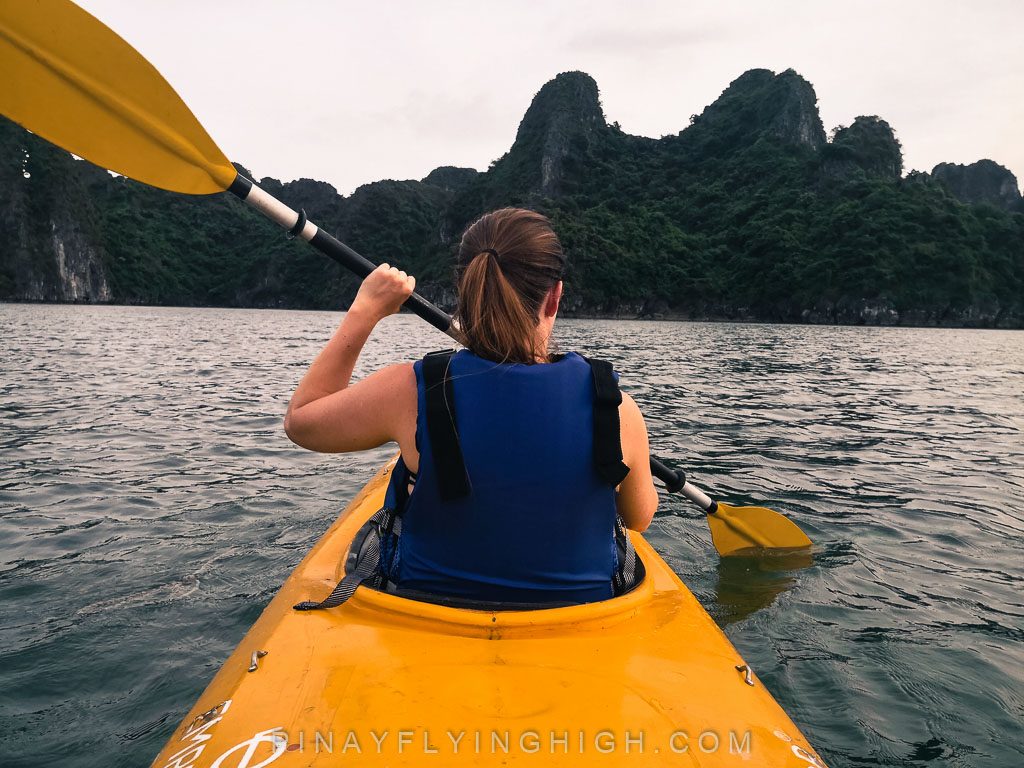 We went back to the ship afterwards before heading out again for a kayaking trip. I’ve never kayaked before but as I’ve said earlier, I’ll make the most out of this stay so I joined the trip. I wasn’t physically and mentally prepared for it though, just as we started kayaking away from the ship my left shoulder immediately began aching. We were the last kayak in the group and I think we stalled them because of our maneuvering inability and overall slowness. To be quite honest, I didn’t quite enjoy looking at the views because I was too busy paddling away to catch up with the rest of the group. At some point, I wished that the ship will pick us up from our kayak instead of us going towards the ship. :p 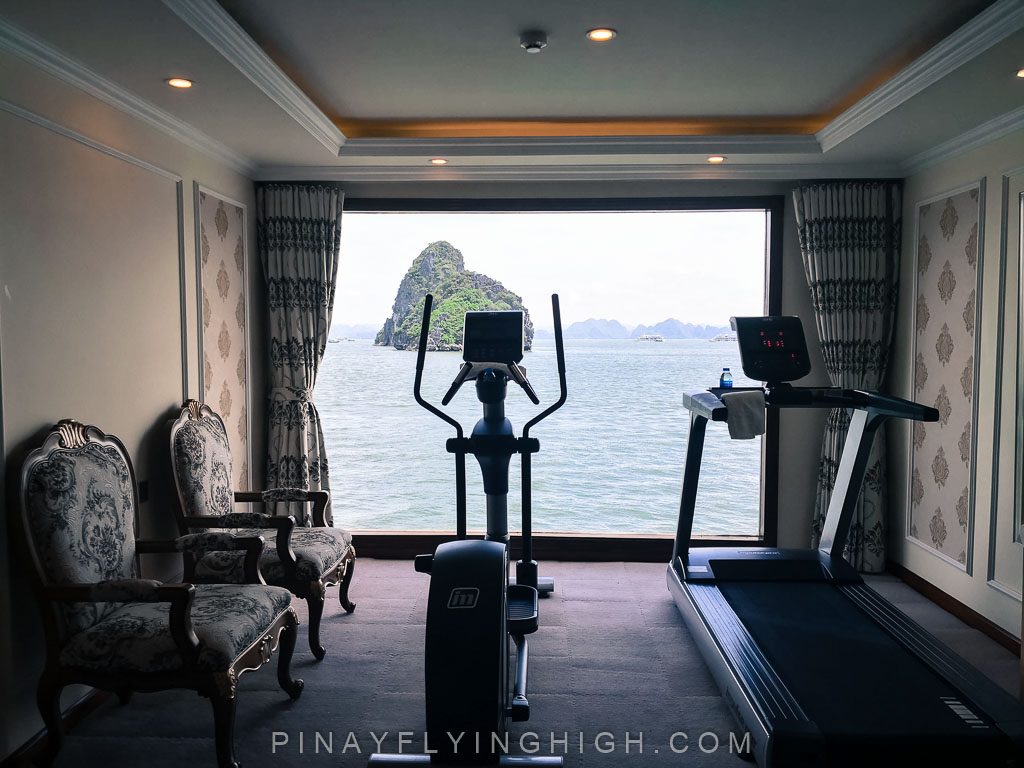 As we returned to the ship we had some time to enjoy the views around us before heading for a cooking class. We were taught how to make Vietnamese fried spring rolls which was made interesting by the commentaries of our teacher. We had an a la carte dinner afterwards while being serenaded by a two-piece string band which made the ambiance even more luxurious. Dishes served were once again high in standards, I had to send my compliments to the chef. After dinner, I had a stone massage which again is already included in the price that you’ve paid. It was the best end to a busy day. 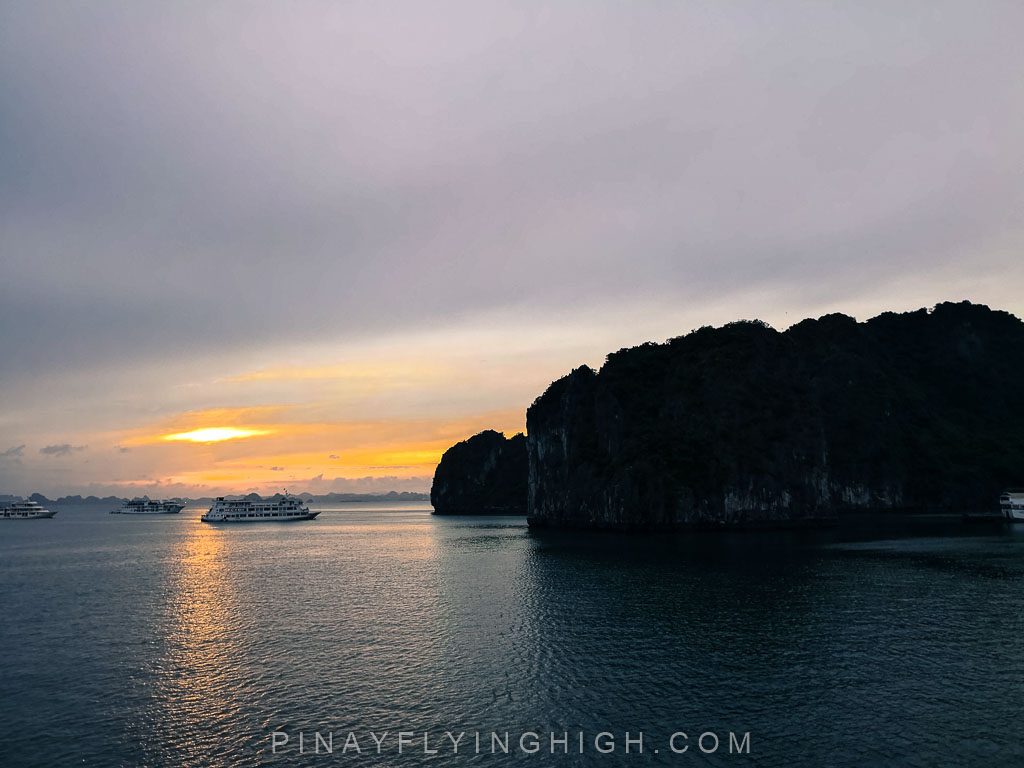 I woke up very early the next day to witness the sunrise from the ship’s sundeck and to enjoy the scenic beauty of Halong Bay more. After a light breakfast, we had an excursion to a nearby fishing village which to be completely honest – I wasn’t a huge fan of. I think that it’s quite hypocritical not to allow swimming in Halong Bay when there’s a floating village in the same area. I noticed quite a lot of trash around where the floating village was which actually made me sad. This is their livelihood though so removing the floating village dwellers from there would mean taking away their livelihood from them, I just hope Halong Bay’s pristine beauty won’t be completely ruined in the future. 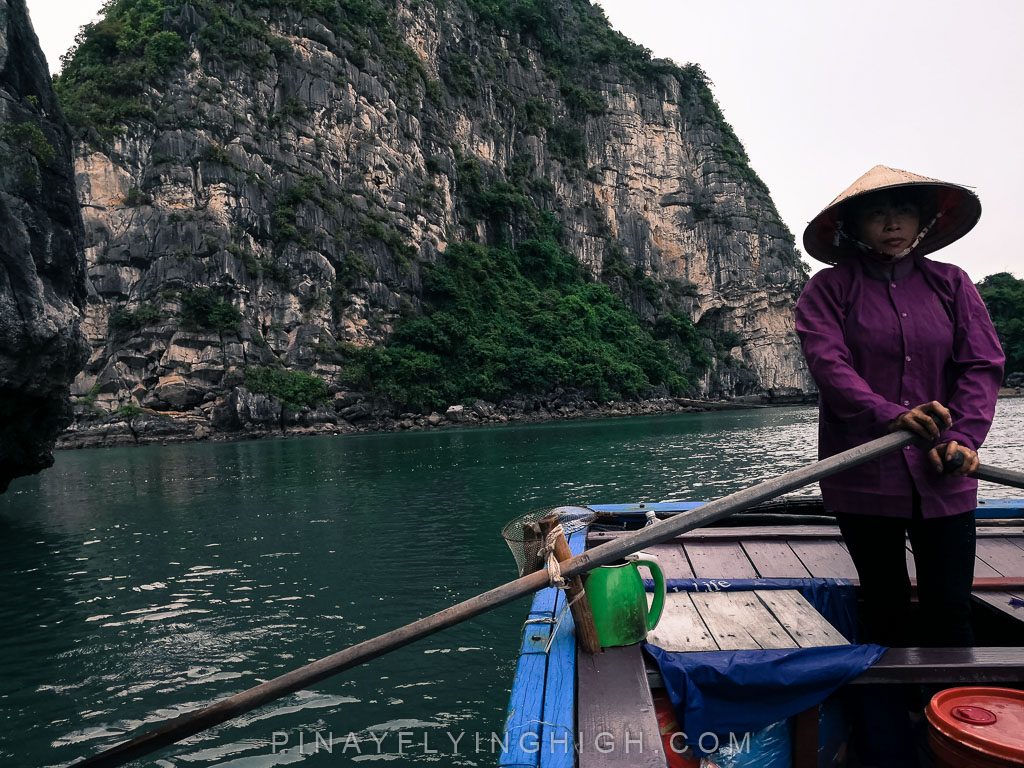 We went back to the ship after the excursion where they served a buffet breakfast as we cruised back towards the port area. With a heavy heart, we checked out of the cruise ship and bid farewell to the fantastic and hospitable staff of Emperor Cruises. 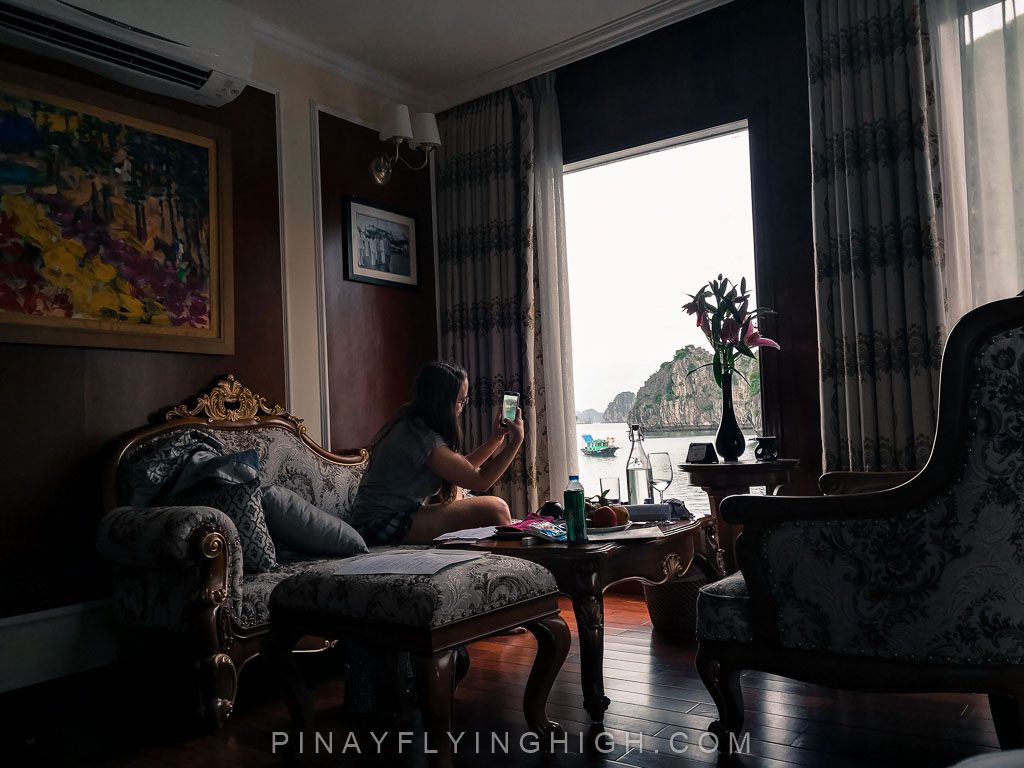 It’s definitely the highlight of our Vietnam trip for me. The beauty of Halong Bay is breathtaking and such a unique place to see. I am already planning my return to this beautiful country with The Greek Mister, I want to share each and every fascinating places that I’ve seen with him specially Halong Bay (and hopefully) aboard Emperor Cruises.

Here’s a short video of the last part of our Vietnam trip, from Danang to Hue to Hanoi and finally Halong Bay. 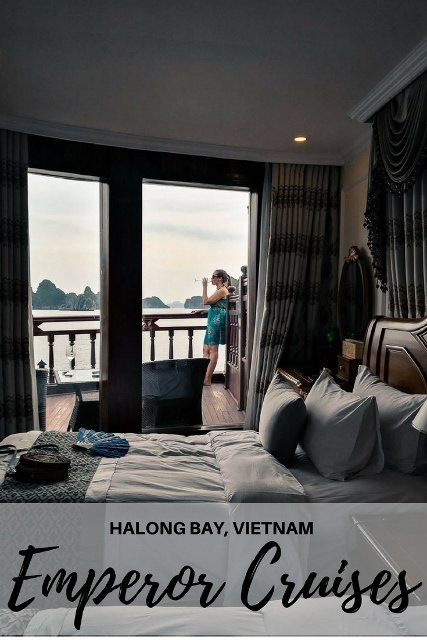