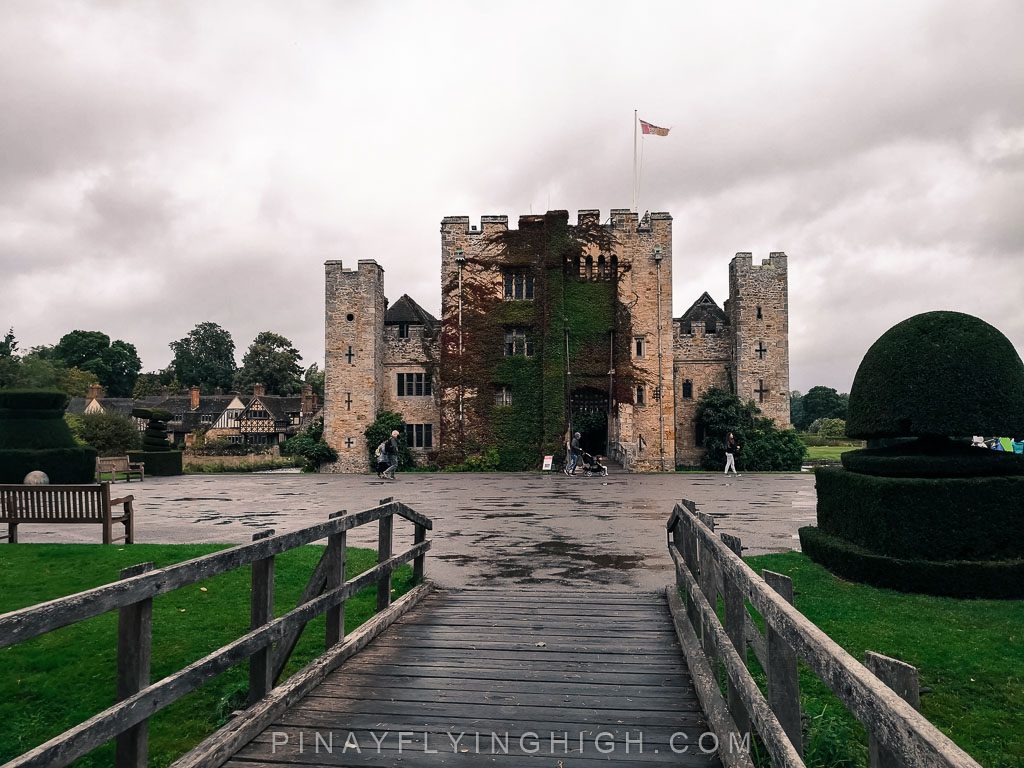 If Helen of Troy had a face that could launch a thousand ships, then Anne Boleyn’s can start an entire new religion that will change a country’s history forever. Since moving to London, I’ve been obsessed with Henry VIII’s stories and his 6 wives and for whatever reason, I have this weird fascination about Anne Boleyn specifically. I don’t really know why because she’s certainly the antagonist in Catherine of Aragon’s point of view since Anne stole her husband/king from her but there’s something about Anne Boleyn’s character that fascinated me. Maybe it’s her I-don’t-care-what-other-people-think attitude? Or maybe it’s her strong will to get what she wants? Clearly, there must be something about her that Henry VIII saw and he allowed her to manipulate him up to the extent of creating an entire new religion so that he could marry Anne Boleyn.

A little brush up on this history, Henry VIII was married to Catherine of Aragon when he fell in love with Anne Boleyn. The Catholic Church didn’t want to grant him divorce so he broke away from the authority of the Roman Catholic Church and founded English Protestant Church and proclaimed himself as the Supreme Head of the Church of England so he could marry Anne Boleyn. 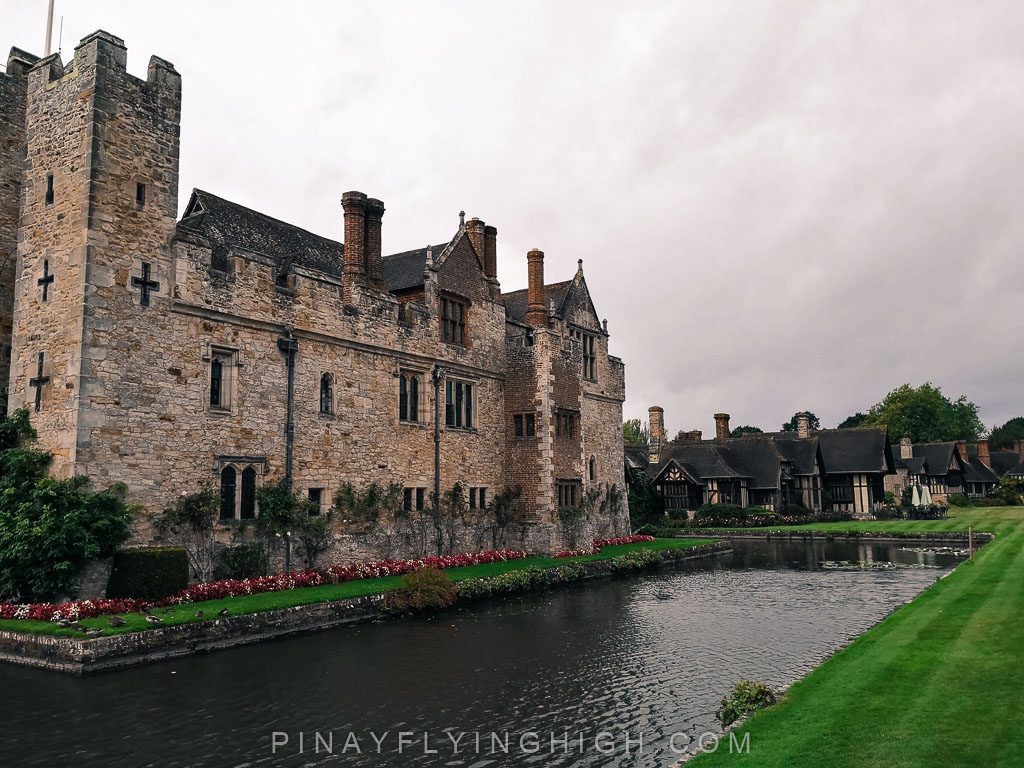 If like me you are into history and have a sick fascination about Anne Boleyn, her childhood home the Hever Castle is definitely a place for you to visit. I’ve been meaning to explore it for as long as I can remember but only had the chance to do so a few weeks ago. With my luck, of course I had to choose a day when the weather was temperamental with sun and rain trying to take over the day. I booked my train ticket to Hever a month in advance and paid GBP16 for a return journey from London. The journey was an hour and half with 2 train changes, 1 in Clapham Junction and 1 in East Croydon. From Hever station, it was a mere 20-min walk to the castle which wasn’t very pleasant if you ask me as there was no footpath to take so I basically had to walk on the narrow road and prayed that I won’t be hit by a car. Thankfully, I survived the day unscathed. 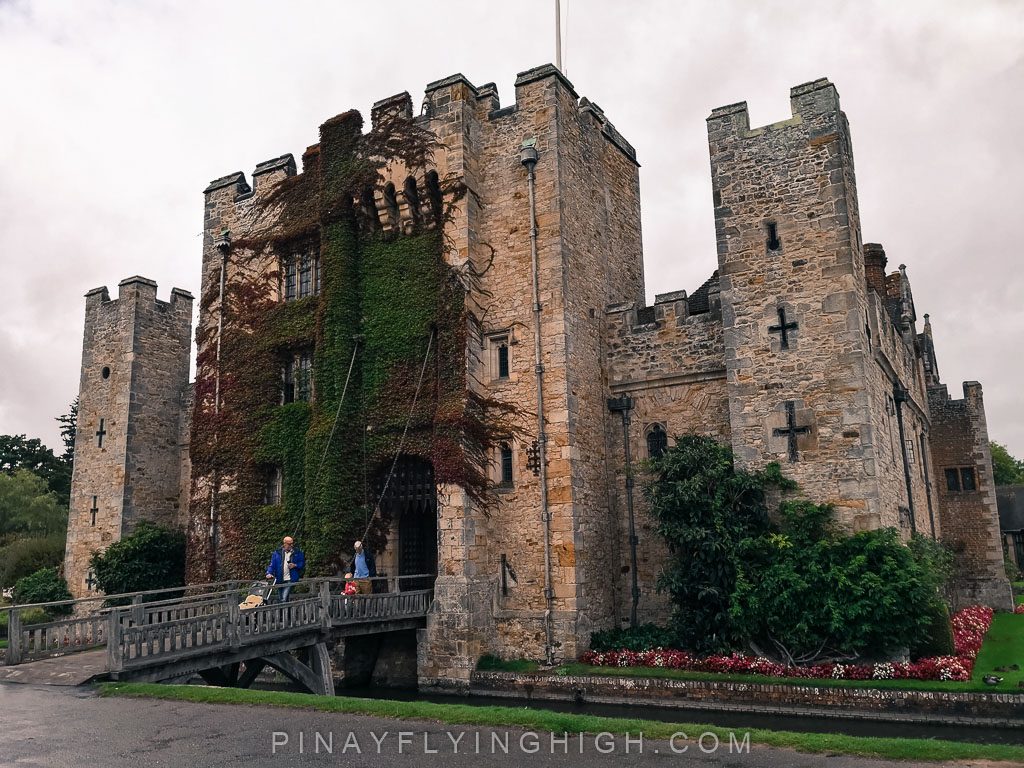 I could hardly contain my excitement when I saw the castle itself, it’s a small one compared to other castles in England but I think its size added a bit more charm to it. Complete with a drawbridge and moat, it’s every little girl’s dream to live in one. What must’ve Anne Boleyn felt like when they moved into the castle in 1505, she would’ve been 4 years old then. As I walked into the castle and explored its rooms and halls, I couldn’t help but imagine that these are the exact same rooms and halls that the little Anne Boleyn together with her brother and sister played.

Hever Castle fell into decline and William Waldorf Astor, a wealthy American acquired it and spent a great deal of time and money to restore the castle. You can see some of the rooms restored during Astor’s time into a more modern Tudor style. He also transformed the marsh surrounding the castle into stunning gardens. 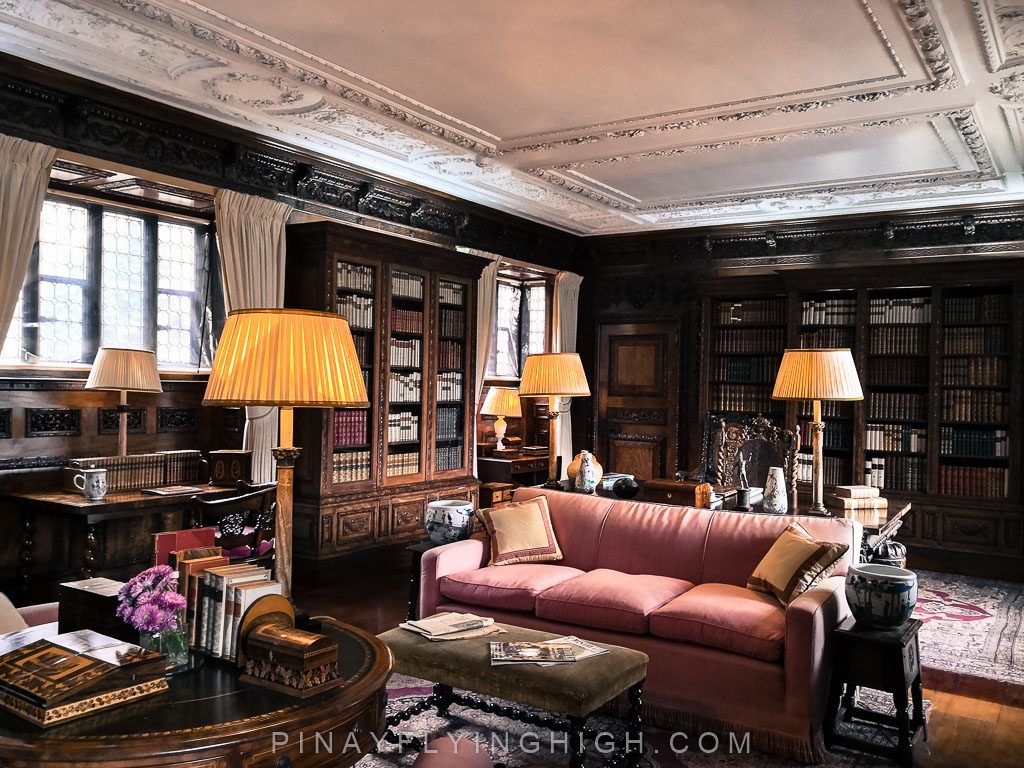 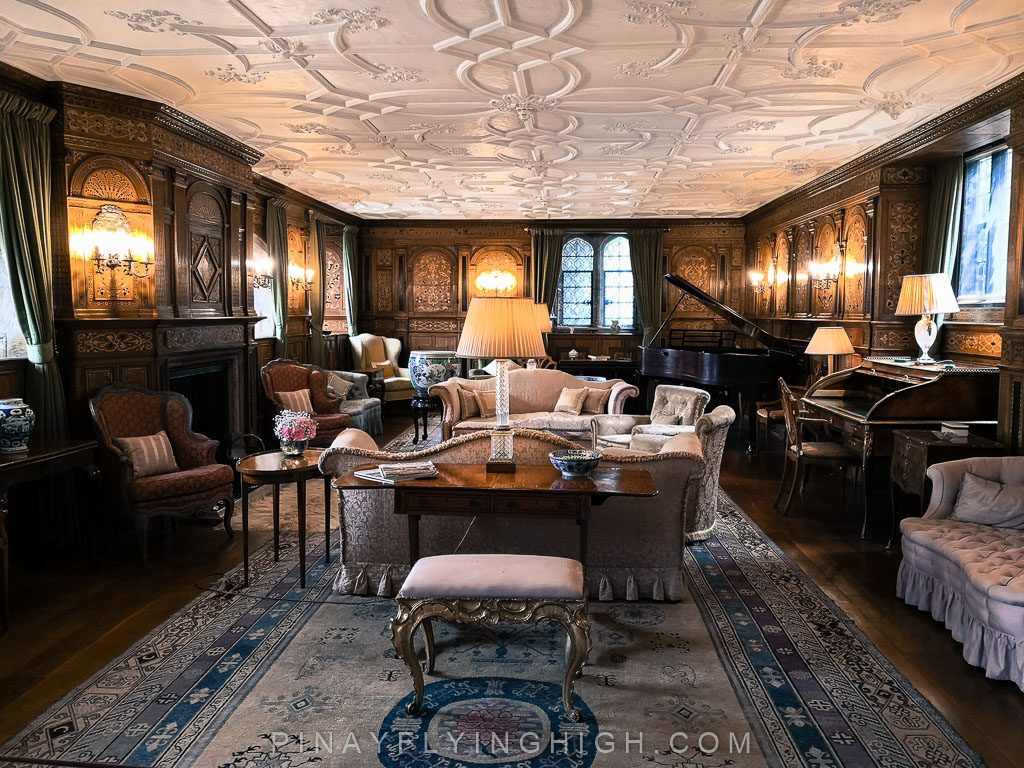 One of my favorite rooms in Hever Castle was the Dining Hall where the Boleyn family would entertain guests. There’s a huge fireplace on the right side with elaborate design but what piqued my interest the most was one of Henry VIII’s locks on the door of the Dining Hall. Henry VIII took his personal locksmiths wherever he goes for added security to avoid assassination attempts. 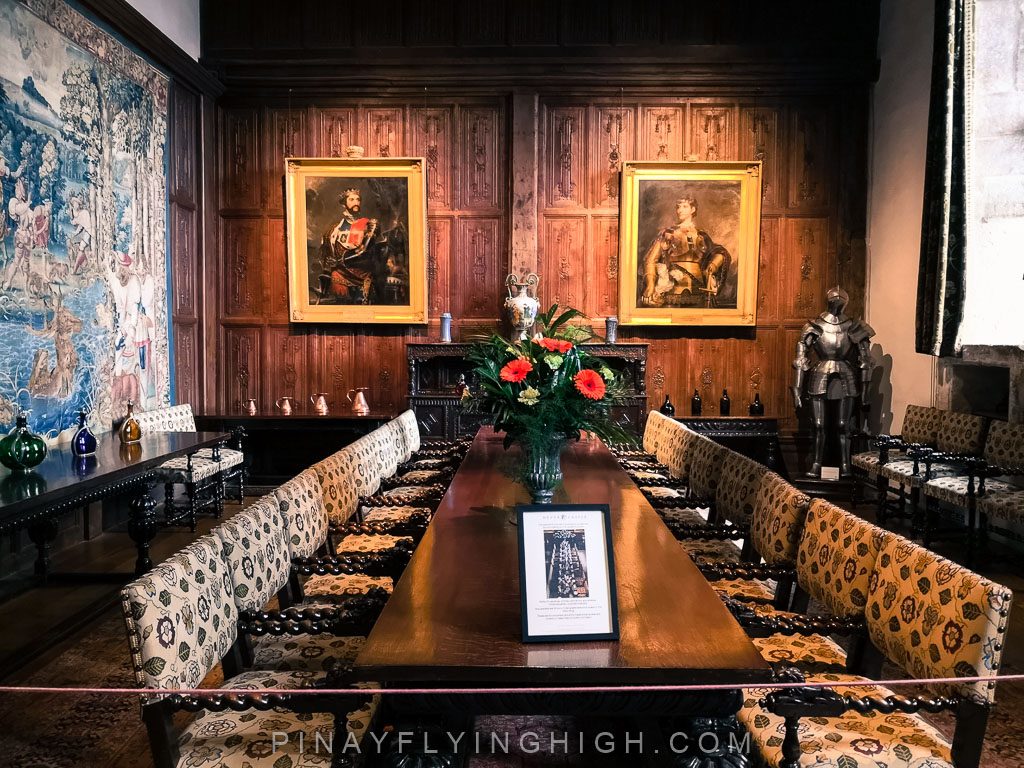 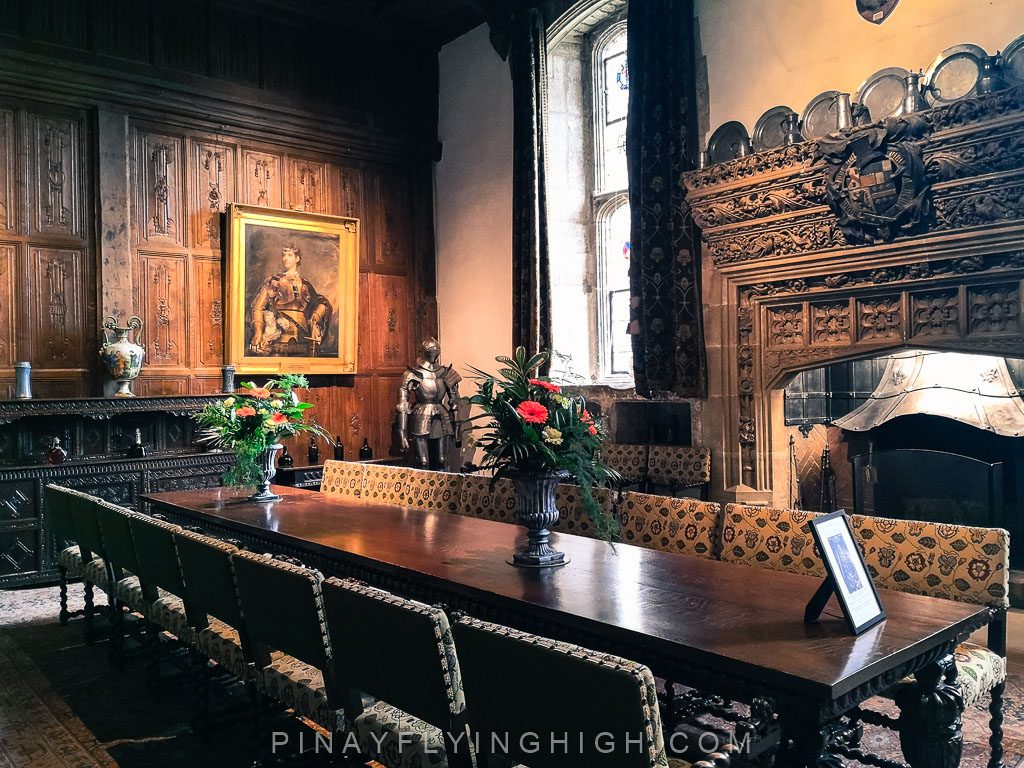 In Hever Castle, you will also have a chance to access Anne Boleyn’s room which I thought was too small for anyone to sleep in. The view from her bedroom window was nice though and I think that makes up for the size of her room. 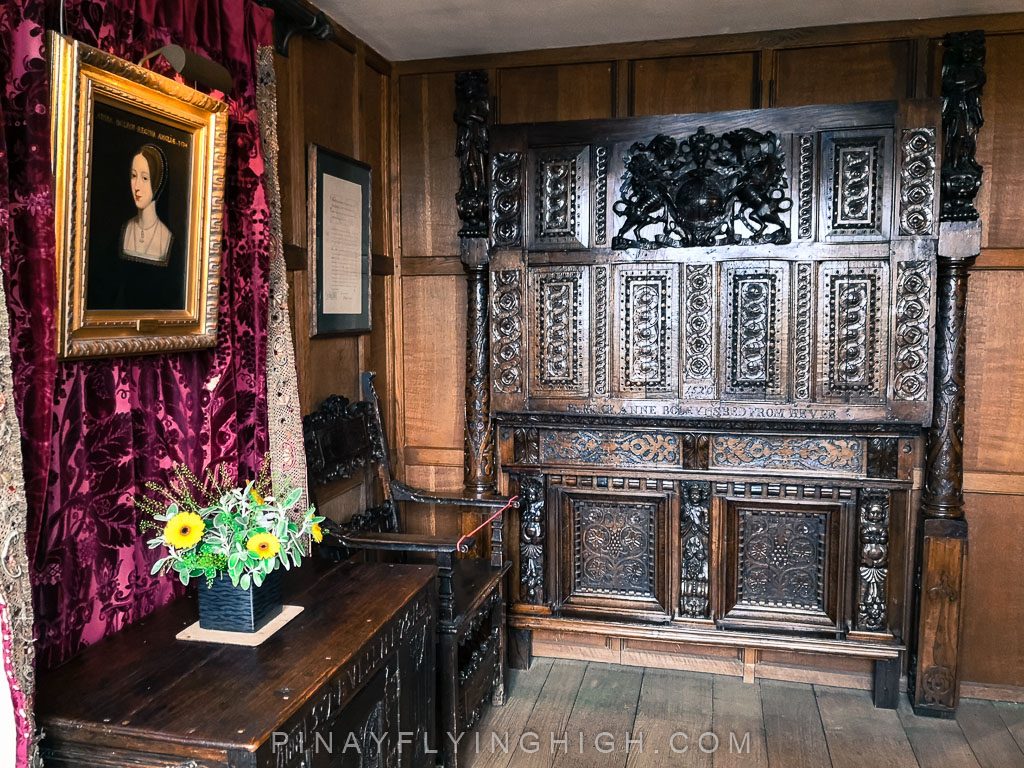 Anne Boleyn’s prayer books called the Book of Hours is one of the things Hever Castle is famous for, one of these prayer books was claimed to be taken by Anne to her execution in the Tower of London. Inscribed inside the book was: ‘Remember me when you do pray that hope doth lead from day to day. Anne Boleyn.’ Knowing how her life ended, it’s kind of chilling to see her personal prayer book that she brought with her to Tower of London. What must she have felt during that time knowing that she’s about to be beheaded? 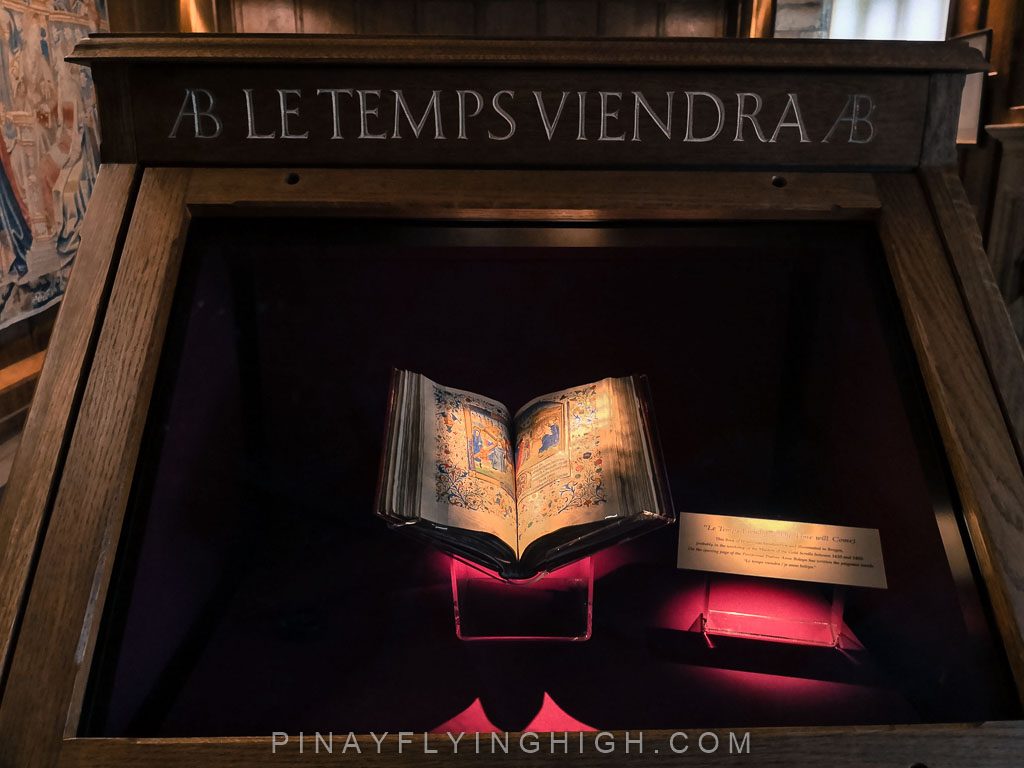 The biggest room in Hever Castle was known to be King Henry VIII’s bedchamber, there is no absolute proof that Henry VIII actually slept in this room but since it’s the biggest in the castle, it was assumed that it’s his whenever he visits as it’s a room “fit for a king”. While the room was quite impressive in size, I actually liked the Waldergrave Room better. From 1557 until 1715, Hever Castle was owned by the Catholic Waldergrave family. Inside this room, there’s an oratory hidden behind the panelling where Sir Edward could practice his faith in secret. At some point in England’s history, Catholics were not very favored so they had to result on practicing their religion hidden from the public. 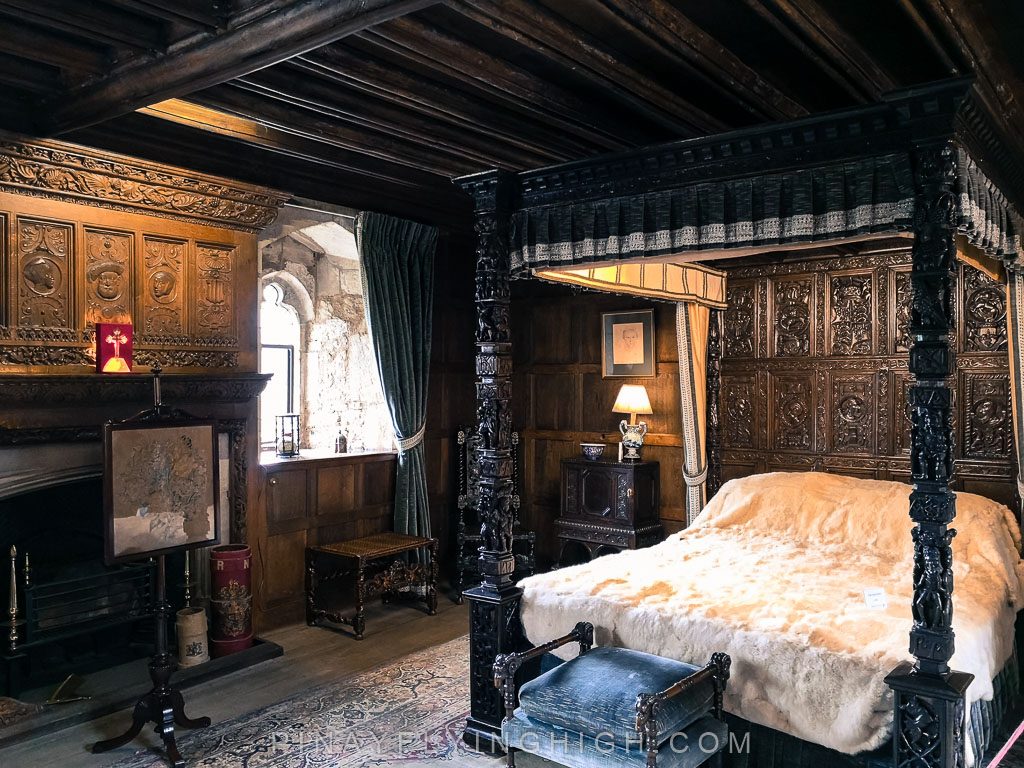 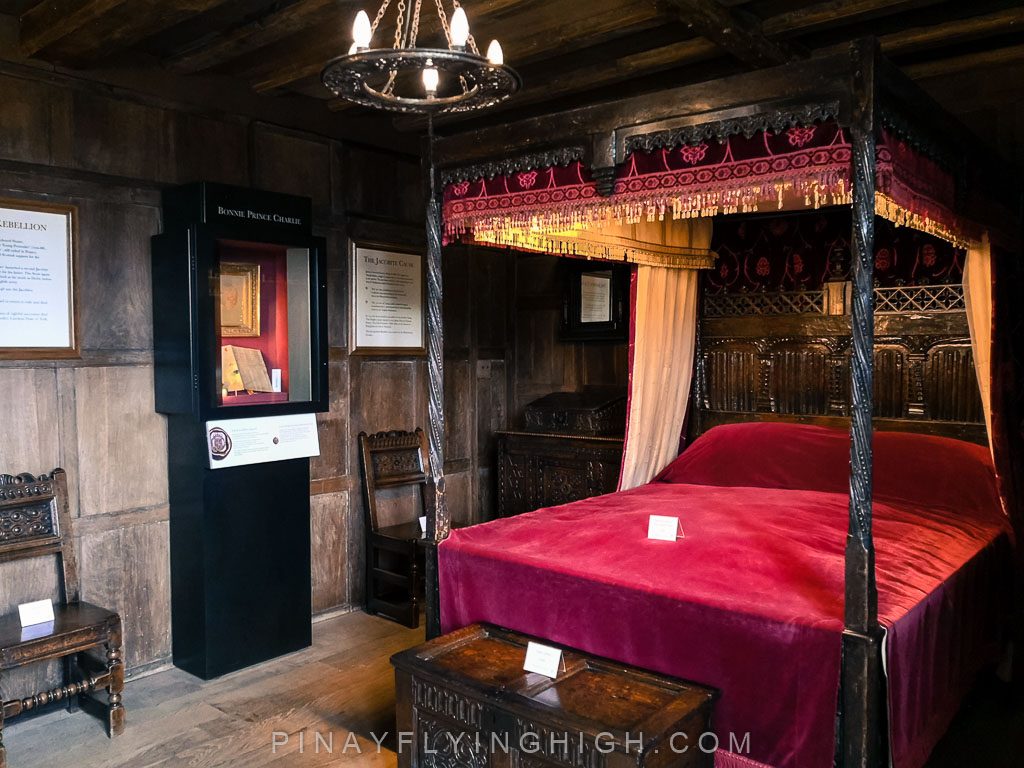 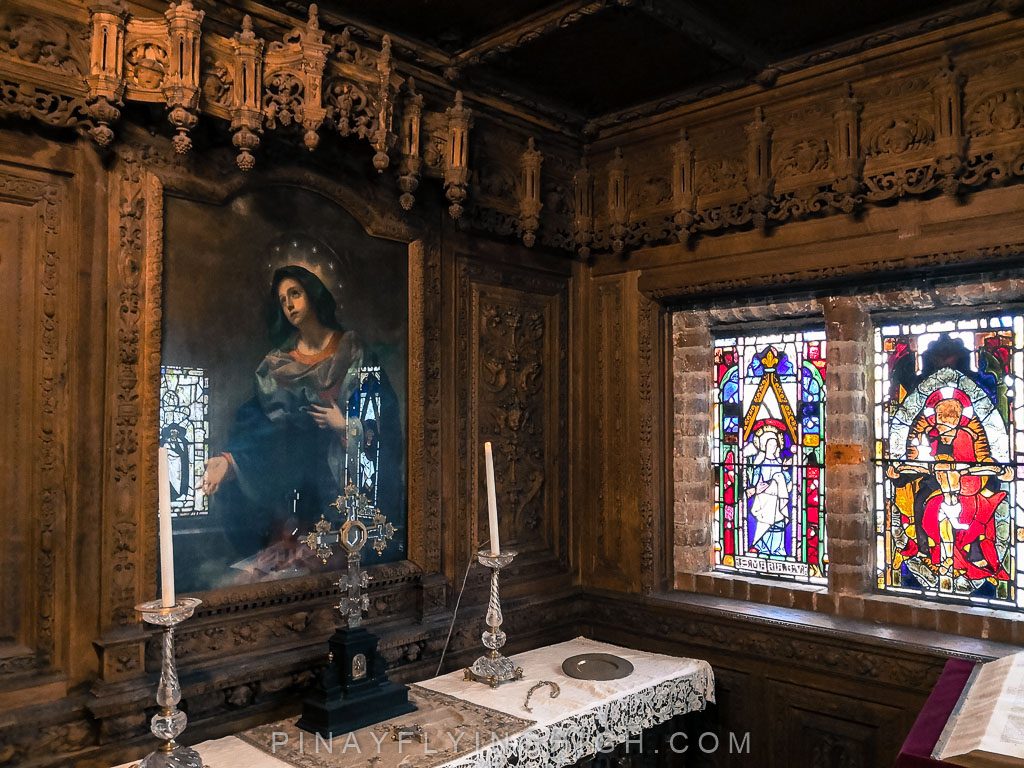 The tour of the castle took about an hour, I highly recommend that you pay the extra cost for the audio guide as it brings the castle to life instead of just wandering aimlessly around the castle. 🙂 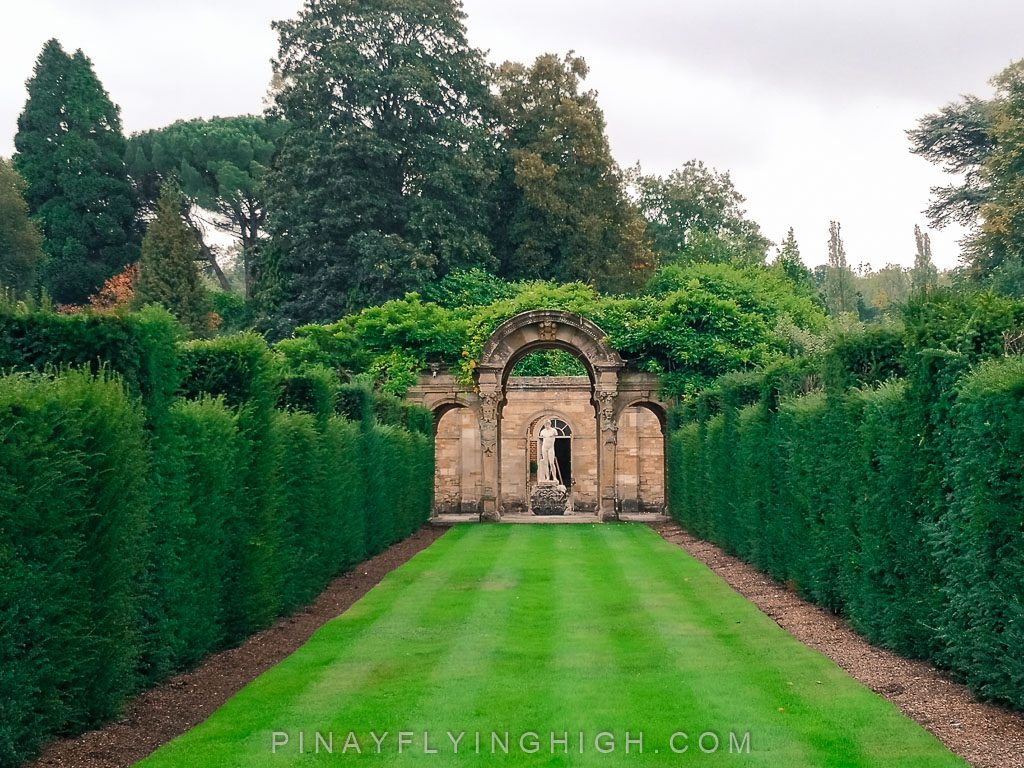 I spent the rest of my afternoon exploring the gardens which was magnificent. The Italian Gardens is definitely my favorite closely followed by the Rose Gardens. I made a mental note to go back to Hever Castle during summertime as I feel like it would’ve been better exploring the grounds without having to deal with sudden burst of rain or strong winds. Before I left the castle grounds, I passed by the gift shop which has a display of miniature model houses. The details in each of the model was impressive, I spent a good 30 minutes in it just staring at the details of each display. 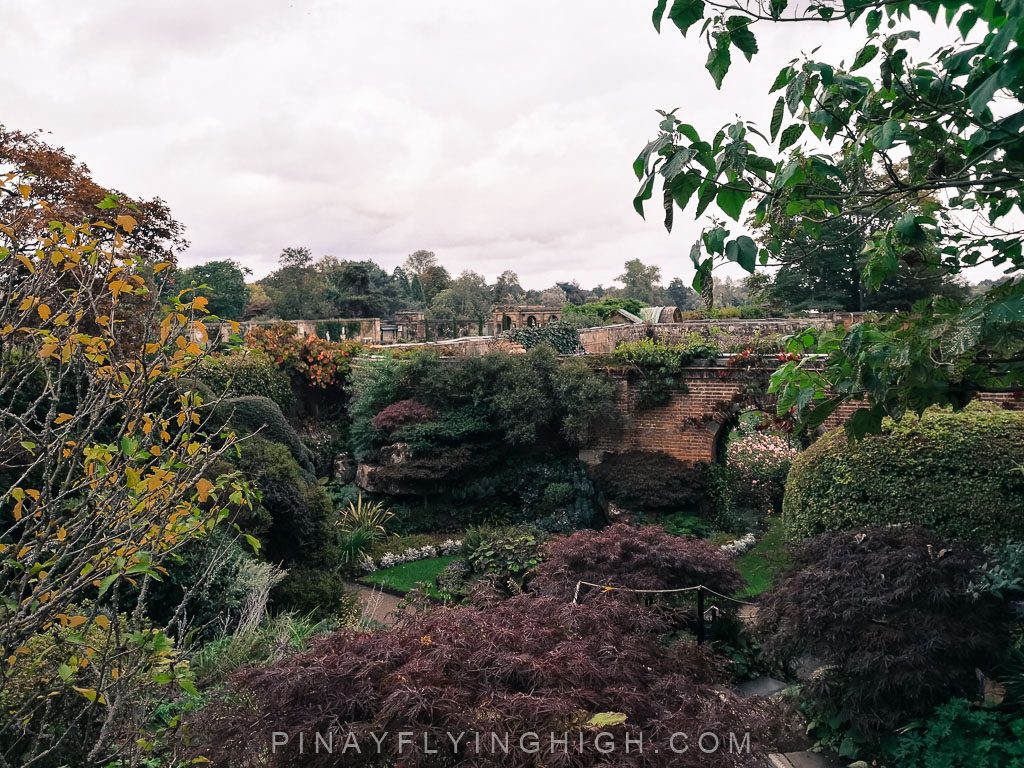 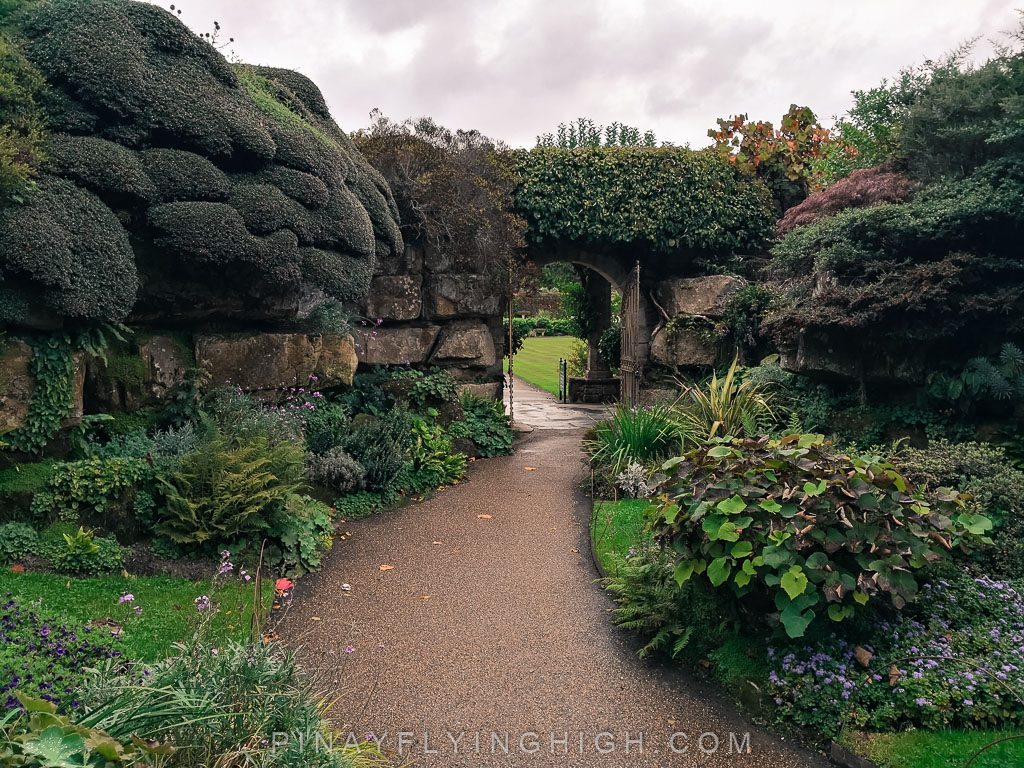 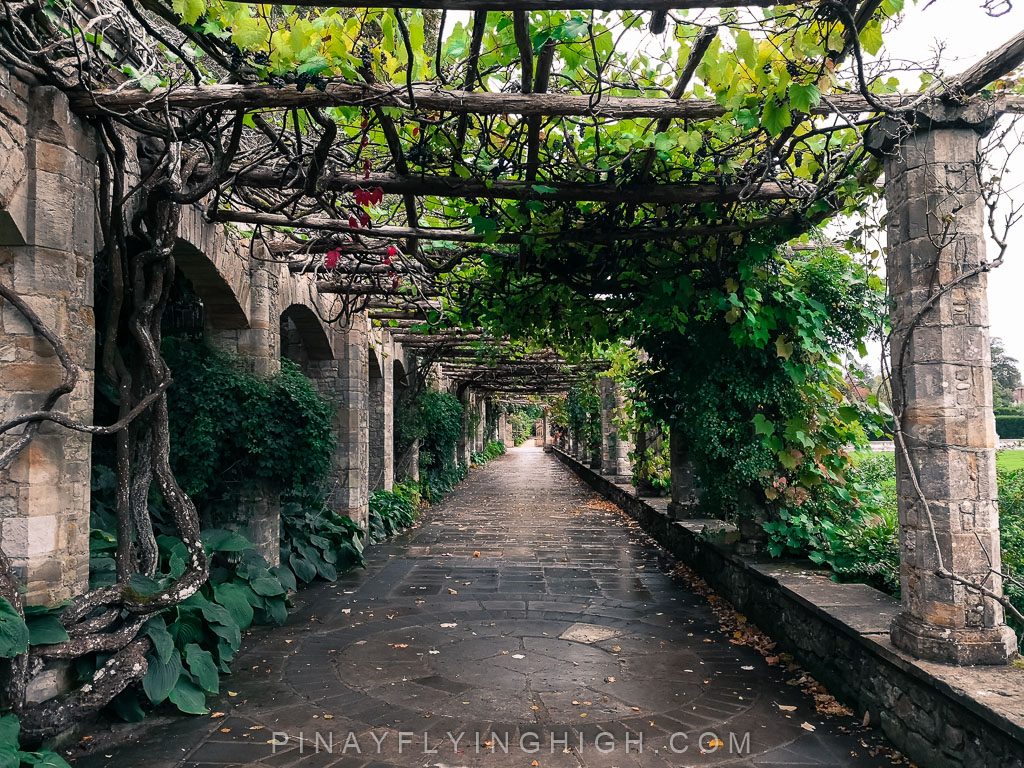 It was a good day spent in Hever Castle and I have to say that my instastories on this day was probably the most viewed and the most interacted with. A lot of my instagram followers either remembered the day they were in Hever Castle many years ago during a schooltrip and there are those who’ve been meaning to visit the castle for the longest time just like I was. It’s definitely worth the journey. 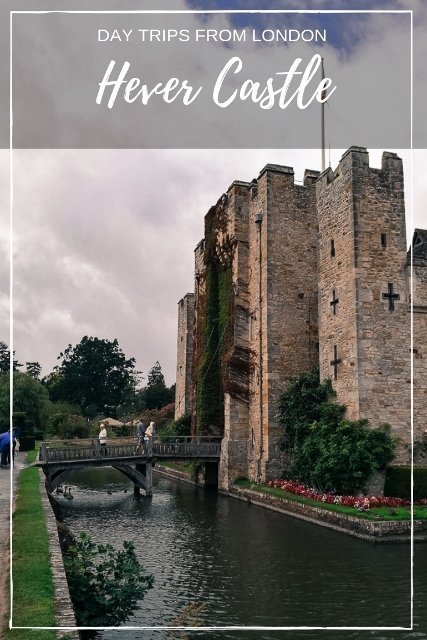