We arrived at Madrid Chamartin train station at around 9:05am, tired and dizzy. I can still feel the ground shaking even after 6 hours of getting off the train. We met up with Madel, a friend of my Aunt who graciously welcomed us to her house. I fell in love with Madrid the minute we got out of the station, compared to Lisbon this one is definitely better. It’s funny ‘coz I didn’t know that I can understand and speak Spanish until I came here, not very good though but not bad for someone who just had 2 courses of the Spanish language. Coming from the Philippines it wouldn’t be so hard since most of our words are derived from that language. 333 years of Spanish reign in our country we did not learn only their language but their religion, the manhana habit, corruption and of course the holy hour of “siesta”. So after lunch, we joined the rest of Spain and practiced their tradition of siesta, most of the shops were closed for siesta time (2pm-5pm). I LOVE MADRID!!!! Hahaha.

At around 2 or 3 in the afternoon, the whole team of Real Madrid had lunch at Asador Denos Tiara which was just across the building where we were staying. We had a view of the restaurant from our balcony. I don’t know anything about football (or soccer) what more about Real Madrid team, so I wasn’t paying attention to them much.

At around 5pm, we went to the town center and looked for a travel agency to buy a city tour for the next day. The first travel agency that we went into was a Chinese agency where everyone was rude, I have no time for rudeness so we walked out of there and found a decent-looking agency. I found a city tour brochure on their rack and told the agent that we would like to get the city tour for the next day for 3 people. It states on the brochure that the tour will be accompanied by a certified guide but I just had to clear that with the agent. The agent asked her colleague if there will be a guide in this tour, that colleague asked another agent as well though. All three of them were unsure if the tour will be conducted by a guide or not and finally, the last agent told me that there won’t be a guide, it will be a pre-recorded guide on the bus.

Normally, city tours will have a guide and the hop-on, hop-off buses will have the pre-recorded so I asked them if they can just double check directly with the supplier, but they won’t budge and firmly told me that in Madrid – there will be no tours which will be conducted by a guide because it’s a small city – which I think is a load of crap! Madrid is Madrid, center of tourism, a tourist hub – it would be easier to believe that pigs can fly than to believe that there is no guided tour in Madrid, where history is abundant and monuments are at large.

So we went out of their office and looked for a hotel, definitely hotels will have something to offer to their clients won’t they? We found one which wasn’t so far from the travel agency, the receptionist gave me the same brochure that the travel agency had. I asked him if there will be a tour guide with us and he said yes, the tour guide will pick us up from the hotel and will accompany us for the whole duration of the tour. Unfortunately, they can’t sell it to people not staying in the hotel but he directed me to the office of the tour supplier. After getting lost several times because Madel who’s been living in Madrid for 4 years had no idea about the area (lol), we finally found the supplier near Plaza Santo Domingo and bought the tours from them directly. 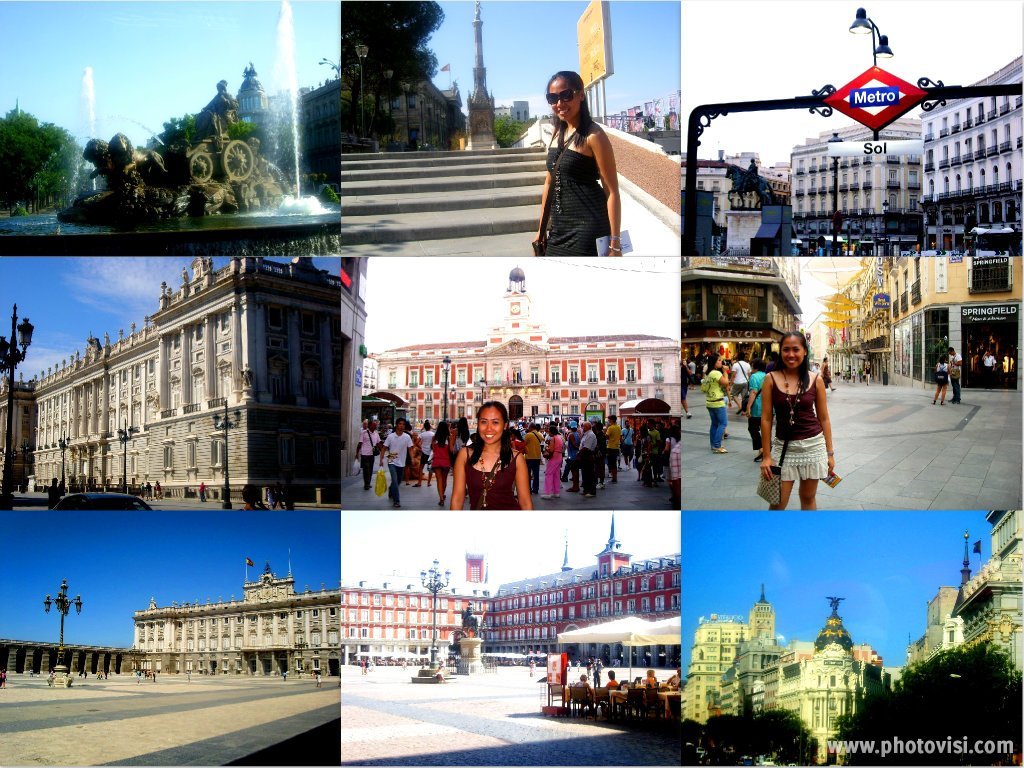 We walked towards Plaza del Sol afterwards and shopped along the way. Madrid is wayyyyyy cheaper than Dubai. I also found out from Madel that the rent for a room (and I literally mean just one room) in Dubai is equal to a 2-bedroom apartment with a huge living room, 2 balconies, kitchen and bathroom in Madrid. Now that’s cheap!

We finally called it a day when we can no longer find any good things to buy from Zara (which was on sale) and went back home.