Before anything else I just want to say that my trip to Greece wouldn’t be as great as it was if it wasn’t for the boyfriend who was so patient, kind, accommodating and very eager to show me everything that I must see while in Greece. It is a very good thing that you’re with someone who speaks their language and who can drive around for you specially when we were in Santorini where everything was miles apart from each other. And in return, all I needed to do was to let him sleep until about noon, feed him and give him the correct amount of alcohol on a daily basis. I was spending about EUR80 for both of us everyday which isn’t so bad if you will compare it with the hotels and local flights that he paid for. I have the best boyfriend ever, seriously! At this point, you – my single lady friends who are reading this blog, should be jealous now because I have the best guy in the whole wide world. Whoever tries to steal him away from me has been warned – I know muay thai, kung fu, karate and all the other dangerous words. WACHA!!!!!

So anyway, first day of this tour – I arrived Athens at around 2pm and immediately saw the boyfriend waiting for me at the arrival area. We took the train from the airport to the Parliament area where our hotel was located. Word of advice, the best place for you to stay in in Athens is near the Plaka area, although this was the place where riots are mostly held but sans that, it’s probably the best place for you to stay in Athens as it’s near to everything including of course the Acropolis. So near that we have it as our view from our hotel:

I must say that the city of Athens wasn’t how I expected it to be. I thought it would be like Rome where the ancient ruins were well preserved that you’d feel like you’ve time traveled with all the cobbled sidewalks and ancient buildings surrounding you. Athens on the other hand is as modern as any other city. Busy streets, modern buildings everywhere (I was thinking it will all be ancient hah!) and people speaking English (I was told by the boyfriend that English isn’t widely spoken in Greece but in fact everyone speaks the language). Anyway, after shower, we went to Plaka – an area where restaurants, coffee shops and souvenir shops are abundant. We ate:

A plate of gyros which is like shawarma but a million times better. 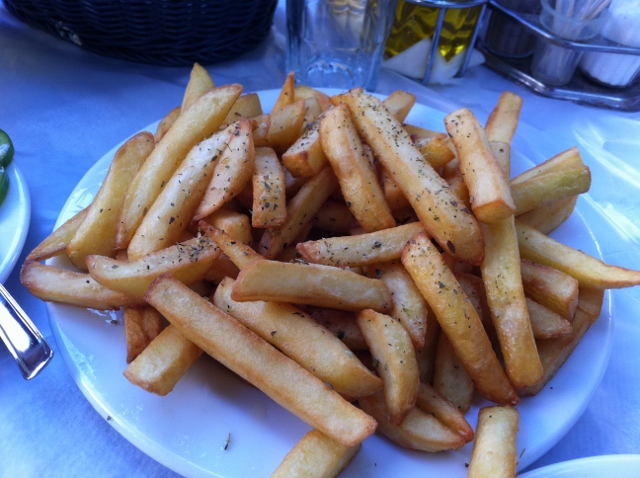 A plate of potatoes.

The meal cost us about EUR16 including 2 glasses of beer. After the heavy meal, we went to the Acropolis for my mandatory photo of the Parthenon. Which I believe was a huge mistake as you’re not supposed to do anything like walking up a mile on a hill after a big meal. I’m not so sure why I didn’t expect it to be on top of a hill. I did not psych myself up for the long, uphill foot works to view this magnificent architecture. 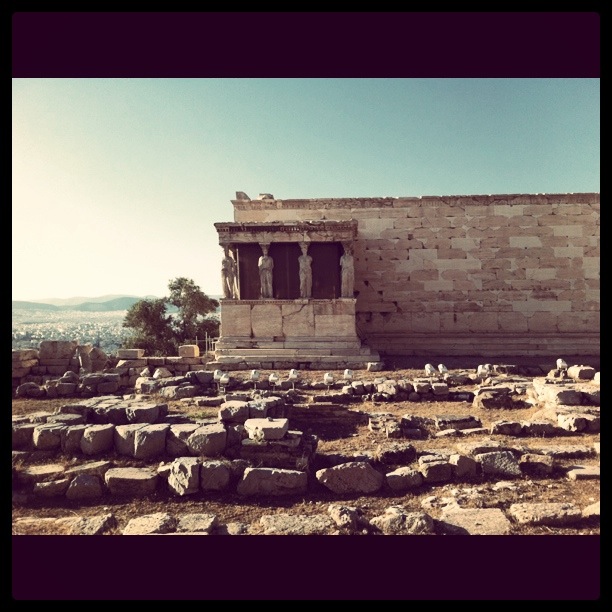 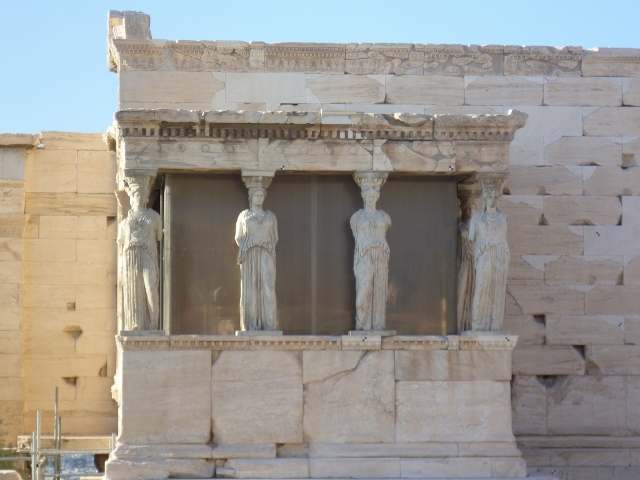 Closer look of the kariatides. 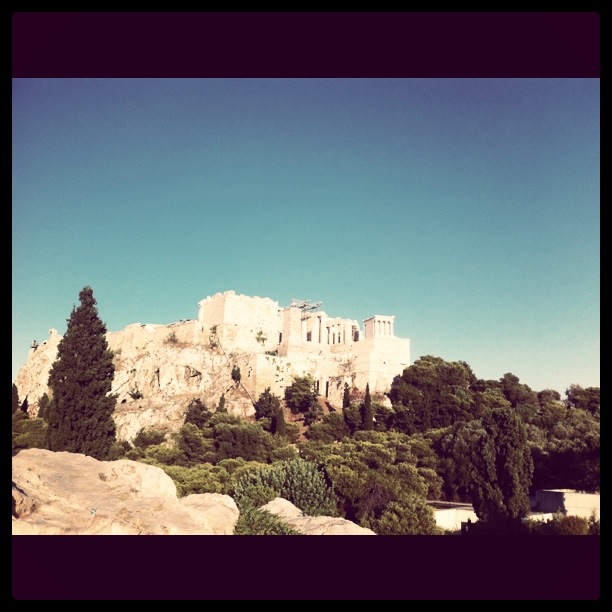 View of the PArthenon from the other side of the hill

Once all these are in front of your eyes as history creeps in, the long hike was worth it. It was a dream come true for me, I had to pinch myself to know that I was there, standing in front of that majestic ancient architecture which I thought I will only see in history books. 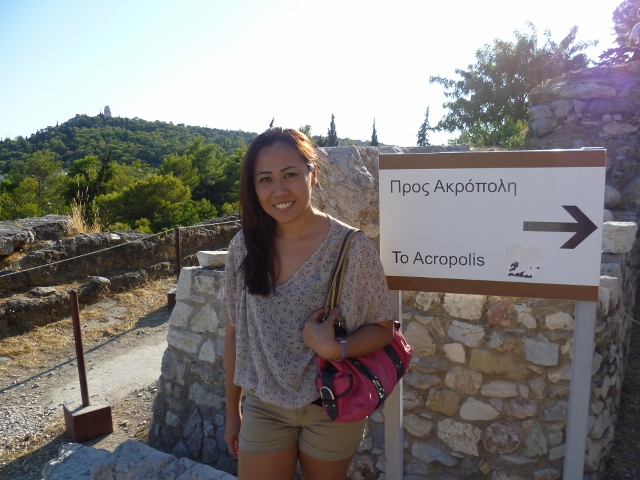 I was out of breathe when this photo was taken.

After I’ve taken all the photos I could, we went to a small cafe near the foot of the Acropolis hill. You see, the Greek way of living is like: wake up, drink iced coffee, have breakfast, drink iced coffee, poop, drink iced coffee, lunch/dinner, drink iced coffee, meet up with friends for iced coffee before heading to a bar then after the party they will drink iced coffee again. We had so many iced coffees that I have practically learned the phrase: “Thelo ena frappe glyko me gala.” (trans. I want one frappe with sugar and milk) After the 3rd coffee time that we’ve had. The iced coffee I would say is the staple drink in Greece. They could not live without it but I must say that it’s a good thing to do to pass your time specially with the kind of weather that they have – hot but just go under the shade of a tree and it’ll be breezy. It was already 8pm at that time and the sun was still up. After we finished my frappe glyko me gala, we went to Thisseo which is this quaint little place filled with restaurants and cafes with this as your view: 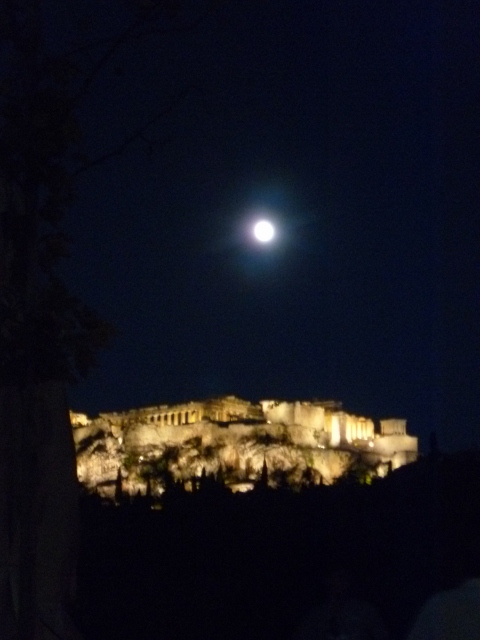 The Acropolis under the moonlight.

Note: hotel we stayed at was Central Hotel.