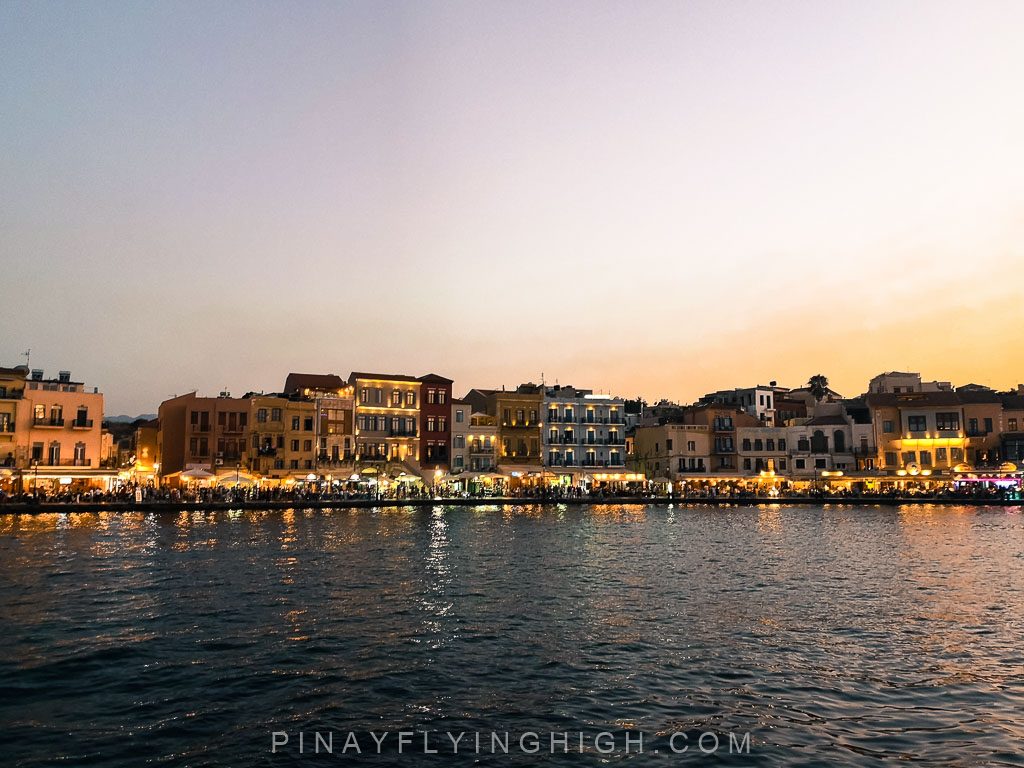 When we were about to leave London for Greece, I didn’t feel a bit of excitement whatsoever. I’m not really sure why but it is possible that because I’ve been to Greece so many times in the past few years, it all feels so familiar to me already that my head’s telling me that I’m just going home for a holiday. Of course I am excited to see friends and family but the destination itself doesn’t excite me anymore. That was until Crete.

There are so many beautiful Greek islands that’s for sure but what made this Cretan holiday much better for me was the people I was with. We traveled with some of The Greek Mister’s friends to Crete from Thessaloniki and luckily for me, I get along with all of them as they do with me. As I more matured, I’ve noticed that I am extremely picky when it comes to the people who I’m going to allow in my life. I used to be such an easy going person, be able to make friends with just about everyone at any given time/place but now, I am definitely more reserved and much wiser when it comes to choosing who I’m going to hang out with. I would’ve chosen The Greek Mister’s friends to be friends with if I lived in Thessaloniki but to be completely honest, I haven’t met anyone in Greece who I didn’t like. YET. Lol.

We took an early morning flight out of Thessaloniki and arrived in Heraklion an hour after. I know so many people who’ve been to Crete and didn’t like it but most of them stayed in Heraklion, I can’t really blame them because I do think it’s the least interesting place we’ve seen in Crete. We met with some our Greek friends from Dubai who now moved back to Crete for good, we had breakfast in one of the most touristic cafes in the city just in front of the Venetian fountain. I didn’t like it at all, I felt like the cafe staff was more focused on getting customers that they literally took some chairs from our table which I believe is their passive aggressive way of telling us to leave as we’ve already finished our breakfast. Yes we’ve finished our meal but it’s Greece, Greeks spend 2 hours to finish one glass of frappe so staying back longer than we should is completely normal. Lol.

Food was good though, I had an omelette while the rest had a bougatsa. Heraklion prides itself to have the best bougatsa in the whole of Greece which I’m pretty sure another island would claim the same thing. Bougatsa is a Greek pastry filled with either custard cream, cheese or meat. I’m not really into sweets or pastries so I skipped it. We left the cafe after we got kicked out and walked around Heraklion before starting our 2-hr drive to Chania. I will later realize during this trip how massive Crete is as an island that a 2-hr driving journey to get from one place to another is the norm.

We checked in our hotel – Elia Potie Studios in the heart of Chania’s Old Town. The location is perfect as it’s near to everything including the Venetian Port. If I’m to go back to Chania some time in the future I’d definitely stay in the Old Town again and maybe even in the same hotel. The rooms were spacious, modern and we all had a balcony overlooking the bar below our hotel. I must admit, it was quite loud in the evening but surprisingly it didn’t bother me because I was too tired every night that I just dozed off to sleep in no time. 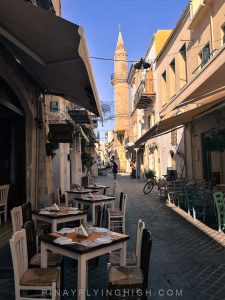 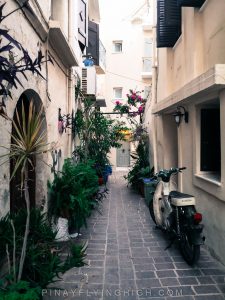 After we dropped our luggage in our rooms, we headed straight to Platanias Beach for our dose of some sand, sea and sun. I’m not the biggest fan of Platanias Beach though, nothing spectacular about it but because it’s the nearest beach from Chania’s Old Town we spent most of our afternoon there. We went back to the Old Town just as the final game for the World Cup started, we found a taverna near our hotel which was showing it. Thankfully, food served was good too as I was famished! 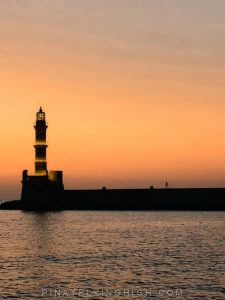 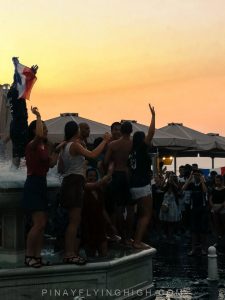 After getting my heart broken because Croatia lost the game, we walked around the Old Town through the maze of alleyways and ended up near the Venetian Port where French holidaymakers were celebrating their World Cup win. Even if I didn’t root for France, the celebratory atmosphere got me hooked. It was actually quite fun witnessing it.

We walked around the Old Town some more and decided to go back to our hotel and have some drinks in one of our friend’s room balcony instead of going out for the night. Our day started too early for all of us that none of us could be bothered to go out that night.

All in all, I think it’s a good start of our Cretan holiday. 🙂

Here’s a short video of our full holiday in Crete: