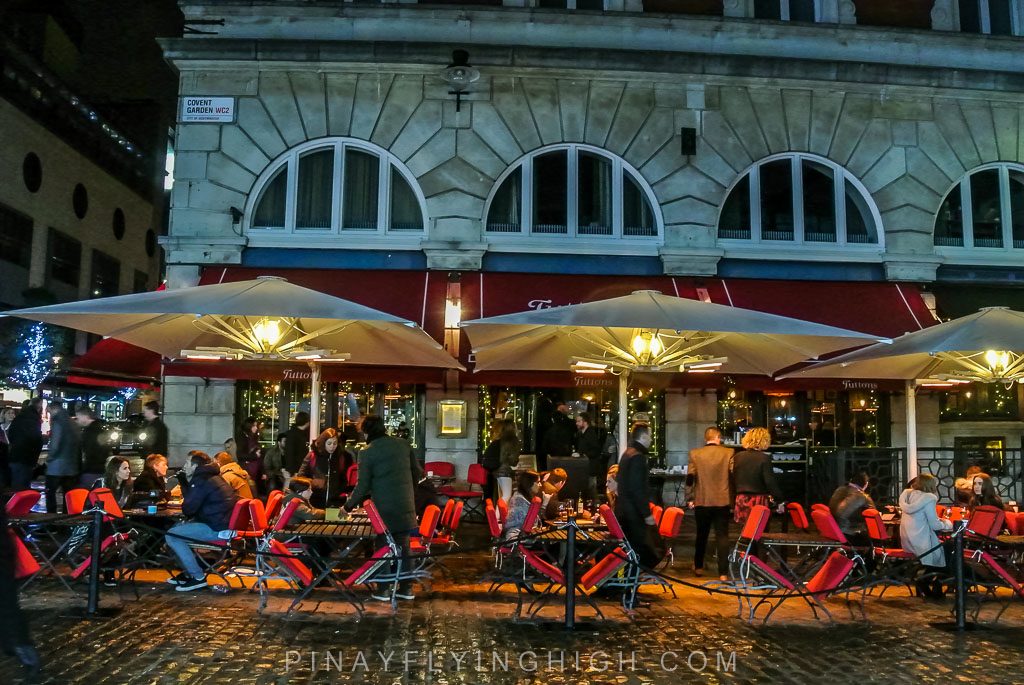 My quest to finish all of the itineraries in London’s Hidden Walk book series brought me this time to Covent Garden. London’s Hidden Walks compiles self-guided walking itineraries that you can do around London with an in-depth information of the history and interesting facts you can see on the way. Covent Garden is one of my favorite places to visit in London because of its instaworthy facade and the history of the whole place.

As always, I won’t be posting the entire itinerary of the self-guided walk around Covent Garden and St Giles but instead, I’ll just feature the highlights of the walk – those stops that I found interesting myself. If you wish to buy a copy of the book, you may click on the book’s icon at the end of this post. It’s an affiliate link which means that if you buy the book through these links, I will earn a bit of an income at no extra cost to you. 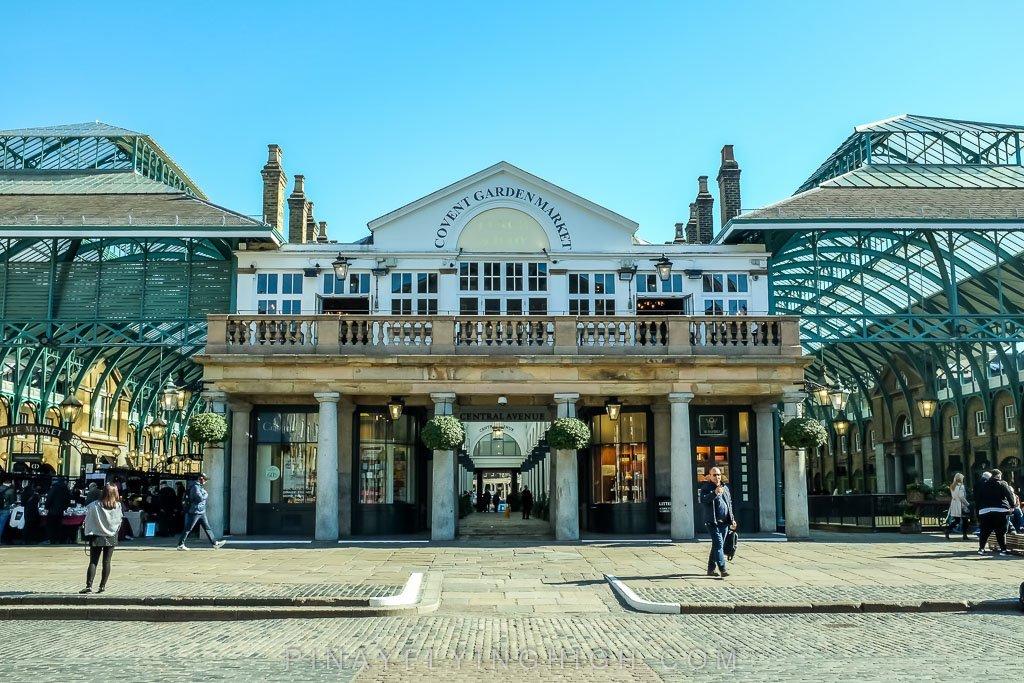 Covent Garden used to be a part of the Wesminster Abbey in the medieval times. It was then known as the “convent garden” which covered 40 acres of land and produced fruits and vegetables for the abbey. After the Dissolution of Monasteries, Covent Garden became part of the estate of the Dukes of Bedford. John Russell, the first Earl of Bedford commissioned an English architect to develop the fields and build a piazza surrounded by fine townhouses with a specific instruction of “fit for the [habitations] of Gentlemen and men with ability.” 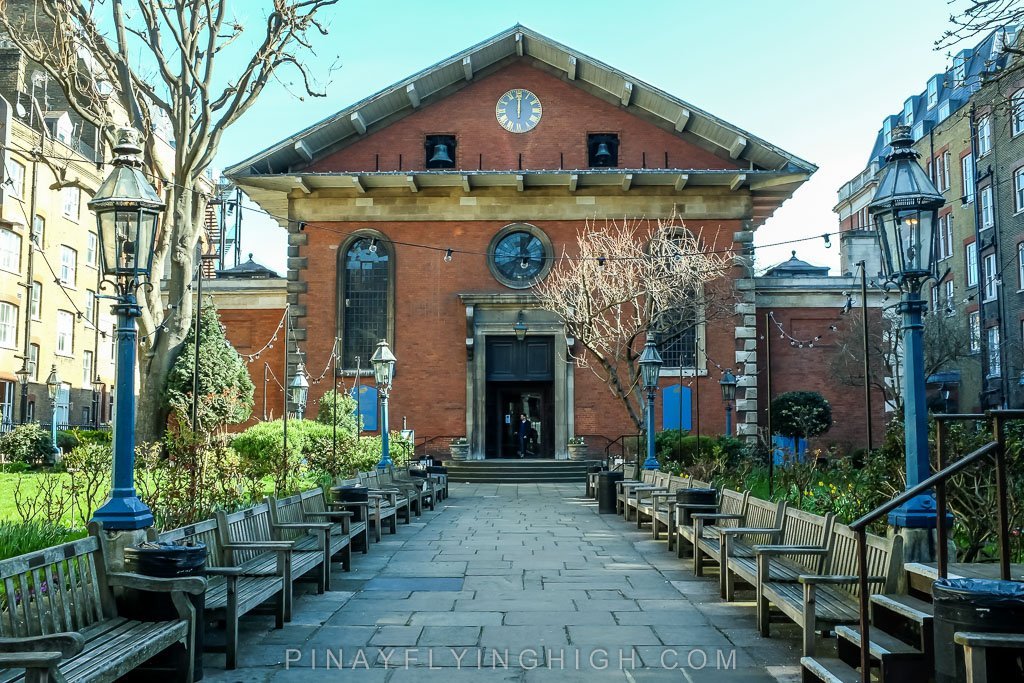 He also asked for a church to be built in the vicinity – the St Paul’s Church, which up until this self-guided walk I didn’t even know existed. I’ve been to Covent Garden numerous times but have never noticed the St Paul’s Church which apparently is the first classical church in London. 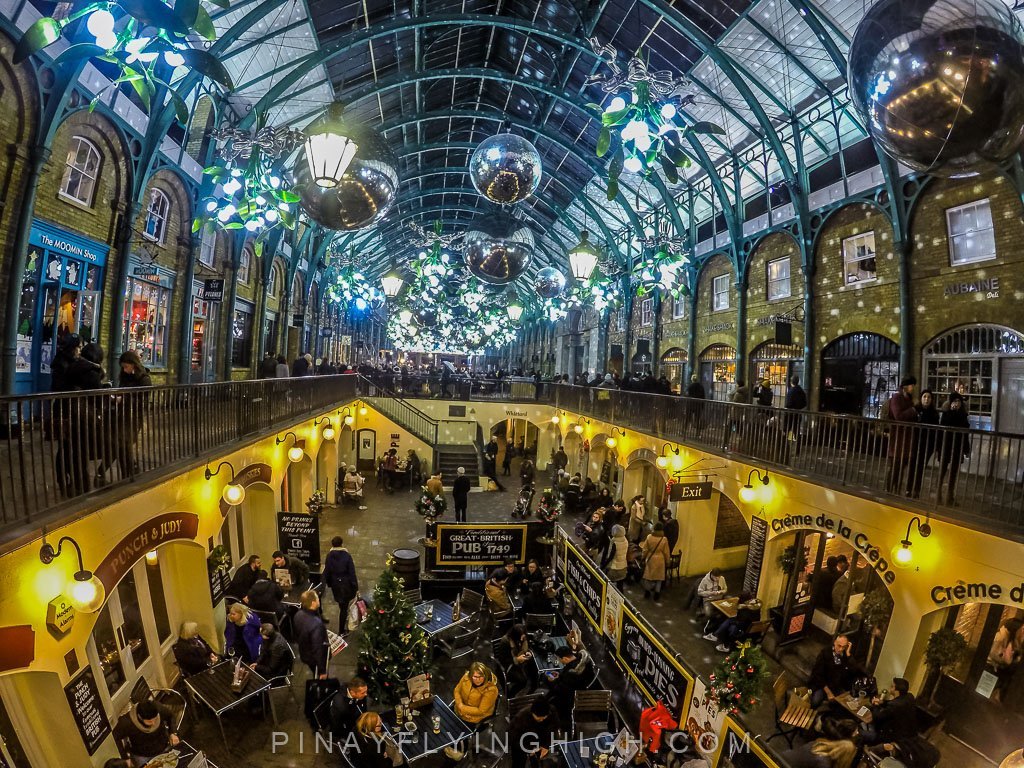 During the Civil War in the 16th century, the residents left for safer districts and the Covent Garden slowly degenerated. The once regal townhouses were converted into shops, gambling dens, Turkish baths, coffeehouses and of course, brothels. A local waiter used Covent Garden’s reputation of being the red light district and published Harris’ List of Covent Garden Ladies which is a catalogue listing the details of prostitutes – appearance and sexual specialties. It sold over a quarter of a million copies, that’s possibly the most coveted catalogue during that time. 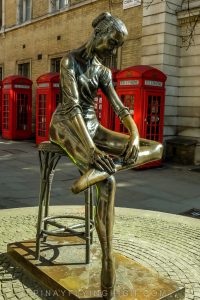 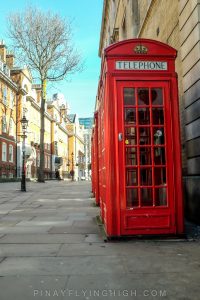 The instafamous Neal’s Yard is also in Covent Garden area, it’s hidden away from the main street which makes it all the more appealing. It was the hub of alternative culture in the 60’s and 70’s which probably explains the colorful buildings around this small square, it’s very retro. 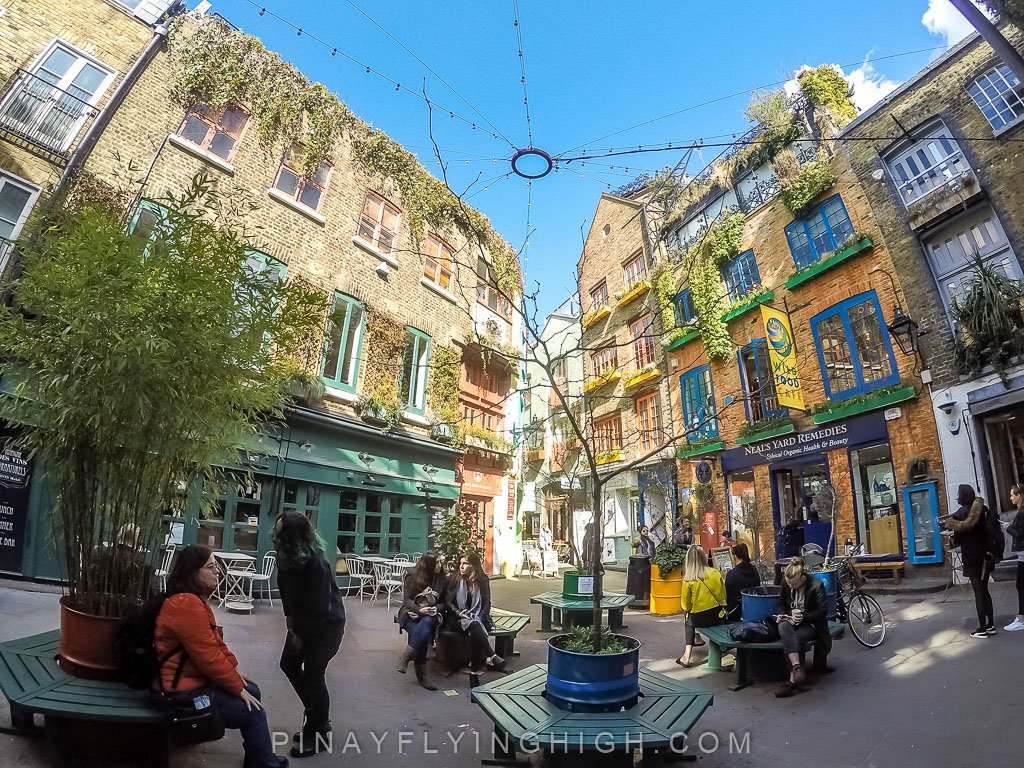 In the nearby Denmark Street, you will find the Regent Studios where the Rolling Stones recorded their first two albums. Other artists who have recorded here are Stevie Wonder, Bob Marley, Jimmi Hendrix and Tom Jones just to name a few. This area had a lot of influence in London’s music scene with music publishers and music magazines based here. It’s believed that Elton John once worked as an office boy in Mills Music Ltd Publishers. 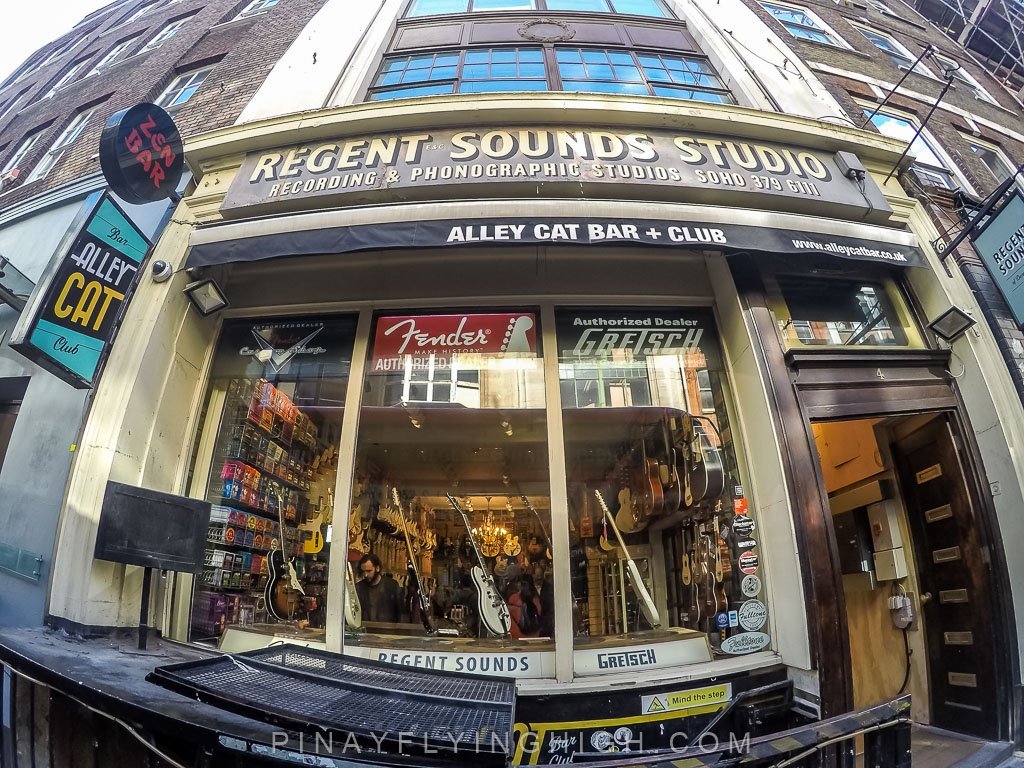 Seven Dials is again one of my favorite parts of London but specially during Christmas time when it’s lit with lights and Christmas decorations. The original plan for the Seven Dials was to encourage the wealthy to move in the area however, that was never the case as it became another place for prostitutes and destitute. Nowadays, the seven passageways are lined up with restaurants, bars and shops – incredibly busy and lively specially at night. 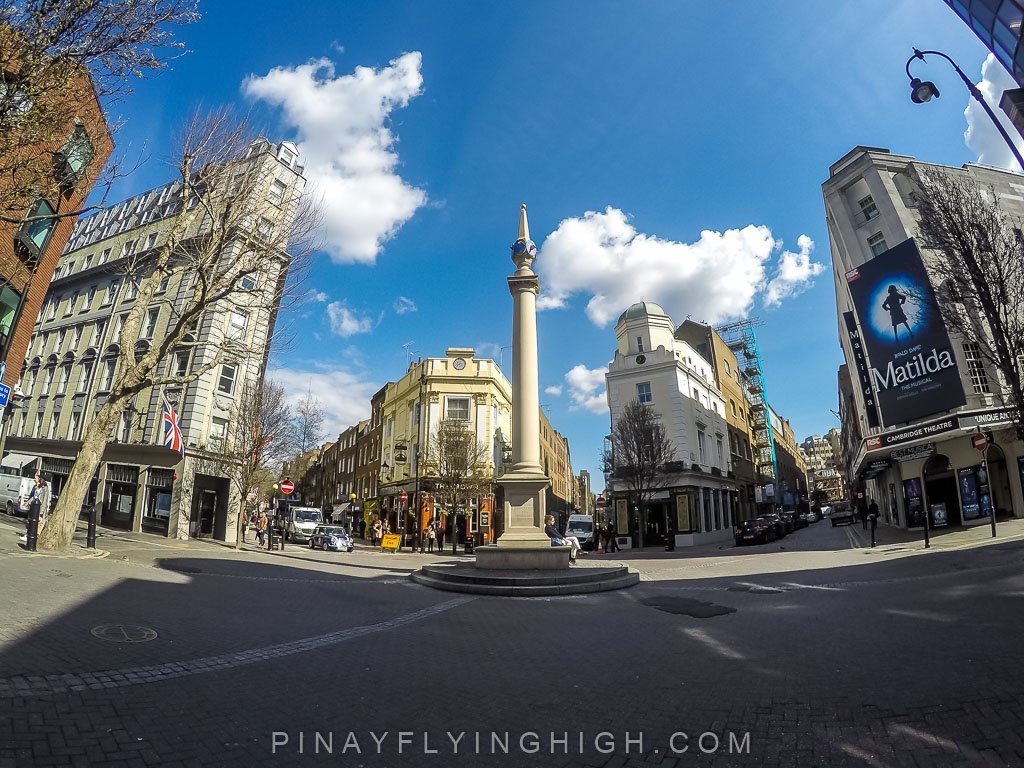 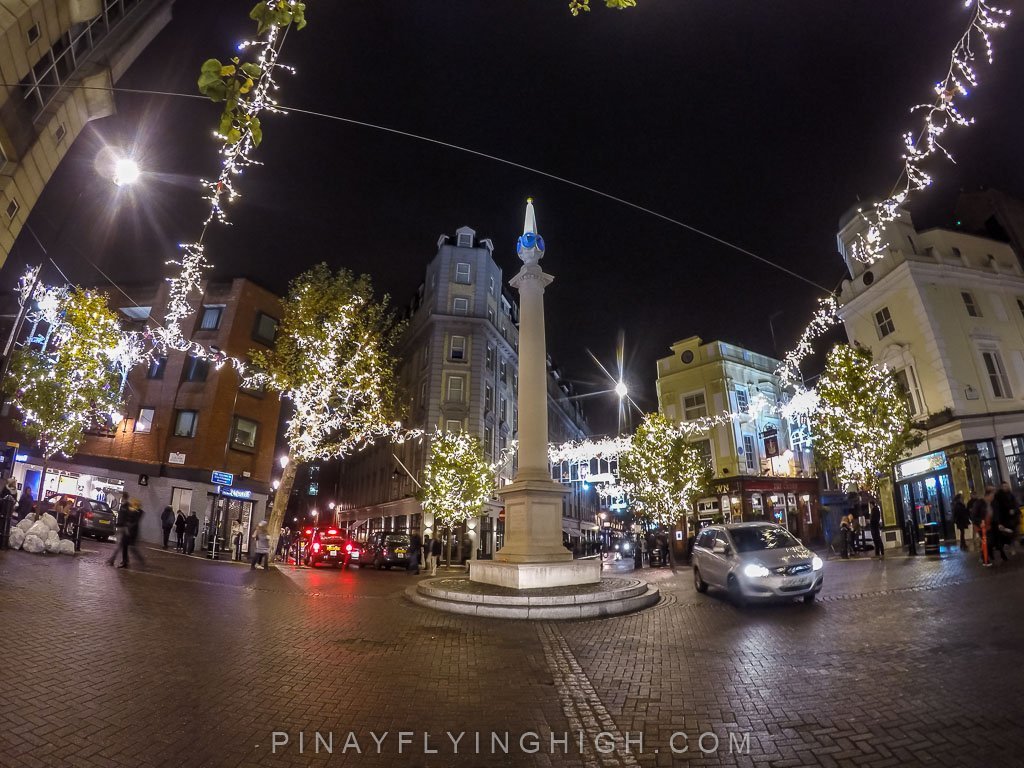 The 300 years old Lamb and Flag public house is the oldest pub in the area. Charles Dickens used to frequent the pub which is also known as the site for bare-knuckle prize fights. 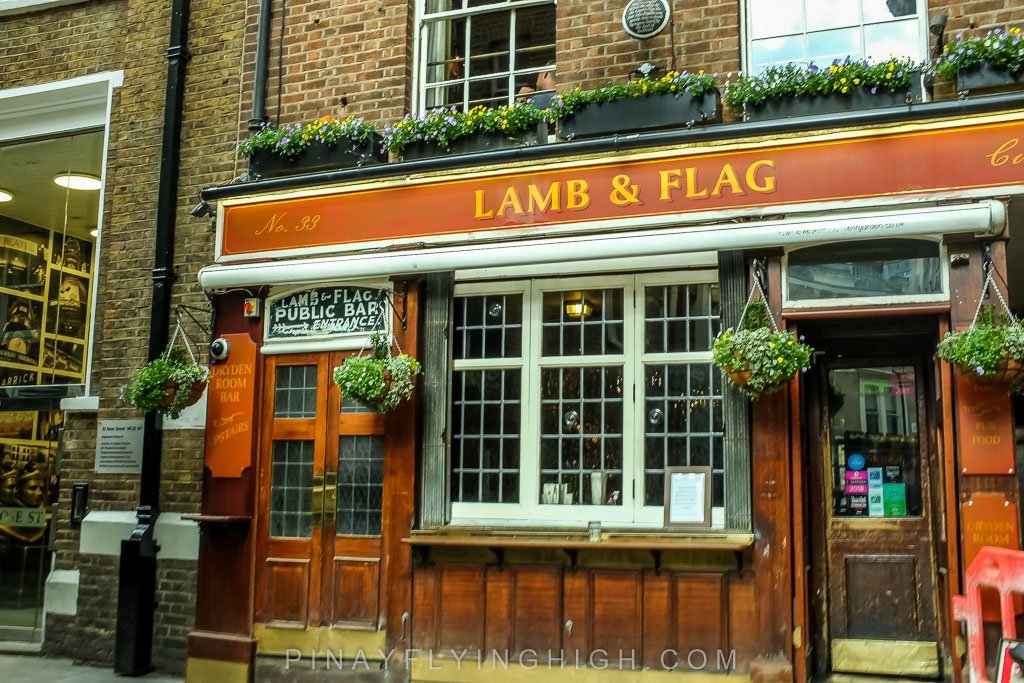 Lastly, the oldest restaurant in London called Rules is also in Covent Garden. It serves an old-fashioned British cooking in a Victorian setting famous for its game dishes. I was planning to have my lunch here but the Korean restaurant which I passed by earlier during this walk made me crave for a bulgogi. I will definitely have a meal at Rules someday to try it out. 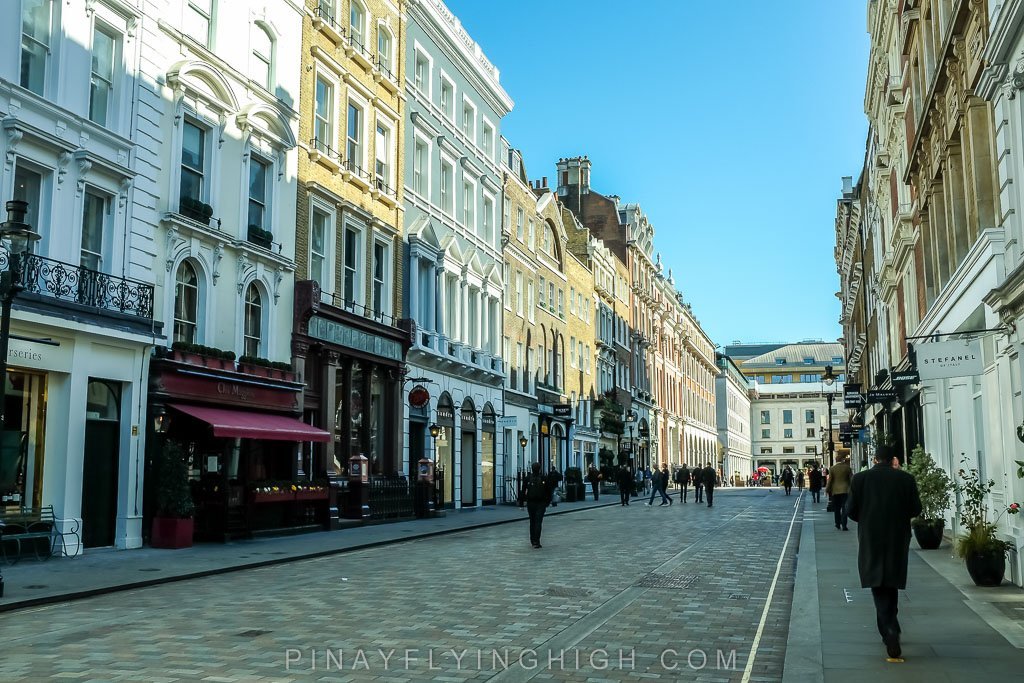 Covent Garden becomes extremely busy specially in the early afternoons until late evenings when tourists and locals flock the restaurants and bars for an after-office drinks or pre-theatre dinners or simply a night out in the city. Apart from the high-end stores, it’s also a great place for shopping of antiques and unique gifts and souvenirs. 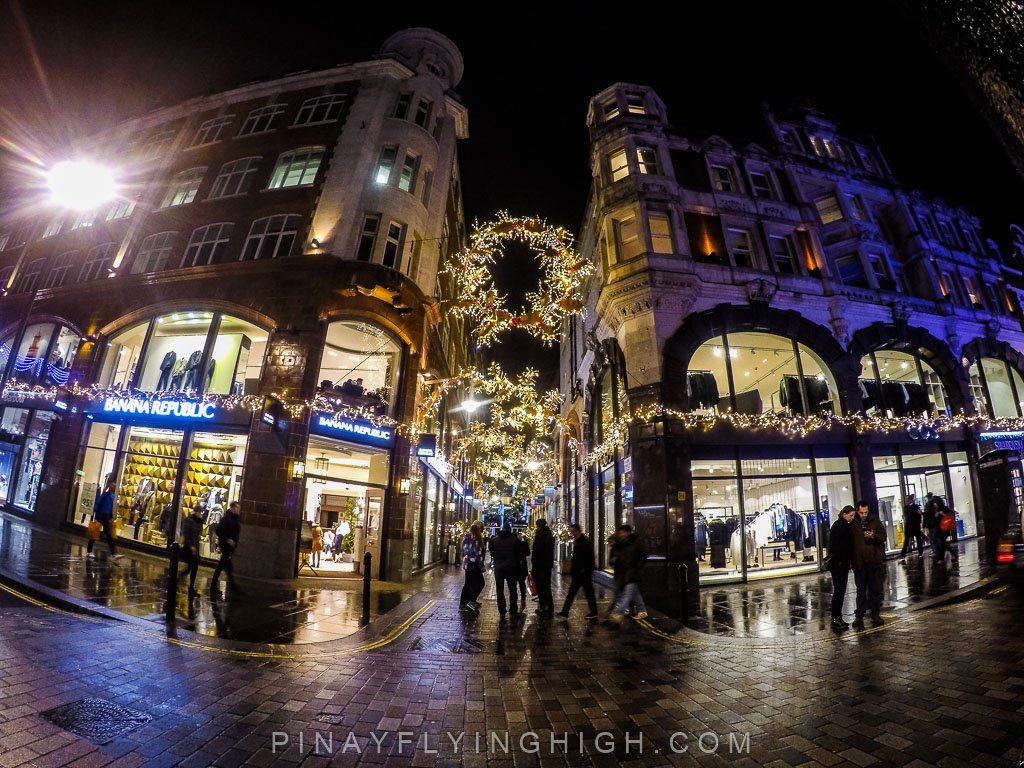 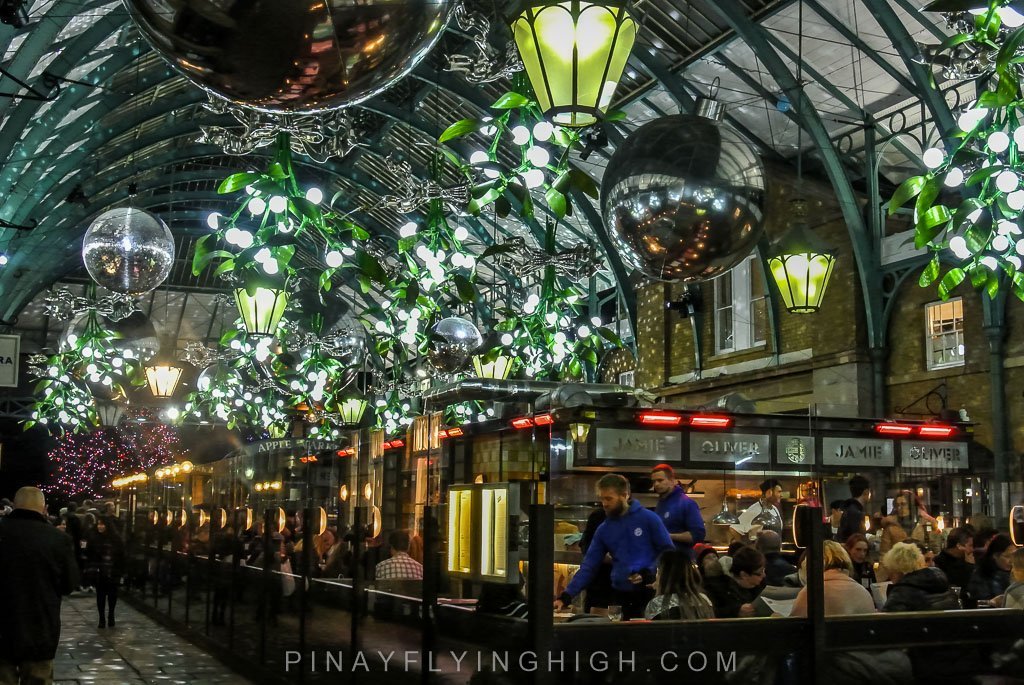 There are a lot more places to see in this self-guided walking tour but these are my favorite ones. It’s impossible not to fall in love with Covent Garden. Food, shopping, entertainment and drinks in an open-air setting – what more can you possibly ask for?

If you’d like to buy London’s Hidden Walks series so you can start your London exploration on your own, you may buy it here. Covent Garden and St Giles Walk is in volume 2. 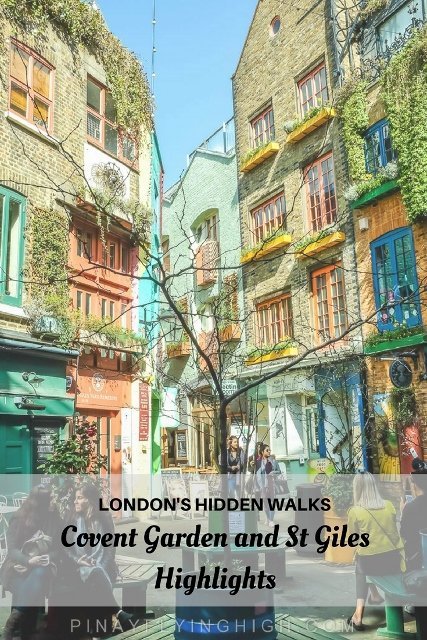 PrevPreviousSundate Brunch at Flesh and Buns, Covent Garden
NextWhen The Sun’s Out in London (And Lunch in Tramshed)Next