The Actual Christmas Party in Dubai.

Who said you can’t have fun in a Muslim country on a Christmas break???

It’s actually one of the things I love about Dubai, they are very lenient on expats who’s got a different view of religion and would let us celebrate our holidays as we wish (now I wonder, why in heaven’s name was there a church bombing in Jolo, Philippines on Christmas day… 🙁 )

Anyway, we started the celebration at Deny’s newly-acquired accommodation. 3 glasses of martini with sprite were consumed by yours truly before having the marinara pasta and some arabic grilled meat for dinner. Then off we went to the party place itself which is a few buildings away and gobbled down some more pasta, salty adobong chicken and spicy marry brown chickens. Photos of course were taken before, during and after the sumptuous feast.

We had games which the boyfriend was quite adamant joining before heading to the party and asked me in a mocking tone “what are you? 12 year olds? it should be card games and not childish ones!” Well, let’s just say he proved himself wrong and enjoyed every bit of those “childish” games. :p

Mechanics of game one:

Guys are lined up from one end of the room with an eggplant dangling between their feet. The objective of the game is, whoever pushes the plastic cup on the floor with their eggplants first to the finish line wins! It was freaking hilarious! I was literally rolling on the floor with my face and tummy muscles aching for laughing too much: 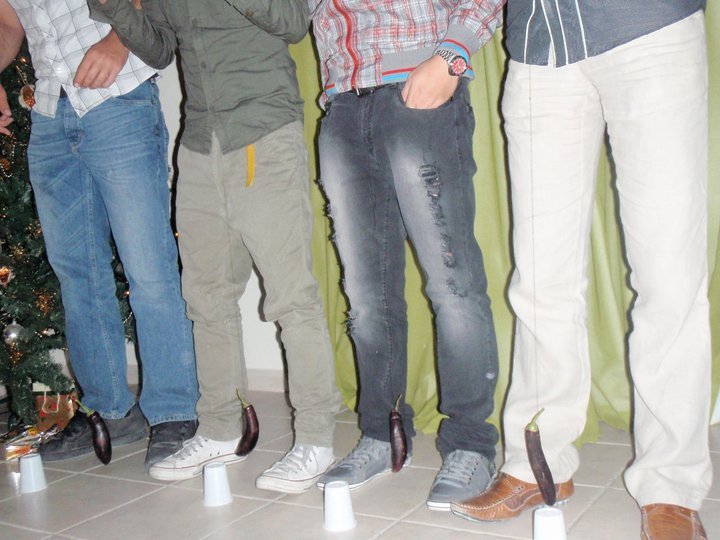 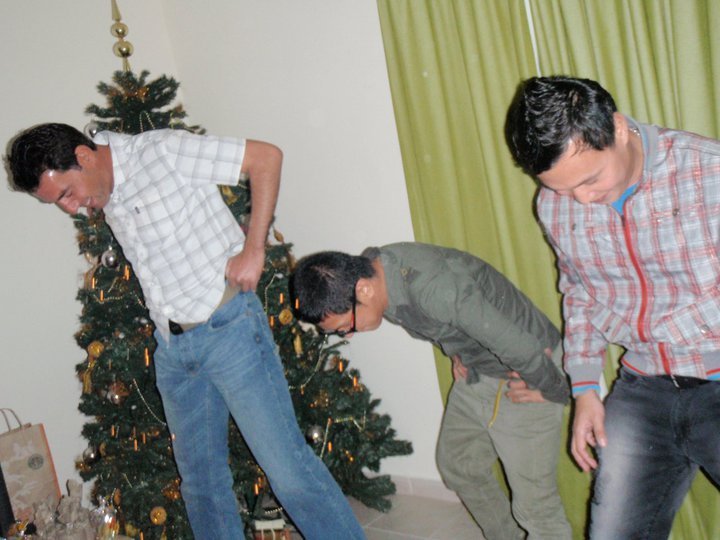 The very competitive Shamel (the Syrian guest) won while Richmond came in second.

Trip to Jerusalem’s adult version. 5 guys are seated in a circle with a banana between their legs while the girls are dancing/walking/making a fool of themselves around them. When the music stops, girls must grab one of those bananas and whoever ends up with an empty hand loses. Deny won the banana game against the whole-hand-banana-grabber “Ivy”. 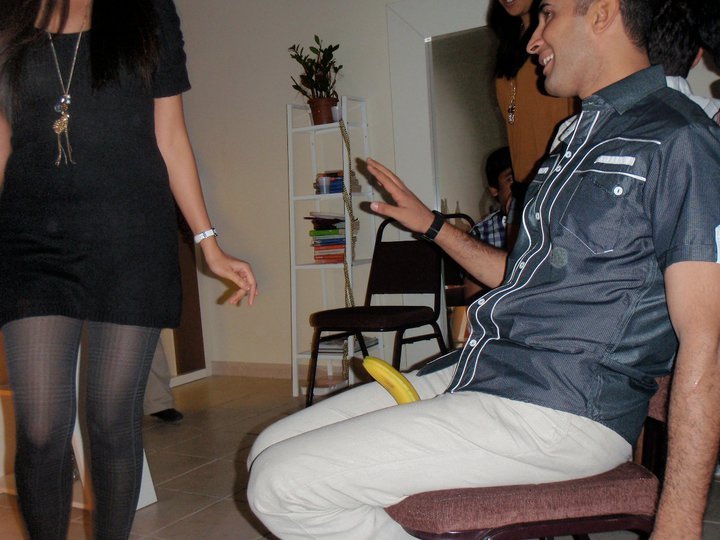 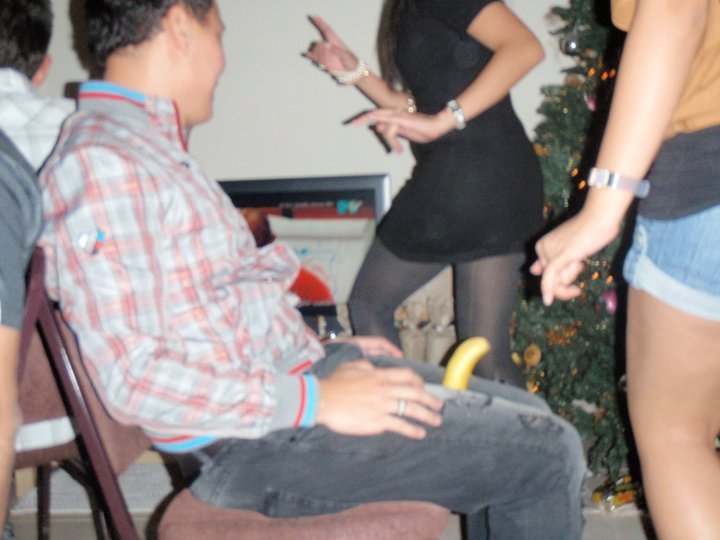 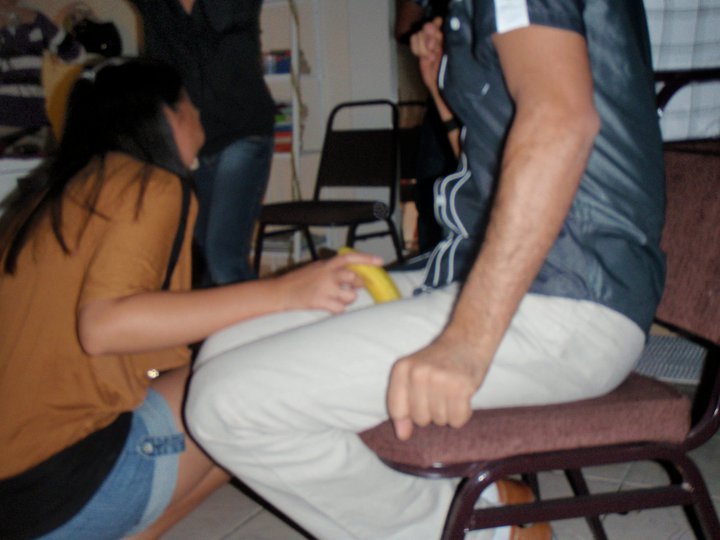 The relay. Group were divided into teams of 3. The first person on the line will start with a coin on his/her forehead which he/she must move towards his/her mouth by moving his/her facial muscles. I was the coin girl of our group.

The second person in line must finish a whole stick of a cigarette. 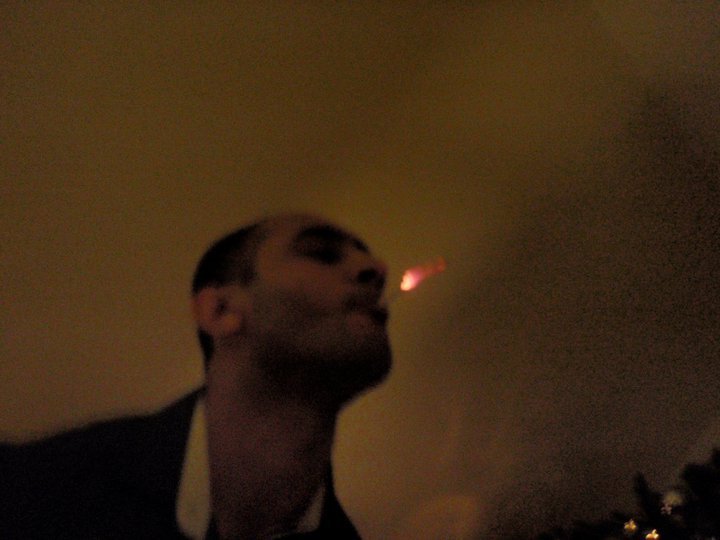 the third person in line must finish a whole glass of wine which was finished by Deny, unfortunately i don’t have a photo of her drinking her wine like juice.

Of course our team won. 🙂

Next game was pinoy henyo, unfortunately we were not able to finish it as someone felt the hard kick of the red horse beer and we needed to go home early. Nevertheless we had a great time! It was a really fun party.

Special thanks to Ivy’s great hospitality and the rest of Al Quoz peeps for making our Christmas eve insane. :p