Chasing Autumn Colors In The USA: An Autumn Drive Itinerary 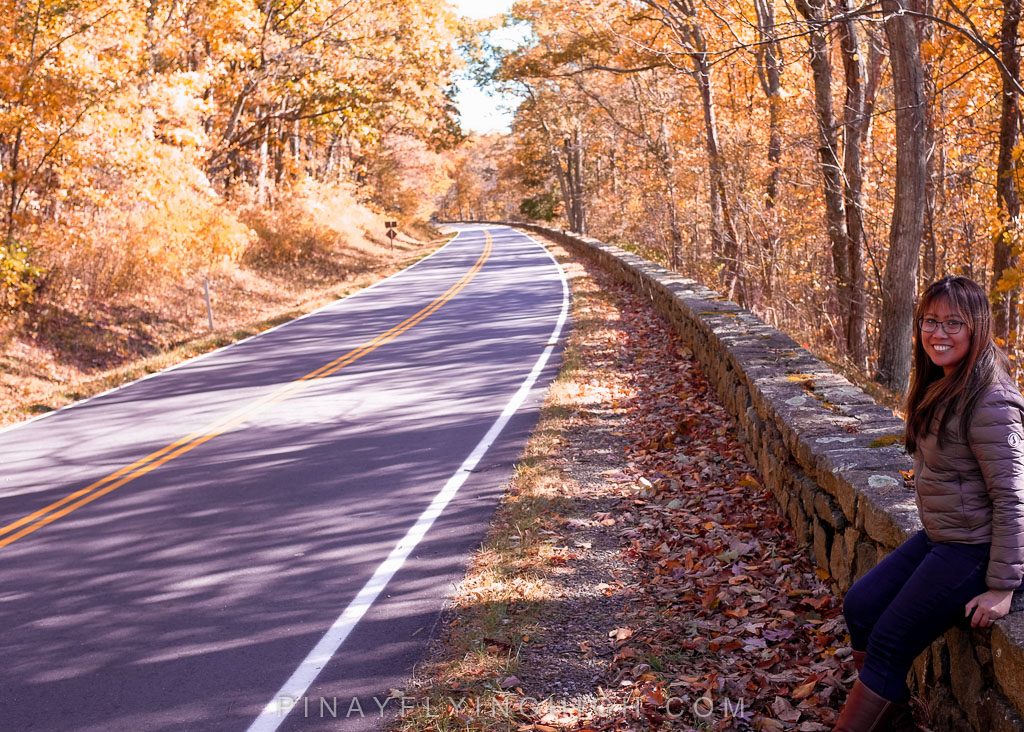 I’ve never experienced the four seasons until recently, VERY recently. I grew up in the Philippines and moved to the Middle East afterwards – both places only had two seasons so I never get to experience the complete change of your natural surroundings 4 times in a year. When I left Dubai in 2014, I spent about 6 months in the US – I experienced a bit of summer, the entire autumn and a bit of winter. I then went back the next year during spring time which triggered my asthma, suffice to say it became my least favorite season of the year as I’m always worried about getting sick.

Out of the four seasons, I love autumn the most. Nothing beats the burst of colors around you as the trees and plants decide to hibernate for the upcoming cold weather. The different hues of orange and yellow and sometimes red is so pleasing to my eyes – I’ve never realized that dying can be a beautiful thing. For our recent US holiday, as we’re arriving in the month of October – the height of autumn colors, I convinced the Greek Mister to do a roadtrip across the US to which he accepted eagerly. He missed driving on the “right side of the road” since we moved to London. Lol.

The East Coast of the US offers the most beautiful autumn drive. My family lives in Maryland and my Mom’s backyard alone gives us the most beautiful landscape which I can stare at forever. We carefully planned our trip making sure that we make the most out of it and here’s a brief itinerary of what we came up with. We chose the below places as all these were close to my Mom’s house where we’re staying. 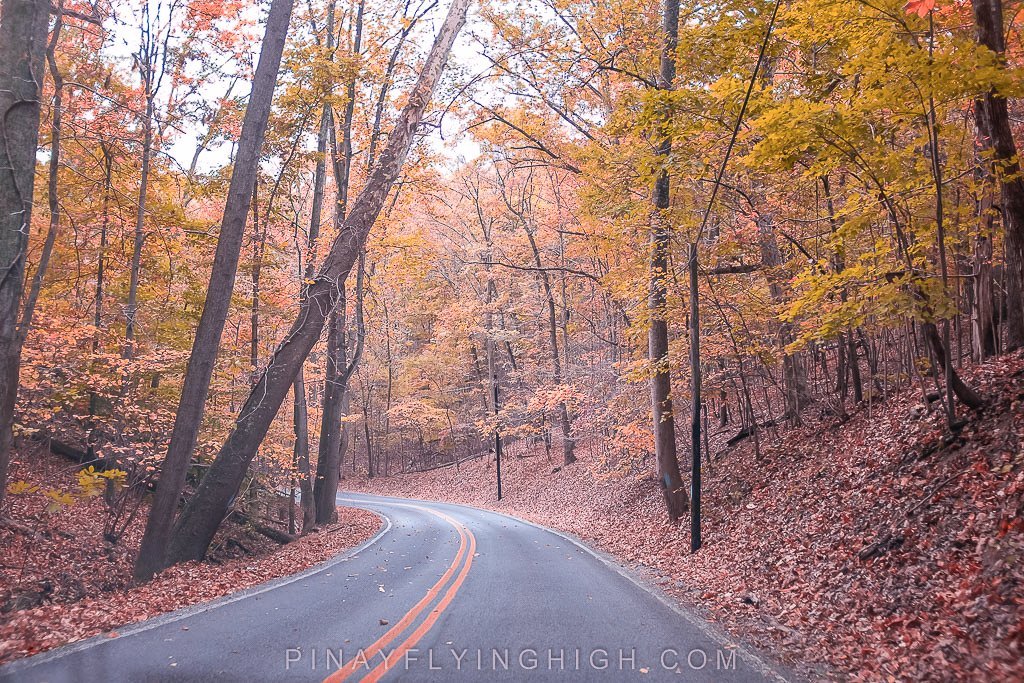 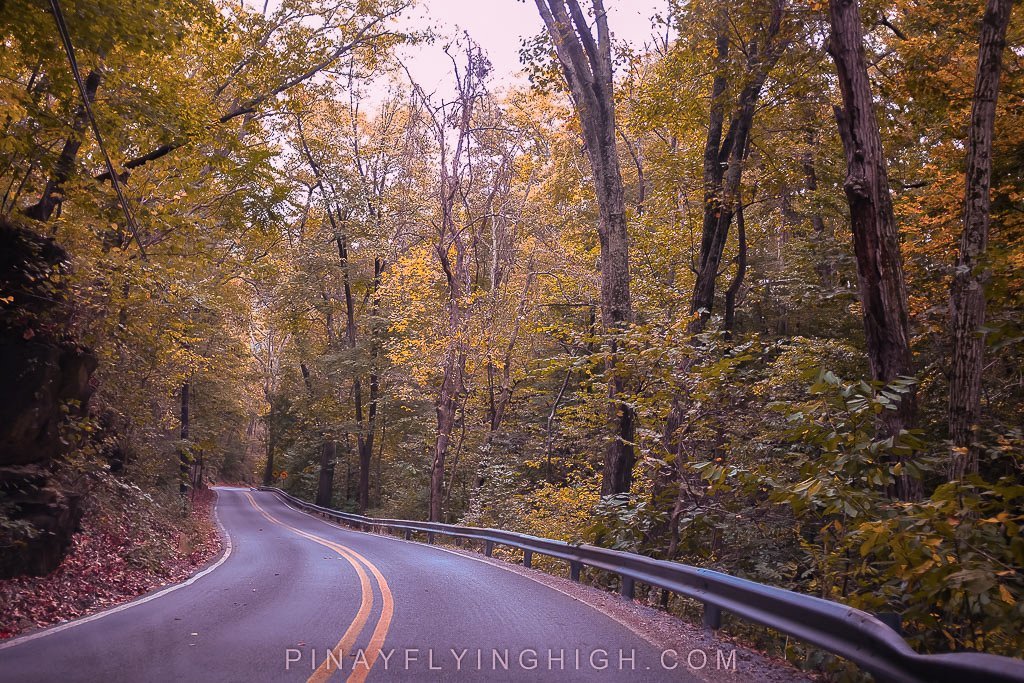 I must admit that if not for Gordon Ramsay’s Hotel Hell episode in Harper’s Ferry I wouldn’t have known about this place. He kept mentioning in the show how beautiful the place was without really showing much of it so I knew I just had to go see it for myself. The Greek Mister also saw the episode and he was also quite eager to see it. 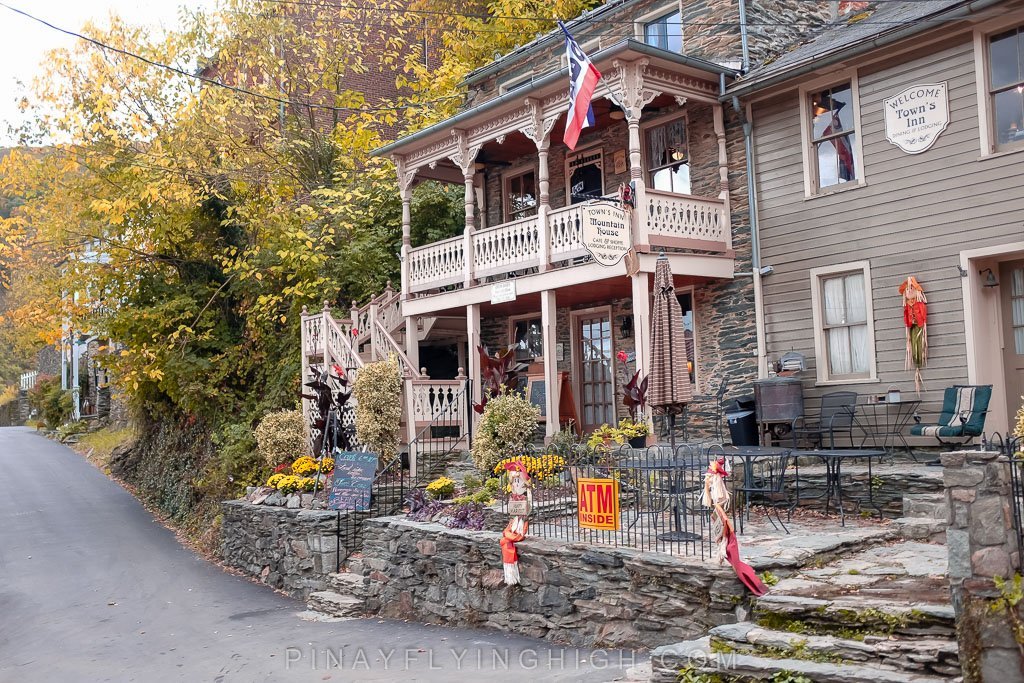 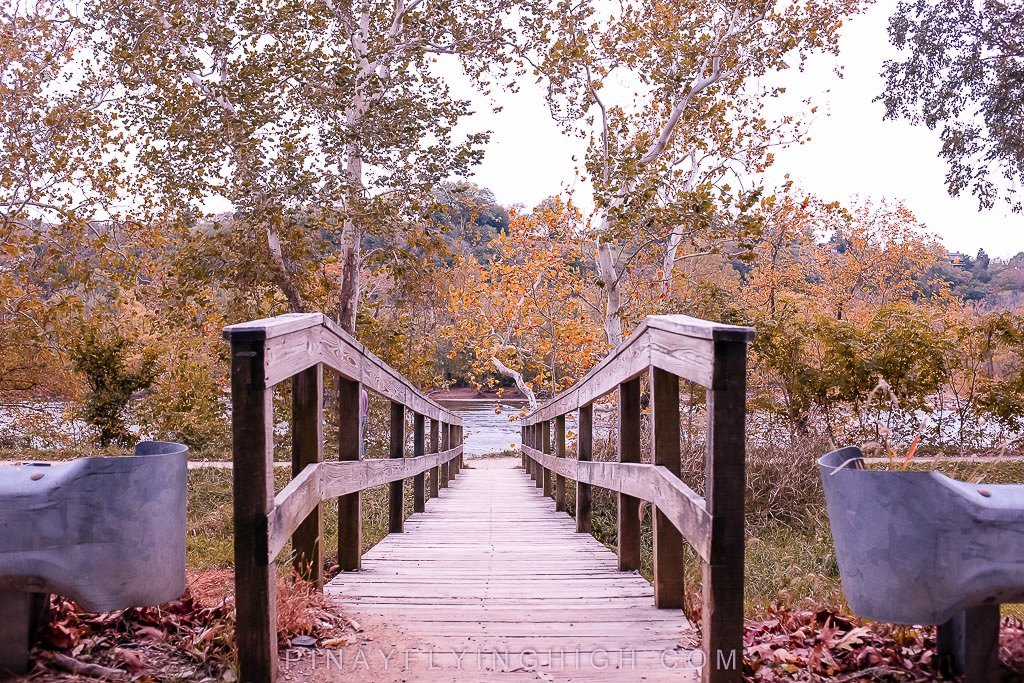 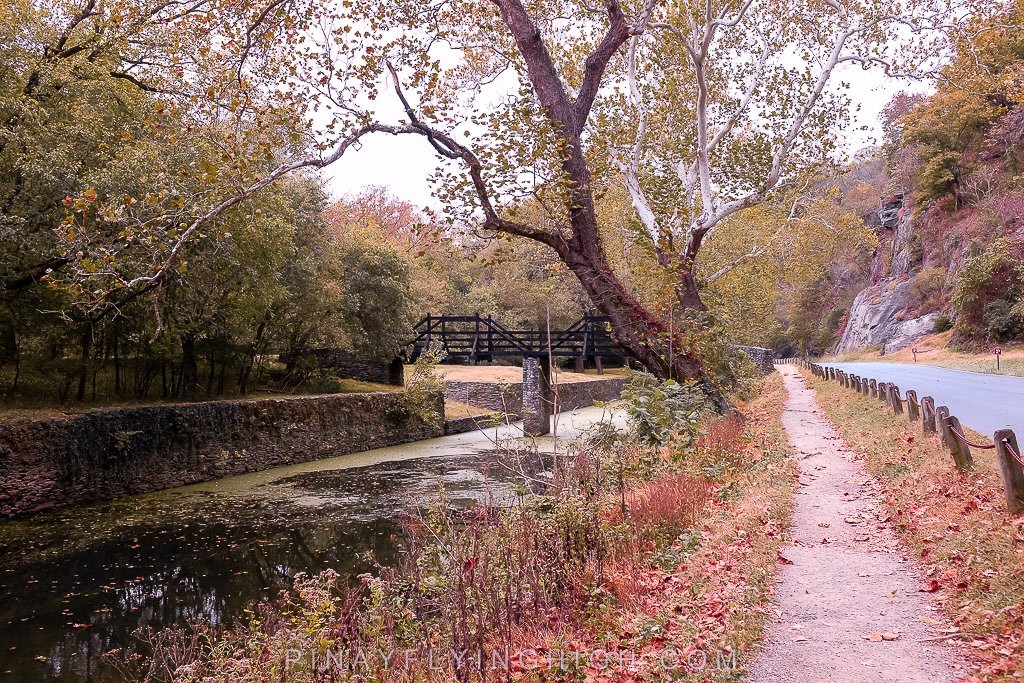 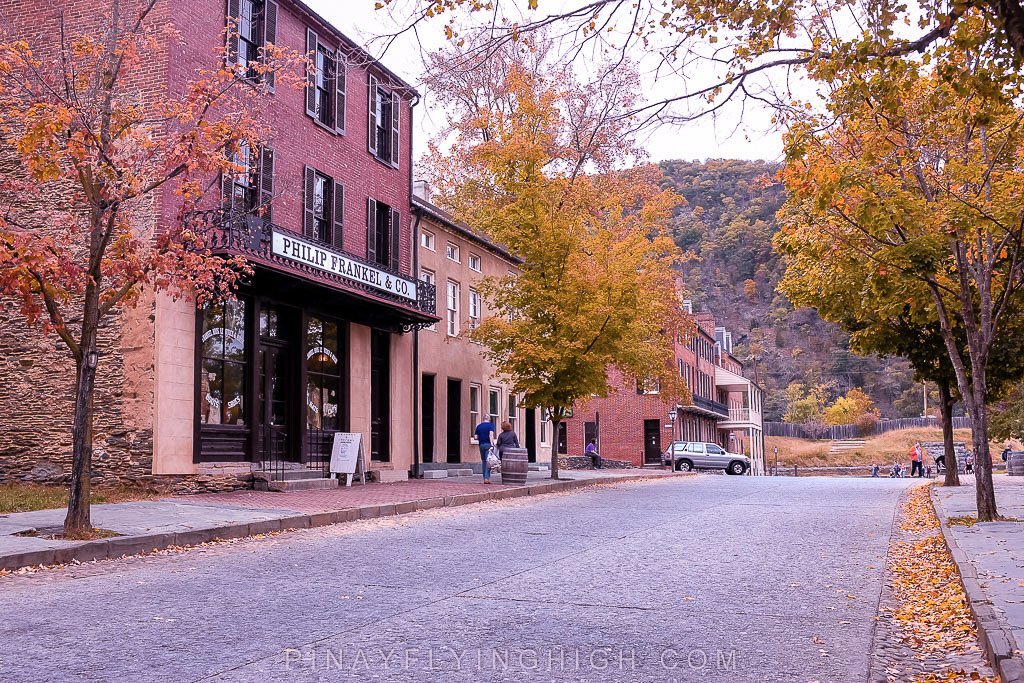 Harper’s Ferry is a historic town in West Virginia which looks like a movie set straight from a cowboy film. The Historic District is lined up with 19th-century houses and buildings significant to American Civil War. The Appalachian Trail passes directly through town which of course makes the scenery of Harper’s Ferry colorful during autumn.

It’s not really an “autumn destination” per se but I do love the old town feel of Alexandria, Virginia specially the Prince Street. Alexandria is a city just south of Washington DC, known for its well-preserved Old Town with brick sidewalks and buildings dating back from the 18th century. 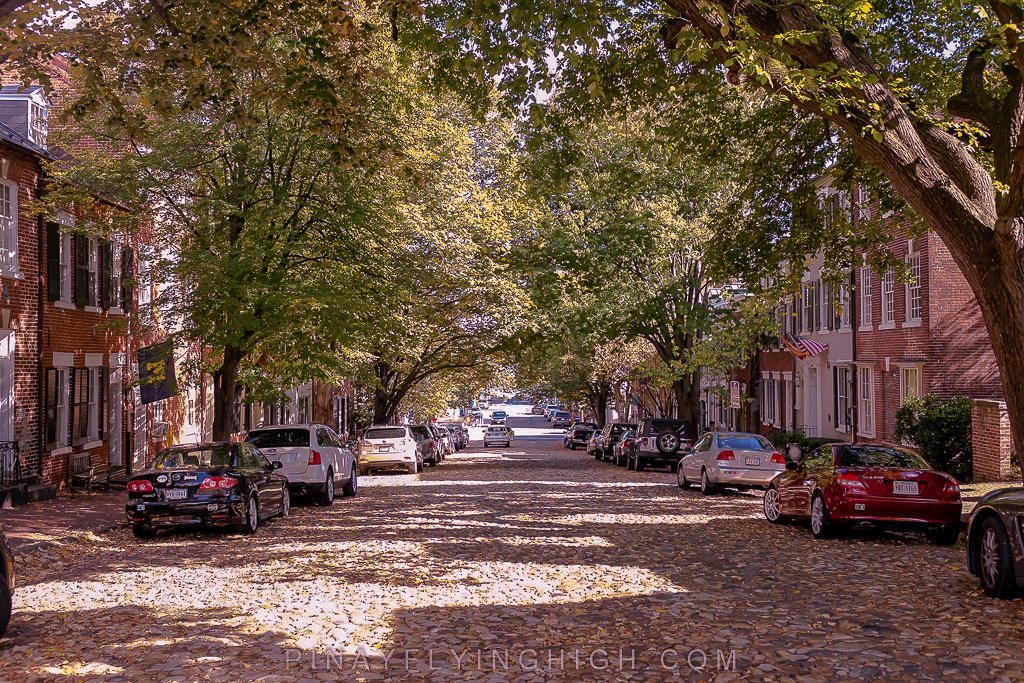 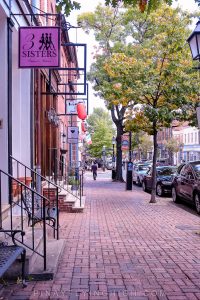 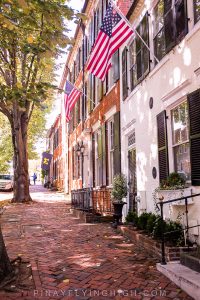 We of course spent most our time by the Waterfront stuffing our face with oysters. 🙂 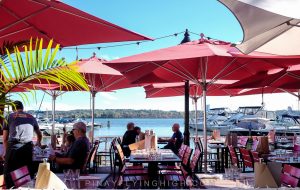 Skyline Drive is one of the most famous autumn drives in the US, it’s a 105-mile road that runs the entire length of Shenandoah National Park. It connects with the Blue Ridge Parkway drive at its South-end so you can basically drive for days if you’re really an autumn-drive aficionado. Sadly, we don’t have enough time to do the entire drive so we just drove a part of it. I’m not really sure about the USD25 fee per car that they charge to enter though because I think the Blueridge Parkway which offers free entry has better views but hey, that’s just me. 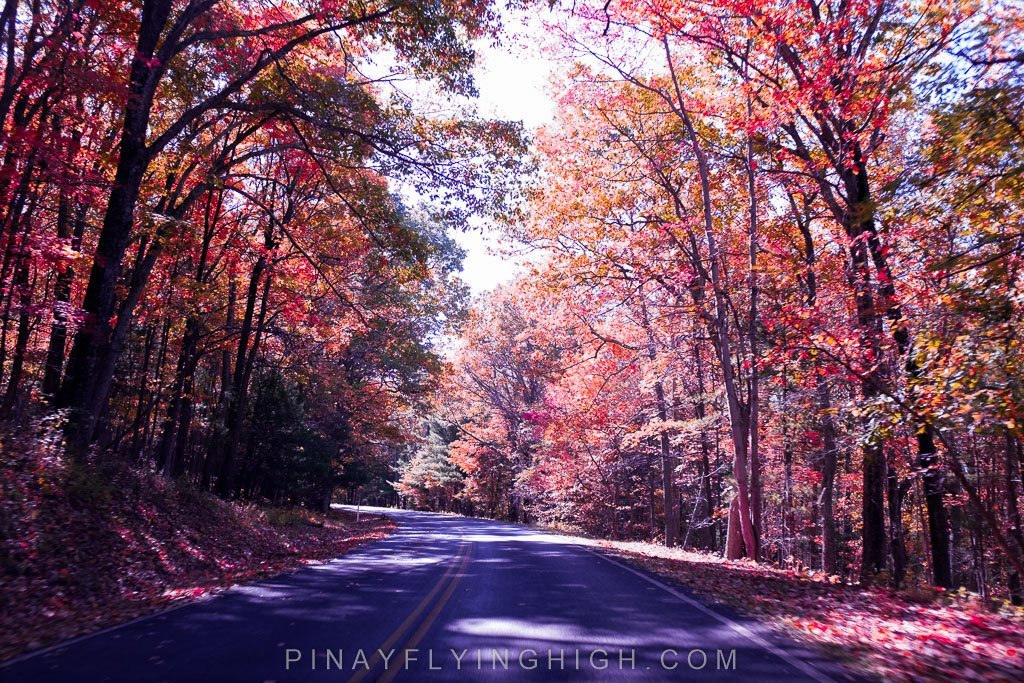 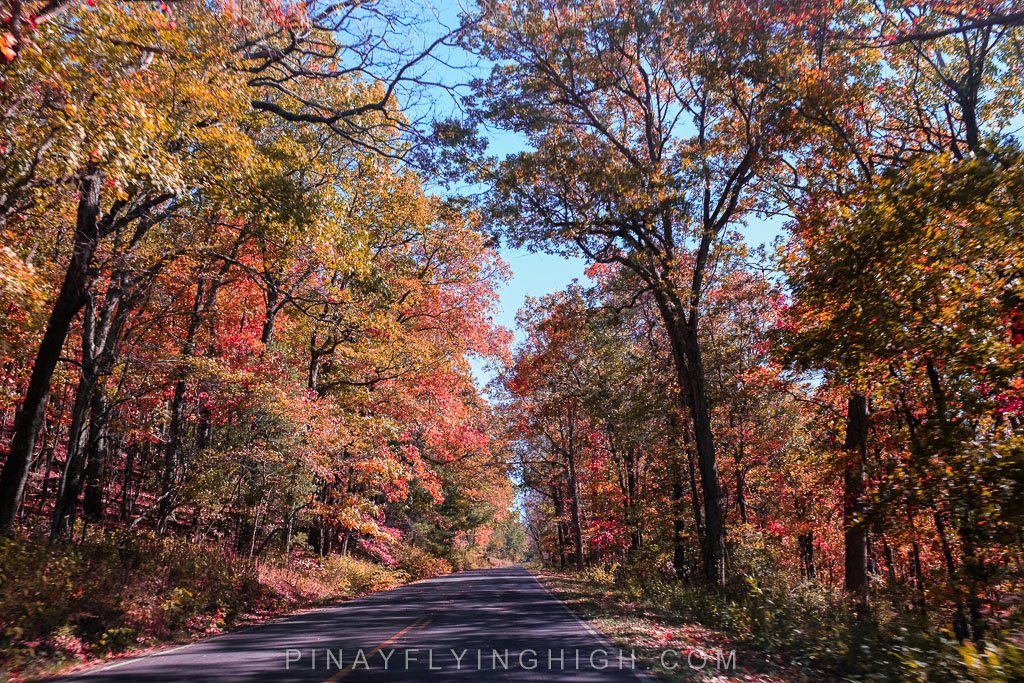 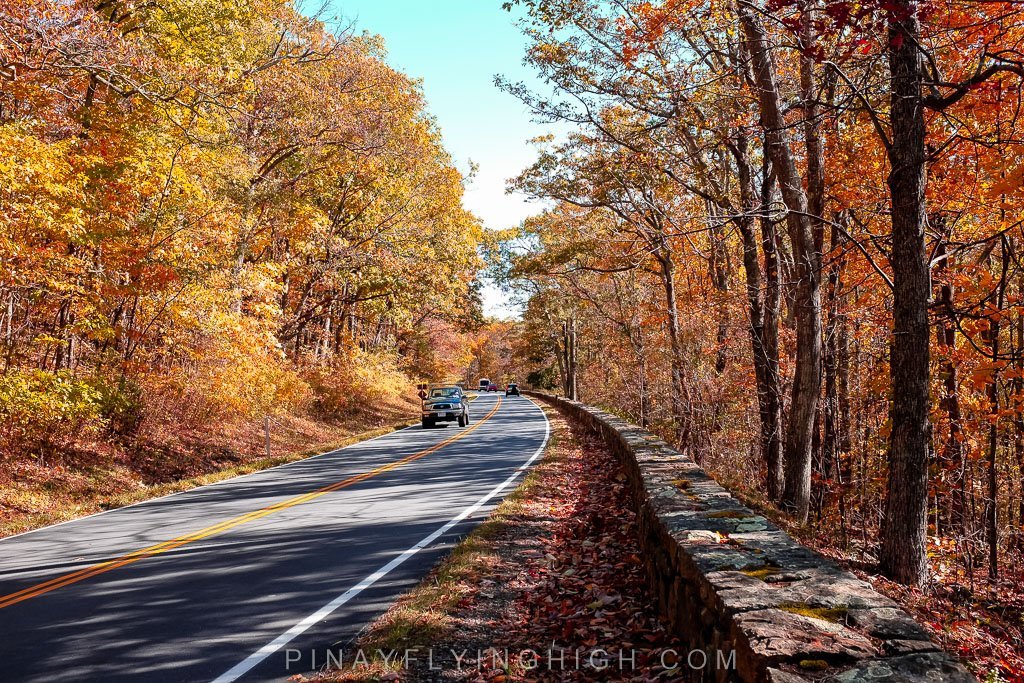 We had to break our long drive somewhere and we couldn’t have chosen a better place than Omni Homestead in Hot Springs, Virginia. It’s a historic hotel and the first resort in America which ultimately became the highlight of our US holiday. I wrote about my full review of Omni Homestead here. 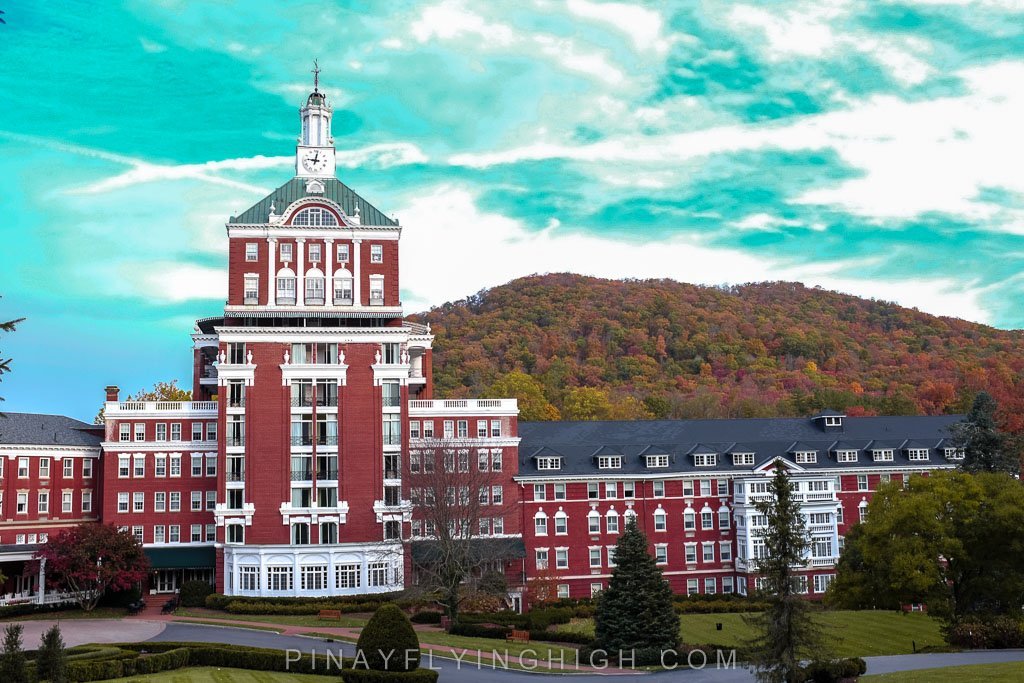 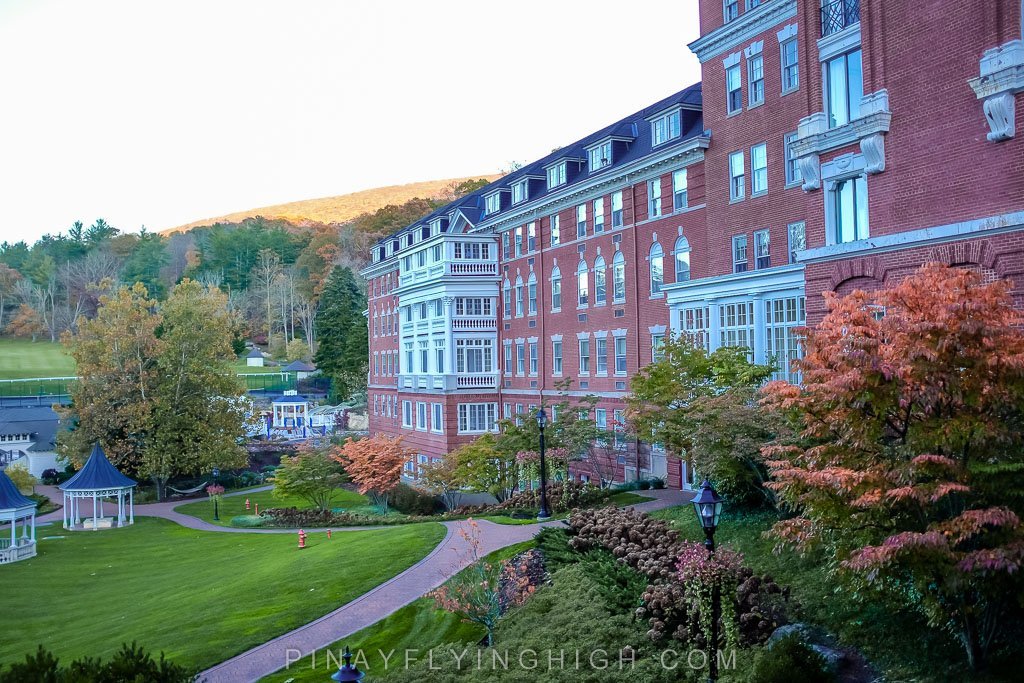 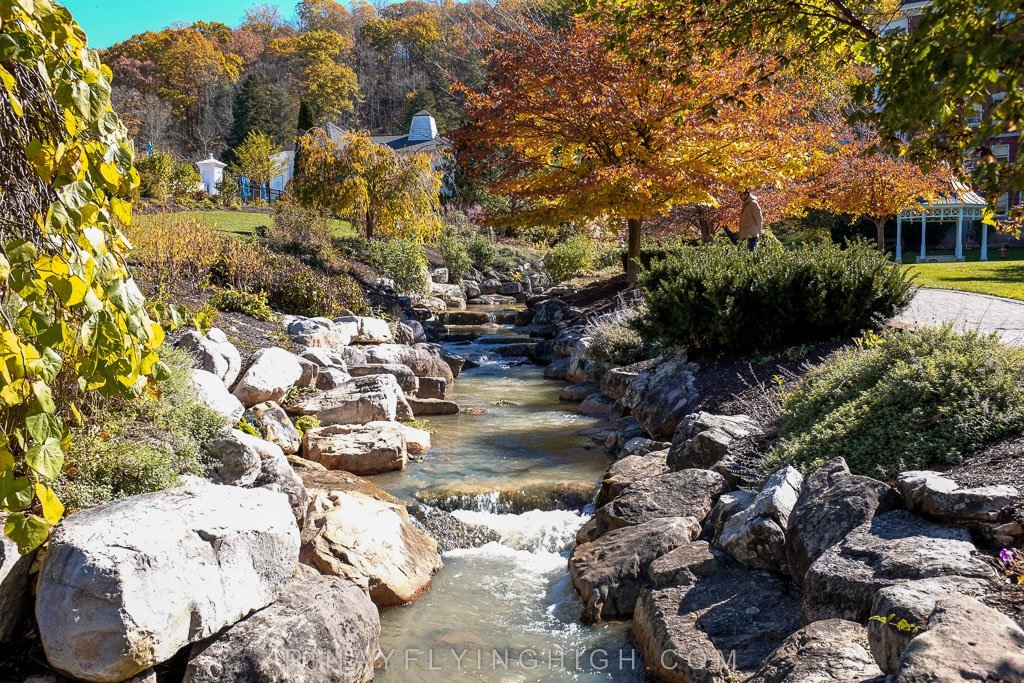 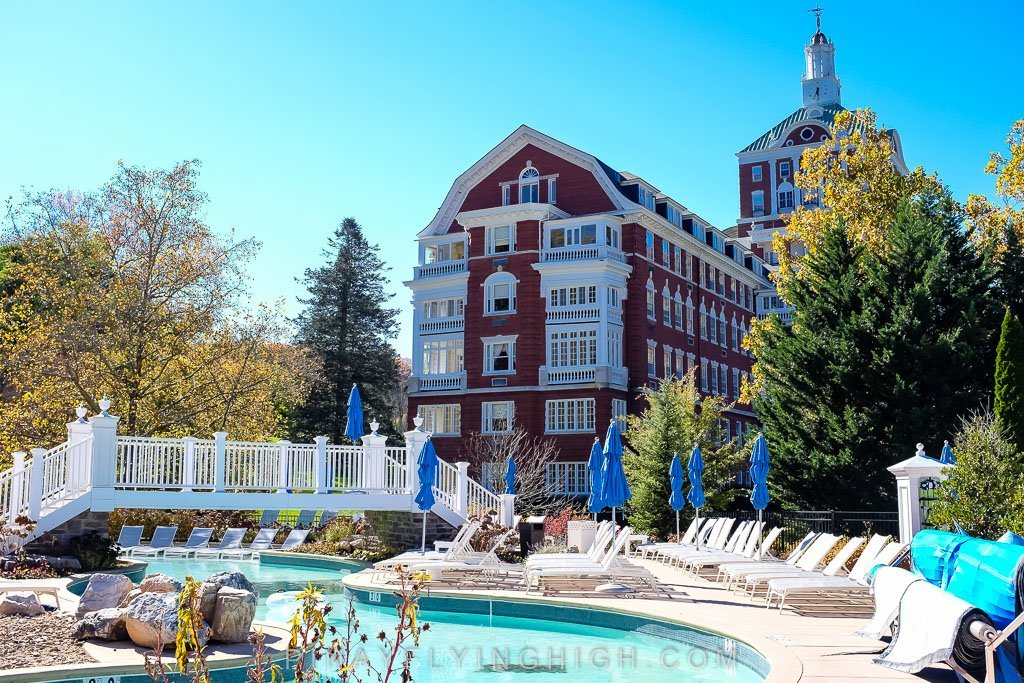 Save the best for last is what they say and the Blueridge Parkway is definitely the best road to drive during autumn at least for me. The Blueridge Parkway is a National Parkway which runs 469 miles from North Carolina to Virginia. The lookouts in this road offers an extremely scenic view which I think was much better than Skyline Drive’s plus, as I’ve said earlier, it’s free to access unlike Skyline Drive. Watch out for ladybugs though, we were attacked by them in most of the lookout stops that we’ve done while there. :p 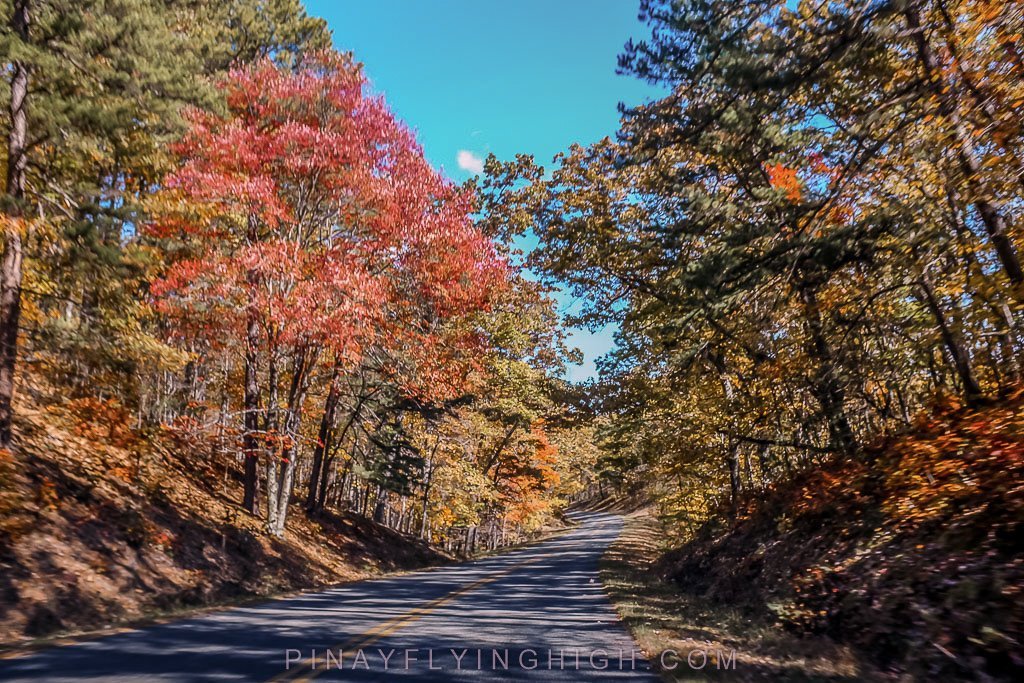 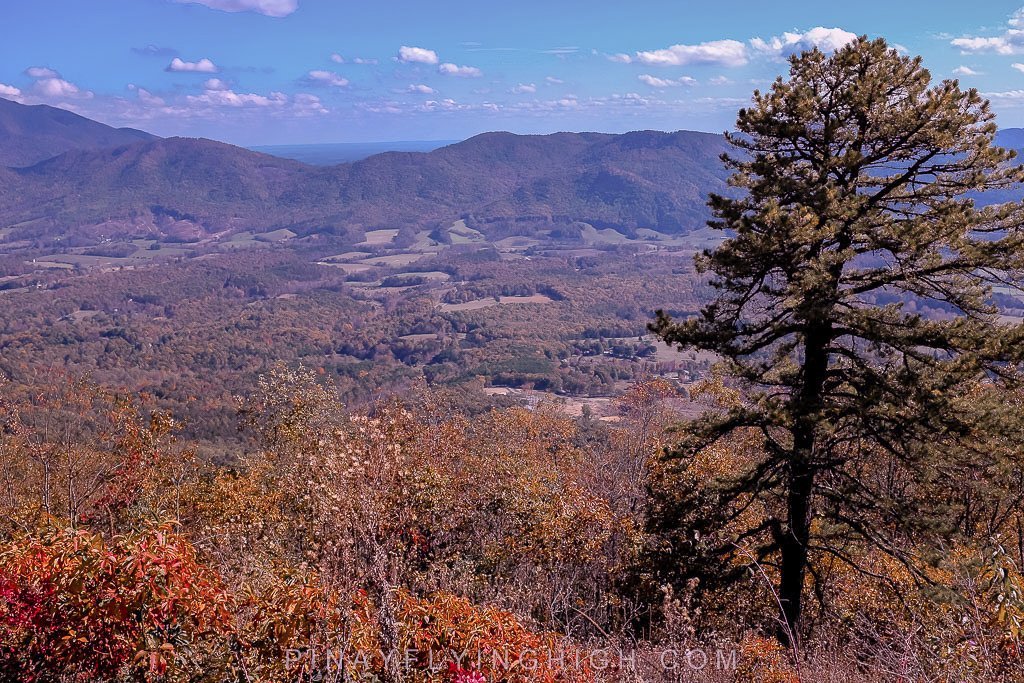 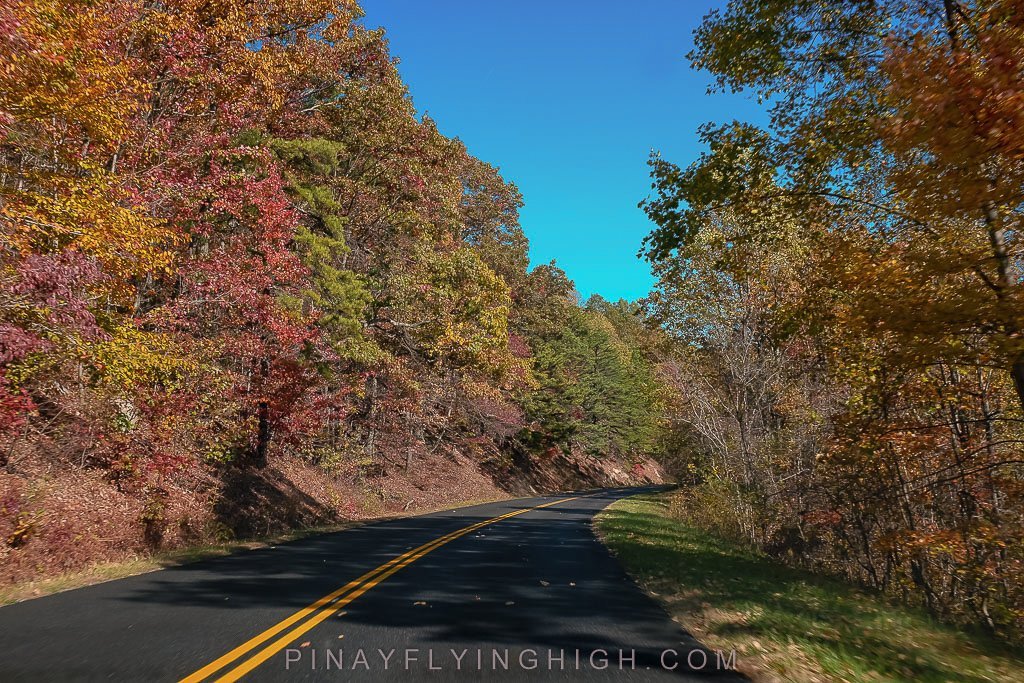 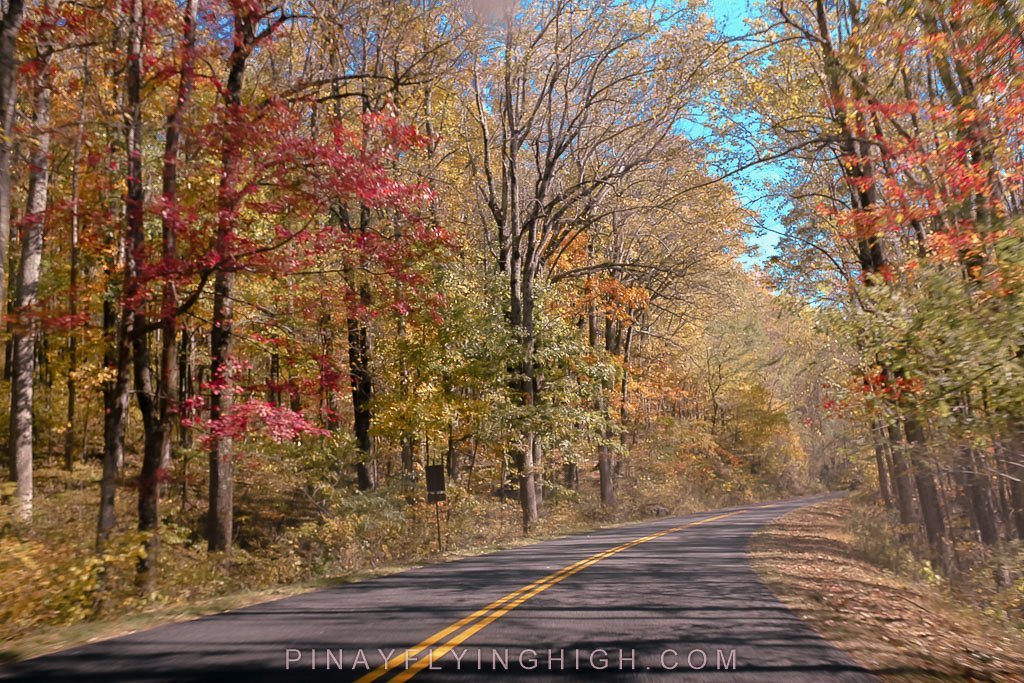 My photos don’t do justice, it’s kind of one of those you-have-to-do-it-to-believe-it kind of thing. Next time we go back to the US for a holiday, we’re planning to do a similar trip but in New England. I’d need some advice and tips if you’ve already been. 🙂 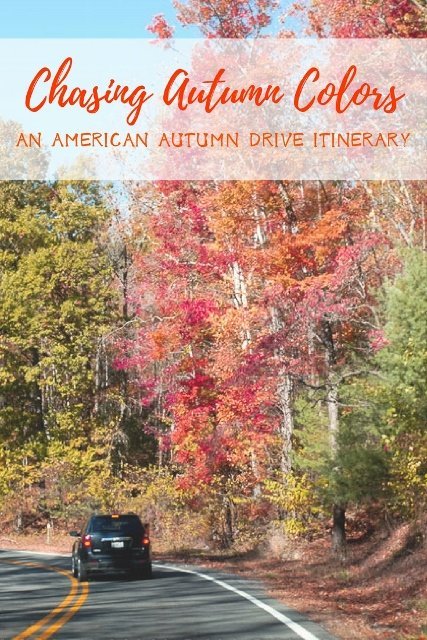