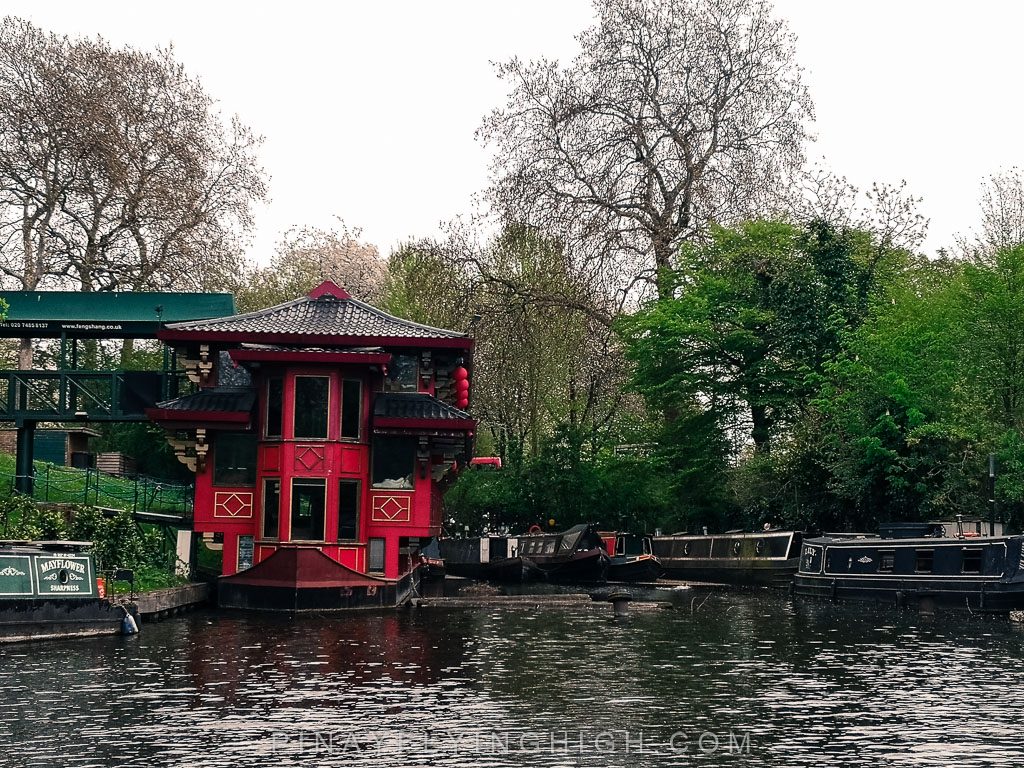 This is possibly the longest walking tour I’ve ever done so far guided by London’s Hidden Walks book series. So long that I had a swollen ankle the next day, my own fault though because I forgot to put an insole for my flat feet when I knew that this will be a 5km walk with an extension through the Regent Canal. Needless to say, I was limping my way to work the next day.

I’m still enjoying all these London walks and I’m quite proud of myself for slowly completing each and every itineraries. I think I’d be able to finish half of it by the end of this year, crossing my fingers on that. Anyway, so let’s start with the walk itself, here are my favorite stops in this itinerary: 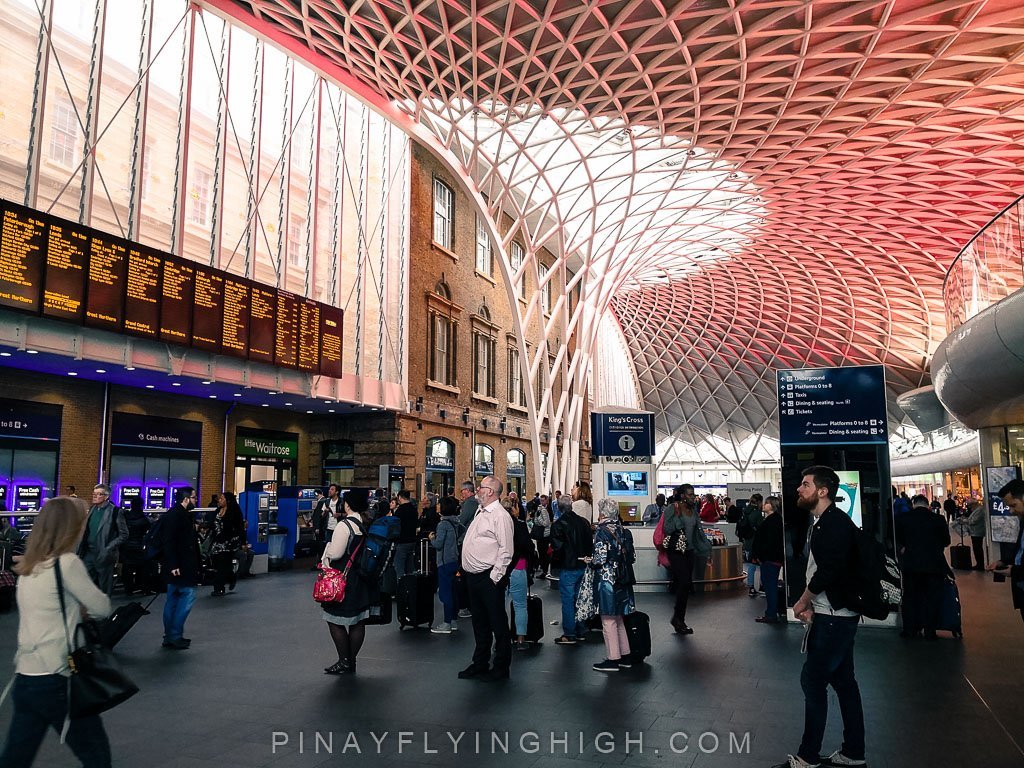 The first stop was the King’s Cross station which I’ve never been before until this walk, it’s extremely popular for the Platform 9 3/4 featured in the Harry Potter movie. When I arrived at around 9:30am, there was already a long queue to get your photo taken with the trolley half wedged into the wall. I’m not the biggest fan of HP franchise (don’t shoot me) but I still had a quick browse through the Harry Potter store and watched the fans have their photos taken pretending they’re about to go to the magical world of Hogwart’s School. 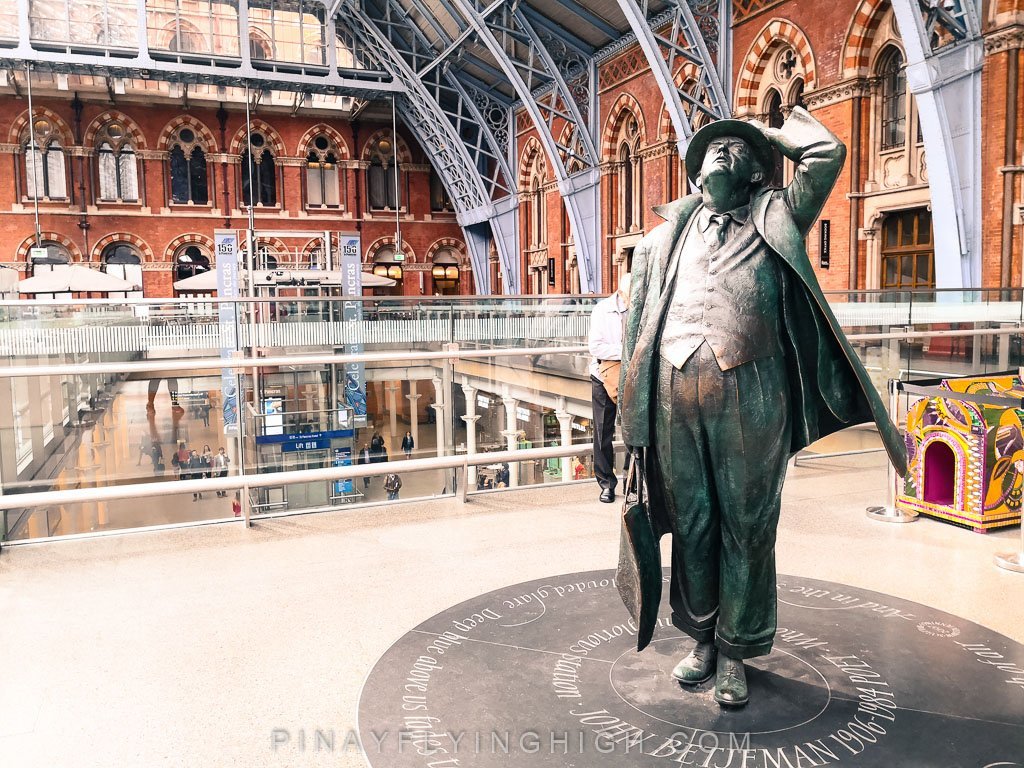 St Pancras Station is right next door, built in the 18th century on top of Agar Town – a slum area described by Charles Dickens as “an area with a stench of a rainy morning enough to knock down a bullock”. It’s no longer as stinky though these days, thankfully. I loved the statues that you can find inside the station specifically the “Meeting Place”, I didn’t realize it would be gigantic. 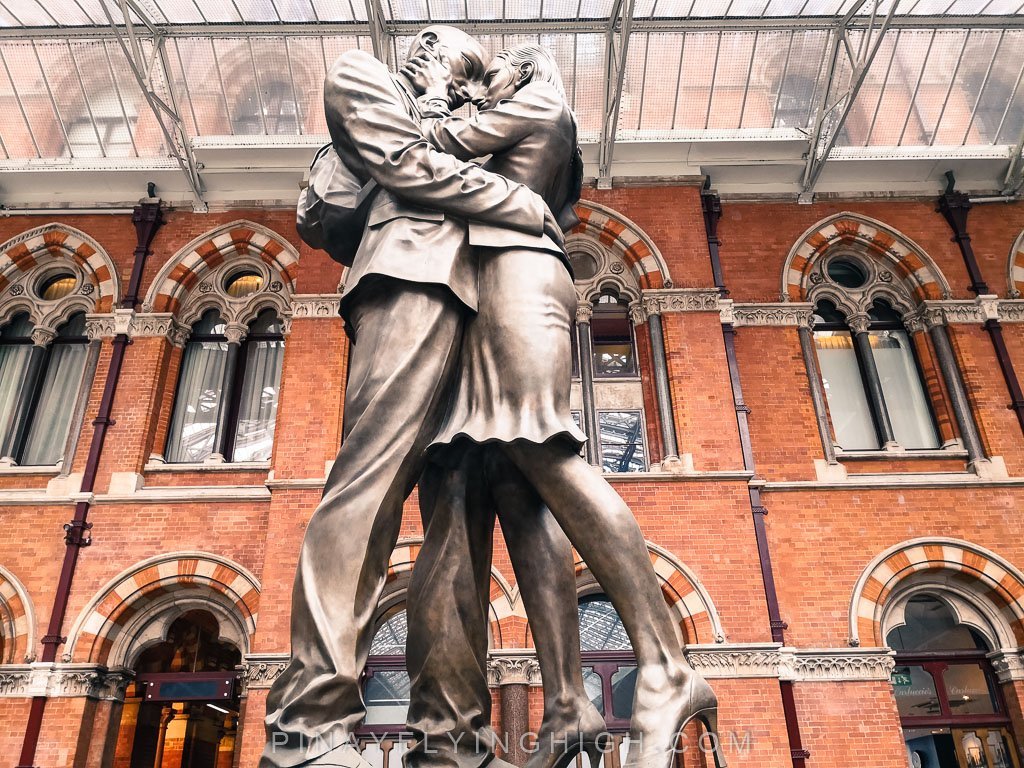 The St Pancras Renaissance London Hotel is nearby and its beautiful facade is quite hard to miss. It had been used as film locations for movies like Batman, 102 Dalmatians and Harry Potter. Famous people have stayed in this hotel like Oscar Wilde who was kicked out while he was staying here to maintain the peace and safety of other guests when a notorious gang was looking for him. 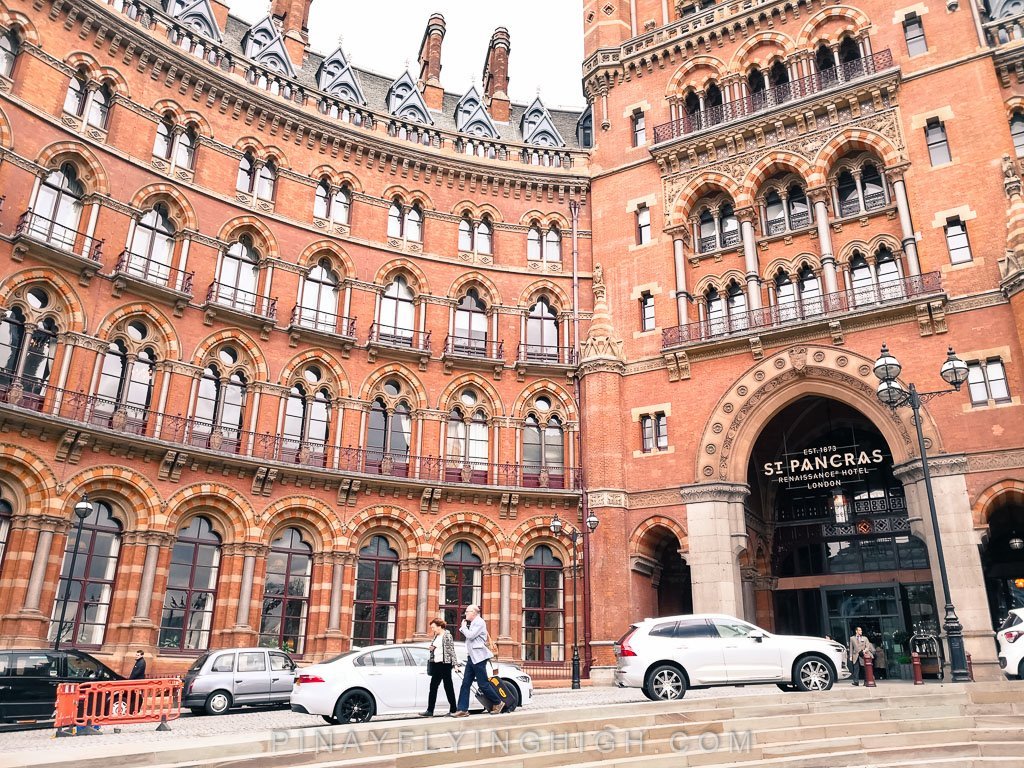 The Woburn Walk is a detour that I highly recommend for anyone to take, it is the first pedestrianized shopping street in London and will make you feel transported into a different era. It’s such a welcome contrast to the very modern buildings just a few steps away from it. 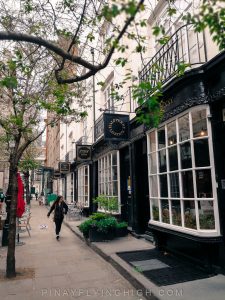 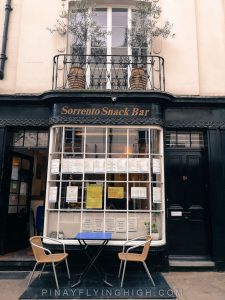 Up ahead, I stopped at the oldest church of London – St Pancras Church and explored its beautiful and peaceful courtyard. I love visiting cemeteries for reasons I simply can’t explain, I just always find it peaceful and atmospheric at the same time. I looked around some of the tombstones scattered around the gardens including Hardy’s Tree. The Beatles, at the height of their popularity, did a photo shoot here which excited the locals crowding around the gates to watch them. 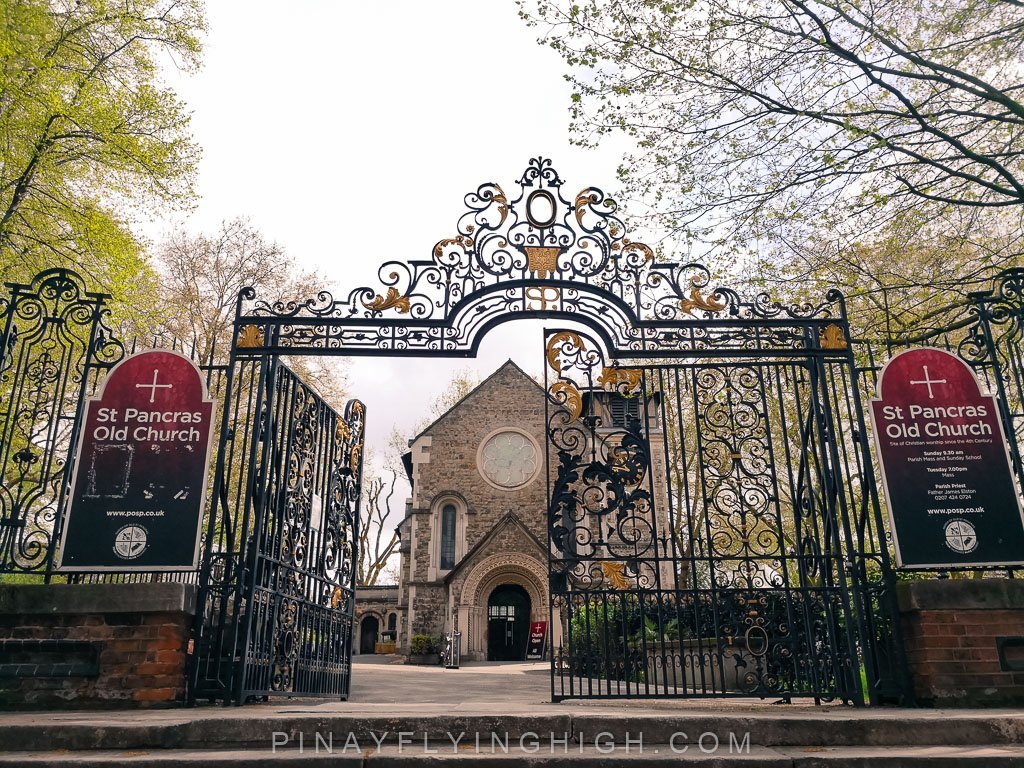 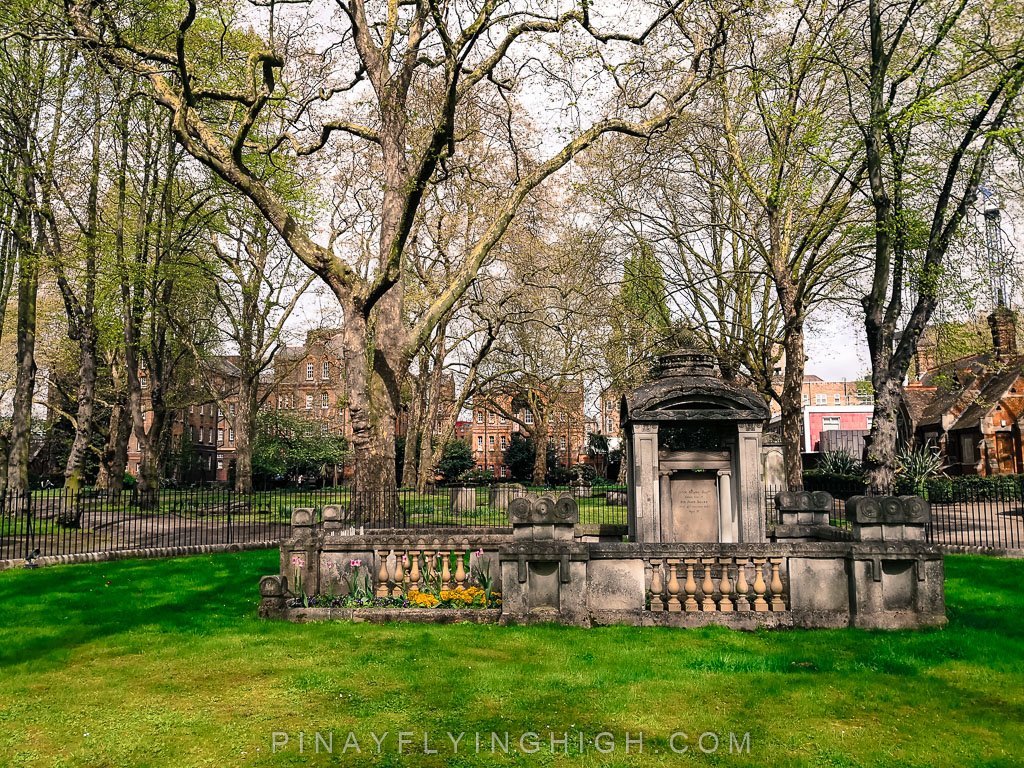 Camden area is my favorite stop in this itinerary, I’ve always loved visiting this place since we moved to London. The liveliness and vibrancy is infectious, just walking around Camden makes me feel young. Lol. The World’s End is Camden’s oldest drinking establishment founded in the 16th century. While it’s extremely chaotic at night, it’s actually very civilized during the day – a great stop for a pint or two. 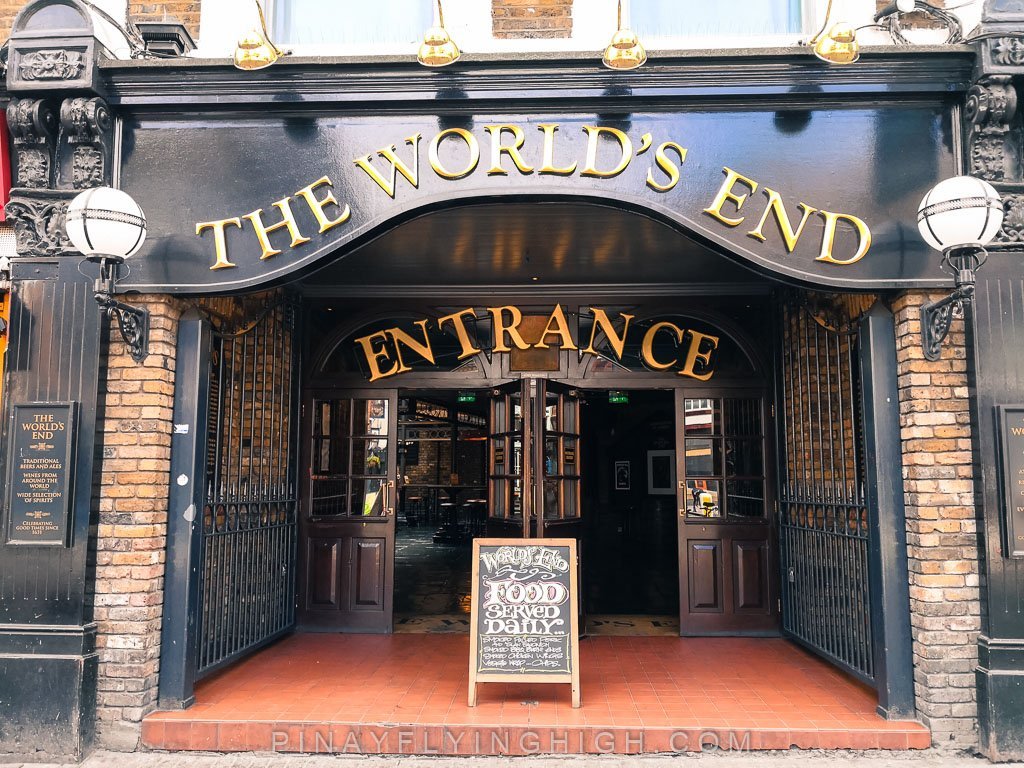 Interestingly (or un-interestingly) the first lady’s public lavatory in the country is in Camden. It was installed in 1910 which until that time, people thought that it’s improper for a woman to go to a lavatory anywhere but in their home. :p 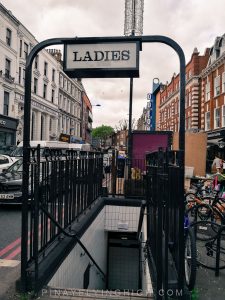 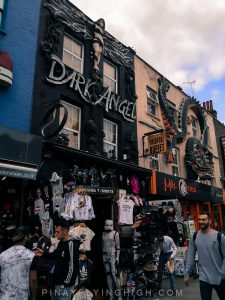 People who grew up in the 90’s will appreciate the next few stops – Spreadeagle public house is one of Camden’s favoured haunts for Britpop’s aristocracy particularly members of Blur and Oasis. Another favourite hangout of British musicians is The Good Mixer where Oasis’ Liam Gallagher is apparently banned because of his behavior. Hawley Arms in Castlehaven Road was frequented by Amy Winehouse, Kate Moss and Kelly Osbourne. 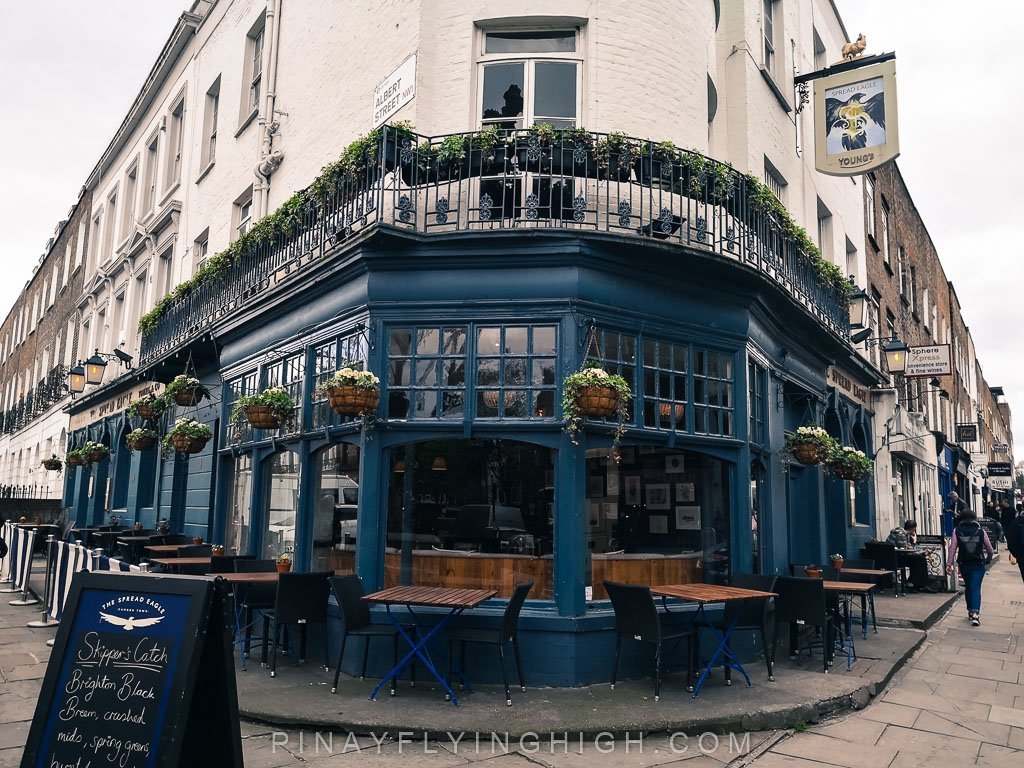 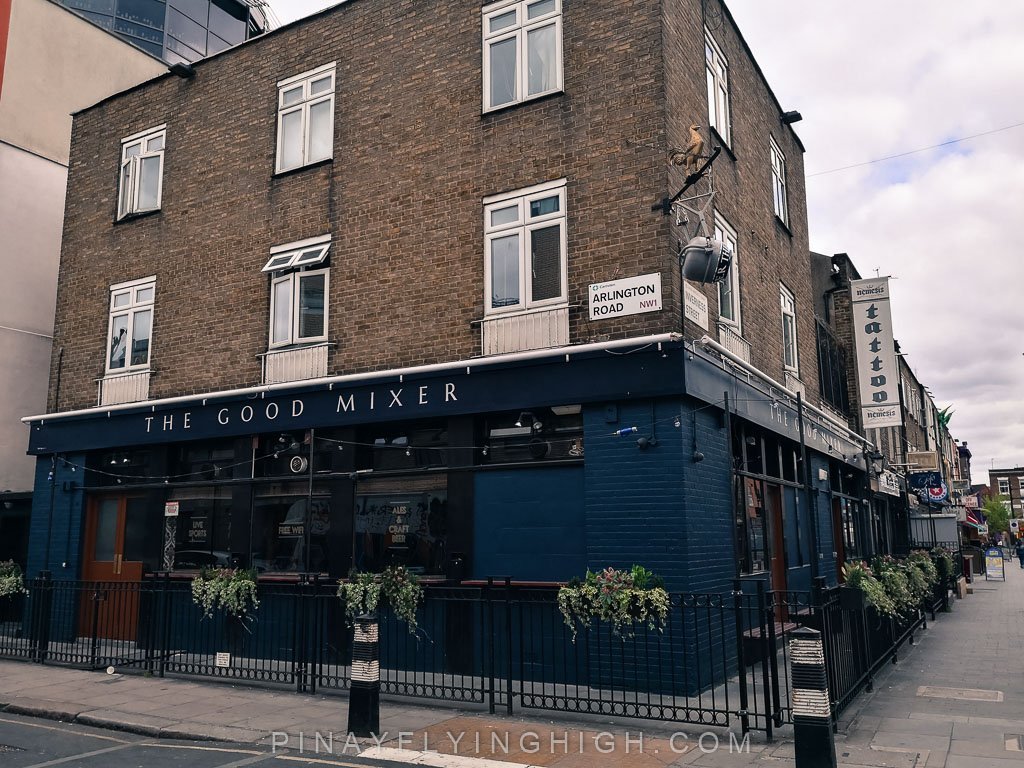 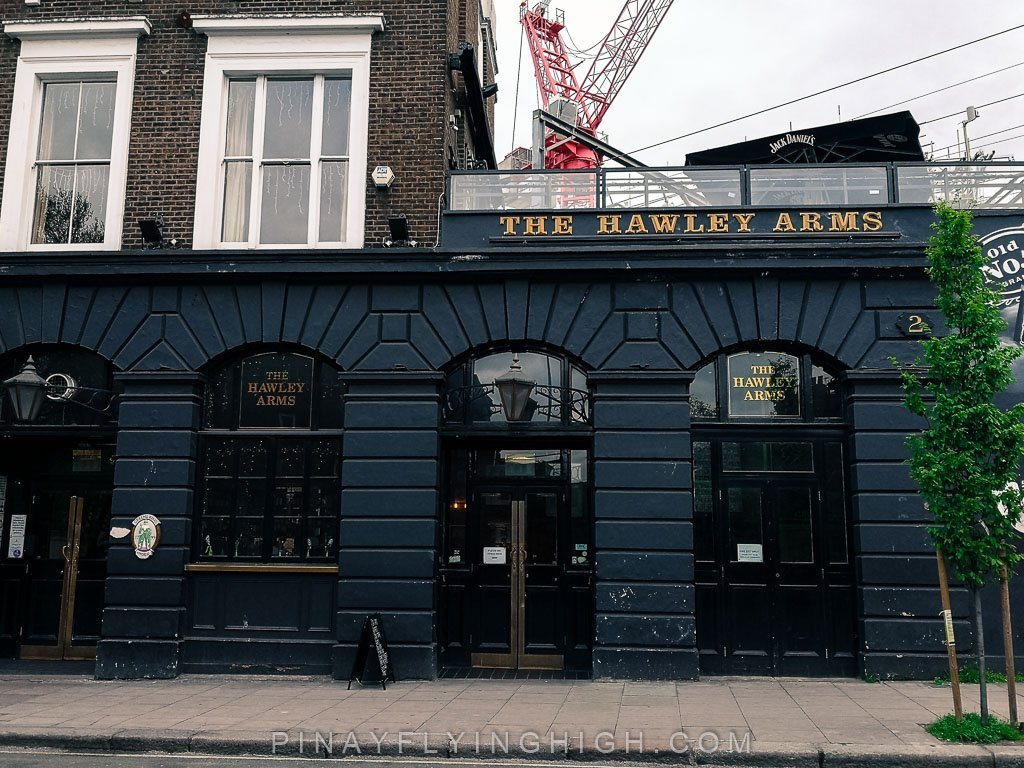 I met my friend Angela in Camden Market after the walk and of course, I pigged out on food which is what normally happens whenever I’m in Camden. If you can honestly tell me that you can stay in Camden Market without stuffing your face then you’re my hero. We were there on a Monday during lunch time and although it was a weekday, we still had a hard time looking for an empty table. 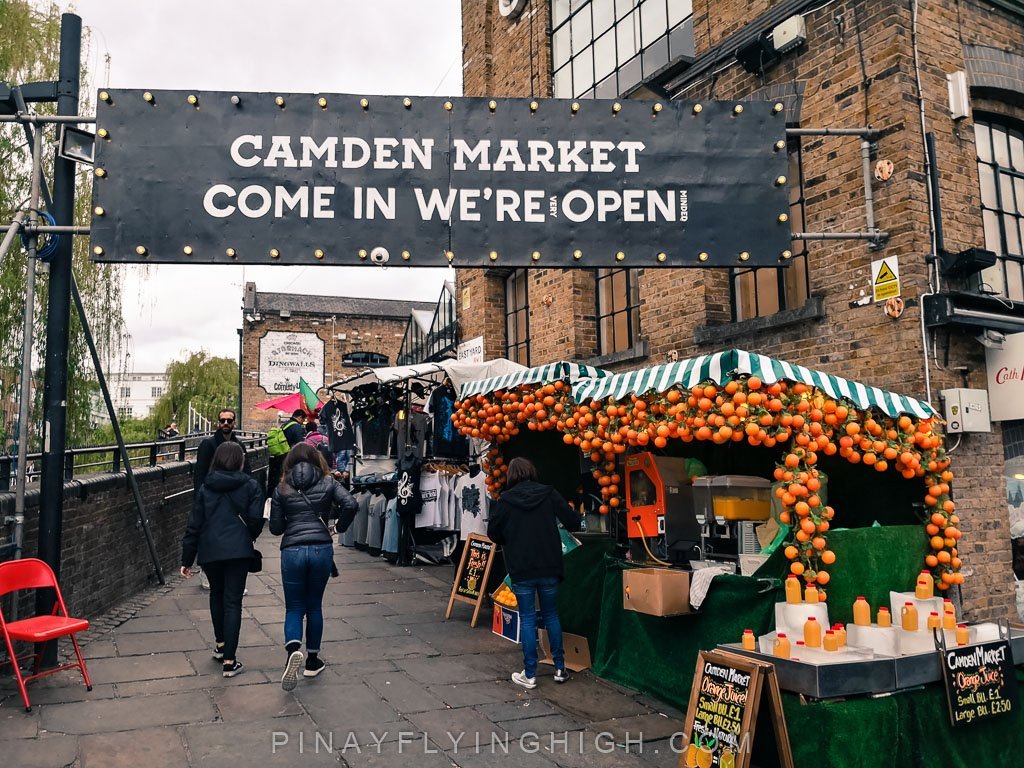 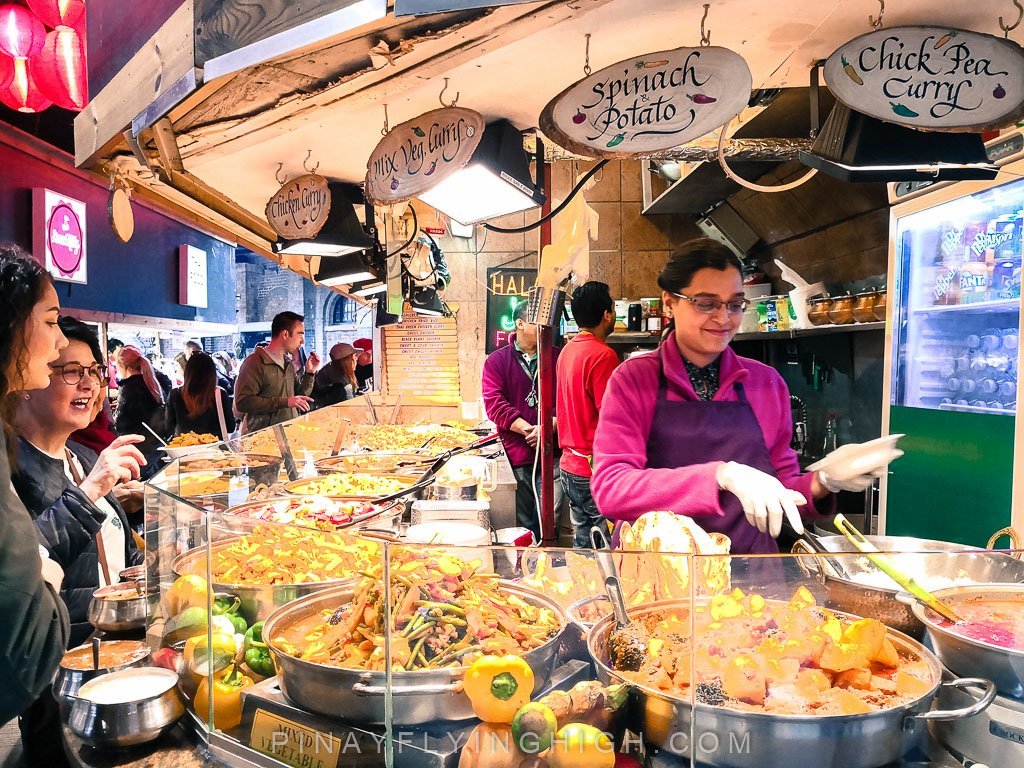 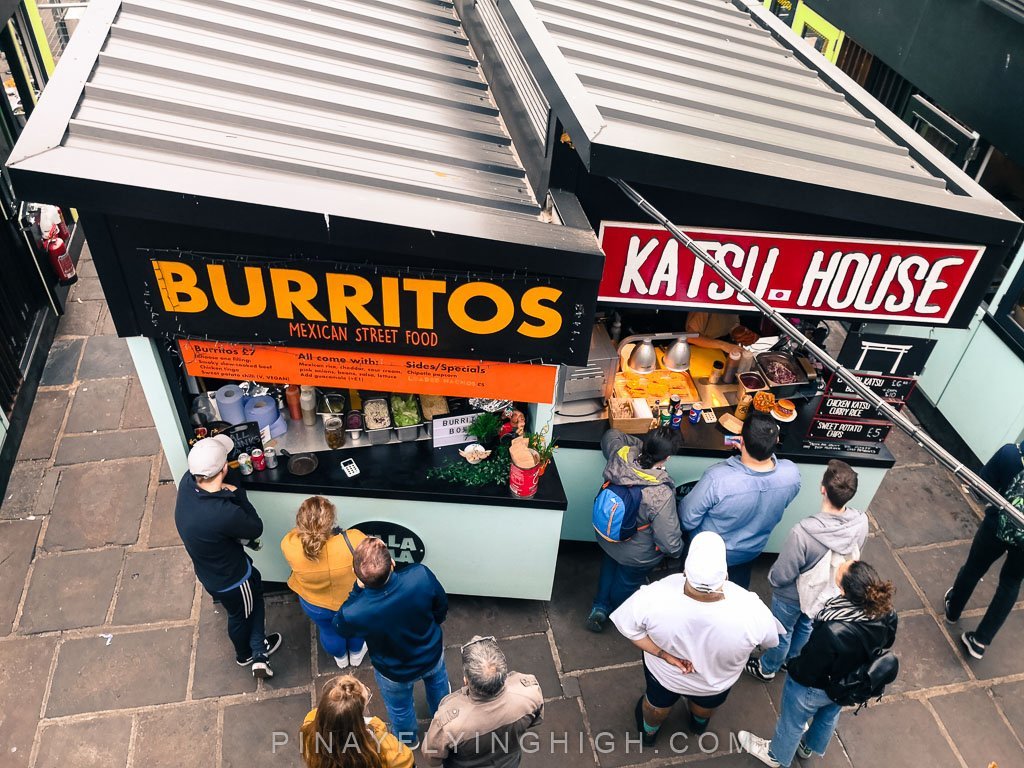 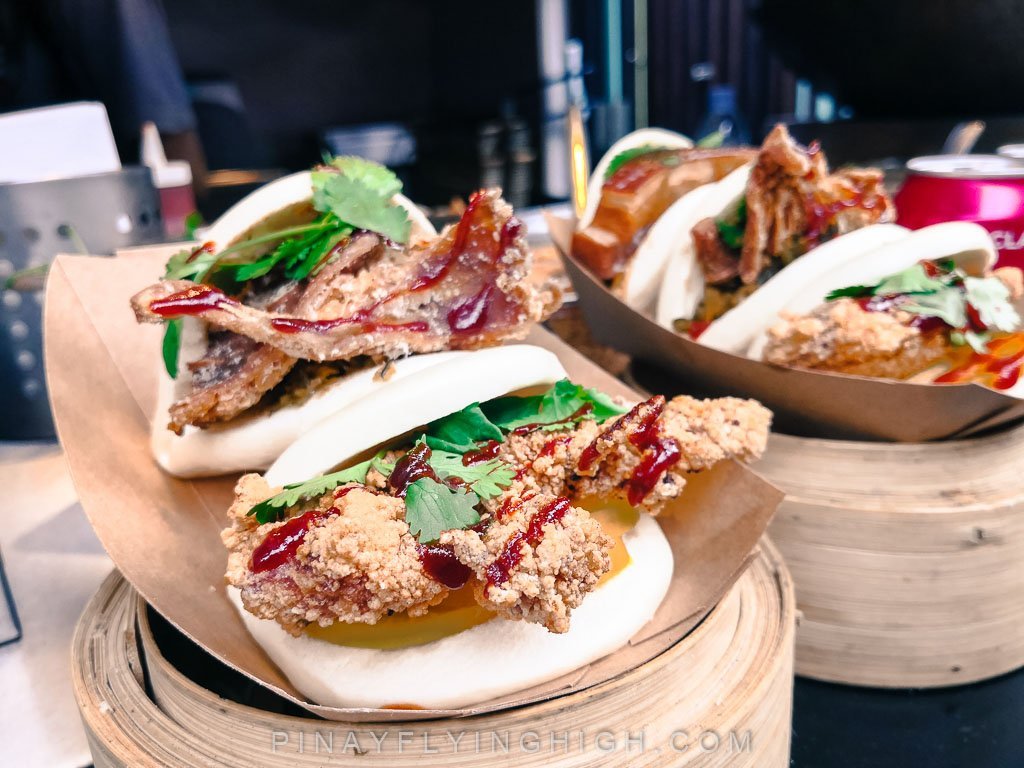 After lunch, we walked along the Regent Canal towards Regent’s Park. We were blessed with a good weather that time, a rarity here in London so we just had to make the most out of it by having a leisurely walk along the canal. We passed by the London Zoo and saw some animal cages from where we walked through. I guess it’s a free glimpse of the zoo from there. 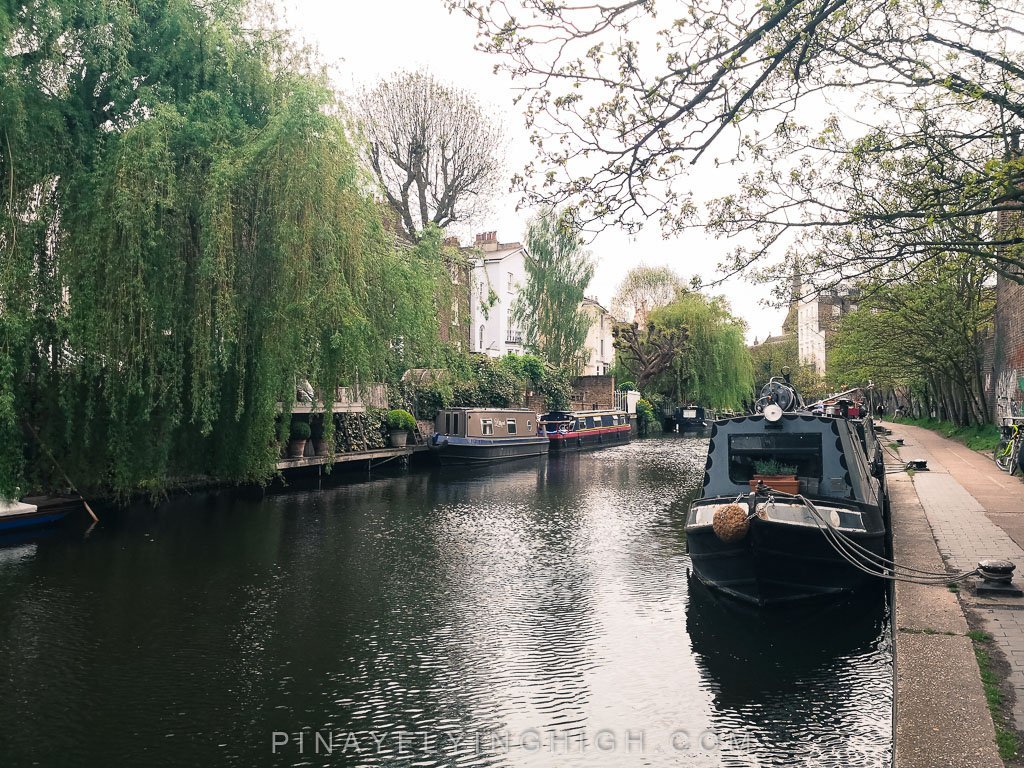 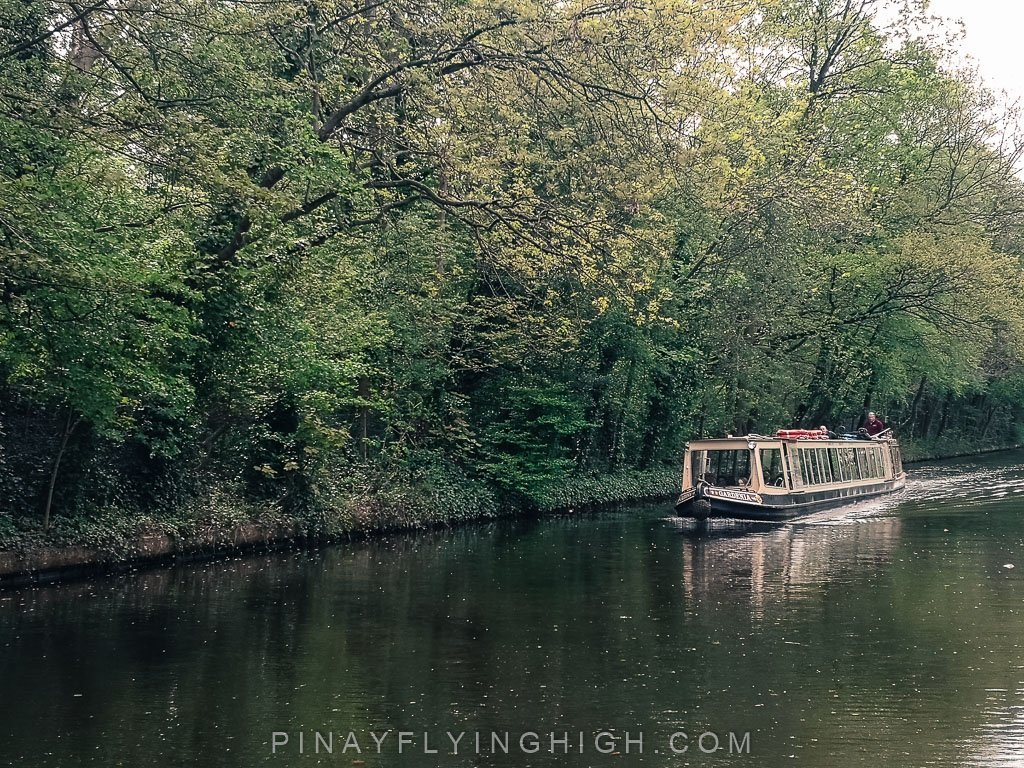 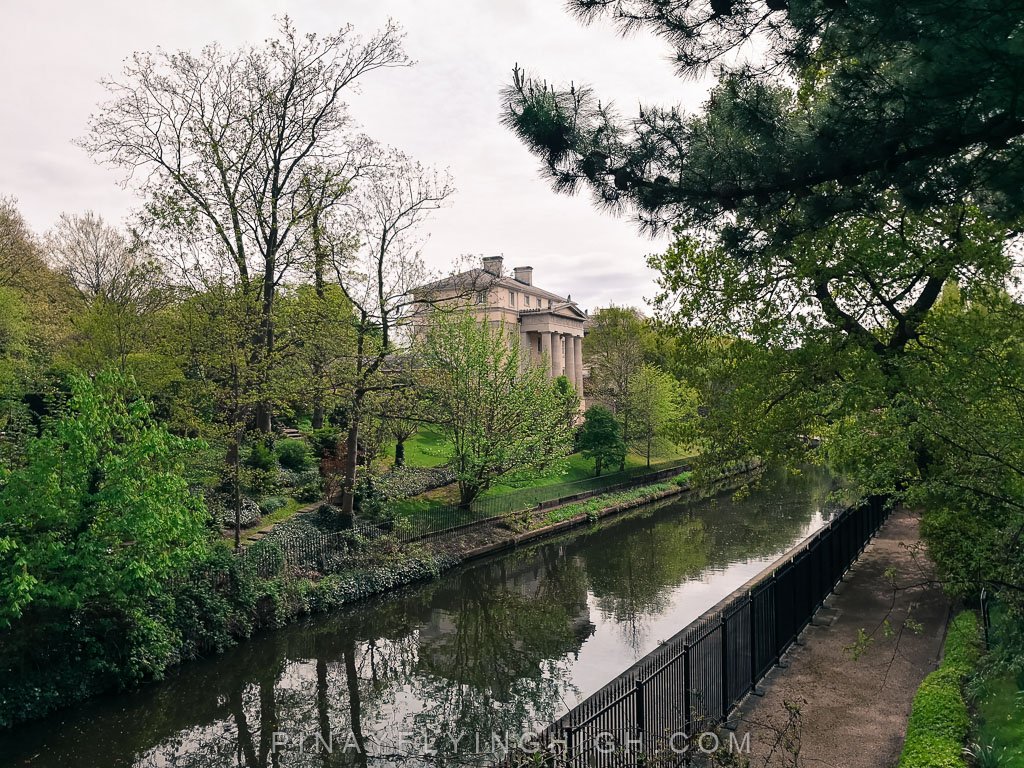 We had a coffee break in Regent’s Park after the long walk before heading home. It was another great London’s Hidden Walks itinerary completed and I simply can’t wait for the next one.

London’s Hidden Walk is seriously a great purchase if you like walking around London and exploring its sights and learning more about its history. If you want to buy all three series, it costs £17.28 but you can also just buy the Volume 3 of the series where the King’s Cross, St Pancras and Camden walk is featured for £10. You may click on the images below if you wish to buy it. 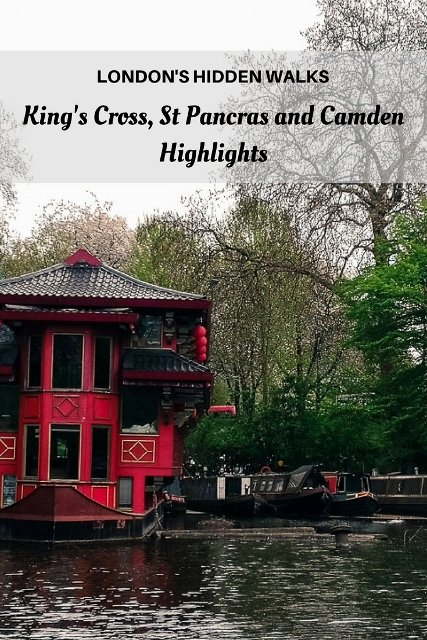