Date Night In London | Bunga Bunga Is Where The Party’s At. 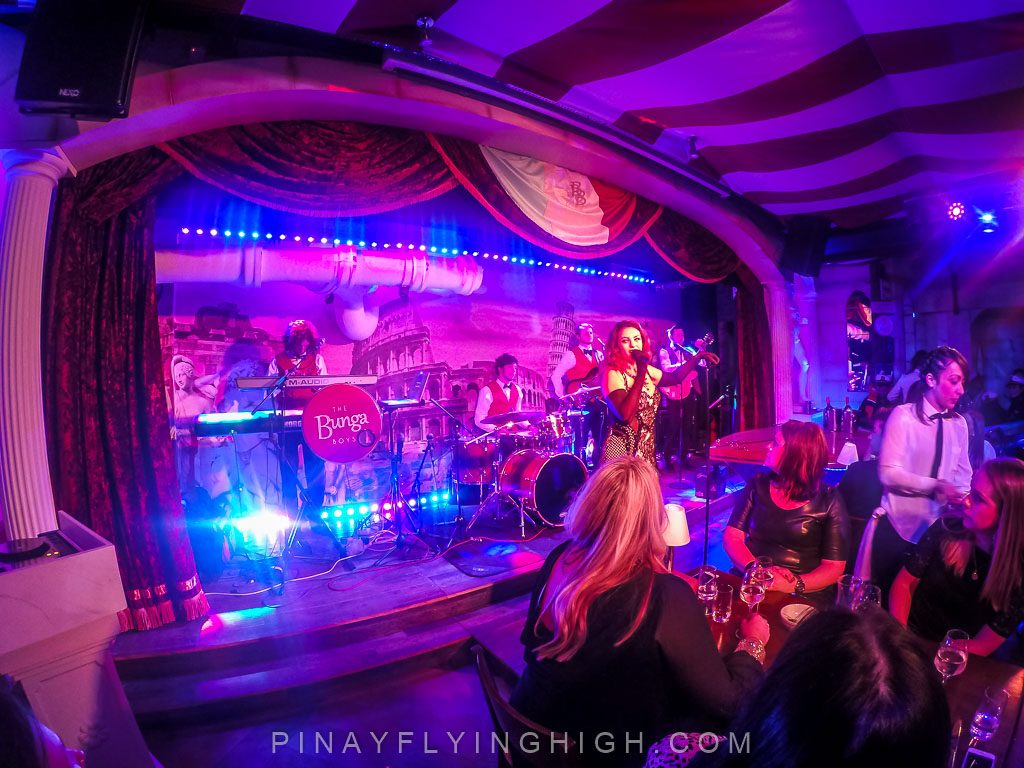 Still keeping to my promise of exploring all the unique things London has to offer, my next discovery is the fabulous Bunga Bunga in Covent Garden. Whenever I search for “unique dining experiences in London” this restaurant always comes up. Of course I got curious so last weekend, The Greek Mister and I headed out to the lively area of Covent Garden to finally figure out if Bunga Bunga lives up to the hype.

We arrived at Bunga Bunga’s Drury Lane location at exactly 7:30pm, with a sigh of relief as we were a bit concerned that we’d be late and lose our reservation which costed us £40 (price will be deducted from the total bill). Bungatini was the entrance, an all-day pizzeria which looked modest compared to what I was expecting it to be. 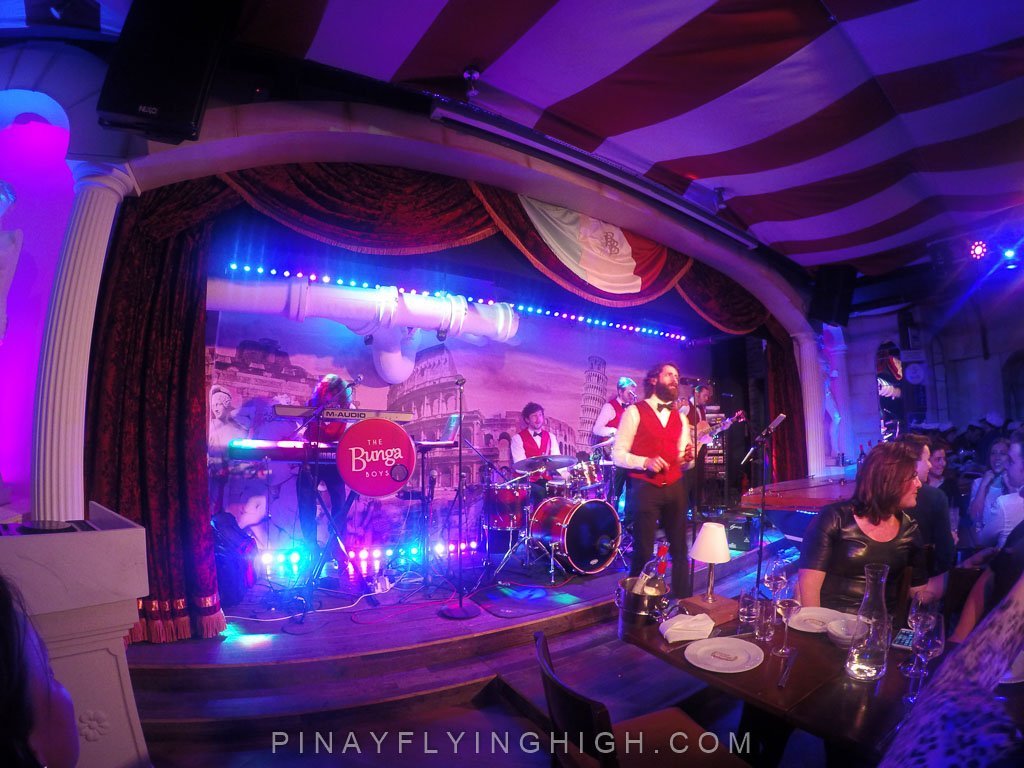 We were asked to wait at the dining area for reasons I can’t understand, we were there at the exact time that we reserved our tables for – why the delay? After 15 minutes, we were signaled by the staff to go with her through the entrance door which apparently was a meat-locker where an Italian butcher was waiting for us. A preview of what our night was about to become was evident as soon as we walked past those doors – entertainment and mayhem.

The dining area looked a bit like Vegas with a hint of a 1920’s prohibition era flair to it – none of those are what Bunga Bunga was trying to recreate. It’s actually an “Italian restaurant” which offers a variety show deemed fit for people beyond the age of 18 years. This isn’t a family-style pizzeria I learned, I wouldn’t even dare bring my very religious Aunt here. It’s not for the easily-offended because wholesome entertainment isn’t what they offer. In fact wholesome is all gone as soon as you enter the doors of Bunga Bunga after all, the term bunga bunga is a phrase used to refer to the former Italian Prime Minister Silvio Berlusconi’s sex parties. So yeah, that should give you a hint.

This is also not a place to go to if you want an intimate or romantic meal because trust me, intimacy is not the priority here when they created this place. With the tables arranged so close to each other, you’re probably going to be more intimate with the stranger seated beside you than with your date who’s sitting opposite you. Due to the table arrangement, we sort of joined the group on the table next to ours and shared their drink which was served through David statue’s hoo hah the whole night. So yeah, don’t you dare bring your date here specially if it’s a first date because chances are, someone else might take your date home other than yourself. 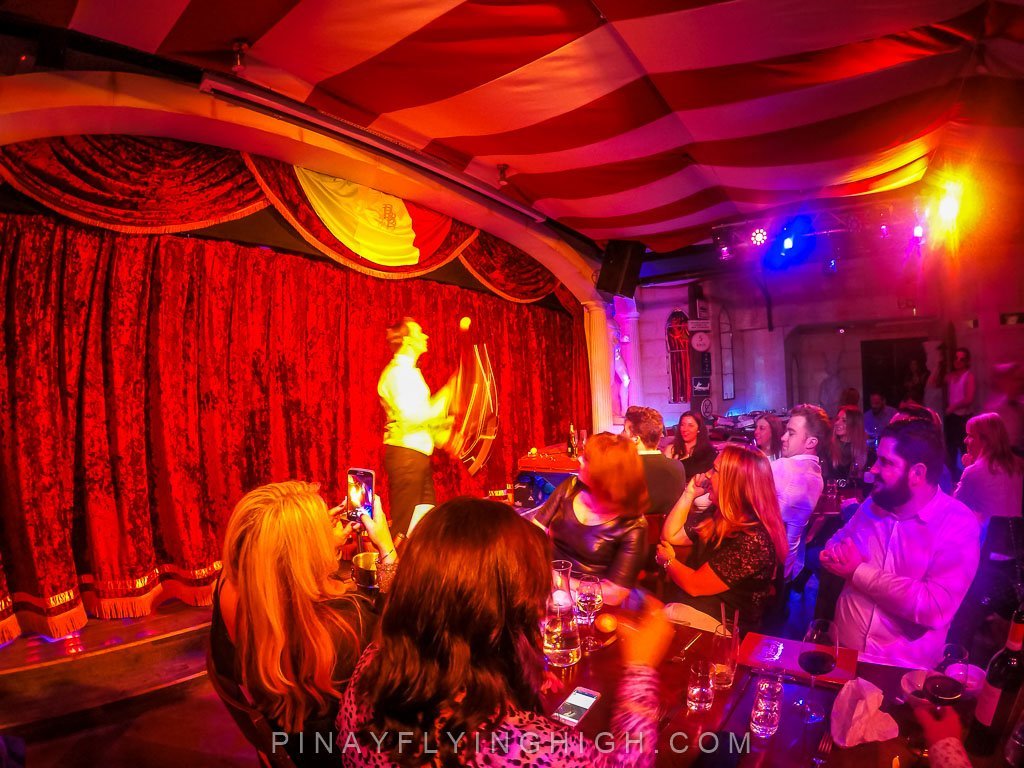 As soon as you enter the dining area, you’re greeted by waiters/waitresses and “interesting” characters who would all suddenly stop whatever it is that they’re doing as soon as the song “Tu vuò fa L’Americano” is played. We were led to our table near the stage which I thought was a good thing but learned later on that it’s probably not the best seat in the house as a lot of the acts were performed behind our section.

We booked the 6-course set menu priced £38 per person. Four kinds of appetizers were served in your typical Italian sharing style, followed by a small serving of mushroom and truffle risotto and then a limoncello granita to cleanse our palate. Huge serving of pizza came next and then a delicious tiramisu with illy cafe liqueur to end our dinner. To be completely honest, I was surprised that the food they served was actually good. Kitschy places like this normally focuses on the entertainment and design thinking that it can somehow make up for the horrible food they’ll serve – not Bunga Bunga, in fact it was actually the other way around. 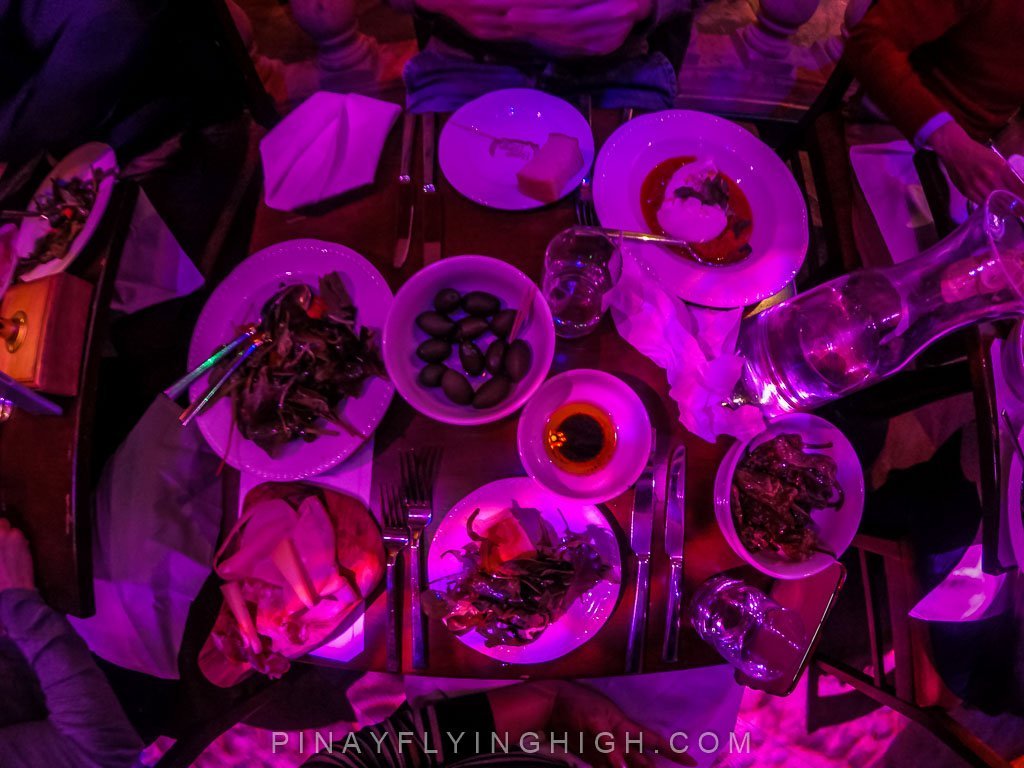 I was expecting a more extravagant, eye-popping and non-stop entertainment. I thought I’d be walking out of the place still thrilled as to what I experienced. The show however was fun but not as amazing as I expected it to be. The show started after our appetizers and then stops for a few minutes before the next act. Considering the fact that we must vacate our tables two hours after we started our dinner, I thought it was kind of a rip off as we didn’t really witness a lot of entertainment from the moment we sat down. I’m guessing since we booked our dinner at 7:30pm, we were bound to miss a lot of acts as the entertainment would be livelier later in the night. I wish I knew this though as I would’ve booked our table at a later time. 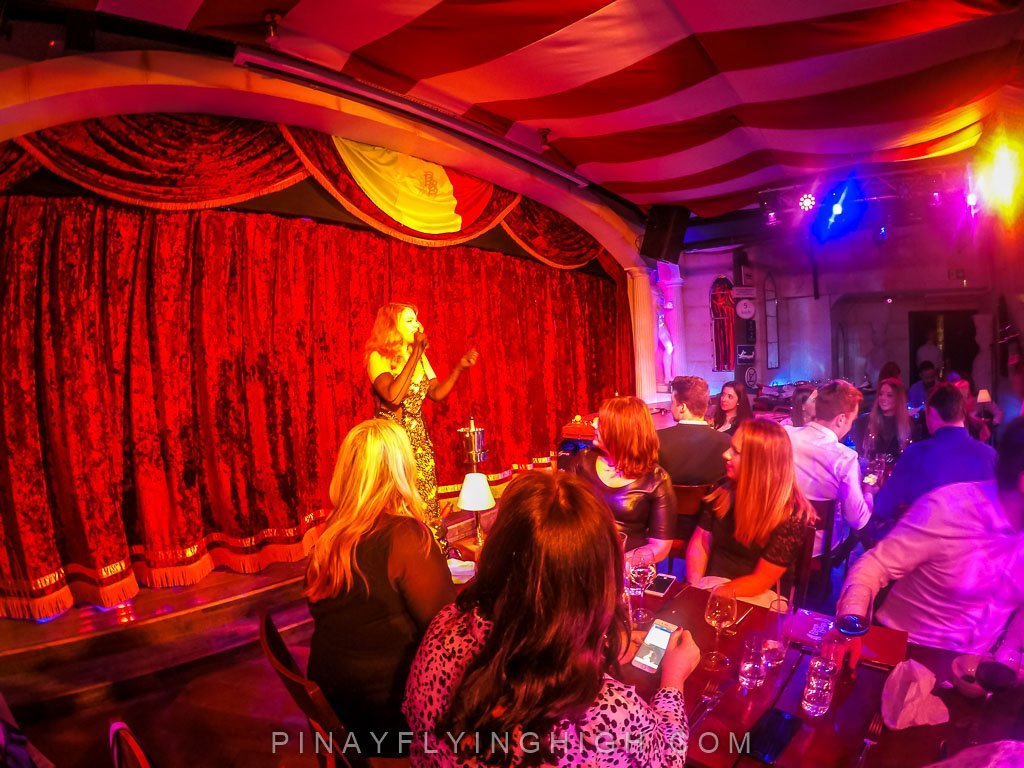 Don’t get me wrong the entertainment we had was good fun, it just wasn’t as amazing as I thought it would be. Probably because I was expecting too much from it. Will I go back there? I don’t know really, I feel like it’s a try-it-once kind of thing just to tick it off your London bucket list but maybe, if I have some visitors who I know would be up for some fun entertainment, I’d probably consider going again. 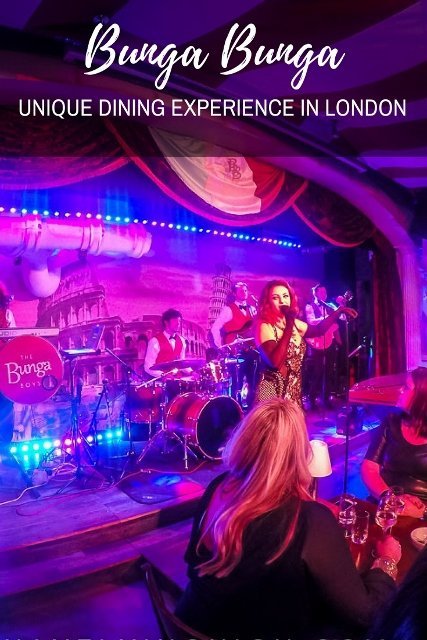