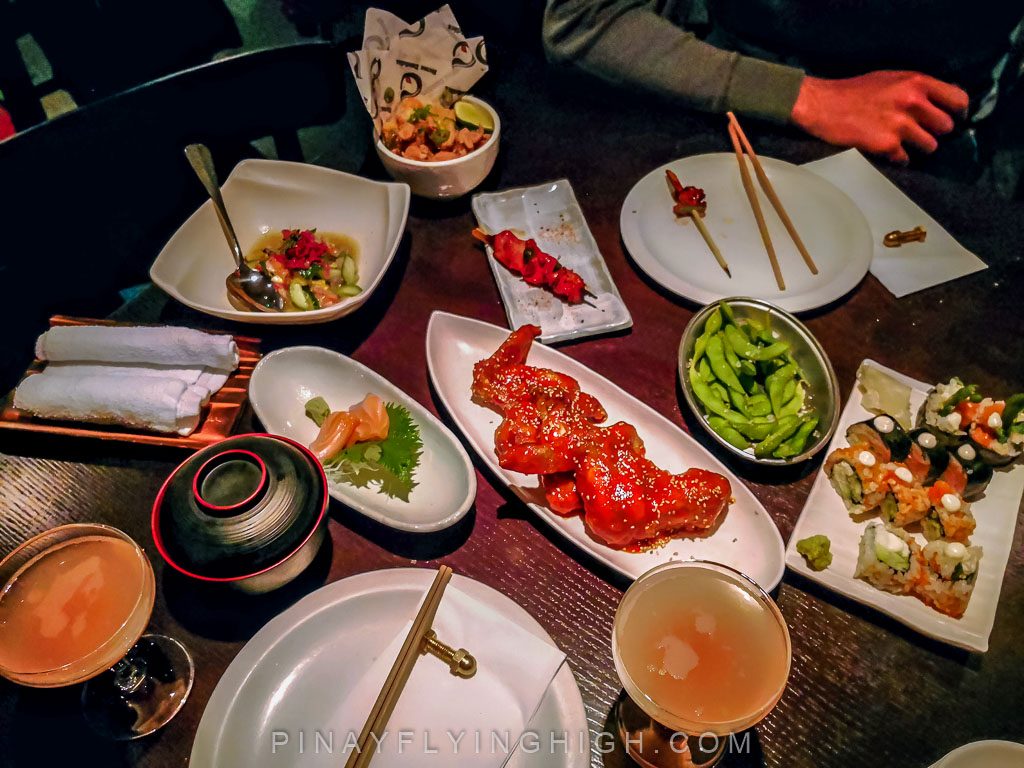 It’s been such a long time since The Greek Mister and I have gone on a proper date here in London, work schedule had been crazy with weekend duties for me. Since I’m having the weekend off this week, I’ve decided to plan something for us.

The original plan was to go to a Spanish bar and restaurant in Covent Garden but I found out that during the weekends, the restaurant becomes a proper club with party music on. I’m not going to say that we’re too old for that, let’s just say it already makes me tired just by thinking about blasting music as the background noise while you eat. So we scrapped that plan.

We haven’t really tried a brunch here in London so I thought maybe it’s about time that we do it this weekend. We’re serial brunchers when we were living in Dubai and Doha but unlike these two Middle Eastern cities with Friday brunches focusing on excessive indulgence on food and alcoholic drinks, brunches here in London aren’t as debaucherous. Normally in Dubai or Doha, all kinds of alcoholic drinks are included in the package whereas here in London it’s just mimosa or bloody mary – I don’t drink any of these, neither do the Greek Mister so we focused on the cuisine served while searching for a place to pop our brunch cherry here in London.

Flesh and Buns immediately became our choice after reading some reviews and seeing the mouthwatering photos on their instagram account. The fact that it’s also one of the cheapest Sunday brunches I’ve seen also played a part on our decision. For £39 per person, you get strawberry bellini upon arrival, unlimited small dishes, one main dish per person, unlimited prosecco and dessert for the table. 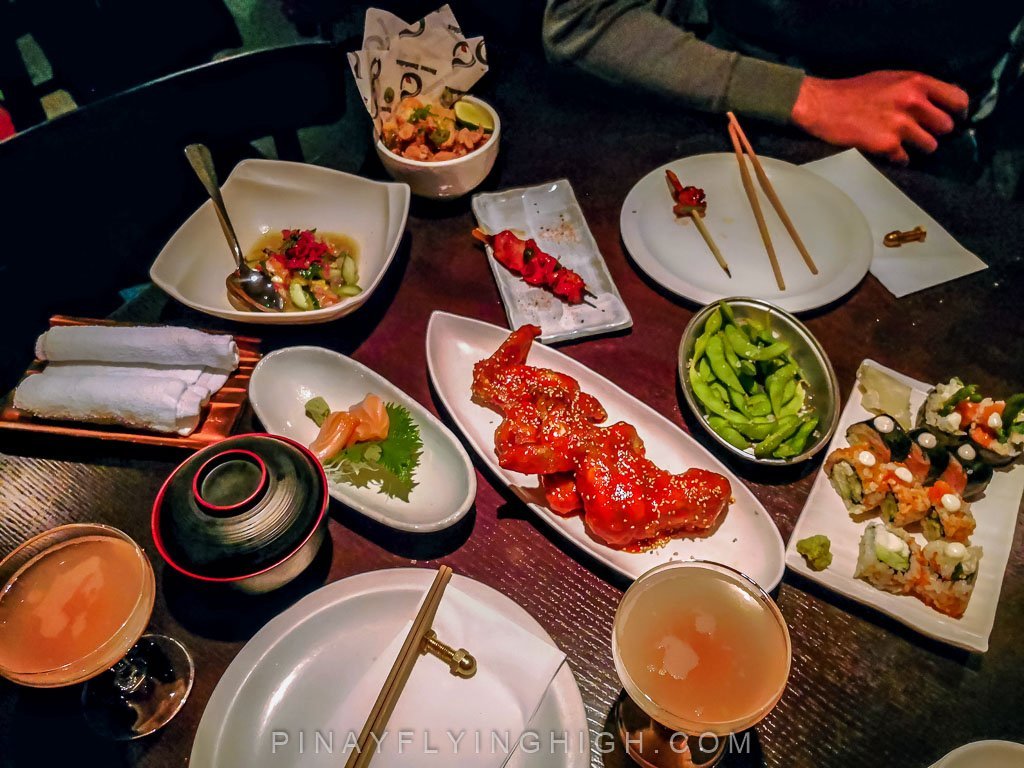 We ordered one of each of the small dishes – while everything was great, the chicken yakitori and fried squid became our favourites and neither of us liked the Korean fried wings. By the time we’ve finished with the small dishes, I was already quite full. Clearly, I am no longer used to these all-you-can-eat kind of meals. 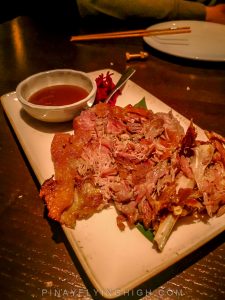 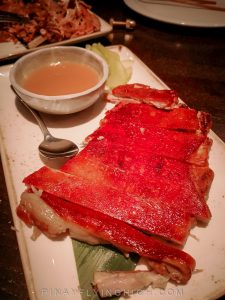 The main course was the flesh and buns, I chose to have crispy duck leg while the Greek Mister chose the crispy piglet belly. All main courses are served with lettuce, cucumber and buns. I have never had buns (or so I thought) before so I wasn’t sure what was in store for us so I was quite surprised when they served a decent portion of each of our mains. I thought it’ll be just one piece each in a bun. Also, I realized that buns are what we call siopao in the Philippines which is a favorite of mine. The Greek Mister decided to skip the buns because it looked like uncooked bread to him, worked well for me because I love siopao! 🙂

The duck leg was shredded on our table when it came and the crispy piglet belly made me salivate and wish that I’ve ordered that instead. Luckily, the husband’s nice enough to let me have a piece of it which was absolutely gorgeous! It’s incredibly crispy which matches well with the soft buns. The duck leg was good too but I found the plum sauce too sweet. 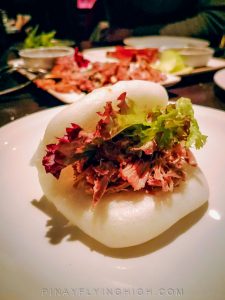 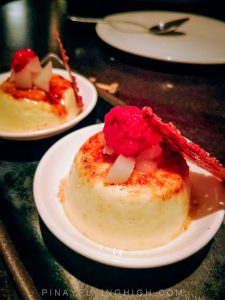 I couldn’t finish it all off though, it was really filling specially the buns. Filling and satisfying, I think I’ll be craving for buns from now on. I skipped the dessert and let the husband gobble it all up. I’m not huge on desserts besides, I feel like I’ll explode if I eat more.

All in all, not a bad choice for our first brunch here in London! I could get used to this. 🙂