Athens, Greece | How To Visit The Acropolis Like A Boss. 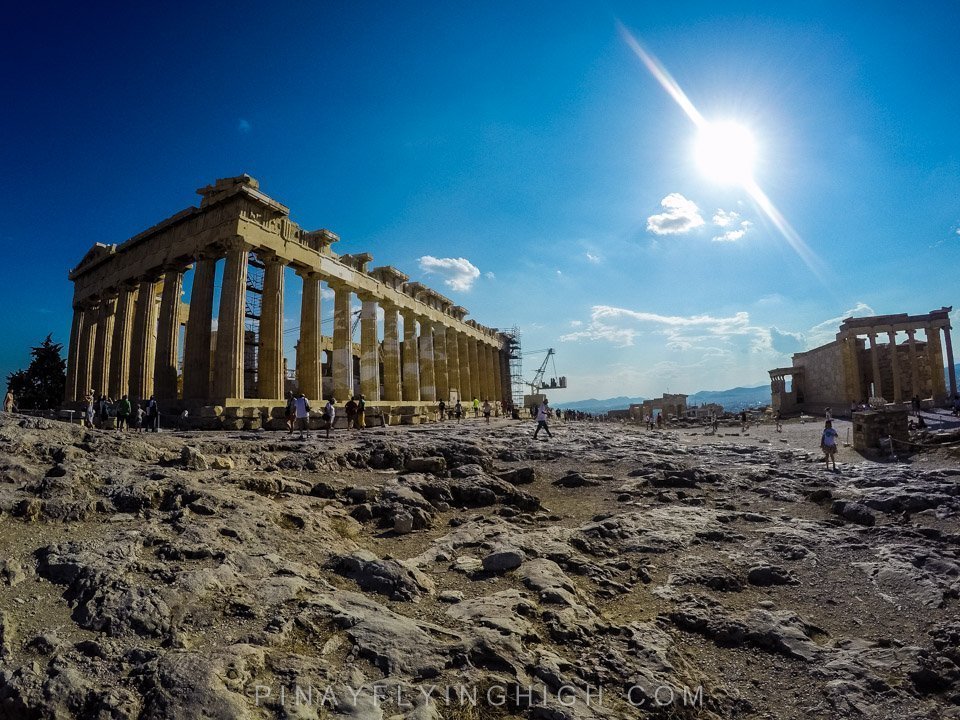 Ok, so the title is a bit misleading because the tips that I’m going to give you here will not grant you a VIP access to the Acropolis in Athens. However, I feel like it’s important for me to share these tips to the world because I sure wished I was aware of these before going to Athens. So for my own reference in case I get to visit Acropolis again, I’m jotting this down and sharing it to you as well just in case.

1. Avoid going there between 9am to 3pm.

We arrived at the Acropolis at around 11:30am as the starting point of our self-guided Athens City Tour. I thought that going to the Acropolis first before anything else would be ideal for my senior citizen Aunts so that they will have enough energy to do the climb. Oh boy I was so wrong about that decision!

Acropolis was packed! So packed that the line to the ticket office looks like a human centipede which goes all the way around the site. My Aunts were telling me that we should just wait in line but I can’t possibly make them stand under the summer heat because that will defeat the purpose of our visit, their energy will be drained just by waiting for a long time to get a ticket and then starting the climb afterwards. 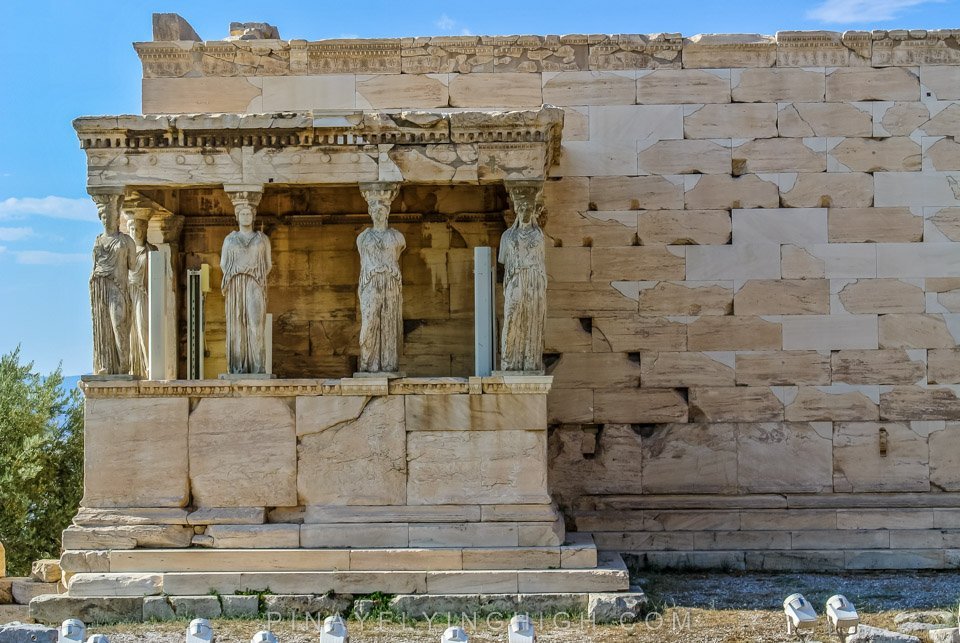 The entrance of the Acropolis which I could see from the ticketing area didn’t look promising as well, so many people were up there so I thought it won’t be such an enjoyable visit for my Aunts if it’s that packed. I wasn’t expecting that amount of people to be there because the last time I visited the Acropolis with The Greek Mister 5 years ago, it was almost empty.

I told my Aunts that we’ll just go back in the afternoon since the site is open until 7pm anyway. When we came back at 5pm, there were only 3 people ahead of me on the line to get the entrance tickets and the site itself wasn’t as crowded. Also during this time, it was no longer that hot so the climb was bearable as well as walking around the Acropolis.

I later connected the dots, the crowd of people who were at the Acropolis between 9am to 3pm were all from the cruise ships docked in Athens. So yes, avoid them at all cost.

2. Buy a special package ticket from other ancient sites. 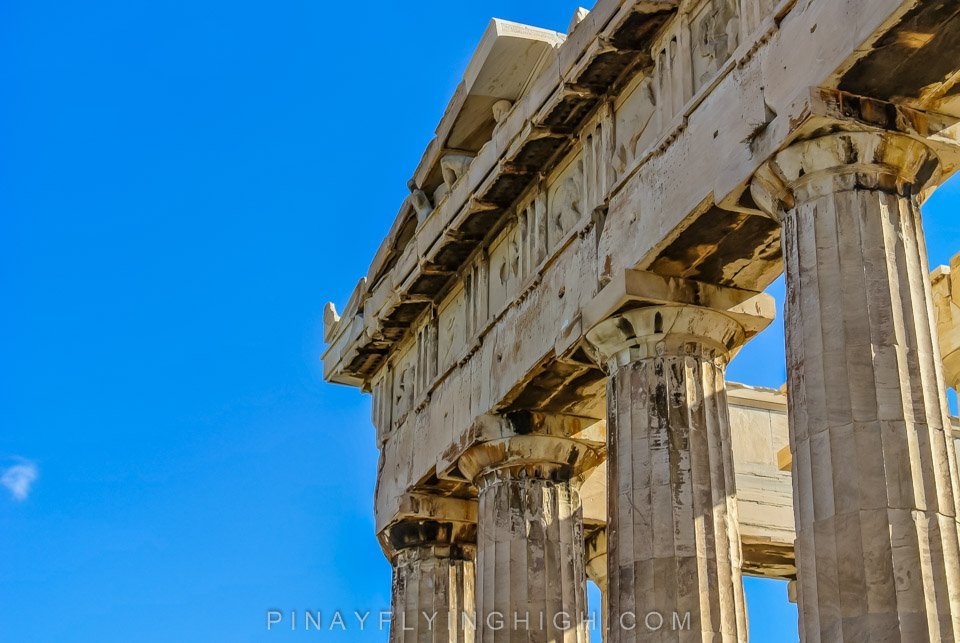 If you must visit the Acropolis during the aforementioned timings, then I suggest that you buy the special package ticket which costs EUR30 per person and will give you access to other ancient sites around Athens including the Acropolis. A good option is to buy it from the Temple of Olympian Zeus which is near to the Acropolis and will not have such a long line of people.

We decided to visit some other sites after seeing the human centipede at the ticket office of Acropolis and one of those sites was the beautiful Acropolis Museum. It’s possibly one of the best museums I’ve ever visited – very modern, informative and interesting. It also tells you the history of the Acropolis itself. At the third level of the museum, there is even a movie documentary about the site.

I highly recommend that you watch the documentary because it will give you so much information about the Acropolis. By the time we finally went up to the Acropolis, we had all the information we got from the Acropolis museum which made our trip more enjoyable. 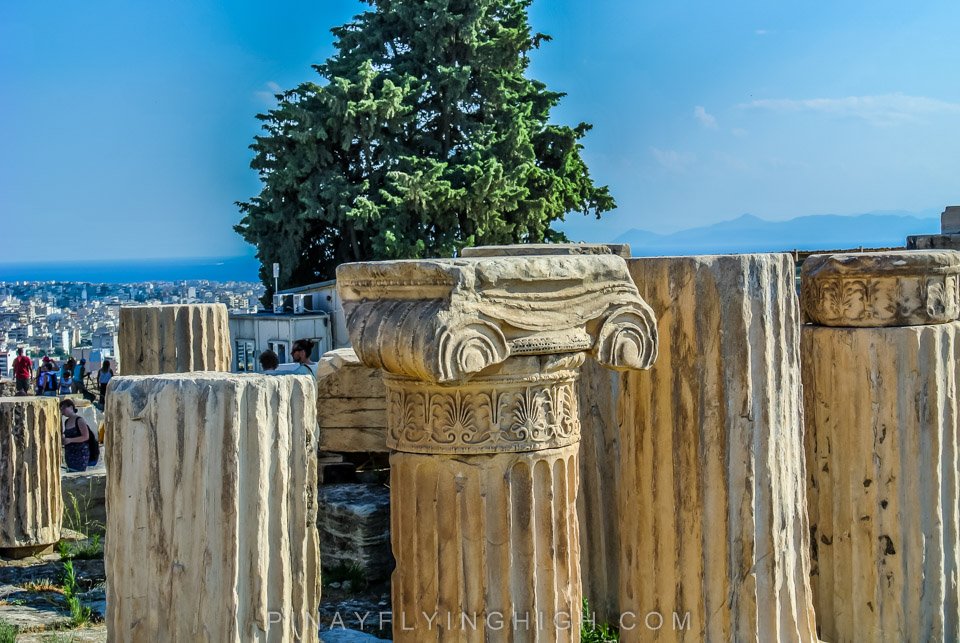 I saw many visitors wearing flip flops on the way up to the Acropolis, I can only imagine how hard it must be for them. The ascend itself isn’t that bad (my 70+ year old Aunt was able to do it) but some rocks that you’ll step on are a bit slippery. I recommend that you wear a sneakers or anything which will have a good grip. Definitely not a wedge!

5. Bring your own water. 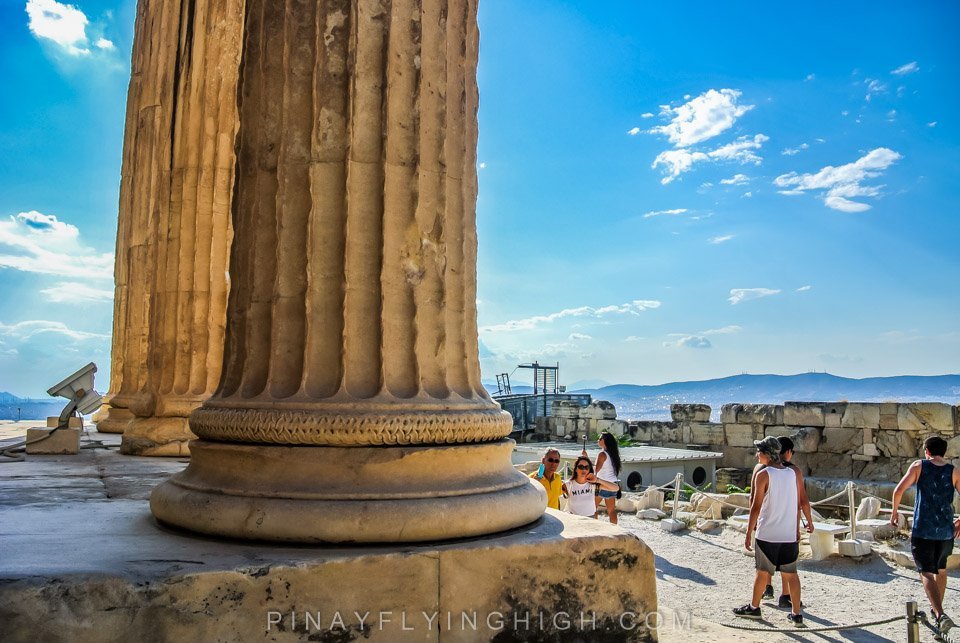 There’s a store by the ticketing office and also at the bottom of the site but they don’t sell water – only juice and fizzy drinks. I was told by The Greek Mister’s friend that it’s some kind of a tourist trap since they can only have an itty bit of income if they sell water so they would rather sell juice or other fizzy drinks instead. Lol.

I absolutely love the Acropolis and I think everyone should see its magnificence at least once. It showcases the architectural prowess of mankind even when they didn’t have the modern technology back then. It’s absolutely worth the climb and the heat, trust me.

The Acropolis
Entrance: EUR20 per person
Opening Times: 8am to 7pm, last entry is 6:30pm 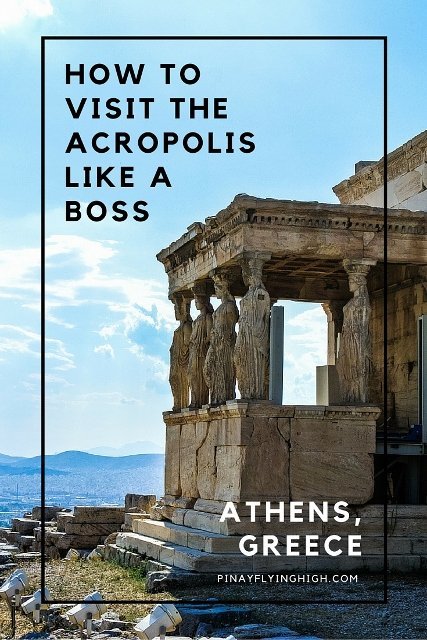