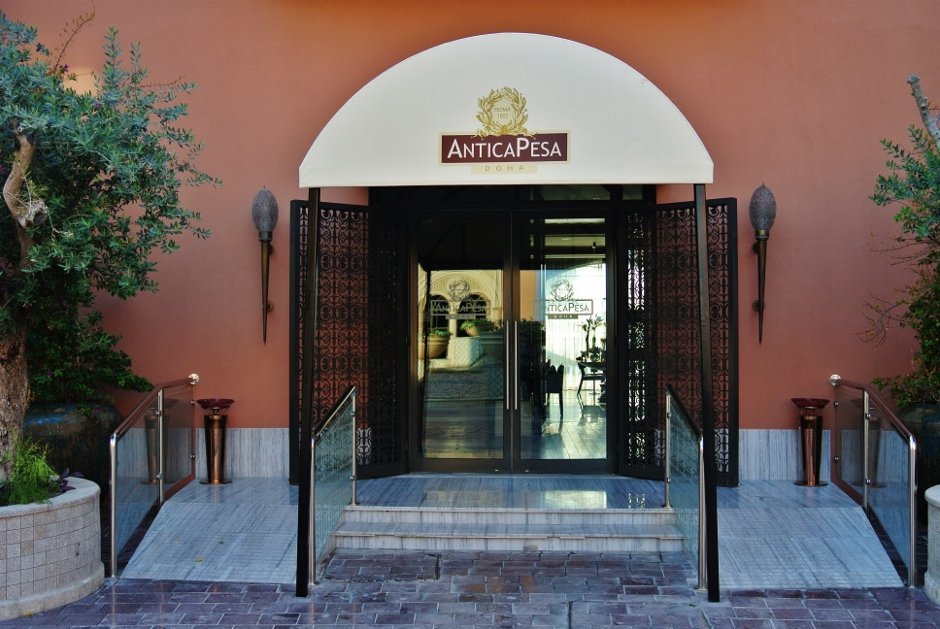 I was running late that day, there was a huge traffic in just about every street we’ve passed by due to some dignitaries visiting the country. I sent a message to my friend AM telling her that I’d be late, she replied a few minutes later “oh take your time! I have my bread, my water and the view is absolutely breathtaking here!“. I of course got curious and wanted to be there as fast as I could, it seems to me like I’m missing out on something that she’s already enjoying. I had to stop myself from telling the UBER driver to drive faster when I saw that he was already driving 5km over the speed limit.

15 minutes later, I arrived at the majestic Marsa Malaz Kempinski – THE place to be seen now in Doha. It was my first time to be there, I know! I know! Very late and not keeping up with what’s in and hot in the city. But you see, there are way too many properties here in Doha and there’s only one me. As much as I’d love to, it’s just not possible to be everywhere all at once – unless I clone myself. When I reached the grand lobby, I was told that I would require a buggy car to go to Antica Pesa as it’s located outside of the hotel.

Outside Antica Pesa Doha, the Italian vibe can already be seen and felt. A faux-balcony with bougainvilleas streaming down from it above the main entrance did remind me of some of the places I’ve visited in Italy. I walked in and was greeted by a receptionist who immediately told me that my friend is already waiting for me. Mind reader? Maybe. But that gave a good impression of the service I’m about to receive from them. 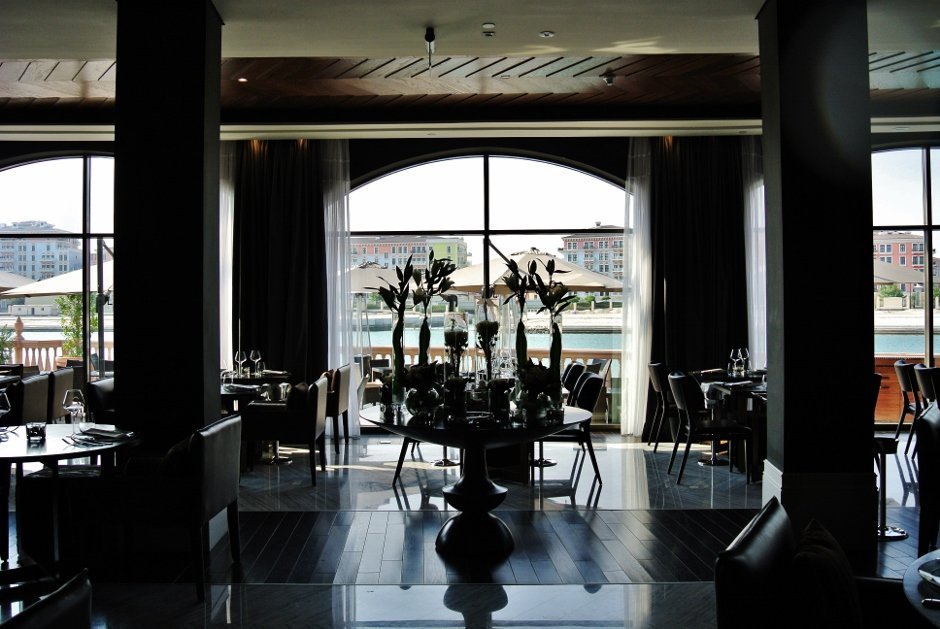 As I walked in the restaurant, the floor-to-ceiling windows which gives you the outside view mesmerized me. It was indeed breathtaking and more so when I finally went outside to meet my friend, who at the time was standing – looking out to the sea, getting some sun. I immediately grabbed my camera to take photos of the place, not wasting any second. My friend AM didn’t mind as she was enjoying the glorious weather.

We were there for a business lunch, priced at QR90 for a 2-course meal per person which considering their normal prices, is a great deal. They’ve got quite a good number of options for each course which made it quite quite hard for me to decide what to have as everything sounded and looked enticing for my hungry stomach. 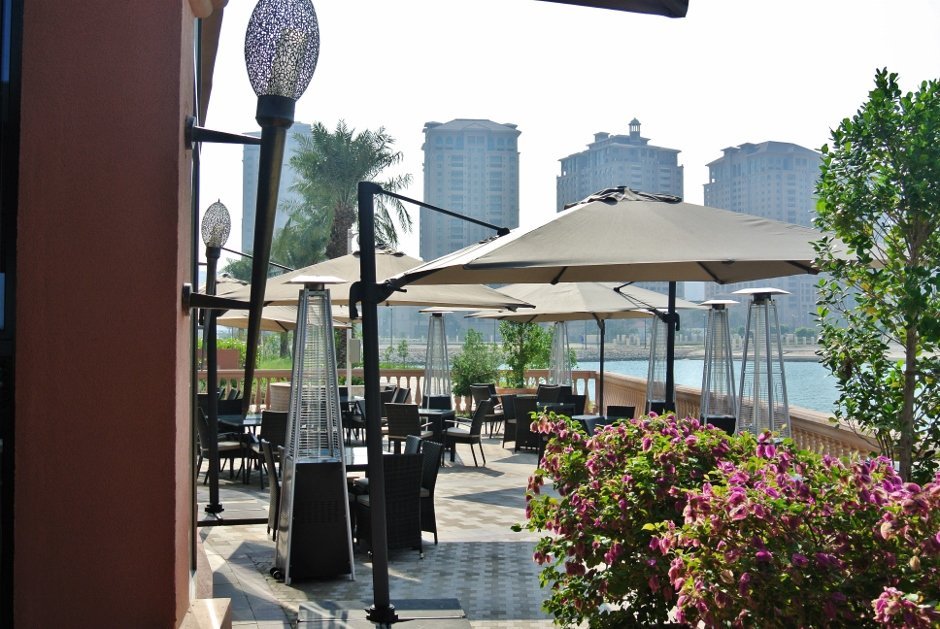 As soon as we’ve finally decided, we’ve placed our order and an amouse bouche of fried mozzarella cheese balls came our way. We ate this with our bread which were all rich in flavor. The bread basket alone is worth coming back for and that’s saying a lot because I’m not even a bread fan. 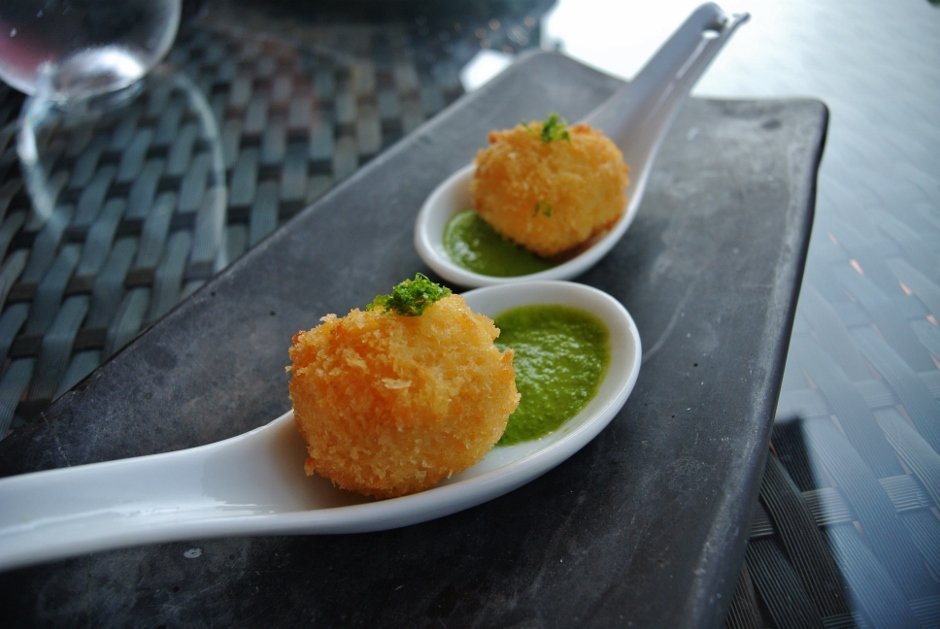 My friend and I both had tempura di calamari al bergamoto for appetizer which was a wrong move for us I guess. We should’ve ordered two different appetizers and shared both. Next time I guess. 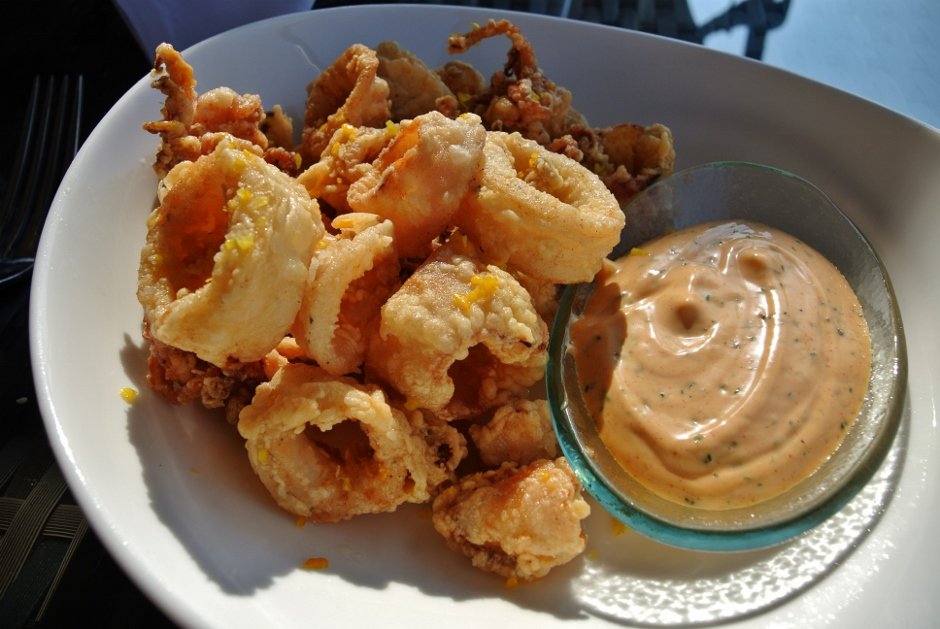 The calamari was crispy but a little bit salty for me, my friend didn’t think so though. It was complimented by the zesty sauce on the side which somehow eased up the saltiness for me just a bit. We took our time to finish our appetizer, which was new to us since we normally just gobble everything up once laid on the table. I realized now that we were both prolonging our stay in this restaurant as it’s just oh so lovely! 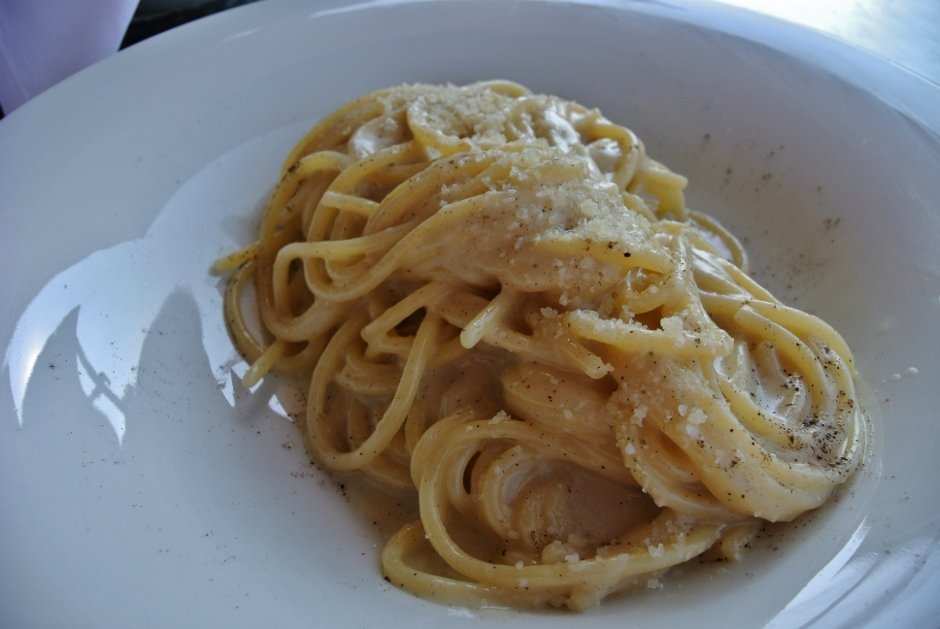 I had spaghettoni cacio e pepe for main course which again, was a little bit salty but after a bit of mixing in the sauce with the pasta it became better. The sauce was creamy and at the same time, very heavy. I wasn’t able to finish the portion.

My friend had veal escalopes with porcini mushrooms which looked wonderful! I wanted to switch plates with her as soon as it arrived. She was kind enough though to give me a portion of it but unfortunately, it was again too salty which my friend agreed to. I’m not sure if it’s just me but generally, I like salty food more than sweet ones. The dishes served at Antica Pesa though all had an overbearing saltiness which my taste buds recognized immediately after the first bite. Oh well, there’s always water to wash it down. 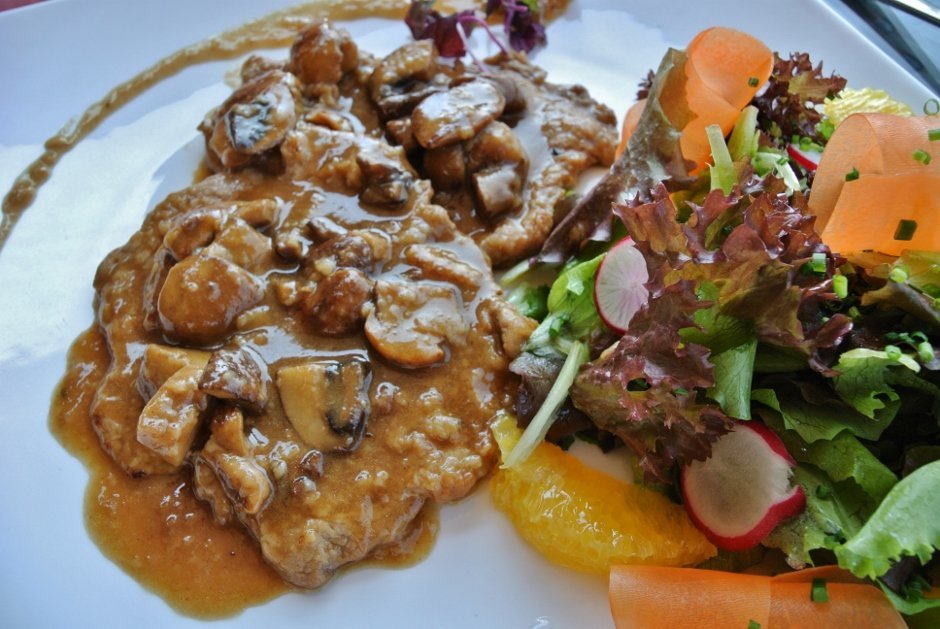 As the server cleared our table, she asked if we wanted to have some coffee, tea or desserts but then my friend and I were already too full from what we ate besides, I’m not really into sweets. We stayed there longer though and at some point, the server gave both of us an espresso on the house. For a restaurant like theirs, I clearly wasn’t expecting they’d be as generous to their customers.

I’m not so sure why but even if I wasn’t entirely pleased with the dishes, it was still a very nice lunch for me. Their outdoor seating area is phenomenal and the service was superb. You can call me crazy but I’d go back there again and again for their business lunch if you ask me. 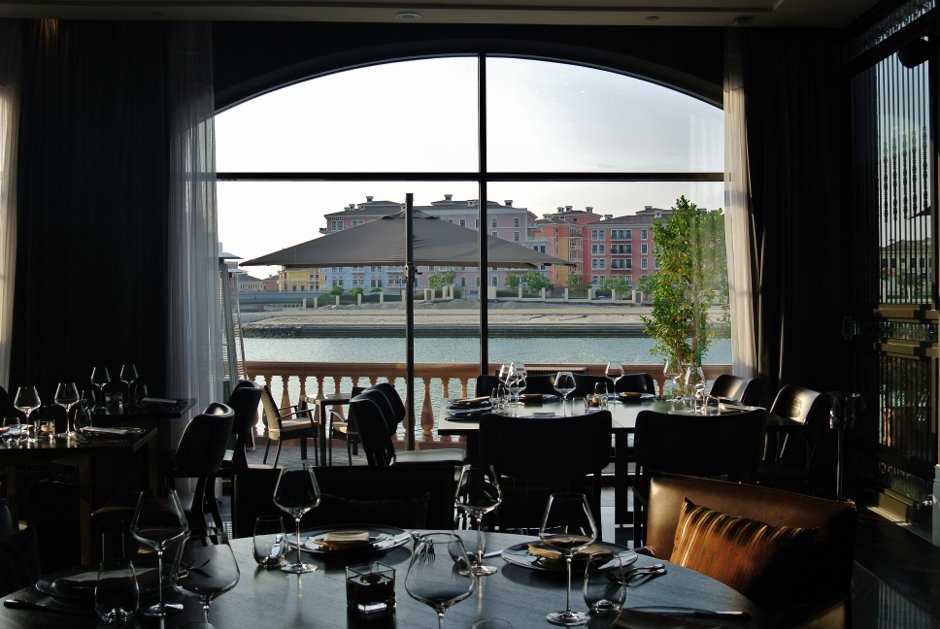 As we paid the bill and left, there was only one thought in my mind “How great would it be to spend our Christmas brunch in Antica Pesa?“. I immediately called The Greek Mister and with a little convincing (I sent him the photo I took of the outdoor patio as I know that would be enough to make him say yes), we booked ourselves a Christmas day brunch at Antica Pesa. Now, there’s another reason for me to get all excited about Christmas.

This is NOT a sponsored post.
For more photos, you can visit this Flickr album.
Linked with Travel Photo Thursdays.